A lazy weekend and back to Beeston


On Saturday morning I put primer on the roof rust spots we had both prepped on Friday.  Stupidly I put my hand in the paint pot at one point creating far more work.  Once I was cleaned up (and the roof) we wandered into Kegworth to pick up a paper.  We passed a family of swans – Karen felt the rear wasn’t well protected as both adults were in the front. 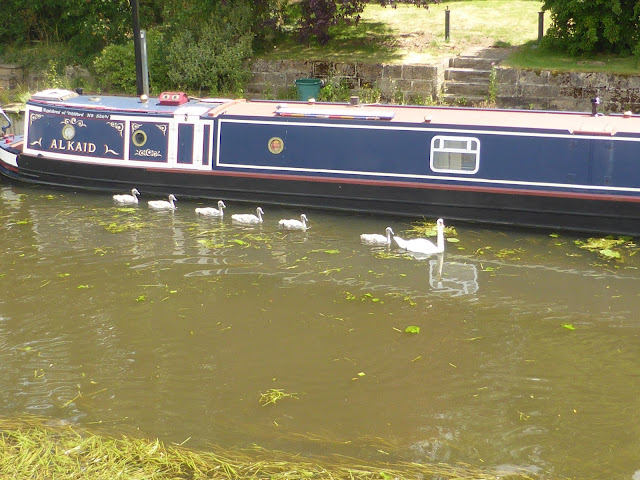 When we got back to the boat we spent the rest of the day sitting on the bank reading.  Only two people walked past all afternoon so it was very peaceful.

We are heading back to Beeston on Sunday where my eldest daughter Sophie and her boyfriend Yanos are joining us for a few days.  As we were facing in the wrong direction we knew we had to turn round at some point.  We loved our quiet mooring and were concerned that as soon as we moved off to turn round another boat would take it.

We risked the move in the late afternoon travelling a mile upstream to Kegworth where we thought we could turn outside a boat yard.  As it happened, it wasn’t a very good spot and the wind wasn’t helping us either - the boat yard owner, Dave, came out to help when he saw we were in a pickle.  Anyway, we gave up in the end and he told us about a wider spot higher up.  We set off again and went through Kegworth shallow lock… 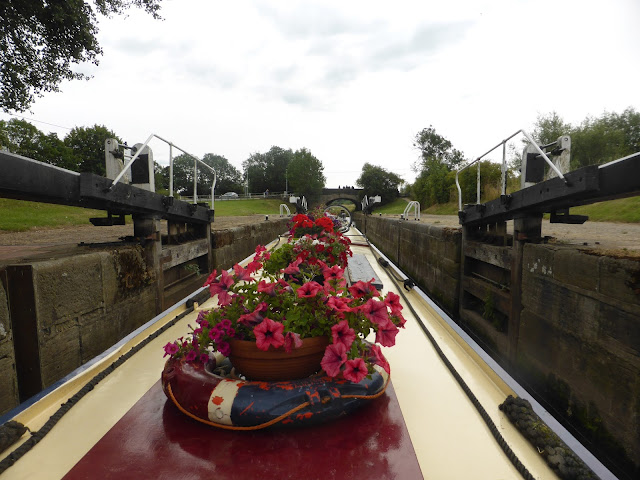 …and then the road bridge which has been extended on both sides over the years. 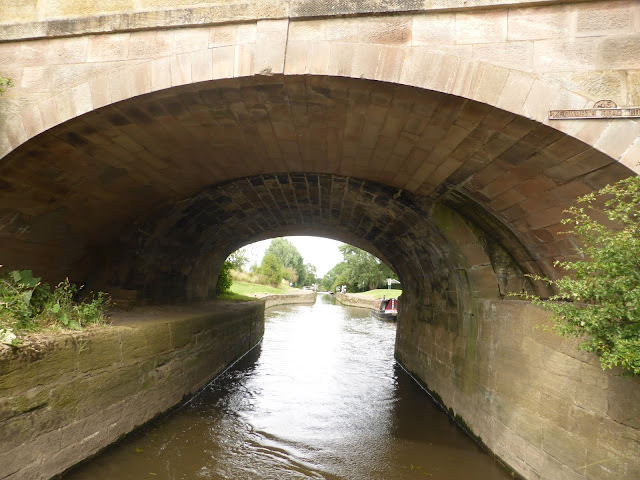 We turned round at a river junction and headed back to find our mooring again – fortunately it hadn’t been taken. 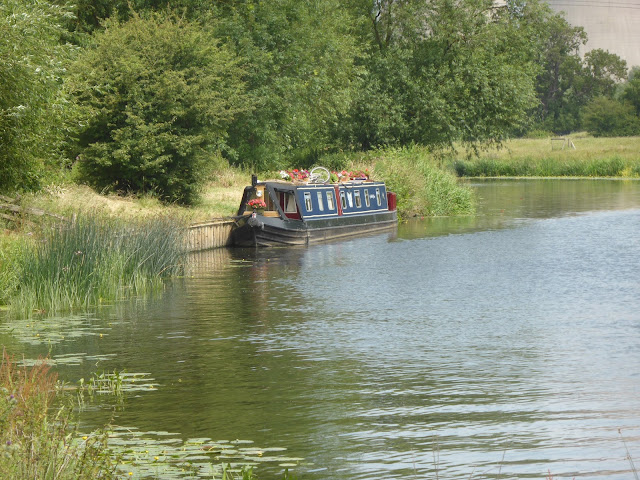 We had now found another reason we prefer canals to rivers.  The map guides we use show winding holes on canals with an indication of the maximum length that can wind there.  Rivers are not marked in the same way which is fine for the likes of the Thames, Trent and Severn which are wide enough along most of their navigable length but not for narrower rivers like the Soar.

On Sunday we headed back down the Soar and rejoined the Trent down to Beeston.  We took on water after coming down Beeston lock.  We had to reverse into the opening of an old lock which was closed in the 1940s.  The purpose of the lock was to allow shallow drafted craft to re-enter the Trent just below the weir which would have made their journey through Nottingham a lot quicker than going by the canal. 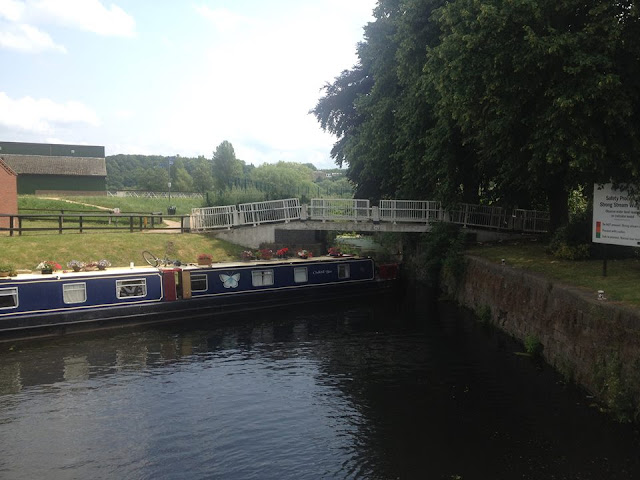 We found a winding hole to turn the boat in and moored back at the same spot we had left the boat at when we went home last week.  Karen got straight on with watering her plants. 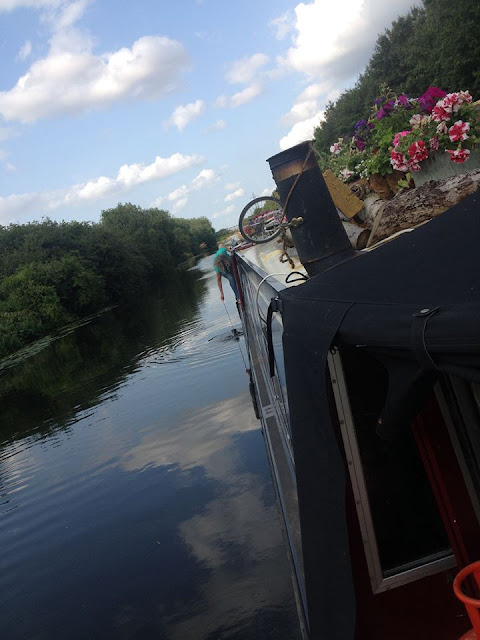 Sophie and Yanos joined us in the evening and Karen served us roast chicken which had been in the slow cooker all day.