As we want to be in Nottingham next Monday for Cat’s graduation we thought we would cruise down the River Soar to Loughborough and then return.  (Whenever I see signs for Loughborough I am always reminded of the nine different ways 'ough' can be pronounced in English words).  We needed a pump out so I rang the boatyards between Nottingham and Loughborough and there were no operational machines. Bitter experience in the winter taught us to ring ahead first as the machines seem to break down regularly.  The closest place I could find was at Sawley, practically back on the Trent & Mersey at the end of the navigable Trent.

As the day was going to be spent on rivers without tow paths we took Buddy out first.  The sun and butterflies were out but few were settling long enough to get a decent shot.  Here is a rather tatty Small Tortoiseshell. 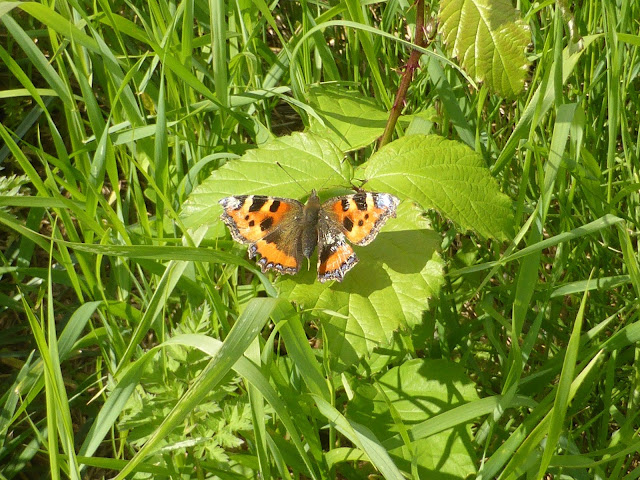 Buddy has started carrying sticks – here he is with two. 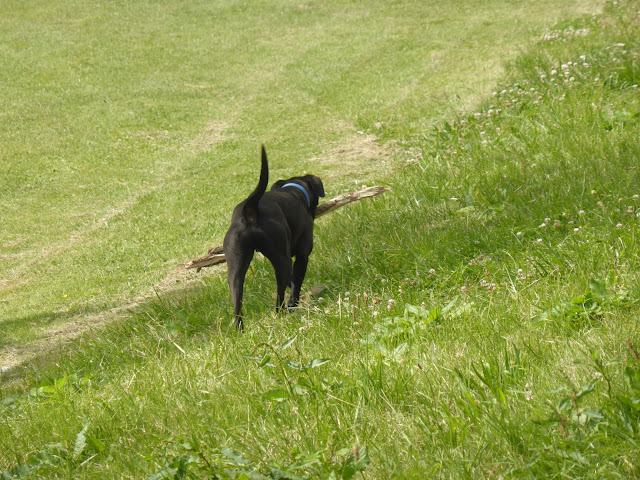 We retraced our steps up the Trent to Sawley.  The locks at Sawley don’t usually have a lock keeper but are still electrically operated.  Here are the controls that Karen had to suss out. 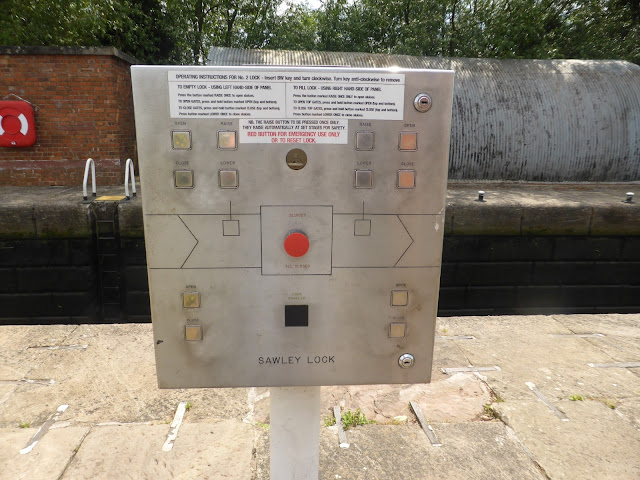 After the pump out we turned round under the M1 to head back down to the junction with the River Soar.  Karen felt sorry for these cows and calves sheltering from the heat under the M1 bridge as they had nothing to graze on. 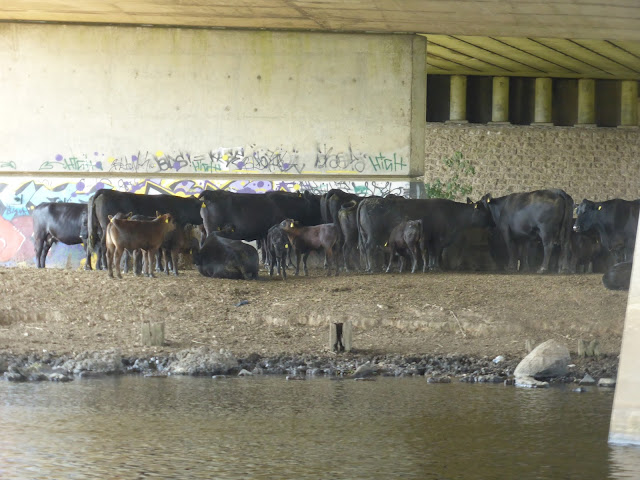 We turned right here off the Trent onto the River Soar.  A few weeks ago we had turned left at the brick bridge to go up the Erewash canal.  Straight on is into Nottingham and the northern Trent. 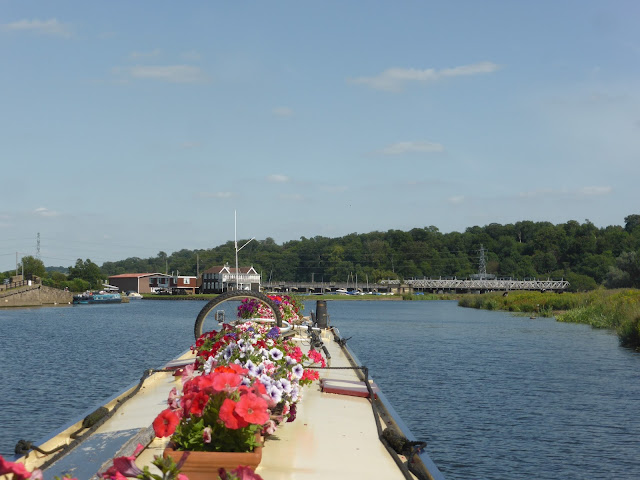 We preferred the Soar to the Trent as it is not so wide and therefore more canal-like. 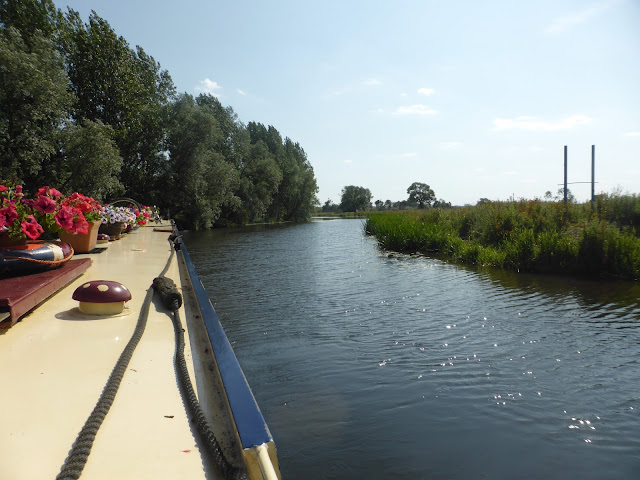 Some of the boat/summer houses along the river were fairly substantial considering they were built on stilts. 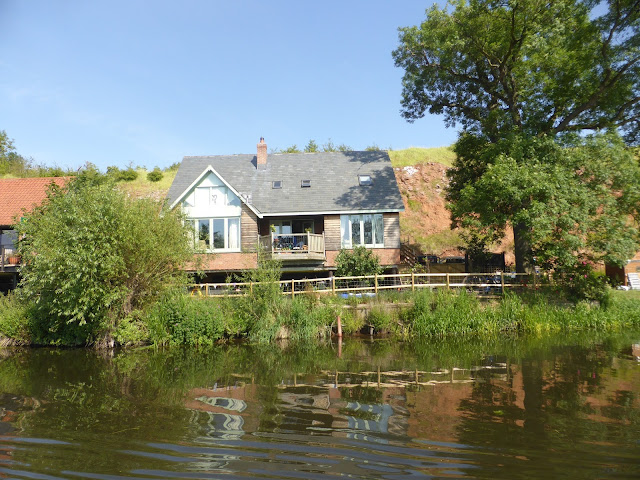 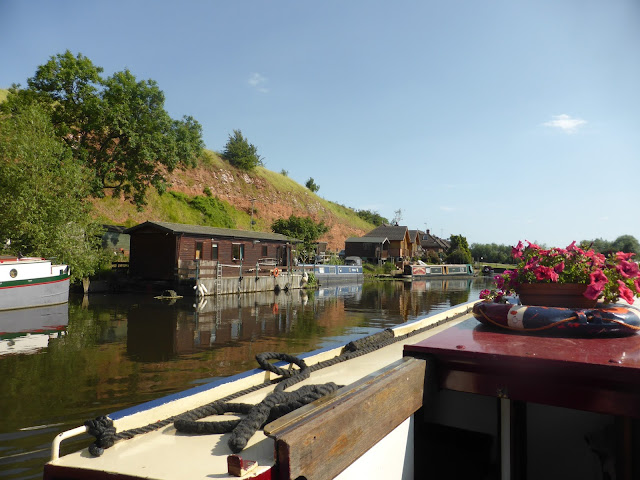 We though that using the innards of an upright piano as a garden ornament was a bit unusual. 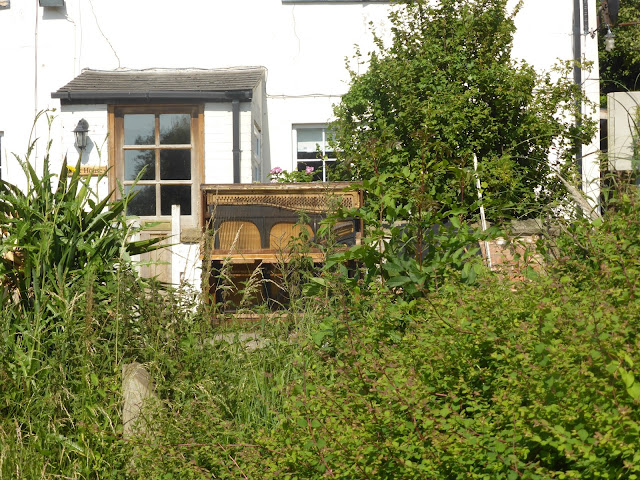 The first lock on the Soar is a flood lock called Redhill lock.  This is closed when the River Trent is in flood and navigation is not possible.  We had been stuck at a flood lock at Shardlow in the winter waiting to get onto the Trent and gave up waiting for the levels to drop after a week or so. 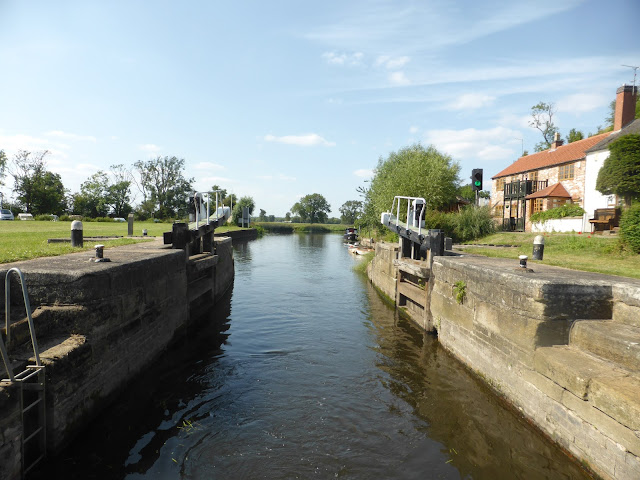 The second lock was Ratcliffe lock. 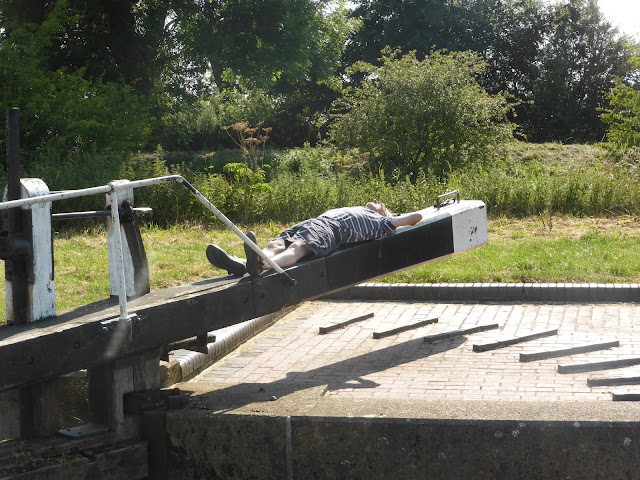 All the locks on the Soar are double width locks and originally were built in pairs as there was so much traffic.  Only the bollards remain of the other lock at Ratcliffe now - hidden in the long grass. 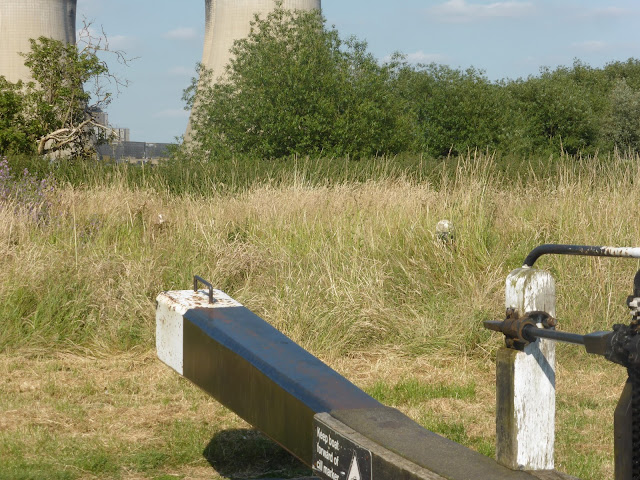 The power station at East Midlands Parkway dominated the skyline for several miles. 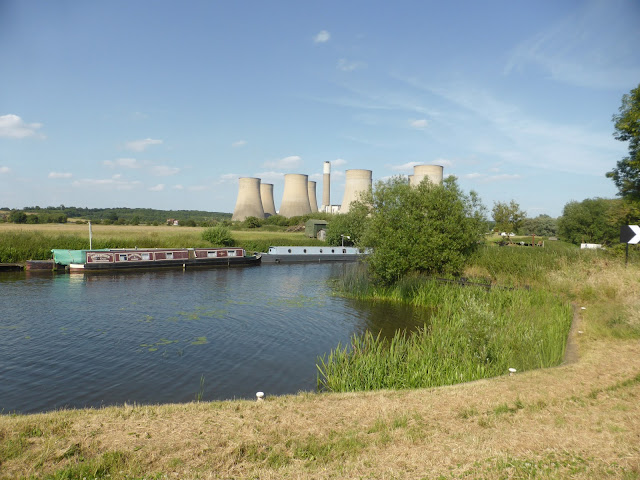 The River Soar used to be a really important trade route as it joined the Grand Union at Leicester to the East Midlands and River Trent at Nottingham.  This opened up a trade route between the Eastern Midlands (and places like Ripon and York) and London.
We moored at a really pleasant spot north of Kegworth and sat outside all evening reflecting on the fact that we had had such a brilliant day.  Our few days on land had been so hectic that is was a welcome relief to be back on the boat where we can relax. 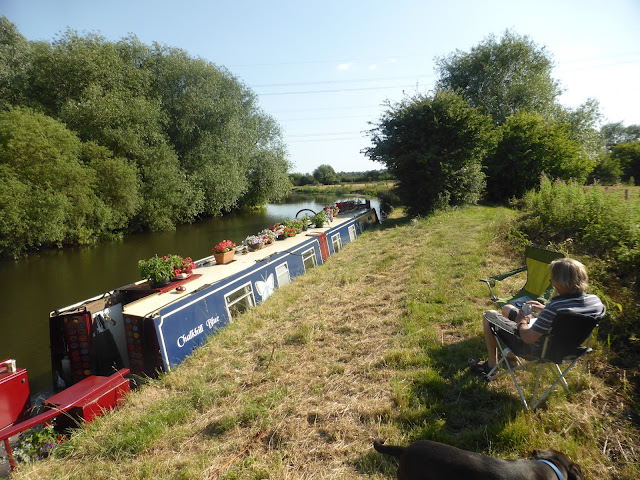