Karen was watering the plants on Monday morning when a boat came past.   She asked them if they were going down Knowle locks and as they were she said we would set off and come down with them.  It makes double width locks a lot easier if you can go with two boats and share the crew.  Unusually, the man, Phil, was operating the locks and Dot was driving.  As it gets very windy at Knowle Dot and I went in and out of the locks side by side.

We often get people taking photographs of our boat or posing in front of it like this lady on the bridge. 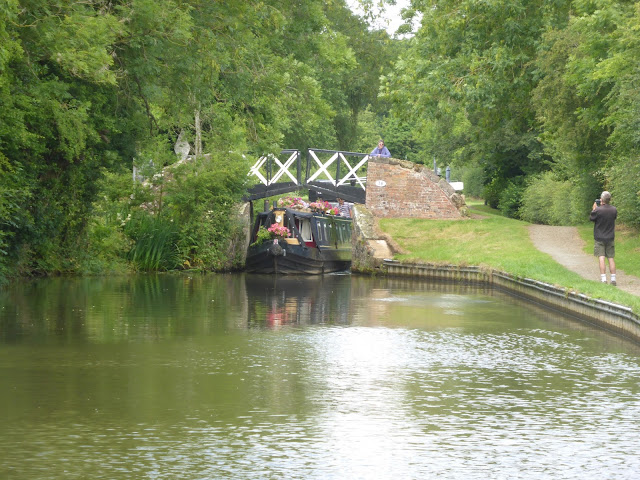 We moored up after the bottom lock at Knowle as we had several phone calls and some admin to do.  When we set off again we passed Wendy’s boat by the Black Boy pub - hopefully her leg mends soon and she'll be back on aboard. 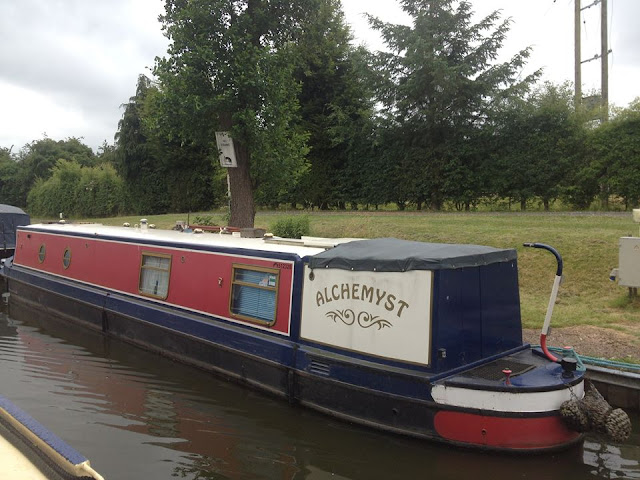 This Mute Swan family is the largest we have seen this year – eight cygnets survived so far. 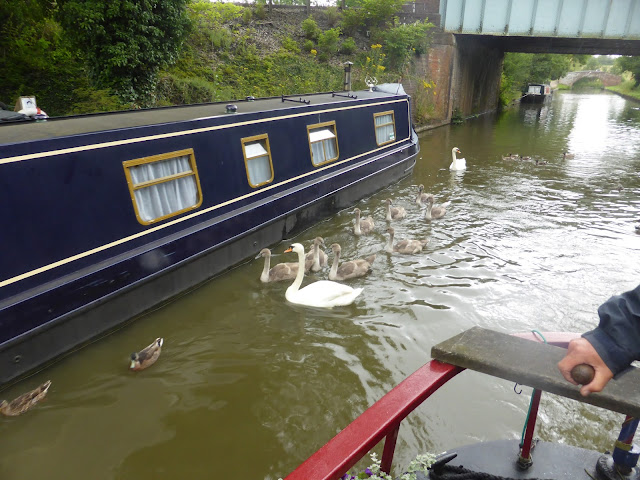 At Kingswood junction we stopped for lunch and had a walk around.  A grass snake was sunning itself on the warm bricks of a bridge but scuttled away at the sound of us.  Buddy appeared to be sensible and kept his distance.  After lunch we left the Grand Union and joined the Stratford Upon Avon canal.  We immediately saw the changes we noticed when coming down here in the winter such as the barrel topped lock cottages and the split lock bridges as in the picture at the top. 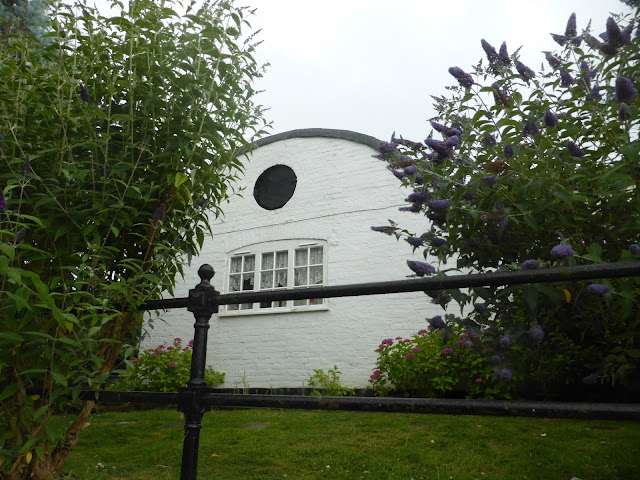 The stall outside one lock cottage was as empty as it was in the winter. 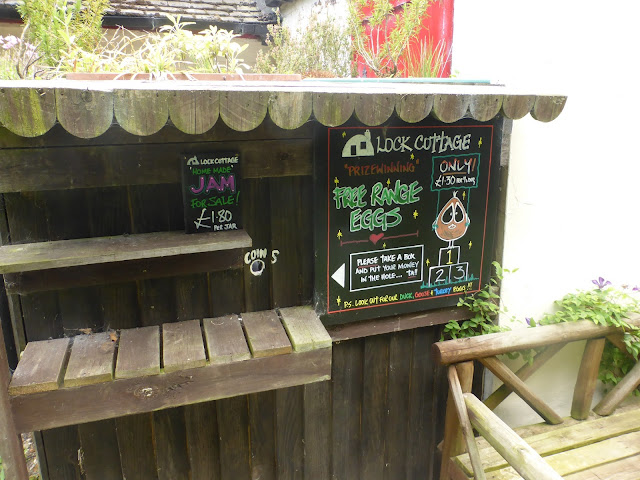 But they seemed to have acquired a pair of Indian Running ducks who seemed happy running round the lock. 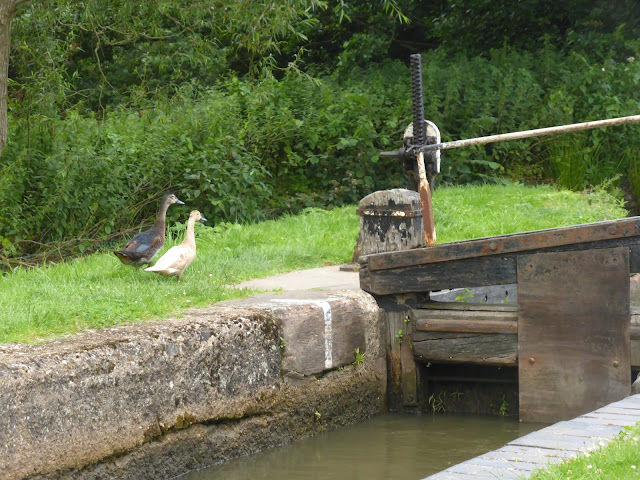 We keep thinking we must take pictures in the same setting as we did in the winter so we can see the changes between the seasons.  It does mean we will have to trawl through our old photos, find a candidate and then remember to take a picture when we get to the right spot.  Oh well, we’ll see what we can do.

At Ned lock we passed an Antony Gormley sculpture that has been placed there for a year until next May.  We’re not arty people but it did give the feeling of tranquillity and peace.  Gormley statue overlooks Stratford upon Avon Canal. 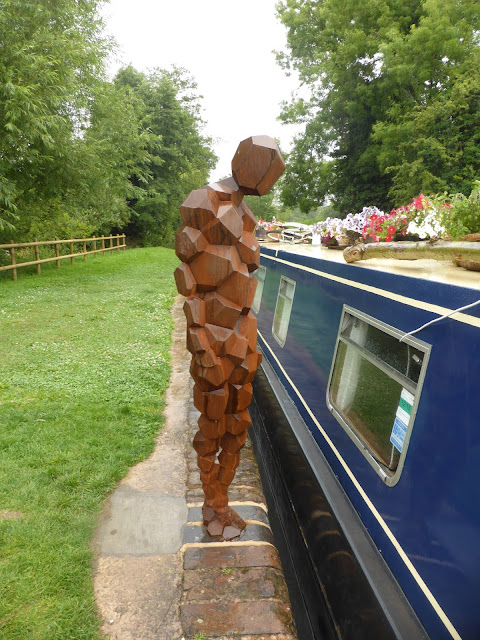 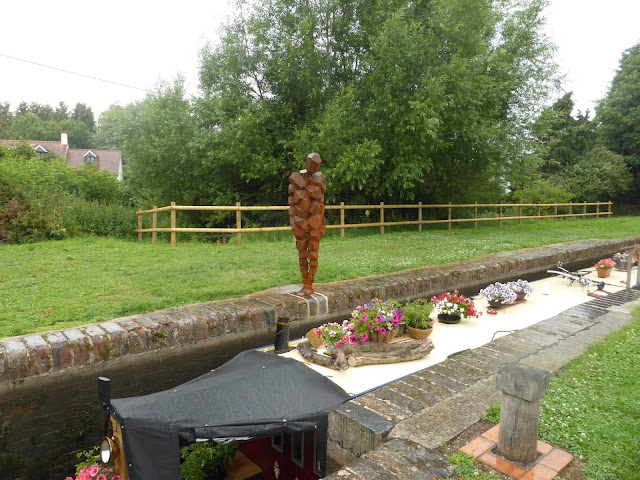 We took on water at Lowsonford and we couldn’t help talking to this guy about his garden. Karen was really impressed and more than a little envious.  As he is on permanent moorings he doesn’t travel with the garden other than backwards and forwards to the water point.  He does the garden every year but clears it out every winter so he can go cruising as you couldn't cruise with a garden like this. 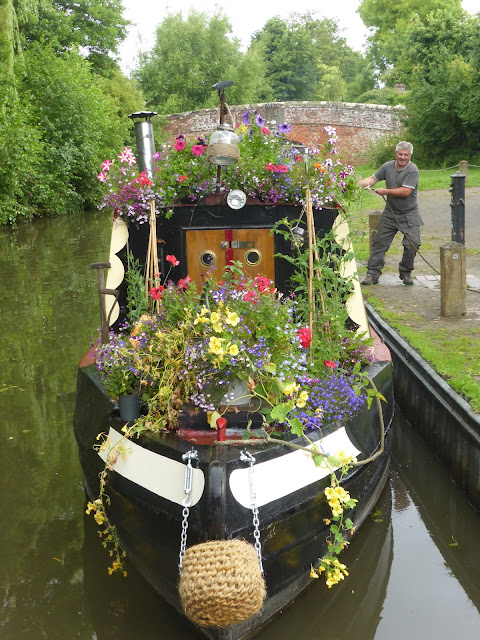 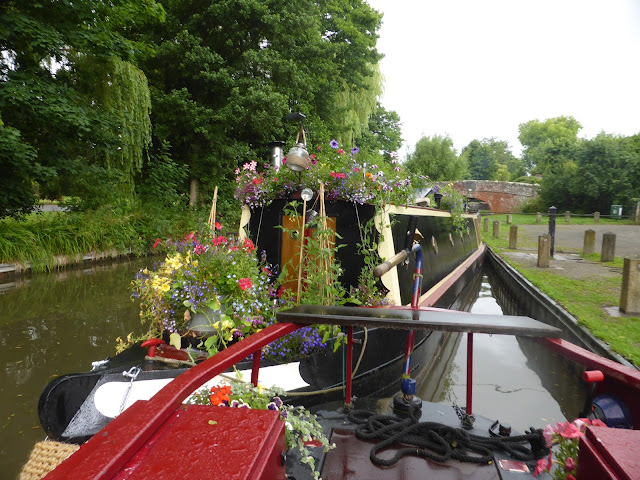 We moored up for the night at a quiet spot below Lowsonford lock having completed eight miles and 16 locks, the last hour in pouring rain.  Still, it didn't last long and Karen cooked some gammon from a local farm.  She prepared it with English and Dijon mustards and honey - the ham not the farm!