Back in the centre of Nottingham 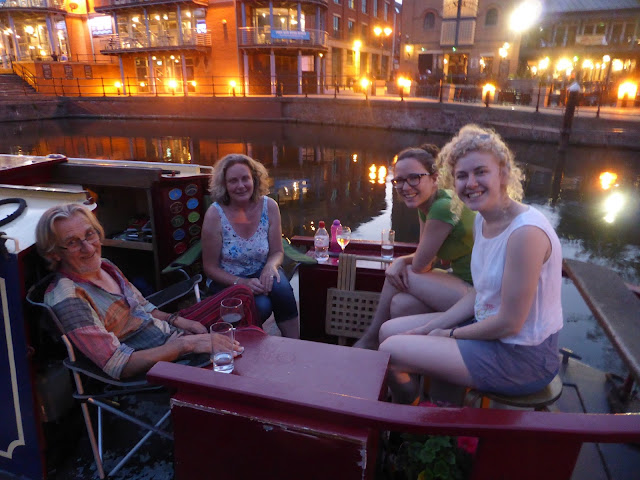 Thursday promised to be the hottest day of the year so far and it certainly felt like it first thing. 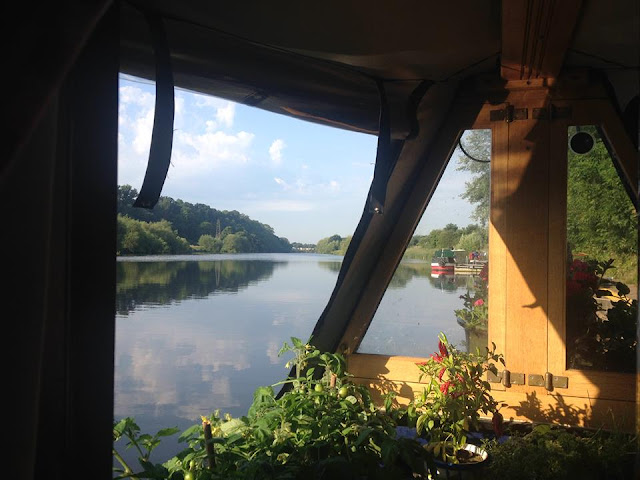 We went for a walk before it got too hot and met a couple of guys who had four dogs between them.  One was an old Scottie dog called Scooby and was really slow and lagged about 200 yards behind them.  When we turned round we passed them again and Scooby was still lagging behind them.  We saw lots of butterflies – mainly Ringlets but also our first Large Skippers and Purple Hairstreak of the year.

We set off up the Trent back to Nottingham and at the first lock had to wait as there were contractors working on the lock sides – they had a temporary bridge which had to be pulled back to let us through. 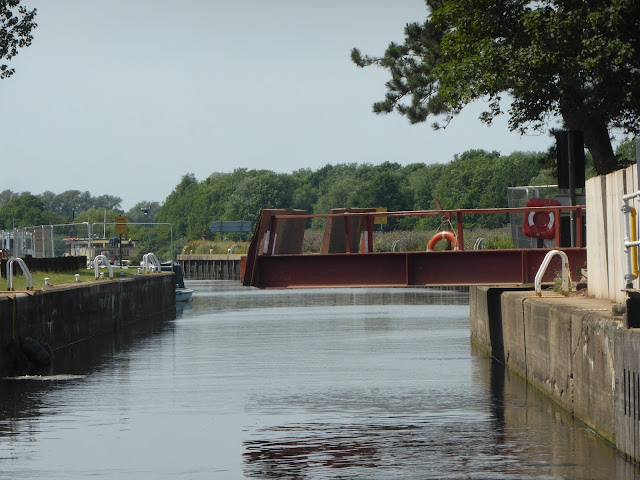 The Trent doesn’t have many houses on the bank side, this was the grandest we passed which was nothing compared with the houses along the Thames. 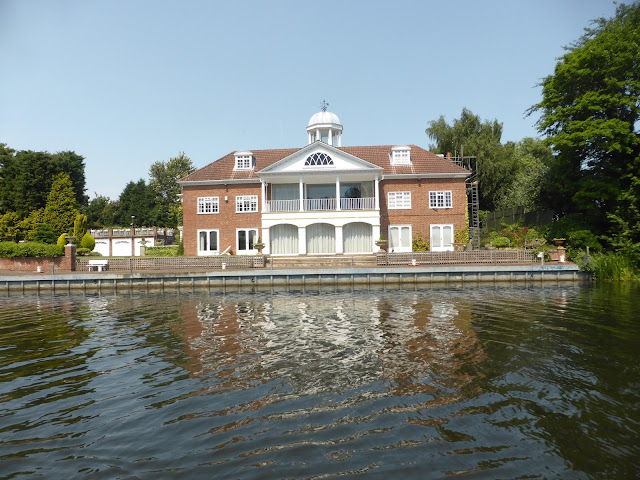 It was definitely a sun hat day. 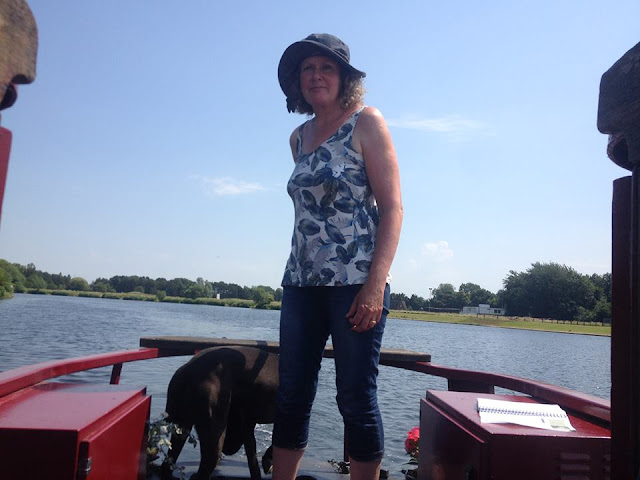 We decided to look out for old basins and canals on the way into Nottingham.  This old basin is being redeveloped into apartment blocks 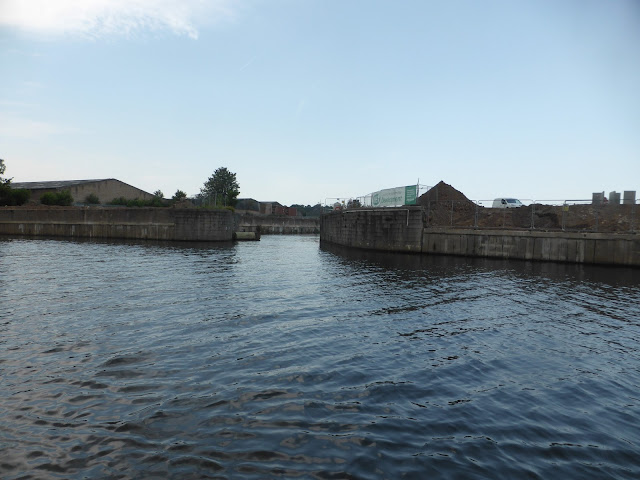 This basin has a guillotine lock as its entrance. 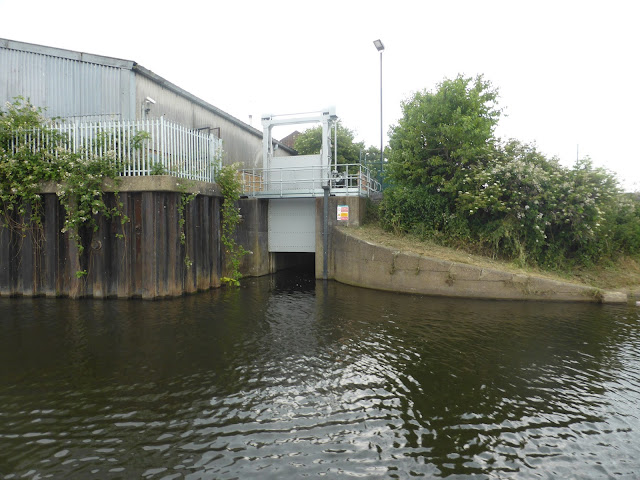 This is the entrance to the Grantham canal which is being restored along its entire length of about 25 miles.  Current plan is for it reopen in the 2030s.  Lock gates can be seen at the entrance.  The stadium on the right is Nottingham Forest’s ground. 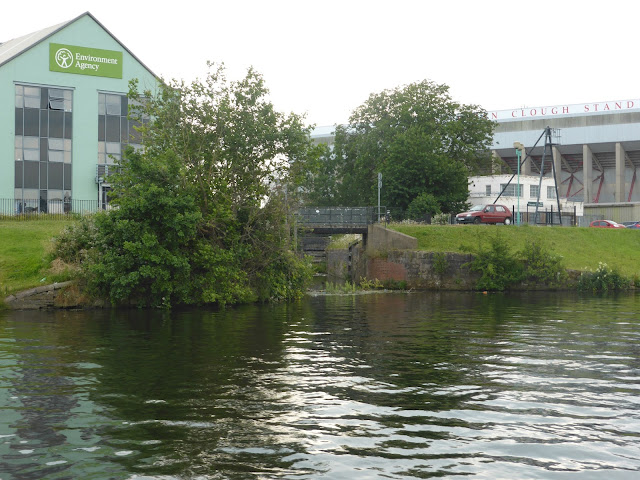 These floodlights are at Trent Bridge cricket ground. 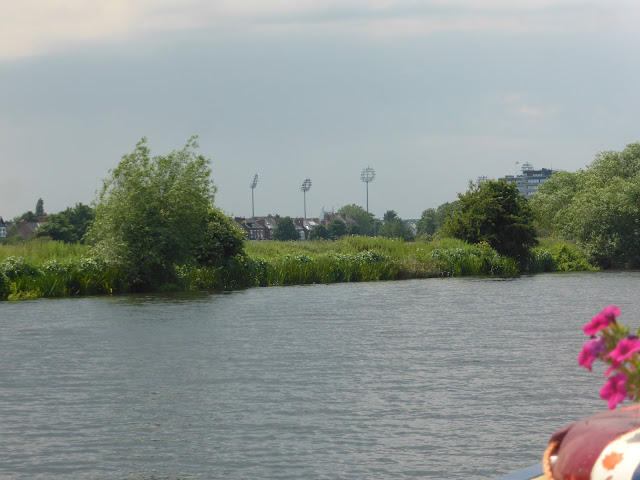 When we got back on the Nottingham canal we stopped to take on water.  As we were coming through the lock we had a thunderstorm – it only lasted about five minutes but was a welcome relief.  Despite the rain it felt even hotter in the afternoon. 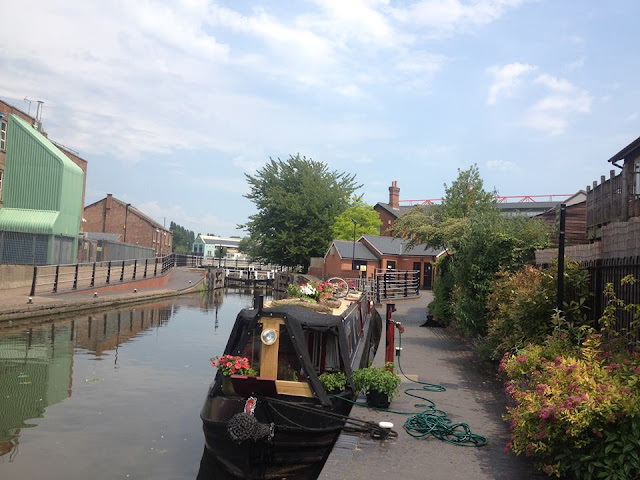 Catherine and Jo joined us in the evening and we sat outside for dinner and well past closing time of the bars opposite us.