Maesbury Marsh (Onto the Montgomery canal) 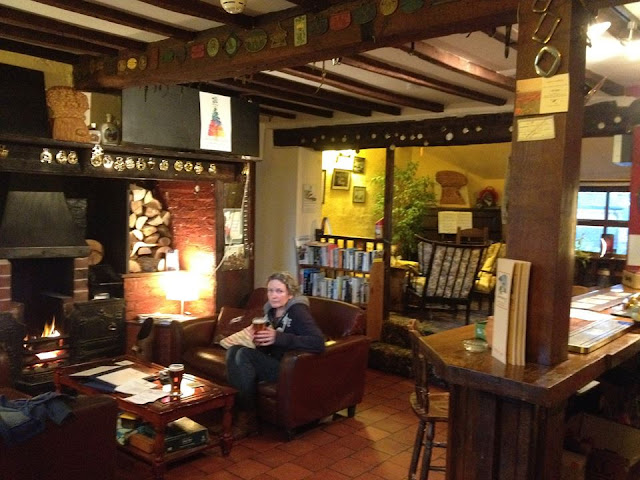 We were eager to set off on Wednesday as we had booked in to go onto the Montgomery canal.  The entrance to the canal is off the Llangollen canal at Welsh Frankton.

The 35 mile long canal was built in several stages and was finally opened all the way to Newtown in Powys in 1821.  It was abandoned in 1936 but following a determined effort by restorers it is now nearly fully restored.  Unfortunately there is one section not yet restored so it means we can only venture down seven miles. 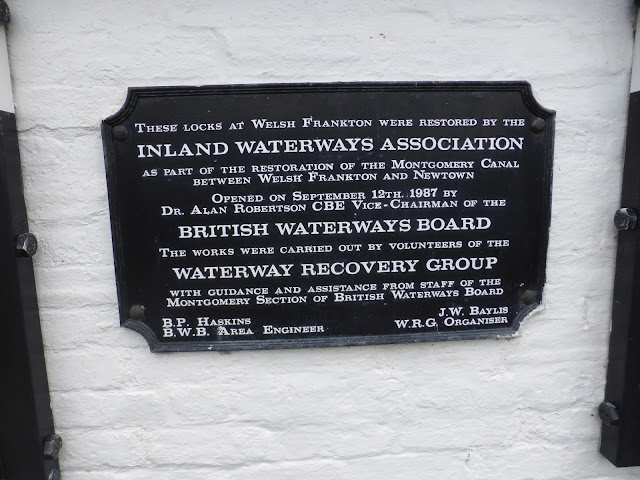 It was nice to be back on a canal with mile markers – it helps track progress whether cruising or walking the towpath. 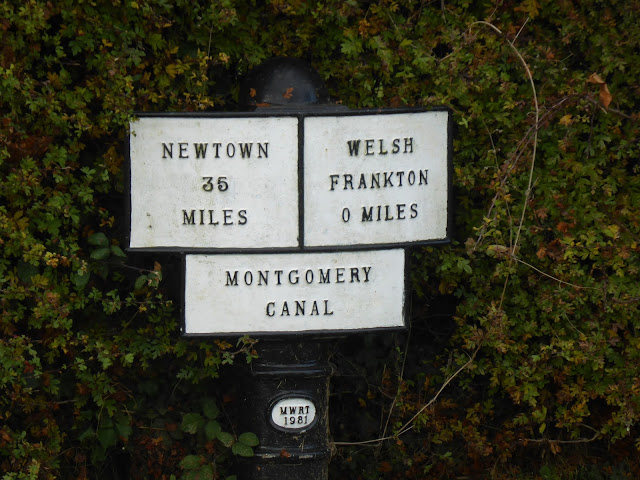 There is a staircase lock at the entrance which is chained up unless you have booked entry which can only be made between 12.00 and 2.00.  This is standing at the side of the staircase looking down to the next two locks. 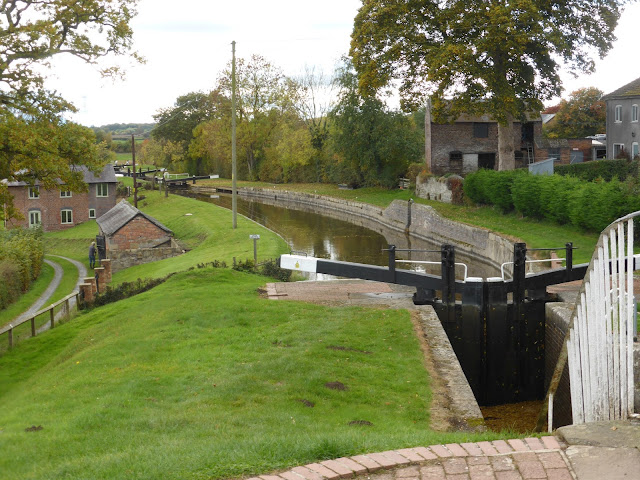 Buddy stayed in the boat with me as there were lock keepers and local rules said dogs must be on leads at locks.  Although he is rarely on the boat in locks he seems quite unperturbed. 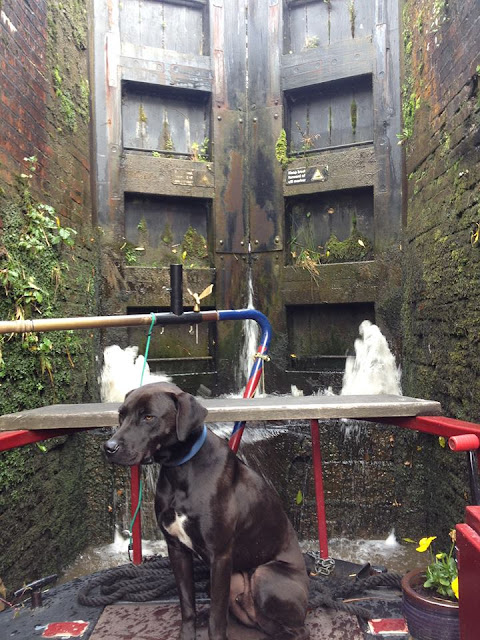 When the staircase locks were restored someone used this commemorative brick on one of the lock sides. 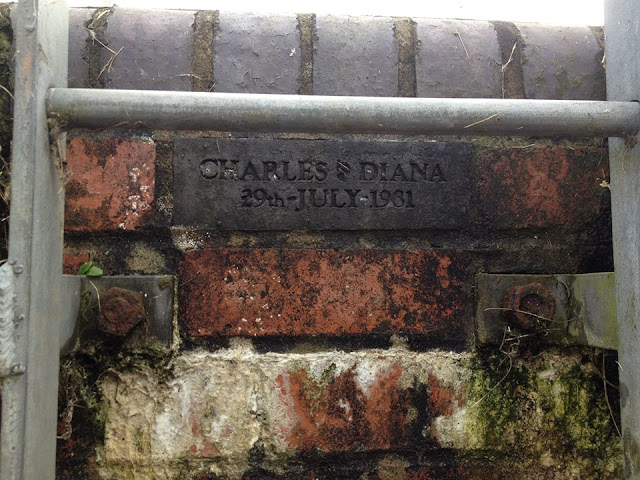 Here we are leaving the staircase locks. 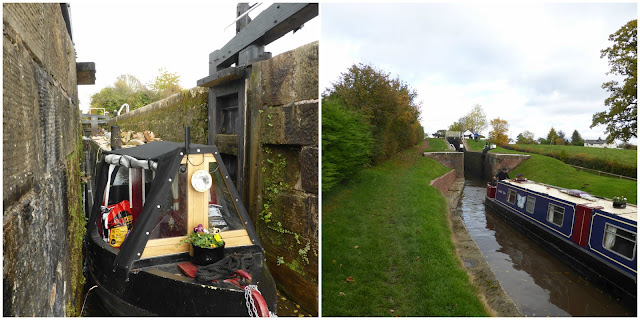 At the next lock there used to be a dry dock and this plaque commemorates why it is so famous.  The book written by Tom Rolt is an easy gentle read and conjures up memories of the post war era. 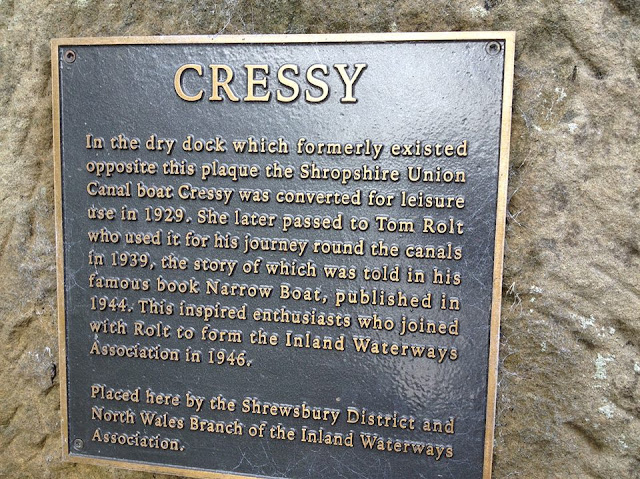 After a mile or so we arrived at Weston junction where the Weston arm used to go off to the left.  We moored up for lunch and got chatting to a couple of old guys who were sailing a remote controlled yacht (the rudder and sails were remotely controlled).  They sat on a picnic table for their lunch next to us and had coffee and two large tins of biscuits. 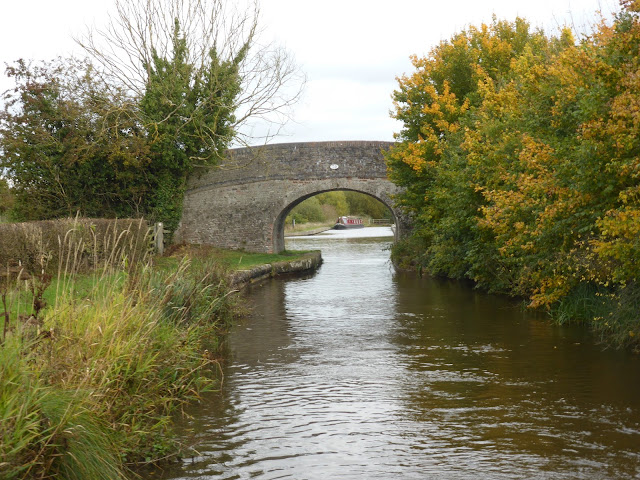 The canal is used a lot by canoeists/kayakers as each lock has specially arranged portage points for them – not something we have seen before. 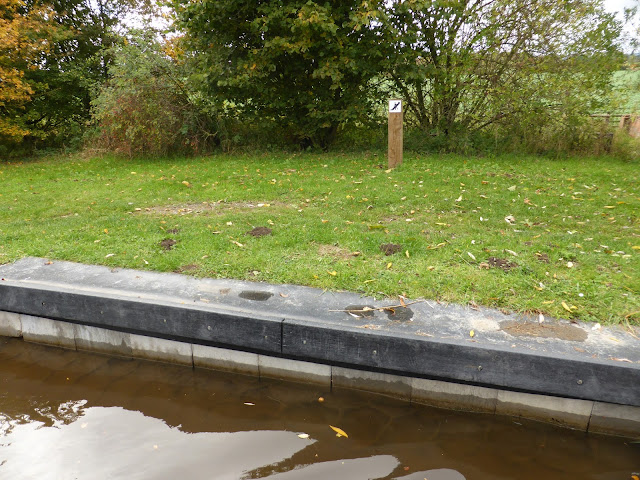 It is a really rural, quiet and often narrow canal. 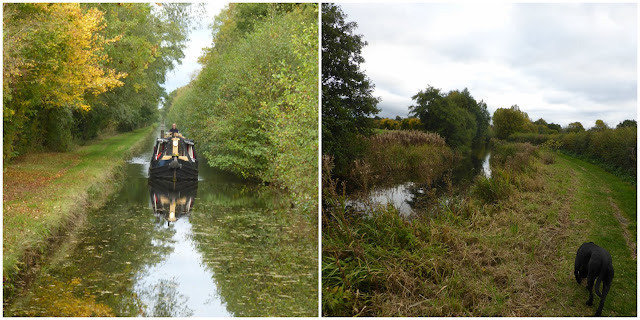 It is also quite shallow in a lot of places so there are reminders to take it easy. 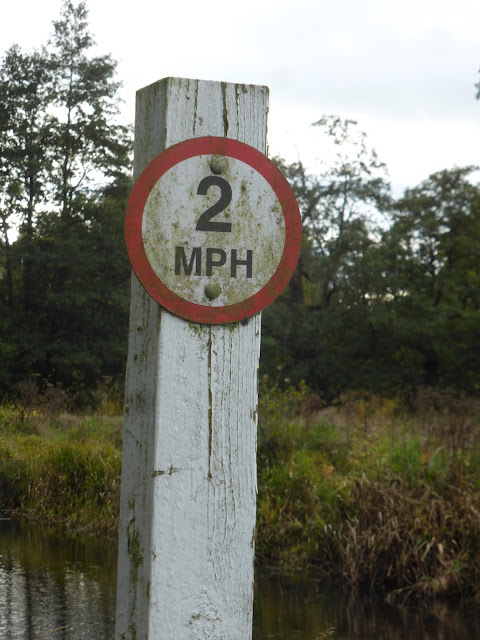 This old arm used to lead into Rednal basin. 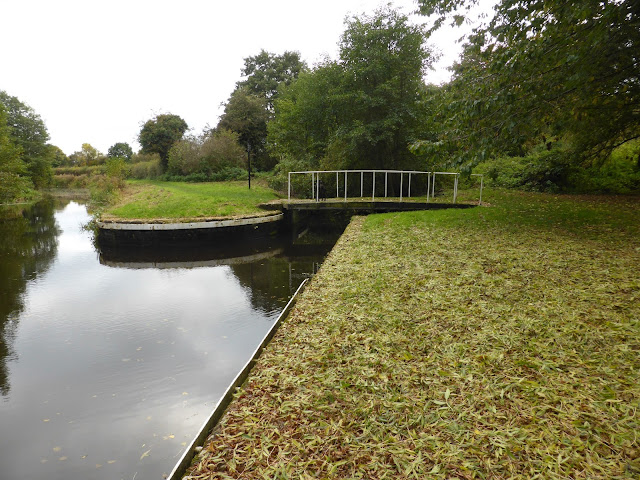 The only village we went through on our journey was a place called Queens Head.  We assume it’s not a coincidence the pub on the raised ground is called the Queen’s Head. 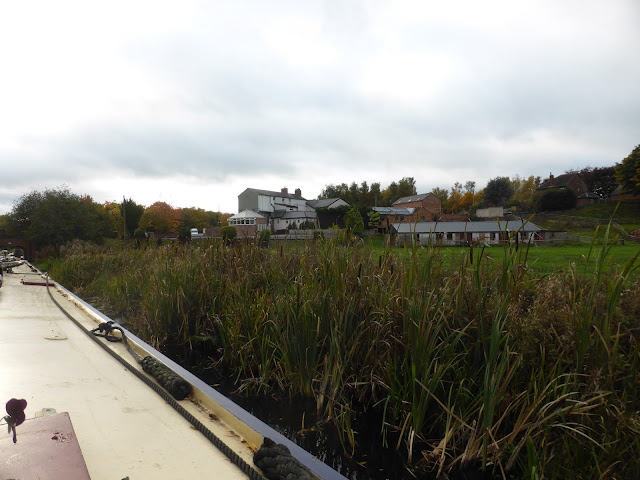 There are stanking plank stores at each lock and I was pleased to see they all followed the same standard after being disturbed by six different types we encountered on the Llangollen. 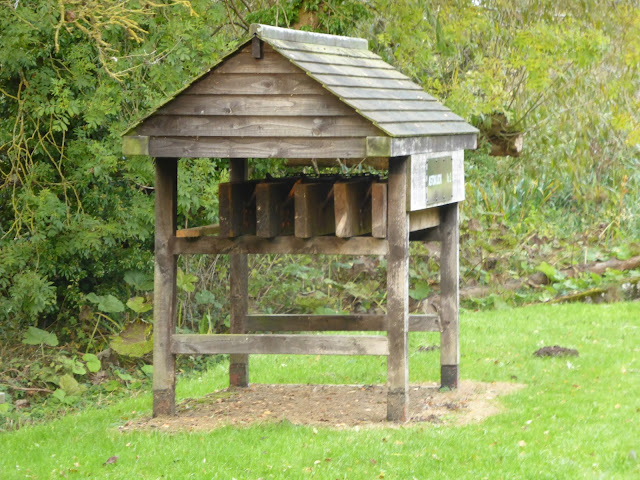 We finally moored for the night in Maesbury Marsh opposite the Navigation Inn shown on the right here.  We went for a drink and a meal and had a really pleasant evening.  The building was very interesting as it was a collection of different wharves and storage units converted into one large bar and restaurant.  Karen found the bar really cosy as they had a fire going as shown at the top of this entry.  There is a boaters' fridge in the bar where you can buy local meat - they also sell homemade bread and take orders for fresh fish. 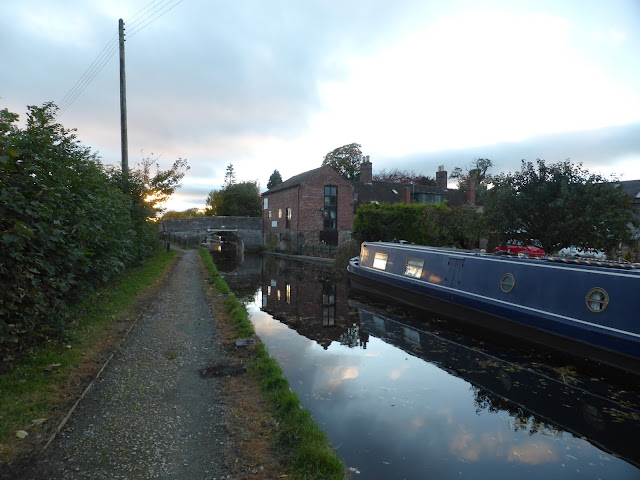 After the staircase locks at the entrance to the canal we went down another four locks during the afternoon. 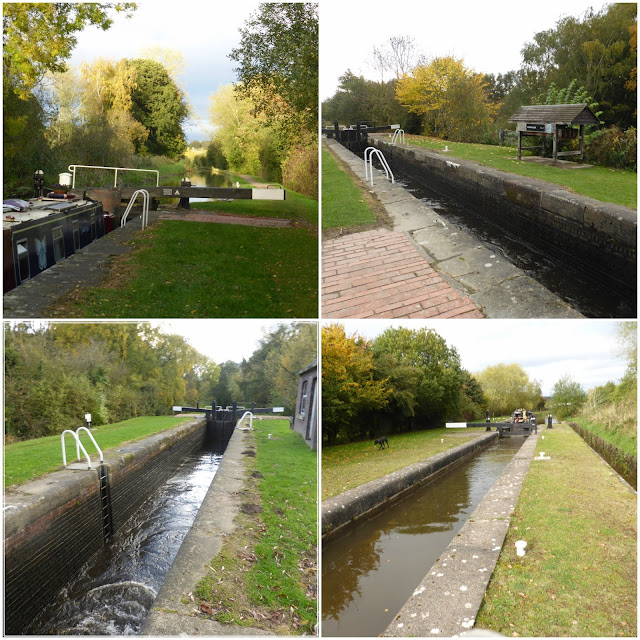