We had a lot of jobs to do around the boat on Wednesday morning so didn’t set off until nearly lunchtime.  Karen’s most important job was to prepare our pumpkin that we bought a week ago when we were in Llangollen. 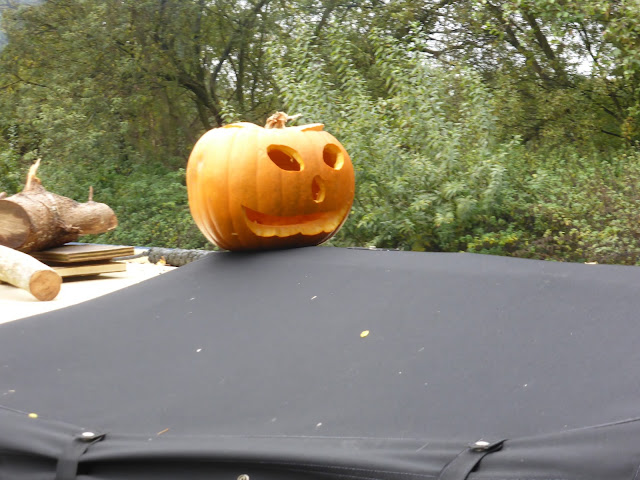 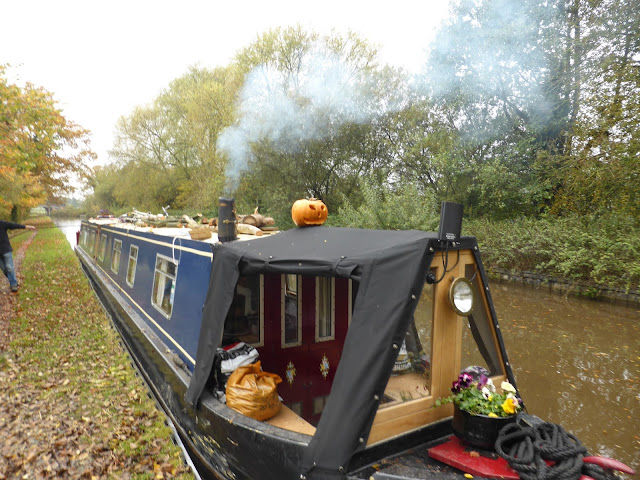 One advantage of having a pumpkin is that we had freshly roasted pumpkin seeds to munch on during the day.  It’s brilliant that we are nearly at the end of October and there are still butterflies around.  We saw five species today: Comma, Small Tortoiseshell, Peacock, Red Admiral and Speckled Wood.  You can't really tell from the pictures but in the afternoon it turned really sunny and mild, ideal for butterflies.

After dropping down the two Swanley locks we were met by Karen’s cousin Dave at the top of the Hurleston flight.  He and Karen operated the four locks in the flight together… 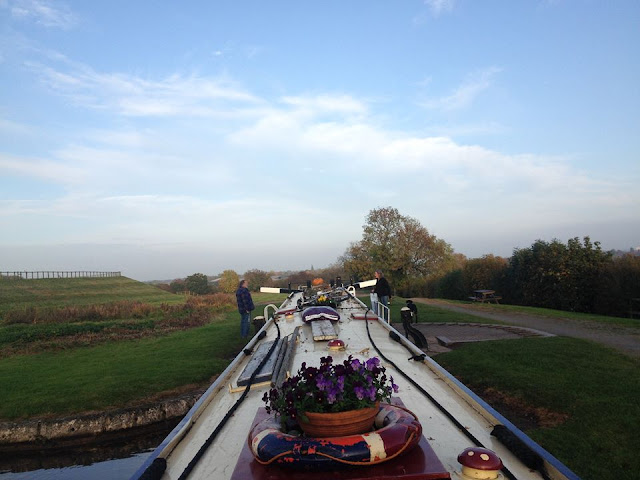 …well I got a bit involved while Karen was setting the next lock down though goodness knows what I was talking about. 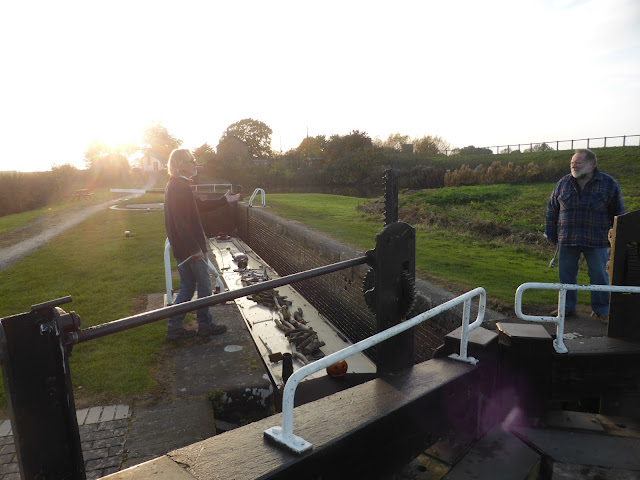 We were soon at the junction of the Shroppie where I turned left to head towards Chester.  This must be the widest and easiest canal junction we have encountered. 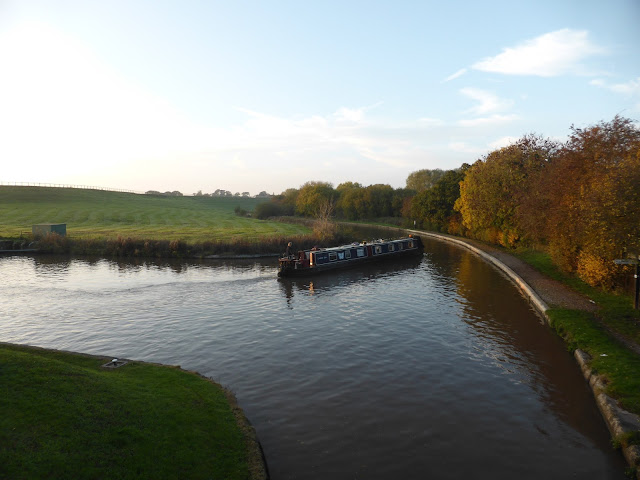 These shots were meant to be artistic.  The fence is round the top of Hurleston reservoir and was full of gulls apart from a lone heron. 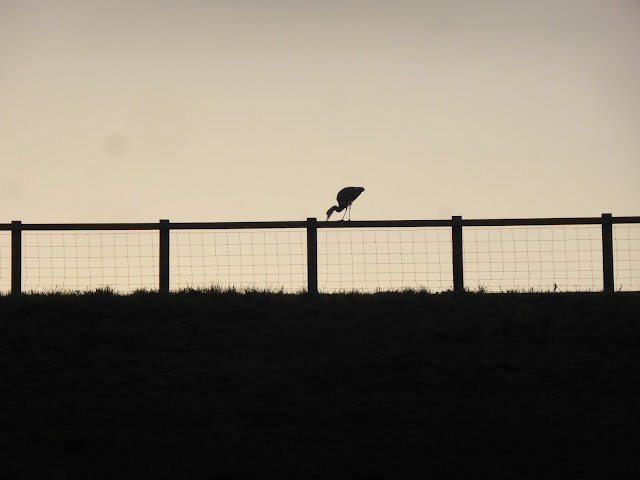 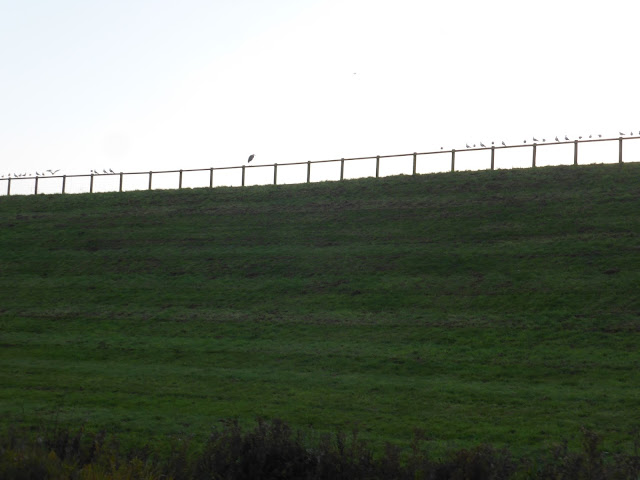 We moored up opposite the pub in Barbridge and joined Dave and Barbara in the pub later.

Here are the other four locks we went down today. 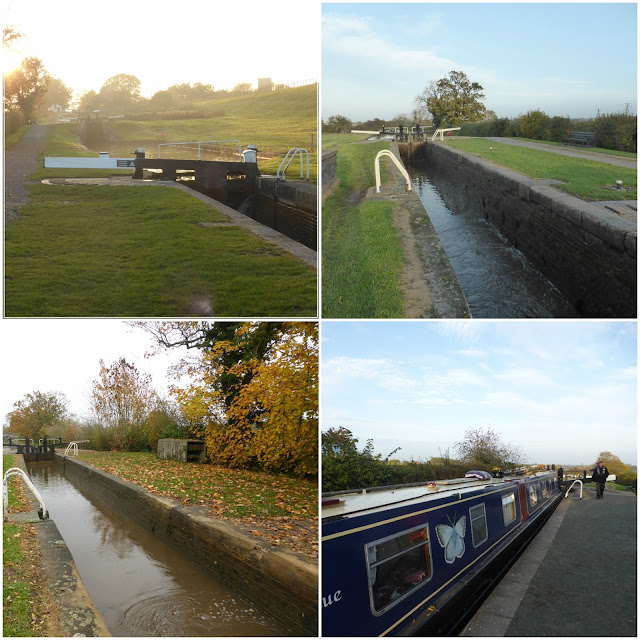