The rain held off until about four o’clock so we managed to cruise eight miles and go down seven locks before mooring up for the day on Tuesday.  On the way we met Jon and Hannah on their fuel boat Mountbatten so we filled up with diesel and replaced a gas bottle.  Hannah had her sister and family on board so it was a bit crowded for a working boat. 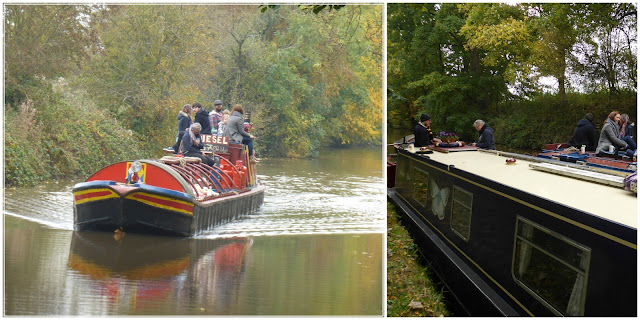 We had to negotiate three lift bridges, one was in the open position as it serves a garden centre which closes on Tuesdays.  Leaving it open means people can’t get across the bridge and steal things.  The second, at Wrenbury, had traffic light controls that Karen had to operate before she could get the bridge up.

I mentioned before that 12 million gallons of water a day flow along the length of this canal to feed Hurleston reservoir.  This is what that volume looks like - it is a run off channel that diverts the flow around a lock. 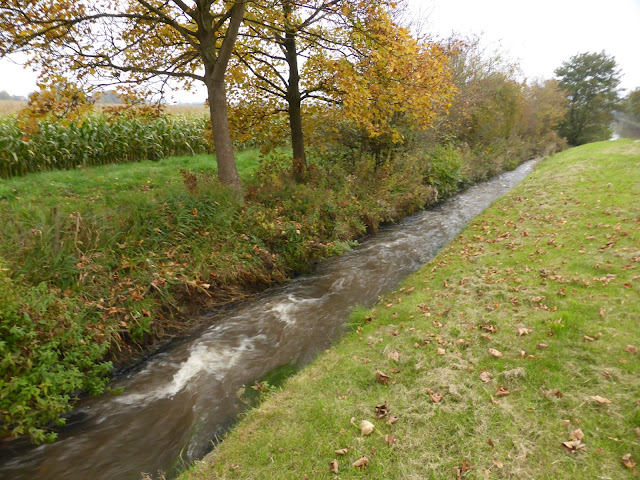 We moored up with about four miles left to get back to the junction where we rejoin the Shropshire Union canal.  Sitting inside in the evening listening to the homely sound of rain on the roof  we reflected on how lucky we have been with the rain this year.  There haven't been many occasions where we have been out in rain all day or noticed constant rain on the roof when inside in the evening.  The worst rainy days were back in May when we were on the Huddersfield Narrow canal.  We had to travel for three days in the rain because we had passages booked for the Standedge tunnel - but the experience of the tunnel outweighed the atrocious weather we had.  Karen found the journey particularly difficult as there are so many locks and they all seemed very difficult to operate which is only compounded in driving rain.

Here are the seven locks we went down during the day. 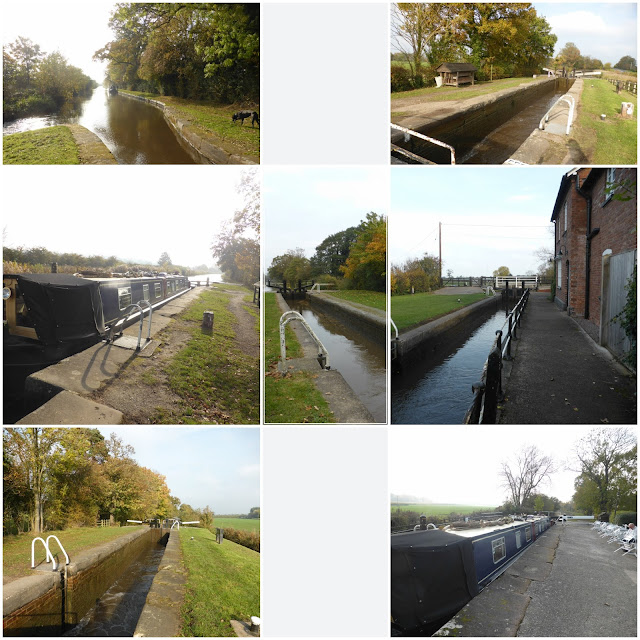