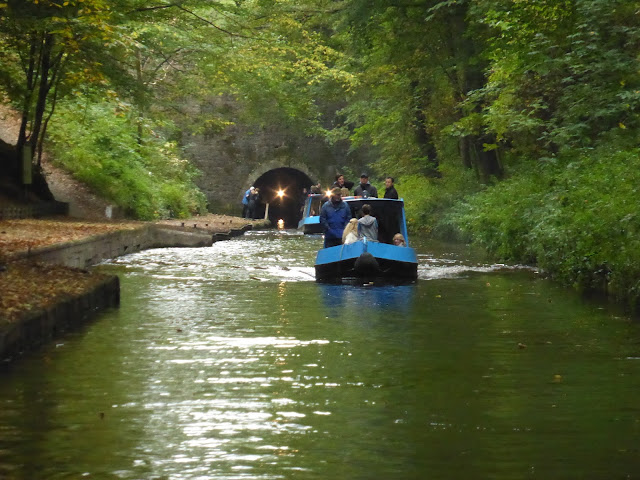 We had a fairly easy day on Saturday and took most of the morning to cruise a couple of miles to Ellesmere, the largest place on the Llangollen canal apart from Llangollen itself.  As we neared the town we passed several arty pieces from local artists relating to the canal (apparently). 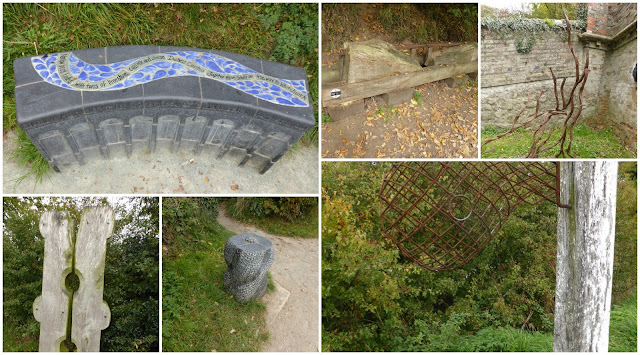 There are several meres in the area, the largest being The Mere, hence the name of the town (not to be confused with Ellesmere Port at the far end of the Shropshire canal on the Mersey).   I still like to learn at least one new thing every day - I have done this for as long as I can remember.  Today I learnt that a mere is merely a lake that is wide relative to its depth and consequently tend to be fairly shallow.

The meres were mostly hidden from the canal by trees but this is the best shot we got – Blake’s mere. 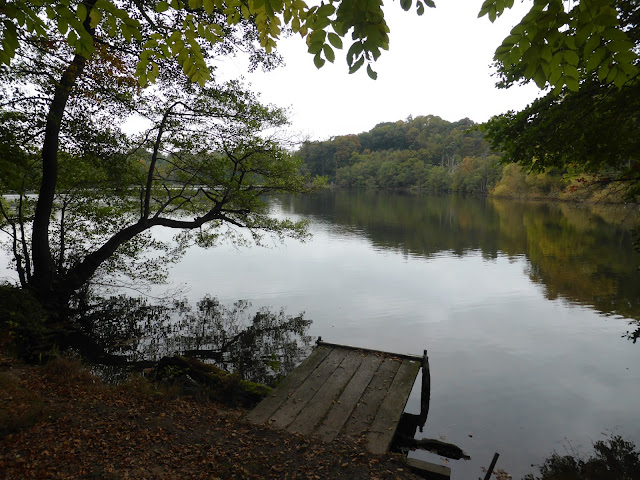 Ellesmere tunnel is a one-way tunnel and being on an angle makes it difficult to see if there is a boat coming.  Luck was against us and we had to wait.  Strangely we met several boats at bridge holes today. 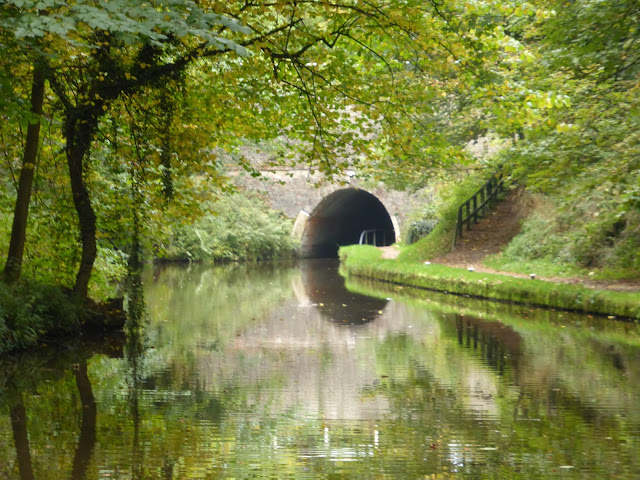 A small arm leads into Ellesmere. 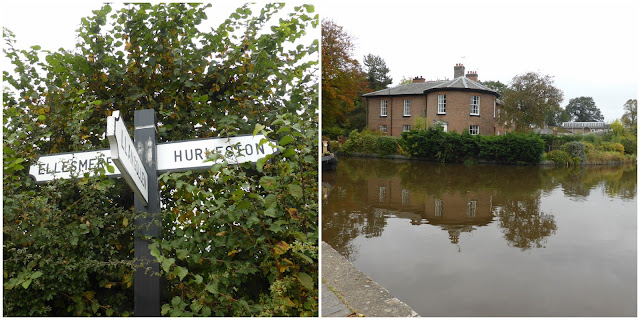 This is us cruising into the arm which has a rather ornate iron towpath bridge. 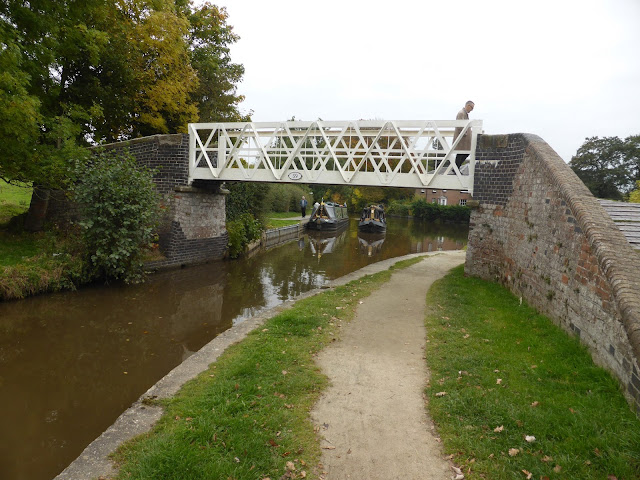 We moored near the start of the arm as there was ‘mayhem’ with boats trying to wind (turn) in the basin at the end according to a boater we passed on his way out.  This is the basin after we had been for a wander around the town and things had clearly quietened down. 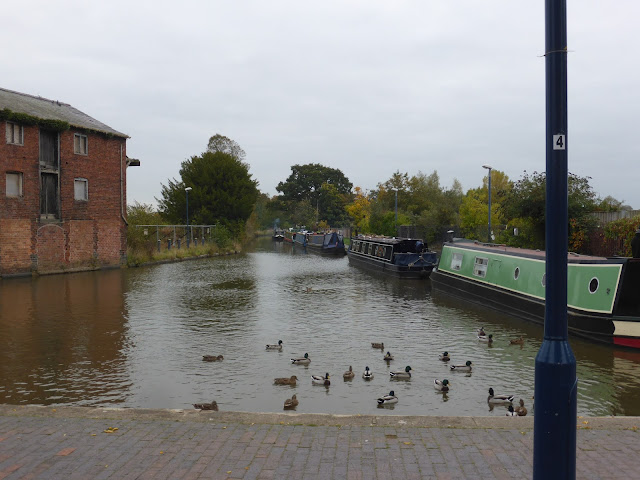 And this is a wharf house in the basin that needs preserving. 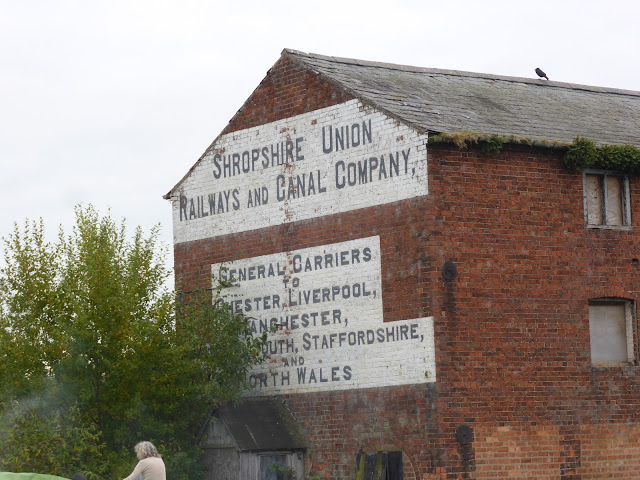 Ellesmere had the bunting out but we don’t know why. 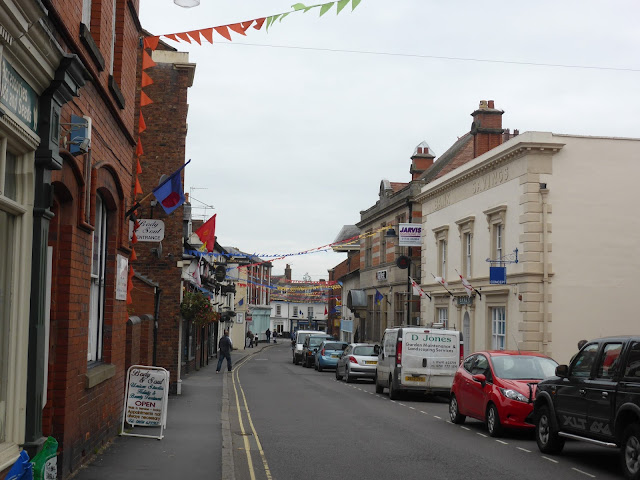 We reversed out of the arm and were excited when Karen saw on our map that bridge 60 is called Stanks bridge – unfortunately not a stanking plank in sight. 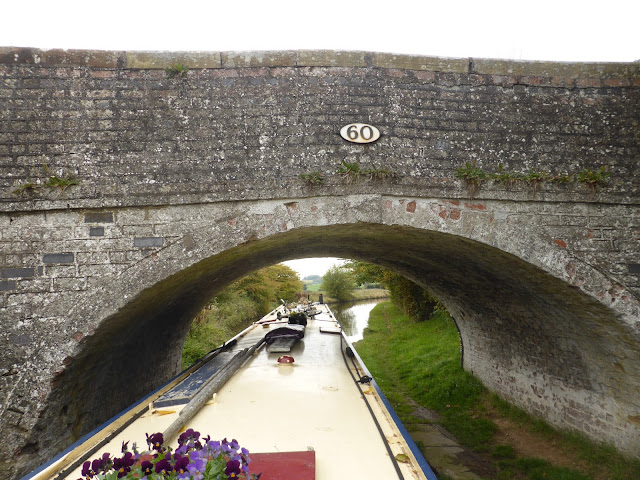 This is the start of the Montgomery canal which we will venture down on way back from Llangollen. 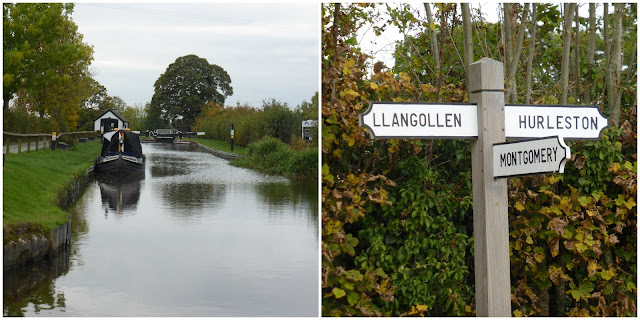 The bridge numbering started from one again after the junction and the numbers were suffixed with a “W” because they are all west of the junction.  The only use of directional suffices we have seen before was on the Huddersfield Narrow canal where the lock numbers are suffixed with “E” or “W” depending on which side of Standedge tunnel they are (Lancashire or Yorkshire coincidentally). 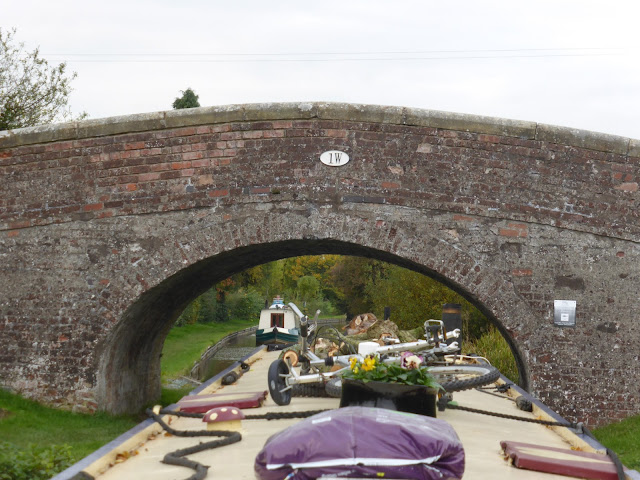 We moored up in time to watch the Wales match and this inquisitive sheep watched us until the sun went down. 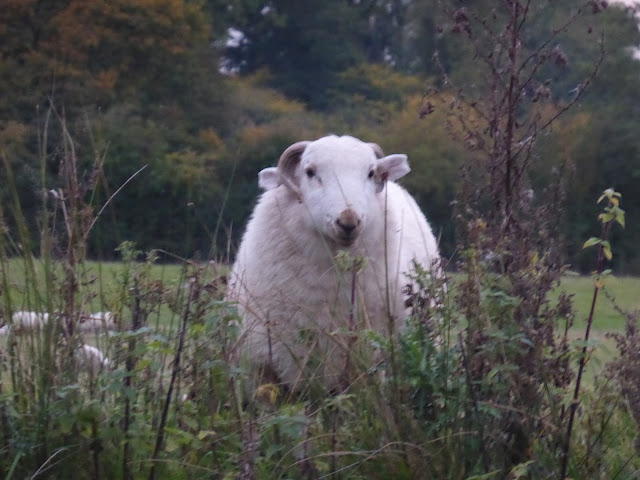 
We couldn’t travel too far on Sunday because the rugby started early so we headed for Chirk.  We went up the last two locks on the Llangollen canal – new Martin locks. 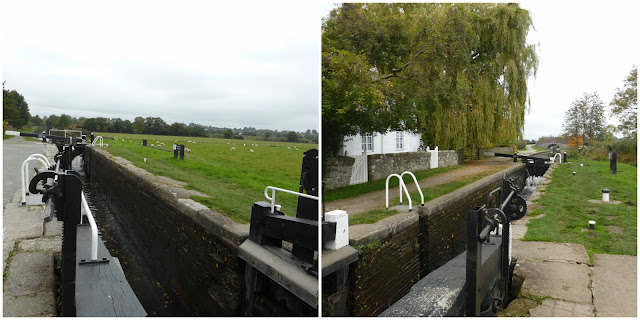 The top lock had a quaint little footbridge over the overspill channel. 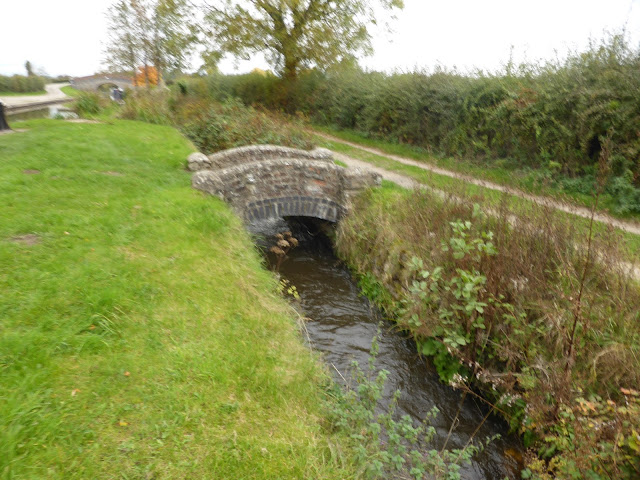 Heading into Chirk the cut becomes quite narrow and shallow.  Coupled with the fact that we are going against the current progress was slow. 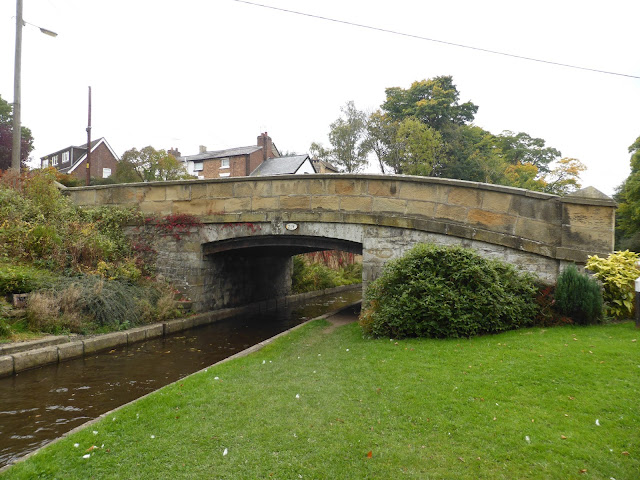 Just after Chirk we went across the aqueduct over the river Ceiriog.  It is 70 feet high above the river and 710 feet long.  It’s amazing to think that it was opened in 1801. 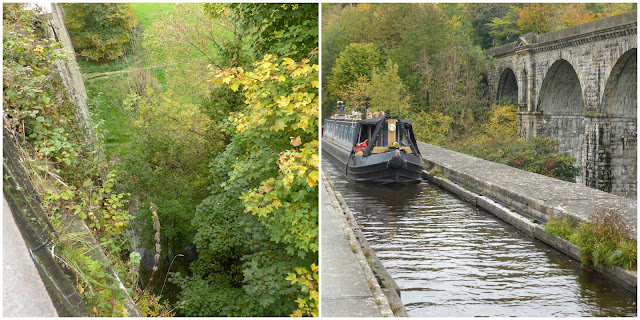 Straight after the aqueduct is Chirk tunnel which took us nearly an hour to get through because some boats were getting into difficulty with the current and depth and they had their revs too high.  We were going so slowly at the end that Karen grabbed a line and helped to pull along the towpath.  When we emerged there were a couple of hire boats immediately behind us and we could see lights of other boats coming through (top picture).  As a one way tunnel it must create real bottlenecks in the summer as this is an incredibly popular canal.  After another mile we went through Whitehouse tunnel and moored up for the day. 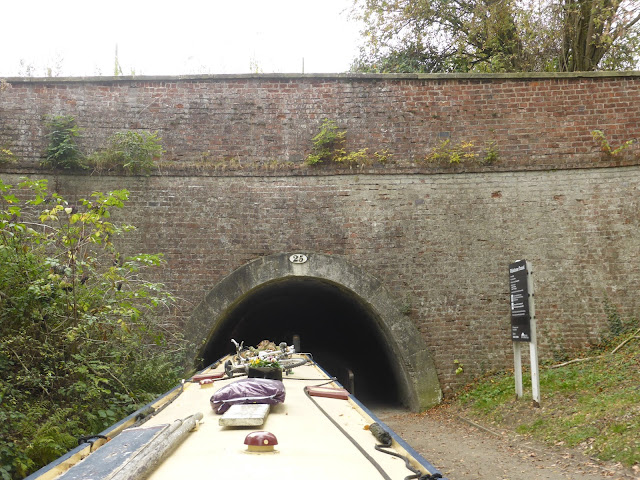 Tomorrow we will go across the Pontcysyllte aqueduct which is over 1,000 feet long; we have been across before but that was when we hired a boat many years ago so it will be quite an experience for us in Chalkhill Blue.

Nice pictures. I have walked and cycled along most of these bits at some stages in the past, including the time I did the north part of the Offa's Dyke path, which follows the towpath over the aqueducts

Now can you pronounce Pont-y-cyswllte (it means Bridge of the Junction)?