Dickens Heath (On target for Birmingham Gas Street on Friday) 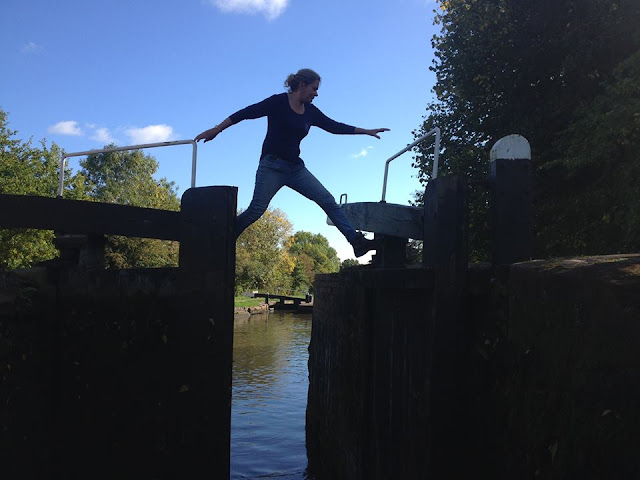 We had another full day of locking ahead of us and as full sun was forecast for the morning we set off early.  We were due to leave the Grand Union and cross the Lapworth link to head up the North Stratford canal.  So on the map below we were coming up from the bottom right and going up top left.  The black chevrons indicate locks and the pointy bit indicates which way is going up. 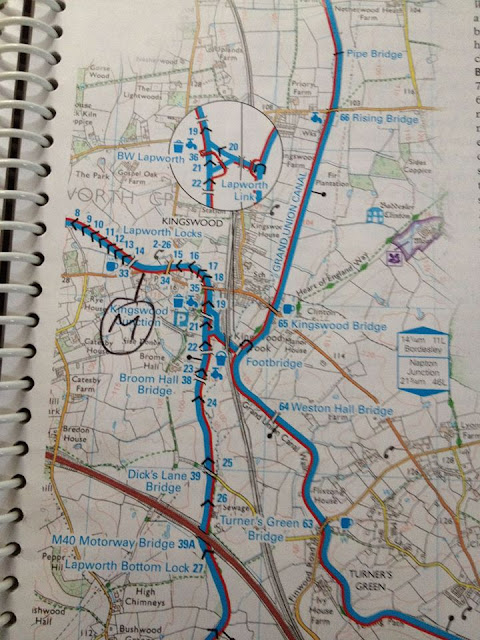 As we were back on single width locks Karen was soon back into her aero-acrobatics as in the picture at the top.  Most of the 19 locks were close together so I would go into one, fill it up, take the boat out and close the lock whilst Karen was getting the next one ready for me to go straight into.  This way we rose up the flight very quickly.  We only passed one boat in the opposite direction but there were plenty of dog walkers so we had to keep Buddy on a tight rein. 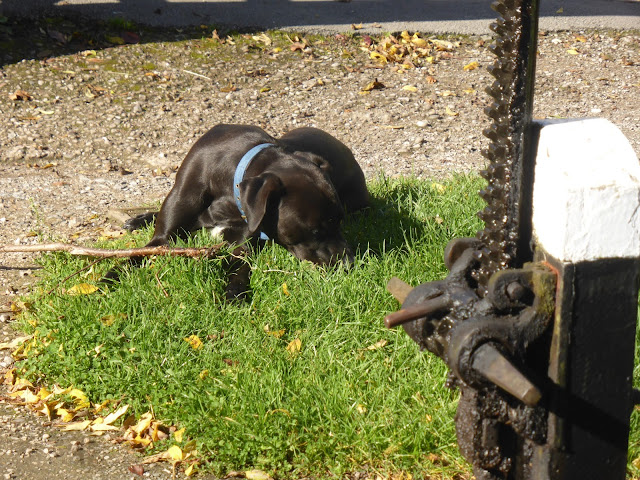 This is the junction where we turned left off the Grand Union into the Lapworth link.. 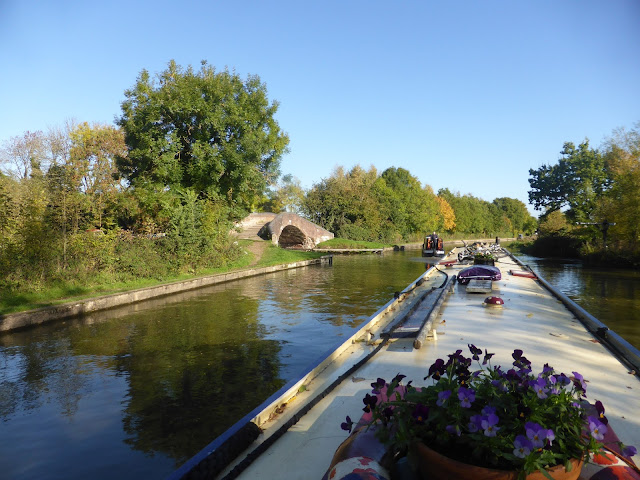 This is the end of the Lapworth link.  Left goes off South to Stratford which we have already travelled a couple of times this year.  We turned right onto the North Stratford canal towards Birmingham.  The first lock we went into was one we had not been through on this boat before – number 20 on the inset on the map above. 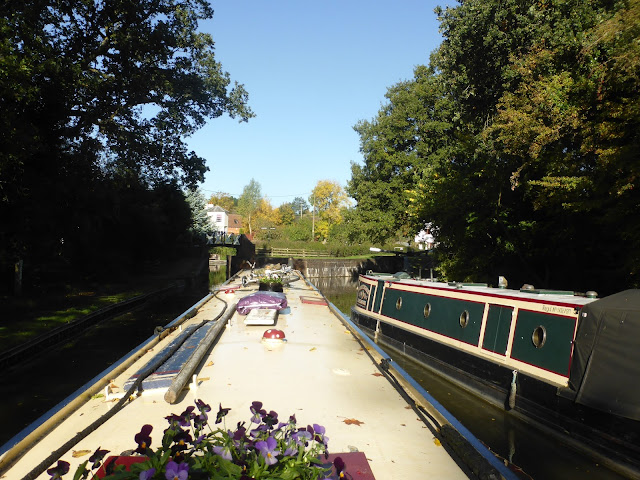 This is coming out of the first lock with the South Stratford canal entering from the left.  When we have been here before we have always come out from the left so that is why we had not been in lock number 20 before. 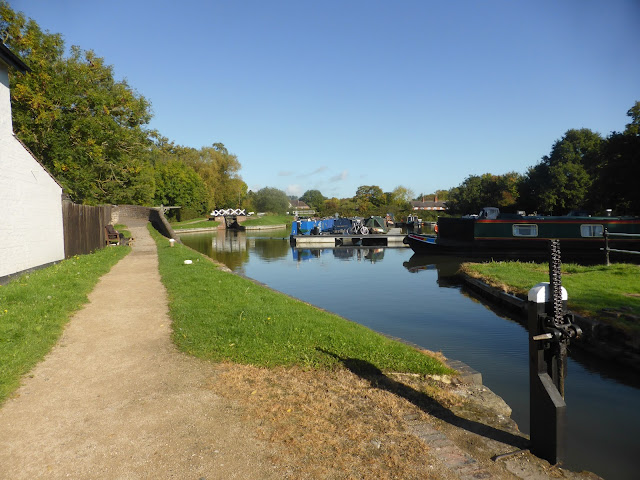 A lot of the side ponds are used for permanent moorings on this flight. 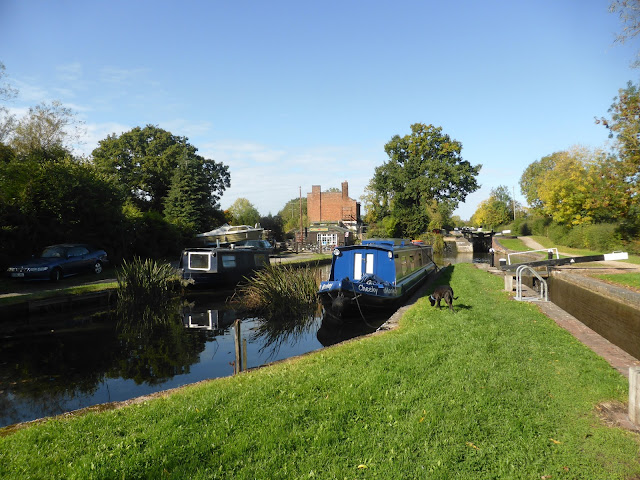 At one lock Karen managed to get a good close up of a fresh Red Admiral. 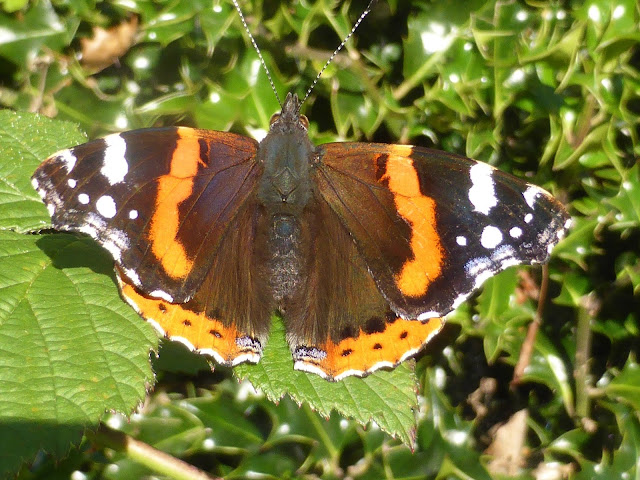 She also took this picture of a guy hard at work. 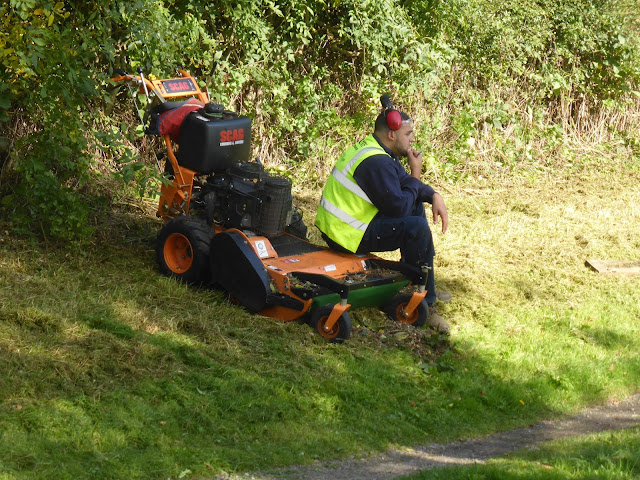 As it was such a nice day we got a couple of loads of washing done and had to find extra space to hang it all – this is quite ingenious of Karen using bungees. 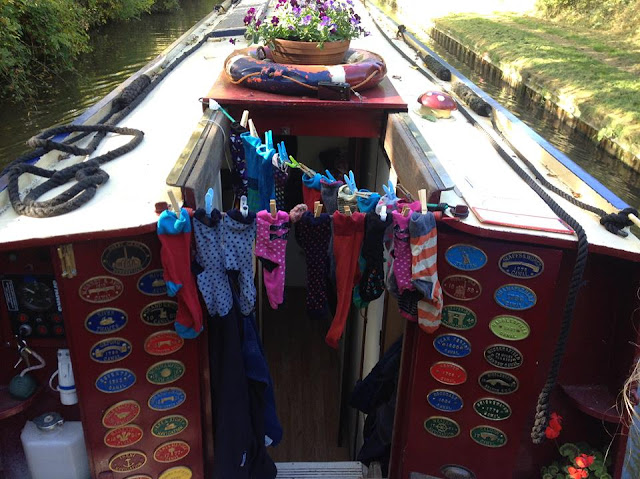 As we always notice, the bridges on the Stratford canal are ornate.  We also went through a couple of draw/lift bridges. 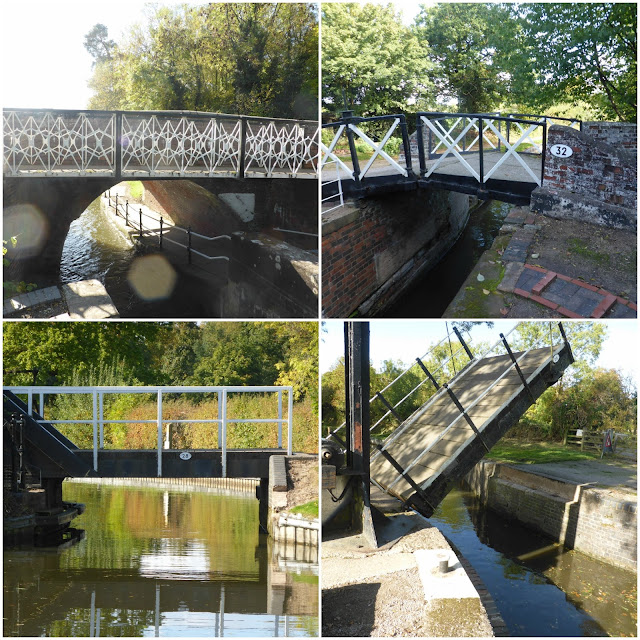 We moored up for the day just past this milepost that tells us we are eight miles from Kings Norton junction which we know is five and a half miles from the centre of Birmingham.  With no locks tomorrow it will only take a few hours to cover the 13 miles to Birmingham. 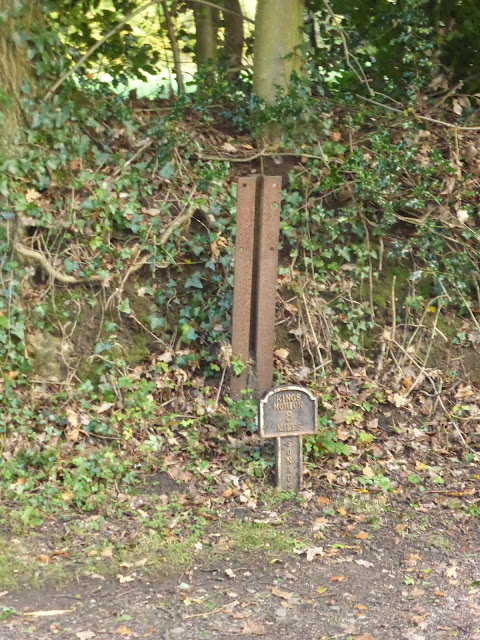 Here are the 19 locks we went up today. 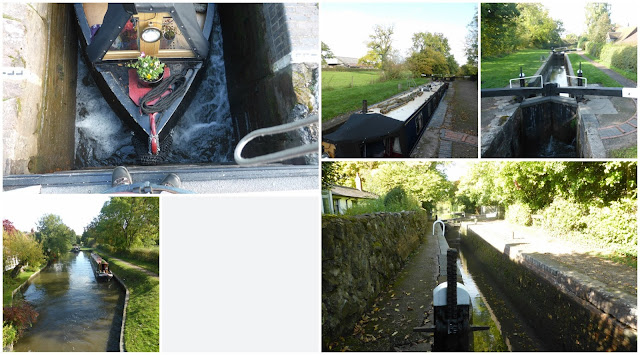 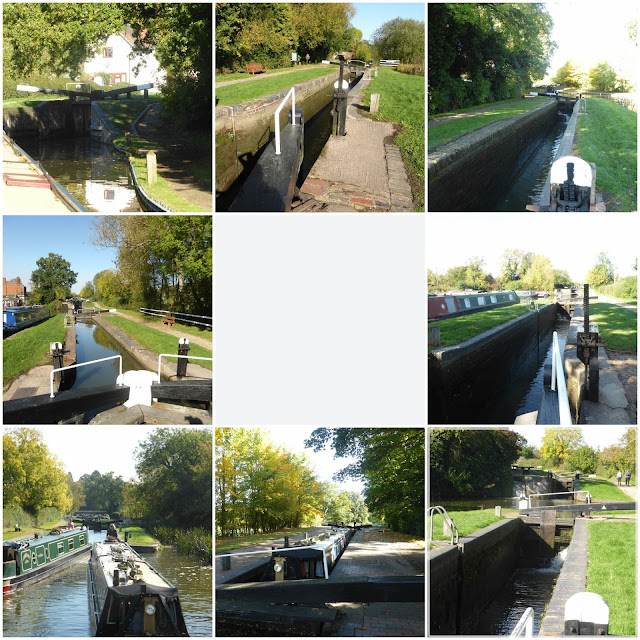 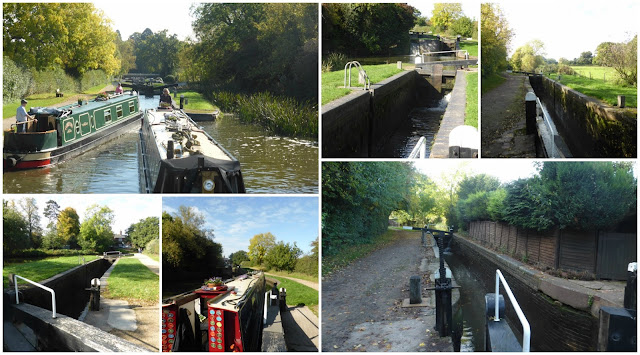