Prees (and a lovely Sunday roast)

Heavy rain was forecast for Saturday but we had to move as we were booked in to leave the Montgomery (the Monty) through the Frankton locks at midday.  It was only drizzling at 10.00 so we got ready to set off – as I untied us the skies opened so as Karen hadn’t started getting her wet weather gear on she stayed inside to make our Saturday bacon sandwiches.  When we got through the flight we moored up for lunch and the skies started clearing.  They were so blue we couldn’t believe we had had hail an hour earlier. 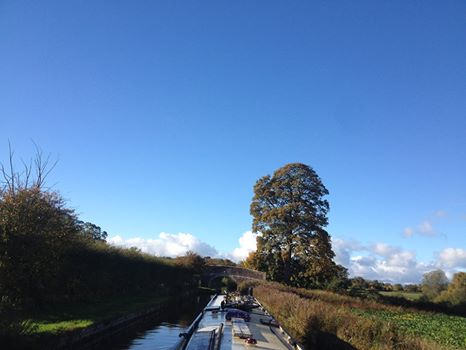 We headed for Ellesmere as we needed to stop there to get our Saturday paper and top up on food.  On the way we passed a house owned by a couple we locked up with when we first got onto the Llangollen over a week ago.  They used to live near us in Kent and said it’s the best thing they ever did moving up here to an old canal cottage and buying a boat. 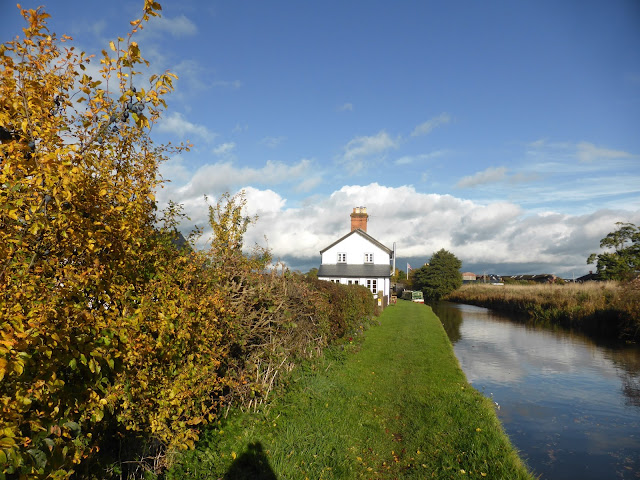 It was a nice crisp morning on Sunday so we set off to explore the Prees branch of the Llangollen canal.  It was built in the early 1800s but never reached Prees as funds ran out; it reached a place called Wem where there were wharves and warehouses.

Firstly we pushed the boat over from our moorings to the service point opposite and took on water.  The service point was in an old wharfing area complete with a dry dock that is currently in use although it was empty when I looked in.  Most people black the sides of their hulls every two or three years and with relatively few dry docks on the system it is unusual to see an empty dry dock. 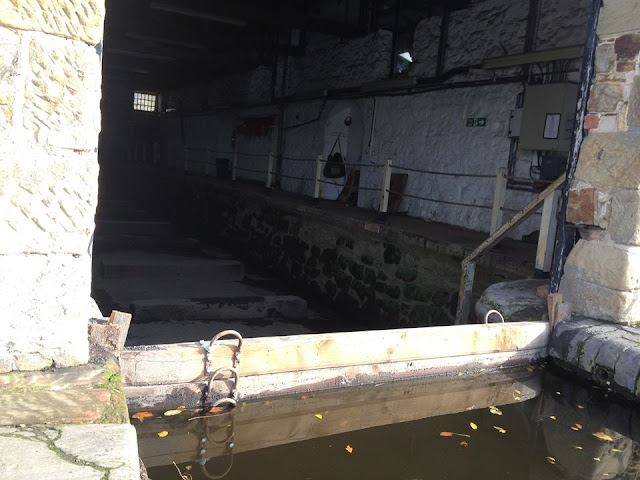 We then set off North East towards Prees almost immediately passing the Ellesmere arm that we looked down last week. 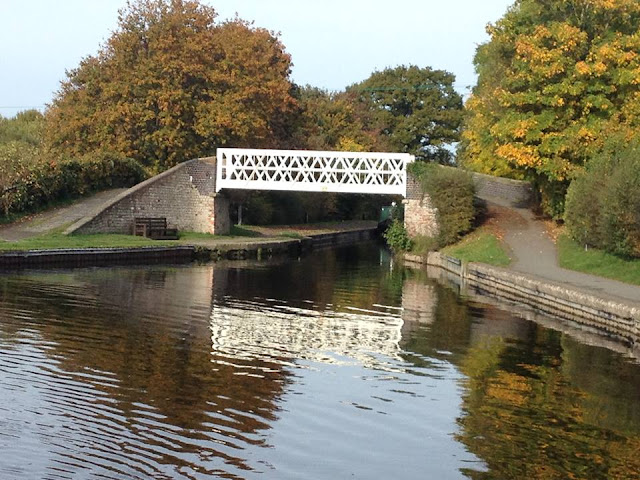 As we were retracing our steps from last week for a while we passed a few meres. 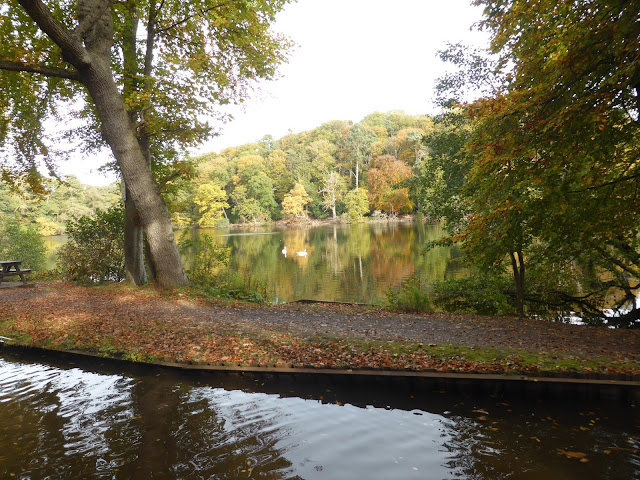 We missed this last week on our way up – a modern stanking plank store created when the bridge was rebuilt. 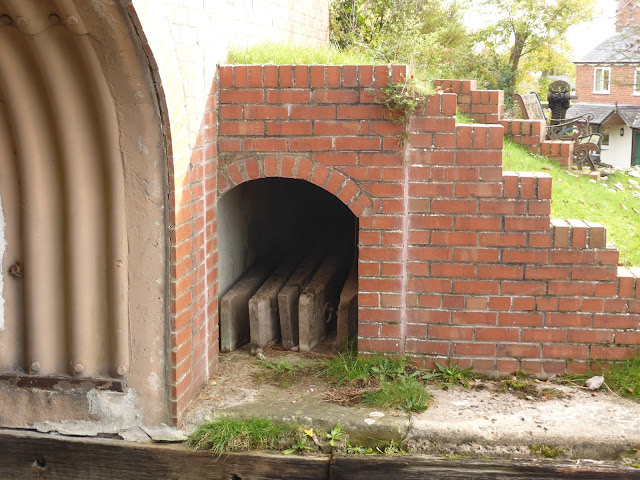 After seven miles or so we turned left onto the Prees branch. 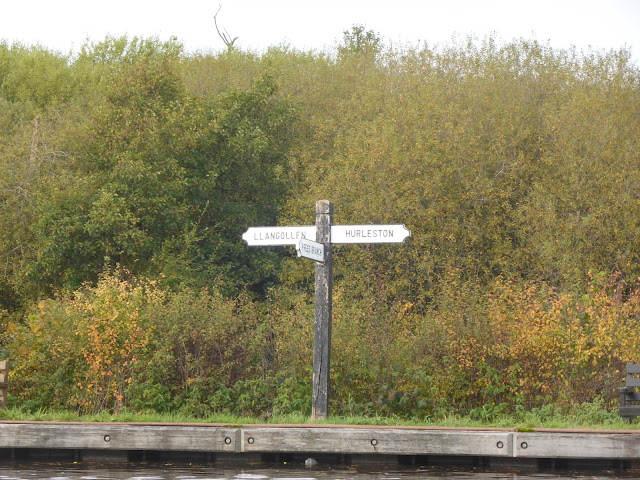 We immediately met up with Jon and Hannah on their fuel boat Mountbatten and arranged to meet them in a couple of days when we are back at the end of the Llangollen.  By then we will need more fuel and one of our gas bottles will have run out.

There are a couple of lift bridges on the arm. 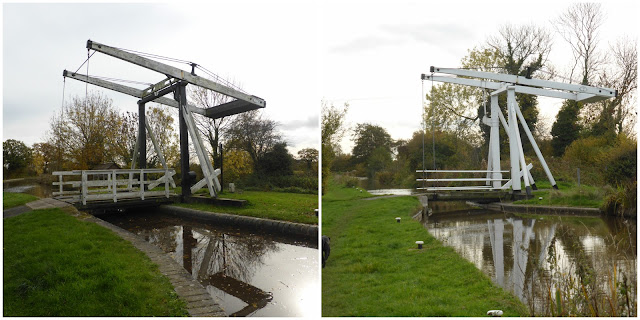 At one of them local honey was being sold in a hive honesty box. 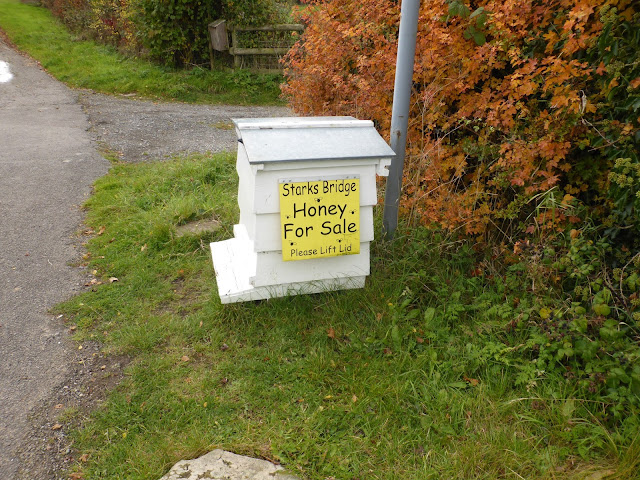 The Prees branch is really, quiet and narrow… 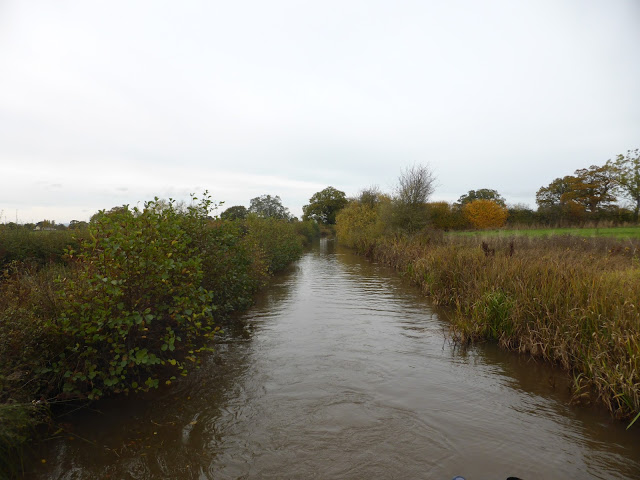 …and has a marina at the end.  The marina was incredibly quiet – it didn’t look like anyone was living there permanently. 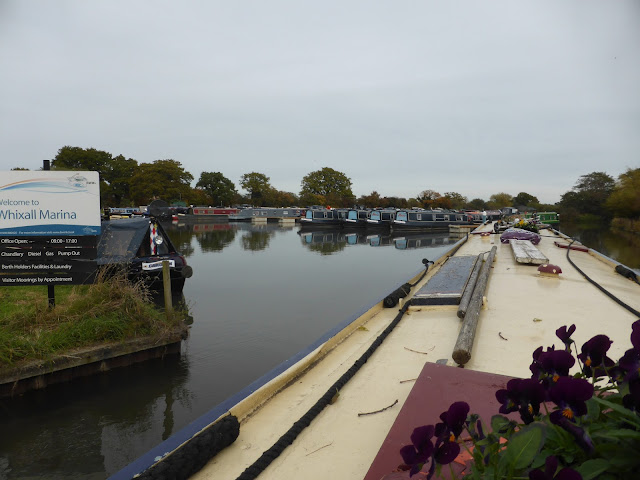 We moored for the day between the two lift bridges and just about had signal for the second semi final.  Karen had put a chicken in the slow cooker when we set off in the morning and we were rewarded with a lovely roast in the evening.