We thought the final leg into Birmingham would take four hours as we only had 13 miles to travel with no locks. As it was it took 5 ½ hours as we had some unforeseen experiences on the way.  Yet again it was like a summer’s day as we set off: 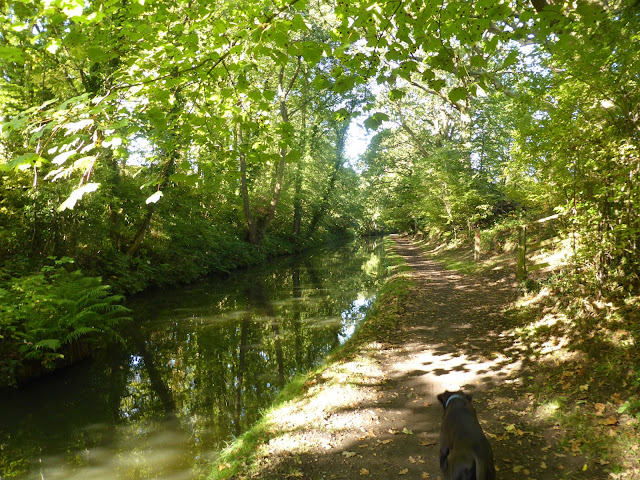 After going through this lift bridge Karen stayed on the towpath to give Buddy a walk and at the next bridge she found an iPhone on the path. 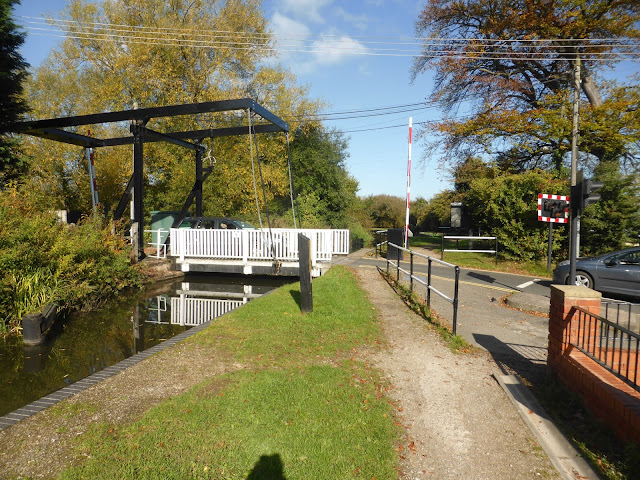 We moored and charged the phone up – fortunately it didn’t have a lock on it and we found an entry for someone called “Wifey”.  To cut a long story short we rang her from one of our phones and as she was able to confirm the number of her husband’s phone we made arrangements to meet up.  He is a care worker and had one of his charges with him and Karen went to meet him whilst I cruised slowly on.  He insisted on giving her some money which we of course refused – in the end we found a fiver in Buddy’s collar so that will go to a charity.

Shortly afterwards we went through Brandwood tunnel which originally had some ornate stonework (and graffiti) on the portal. 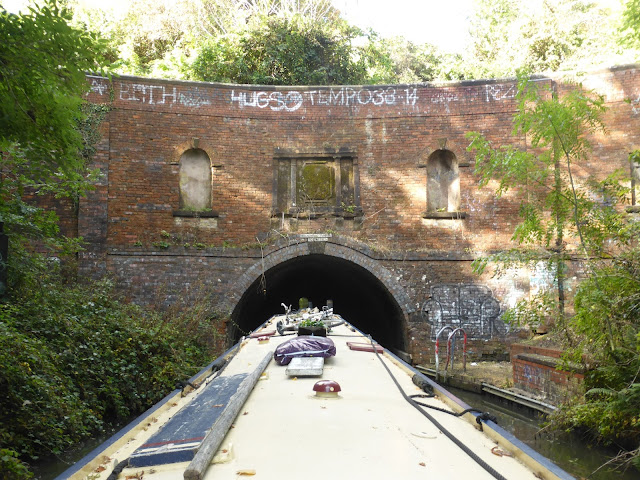 Over morning coffee we had a little research on whether we could take in a few more of Birmingham’s canals on our way through but as we are keen on getting to Wales we decided against it and will take a direct route albeit using a couple of new stretches.  This shows the canals of the Birmingham area and those highlighted in yellow are the only ones we have visited so far. 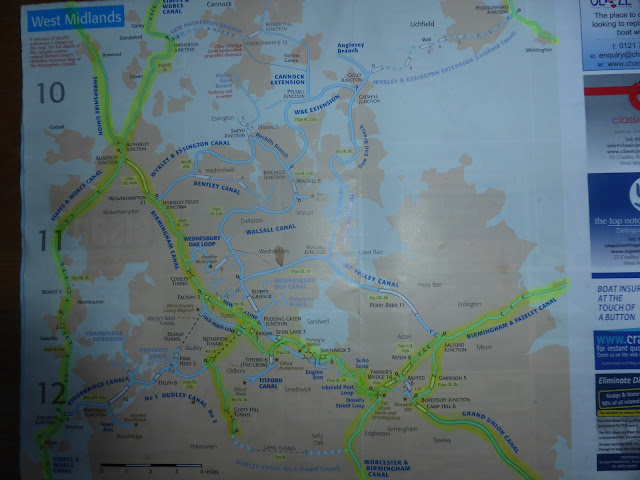 At King’s Norton, stomping ground of our friend Alison, we went through a guillotine lock.  This is now left open but was originally a stop lock to ensure people paid their tolls when going from the Stratford canal to the Worcester & Birmingham canal or vice versa. 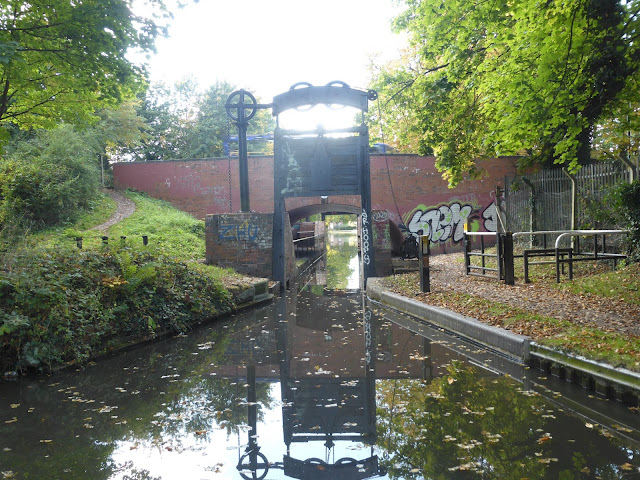 I hadn’t realised but one of my fenders was down as we went through the lock and we heard a crunch as it was ripped off.  This is not as dangerous as it looks as I had stopped the boat before retrieving the fender. 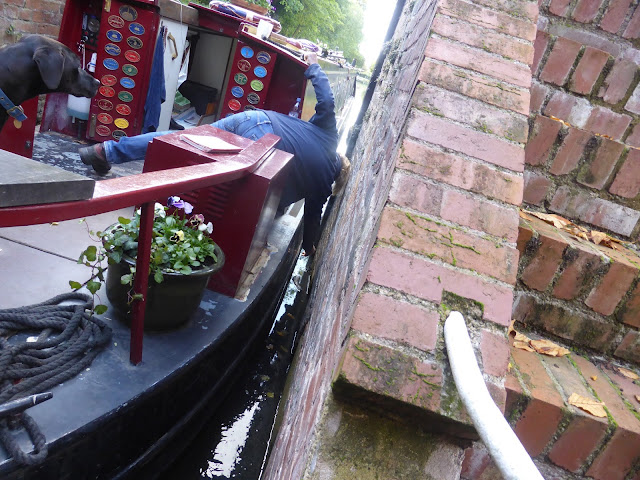 A hundred yards further on was King’s Norton junction where left goes down to Worcester but we turned right to continue the last leg into the city. 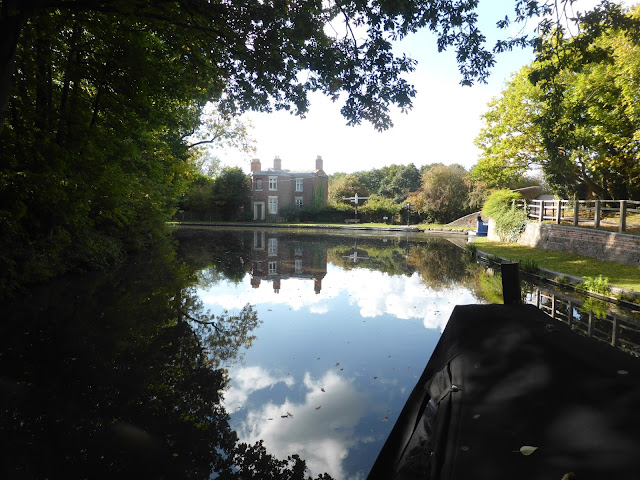 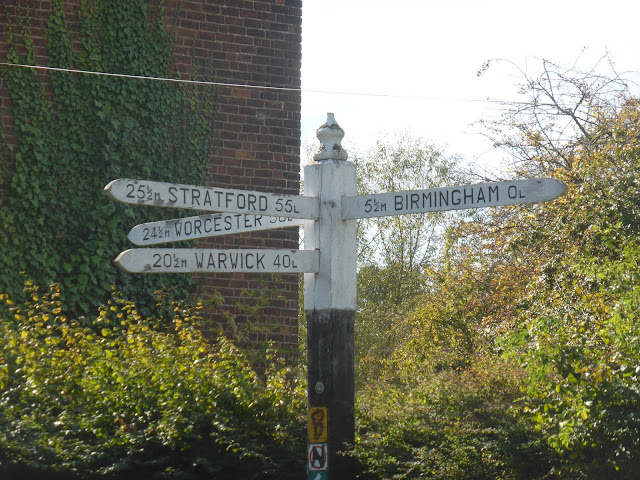 The bridge at the junction obviously receives a lot of knocks as it is quite a tight turn but we managed it without any scrapes. 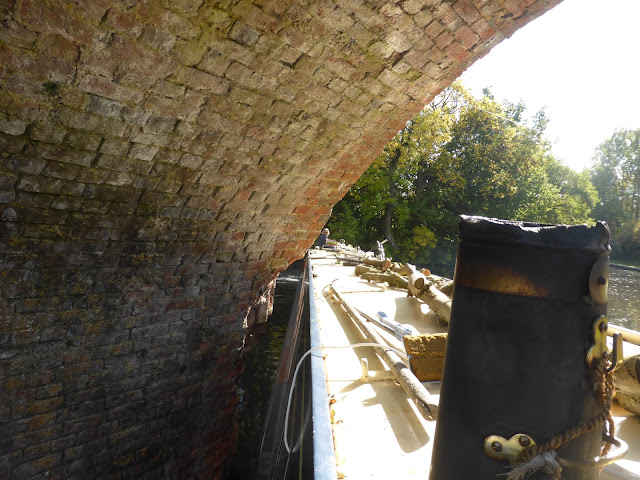 Soon after joining the Worcester & Birmingham canal we went past the Cadbury’s factories – the smell of cocoa wasn’t strong and only I picked it up. 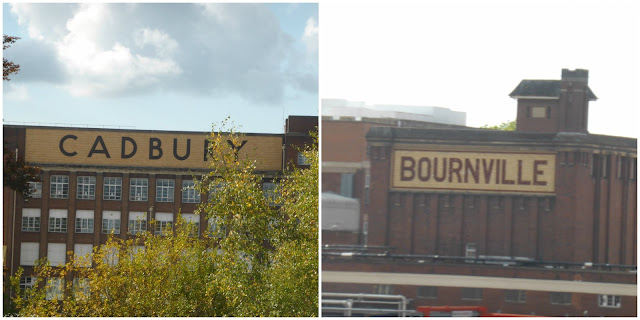 For canal enthusiasts, and there are hundreds in this area, we saw where the Dudley canal used to join.  Sadly now lost for good under developments but fortunately many miles of other canals are under restoration in the Midlands. 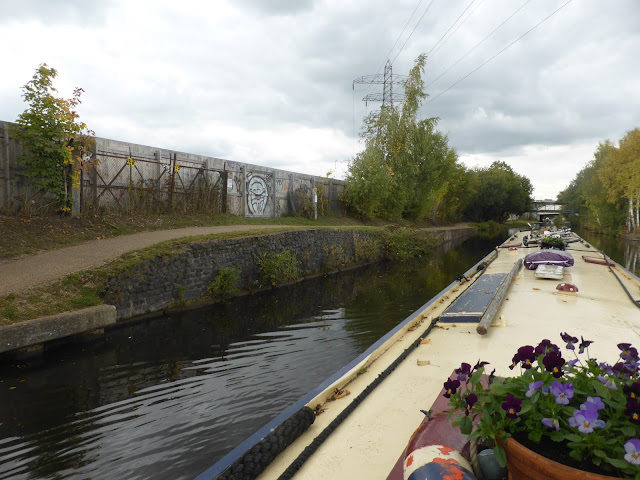 We weren’t expecting to go over this main road as it wasn’t marked in our book – mind you the book is 12 years old. 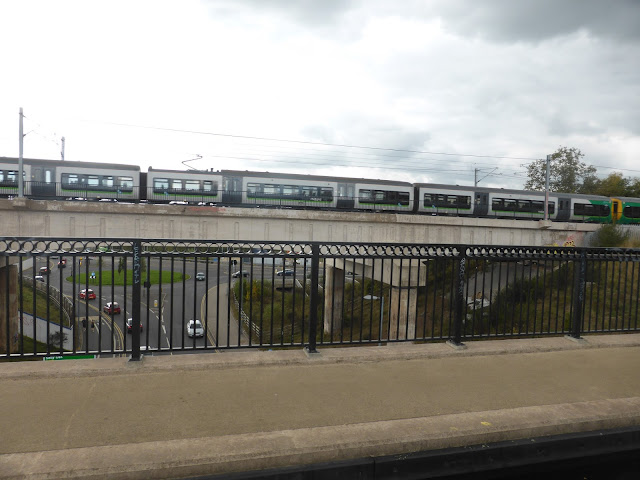 At Edgbaston there was a canal tunnel right next to a train tunnel. 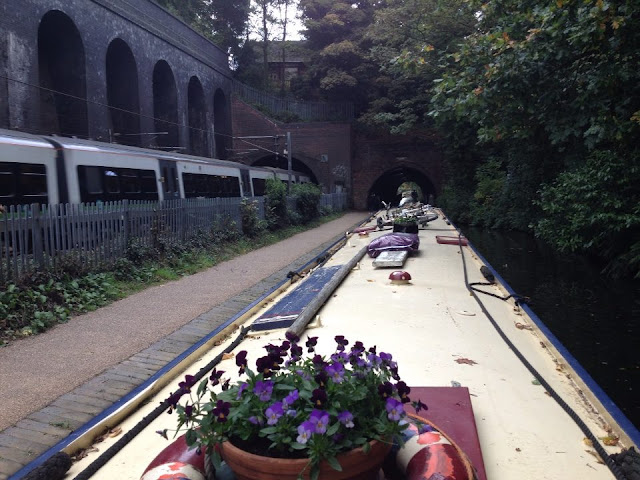 Eagle-eyed Karen spotted these fire hydrant gates that were painted black rather than the standard red.  Those of you who read previous blog entries from our times in Birmingham may recall that most road bridges have two red doors either side of the road.  These were put in during World War II so that emergency services would have easy access to water in times of emergencies following bombing raids. 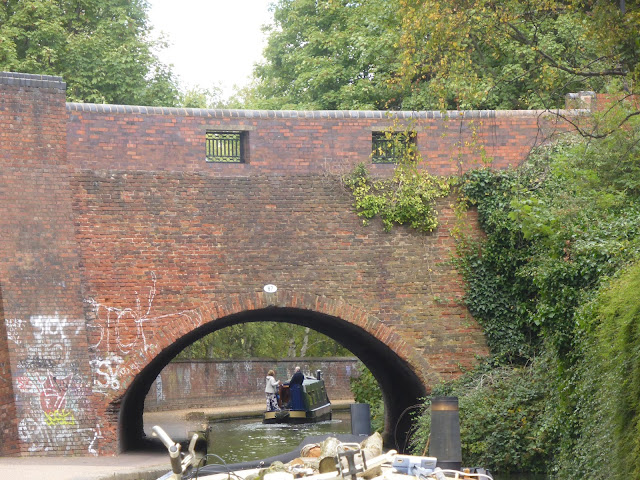 We eventually arrived in Birmingham and realised that we had been a bit daft as we thought there would be plenty of moorings but we had based that on when we were here in February.  We managed to get the last spot which coincidentally was the spot we chose in February. Two boats followed us in and we let one moor up alongside us.  They were a nice couple out for the weekend from Bumblehole which is between the city centre and Dudley.  We love the name Bumblehole as it sounds so quaint – we went through it on our way to Halesowen earlier in the year.

Going through the centre we went through the Worcester Bar at Gas Street Basin.  This used to be a physical barrier between the Worcester & Birmingham canal and the main Birmingham Canal Navigations.  Freight boats had to tranship their goods across the bar.  An Act of Parliament in 1815 forced the companies to build a stop lock to ease the situation. 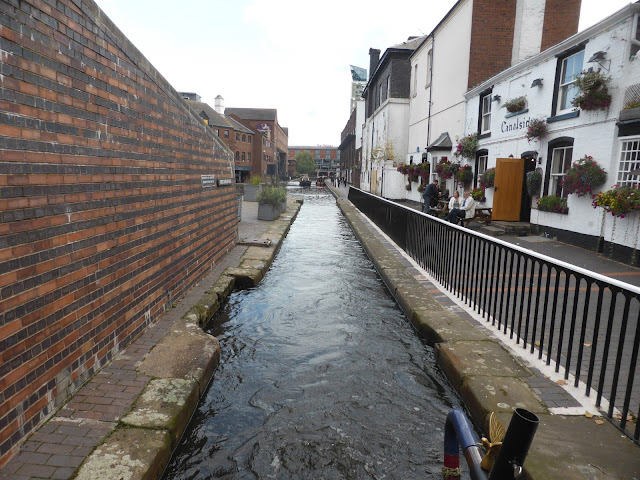 Here are some shots as we went through the centre. 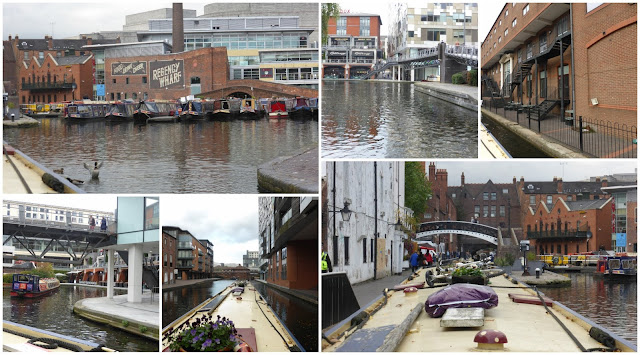 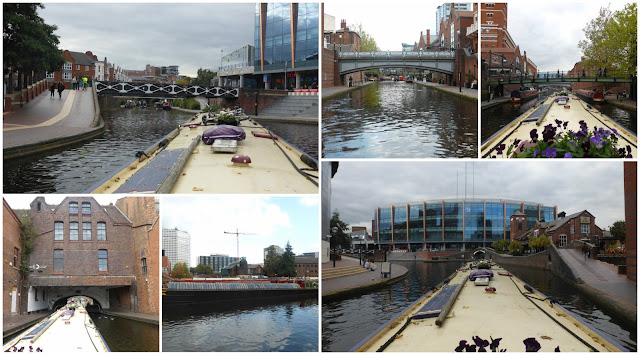