As we are going back to our house for Easter one of us will need to get to Nottingham on Saturday to pick up the car that Catherine keeps for us up there.  We will get onto the Shropshire Union (the Shroppie) and find a spot to moor near Brewood (pronounce Brood apparently).    From there we can catch a bus to Wolverhampton and then a train to Birmingham followed by a train to Nottingham.

We weren’t sure how far we would get on Thursday as strong winds were forecast but we set off anyway on the understanding we would moor up if it became too dangerous, irrespective of the local environment.

We passed quite a few boats going in the opposite direction.  When I pass a boat I always turn round at some point to see the other boat retreating into the distance.  It does not seem to matter whether I turn round straight away or a minute or so later but the guy on the other boat will always be turning round to look at me at the same time.  I don't know why I do this, it must be a man thing?

Coming out of the first lock we stopped dead which meant a trip to the weed hatch.  This empty bag of aggregate was the main culprit. 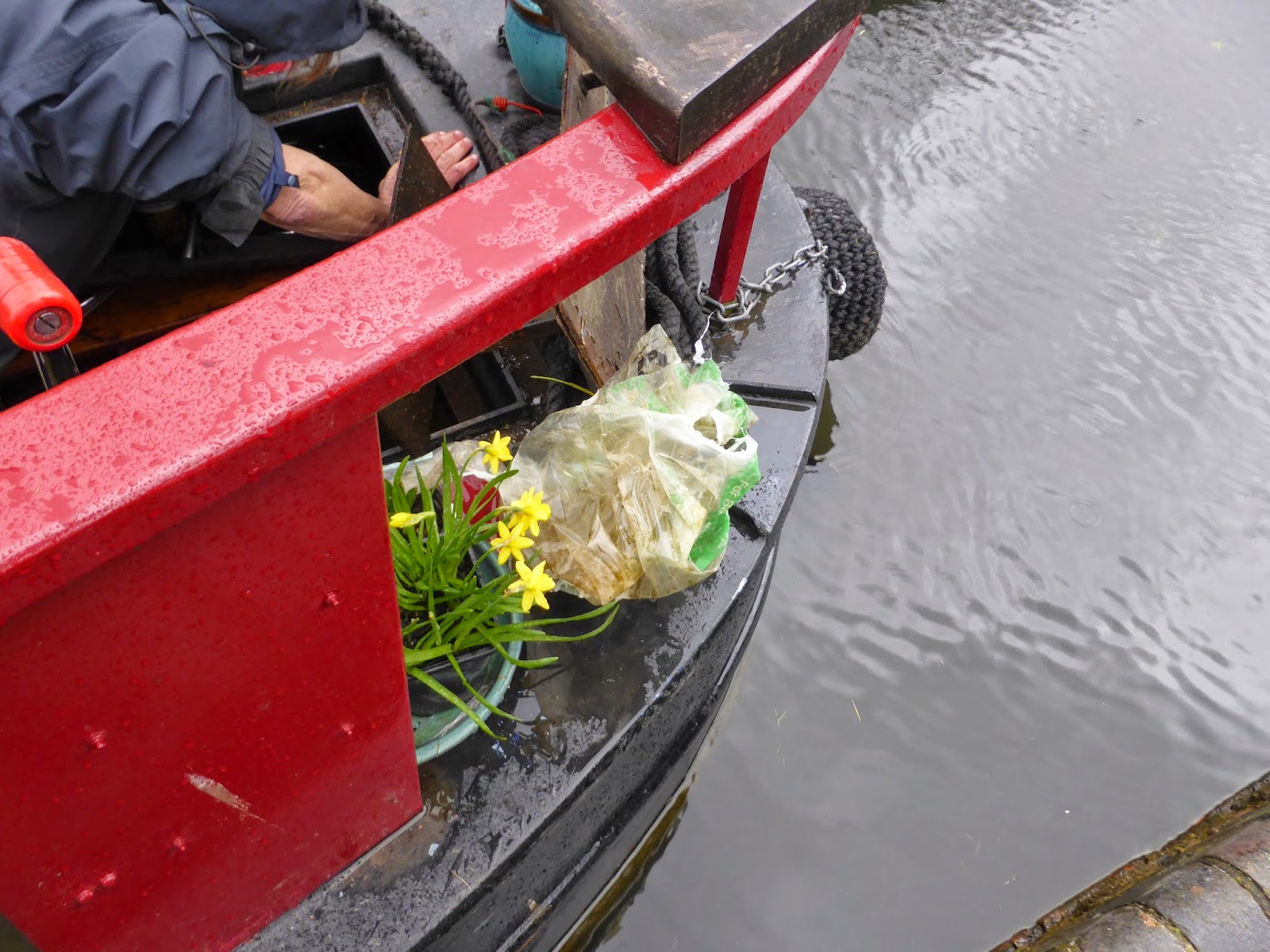 This is the time of year when you can start picking and using wild garlic leaves.  There were plenty here at Aldersley junction where the Birmingham Main Line heads off up the Wolverhampton 21 lock flight just before the bridge. 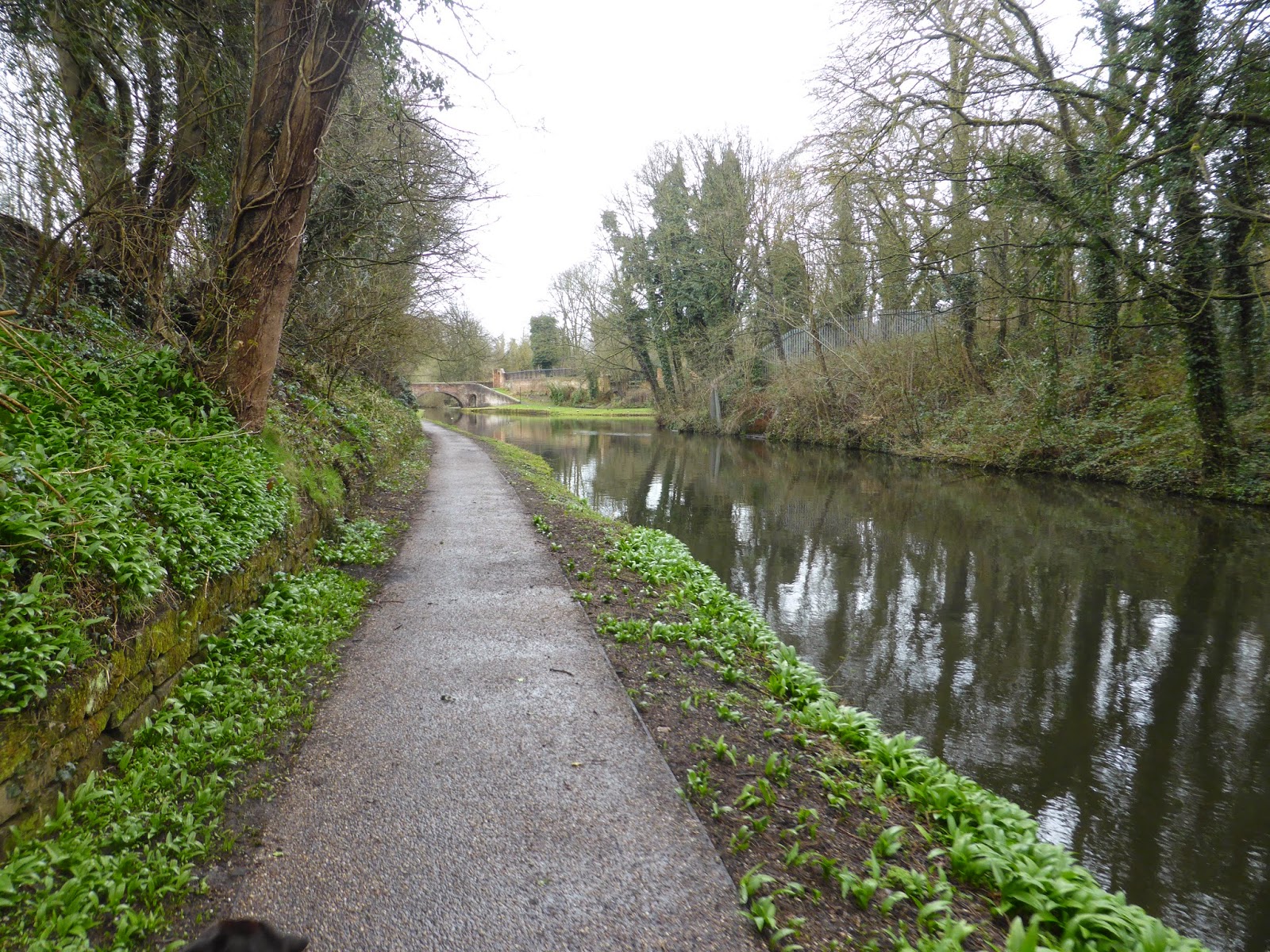 It feels like we have been to a lot of places since we did this flight six weeks ago when we came down south from the Trent & Mersey canal.  In those six weeks we covered 150 miles and 252 locks and visited places like Birmingham, Stratford Upon Avon, Stourport and Droitwich.  I have tried to show the large loop we have done below.

A few hundred yards after Aldersley junction we came to Autherley junction where we were going to turn left onto the Shroppie.  You can see from the water that it was still calm and no sign of the strong winds that had been forecast. 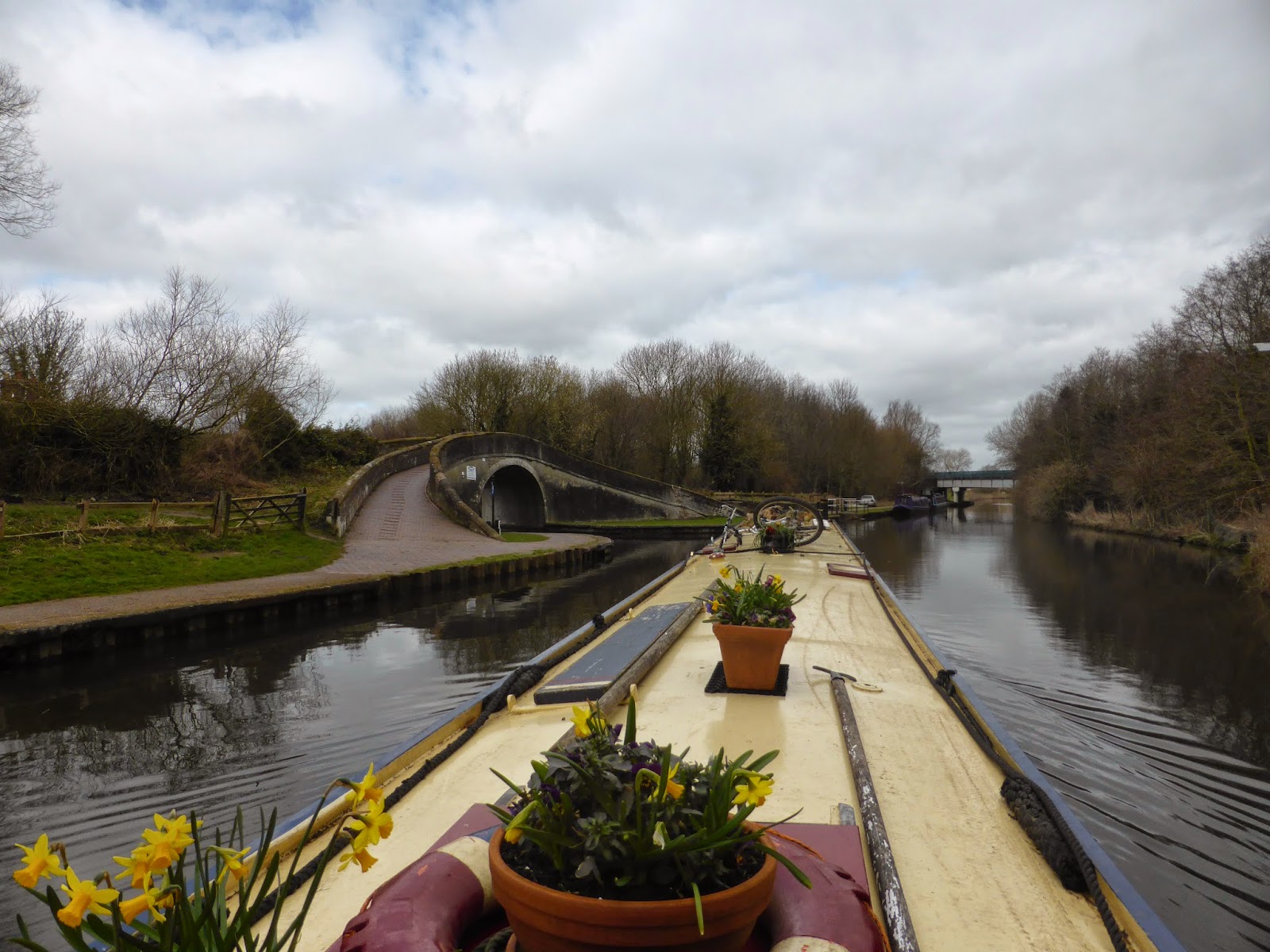 We had stopped for water between the two junctions and caught Buddy drinking from our watering can. 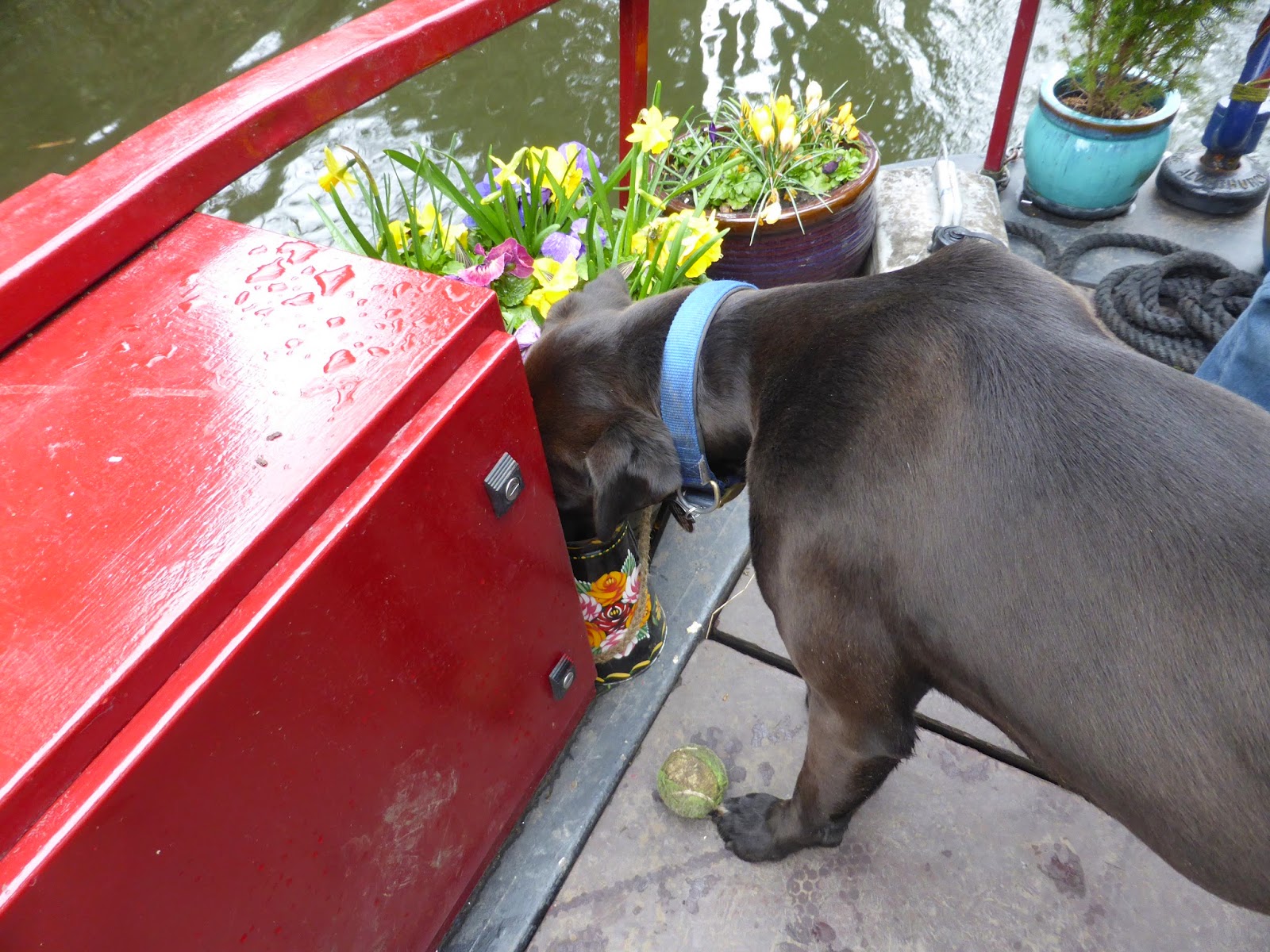 At Autherley junction this signpost told us we were heading for Chester so we knew we were going the right way. 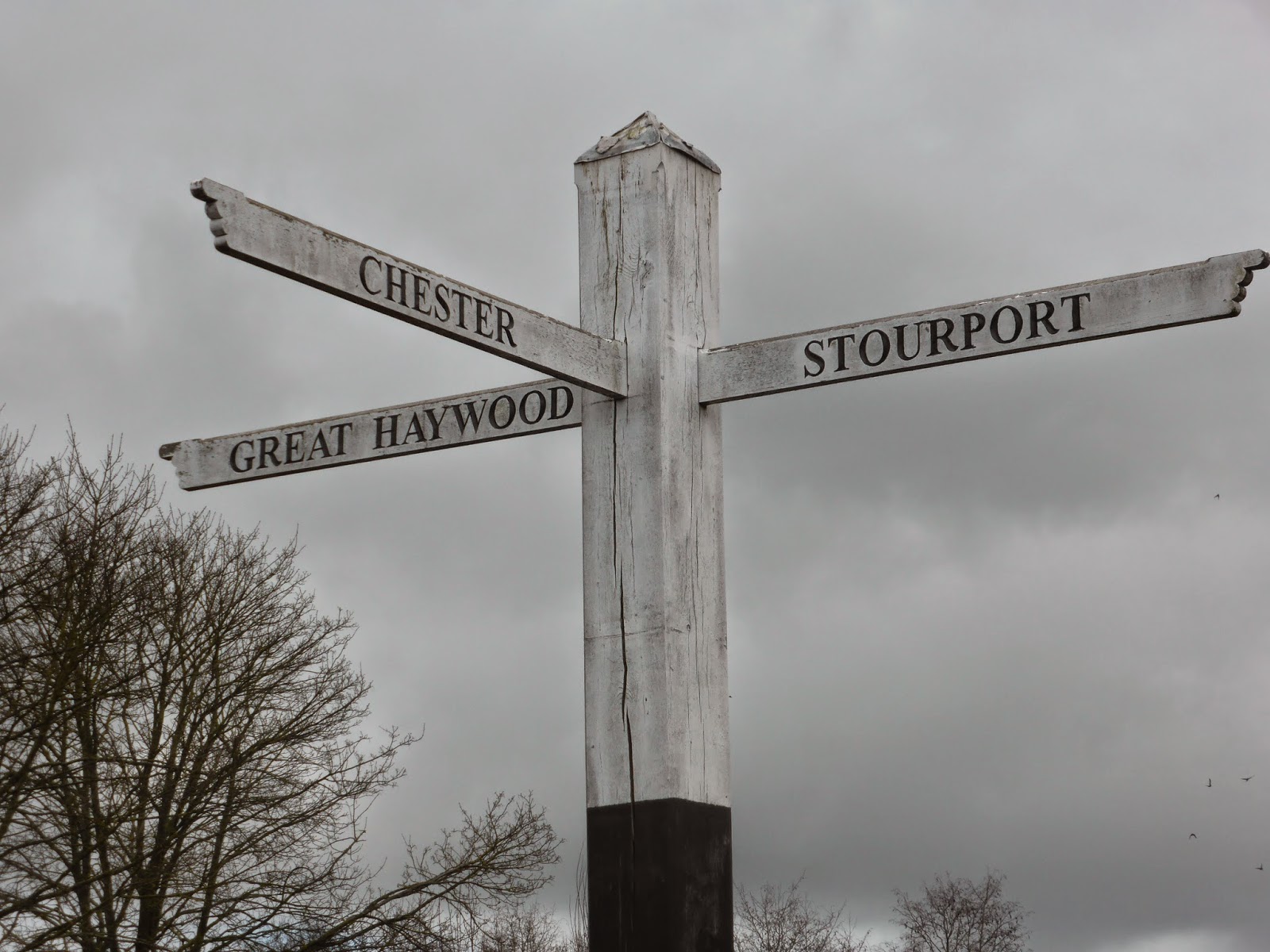 We couldn’t believe we’re only 39 miles from Nantwich where Karen’s cousin Dave and his wife Barbara have their boat at present.  They have just retired and bought a new boat and are just about to move on board like us – so it won’t be long before we meet up. 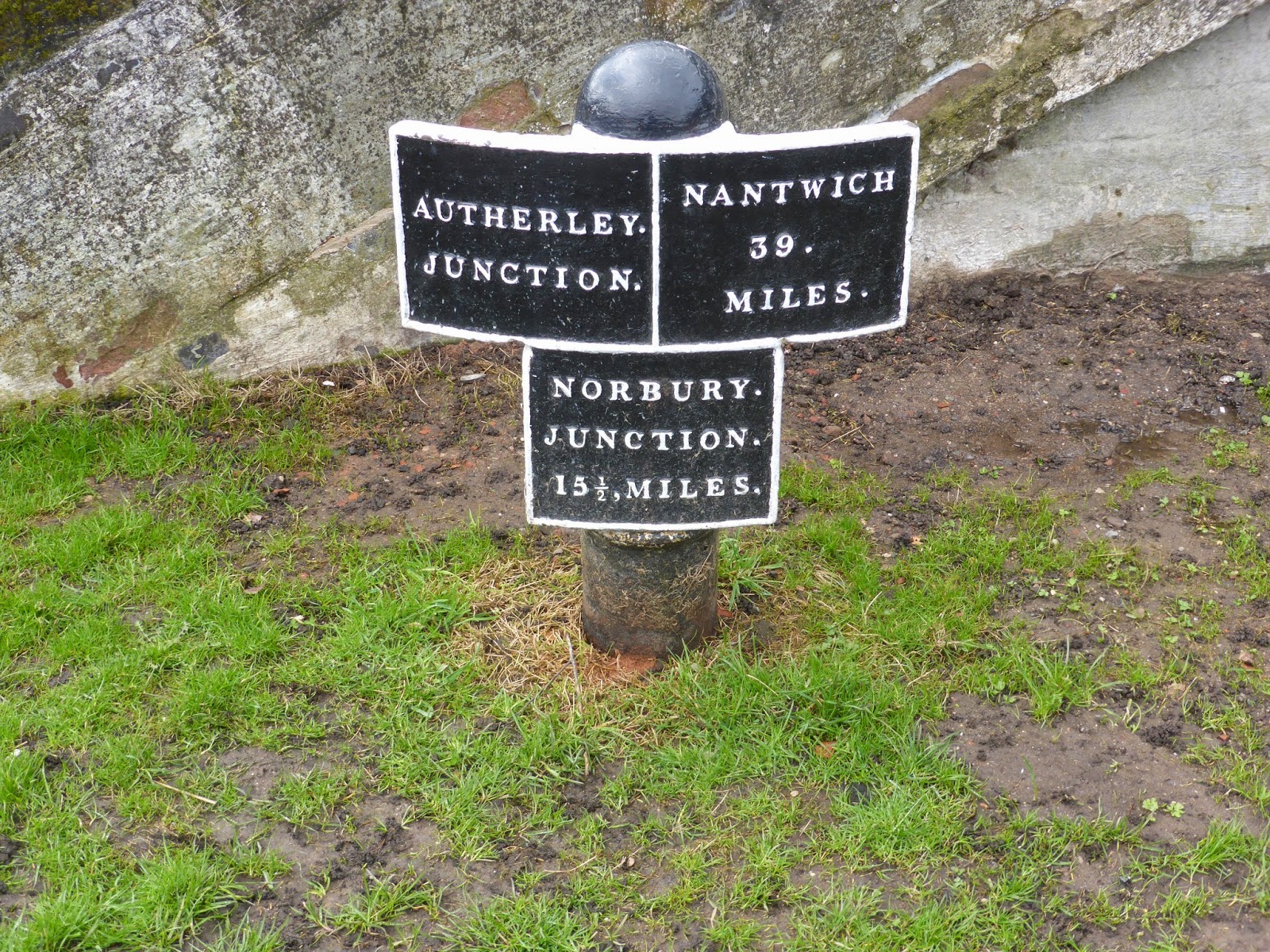 There was a stop lock as we joined the Shroppie.  Stop locks were built at canal junctions so boats had to stop and then pay their toll before joining the next canal.  This was also the first bridge on the Shroppie and the style of bridge plaques changed back to numbers only. 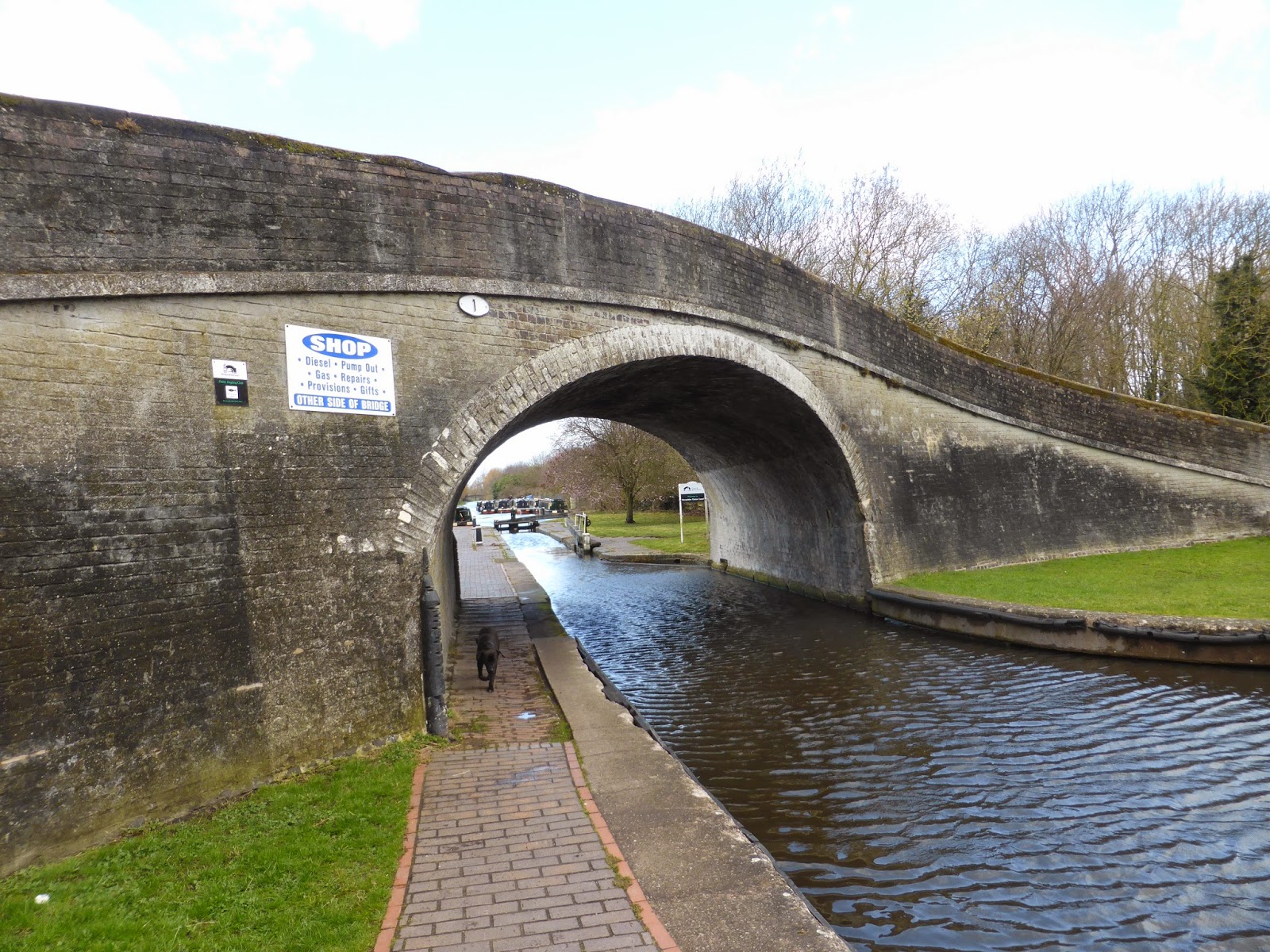 By two o’clock the wind was becoming too dangerous for boating so we moored up at this point soon after leaving the last sights of Midlands' urbania. 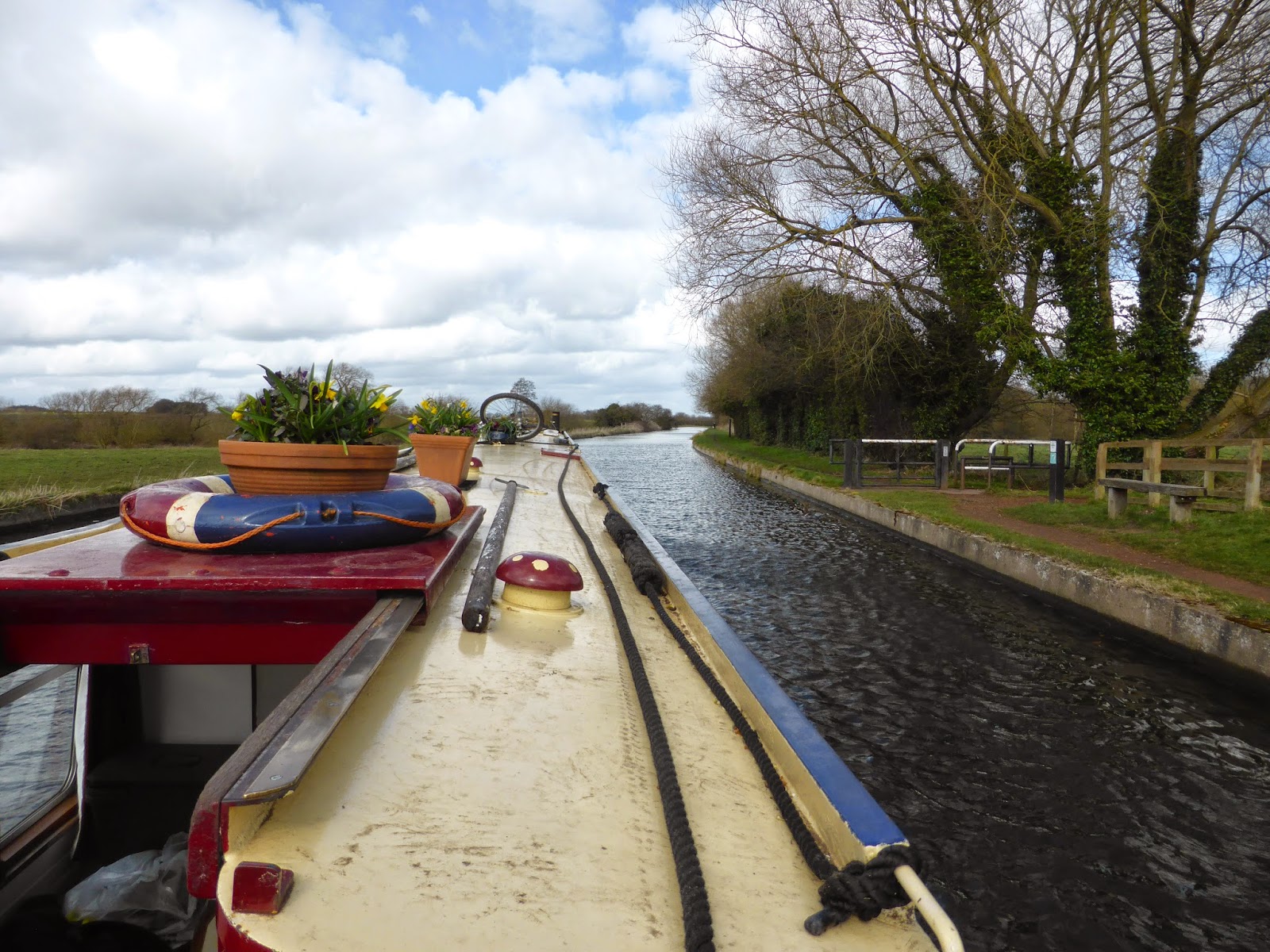 We stayed in for the afternoon and played card games then Karen cooked a Jambalaya; this was her view from the kitchen window, 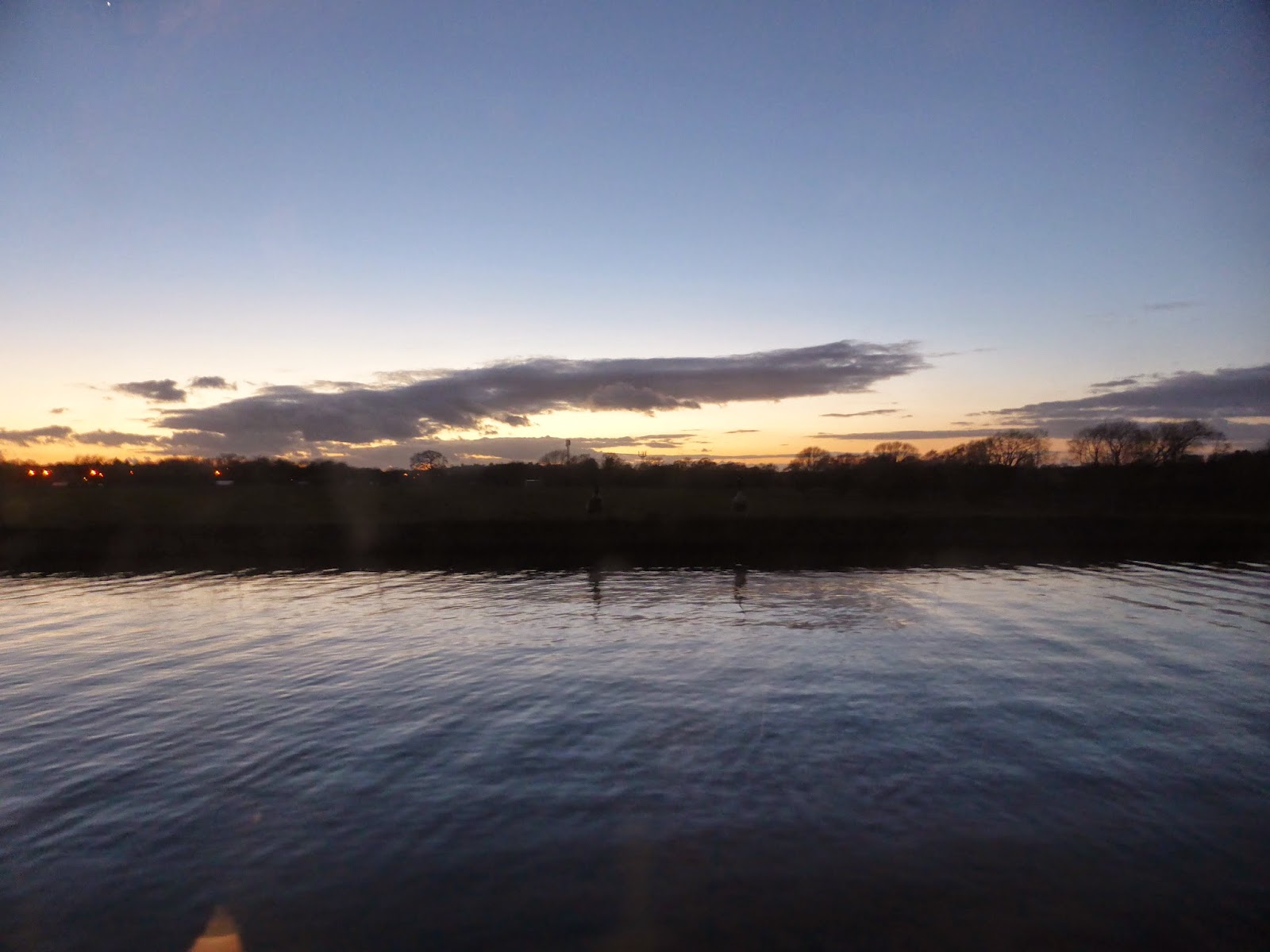 These are the last three locks we went up on the Staffs & Worcs in the morning.