We woke on Saturday morning to our first proper Autumnal mist and as it promised to be a lovely day we set off early. 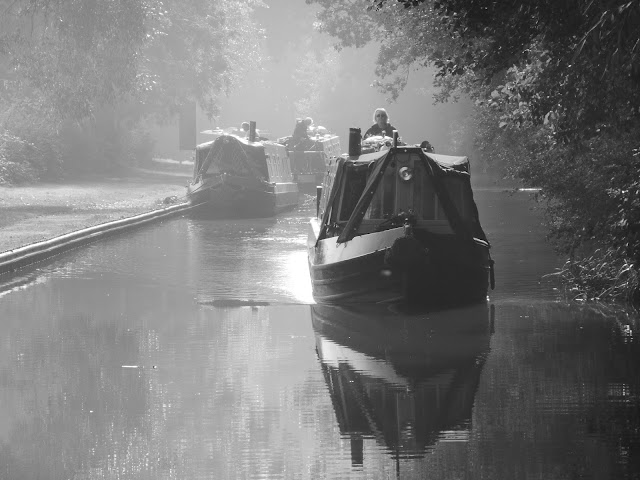 We cruised down five locks to Alrewas, one of our favourite villages, not least because of the butcher shop. 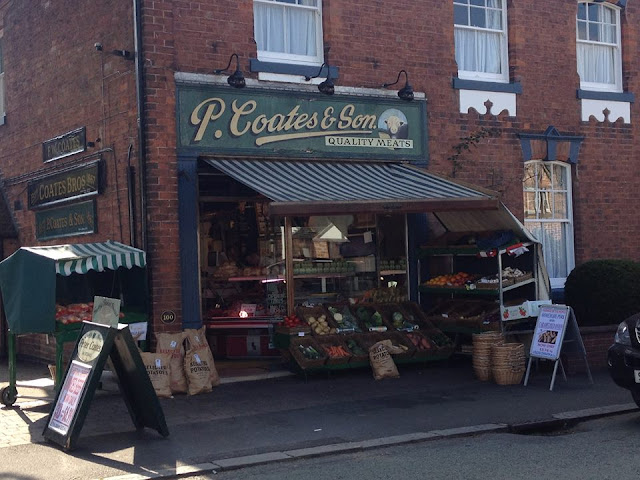 I had been preparing to put away my shorts and sandals this weekend as I thought summer was over – I was so wrong, it was a real Indian summer’s day. 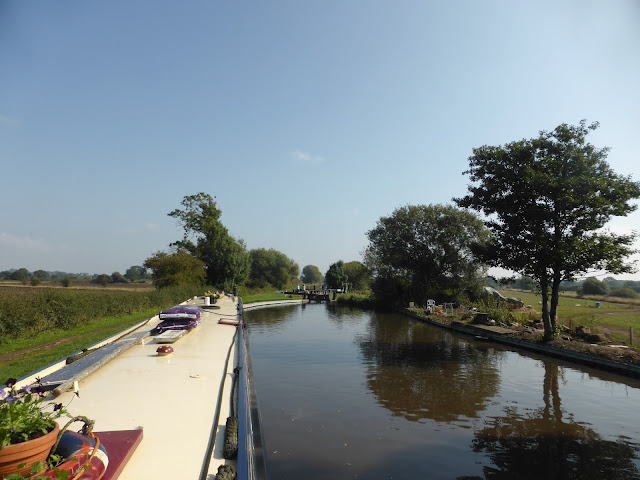 After lunch on deck we carried on to the first river section for several weeks.  This is the River Trent at its most westerly point of navigation. 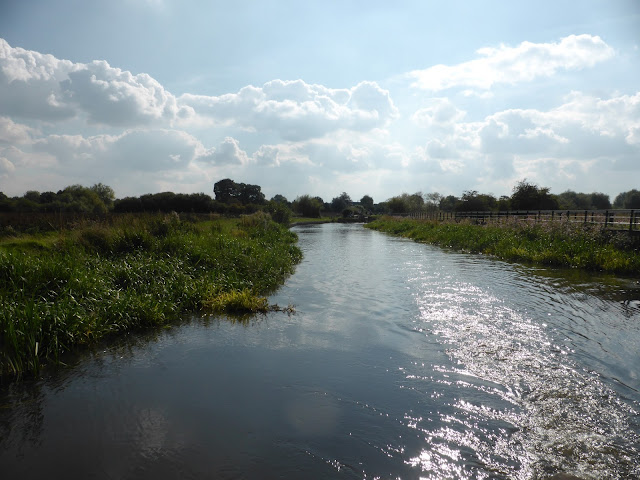 We went through another four locks and moored at Branston water park for the night. 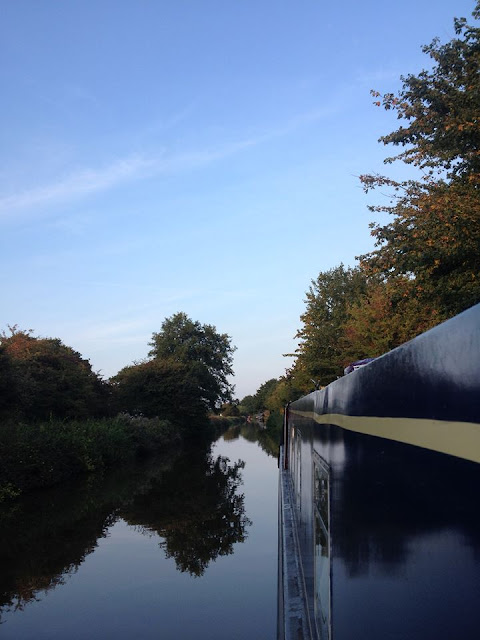 In the evening we met up with David and Victoria on Pas Meche and had a brilliant evening discussing plans.  This was their last night on board after living on their boat for six years so they had plenty of experiences to recount. 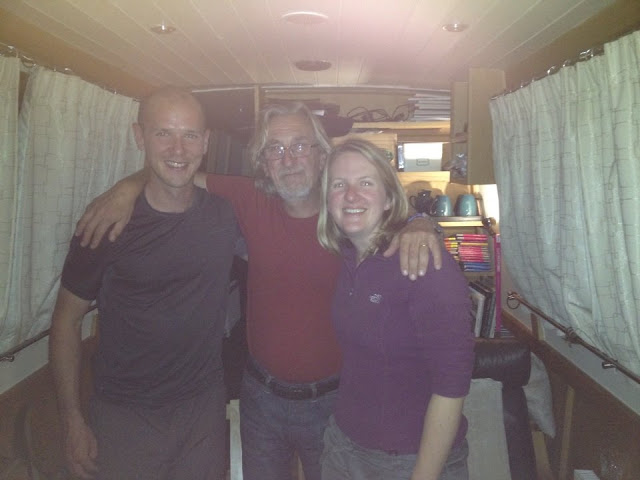 Here they are going off on their last cruise on Sunday morning. 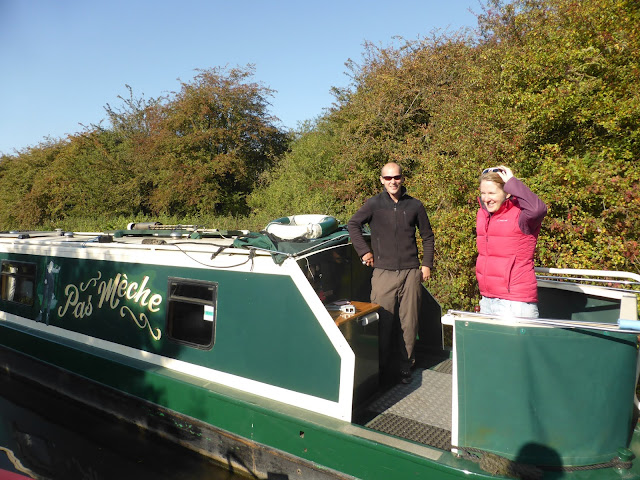 We set off for Burton-on-Trent as we had some shopping to do.  We passed a shiny boater who seemed to be wearing a special uniform for the job. 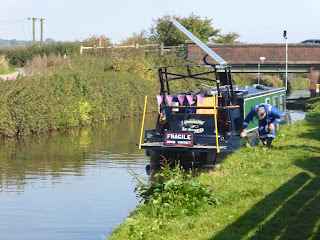 We moored at our usual spot by Marston’s brewery and walked into Burton.. 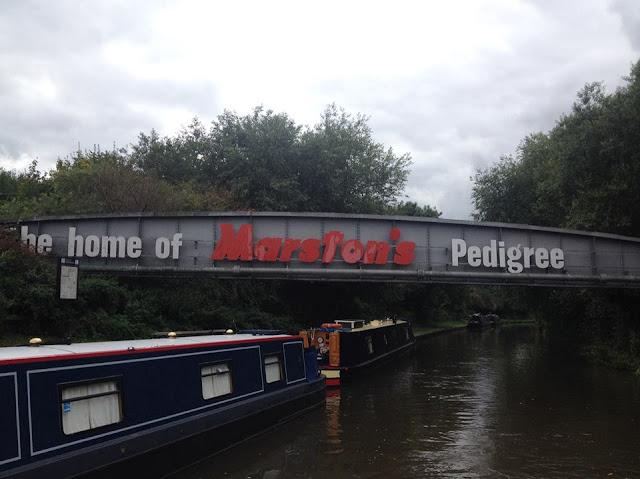 The Trent & Mersey canal has these ornate iron mileposts along the whole length depicting the distance between Shardlow (in the south) and Preston Brook (in the north).  The distance is always 92 miles but we knew we had seen one post where the total was 93.  We saw the odd post on our first trip along the canal but didn’t get a picture and we missed it on subsequent trips.  This time we were determined to find it again and here it is. 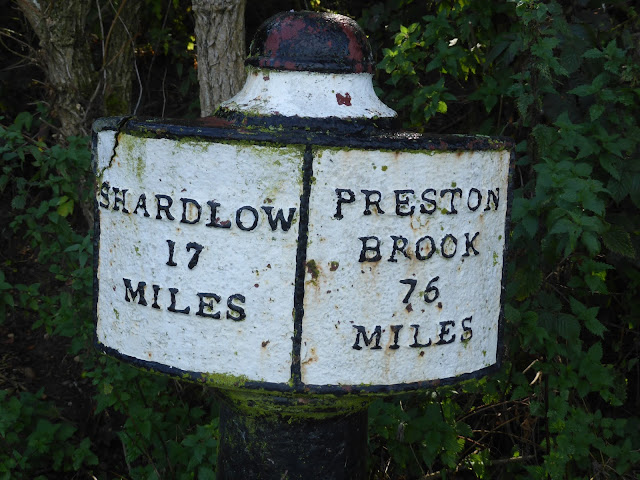 I seem to remember our friends Mike and Aileen getting in touch a while ago to say they had spotted it too.  This is one of the standard posts totalling 92 miles. 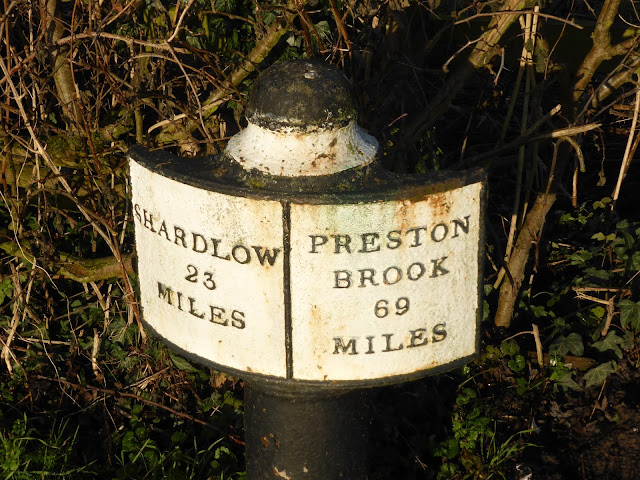 We moored with Les, John and Sue and spent the rest of the day watching the rugby.  After each match we stood on the towpath enjoying a drink and a chat together.

These are the nine locks we went down on Saturday… 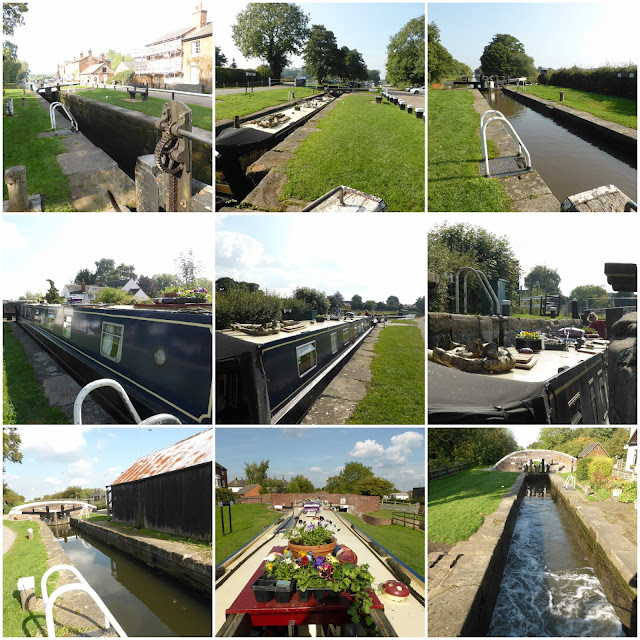 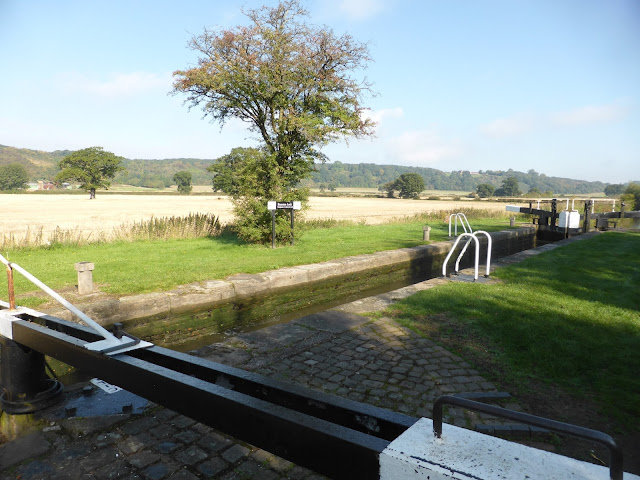 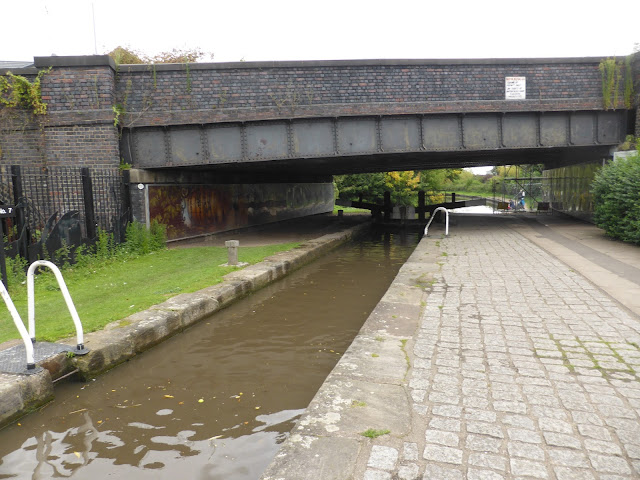