Polesworth (a very busy day on the cut)


We’re hoping to meet our friend Les, who lives on his narrowboat Country Rose, for a drink on Friday night at Fradley junction.  This means we have two fullish days of cruising ahead of us to get there. As we needed water Buddy and I set out early to get to Hartshill where there is a water point.  Unfortunately, when we arrived, someone had just moored up there so we decided to carry on and fill up at Atherstone.  Karen got off and walked with Buddy to Atherstone as it was such a lovely morning and this stretch of the Coventry canal is rather pretty and feels very rural. 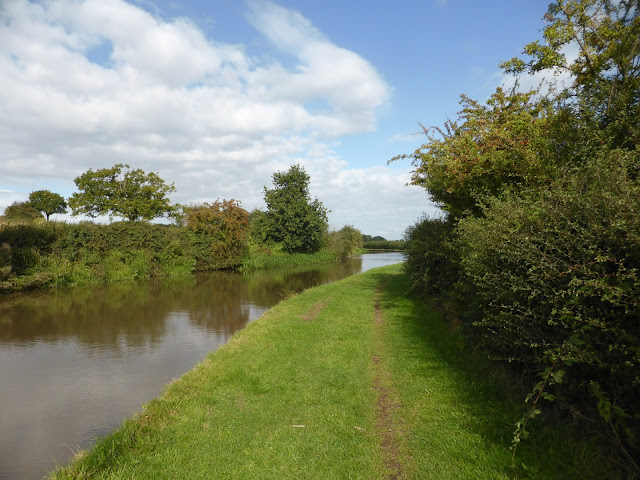 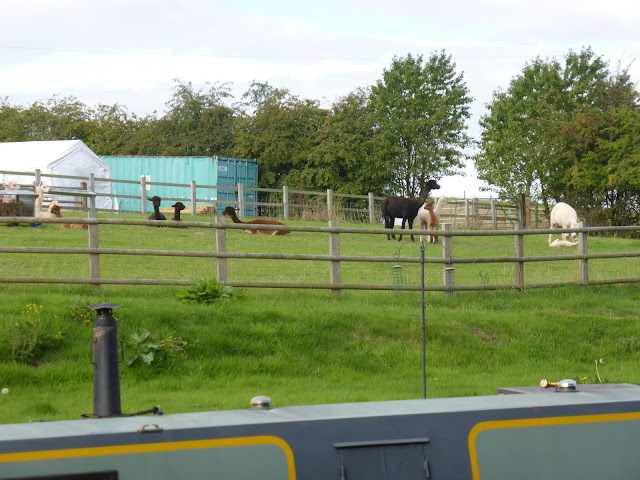 Even though the Coventry canal is a narrow canal in that its locks are only wide enough for a narrowboat, the bridges on this section are wider.  This was to allow wider working day boats to travel the lock free section from Atherstone to the junction of the Ashby canal and transfer their loads to waiting narrowboats.  There used to be coal, manganese and stone mines all the way along this section leading to a lot of boat traffic. 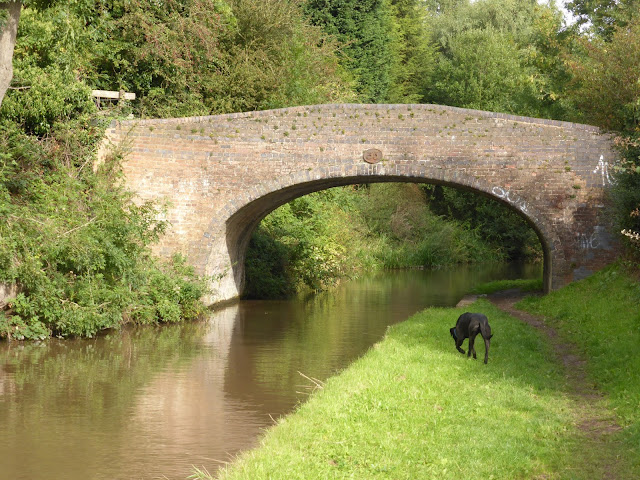 We passed Manceter which is where Boudica is reputed to have had her last battle against the Romans. 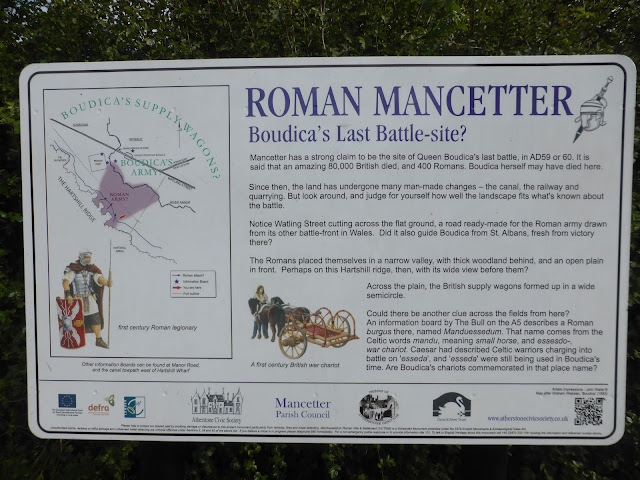 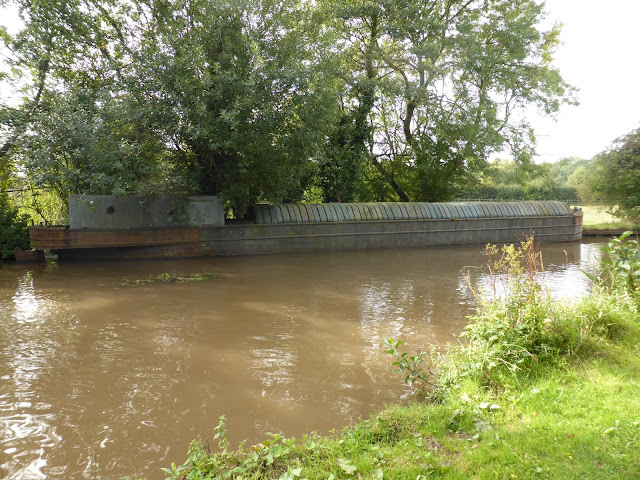 We arrived at Atherstone before lunch and started the descent of 11 locks over a couple of miles.  At the top lock there was a book-swap point so we dropped off our read books and picked up some others.  We had to wait for a boat to come out of the lock and they were doing the same thing and the guy and Karen did some direct swaps without using the book-swap.  When I passed them on my way in to the lock we recognised each other and both recalled we had met up in Stourport basin earlier in the year.

It was very busy with queues at nearly every lock.  We stopped after four locks to fill up with water and, as it was gone midday, we had our lunch whilst waiting for the water tank to fill.  We met some lovely people whilst locking, nearly all were friendly and helpful whether they were hireboaters, liveaboards, season-cruisers or shiny boaters.  Shiny boaters is a tongue in cheek description of the people who have boats as a second home and maybe have a week's holiday in it once a year.  They also take them out on the odd weekend, cruising to the closest pub to the marina on Friday night, polishing and cleaning the boat on Saturday followed by a pub dinner.  After Sunday lunch they cruise back to the marina; they are likened to flashy German car owning, estate dwellers.

In January we moored up below the bottom lock for a few days because it was too windy to travel but we found a lot of interesting walks to occupy us.  Here is a picture taken on 8th January compared with one taken today. 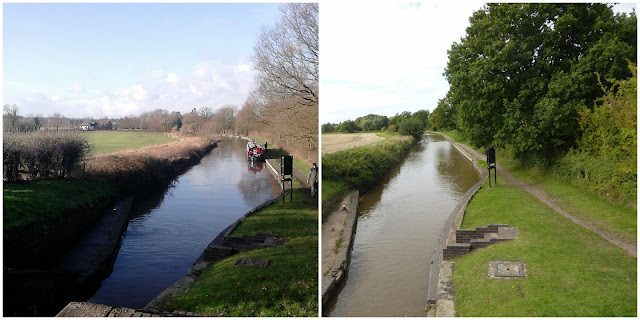 Buddy was up to his normal trick of finding a stick to play with at each lock. 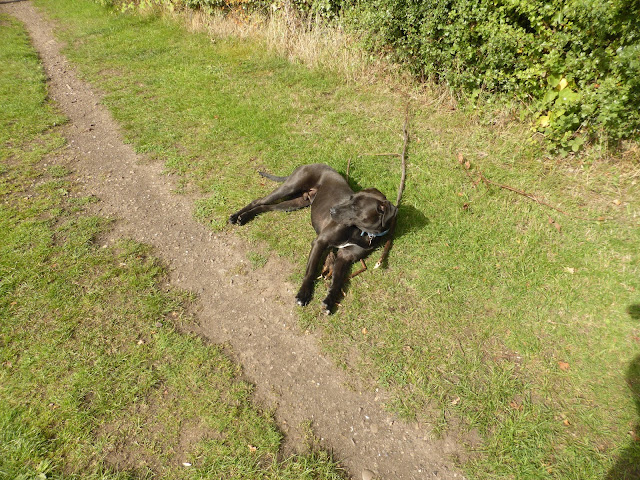 These are eight of the 11 locks we went down during the day. 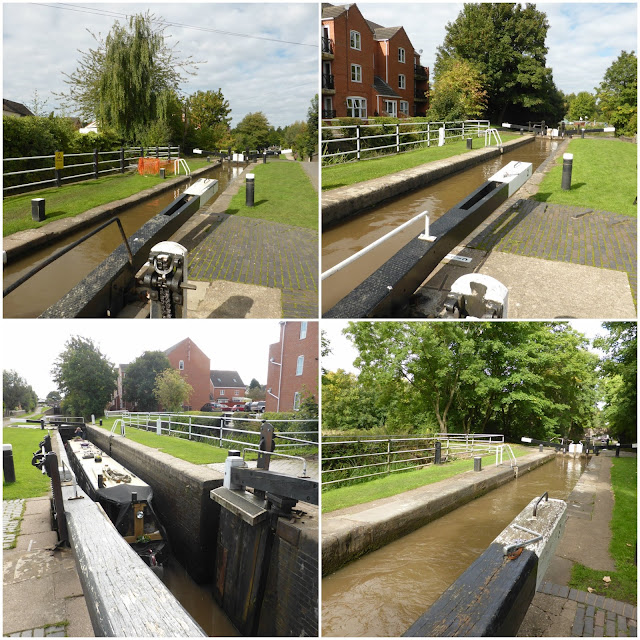 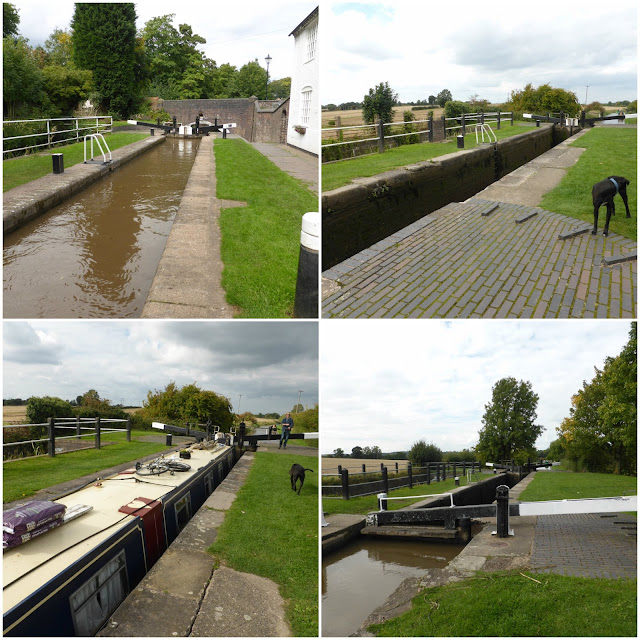