We were just setting off for Uppermill under Saddleworth Moor on Monday morning to meet up with family friends Steve and Debbie when they suddenly appeared next to us.  They had walked down the towpath from Uppermill.  It was lovely to see them and catch up with things.  As there were six locks close together they walked with Karen and Buddy and learned how to operate the locks.  They both had a go at driving the boat as well.

We grounded several times on the trip as the canal is still very shallow.  In one lock we couldn’t get fully in as it was too narrow at the far end.  After a bit of thinking and fishing around for objects we realised that we still had a couple of fenders down at the front.  These were preventing us from getting into the narrowest part.  This was a lot of fun for all the gongoozlers – lots of tourists as it was Bank Holiday and Uppermill is the first real tourist trap heading north from Manchester.

This is the first frog we have seen in a canal.  It was hiding behind a lock gate. 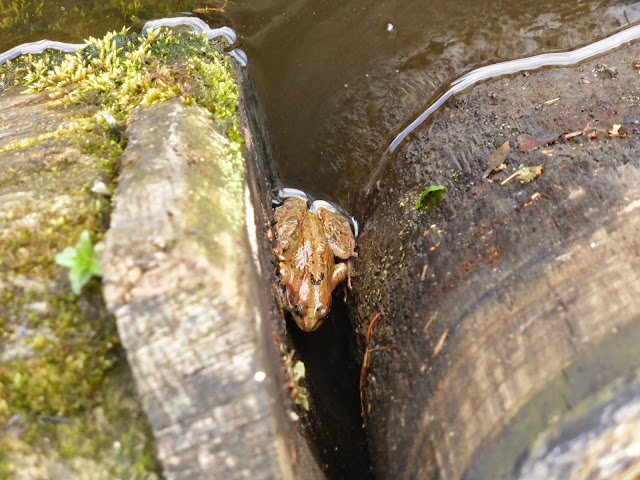 This lock had a mechanical balance beam on one side as the beam was so short because of the road. 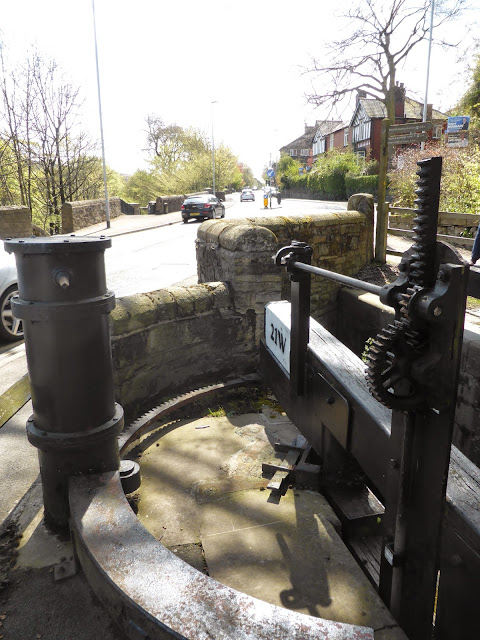 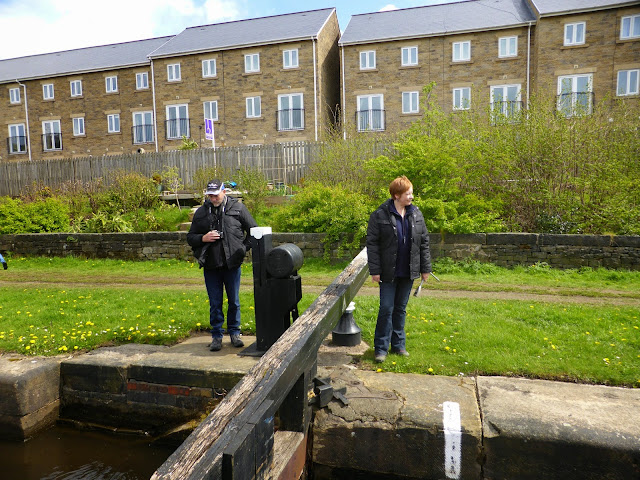 Debbie relaxed at the tiller. 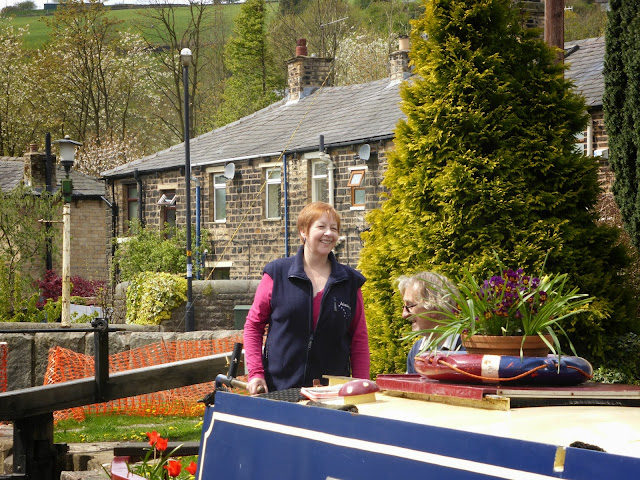 Strange bridge at Shaw Hall that had a promenade area for people to watch the boats go underneath. 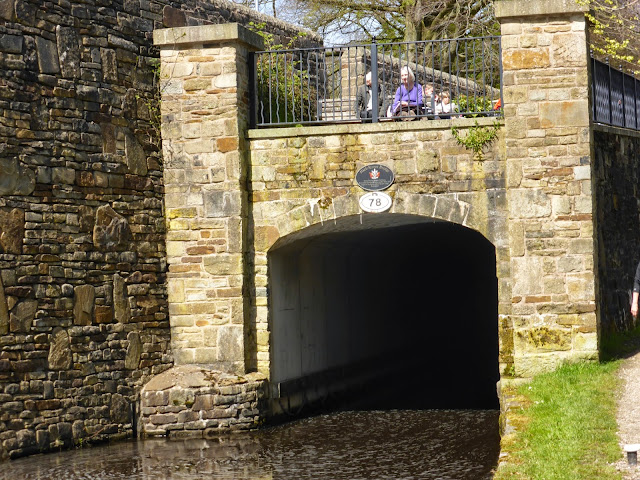 The Yorkshire Pennines are beginning to loom ahead. 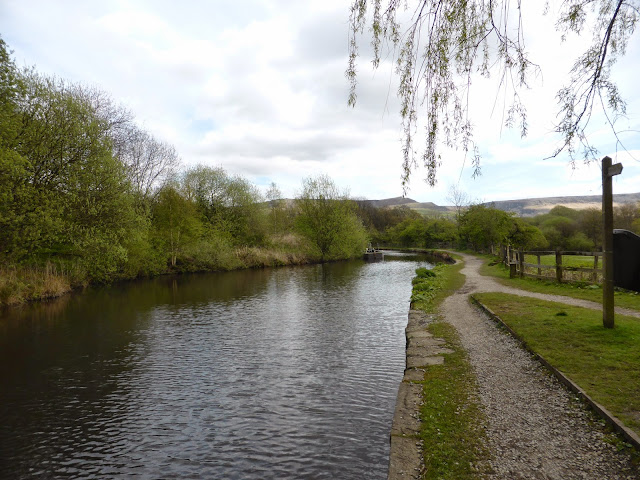 We moored for the rest of the day at Uppermill under Saddleworth Moor where we went through our final lock with plenty of gongoozlers.  We knew that we knew of Saddleworth Moor and later realised it was where the 'Moors murderers', Hindley and Brady, buried their victims. 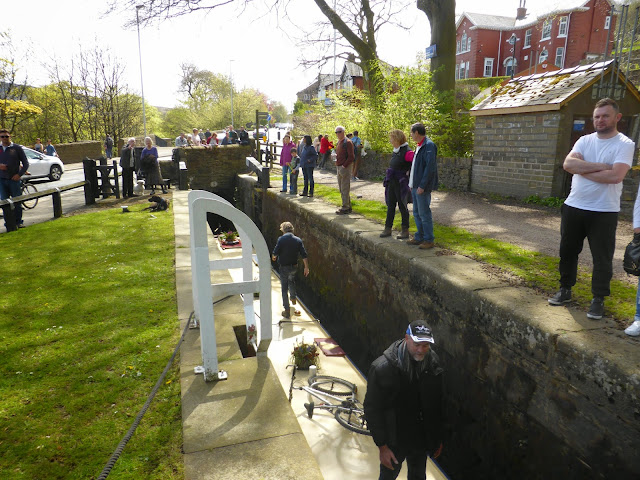 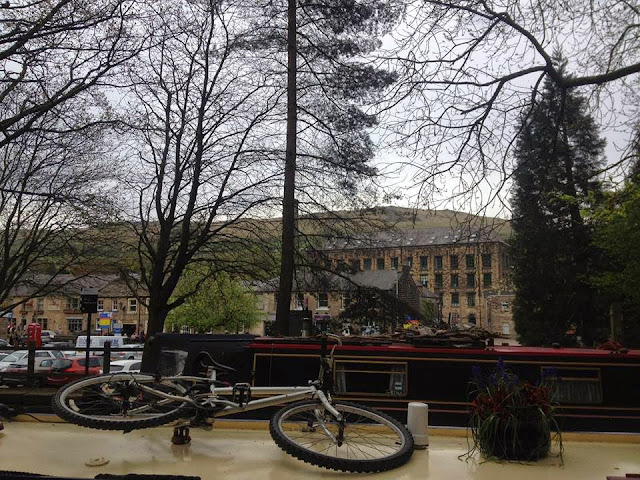 We had a lovely lunch with Steve and Debbie and then wandered around Uppermill.  The stepping stones are a real attraction for the children.  They reminded us of our annual family camping trip to the Yorkshire Dales when we always take pictures of us on the stepping stones in my parents’ village.  We take one picture in height order and one in age order. 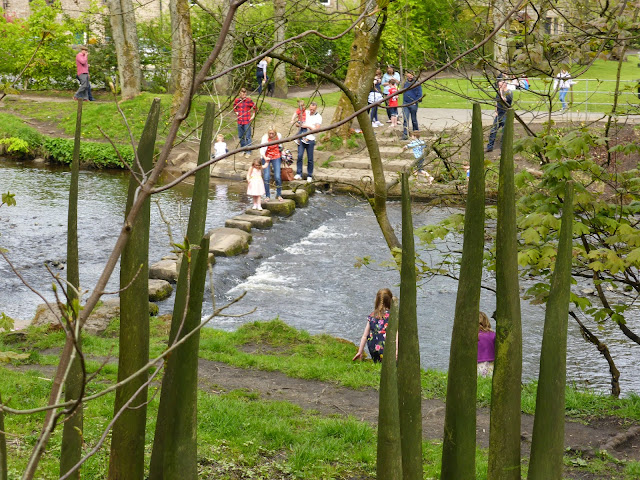 Here are the seven locks we went up today. 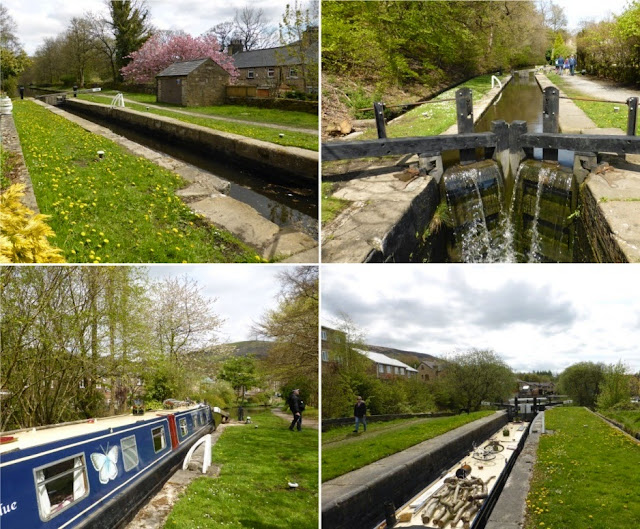 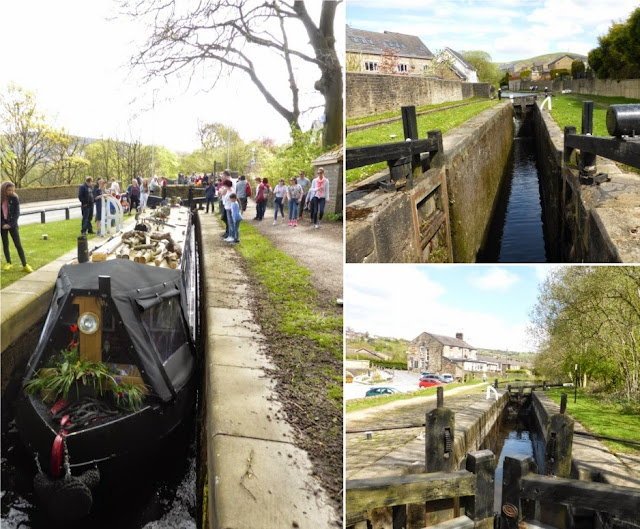