It was like a mill pond on Wednesday morning and the sun was out so we set off at 8.00 to get down the 18 locks on the Ashton canal into the centre of Manchester.  There have been so many reports of trouble on this canal from the locals that we set off a little apprehensively.  As it happened we found people friendly and hardly any run down areas of housing; in fact, areas of Birmingham and Wolverhampton were far more intimidating.  Several people said welcome to Manchester as we made our way in – it made us feel that they were proud of their city.  So all in all we had a relaxing and enjoyable cruise into Manchester.

As we joined the Ashton canal this signpost confirmed we only had seven miles to travel today. 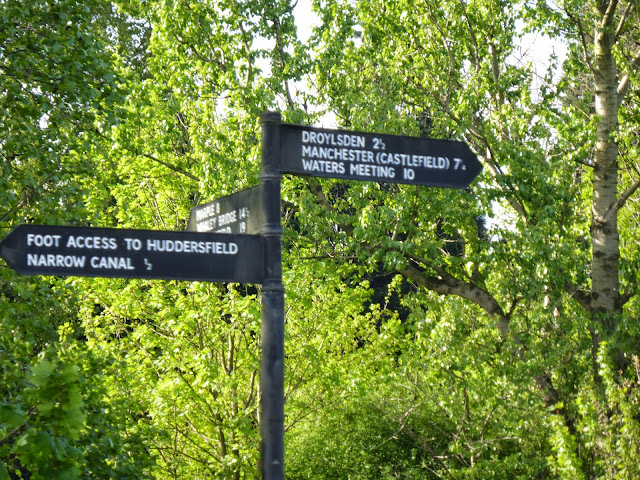 After a mile we went under the M6. 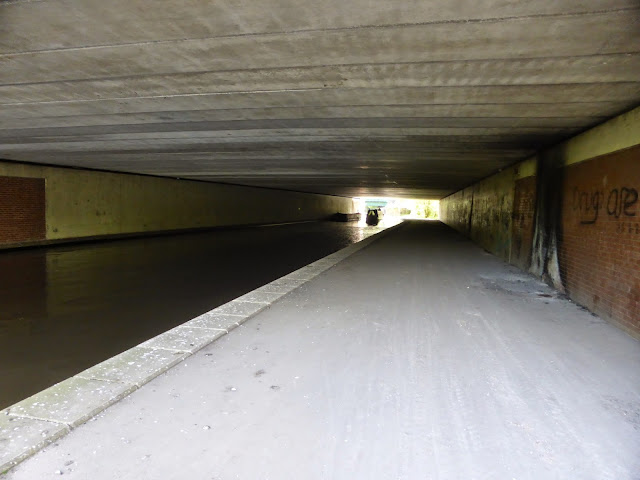 Travel for Manchester are funding the upgrade of the tow path along the seven miles of the Ashton canal.  Here is a section that has been rebuilt and is now ready to take new tarmac. 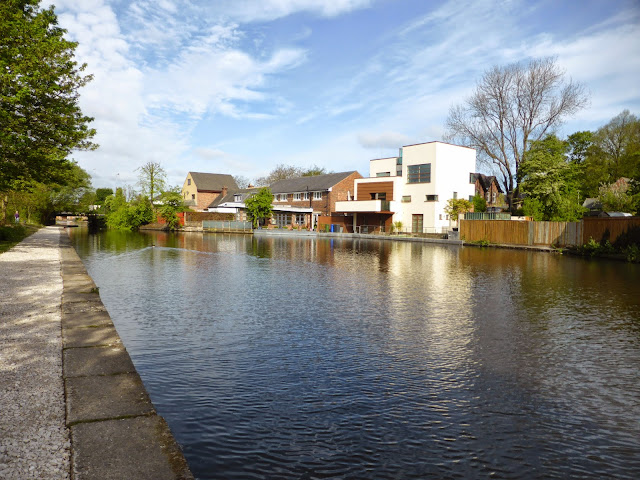 This section has just had the tarmac laid. 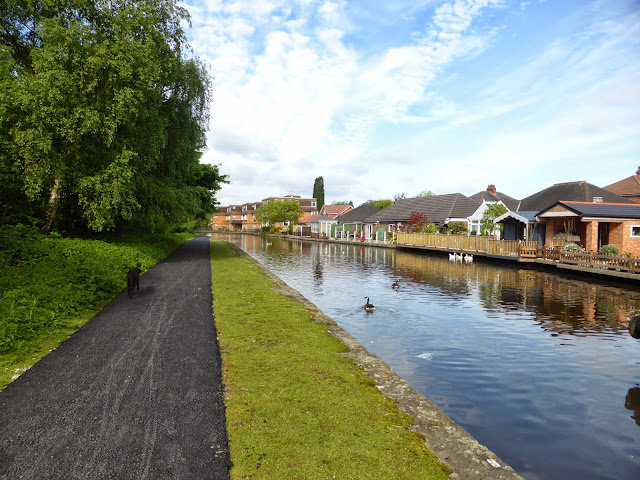 Seven miles is very short for a canal although we have been on the one mile long Hertford Cut which runs from the Regents canal at Victoria Park across to the River Lee in Hackney.  There were a couple of really low bridges so it was off with the chimney etc. 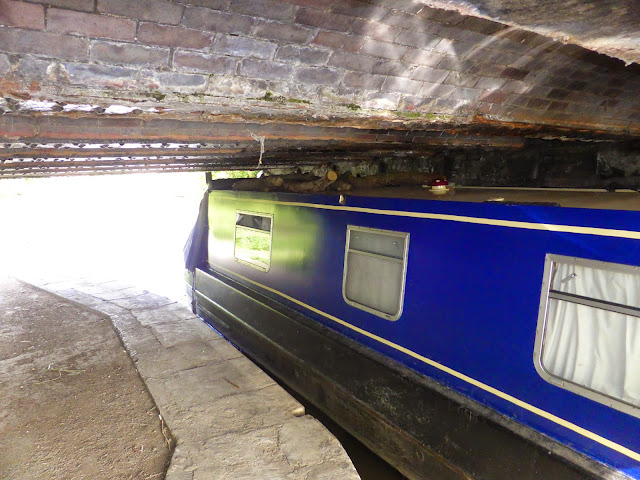 As with Birmingham we passed many old arms leading off the main line as we got closer to the centre. 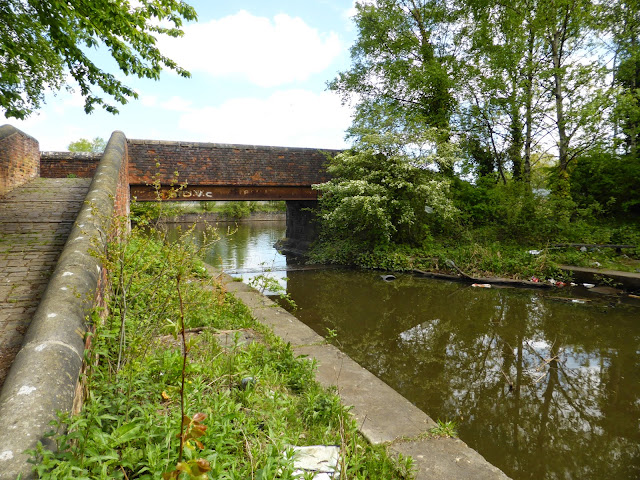 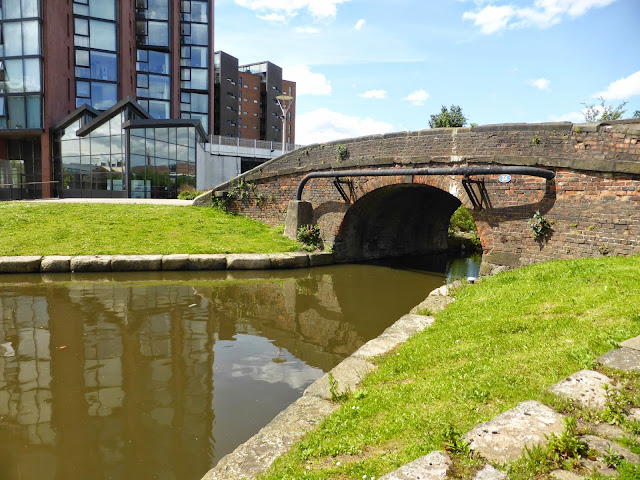 Many of the locks still have the original steps that used to be used before ladders were installed in the late 19th century. 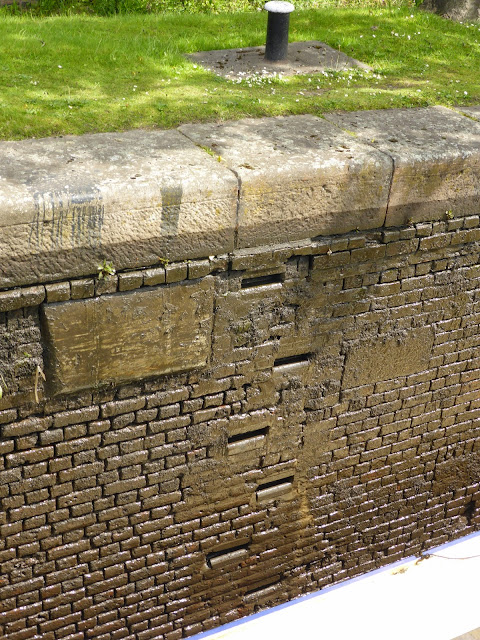 We went past the velodrome… 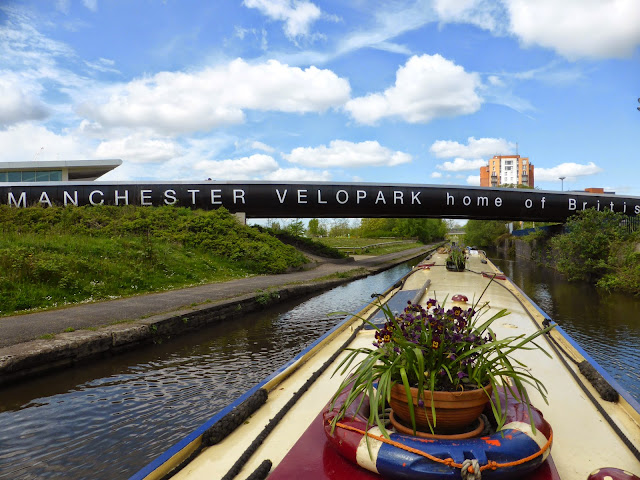 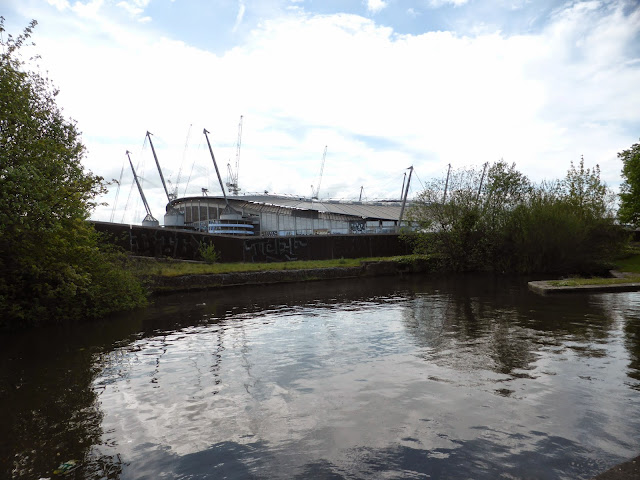 Nearer the city there were plenty of new apartment blocks. 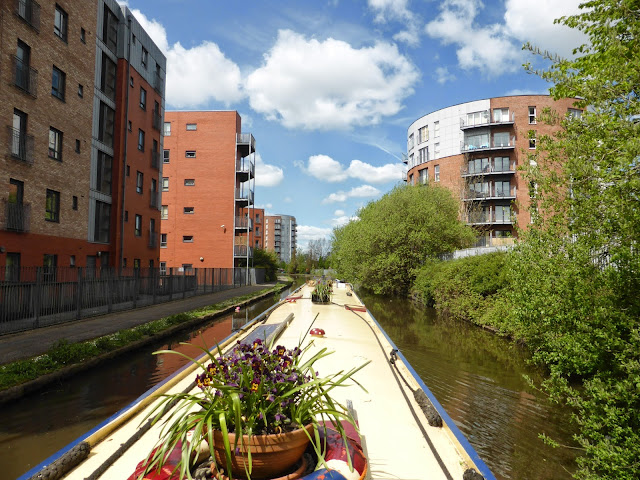 After a dozen locks we could see the centre and the controversial Manchester wheel.  There have been several incarnations of the wheel since 2004 in three different sites.  It has been in Piccadilly Gardens since 2013 and is about to be dismantled again. 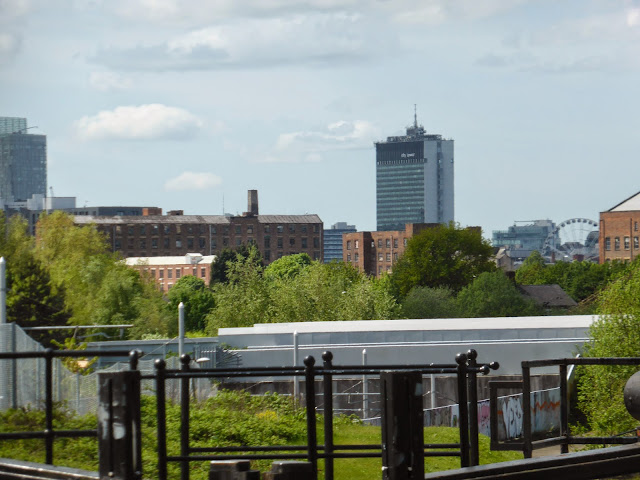 Compared with Birmingham there appeared to be far less graffiti and far fewer abandoned buildings.   This one was brightened up with these murals. 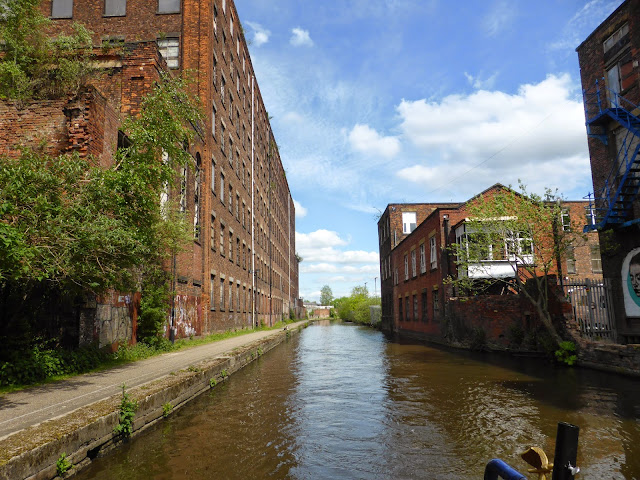 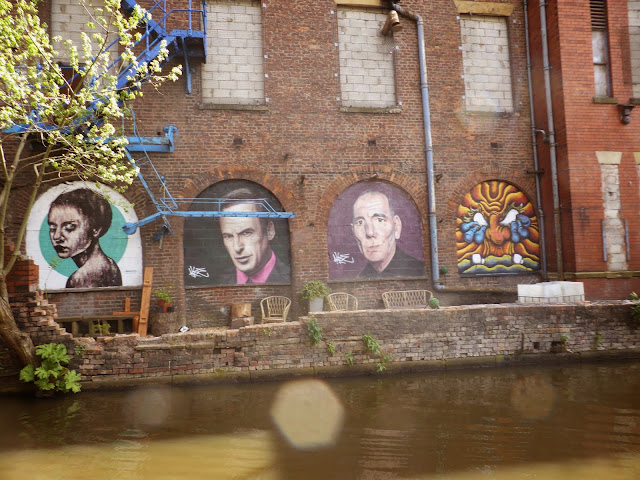 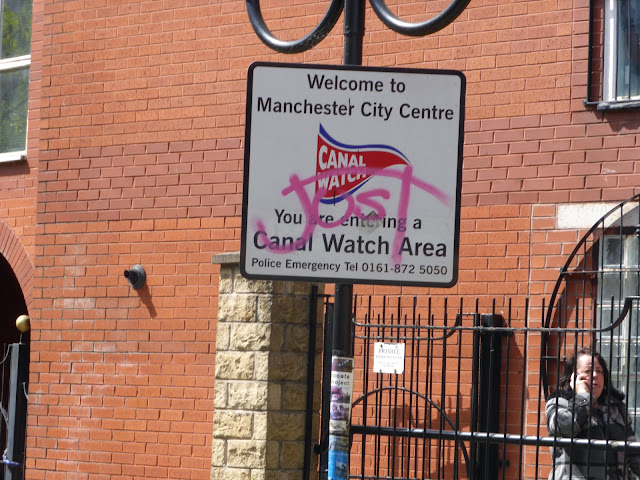 As usual there were lots of Canada Geese but this nest of eggs seemed to have been abandoned. 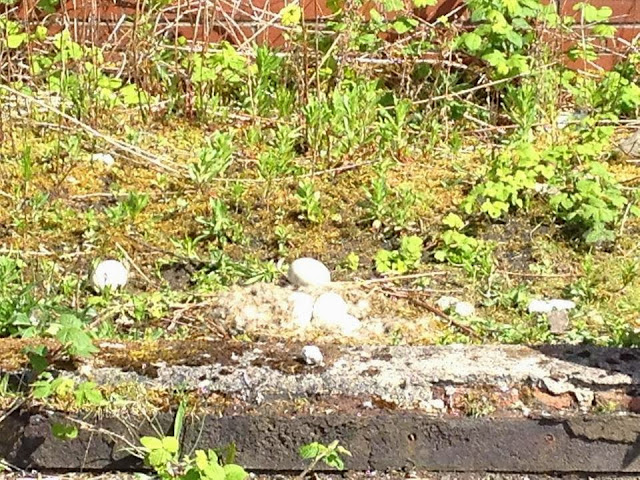 This area is known as Piccadilly Village and we moored here for the night. 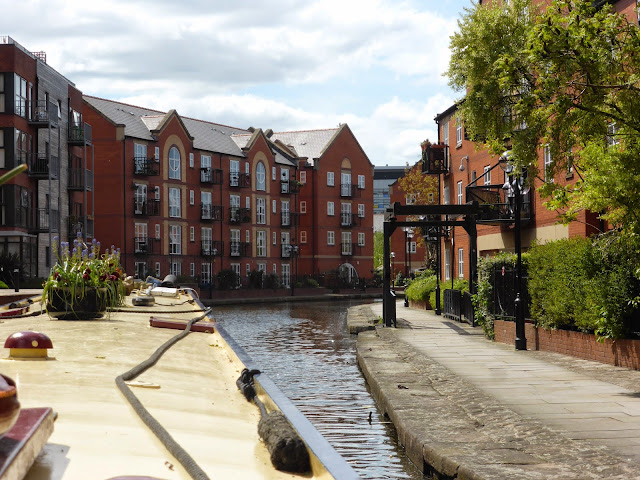 The new housing seems to blend well with the converted warehouses. 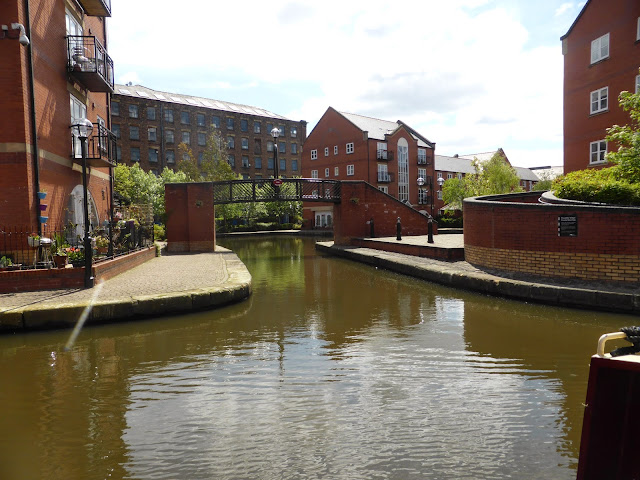 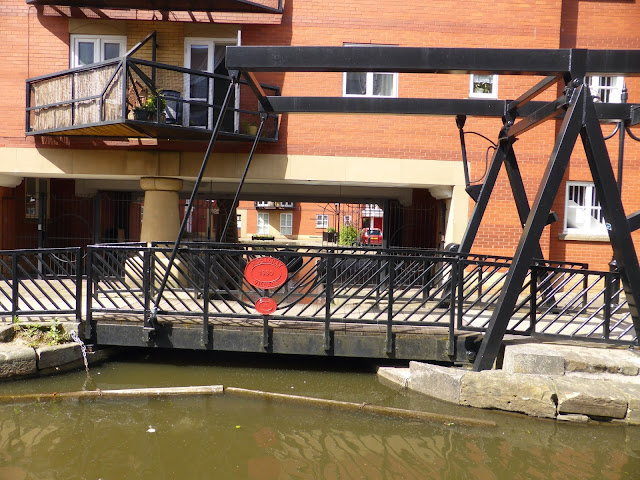 We went for a walk through Piccadilly Gardens to Castlefields where most boats are moored in Manchester to see if we could move down there tomorrow. 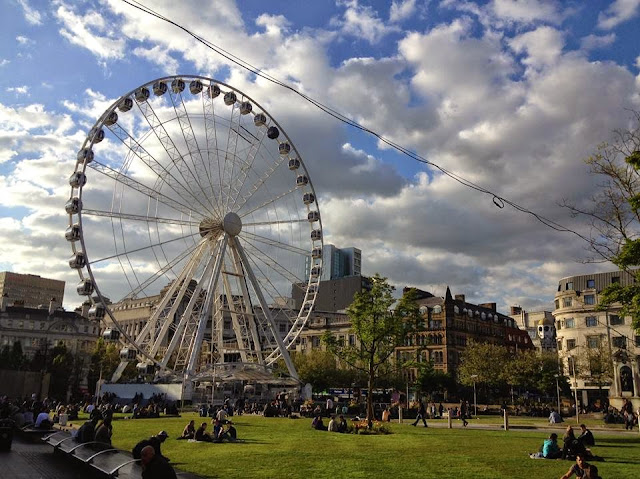 There are several arms and basins that can be used for mooring but there seemed to be little spare space. 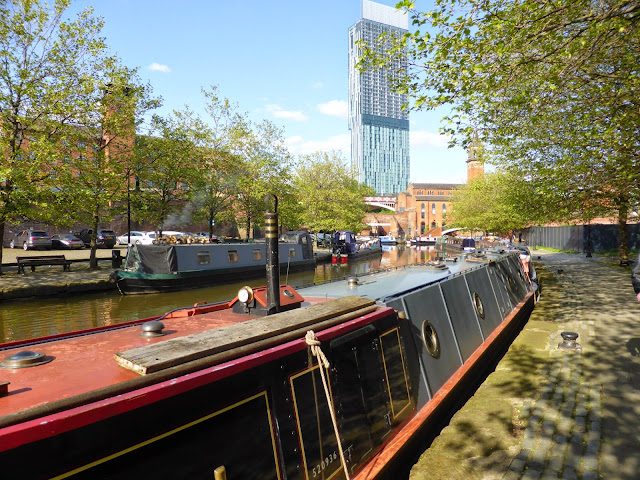 When we got back to the boat we received an email telling us that the Ashton canal was now closed as there was a problem with one of the locks.  We were lucky to have got through when we did!

Here are the 18 locks we went down today. 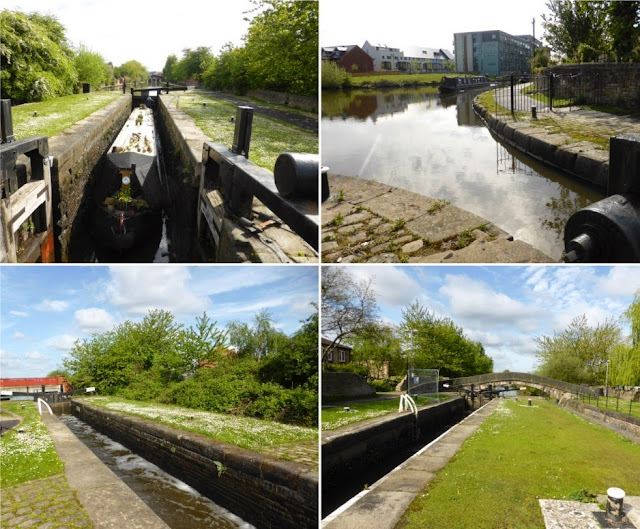 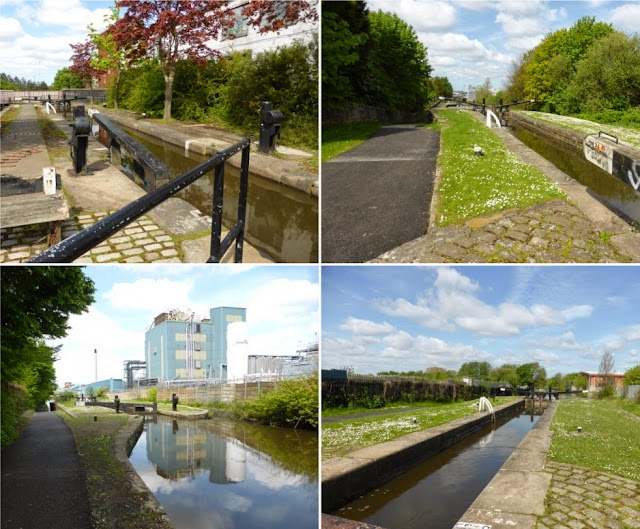 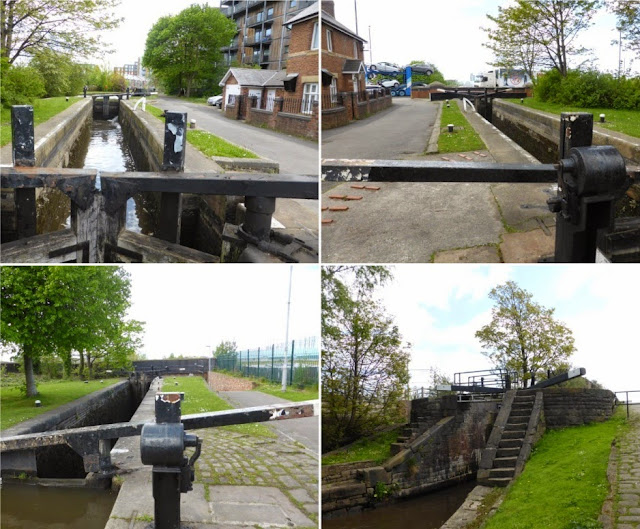 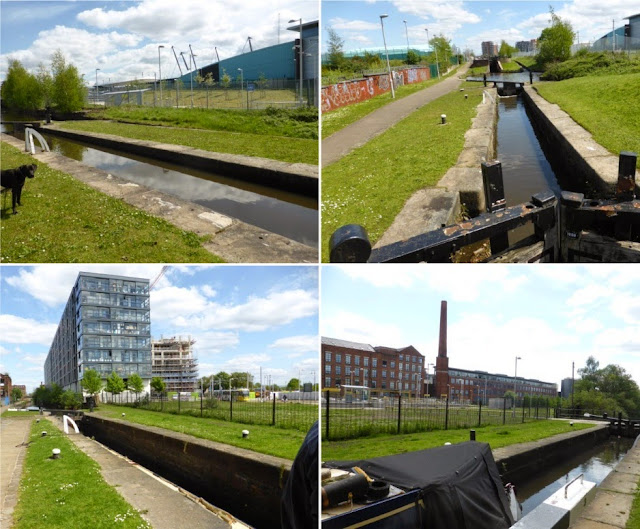 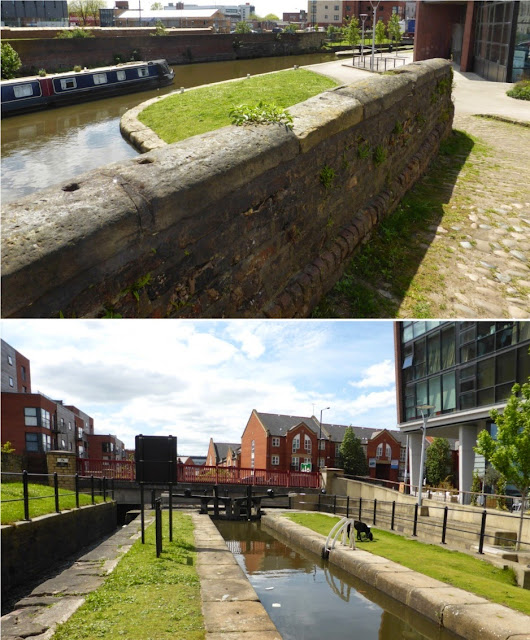