Rain was forecast later on Saturday so we set out to travel until the rain started in the afternoon.  Just as we set off we passed this colourful male Mandarin duck. 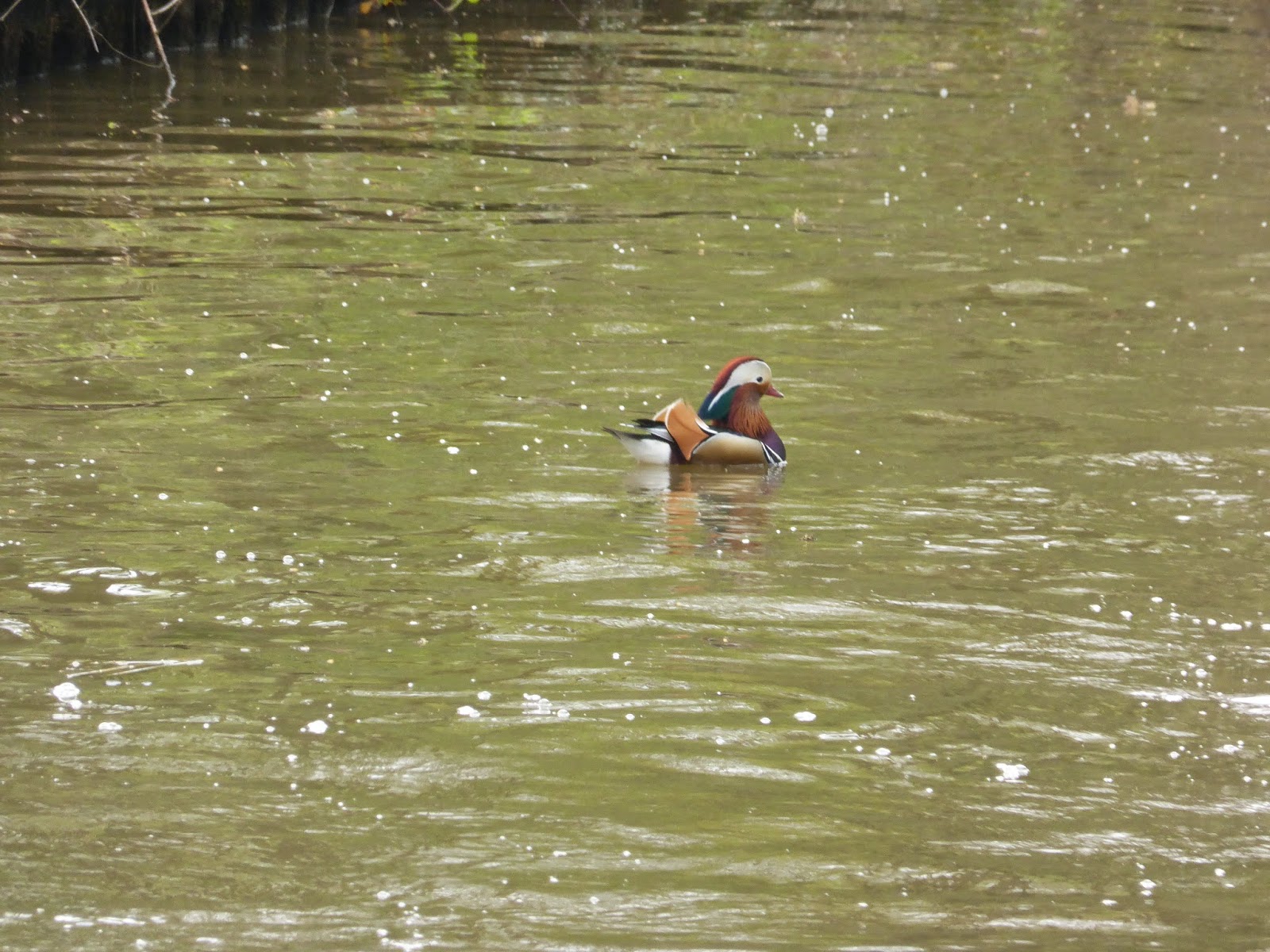 As we hit Marple we passed Goyt Mill which was originally a cotton spinning mill. 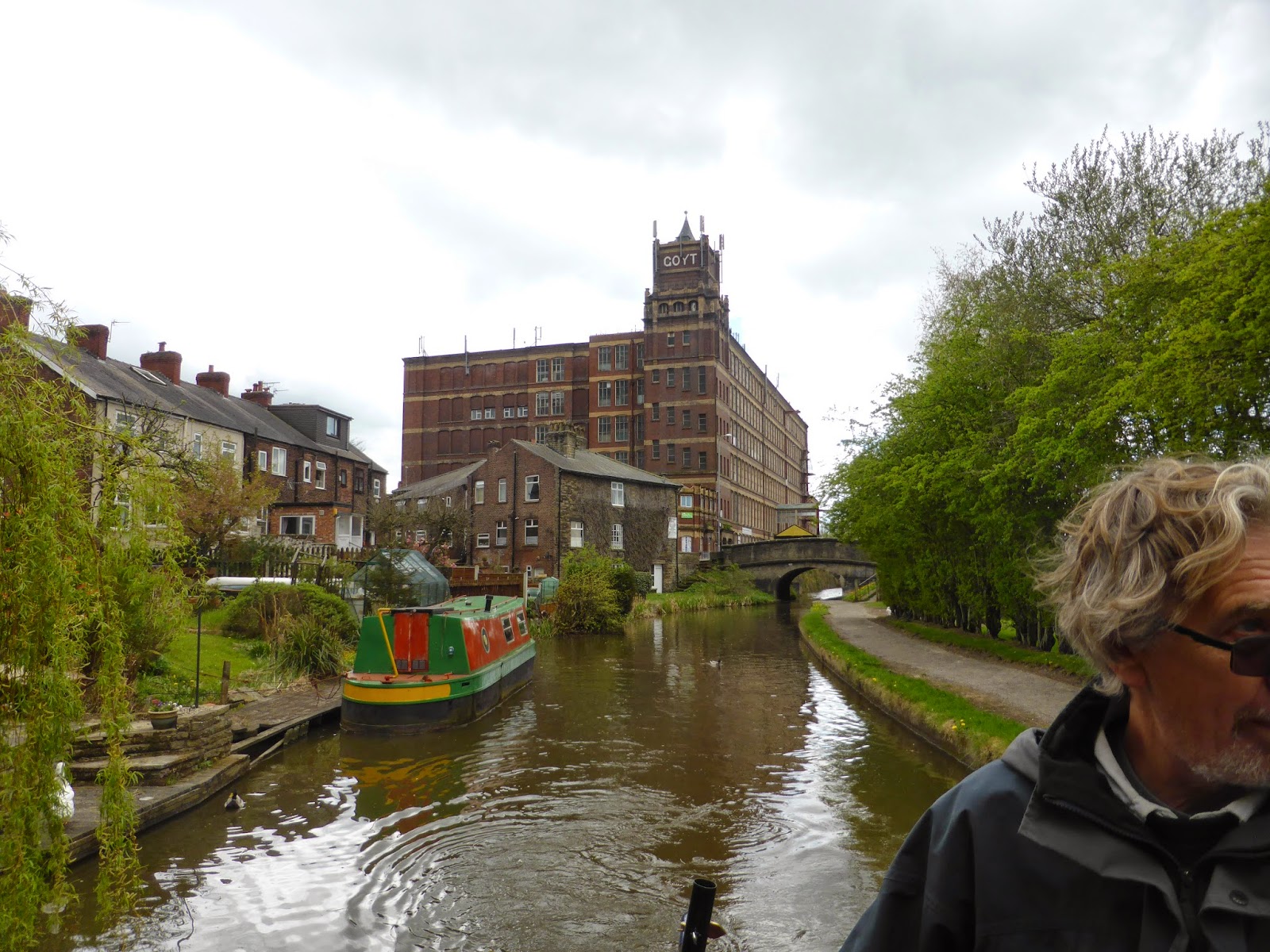 After filling up with water in the centre of Marple we reached the end of the Macclesfield canal and turned right onto the Peak Forest canal to travel to its end at Bugsworth basin.  Couldn't believe we were 14 miles from Manchester! 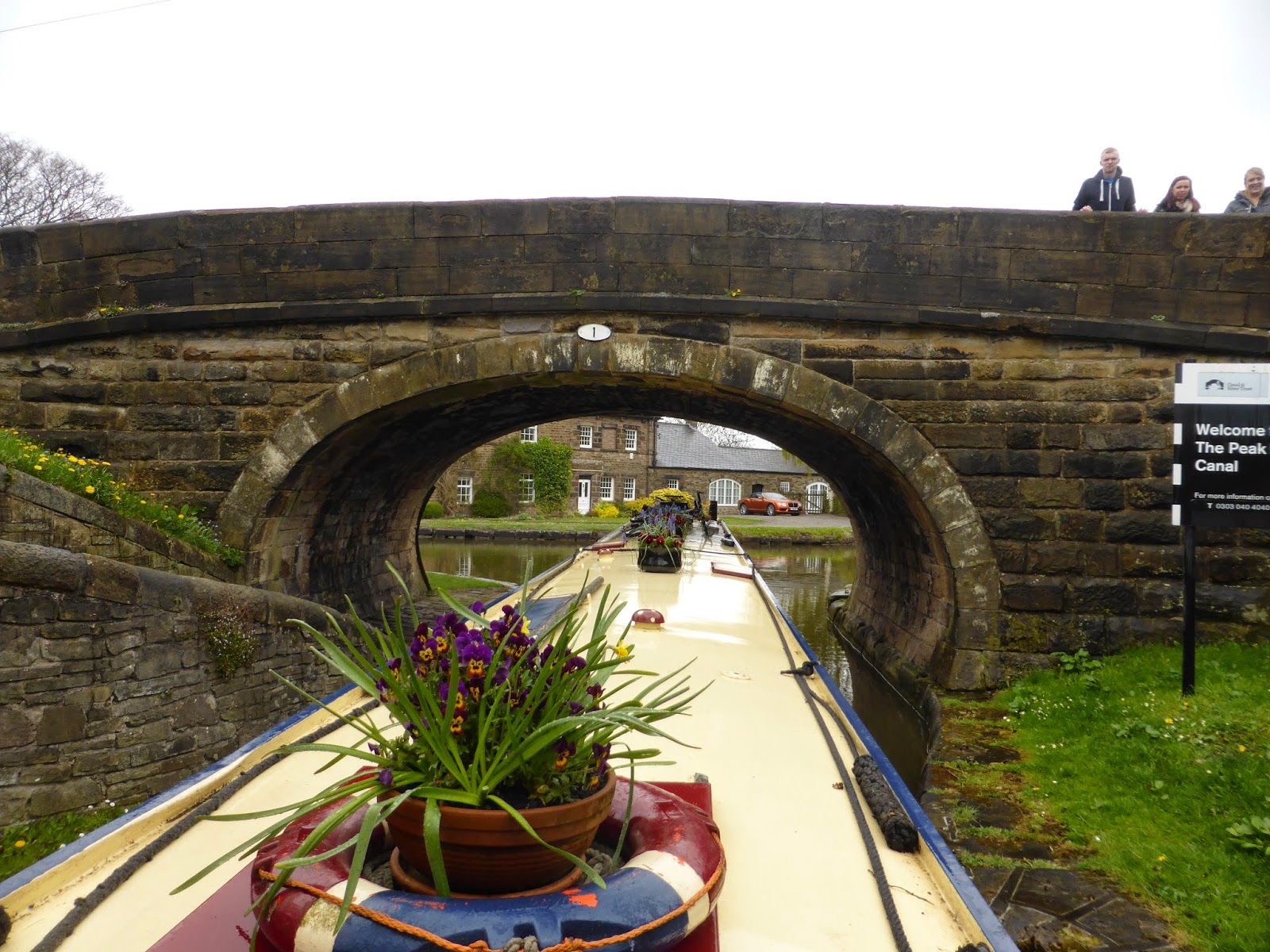 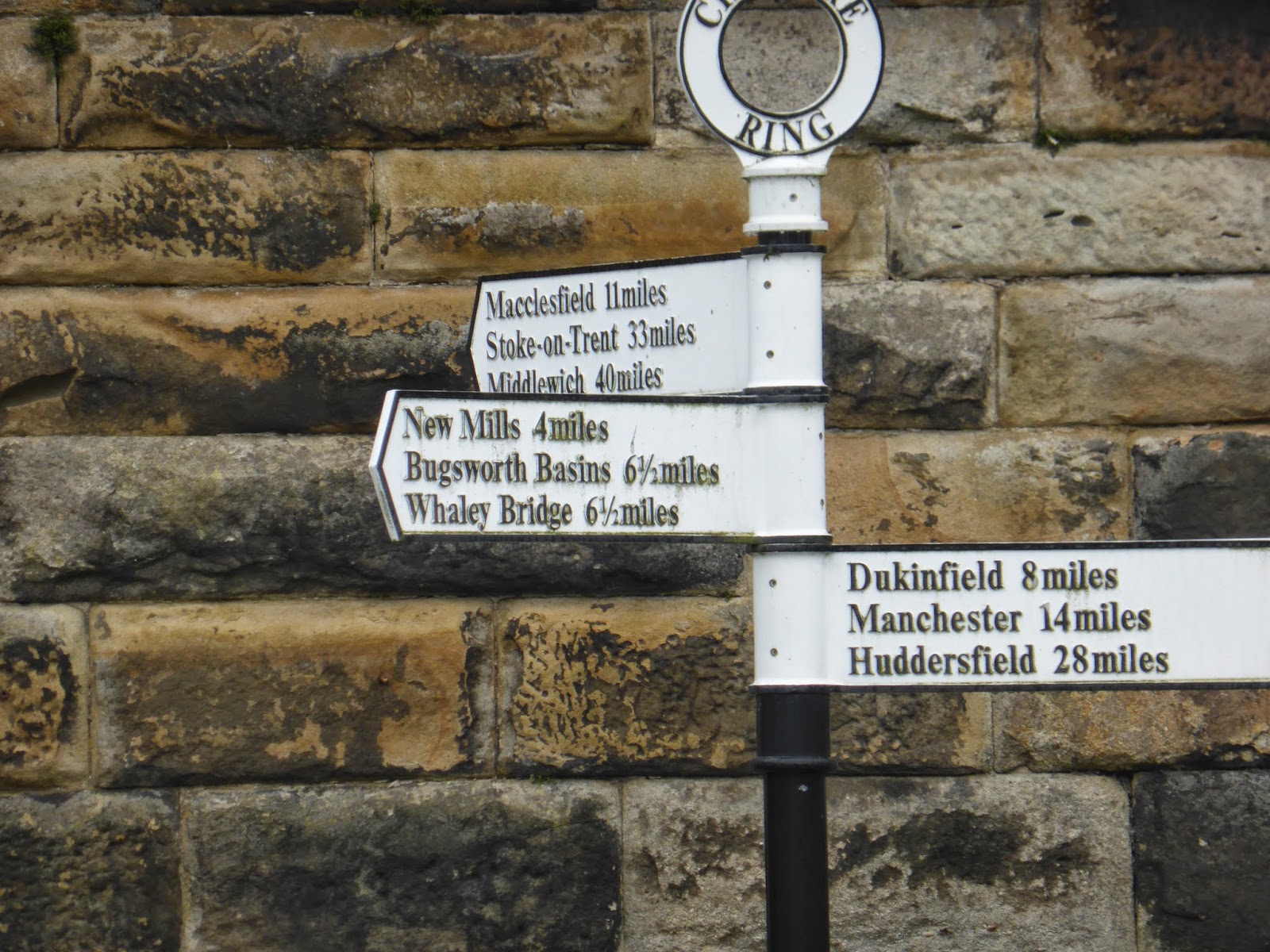 The Peak Forest canal has been closed for a couple of weeks as there was a breach at this point. 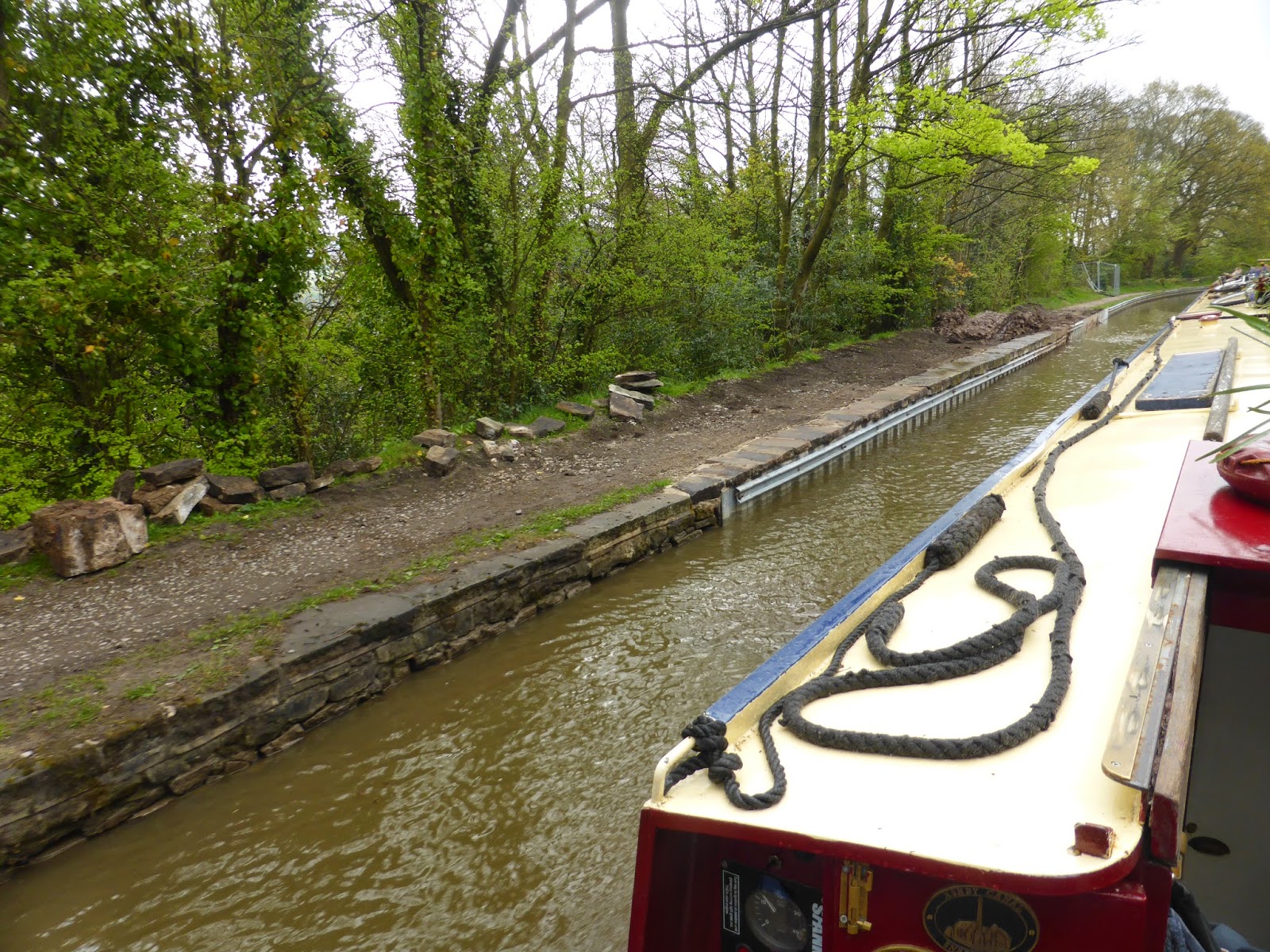 Here is some of the clay that was used to puddle the breach in the canal bottom. 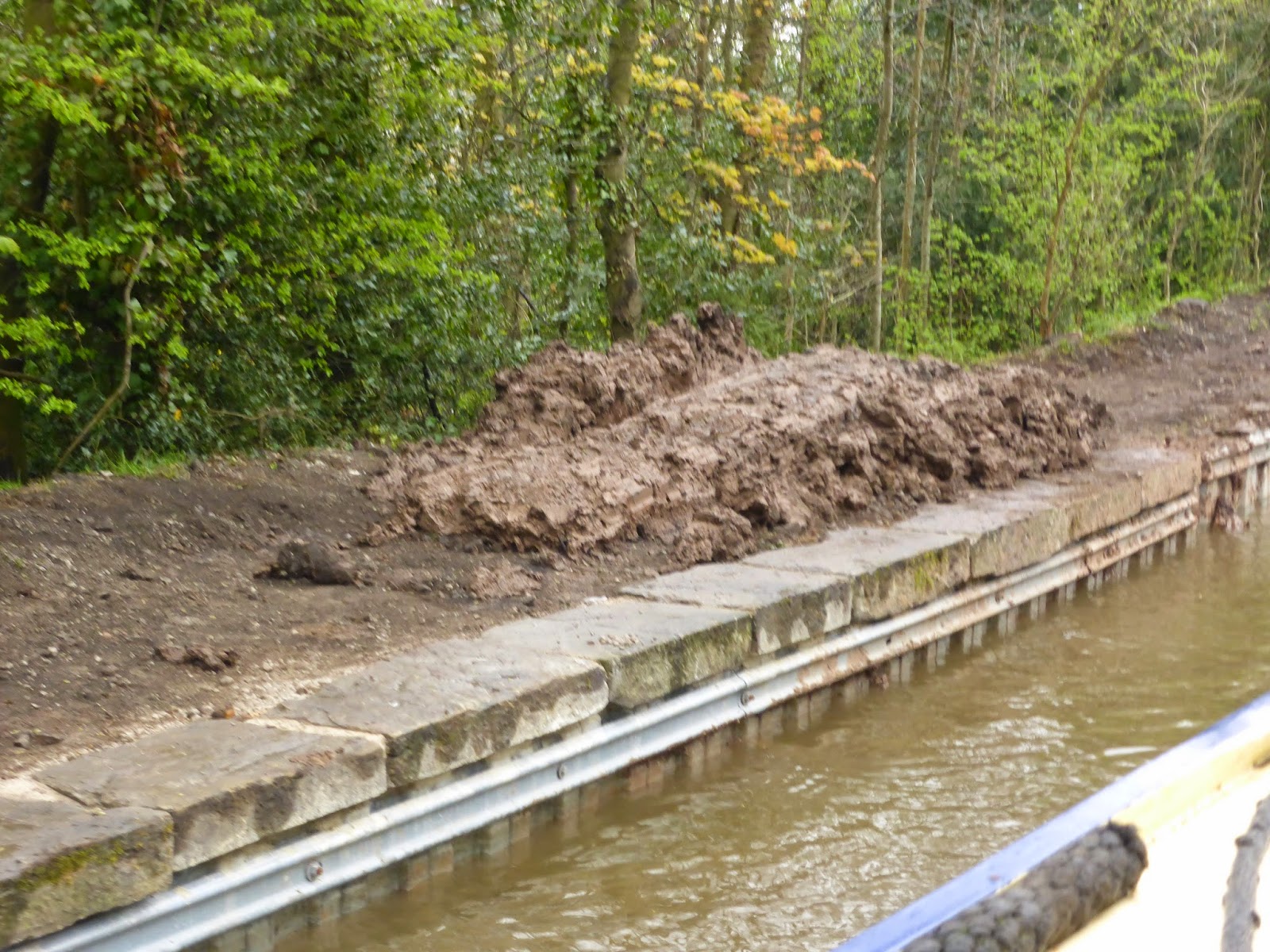 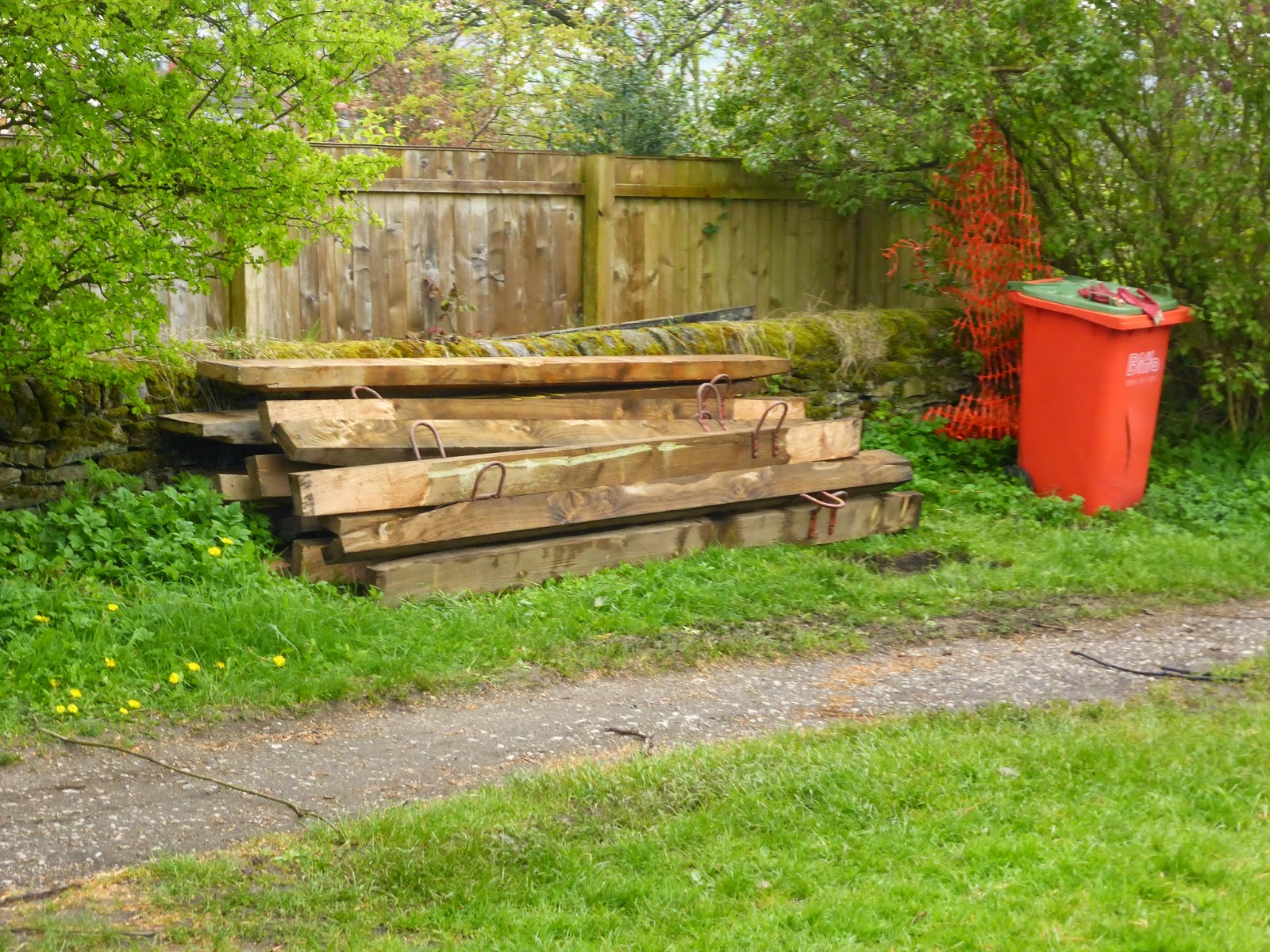 There were several lift bridges that Karen had to operate. 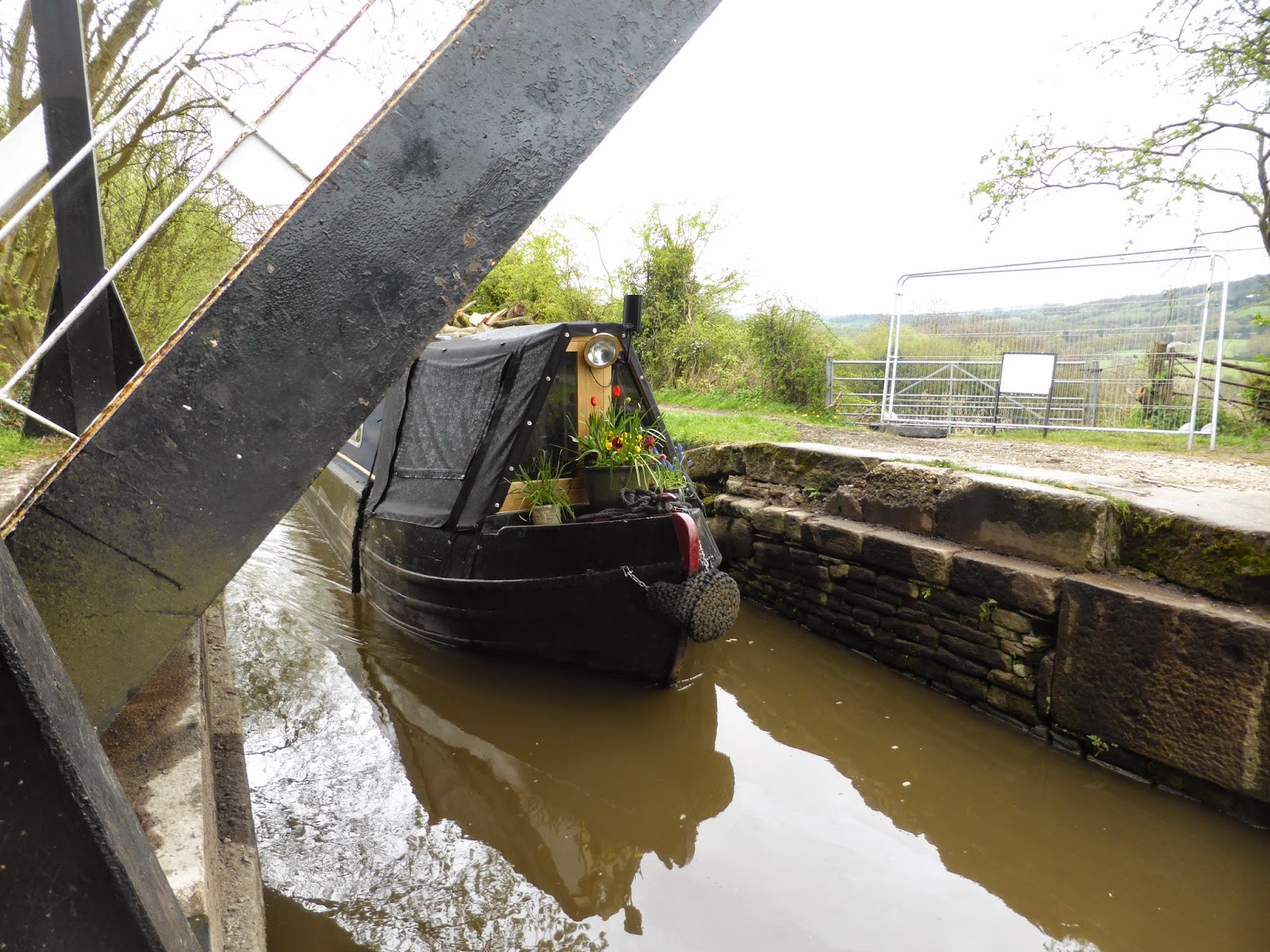 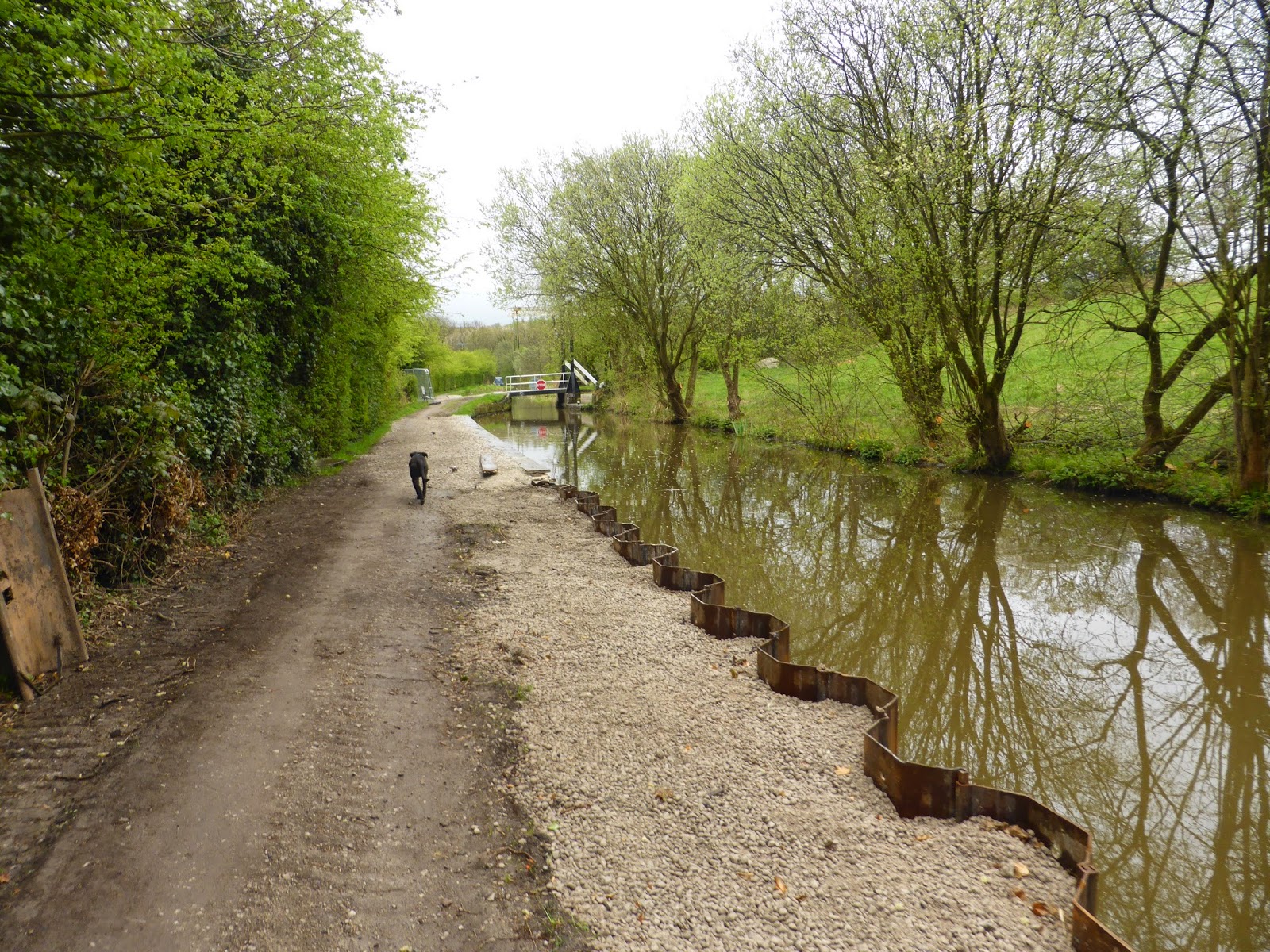 The bridge plaques on the Peak Forest canal are yellow on blue; all previous ones on other canals have been white on black or black on white. 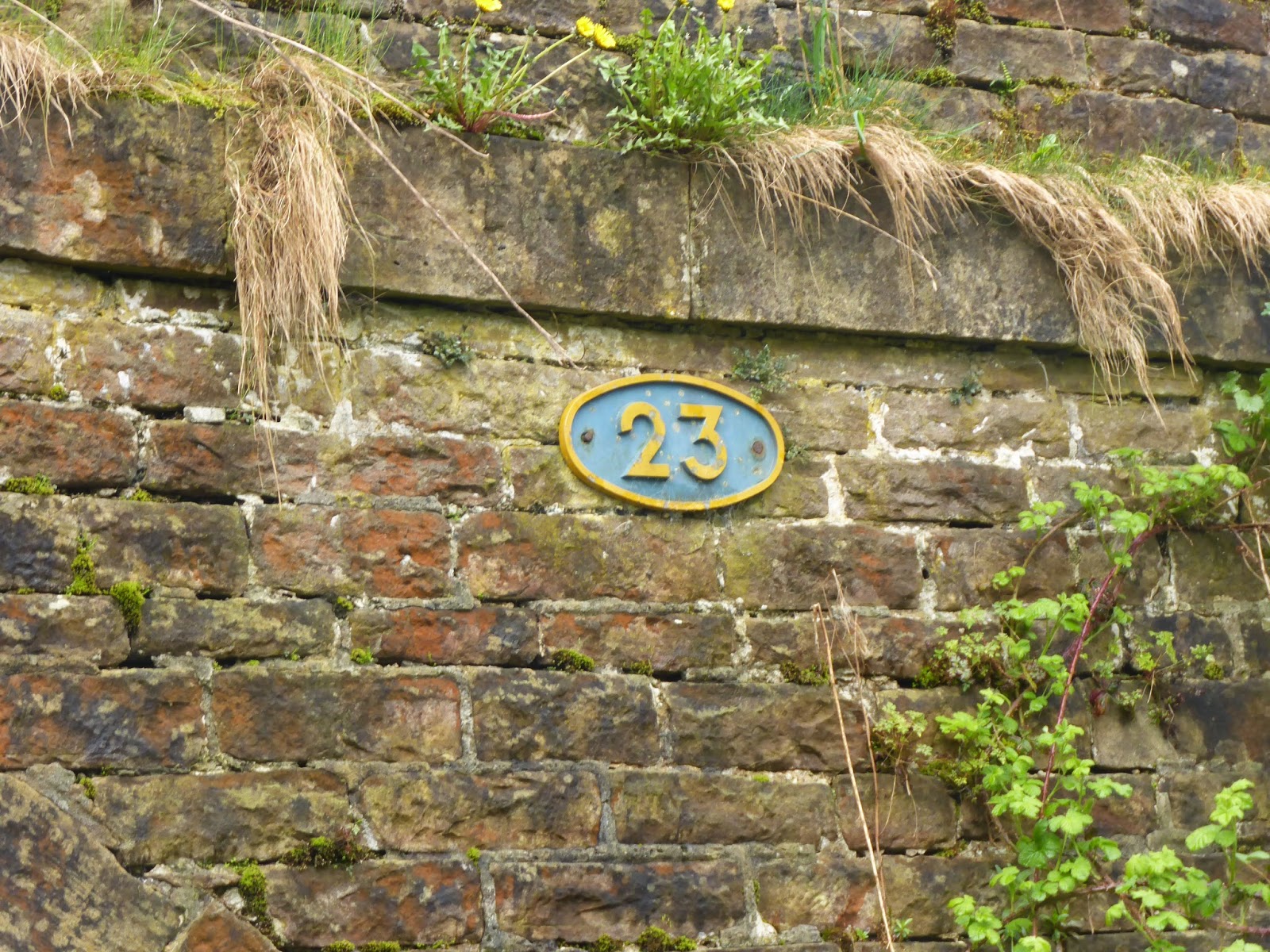 Progress is very slow as the canal is so narrow and twisty as you can see here – that is a heron flying over the bridge and Buddy on the towpath. 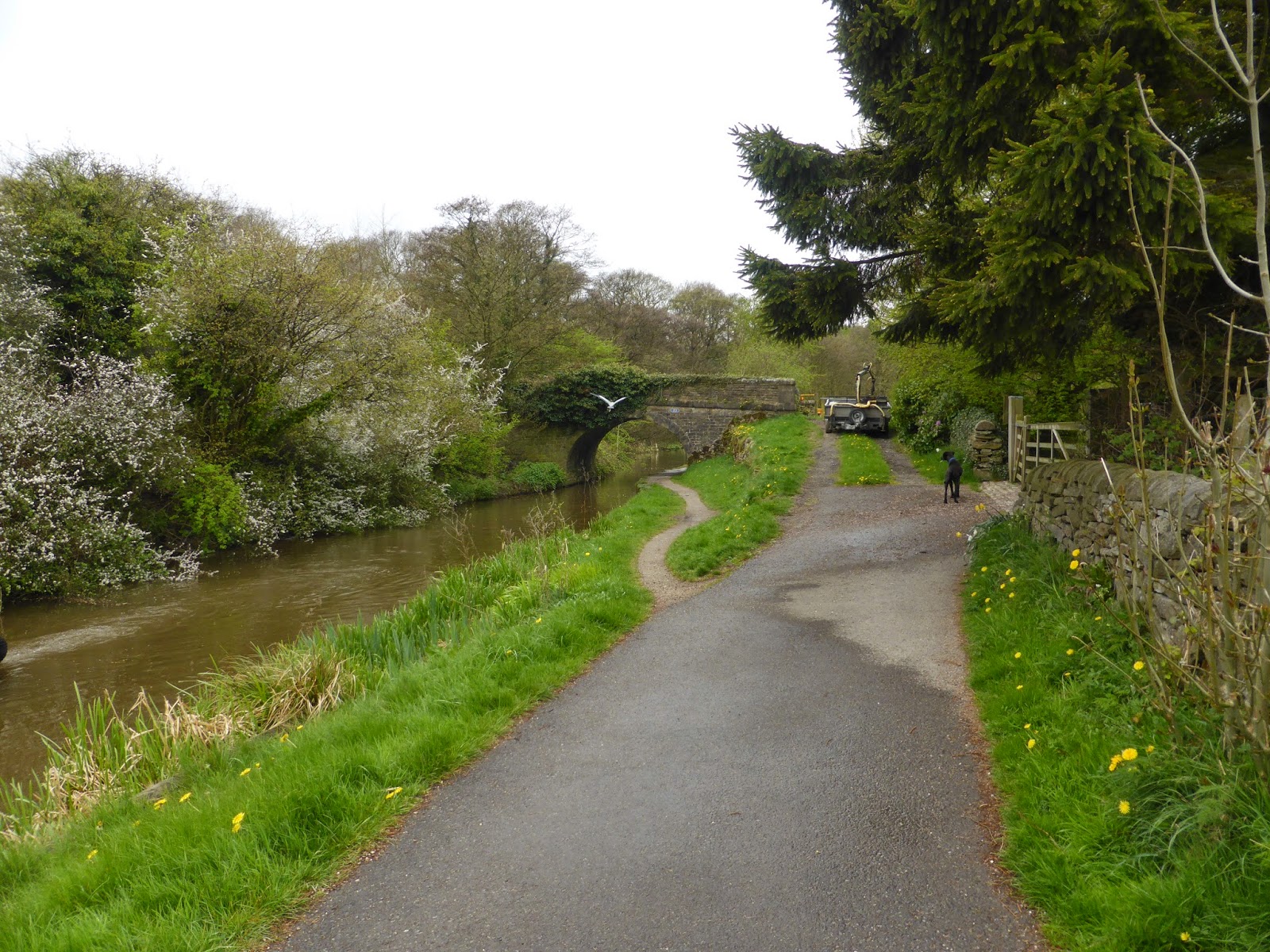 There are stone milestones like on the Macclesfield but most are illegible.  I love seeing dry stone walls. 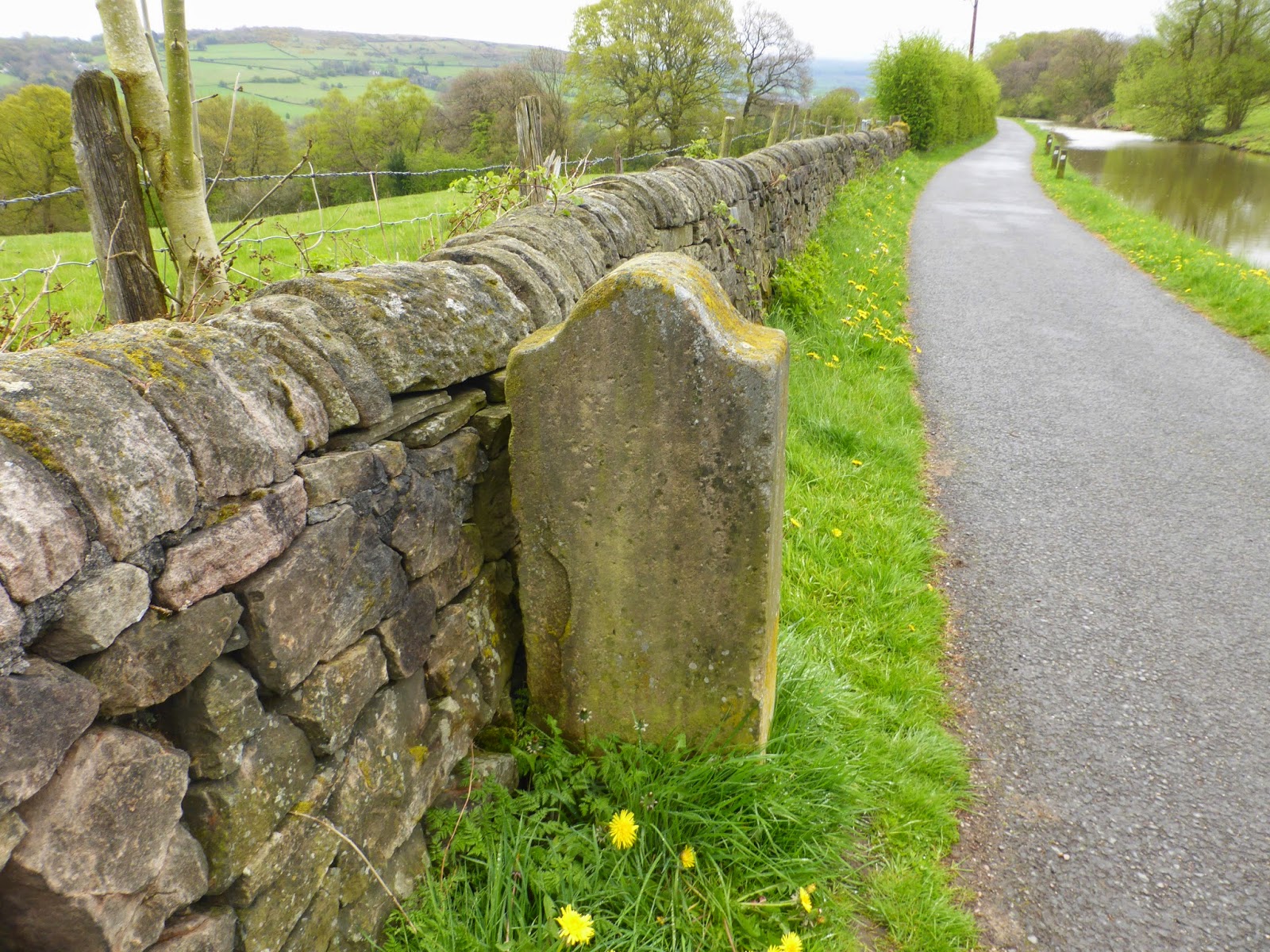 Buddy working out how to get across this bridge. 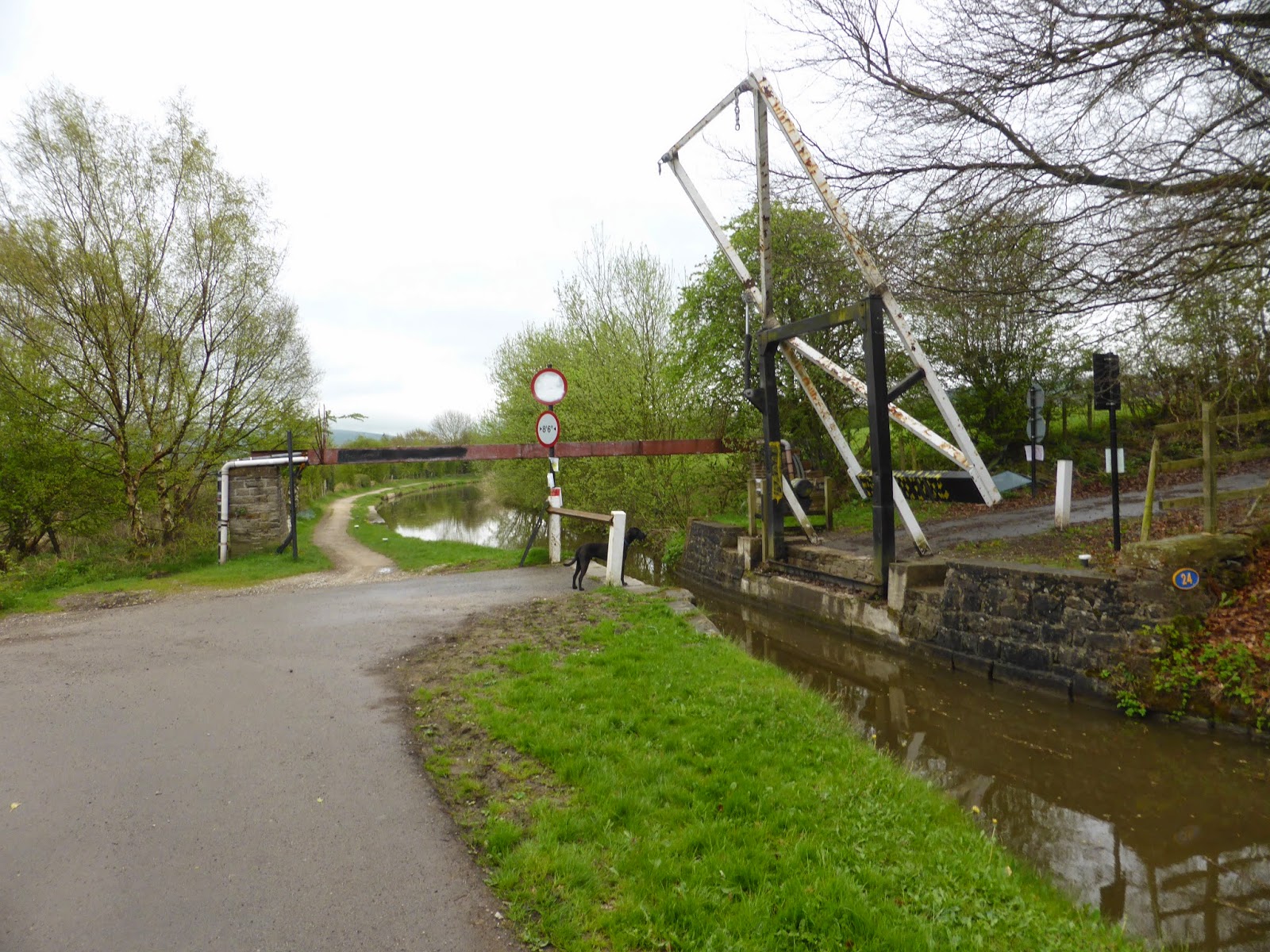 Down in the valley is Matlow’s factory where sweets like Parma Violets, Lovehearts and Swizzles are made.  Locals told us that if the wind is in the right direction the smell is incredibly sweet. 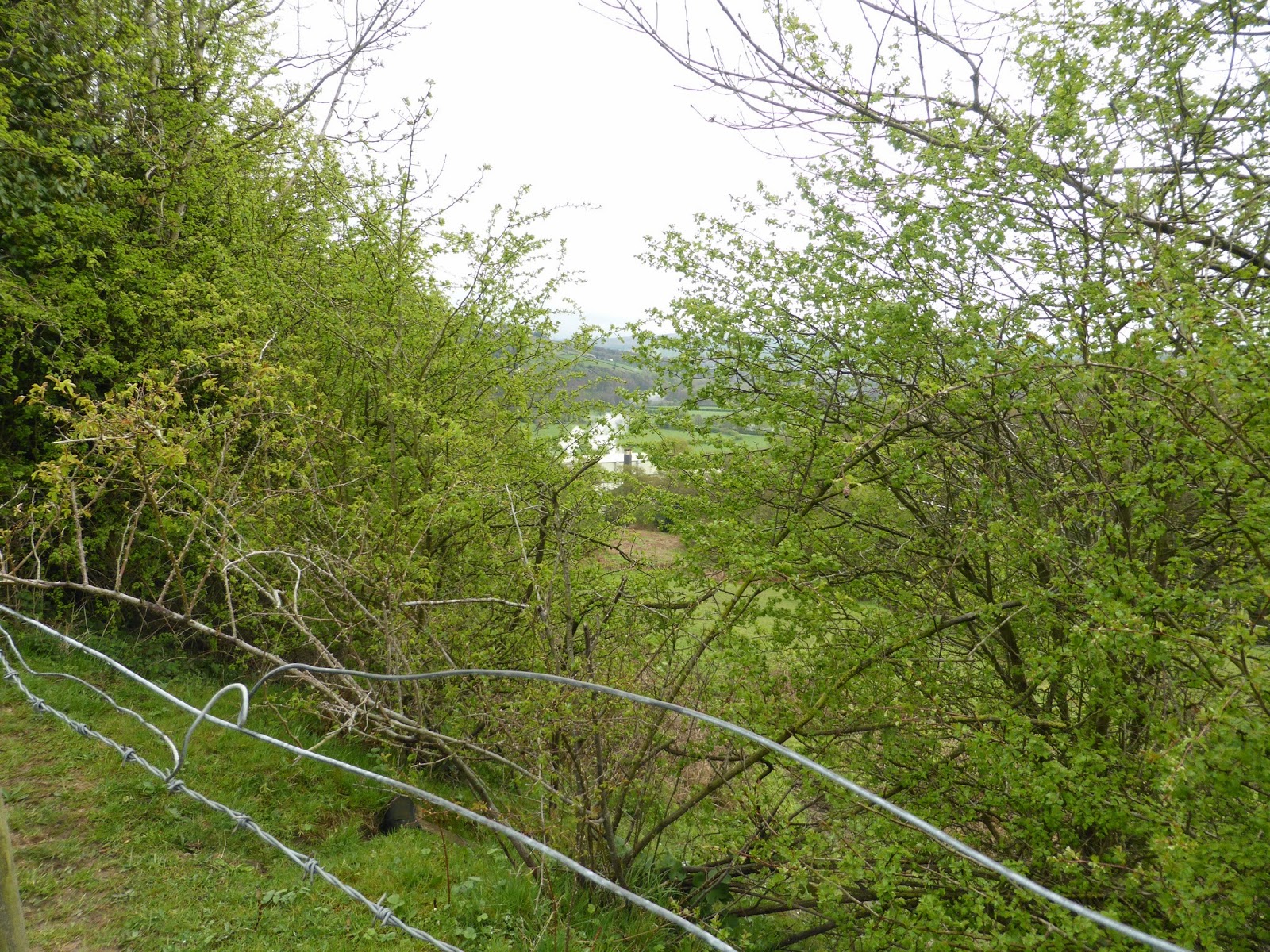 We moored for the night with a view of the foothills of the Peak District. 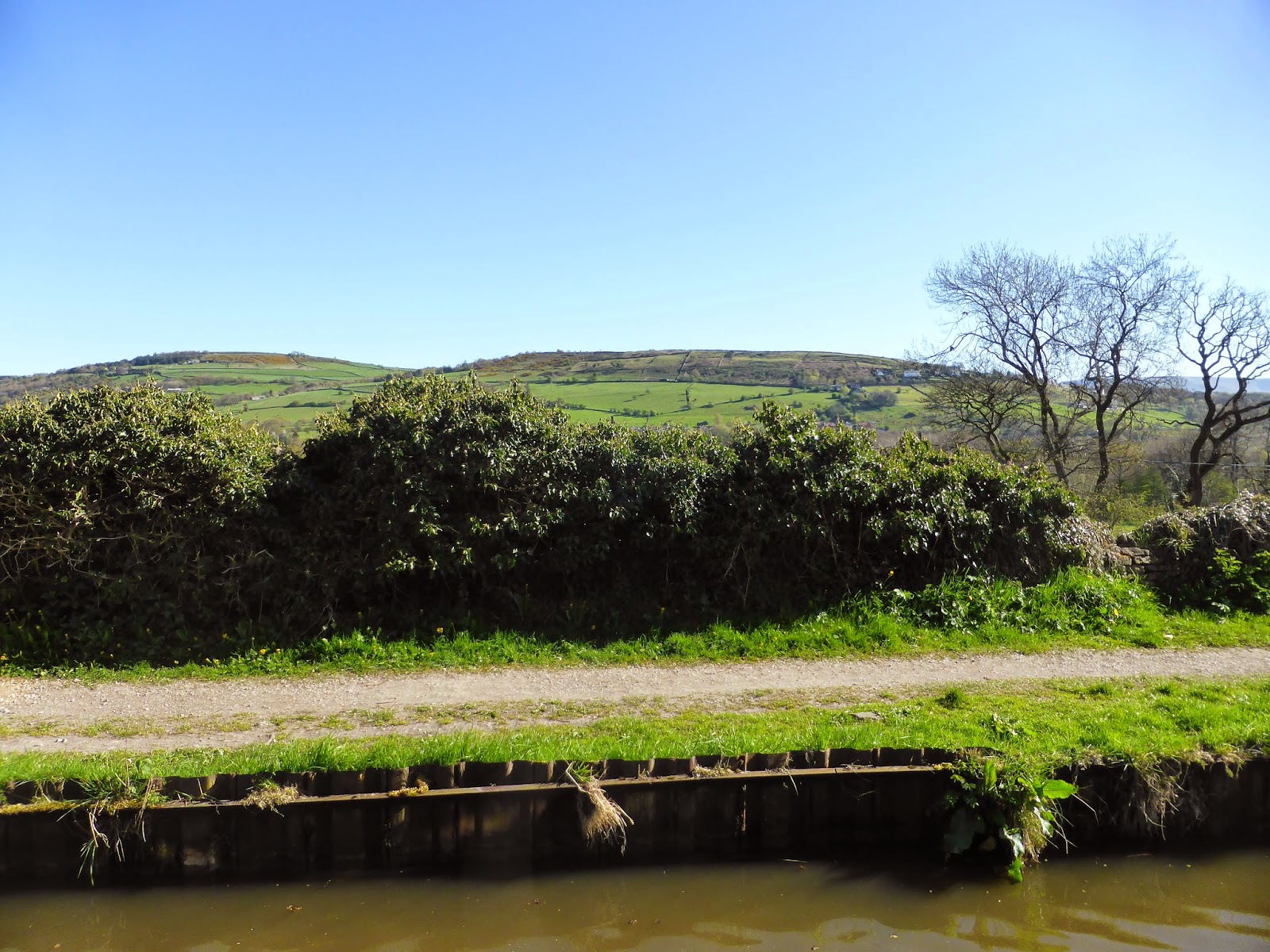 We were catching up with our friends Gemma and Cerys and their young son, Tristan, for a walk and lunch on Sunday so set out early to get to Bugsworth basin in time to meet them.  Unlike the London marathon we had clear blue skies all day but with a chill wind. 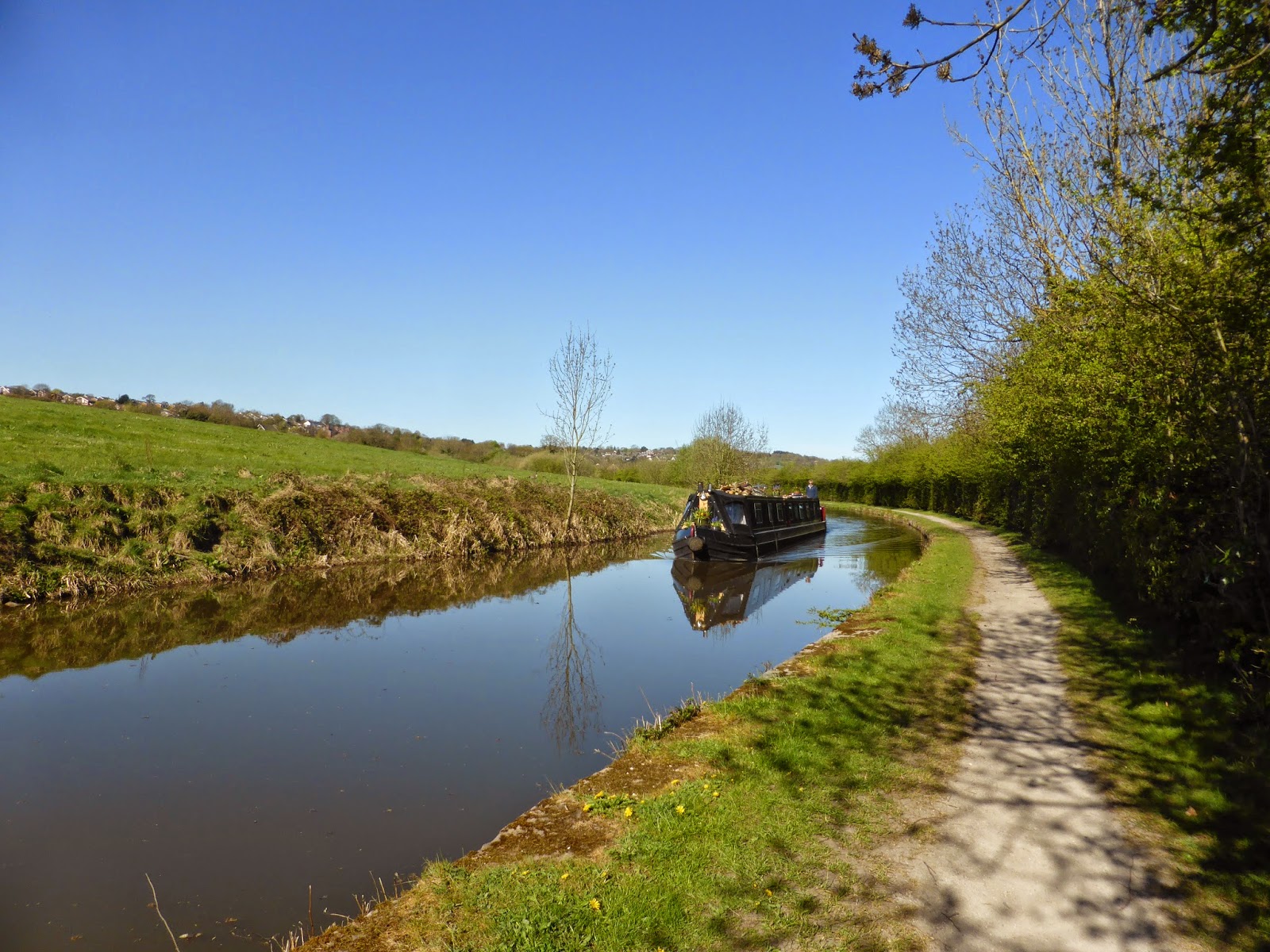 The canal continued to be narrow and we made slow progress but it feels so peaceful to be travelling at 2mph. 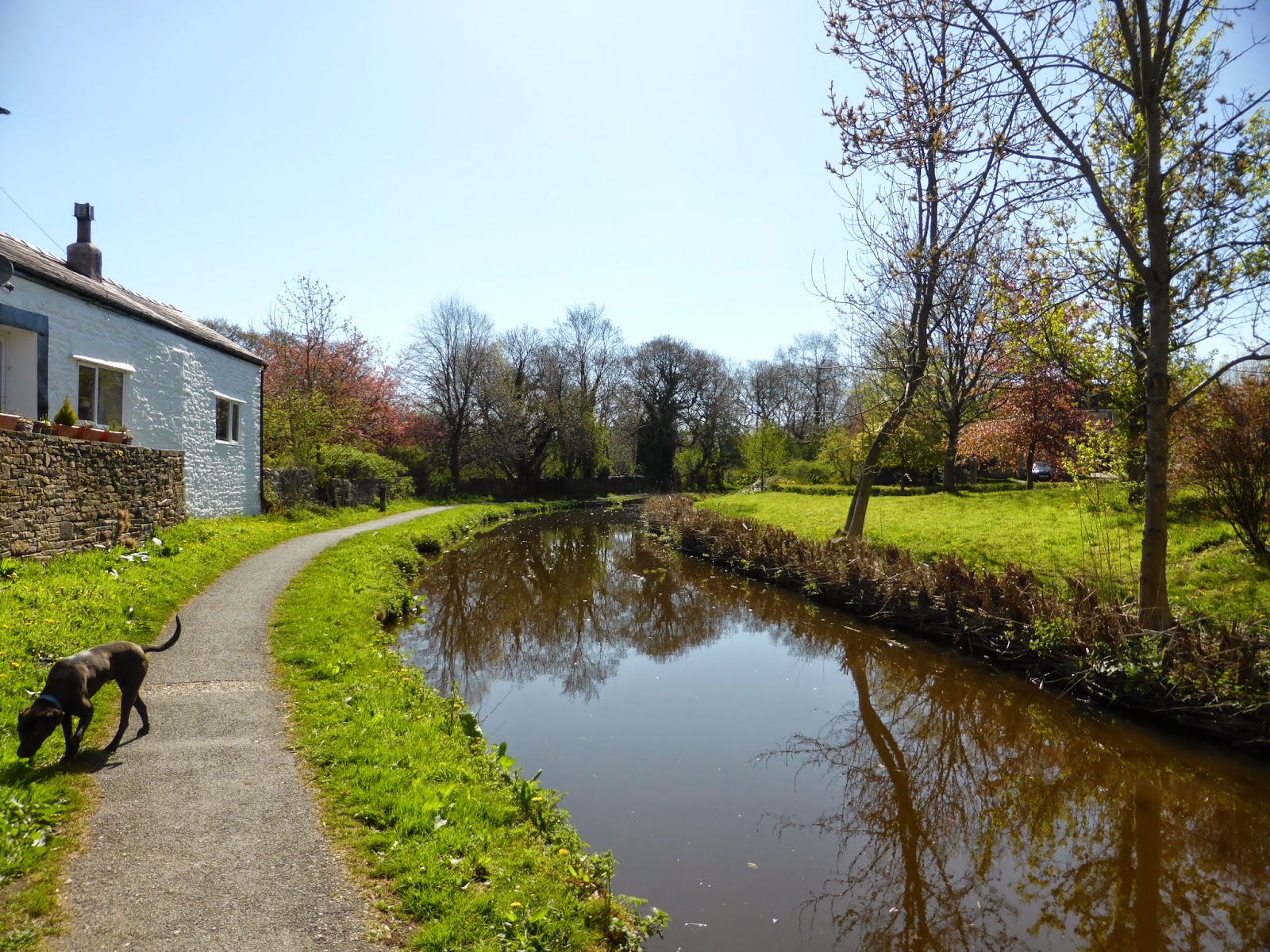 Half a mile before Bugsworth the canal splits and an arm goes off to the right to Whaley Bridge. 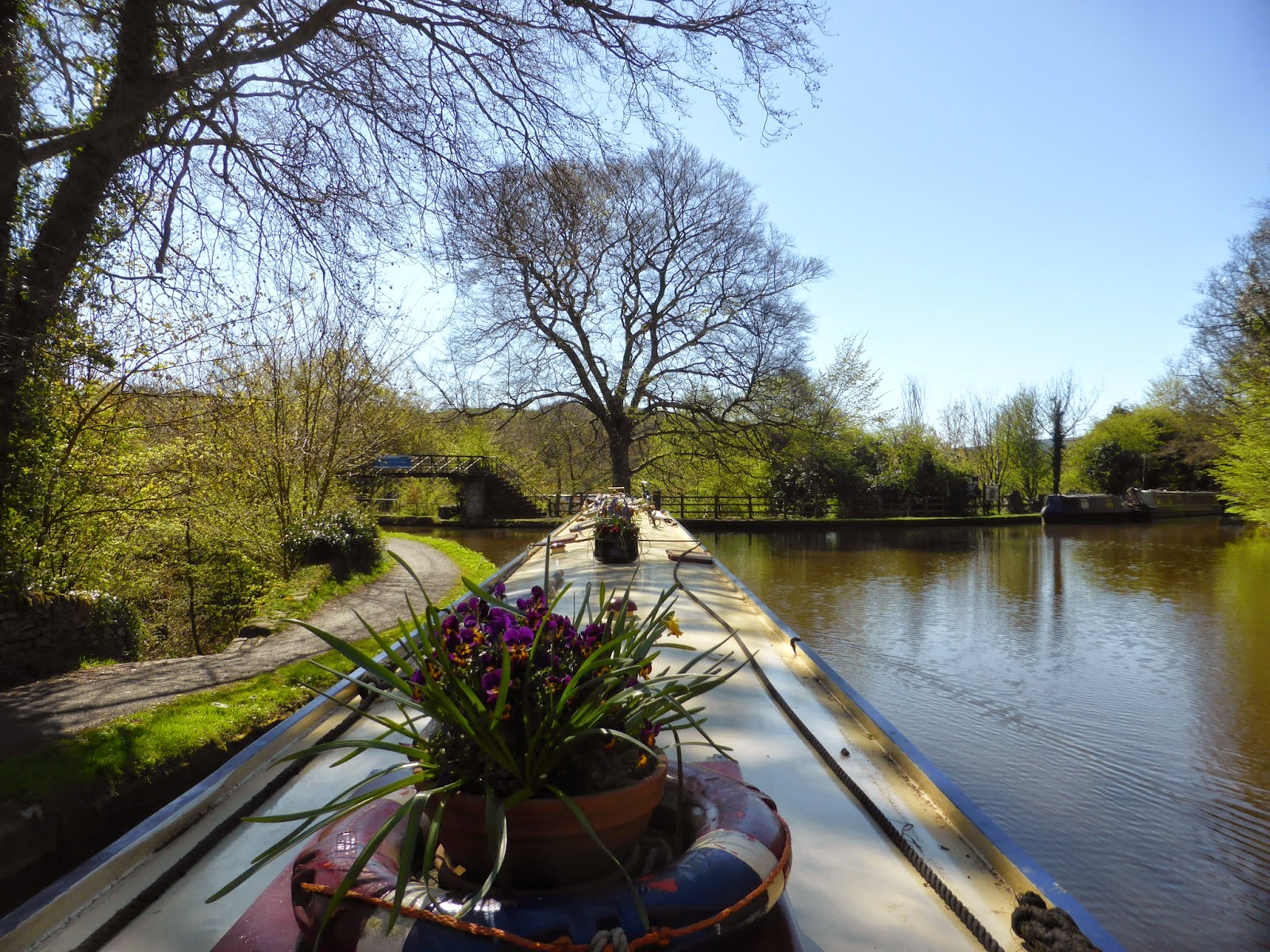 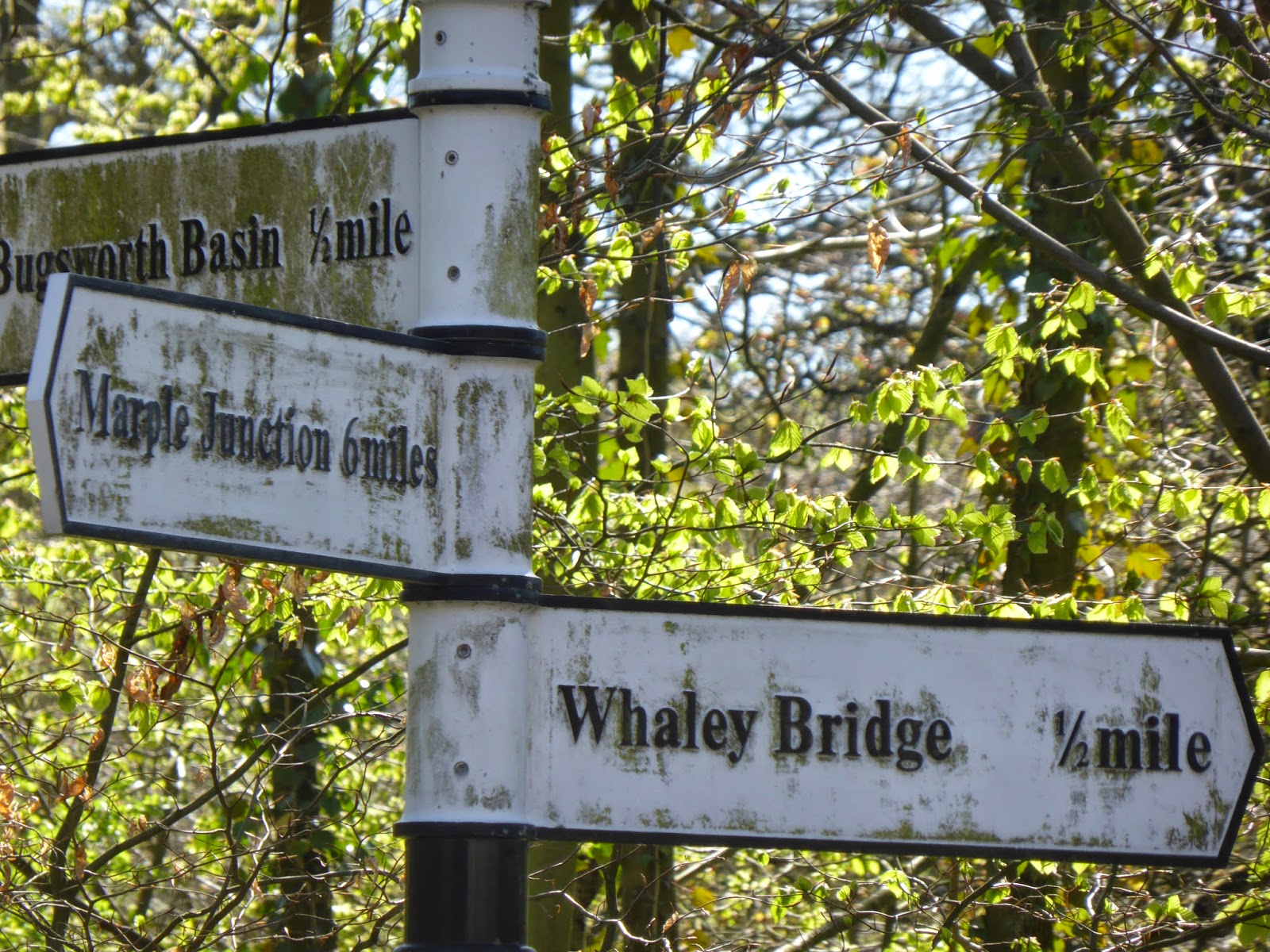 We met our friends at Bugsworth and walked along an old tramway to their village.  There were several tramways leading down from places like Buxton.  Wagons full of millstone grit and limestone used to run down to Bugsworth basin on these tramlines unaided where they were unloaded onto waiting boats.  Horses used to pull the wagons back to the mines and quarries. 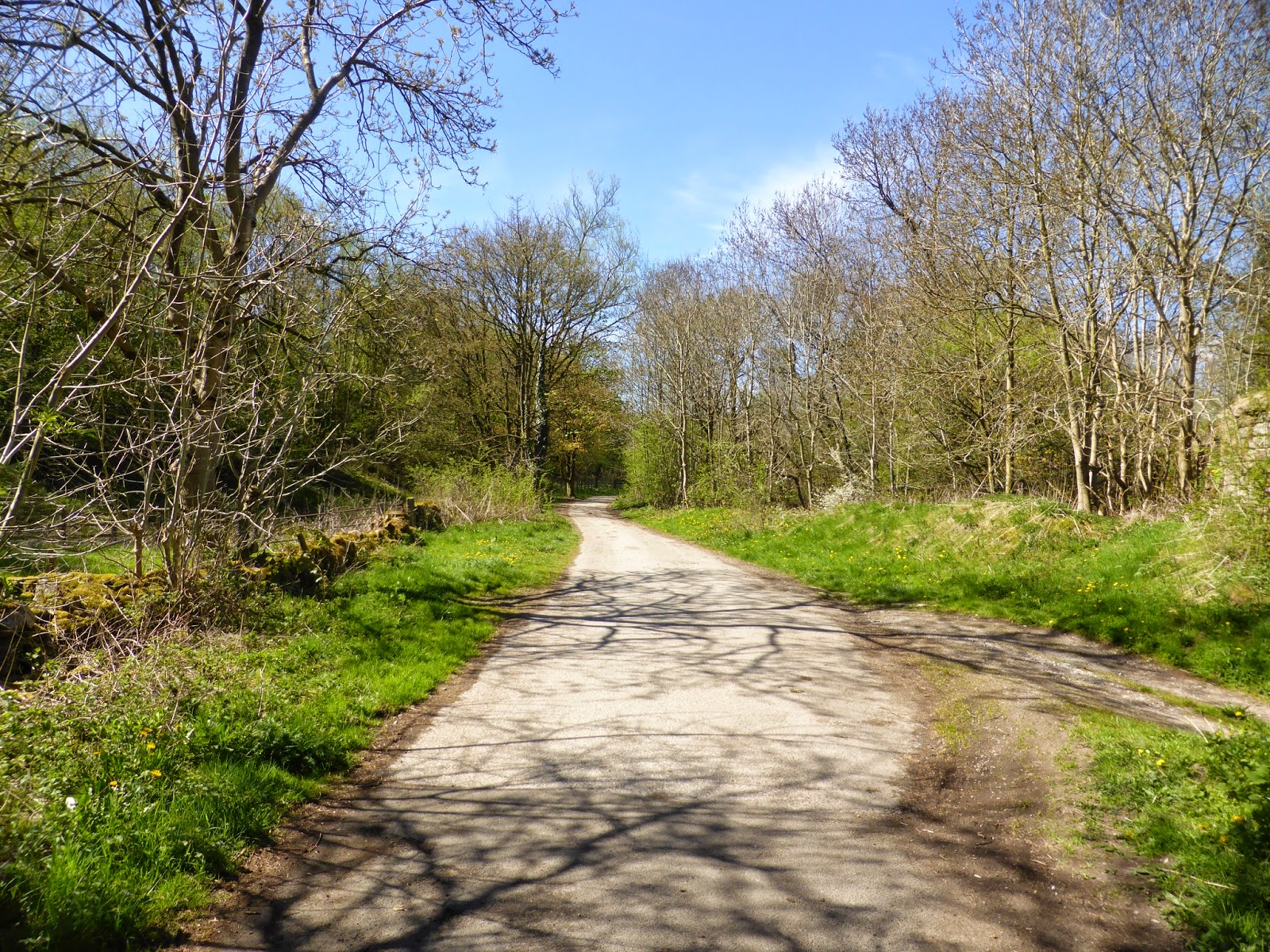 Folklore has it that the local village used to be called Bugsworth but was changed as it was unsavoury. 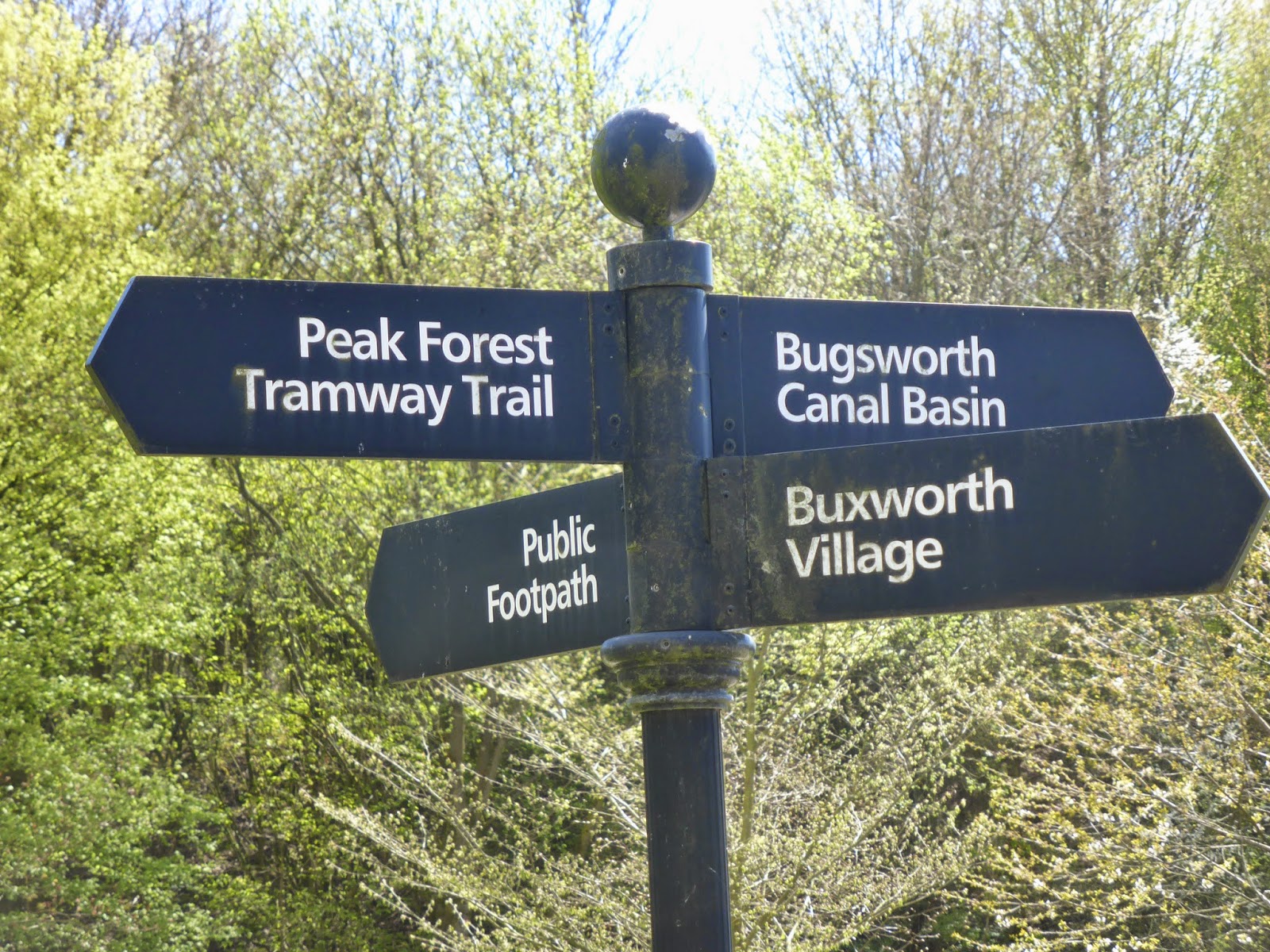 On reflection we had a lovely weekend.  We seem to have been on the move every day for a while so think we may well stay in the basin for a couple of days and do some fell walking etc.

The basin splits into several areas; this is a view coming into the basin and you can see us moored on the right hand arm. 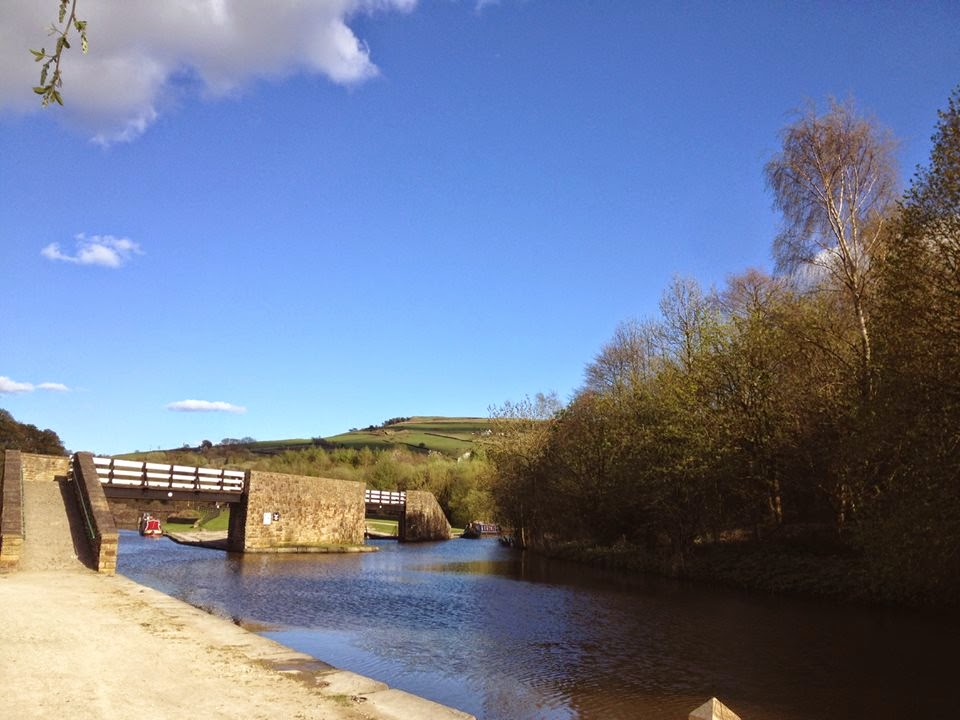 This is looking back down our arm with us in the far distance - I imagine it must be packed with boats in the summer. 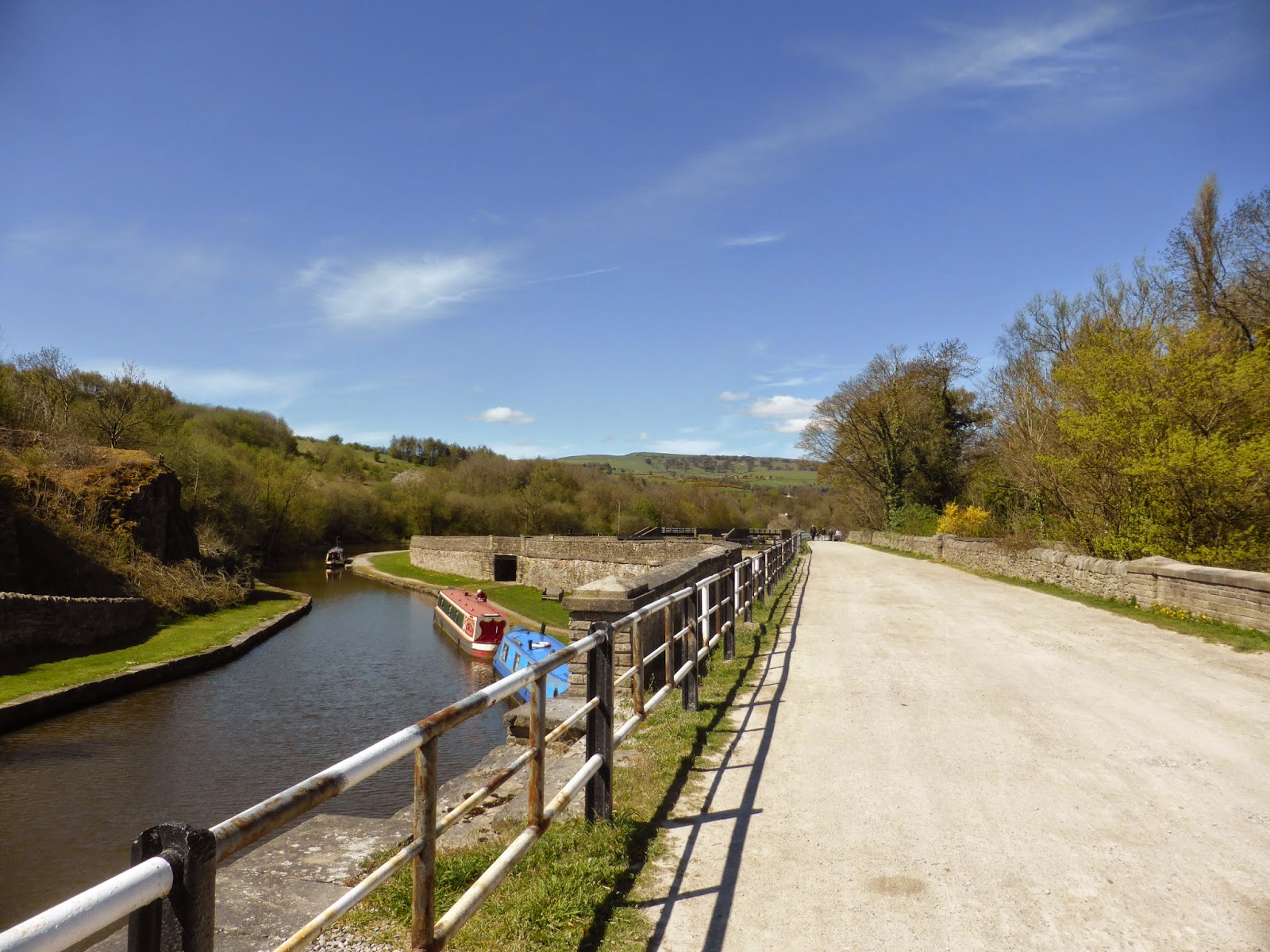 This is the end of the middle basin. 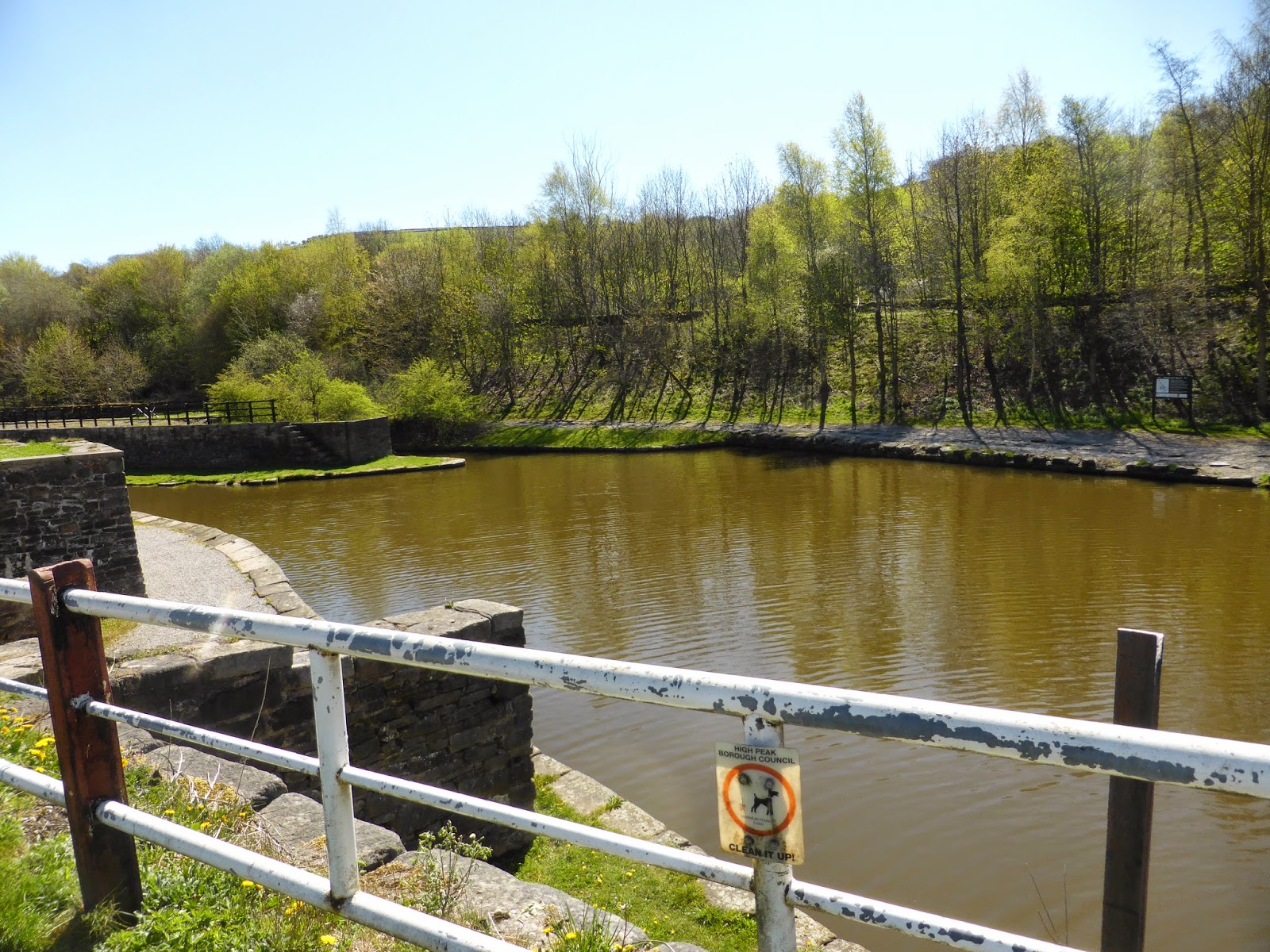 And here we are in the setting sun. 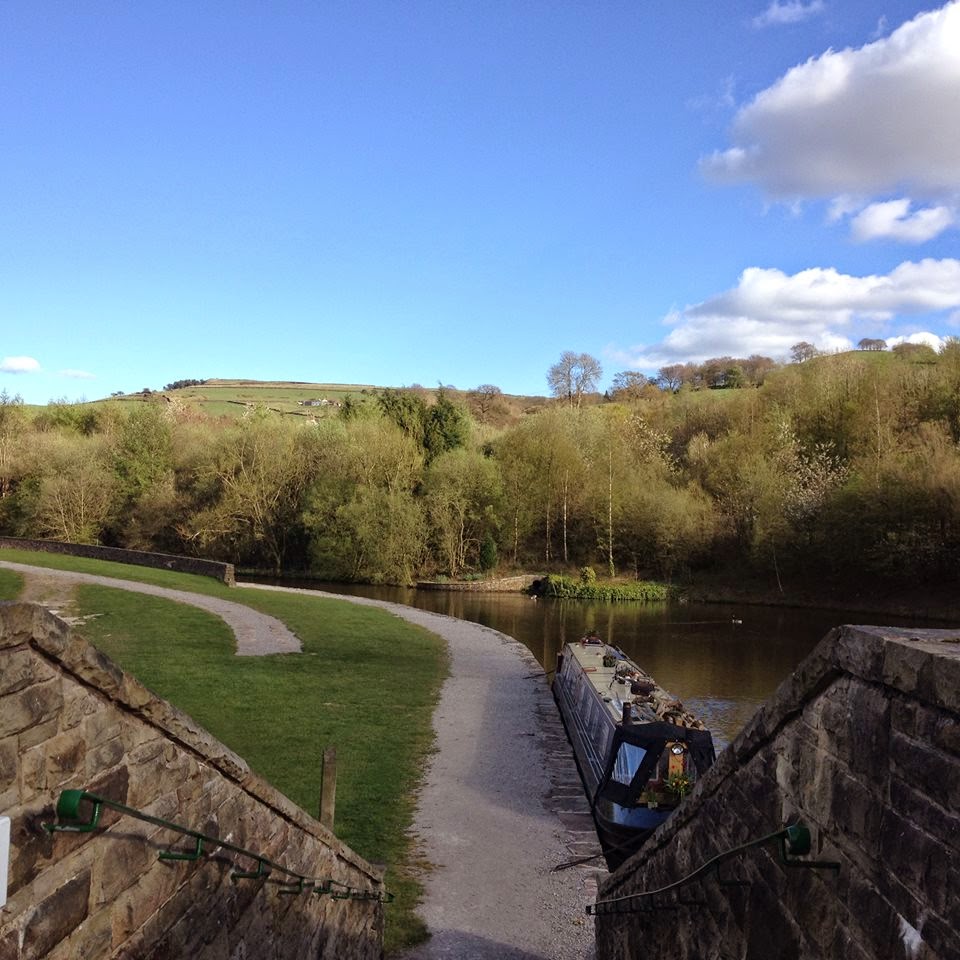