On Saturday morning we did some sightseeing and had a walk around Audlem.  The building in front of the church was the butter market and was built in 1722.  I hadn’t realised that Cheshire is well known for being a county of dairy herds but there are certainly many cattle and associated smells up here. 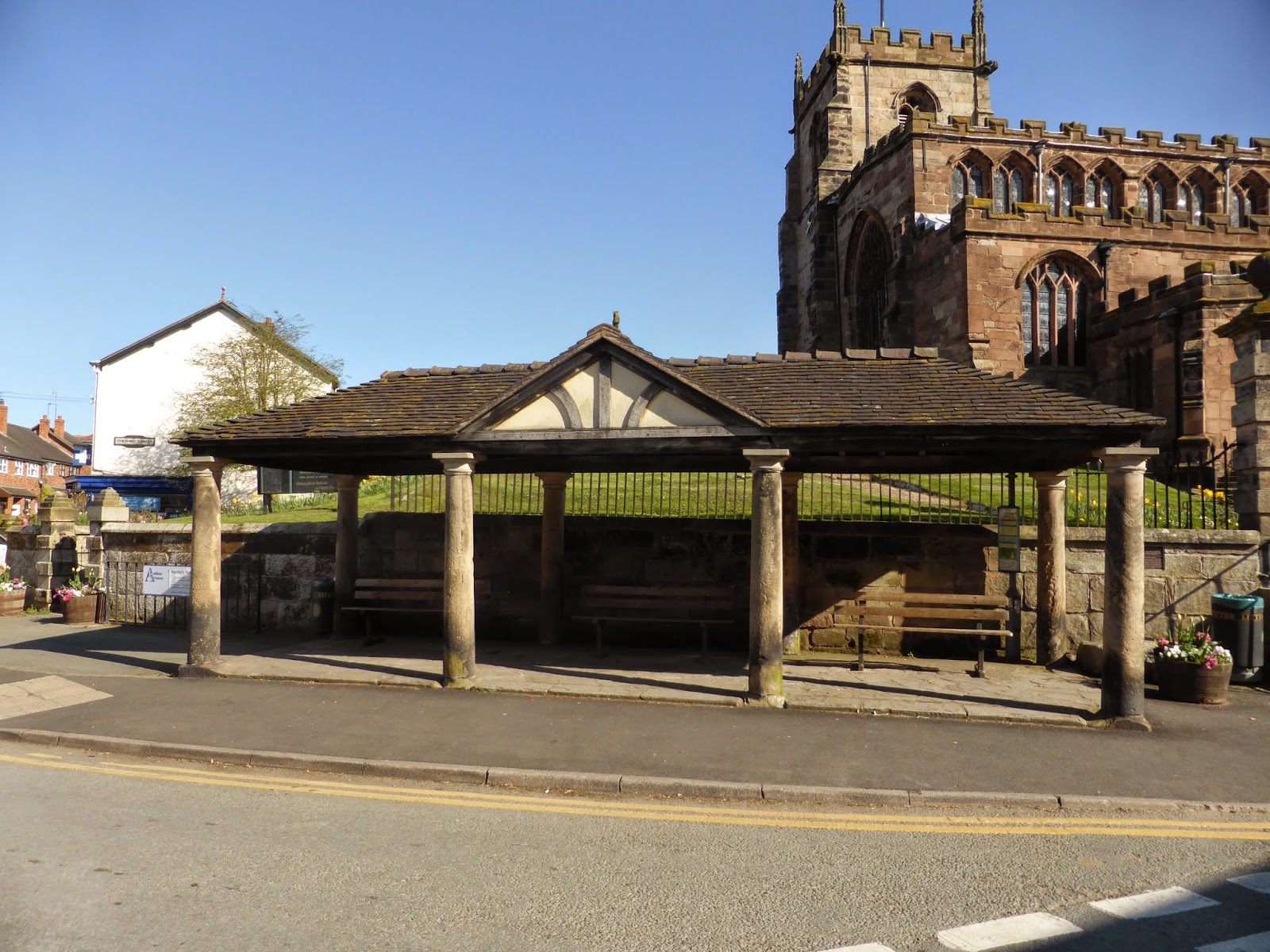 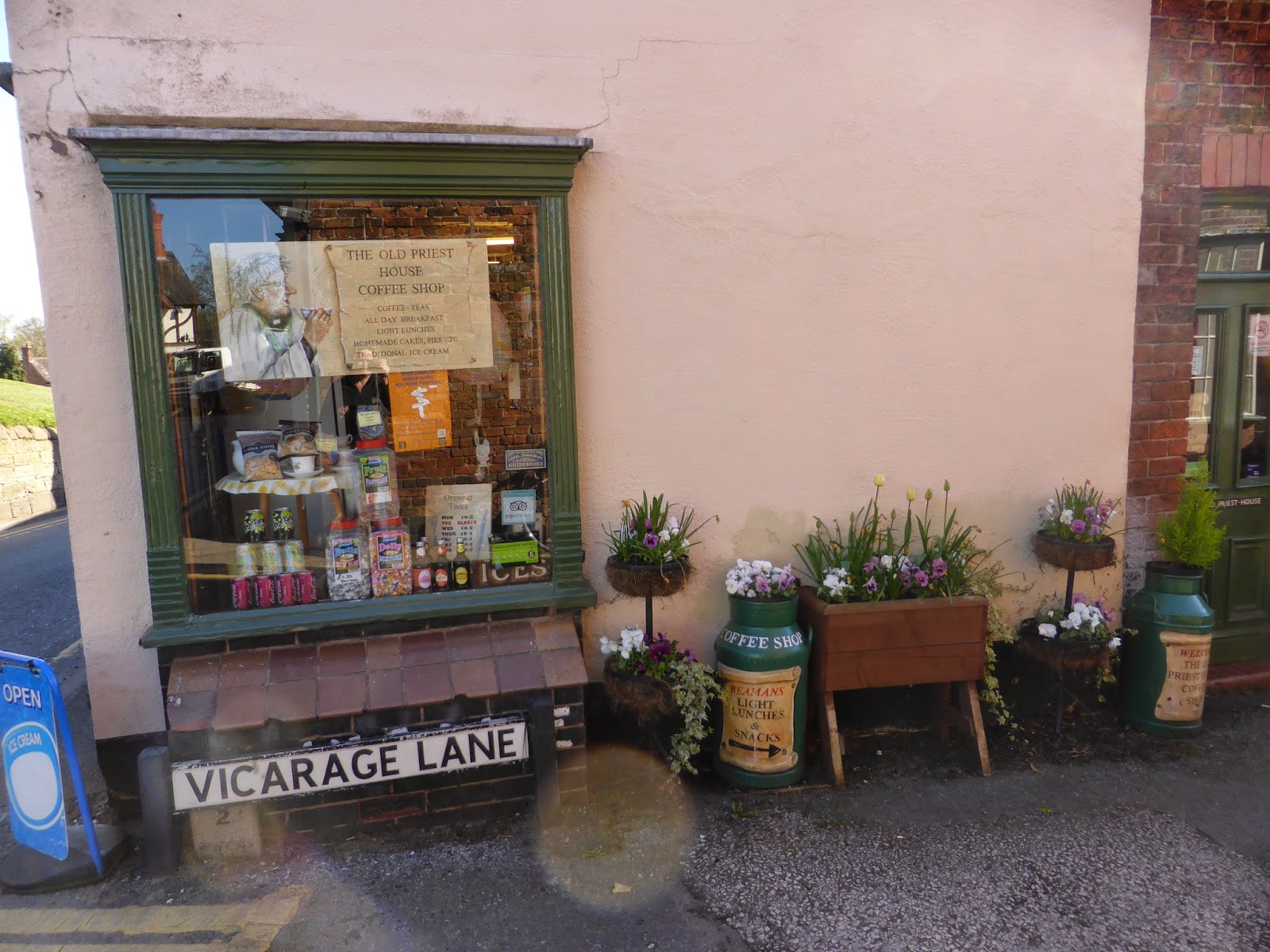 Buddy was wondering where we were going after being tied up outside a shop. 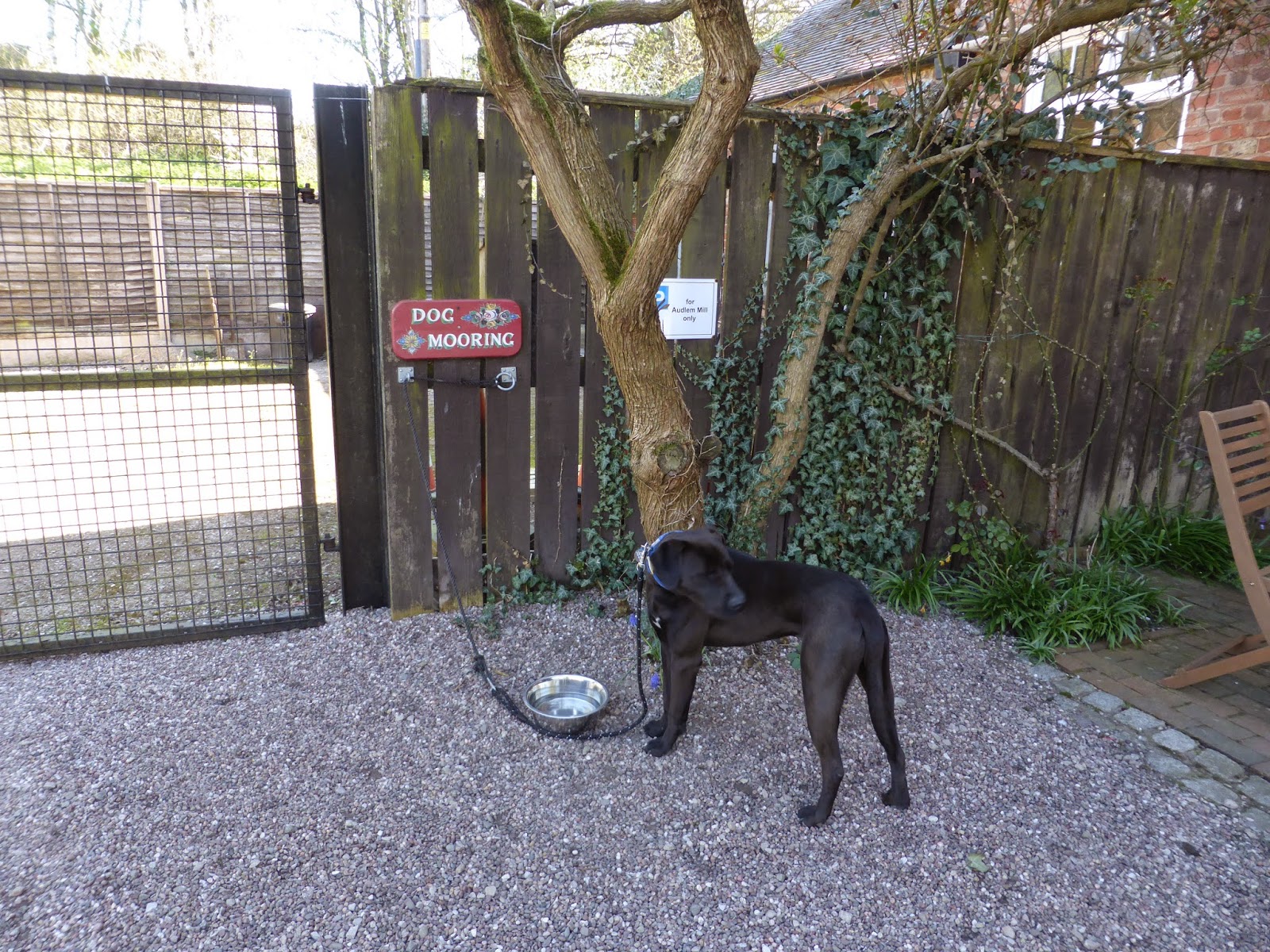 We had our traditional Saturday BLT sandwich when we got back to the boat and then set off to find somewhere to moor in the country.  We wanted to stop at about three so that we could enjoy the sunshine that was promised.  We had the remaining four locks of the Audlem flight to descend.  On the trip we saw our first swallows of the year and also our first green veined white.  The little shed next to the lock at the top right must get really toasty if the fire is going. 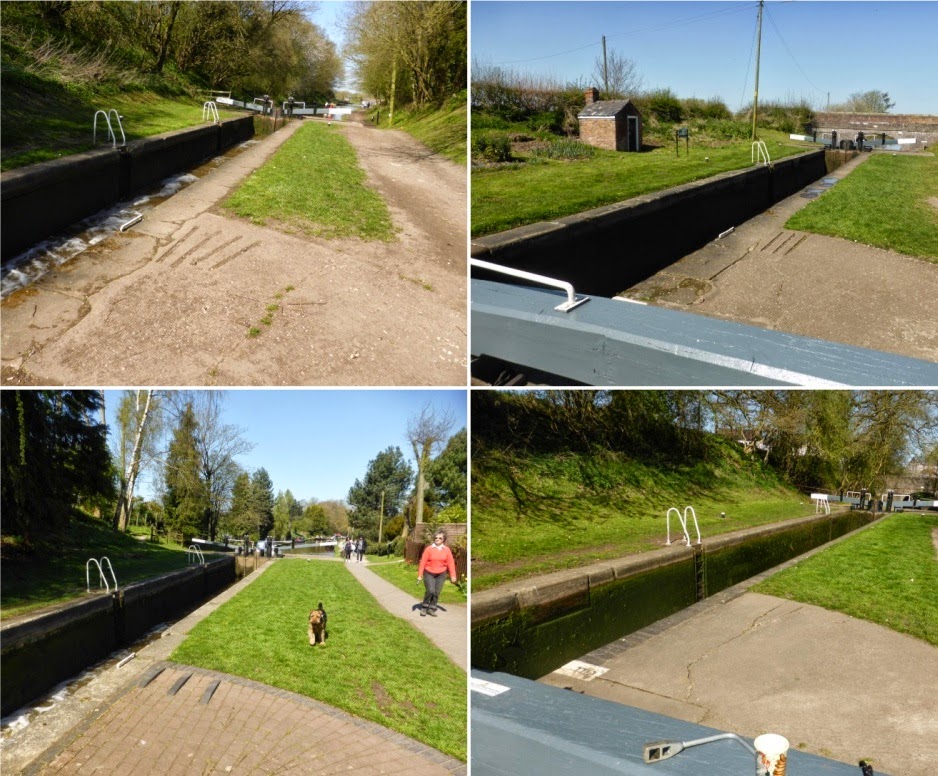 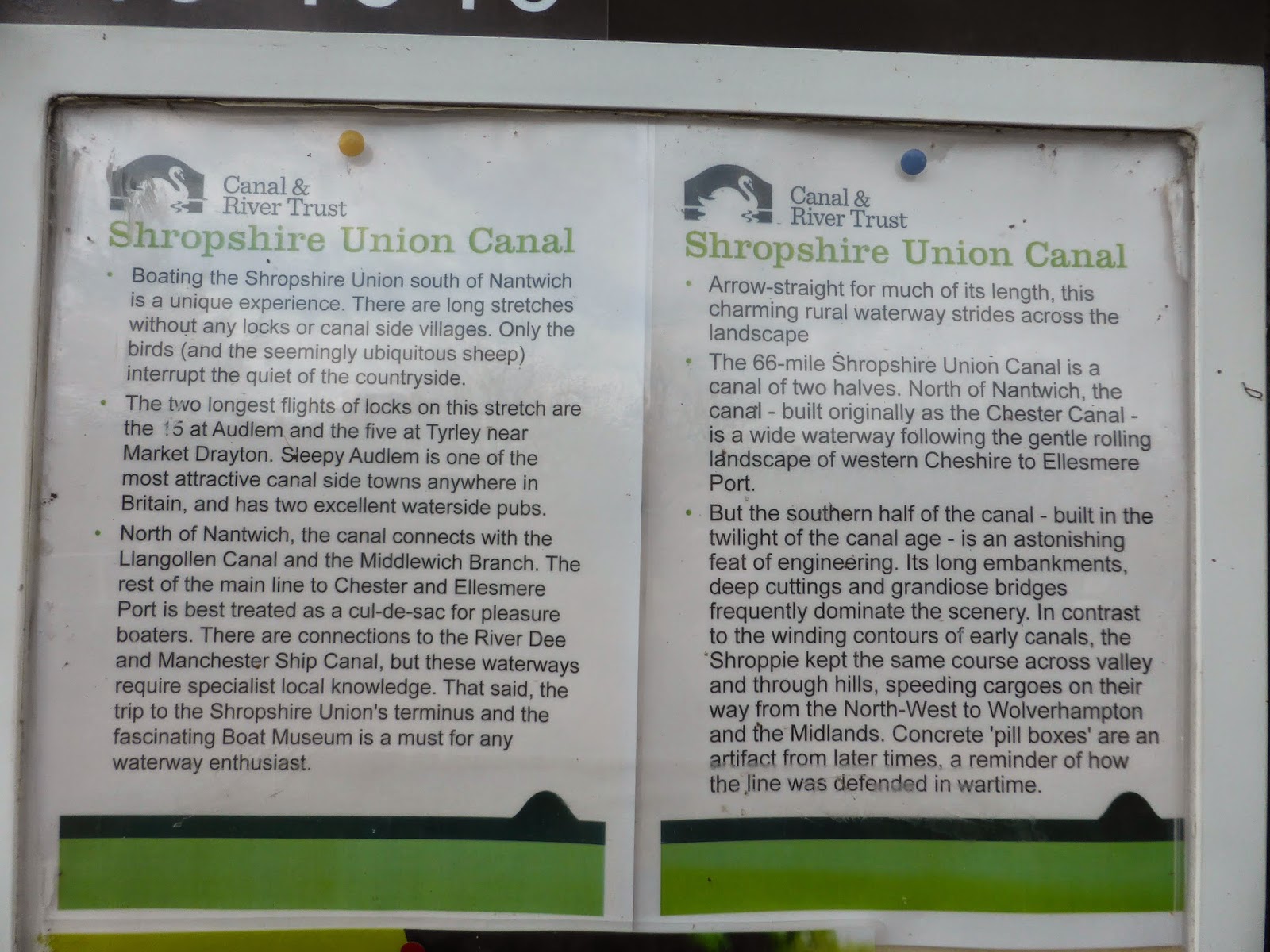 The overspill at the exit to this lock holds boats onto the side and makes passage very difficult when there is a lot of water. 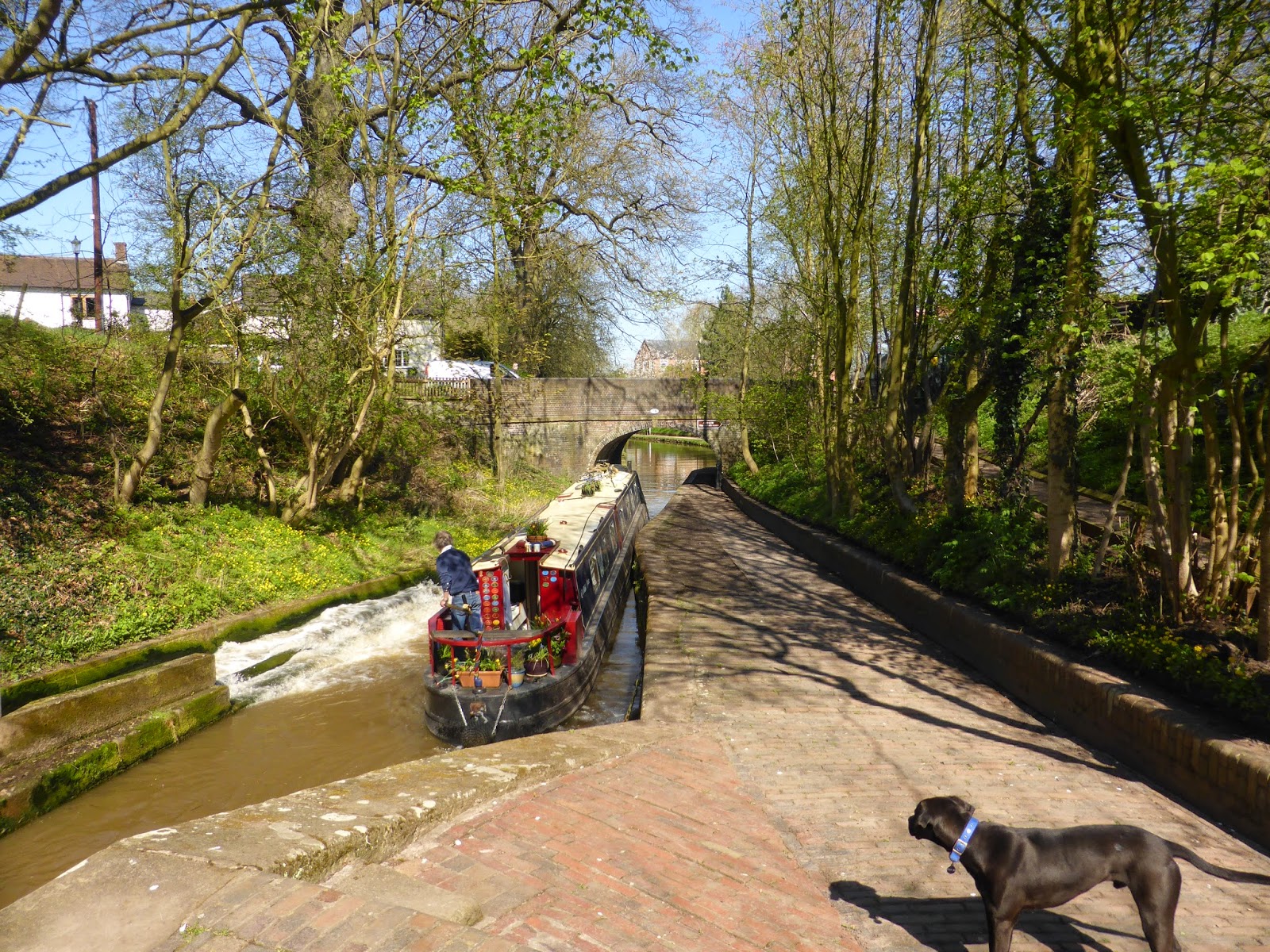 The pub on the left is the Shroppie Fly that we went to on Friday evening.  The bar area is shaped like a narrow boat complete with a cratch at the front. 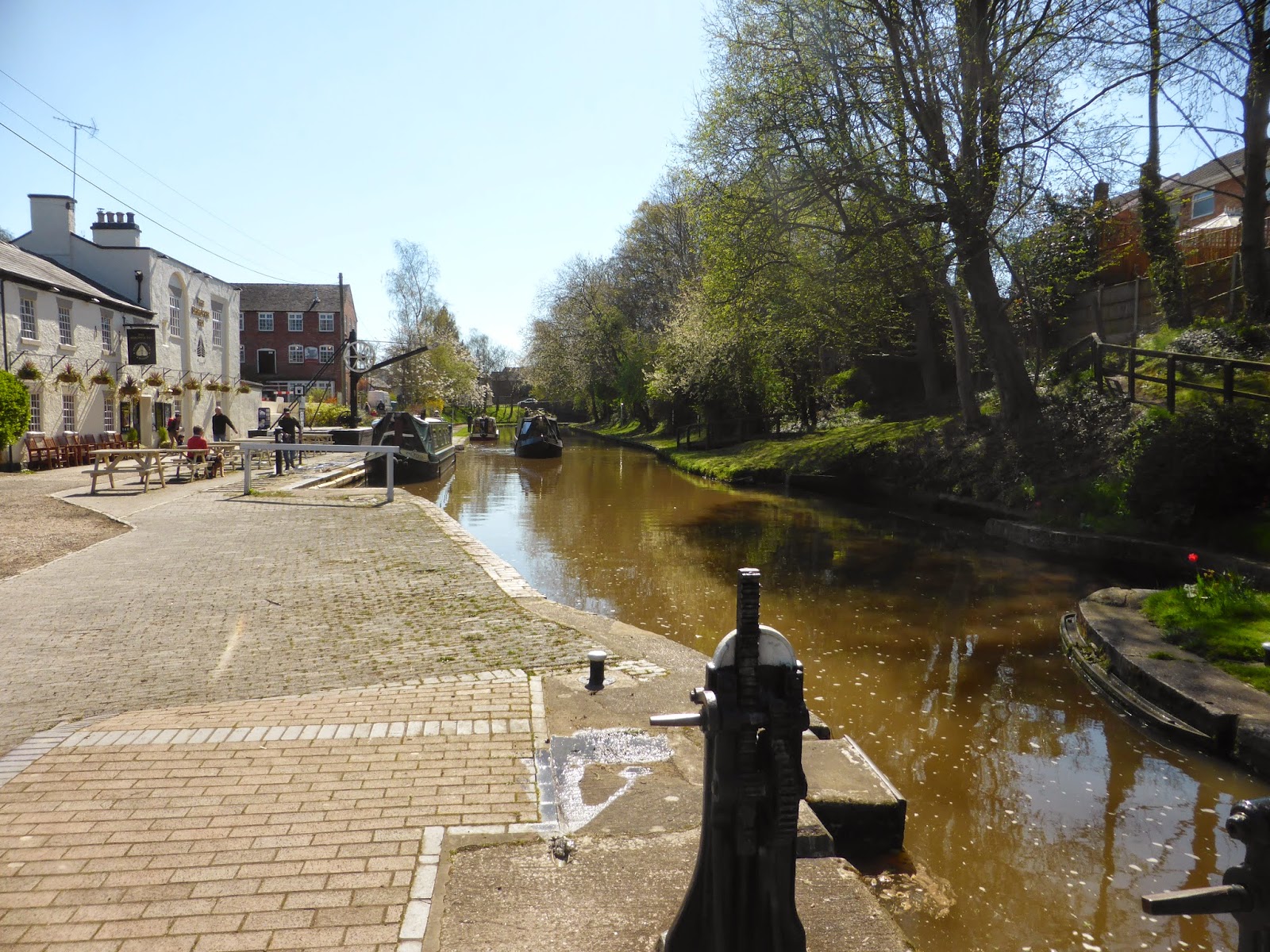 After the first two locks we passed this sweet and lollipop boat. 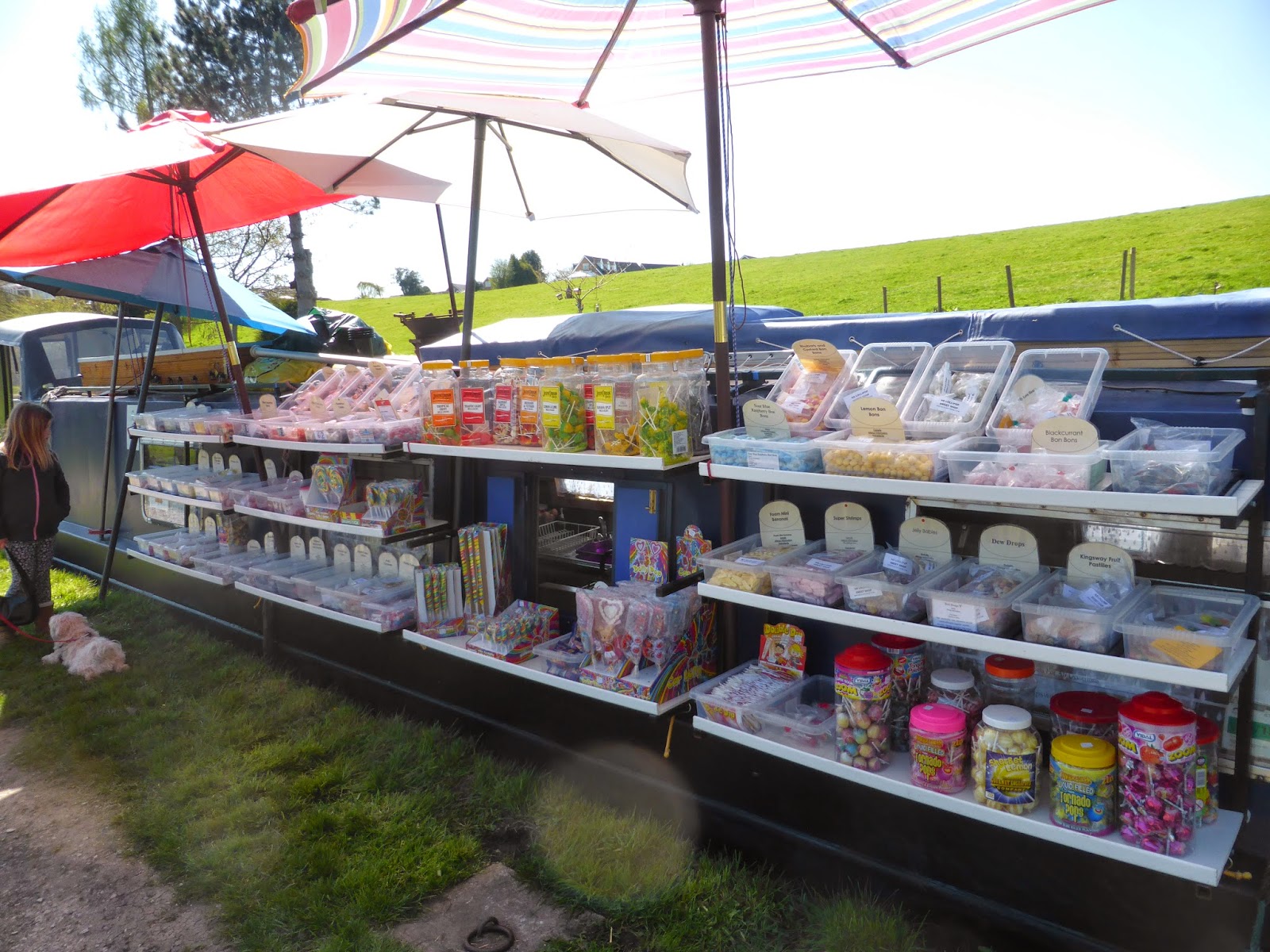 At Hack Green we went by the secret nuclear bunker which doesn’t seem so secret now there is signage. 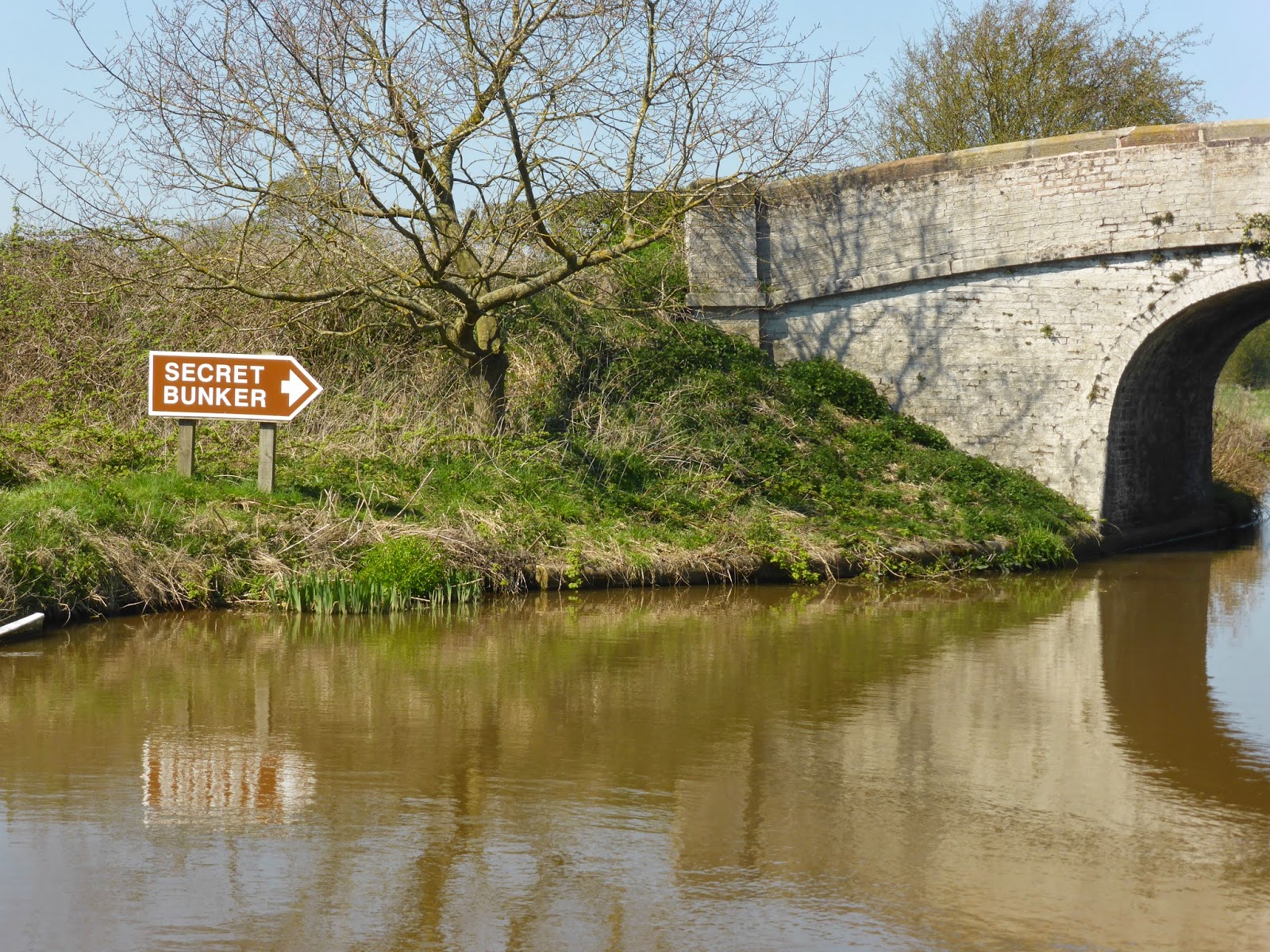 Near the bunker were two more locks, one of which had two stanking plank racks. 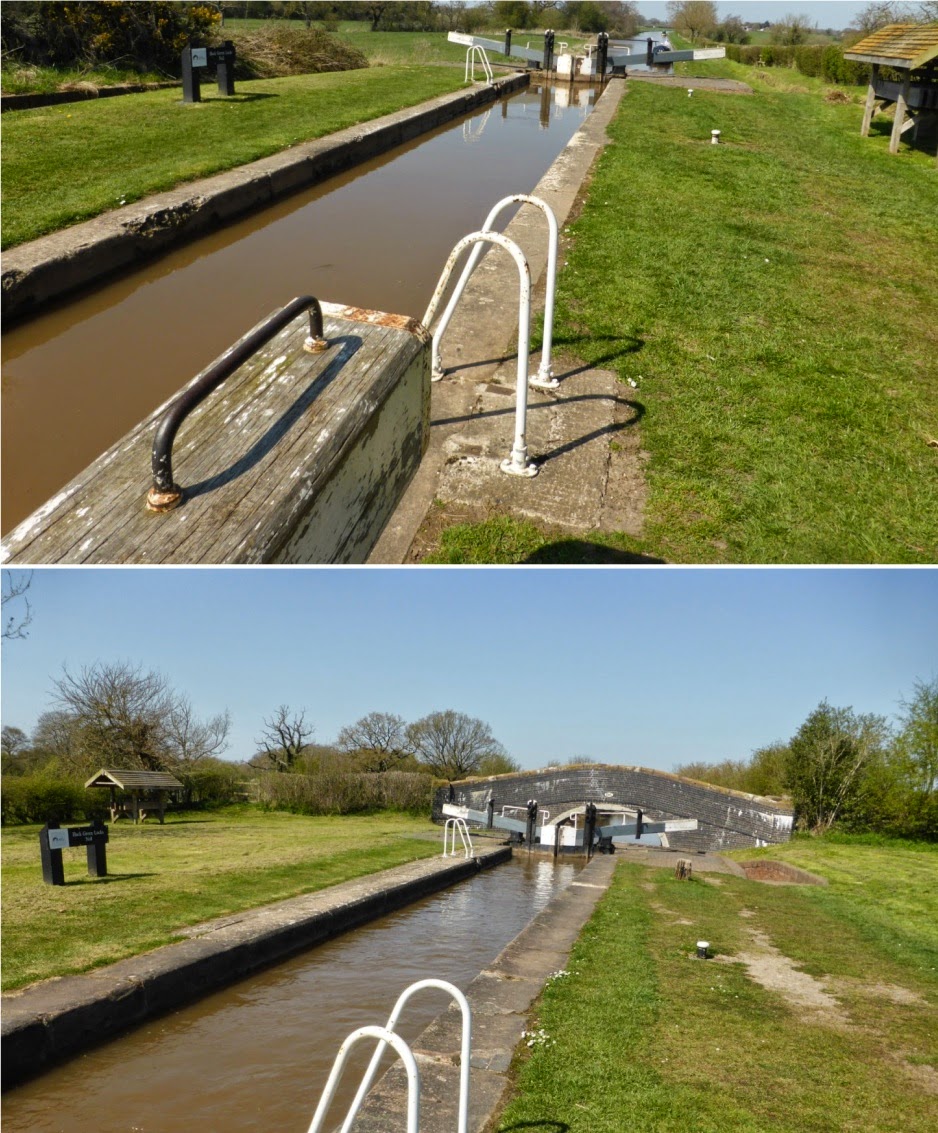 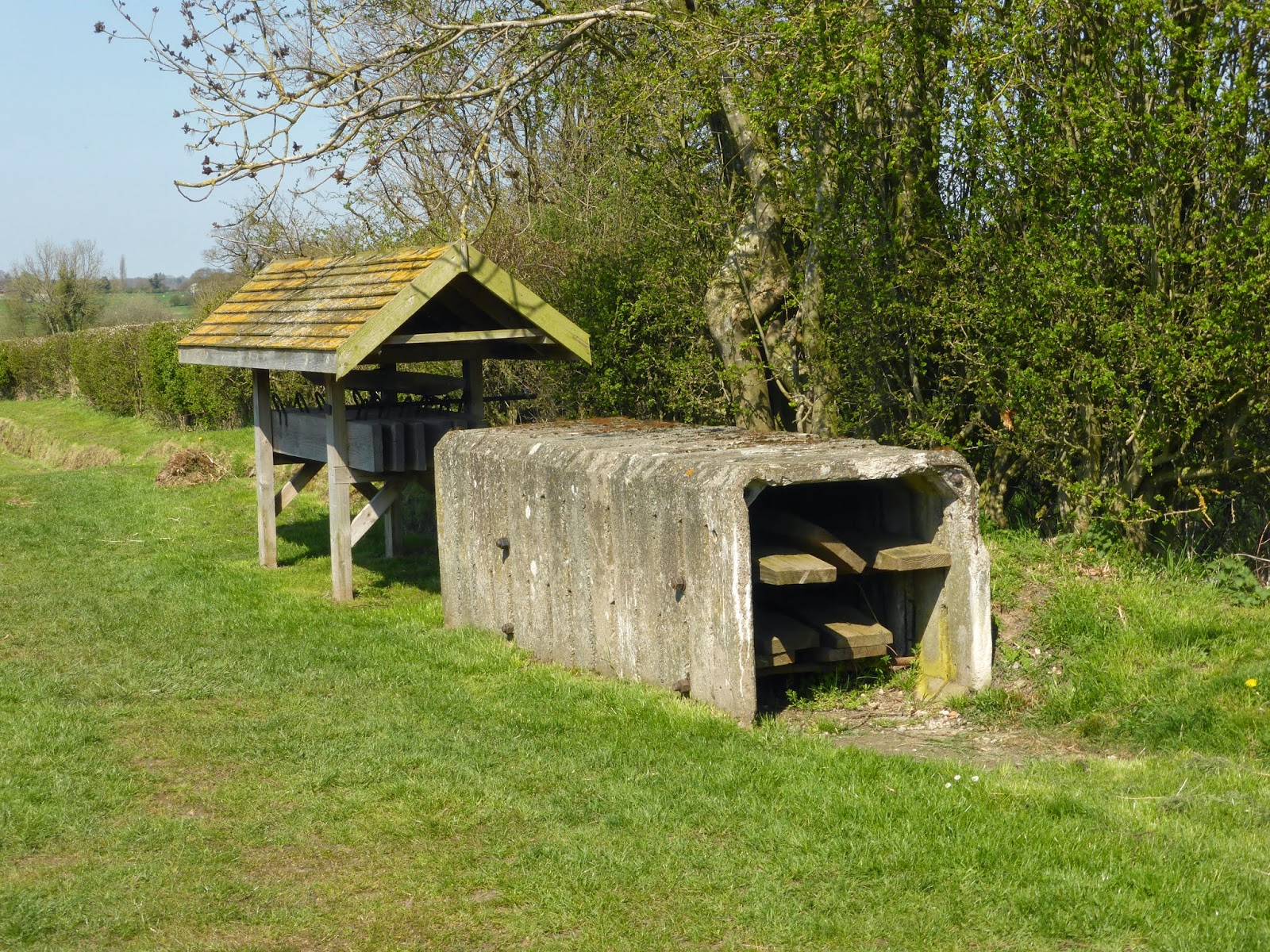 We moored up near a branch line which had very little traffic.  In fact the trains we did see were either one or two carriages long – they look so sweet. 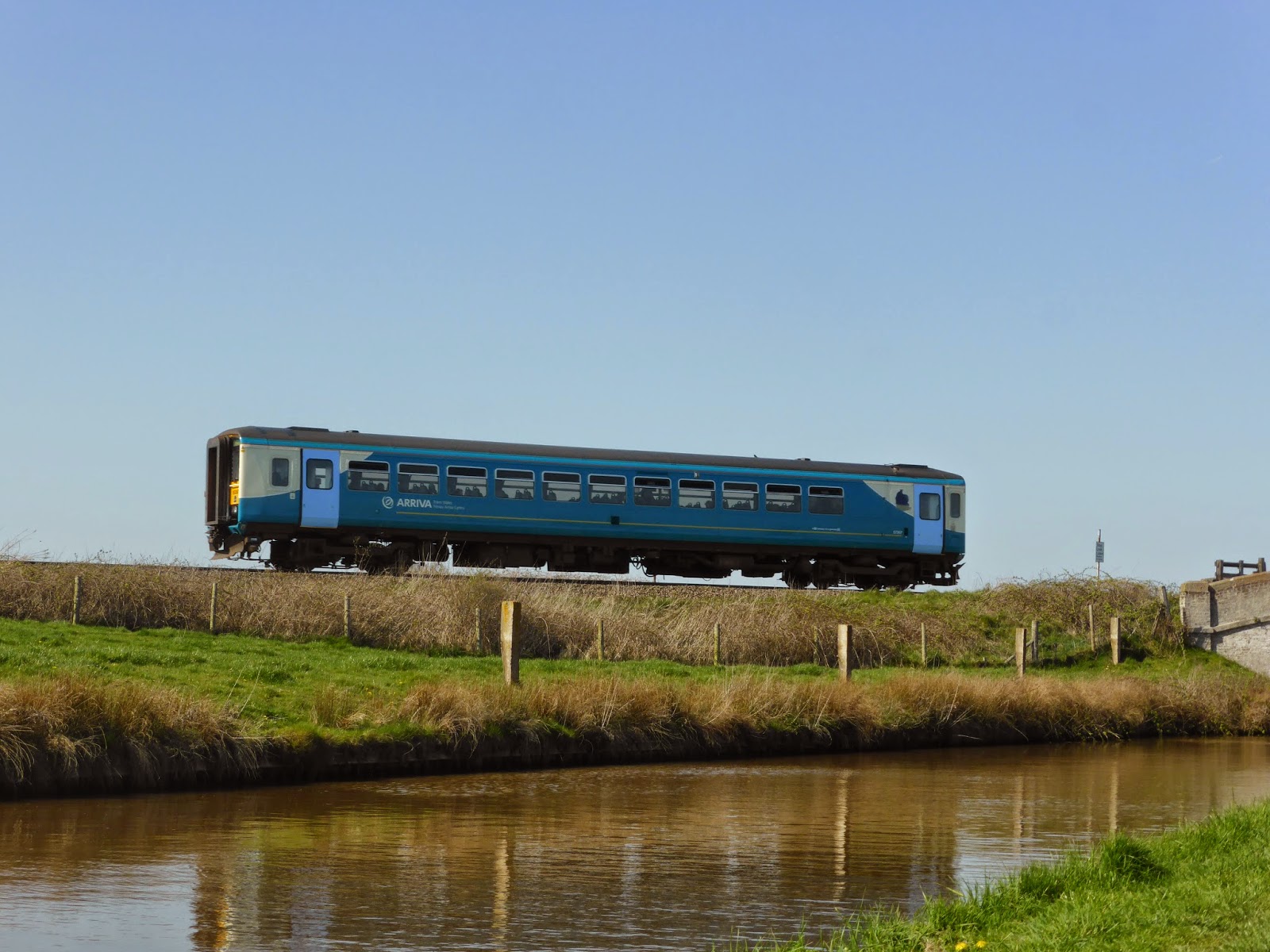 We hung the washing out and lazed around for the rest of the day. 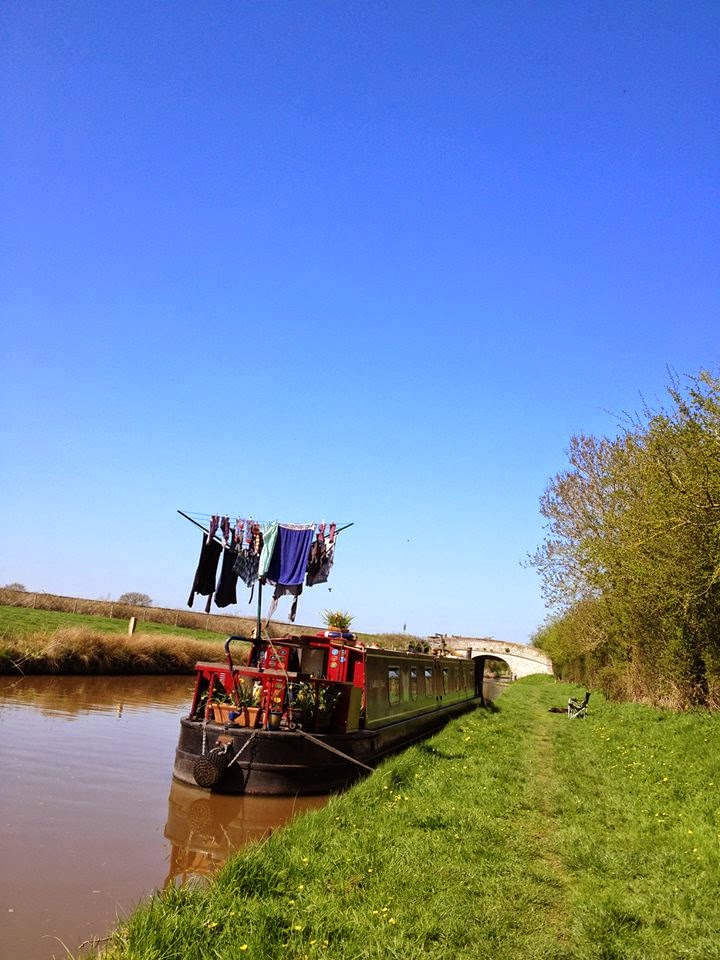 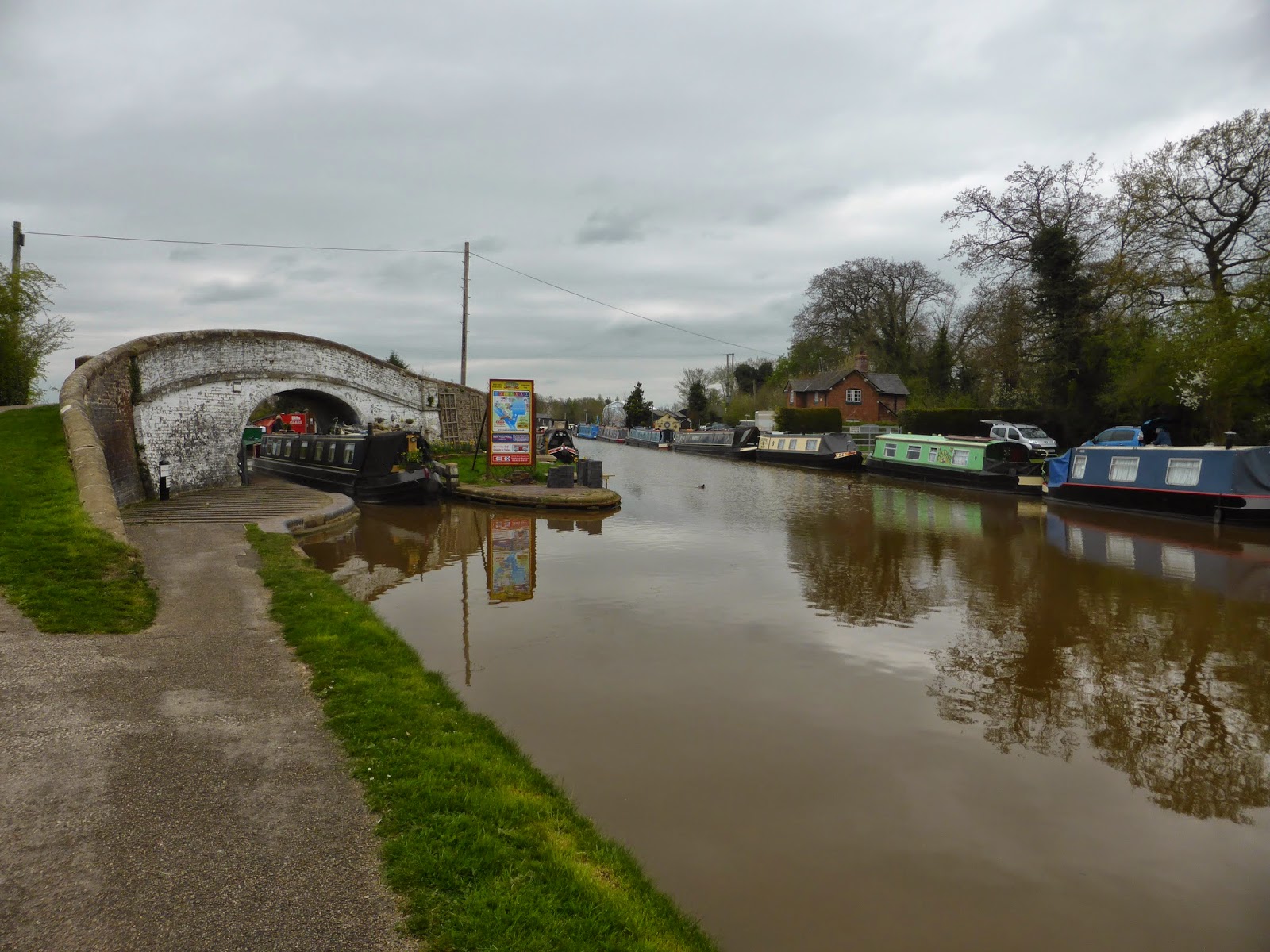 This is Nantwich aqueduct. The Chester canal was a broad beam canal so the bridge holes are now double the normal width and easier to negotiate. 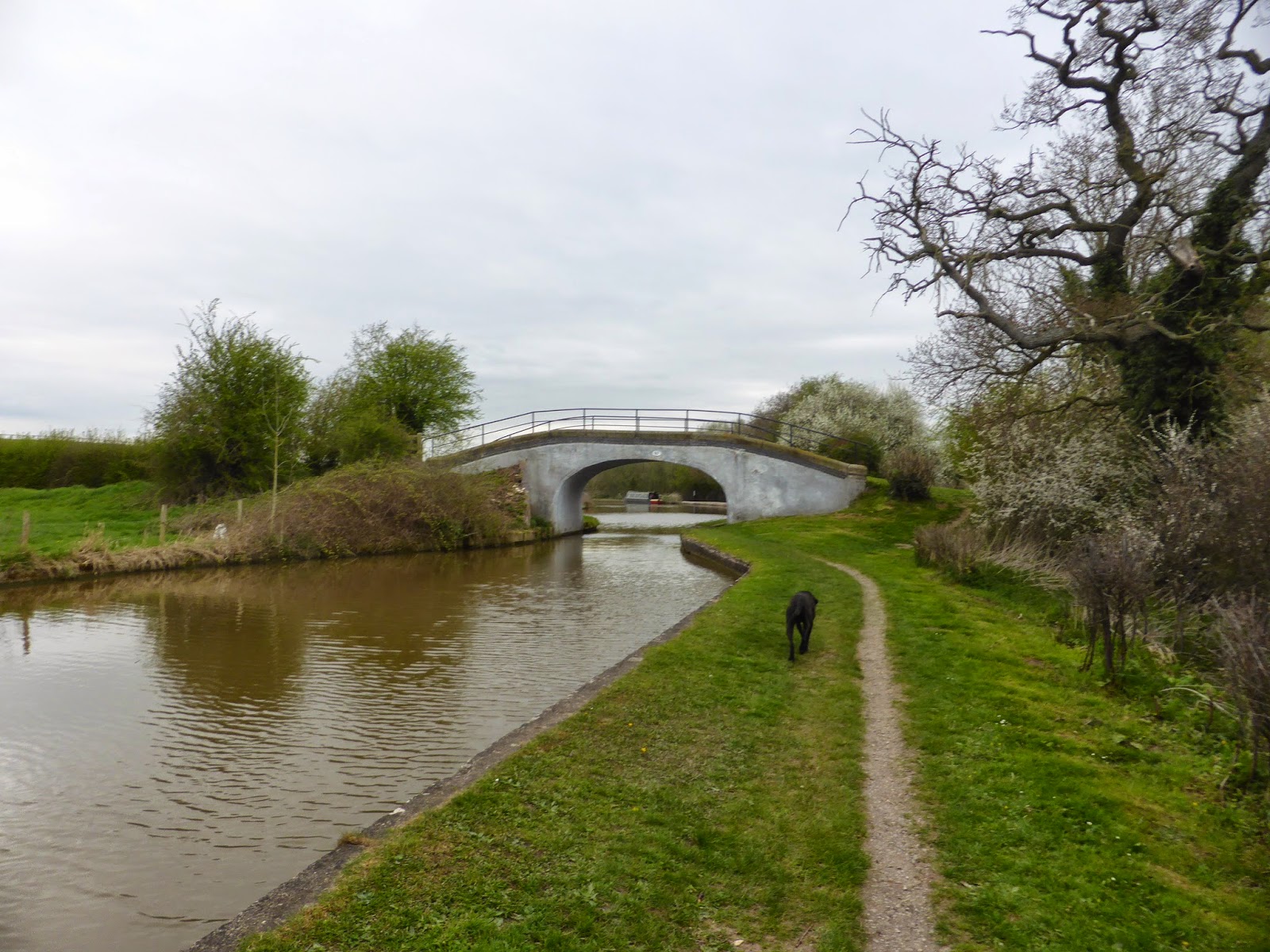 We passed the junction where the Llangollen canal goes off to North Wales.  We went on this canal many years ago on a hire boat but will return on ours later this year or next. 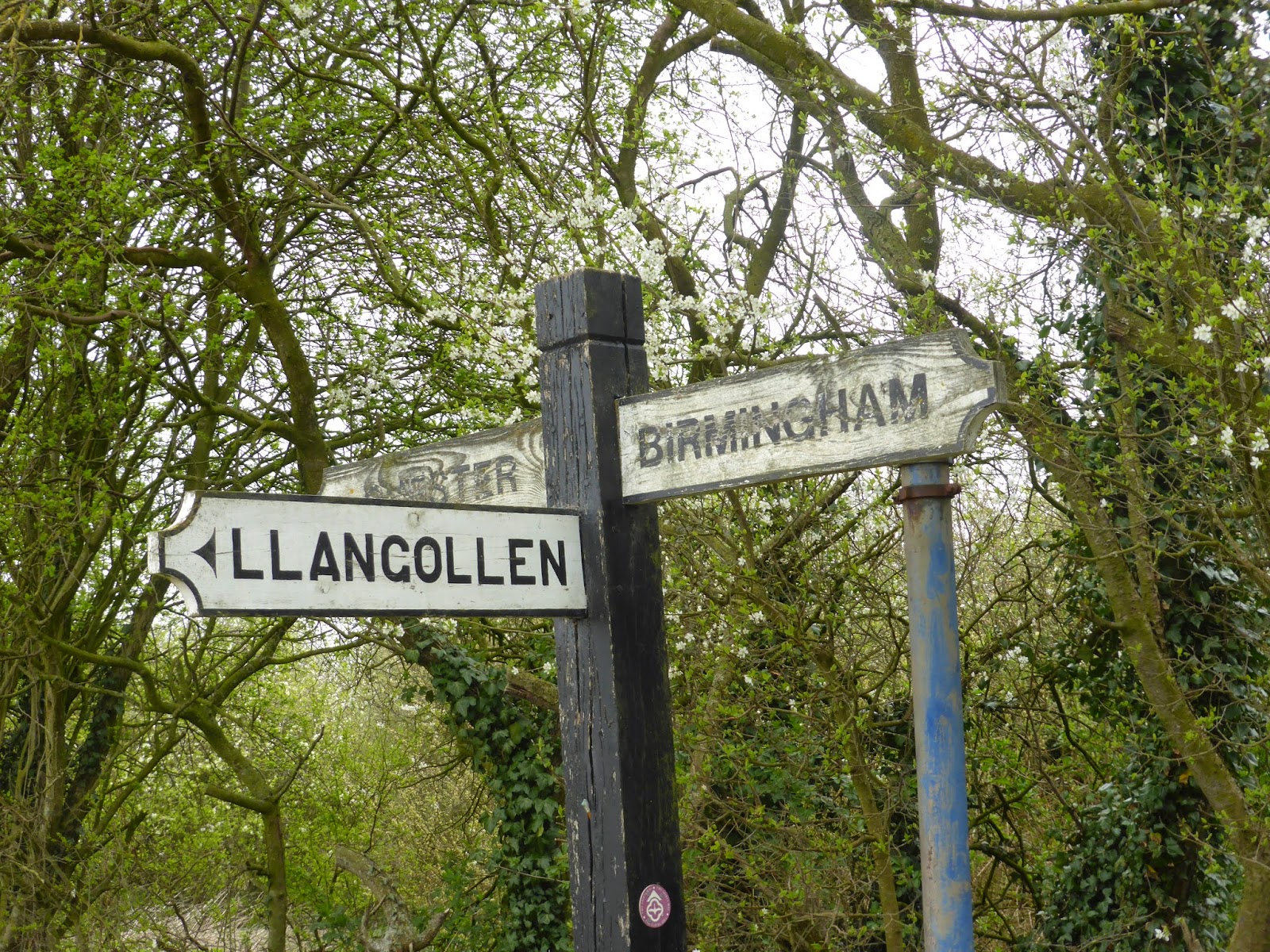 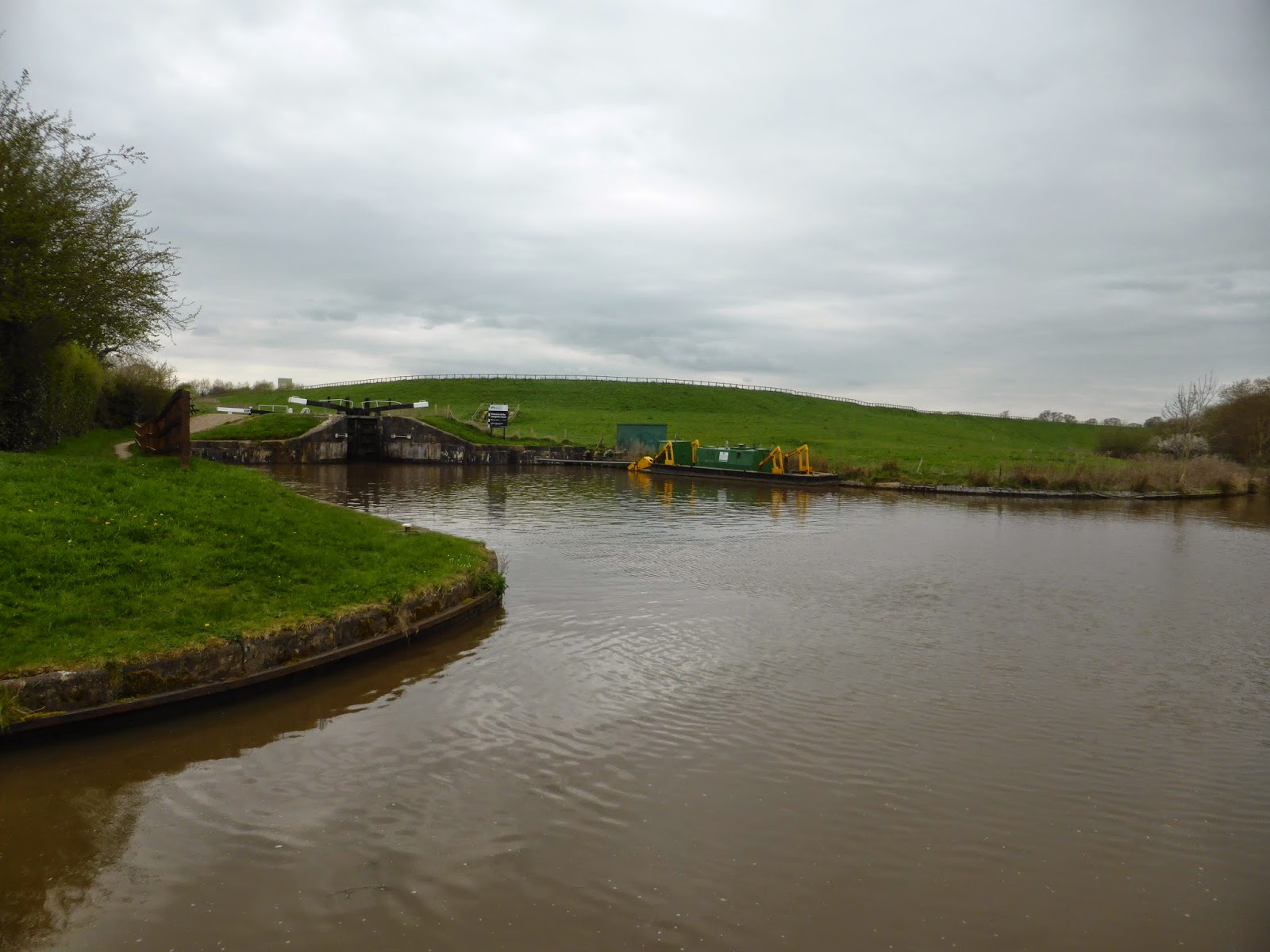 After lunch we turned off right onto the Middlewich branch which will take us up to the northern end of the Trent & Mersey canal. 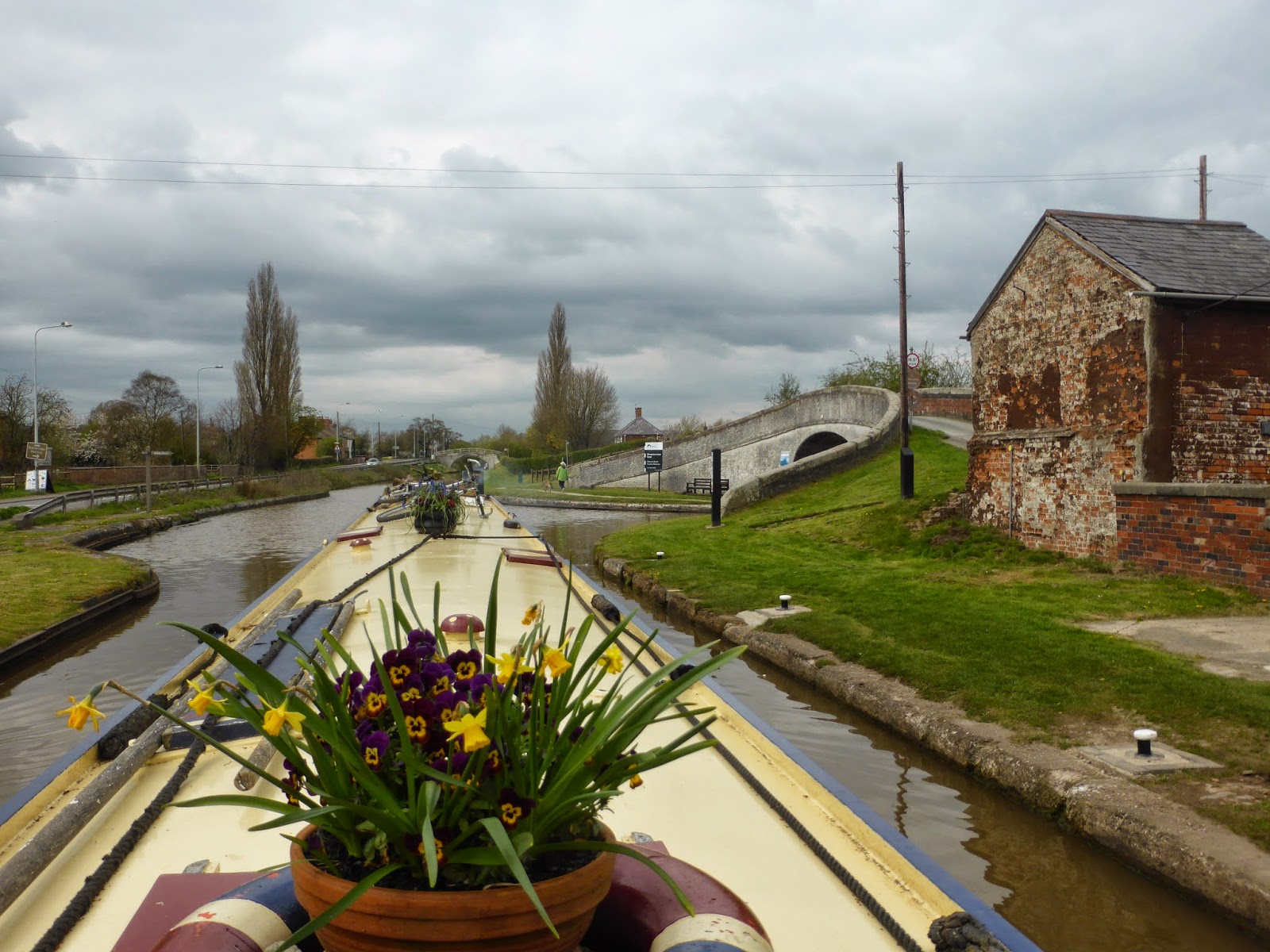 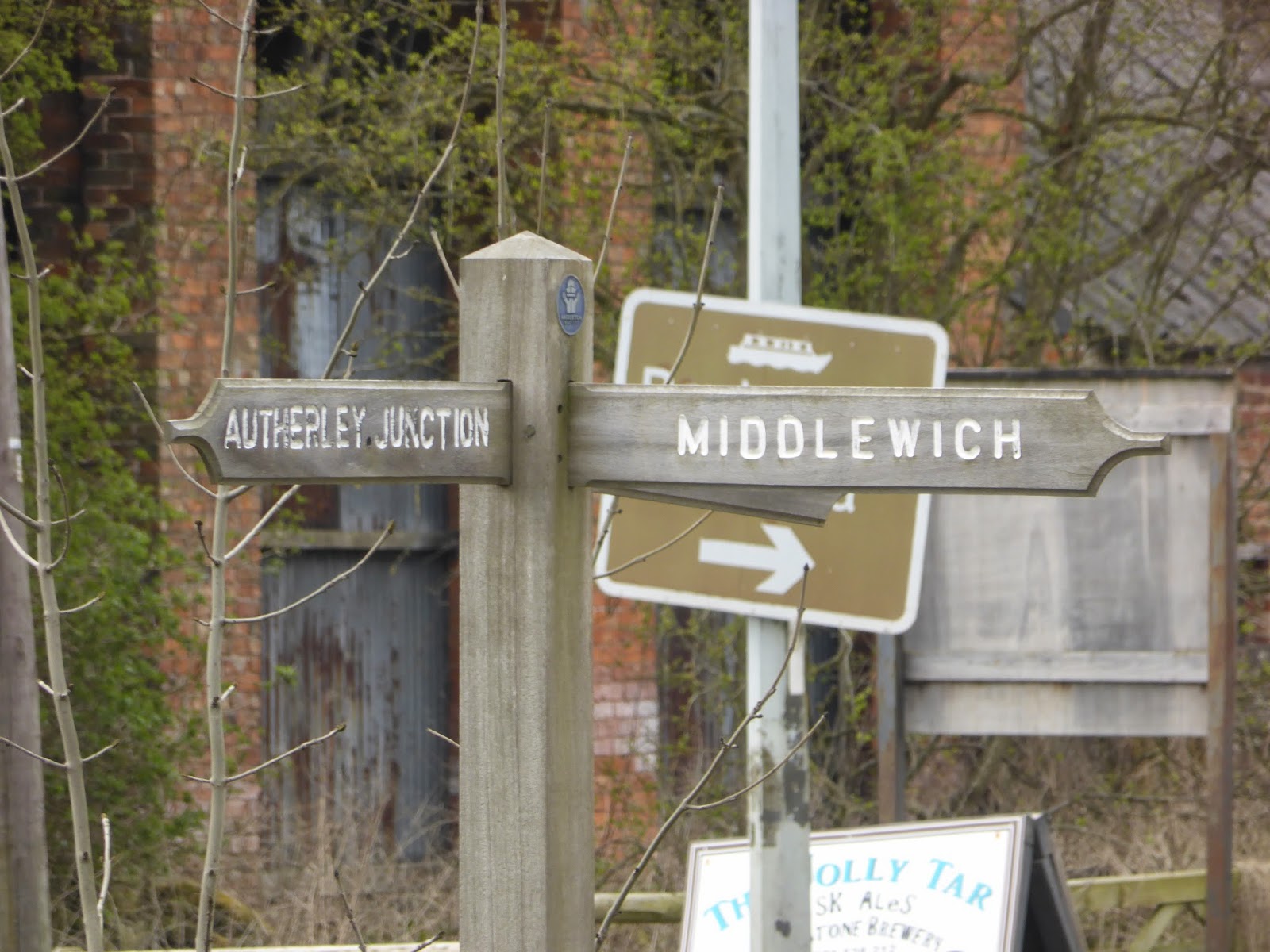 As we joined the Middlewich branch the clouds cleared and the sun came out. 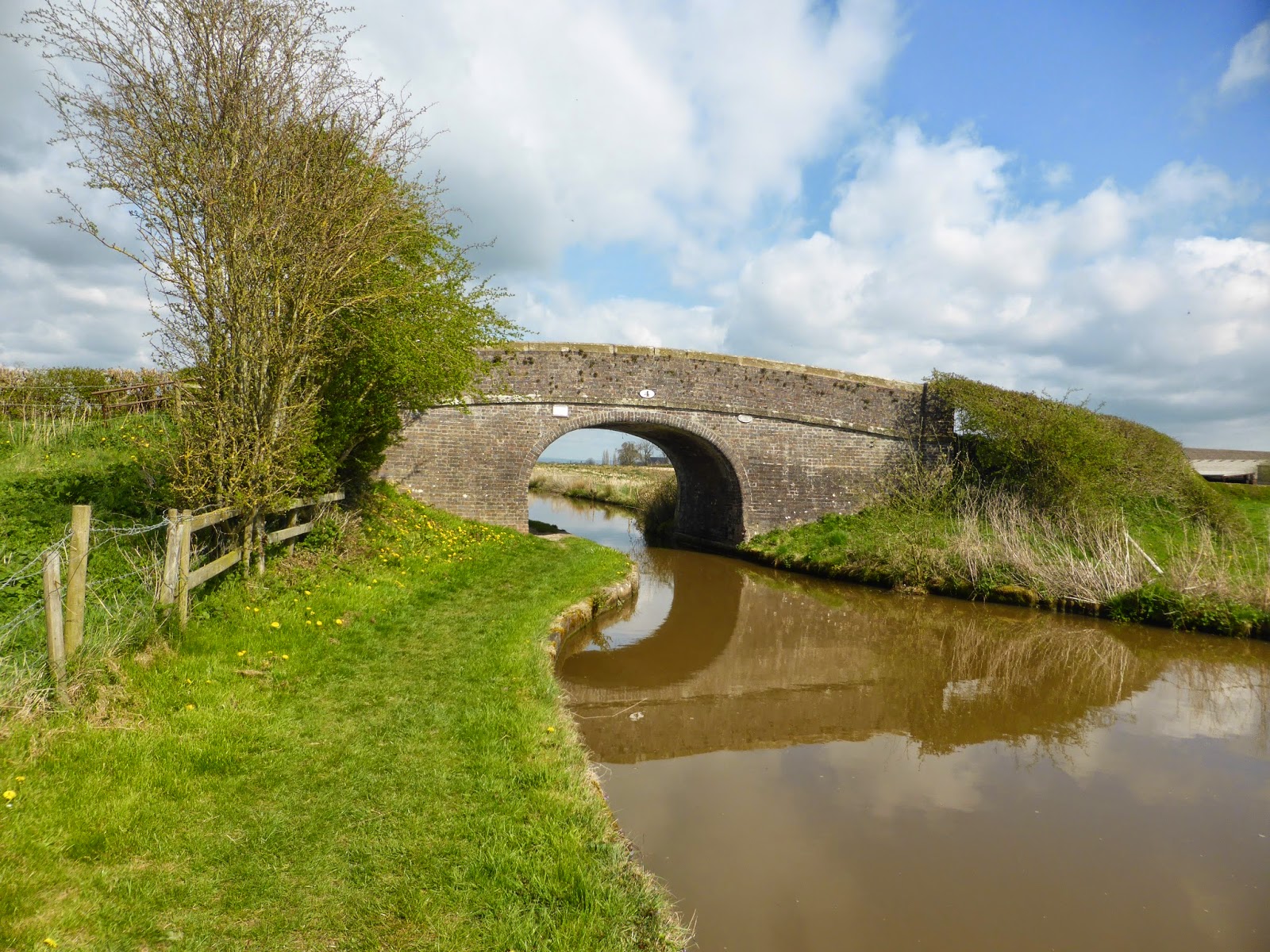 We went through these two locks on the Middlewich branch today, both 11 feet deep. 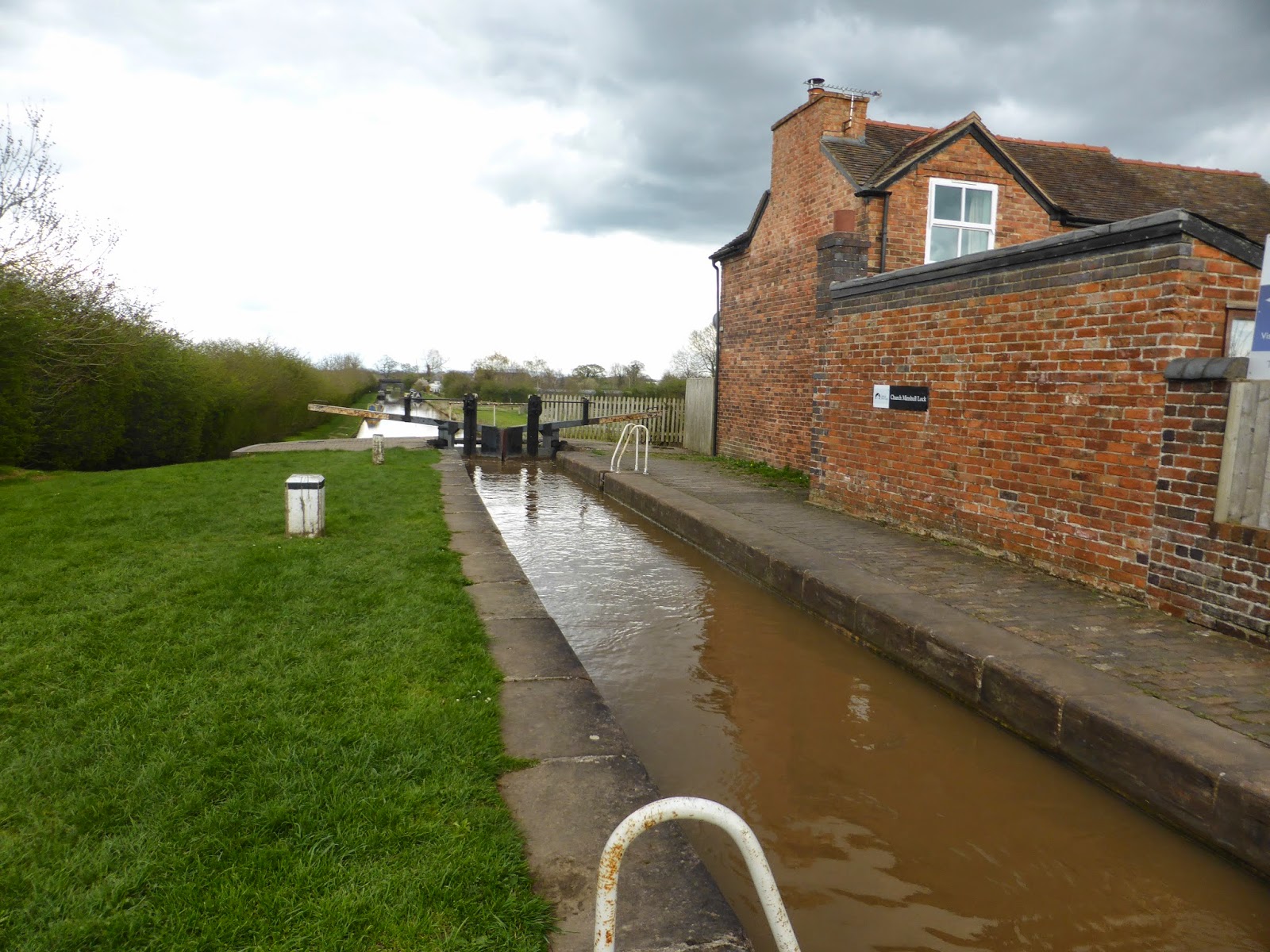 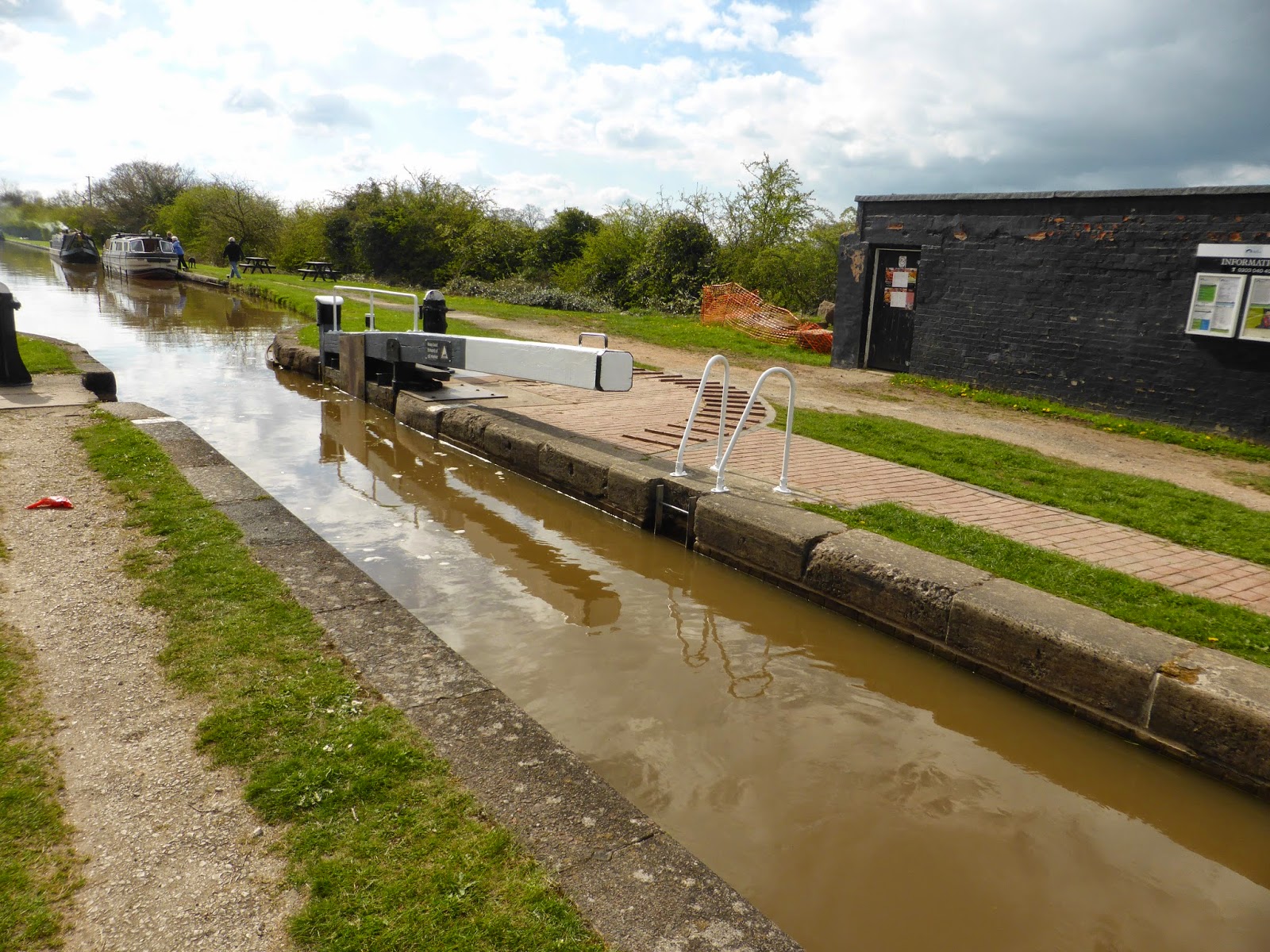 We moored up at Church Minshull… 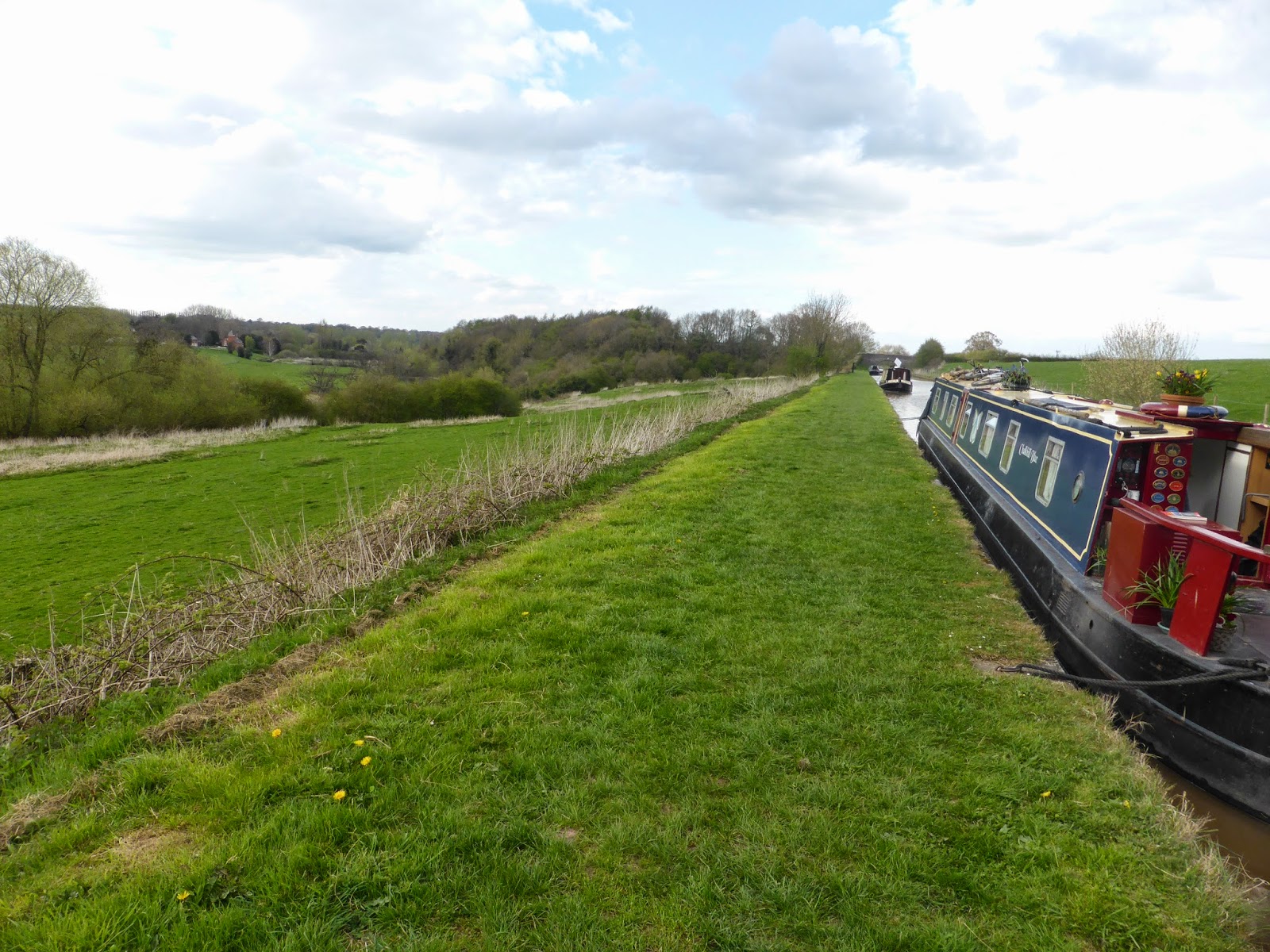 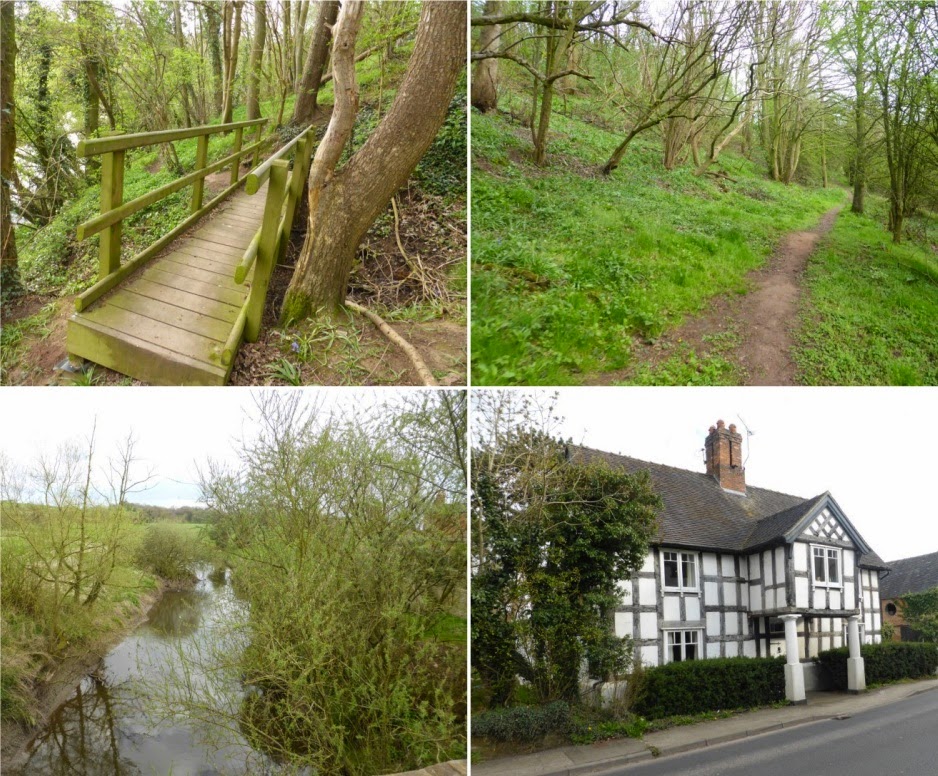 ending up at the Badger Inn for a well deserved pint.  LTC Rolt stayed at this pub when he cruised the waterways in the 1940s.  He was instrumental in awakening the public to the sorry state of the canal system and  from that stemmed many canal restoration projects.  His book Narrowboat is worth a read and has many reminders of what life was like in the 40s and 50s. 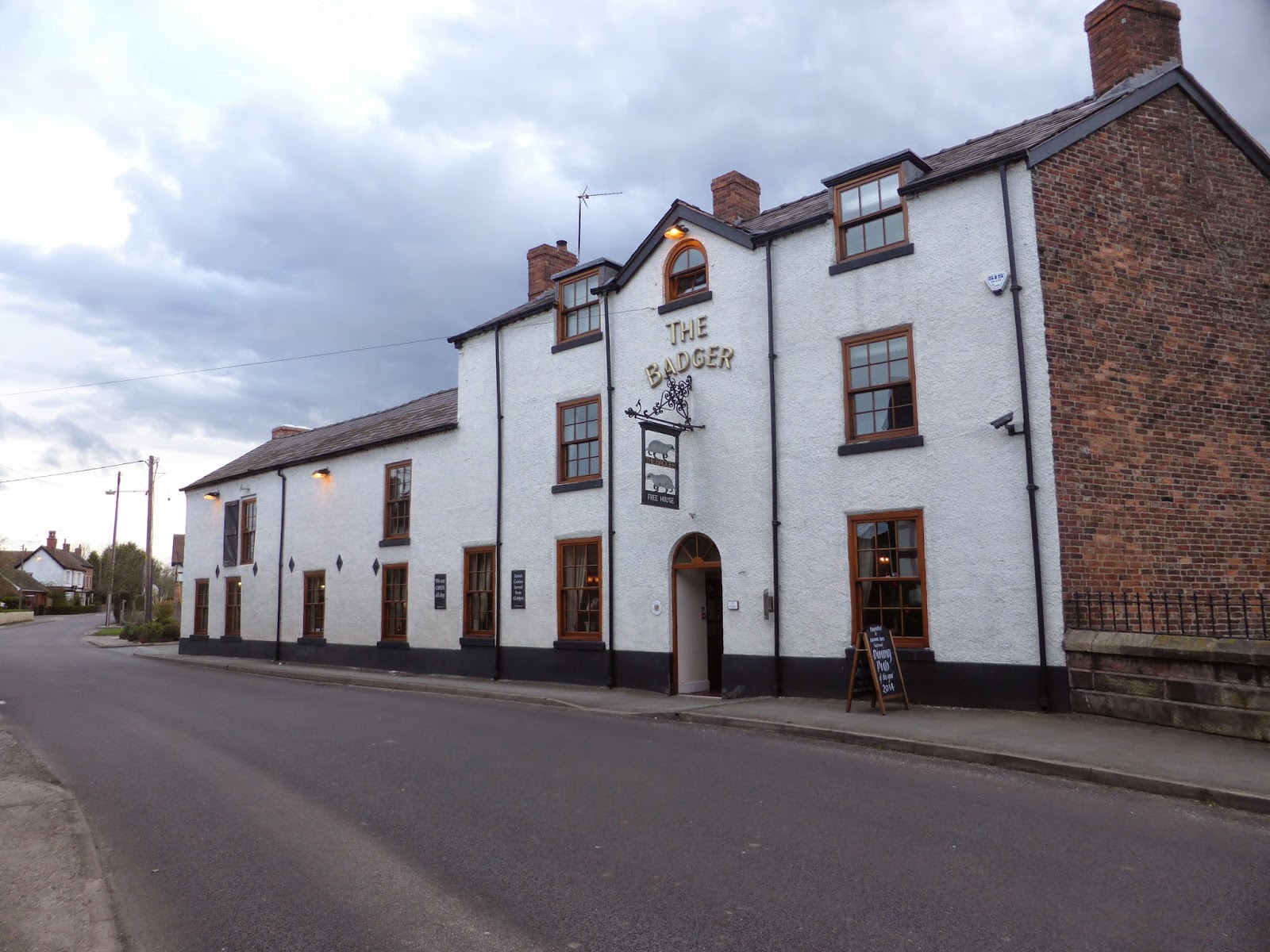