Trent & Mersey canal – we must be in the North!

Firstly an apology.  My father noticed that the picture of Atherstone market square in a recent blog entry was from the summer.  I had inadvertently put this picture up after browsing which towns we should be visiting.  Anyway, here are the shots we took when we visited the square - the sun was out and it felt mild even though it was early January. 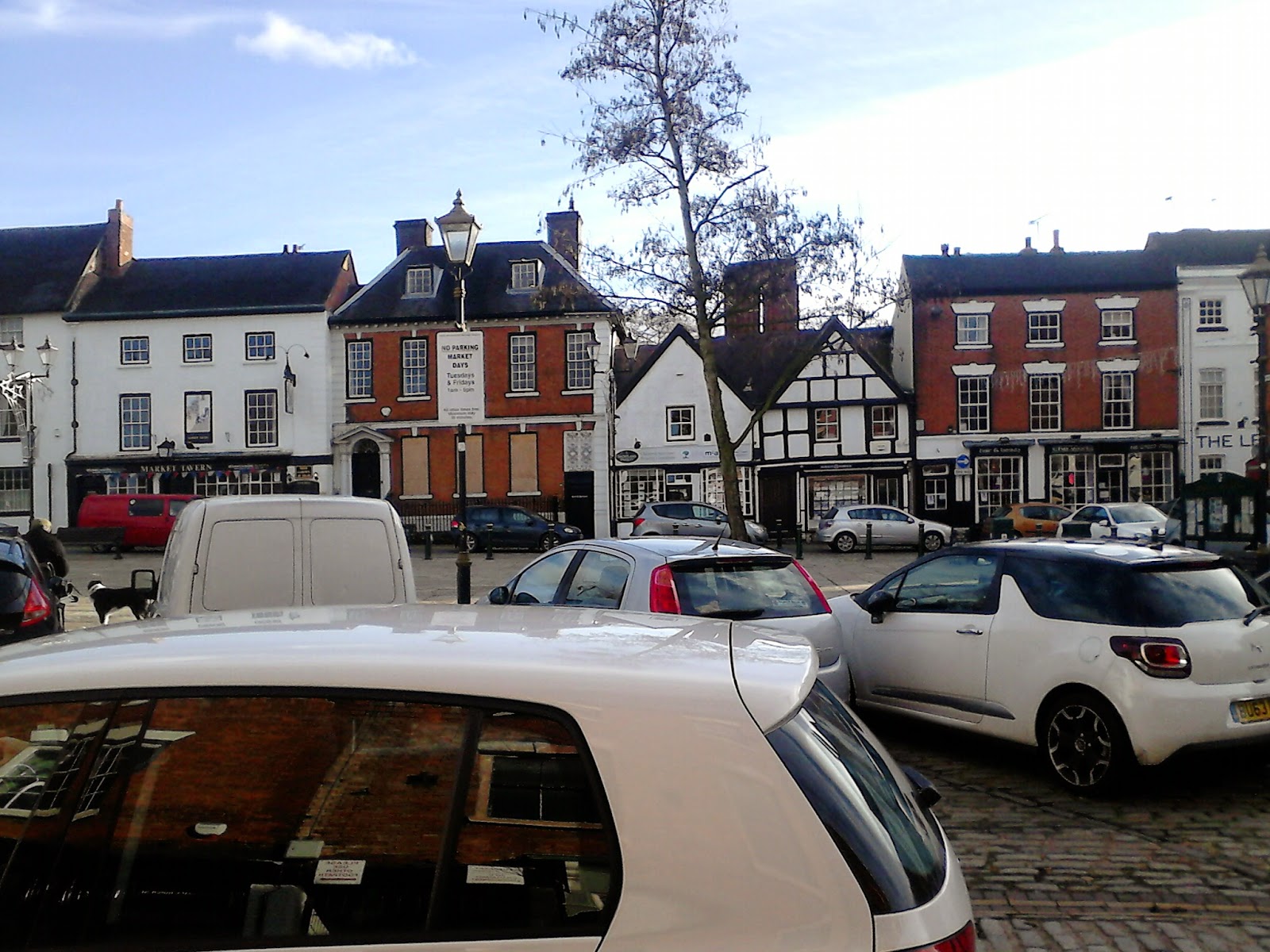 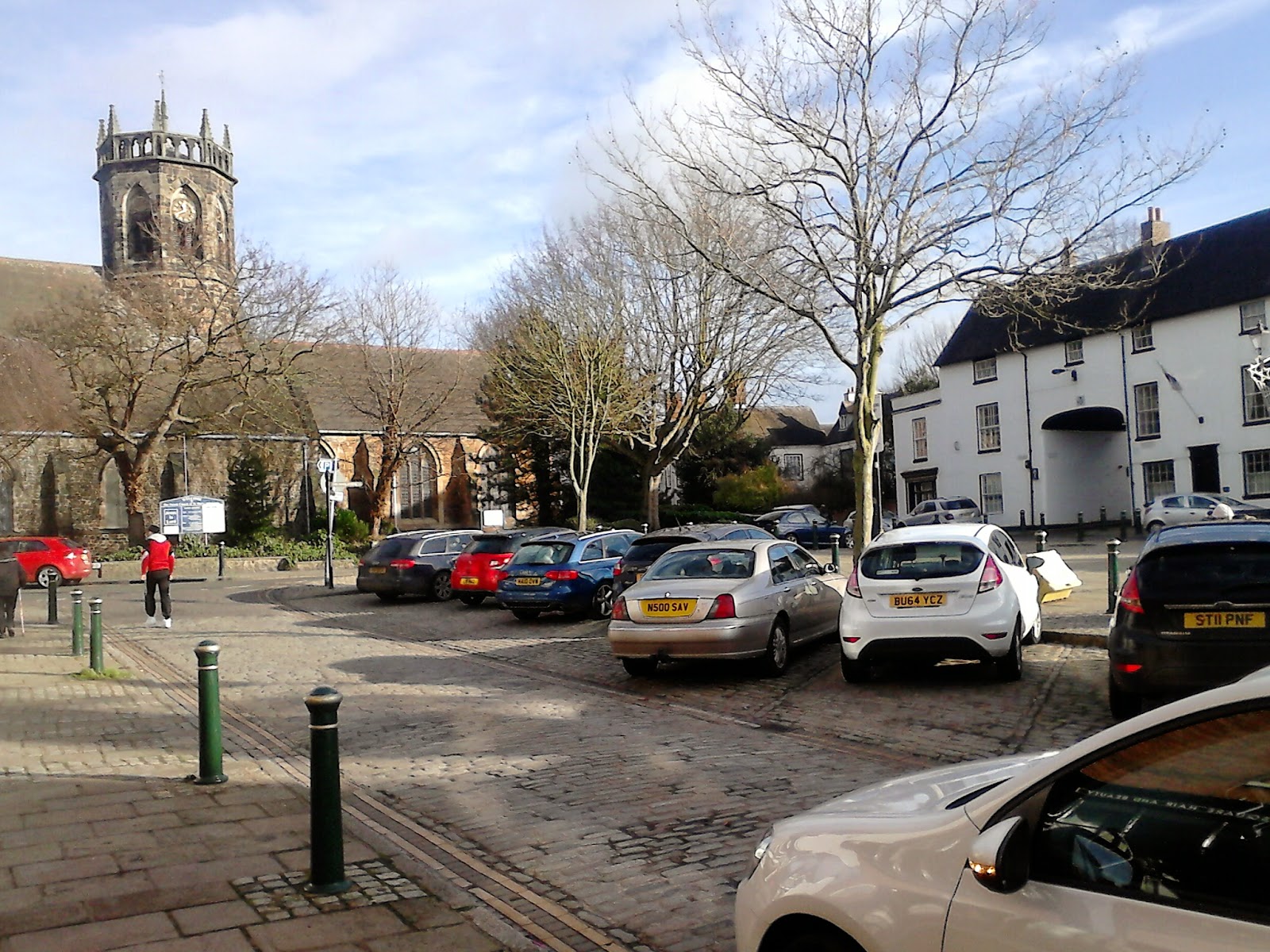 We set out early this morning even though it was still very windy and heavy rain was also forecast.  We stopped at Fazeley to pick up a few things from what must be the smallest Tesco we have seen. 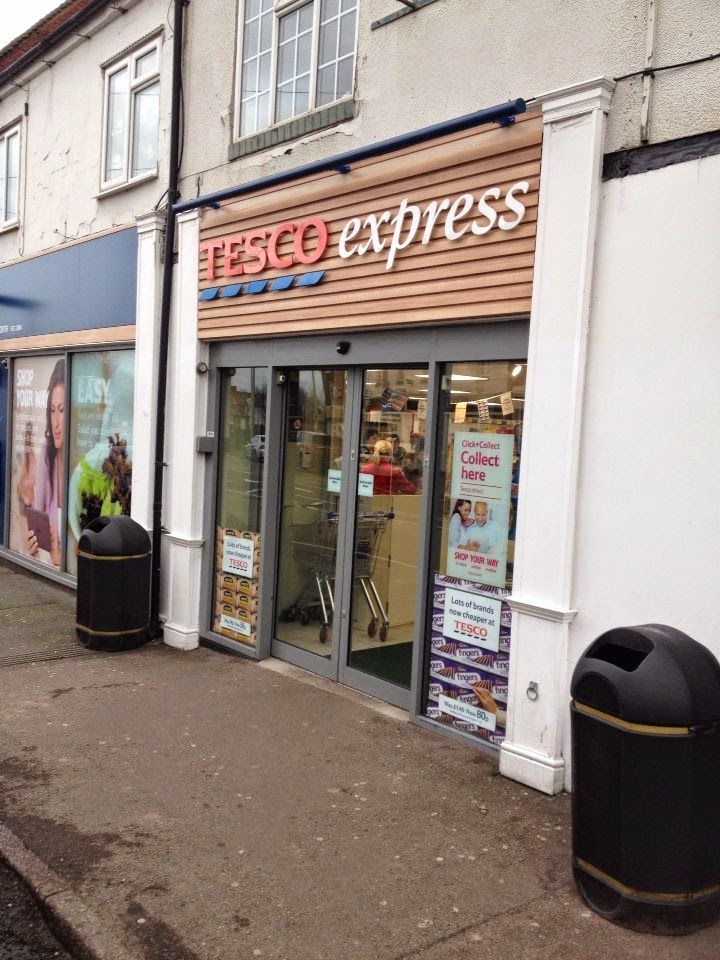 We soon reached Fazeley junction where the Coventry canal joins the Birmingham & Fazeley canal.  This is looking south from the junction towards Birmingham with a fine mill on the left. 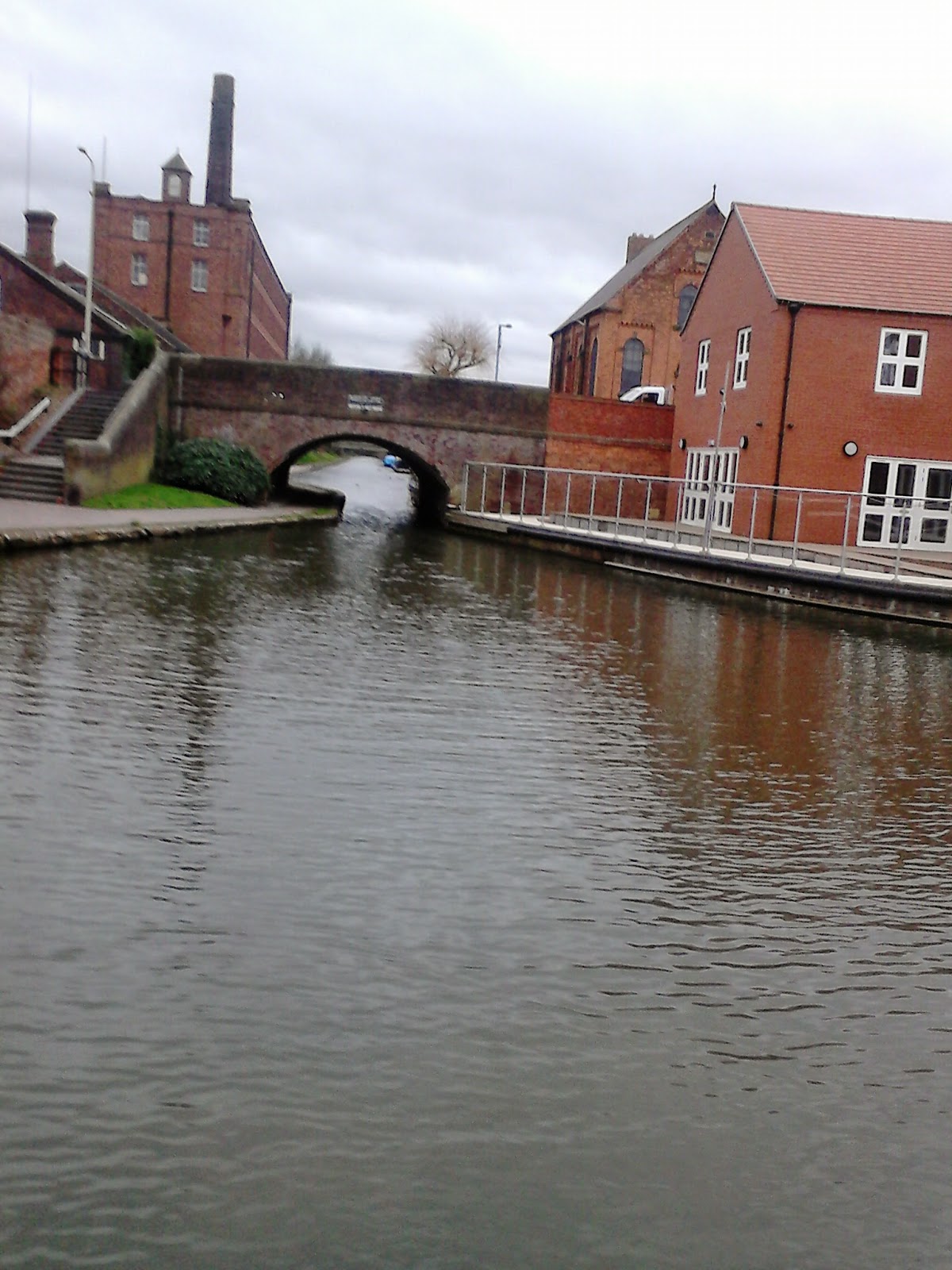 The signposts reminded us which way to go. 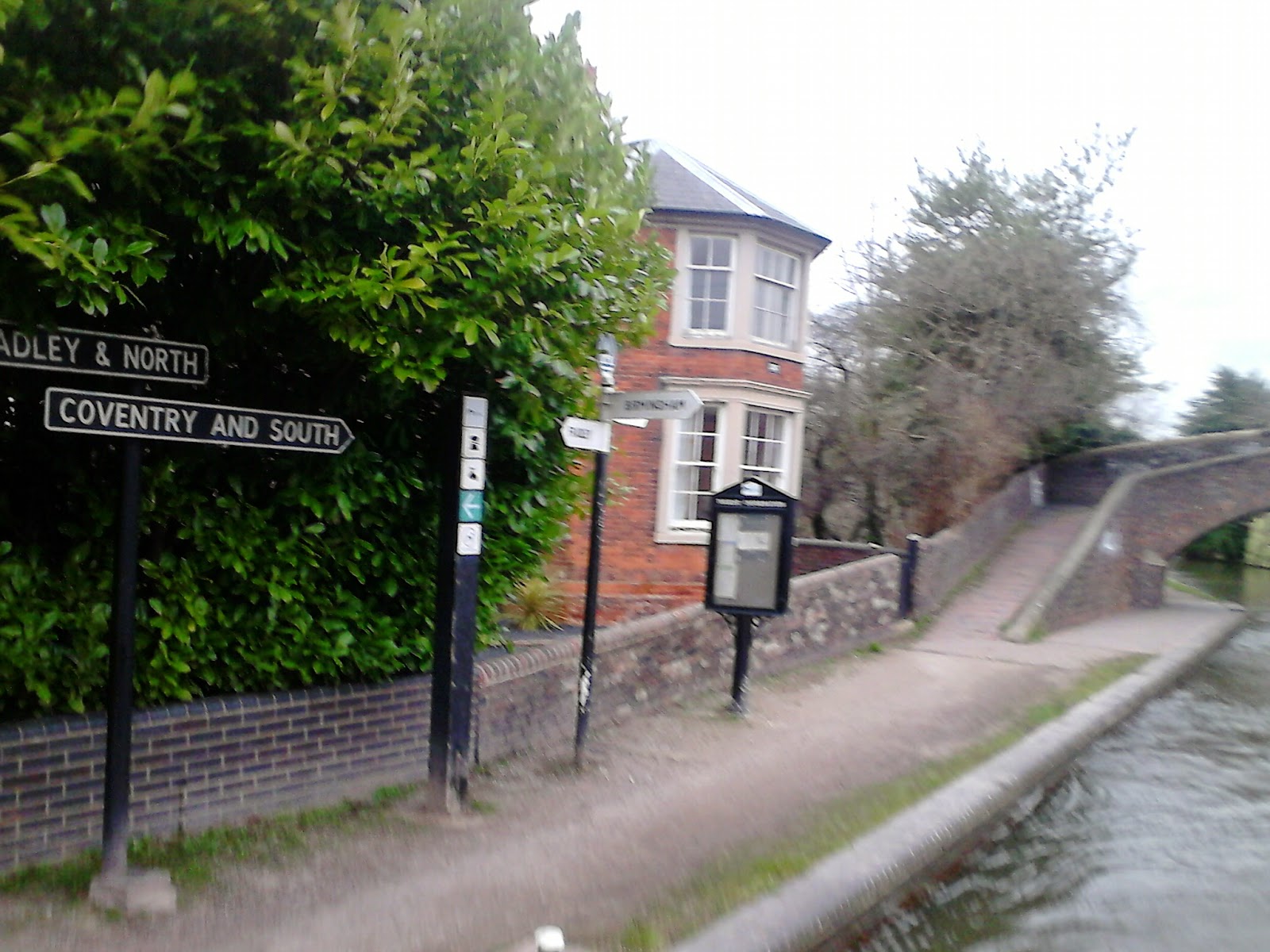 Looking back at the junction you can see the bridge we had just come through and rather good murals of a kingfisher and a robin on the warehouse wall. 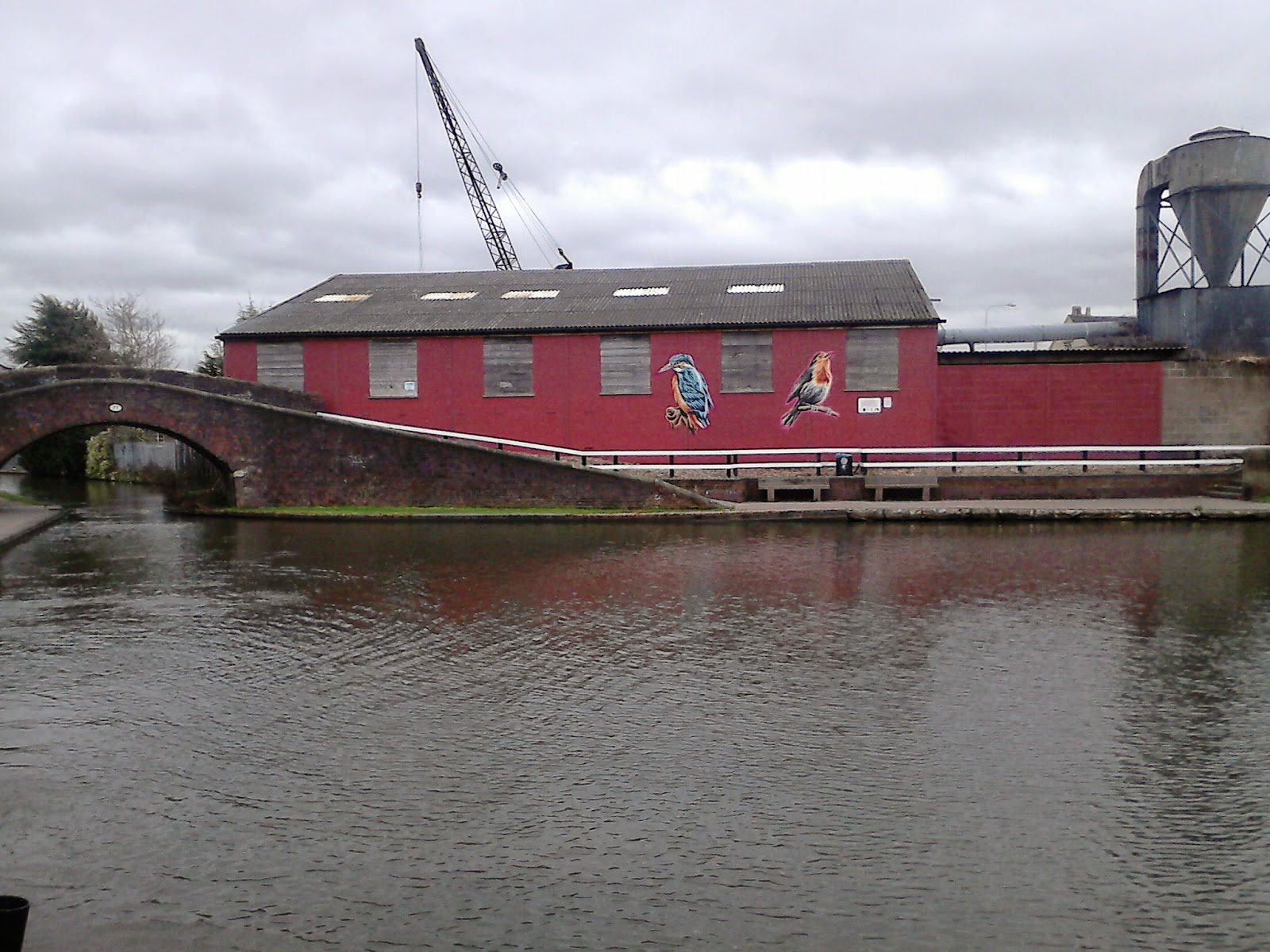 The immediate change we noticed on the Birmingham & Fazeley was that the bridges have their names on them rather than numbers.  All other canals we have been on the bridges are numbered and named but only have the numbers on the bridge plaques. 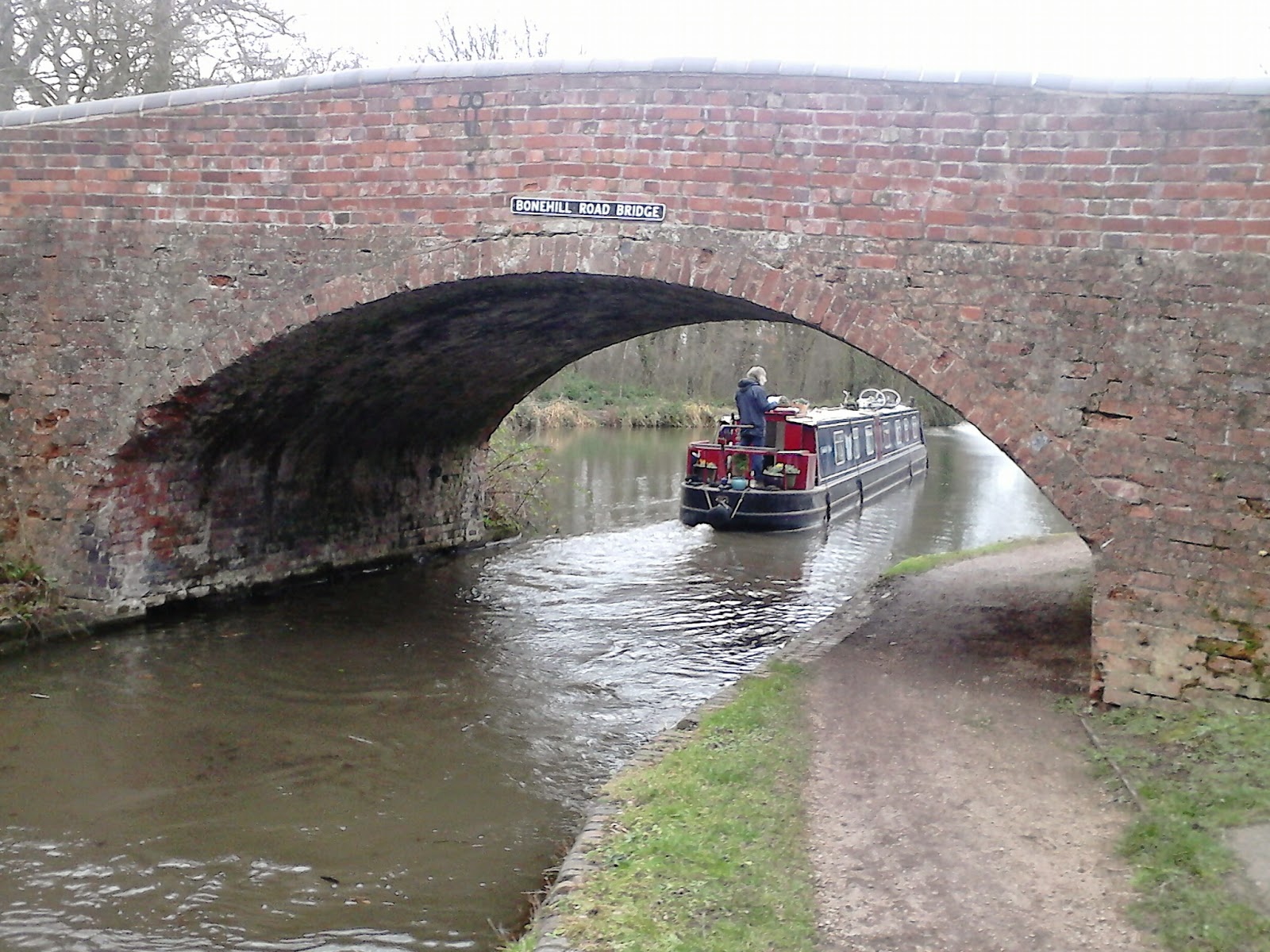 Another difference was that the stanking planks are stored in cubby holes in the bridges. 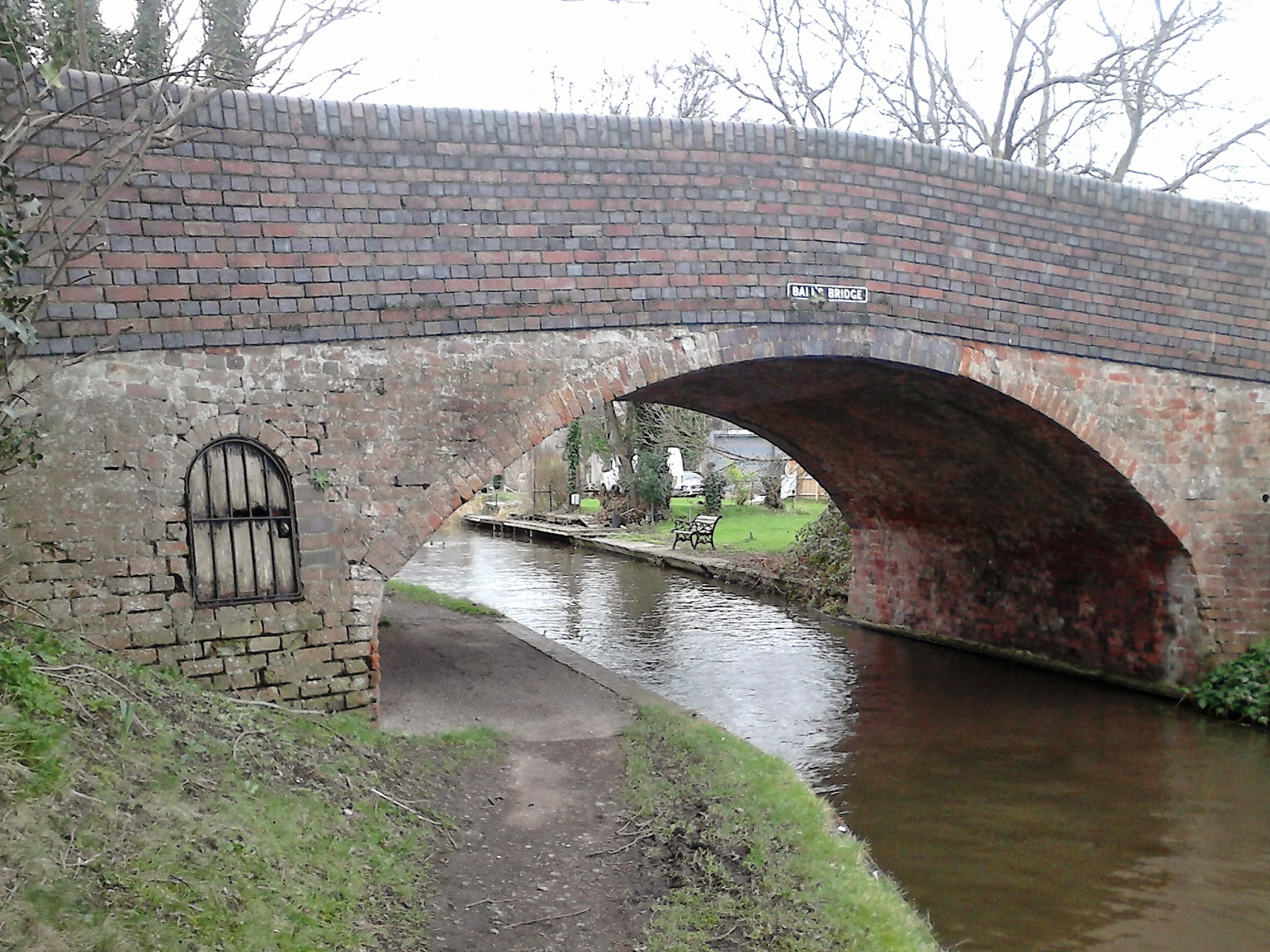 And we spotted a daffodil almost in boom. 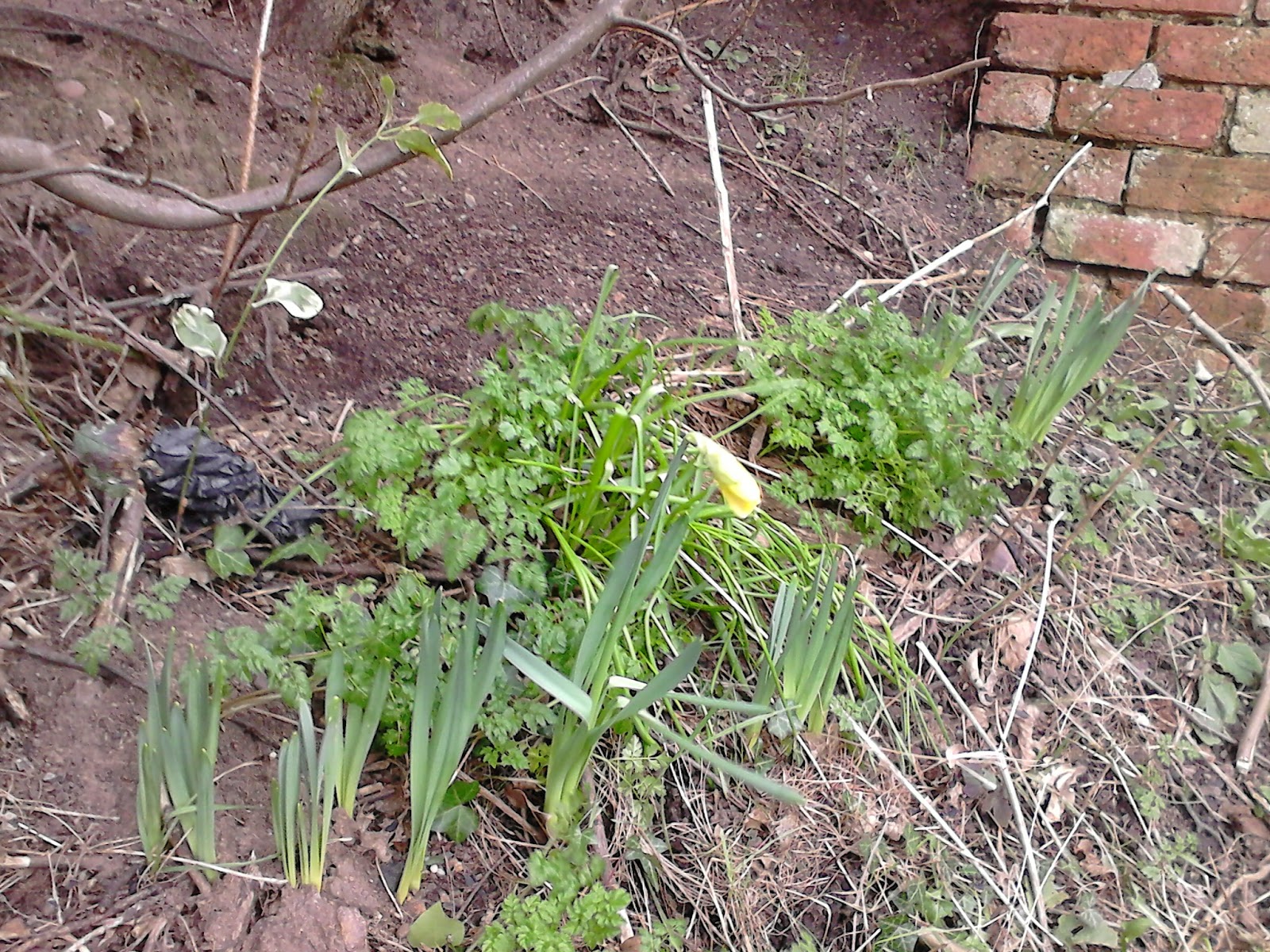 We went through some lovely villages such as Hopwas.  It was a real struggle and the boat was crabbing for the first couple of hours as the wind was so strong.  There is a section of just over a mile where mooring is not allowed as the canal runs through an army firing range; mind you it was quite pretty. 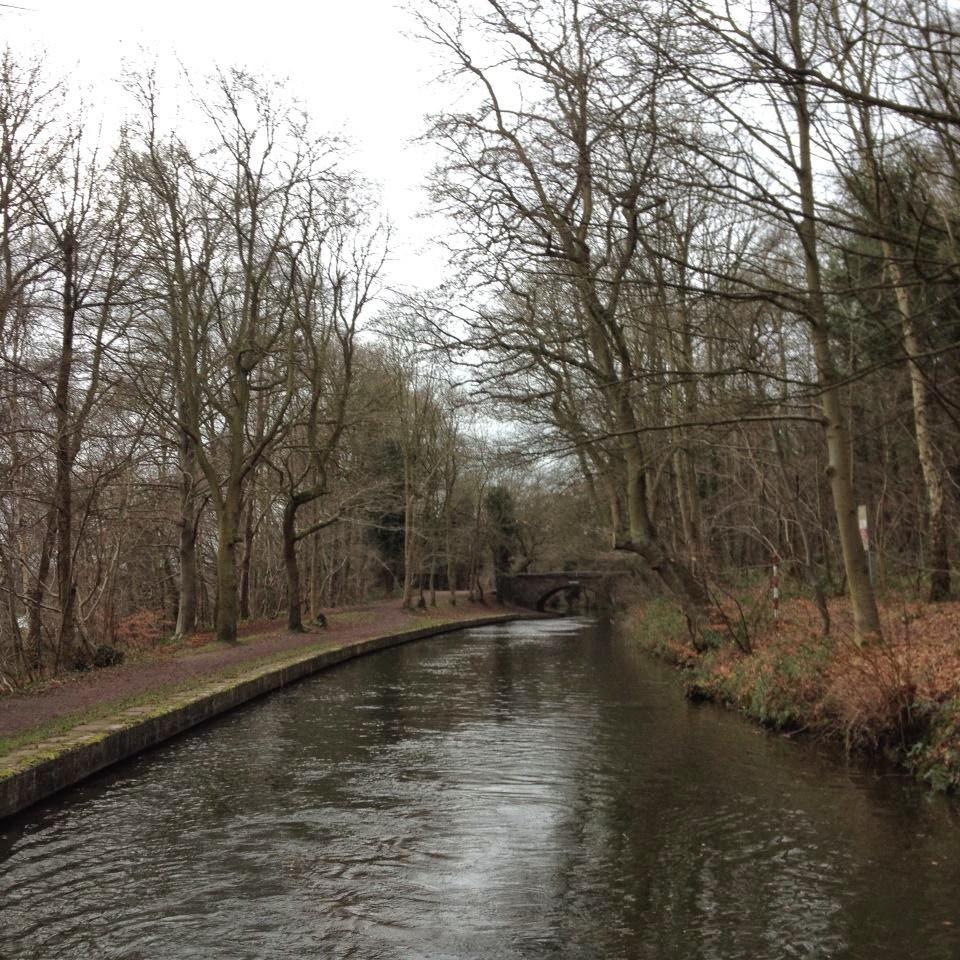 The rain held off except for about an hour in the middle of the day when we stopped at Streethay for diesel, gas and coal. 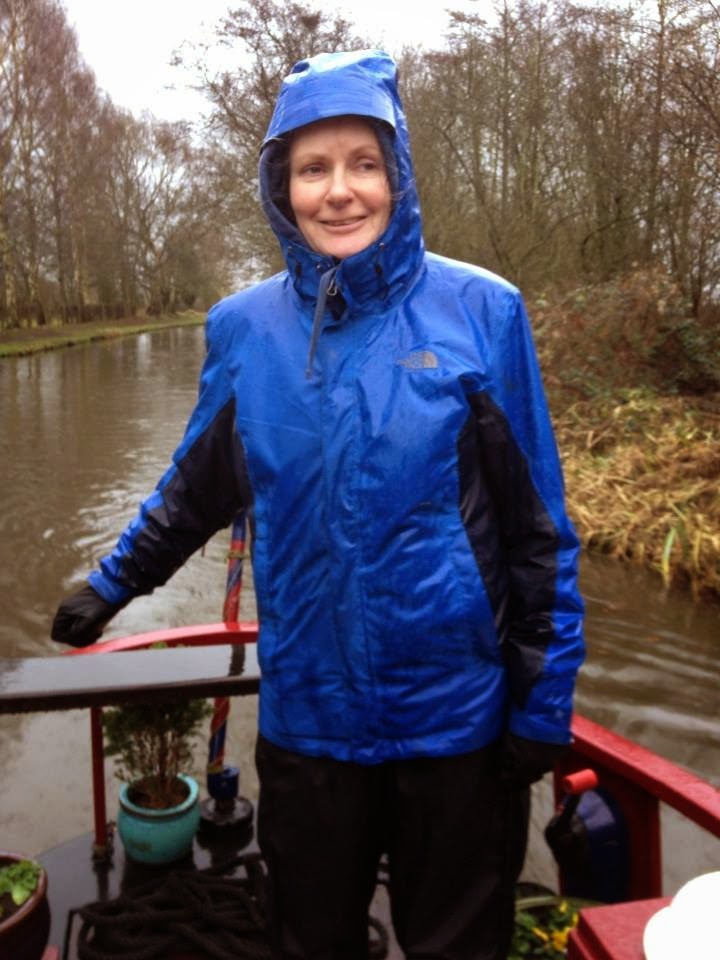 When going through Whittington the canal weirdly turns back into the Coventry canal for the last five miles until it joins the Trent & Mersey canal.  These stones and plaques show the point where the canal changes its name. 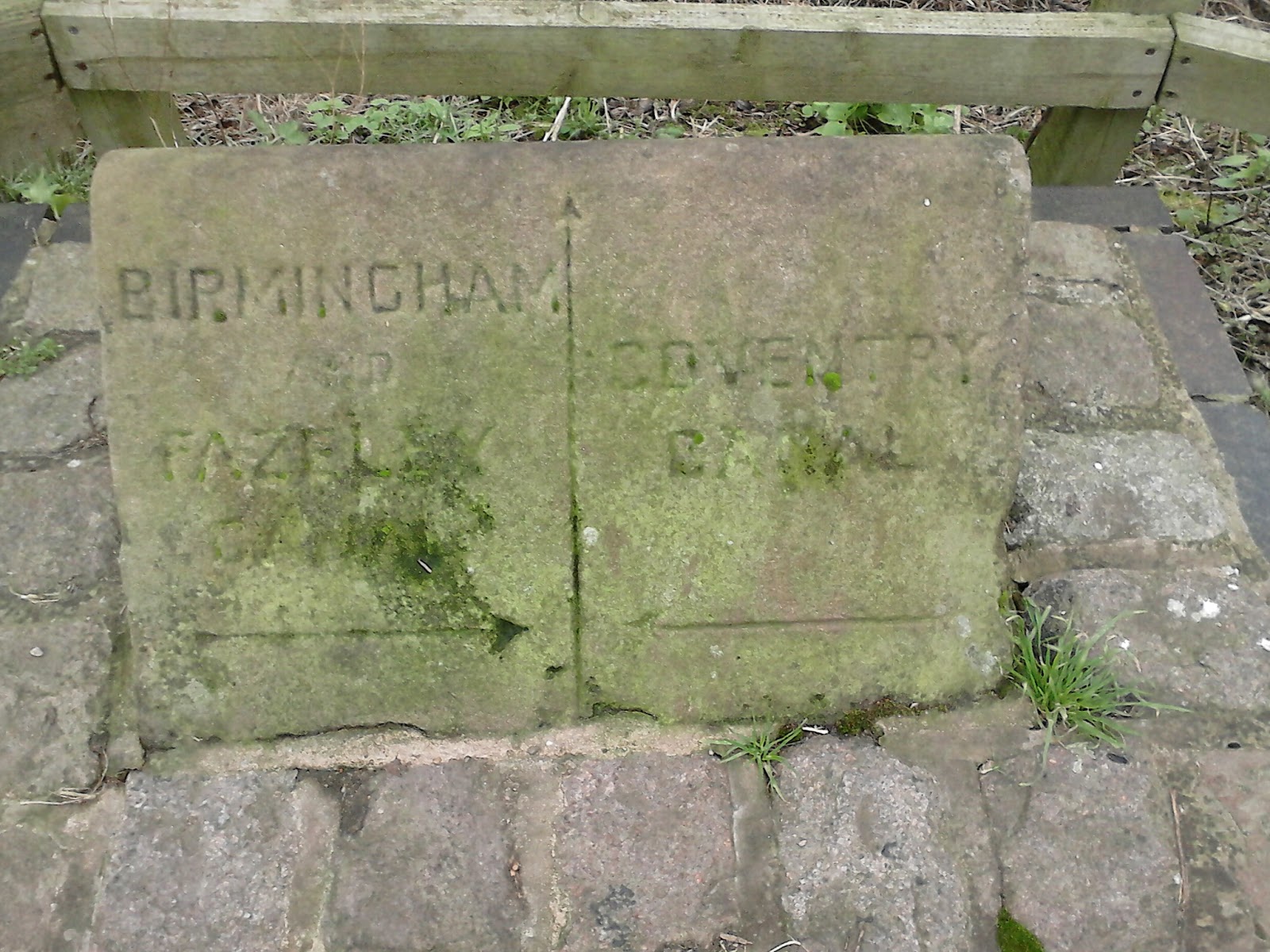 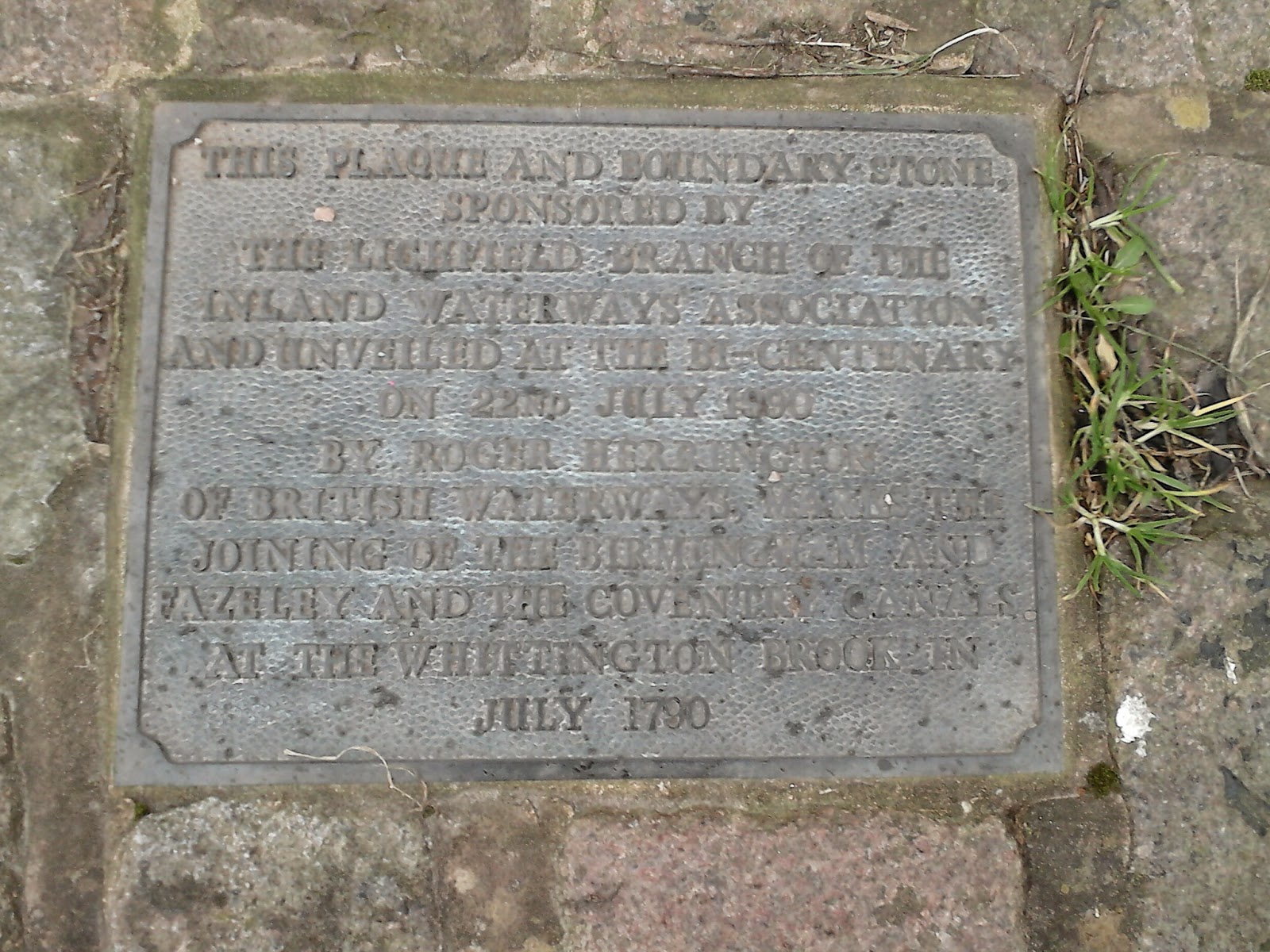 Karen was rather taken with these garden ornaments, including the shoes on the wall on the left, for some reason. 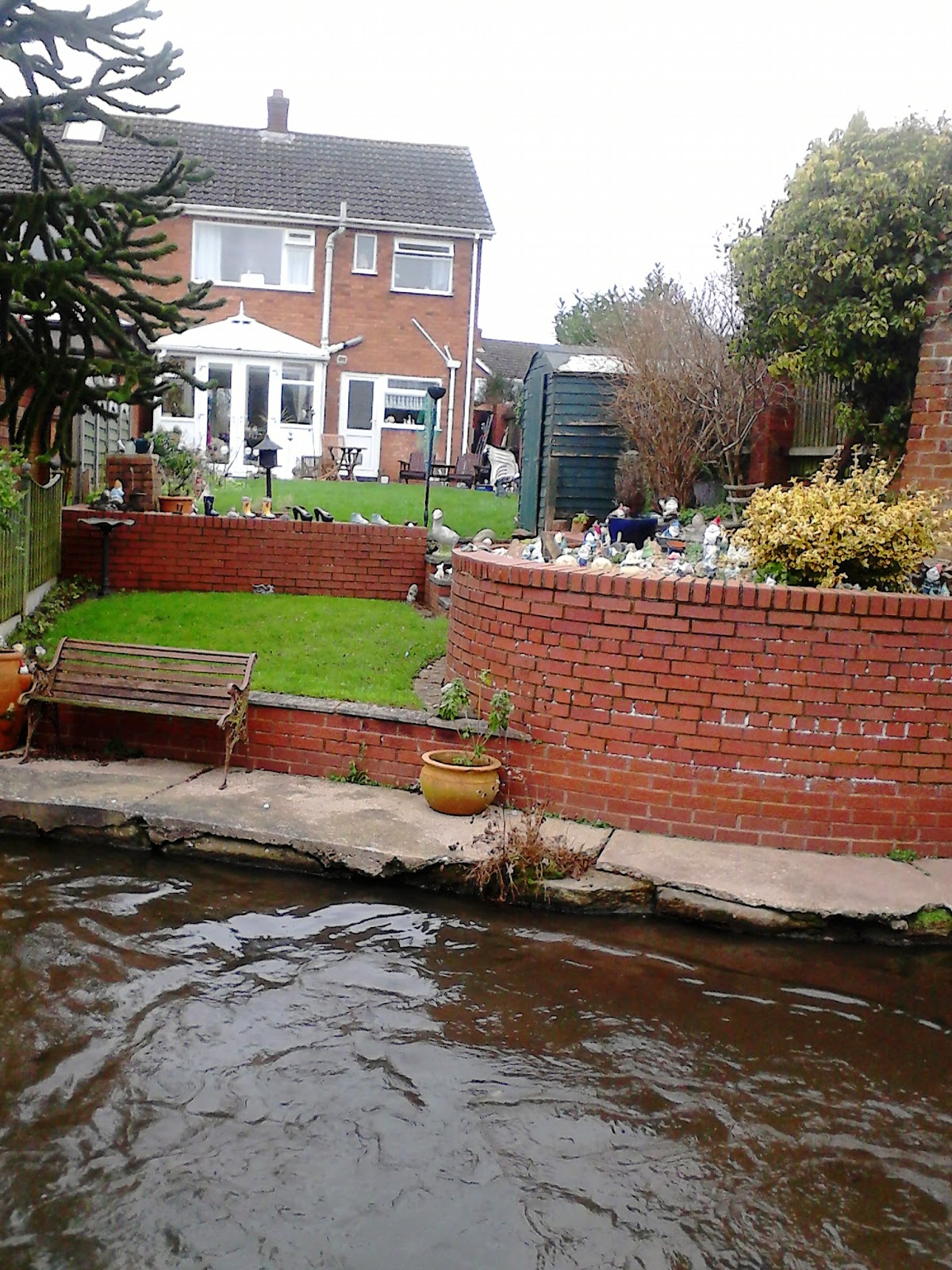 We passed yet another junction, this time with the eastern end of the Wyreley & Essington canal. 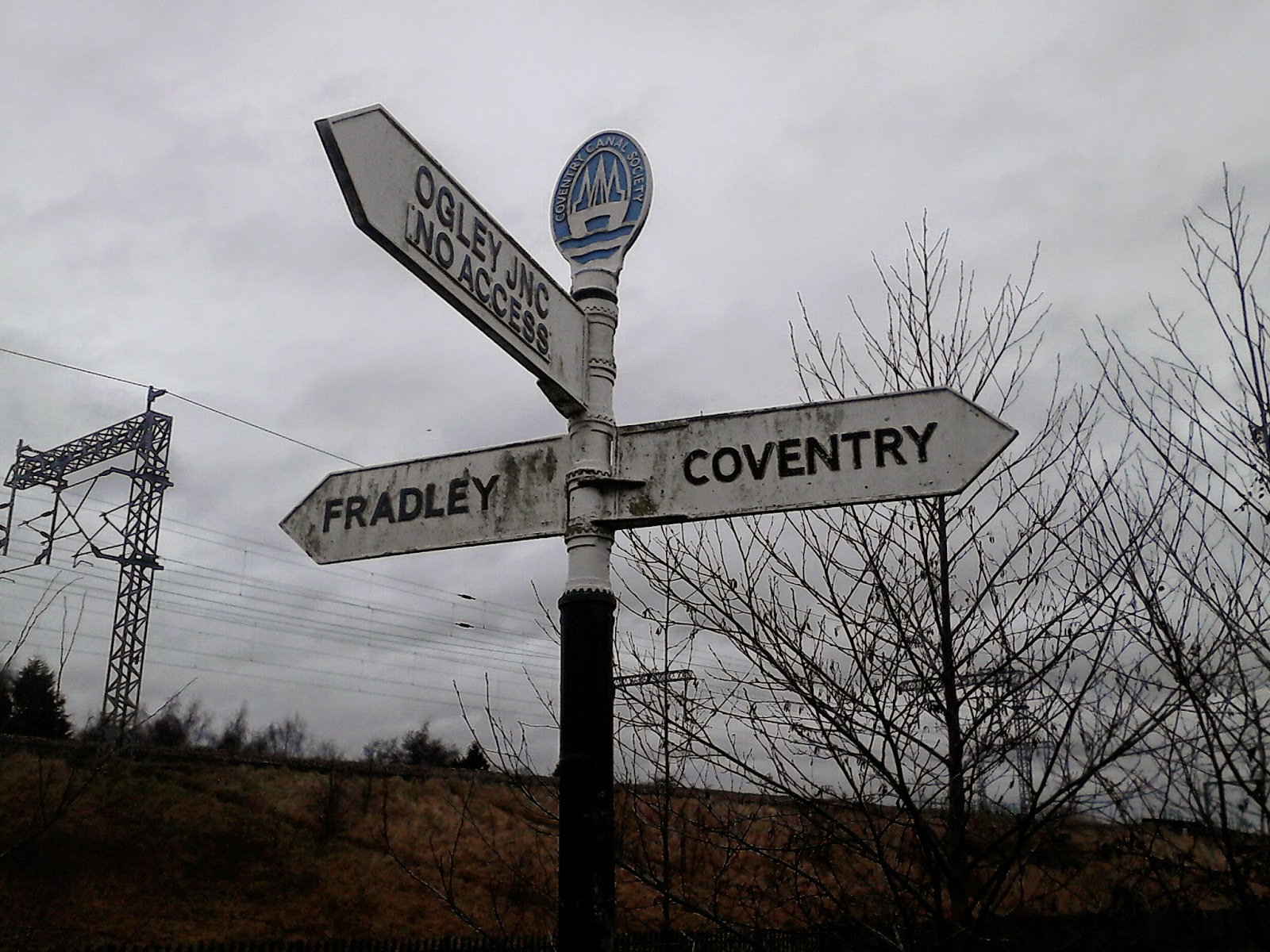 We reached Fradley junction and turned north east onto the Trent & Mersey canal.  Those names made us feel as if we were in the North!  This junction must be a real honey pot in the summer.  It was quiet today as the canal was closed towards the west for winter maintenance for a couple of months.

Here we are at the junction and entering our first lock of the day. 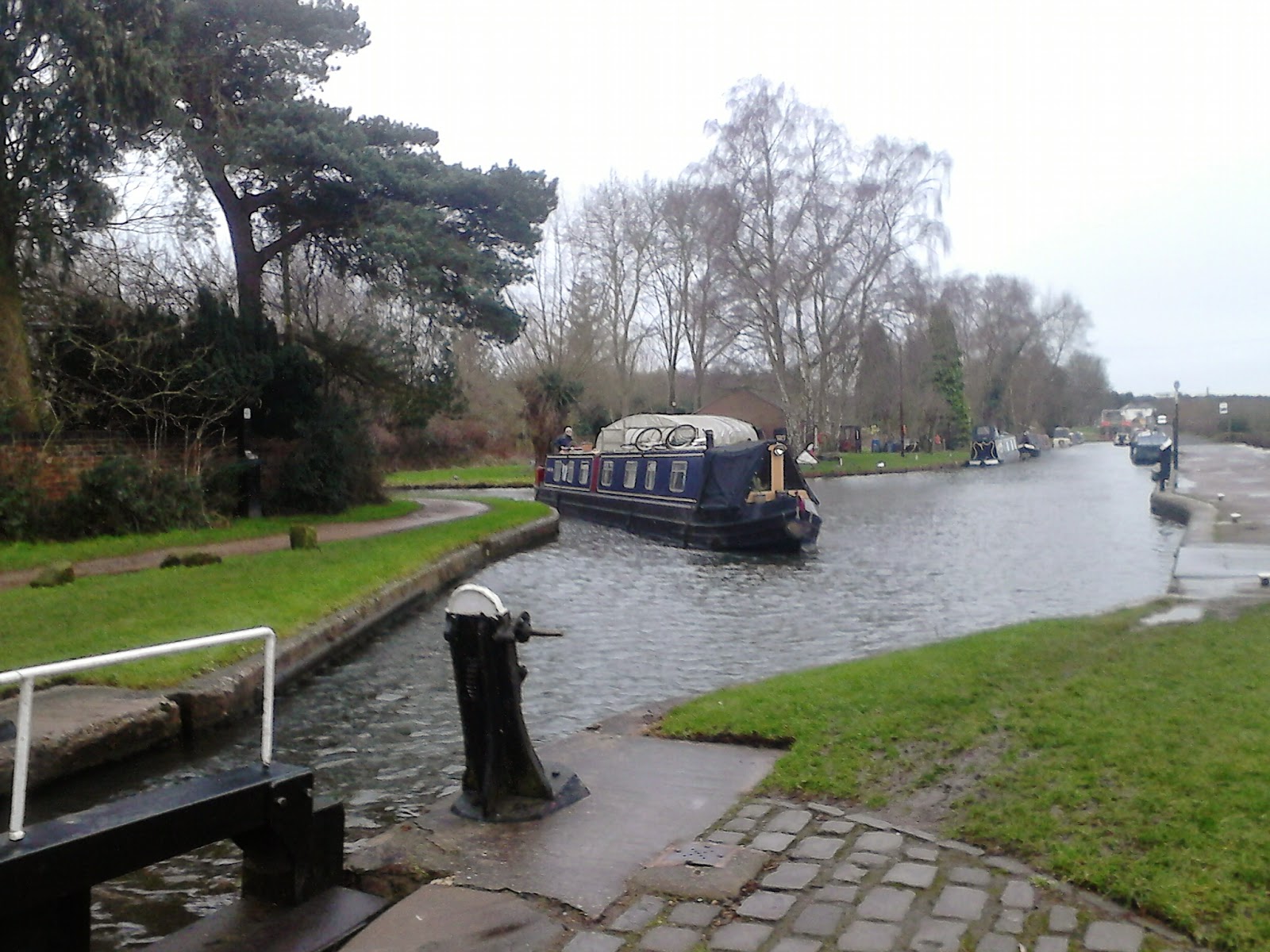 Here are a few shots of Fradley. We called this little bridge above the lock a “Buddy bridge”.  There was only just enough room for the bikes. 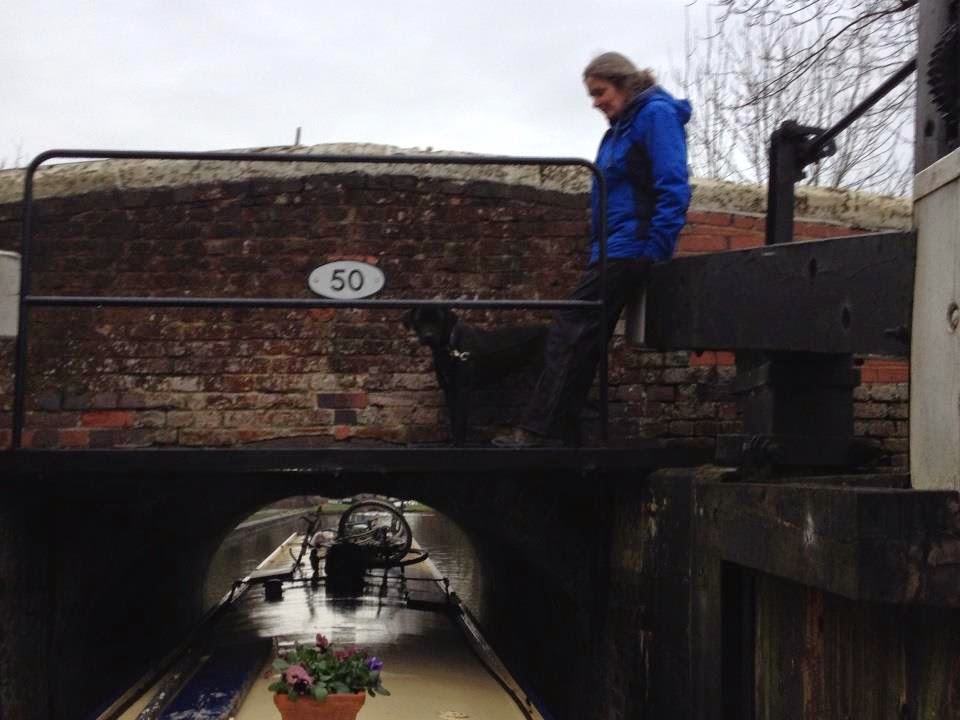 Karen (the lock expert) rather liked these 'bent' balance beams on the locks on this section of the Trent & Mersey. 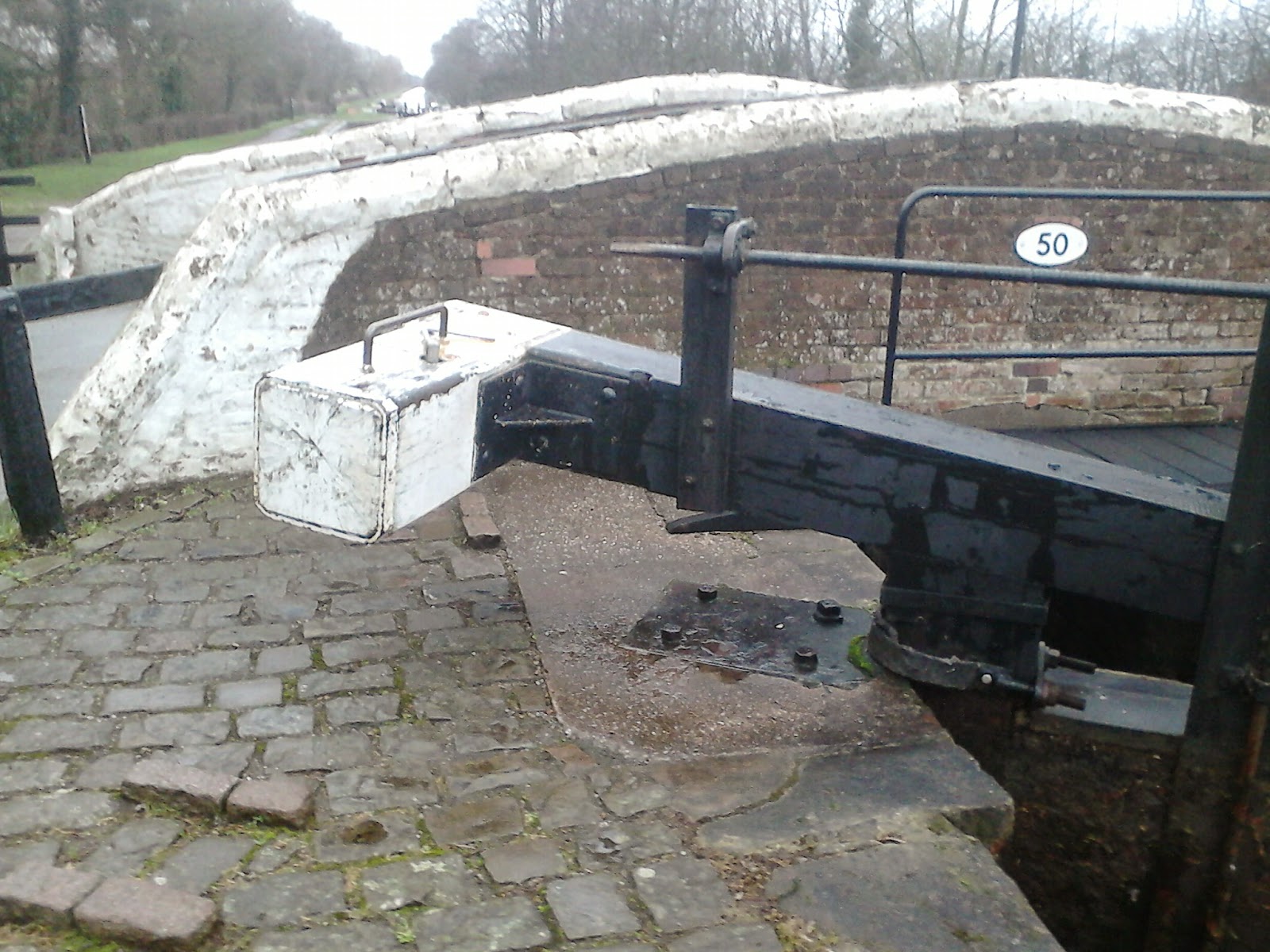 The beams also have these restraining poles to help keep the gates closed before the water is let in. 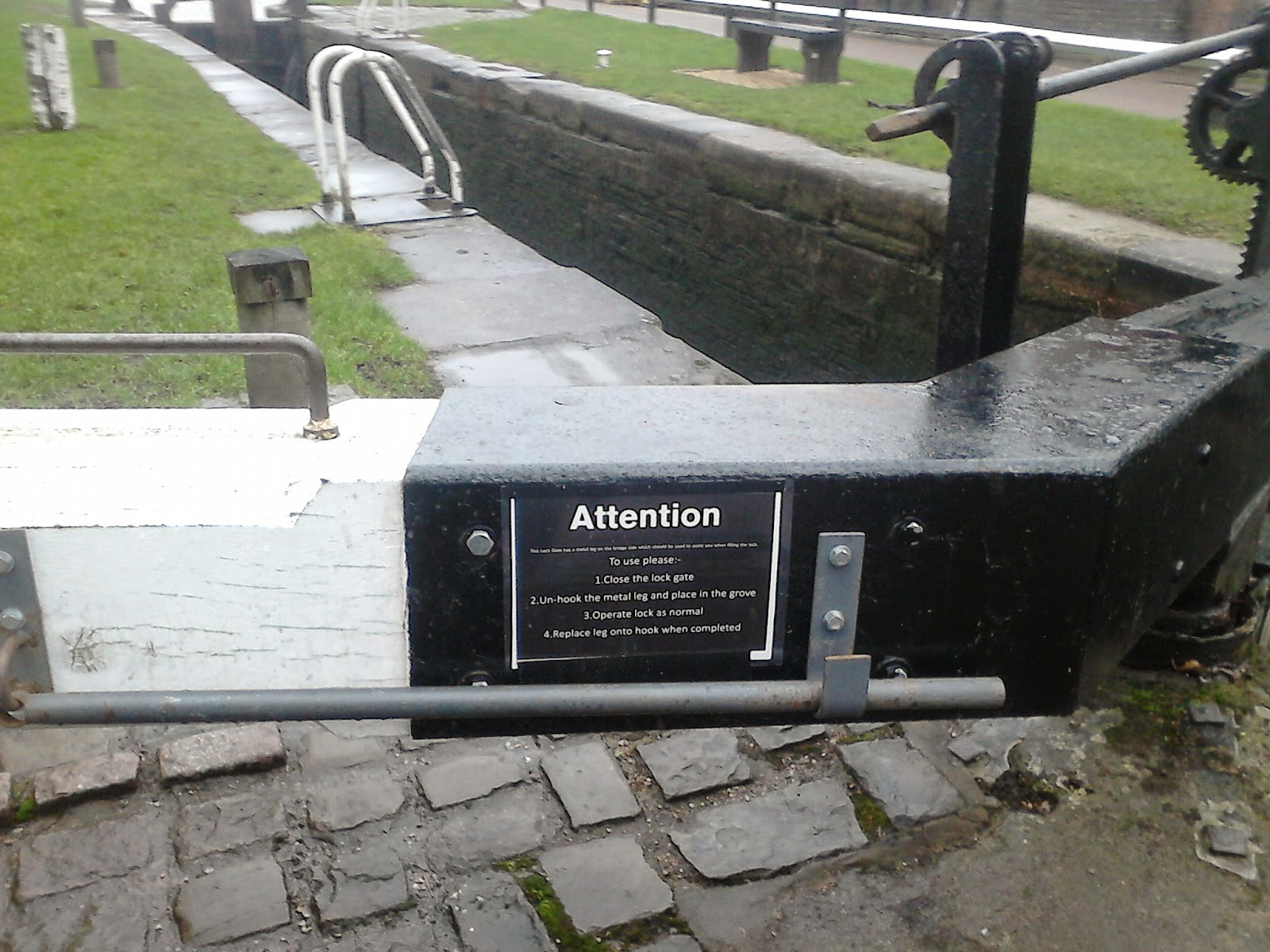 And here are the five locks we went through today.  We have moored in Alrewas, 32 miles and 16 locks from Nottingham.  Given the weather forecast it is touch and go whether we will make it for the weekend. 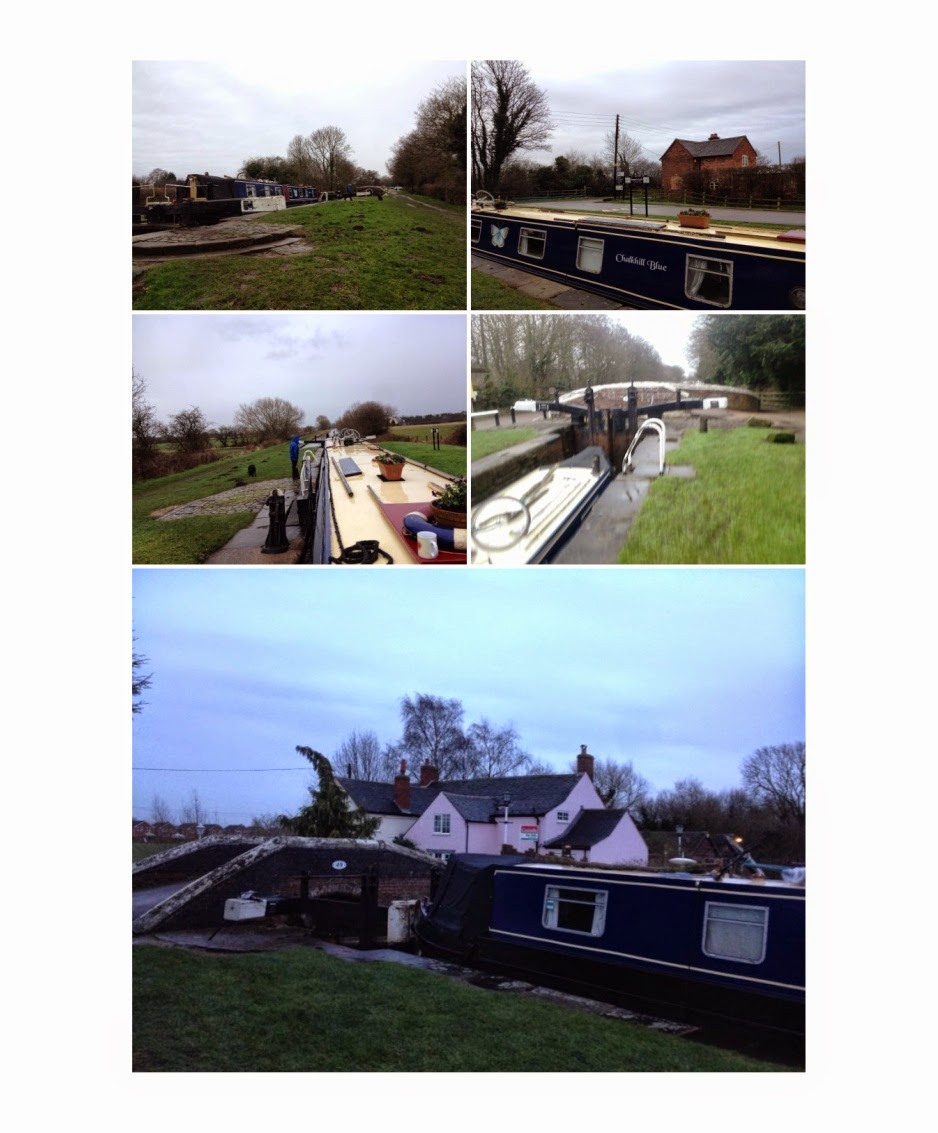