All so true, well, apart from number 9.


This made us smile when it was posted on the Narrowboat User Group on Facebook today. 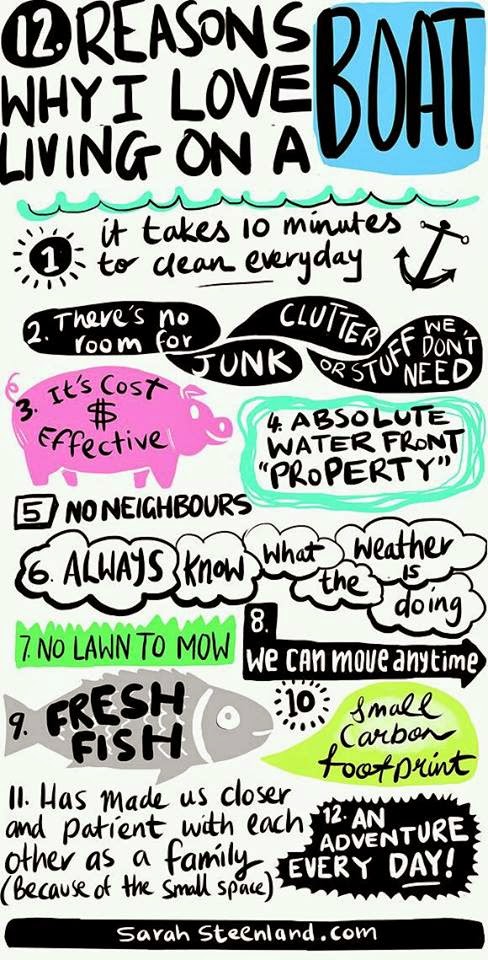 We feel that you can add:

After spending a week in Shardlow we set off west on Wednesday morning.  Thinking about it, we felt that it was a bit like having had a holiday as we hadn't moved for a week.  We were also a bit sad that we hadn't made it into Nottingham centre because of the high water levels.  But we consoled ourselves with the fact that we will probably come back in the summer.  Also we have decided to spend some time in the Birmingham area for a while; most of which will be new to us.

We filled up with water at  one of the boatyards in the “Inland port of Shardlow”. 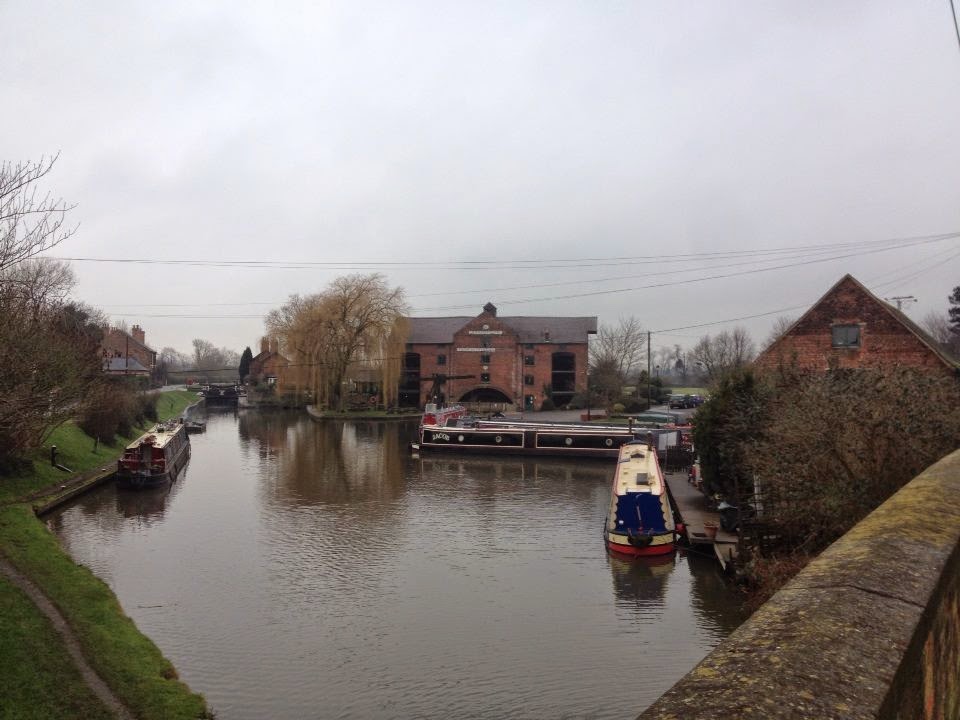 Whilst filling up with water, Karen took Buddy to the one shop in Shardlow to get a couple of things including apples as apple cake is the next cake on the agenda. The shop is a tiny post office selling a few provisions; all a bit strange as Shardlow supports six pubs plus a bar in a marina.   I stood on the bridge above the boatyard whilst waiting for the water tank to fill to take the picture above.  Looking at all the moored boats that have people living on them I realised that we much prefer to be continuously cruising rather than permanently moored.

We stopped for lunch in the middle of green fields and bulrushes. 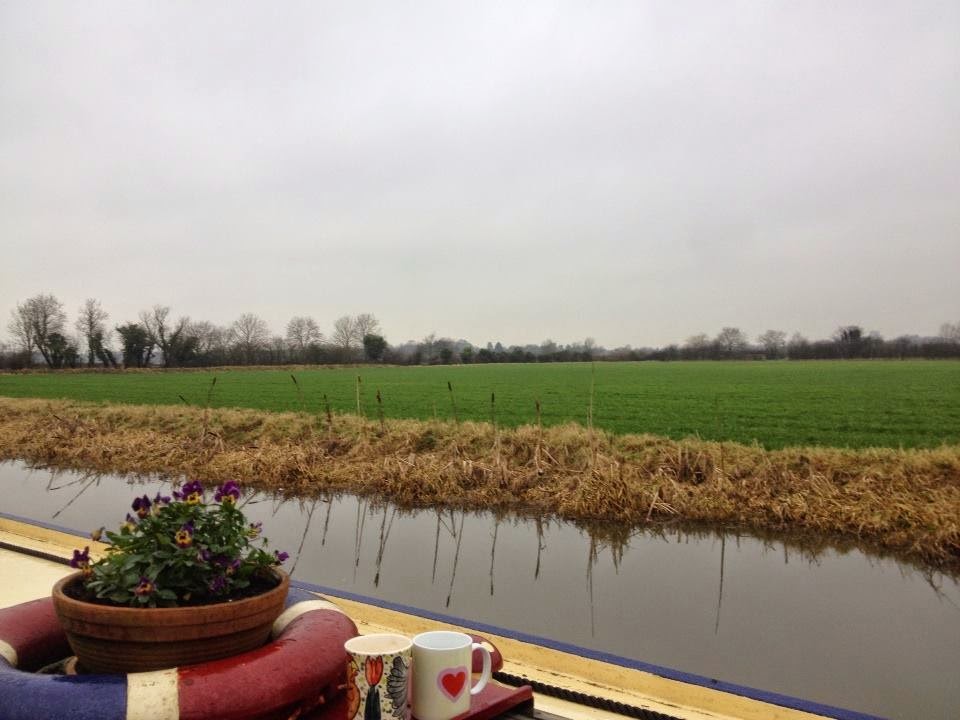 After lunch we walked into Aston on Trent across some very muddy fields.  As it started raining hard and we weren’t really prepared for it we just walked back to the boat rather than continue the seven mile figure of eight route we had planned.  The muddy fields were a laugh as it was like walking with weights on – trouble is you can’t really see it in these pictures of Buddy and me. 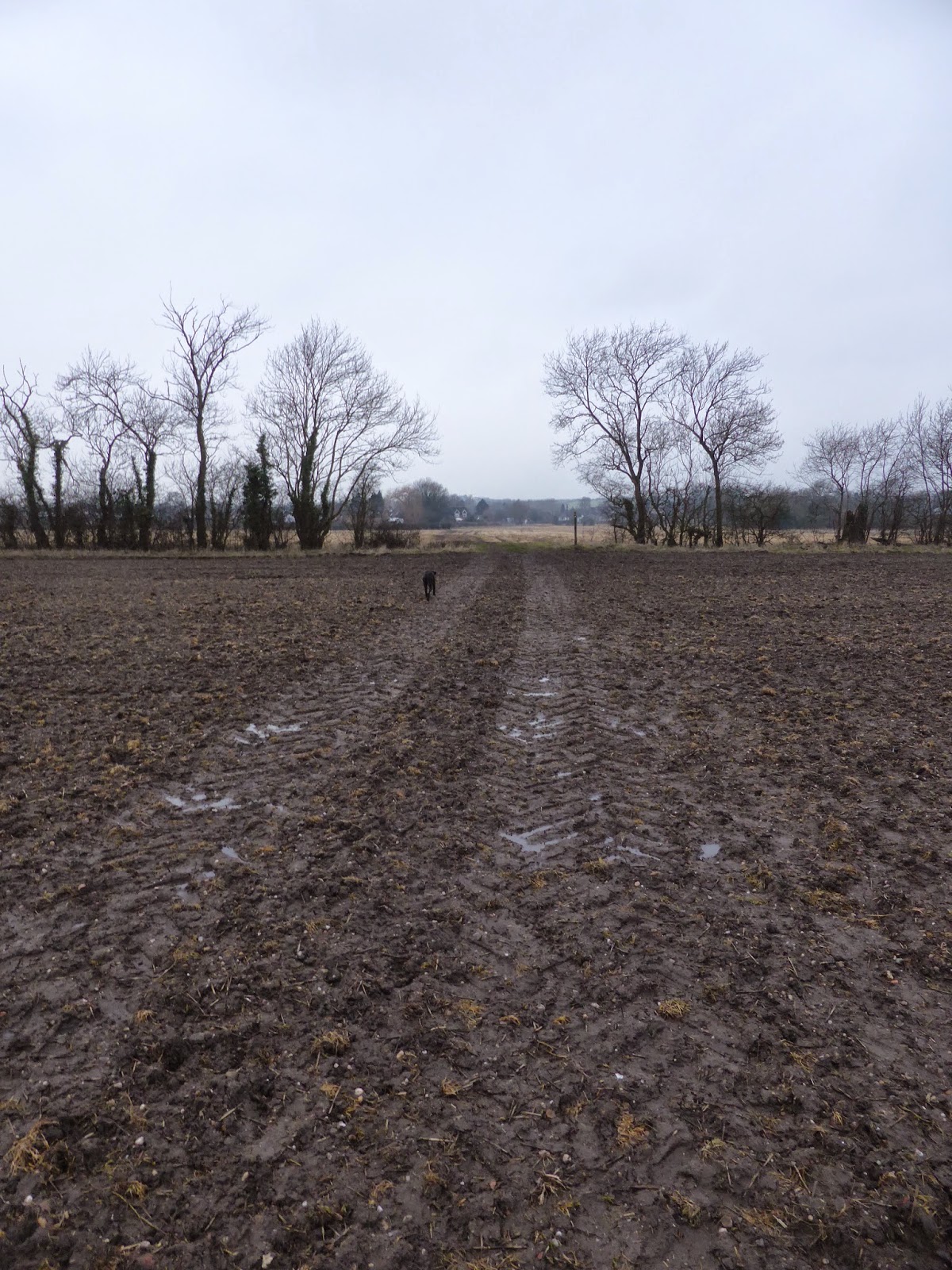 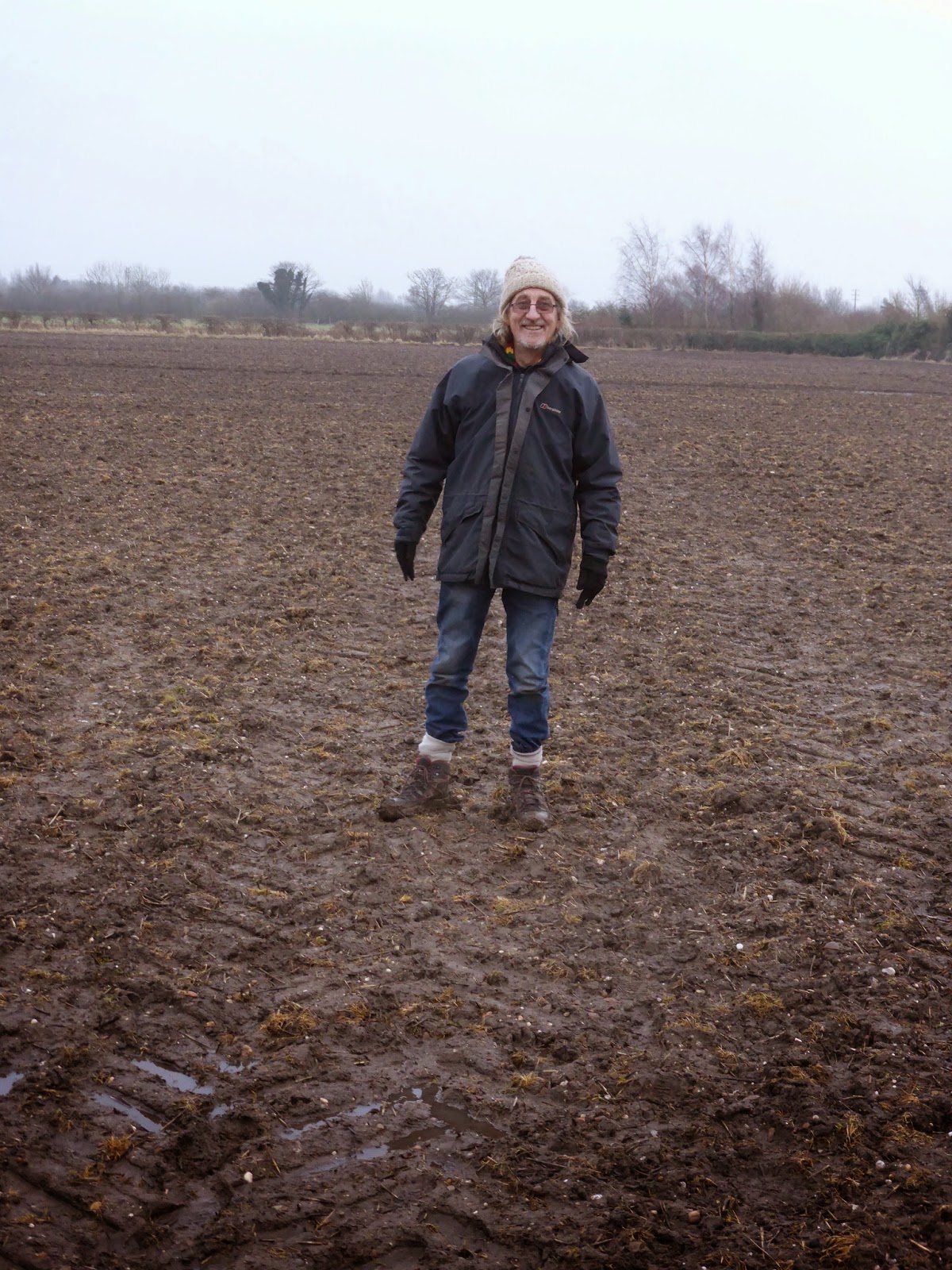 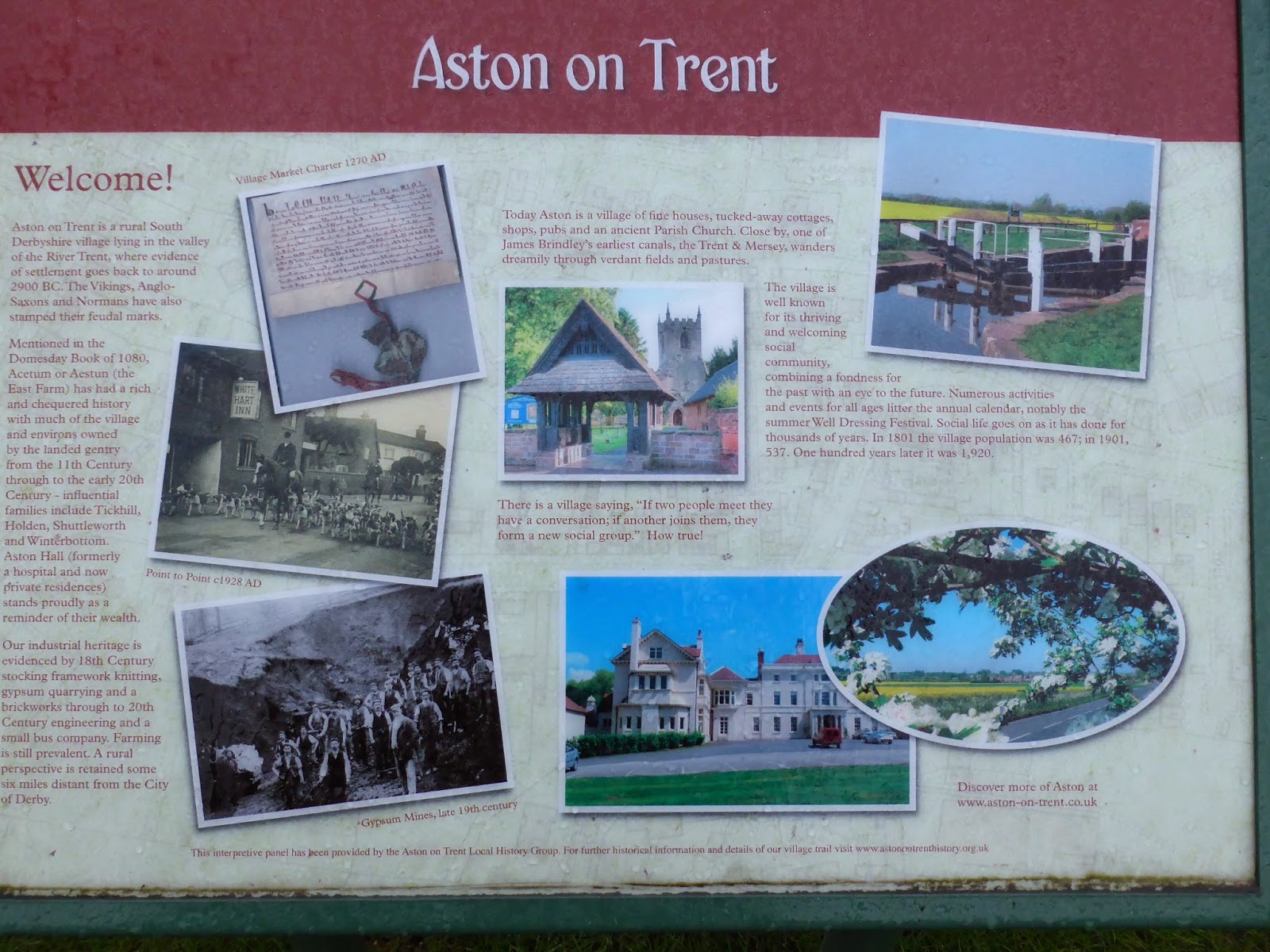 When Buddy is in the boat he spends all his time trying to get as close to the stove as possible.  The only exception is when we come back from an afternoon walk when he will just stand staring at his food bowl.  He will start this at four o’clock even though he doesn’t get fed until six.  Must admit though that we have started feeding him half an hour earlier now.

One of the locks at Fradley Junction is closed until 8th February blocking our route to Birmingham.  This is why we are only cruising a mile or so a day at present.  This is the lock being worked on with stanking planks in place and the lock gates removed. 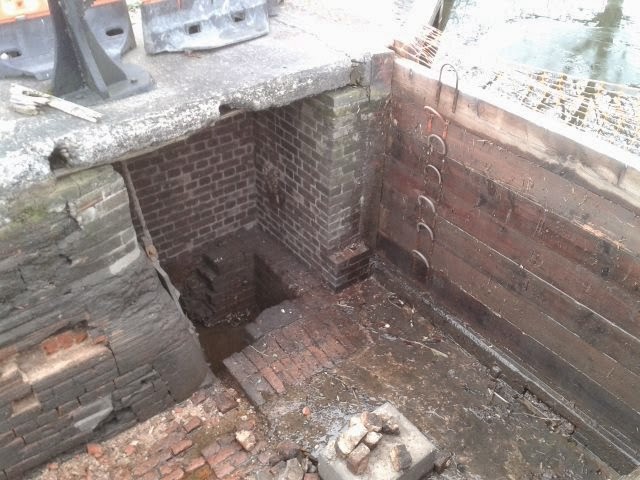 Aaaah.  The smell of baking apple cake has now been replaced by the smell of fresh lasagna - I do love my Karen.