The northern end of the Erewash


Our plan for Monday was to get  to the end of the Erewash canal which is at the Great Northern Basin in Langley Mill.  This is where the Nottingham canal used to go off to Nottingham and also the start of the Cromford canal.  The restoration people are hopeful of getting the full length of the Cromford restored in the future.

Karen dropped her anti-vandal key at the first lock.  To be fair the anti-vandal devices on this canal are strangely situated right over the water so easy to drop them in.  Anyway a few dips with my trusty magnet soon recovered it. 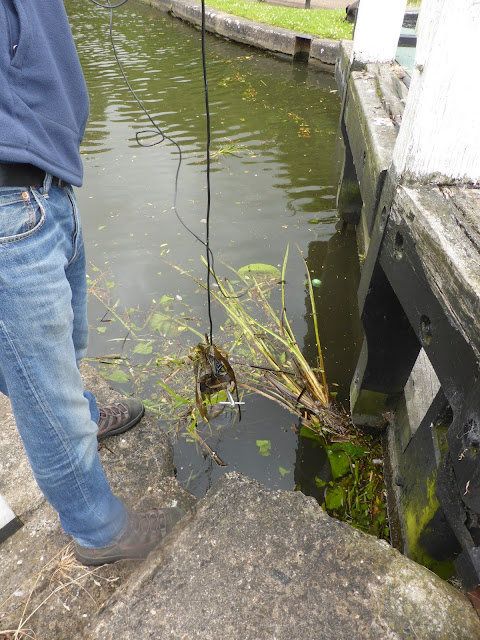 Soon after leaving Sandiacre we went under the M1 near Trowell services. 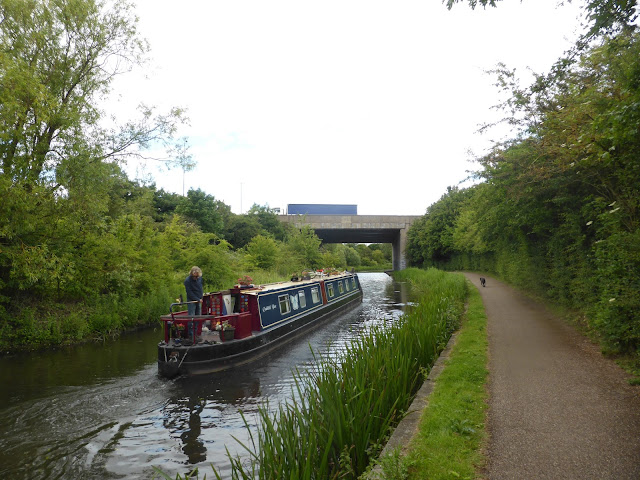 At Shipley lock are two restored and inhabited canal buildings – one was a stable and the other a slaughterhouse for old canal horses. 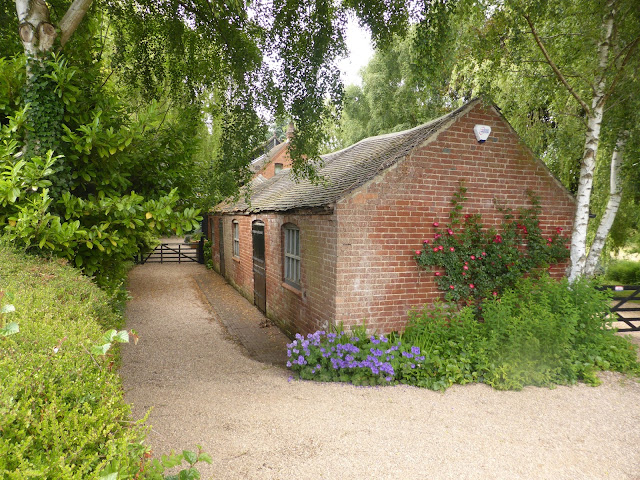 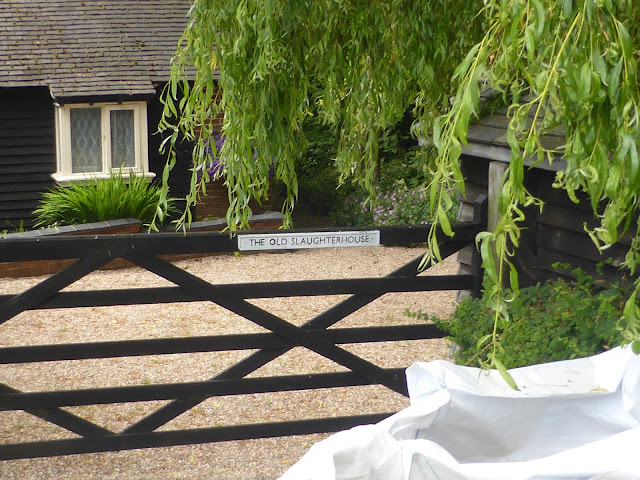 We went over the River Erewash at one point – this river valley gave its name to the canal. 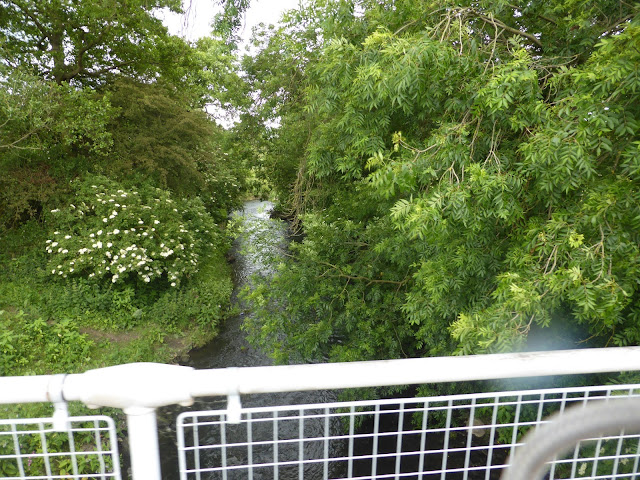 These signs welcome you as you enter the final lock which is actually the first lock on the Cromford canal. 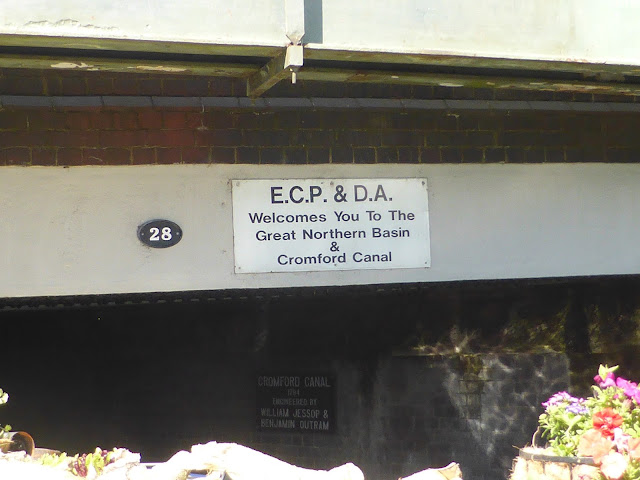 When we came out of the final lock we moored for the day just where the swan is on the left.  The Cromford canal continued straight on and the branch on the right is the start of the Nottingham canal – sadly disused.  When we leave we will have to turn the boat round here so technically will have been on the Cromford and Nottingham canals as well  as the Erewash. 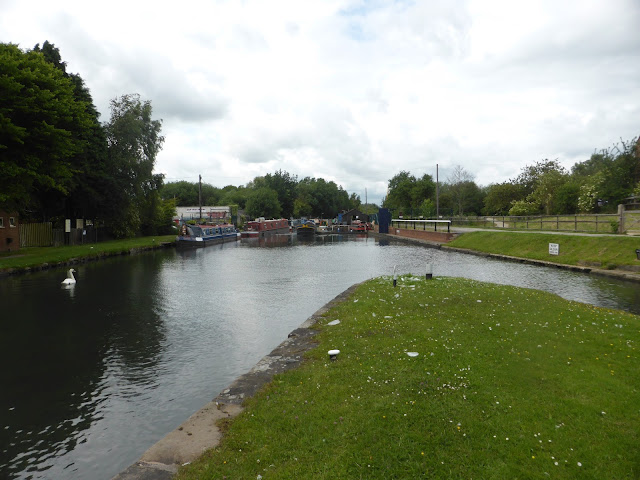 There was a common spotted orchid growing on the tow path where we were moored. 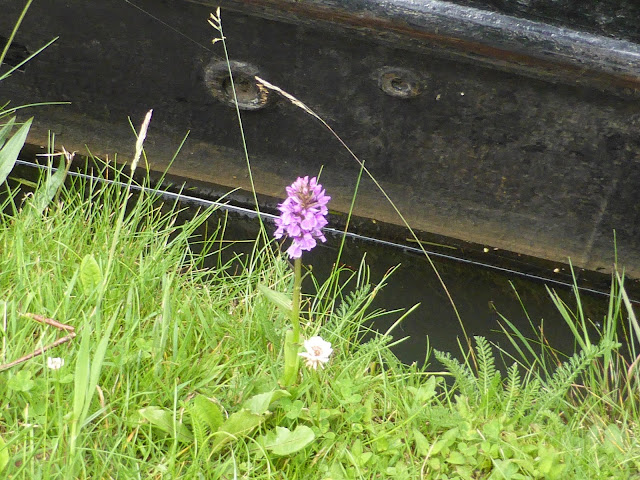 We had our own stanking plank store outside our dining room window.  We had not seen any stanking planks on the whole canal but plenty of slots in the bridge holes.  Maybe they are all of a standard width on this canal so these can be used in any bridge hole.  Note that the thicknesses vary. 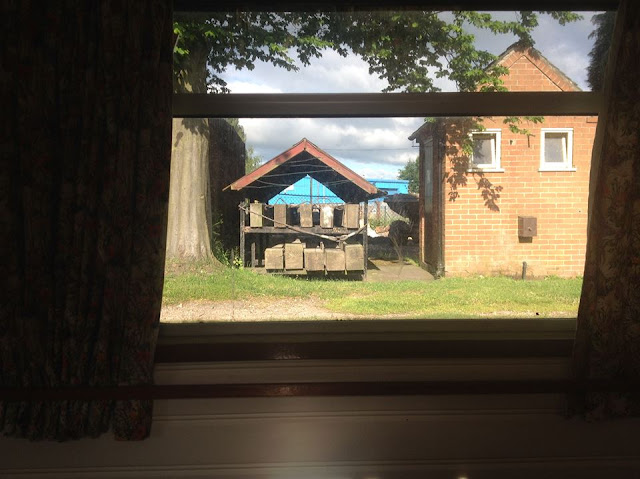 The canal society have made a good job of restoring the basin and the buildings around it – especially considering it had been filled in and turned into a car park.  This is the toll house at the start of the Nottingham canal. 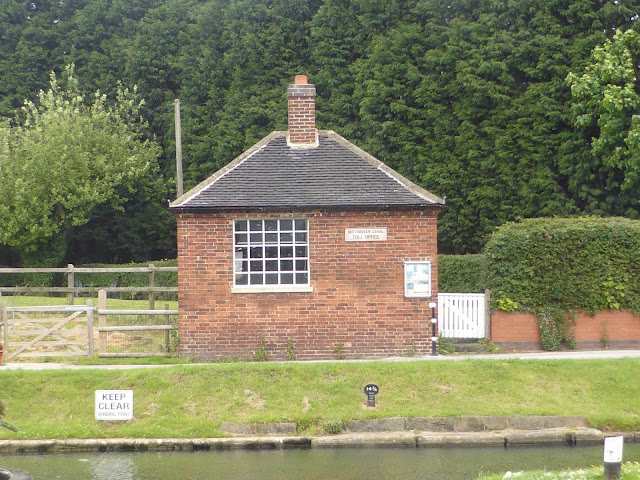 Once we moored up we stayed in for the rest of the day – we felt shattered and can only assume it was the wind that tired us out.  We only passed two boats all day which is just as well because it was so windy.  Here are the 11 locks we went up today. 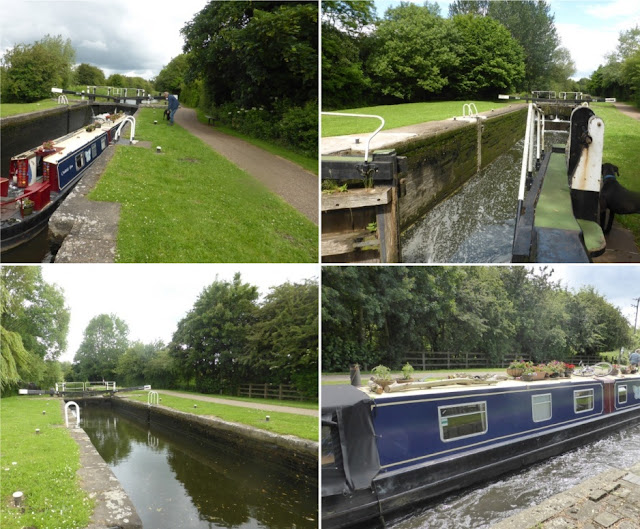 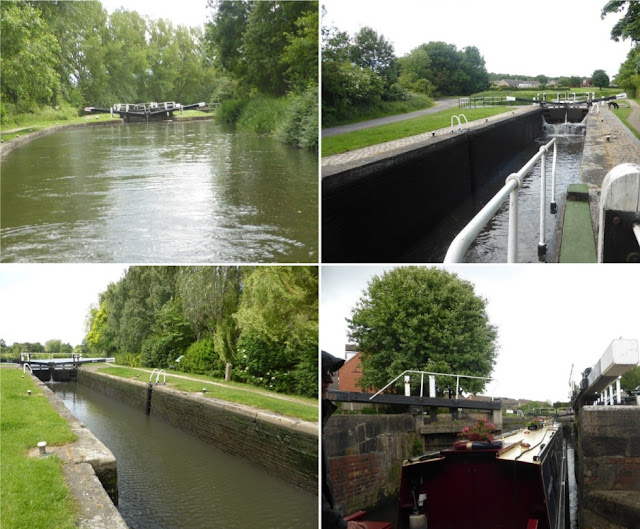 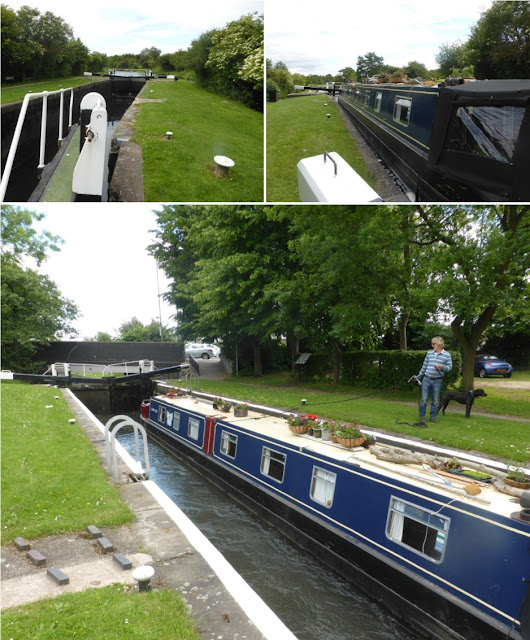