Onto the Beeston canal


We had moored overnight on Wednesday at the end of the Erewash canal where it joins the River Trent.  We had moored next to a guy who makes and sells fenders.  As we needed to replace the bow fender we bought one and fitted it whilst taking on water. 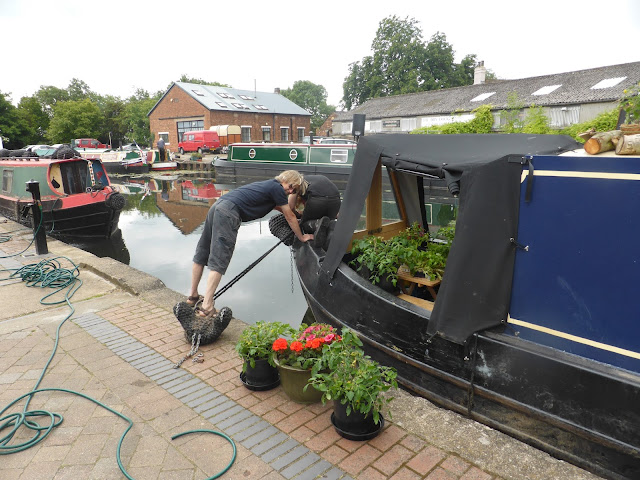 Our task for the morning was to move onto the water point, take everything off the roof and wash the boat down - it’s always a fun job as we get soaked 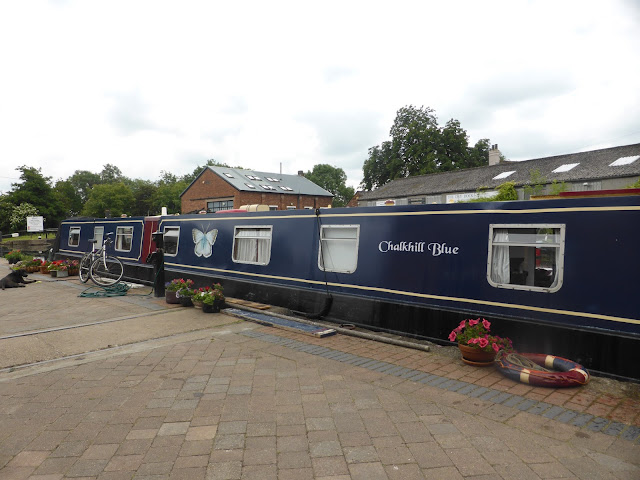 As we were going to be cruising down the Trent later when Buddy would stay on the boat we went for a walk before lunch.  At one spot were dozens of damsel flies – These males were obviously confused and trying to mate. 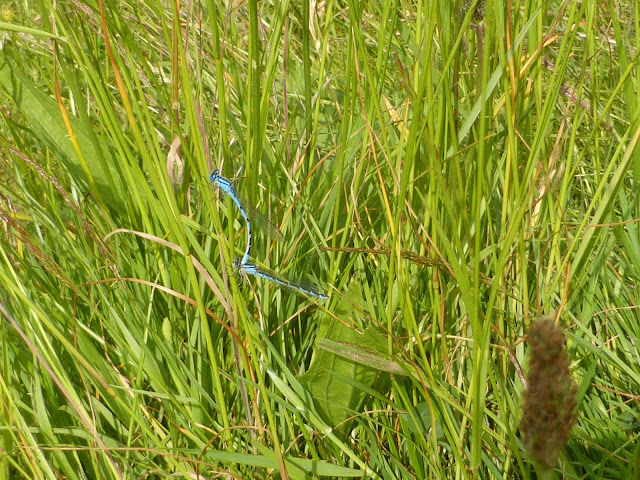 A heron was fishing between the houseboats opposite our mooring. 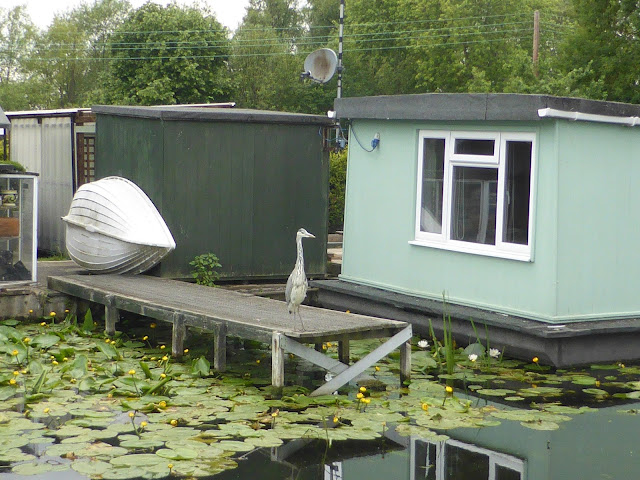 After lunch we set off down the final lock on the Erewash and turned left at the five-way junction onto the river. 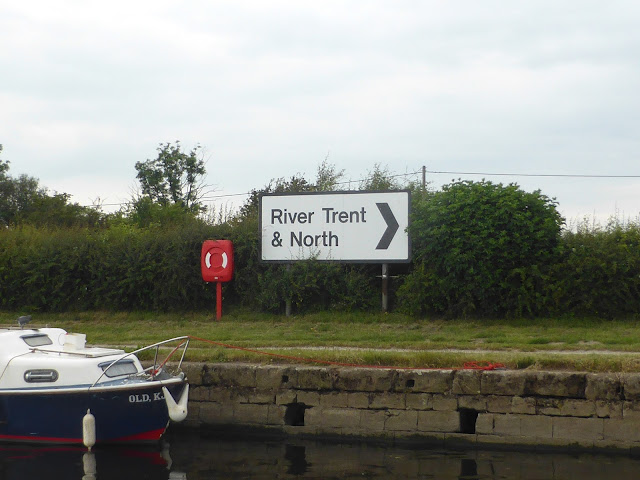 At Cranfleet we went through a flood lock which was open as we have not had a lot of rain recently. 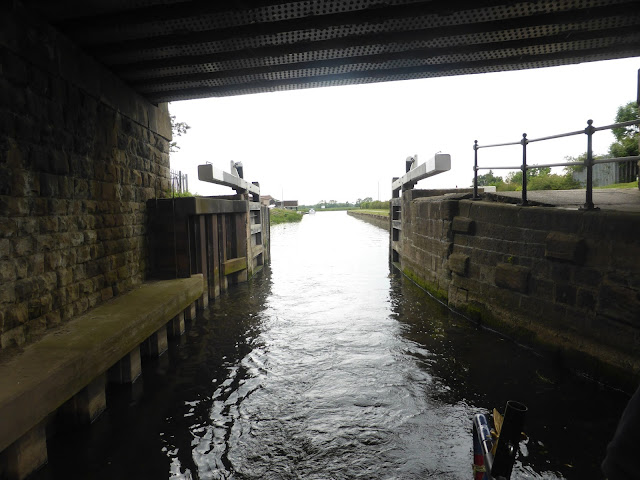 This is the closest we have seen to a “Neil” boat. 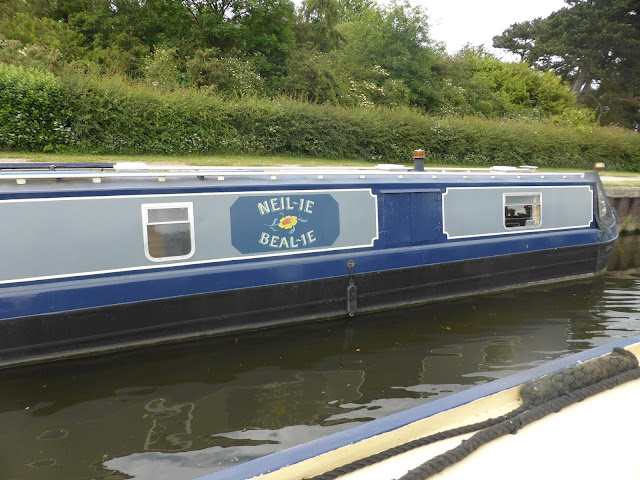 In Cranfleet we left the river for a mile and went down the Cranfleet cut.  At the end was the Cranfleet lock which dropped us back onto the river.  We shared the lock with another boat – we hadn’t shared a lock on any of the 30 locks on the Erewash so it was a pleasant change.  Unfortunately they seemed to be a bit tense with each other so  we didn’t talk much. 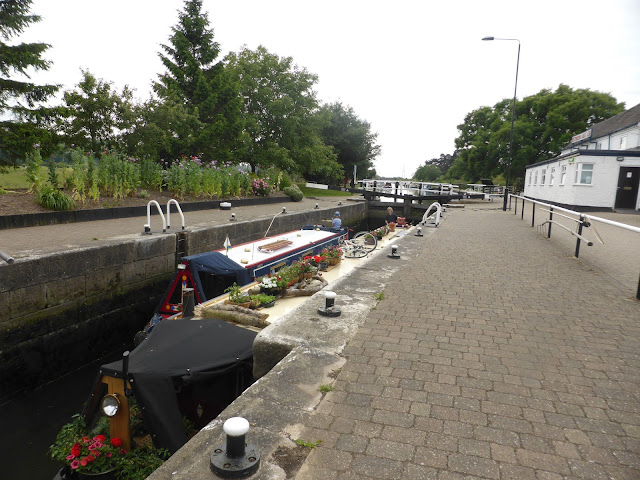 Unusually, the locks here have windlasses attached which was the first time we had seen this set up. 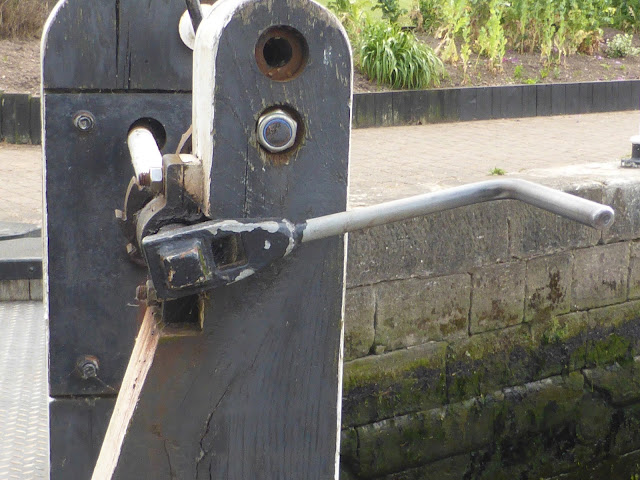 The houses along the river bank are all built on stilts.  The permanent moorings are also built to slide up and down the pilings in times of flood. 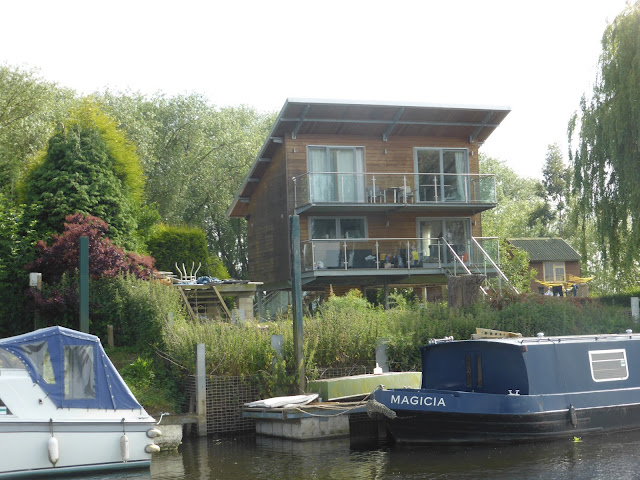 This is Barton Island which seems to be privately owned as there’s a house at the far end. 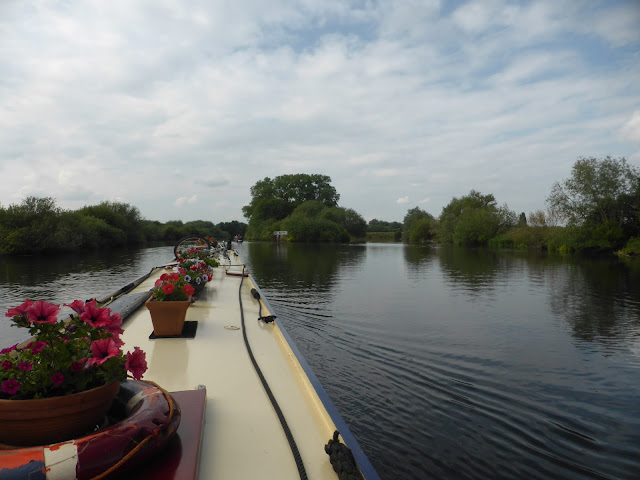 There was very little boat traffic and the river was very slow flowing. 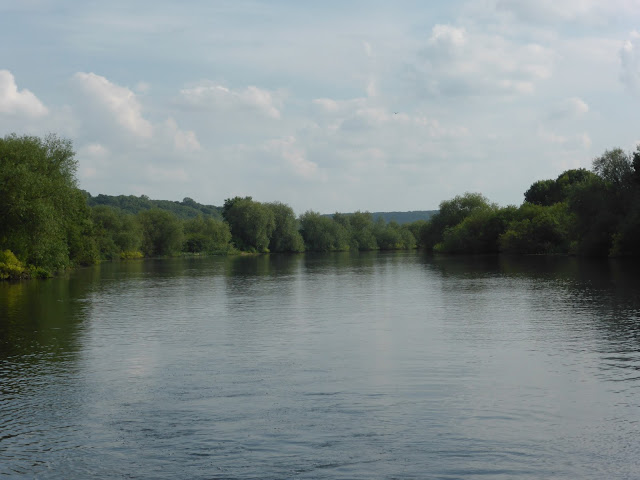 We realised that few people see this part of the river as there are no roads or bridges – it felt rather tranquil.  After five miles we came into Beeston which is on the outskirts of Nottingham.  We went into the pretty little Beeston lock. 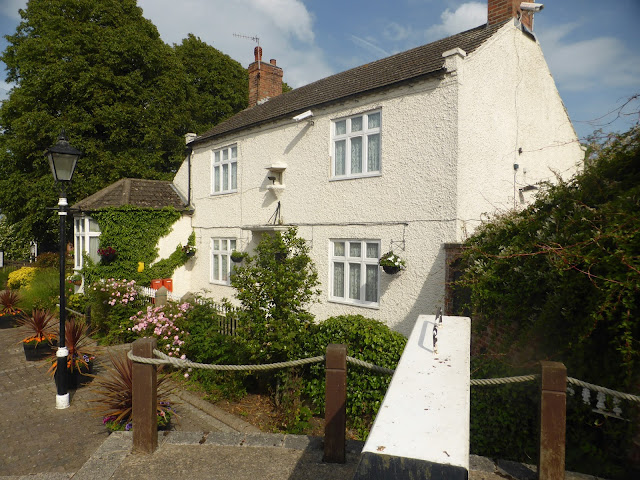 We were now on the Beeston canal which runs into Nottingham and joins the Nottingham canal which in turn runs through the centre and back out onto the river at Trent Bridge.

We moored up for the evening soon after leaving the lock and were surprised how pleasant our surroundings were.  The only thing we had to watch for was the commuter cyclists.  It was like being back in London – there were dozens of cyclists using the towpath as their route home from Nottingham.  It means we will have to keep Buddy on the lead from here on into Nottingham.