Leek and back to the Caldon


On Monday morning we walked into Leek to get some milk.  As we left we walked over the hill where the tunnel runs through.  It gave us a lovely view of the stunning location we were moored in. 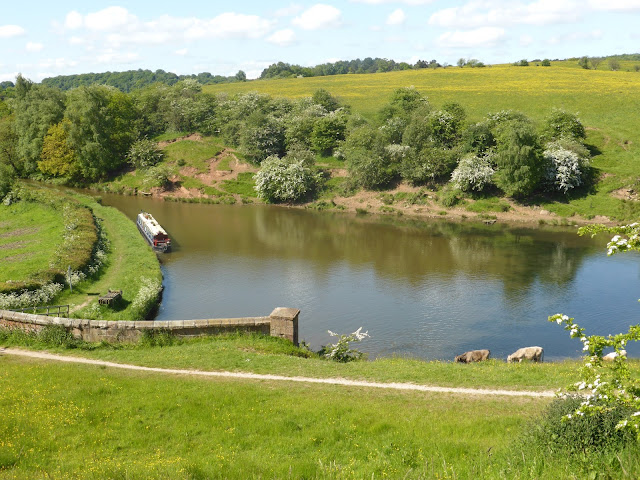 Cows had been in an out of the pool all morning. 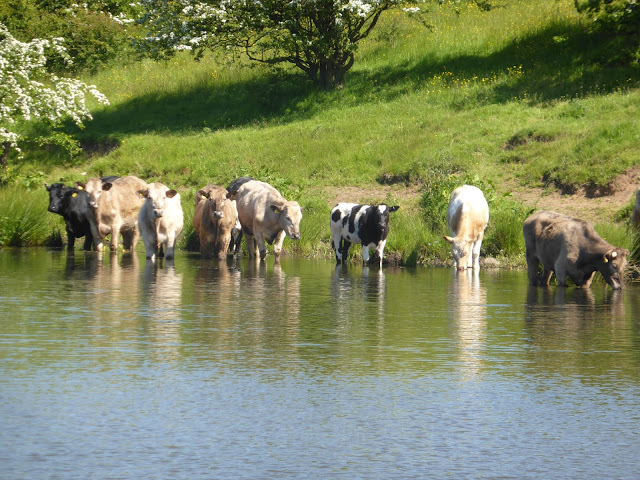 The Leek branch ends just before it used to cross the River Churnet on an aqueduct.  The canal used to go ½ mile further into the town but was unfortunately filled in during the 1950’s. 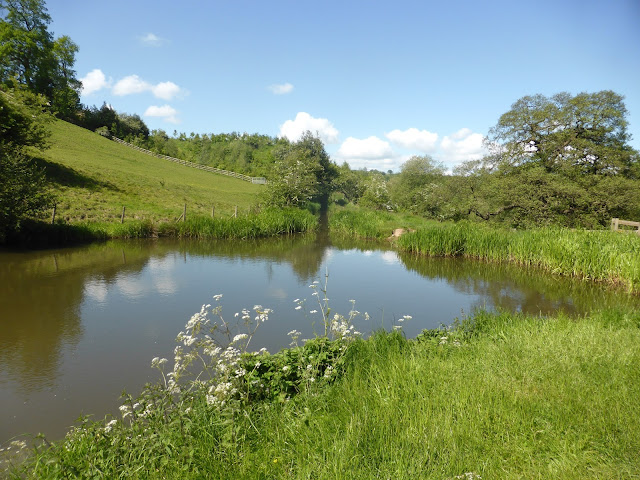 When we returned we set off back down the Leek branch.  At one point, contractors were working and we had to wait for them to move their boats. 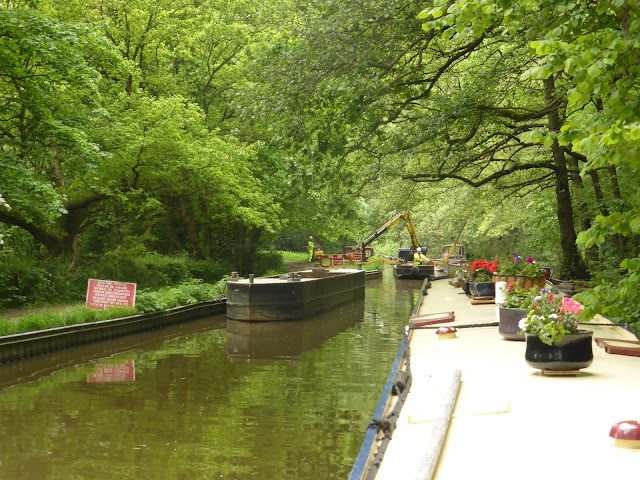 After a couple of miles we were back at Hazelhurst junction for a sharp 180 degree turn onto the rest of the Caldon canal. 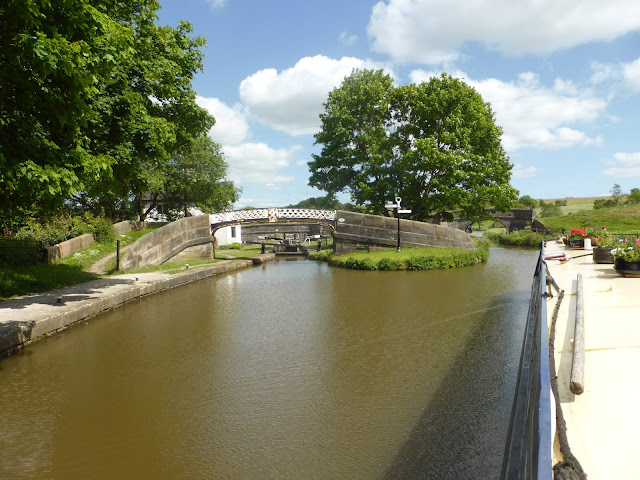 We immediately went down a flight of three locks. 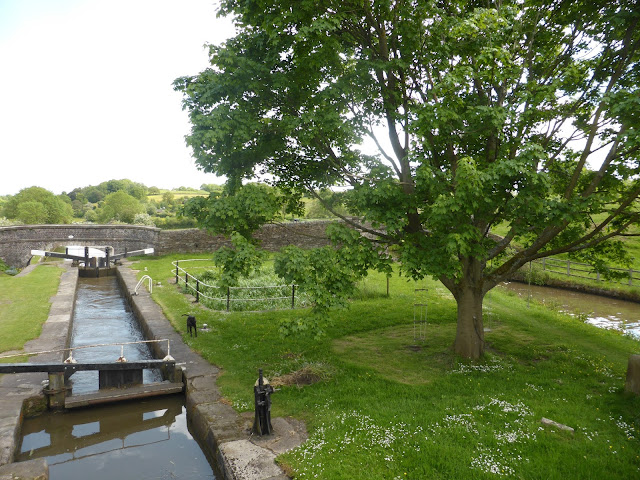 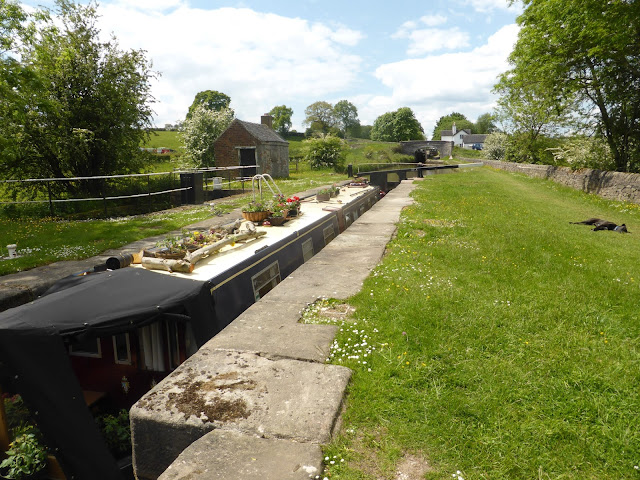 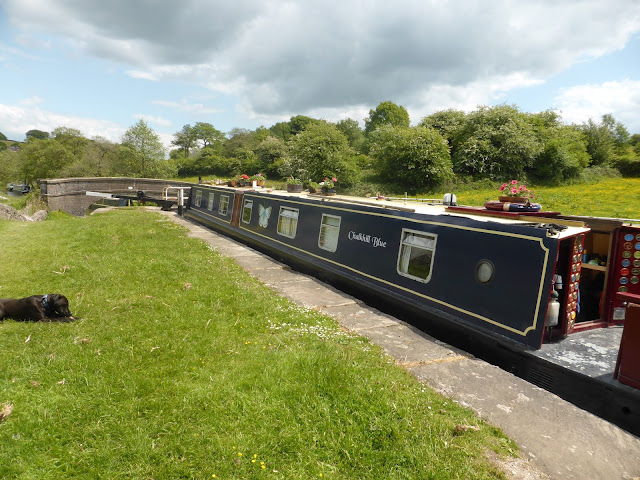 We ran parallel with the Leek branch for a while but about 30 feet below it and then went under it through this aqueduct that we had just come over. 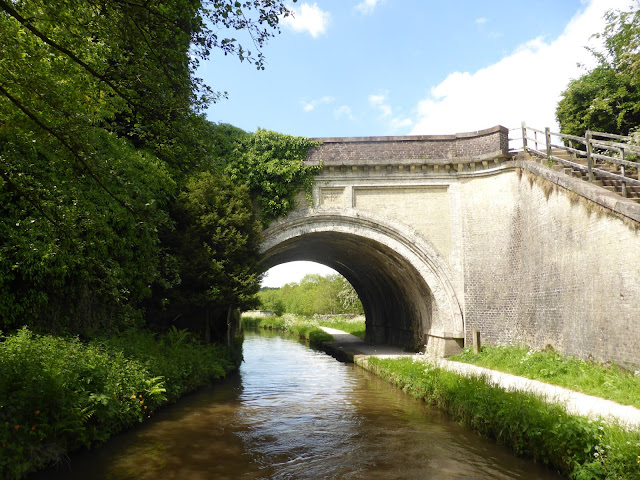 We moored for lunch by Cheddleton flint mill and then paid it a visit.  There have been mills on this site since the early 13th century grinding corn for flour.  It was converted to a flint mill in the late 18th century when the canal was built.  It now has two water mills that are both fully restored and both were working. 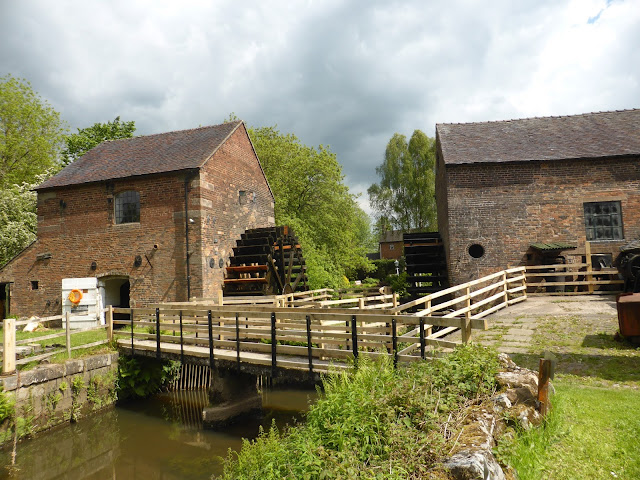 Narrowboats full of flint were unloaded into trucks that ran along this old plateway. 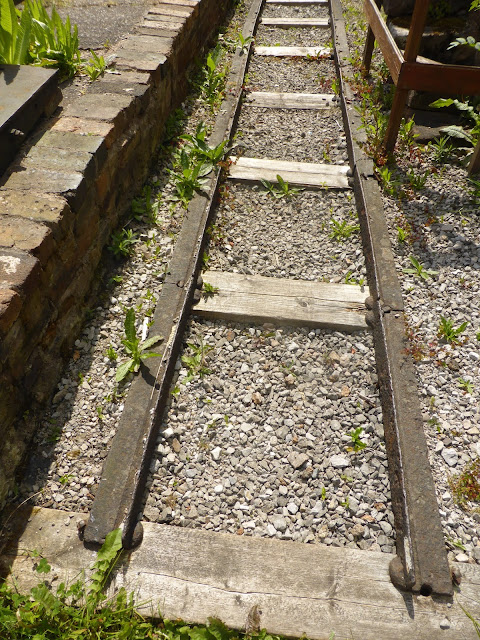 The flint was then fired in kilns where it became calcined flint – here is one of the coal ovens. 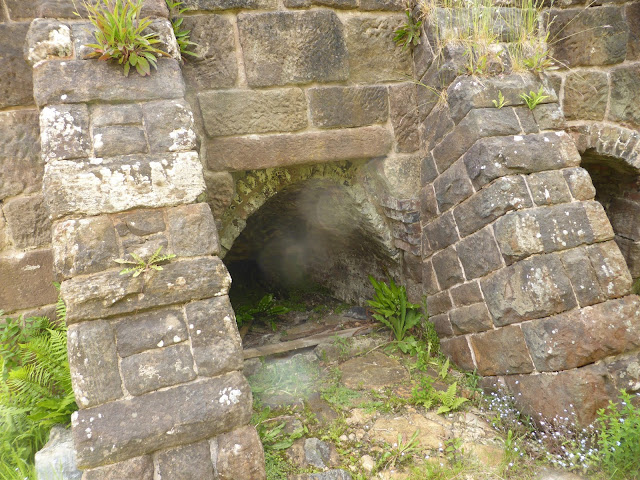 The calcine was then ground for 24 hours into a fine creamy powder which is one of the basic ingredients of the earthenware made in the Potteries. 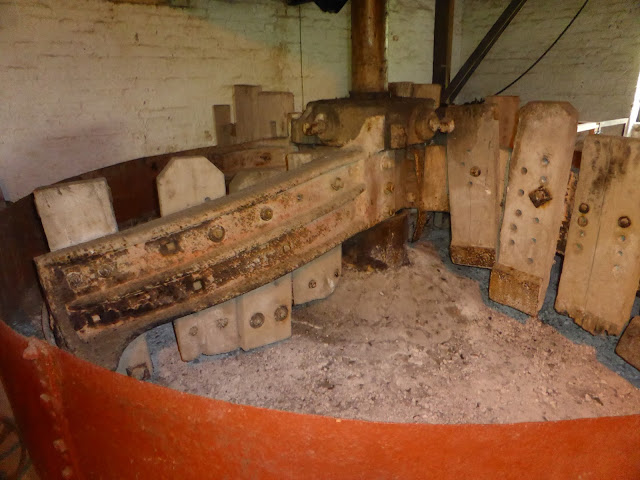 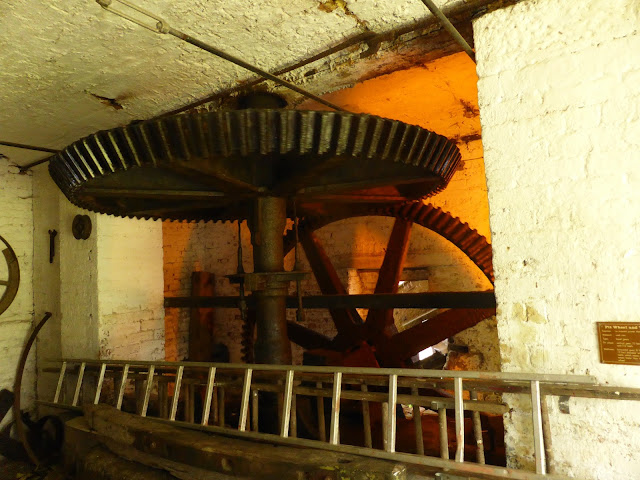 Next to the mills is an old mill cottage that is now a living museum athough there were no live exhibits when we were there. 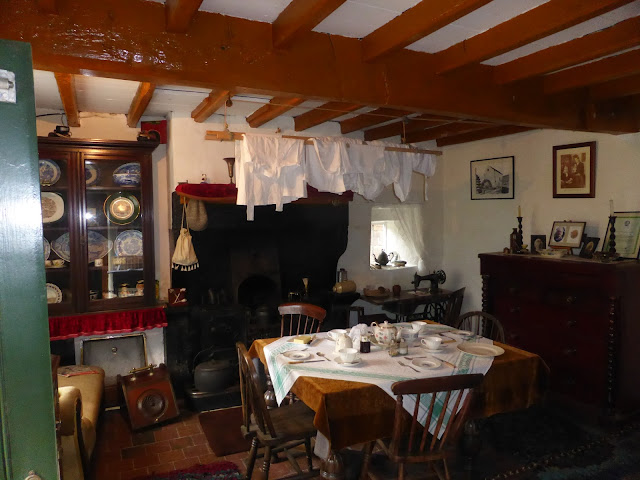 It was quite an education to visit this place.  It relies on volunteers so is hit and miss when it opens but we were lucky.  In the early evening we decided to get on the move again.  This is the view of the flint mill from the boat. 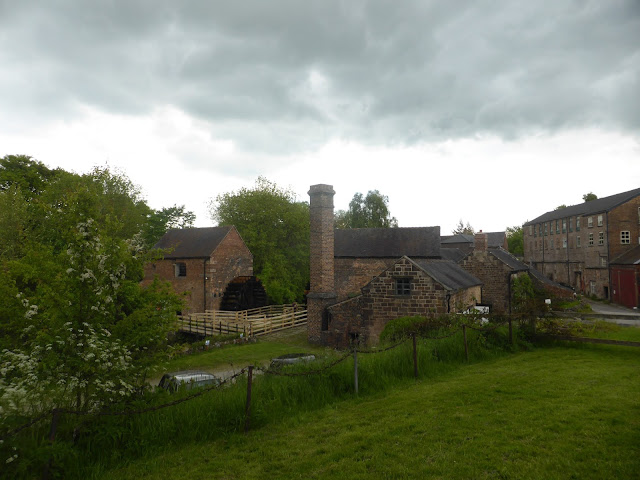 Not sure what this building was or why it was built over the canal. 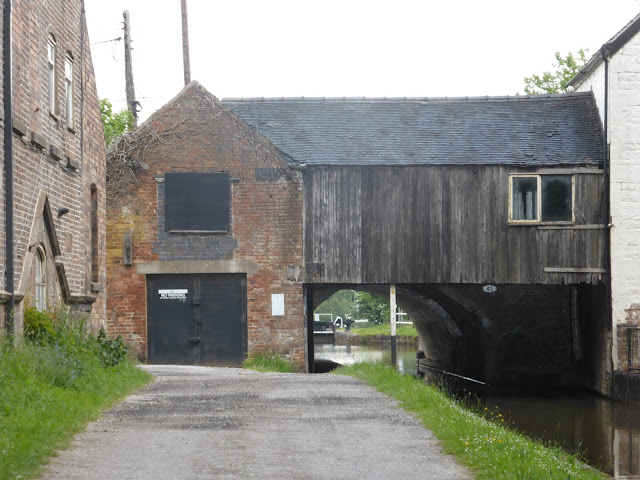 We went down a couple of locks. 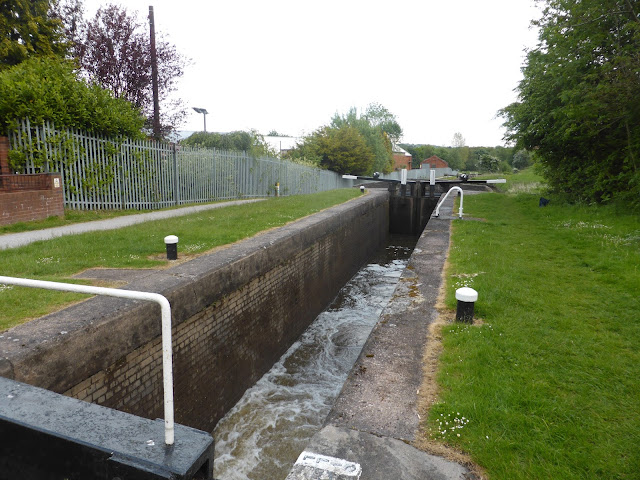 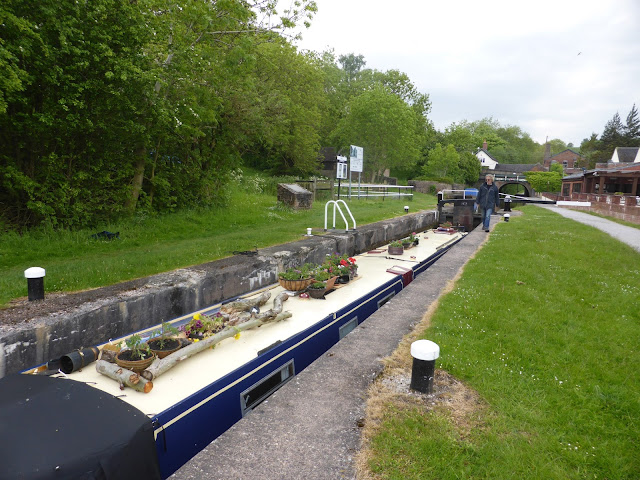 This part of the Caldon is still very narrow 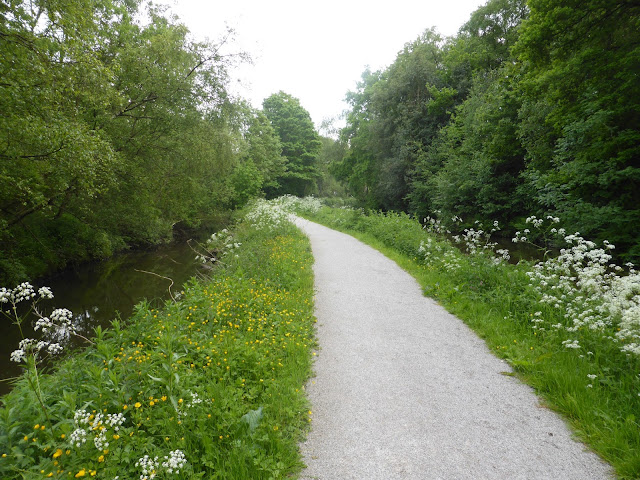 We moored opposite the restored Churnett Valley railway depot which seems to have plenty of rolling stock.  The green tank engine was in steam but the photo doesn't show it. 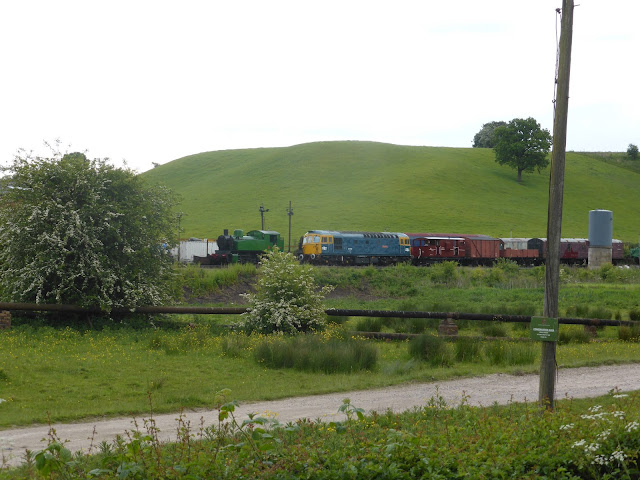