On Wednesday we had fancied going on the Titford canal but as it is the highest in the Birmingham area you have to ring CRT first to make sure there is enough water.  They said we could get to the end of it but unfortunately the water is currently too low in the terminus basin for a boat of our length to turn.  So it was back to the map to plan our day.   We decided to head to the current end of Dudley No. 2 canal.  It used to link up with the Worcestershire & Birmingham canal over at Edgbaston but near the end the two mile long Lapal tunnel collapsed in places and is unlikely ever to be restored.

Here is a schematic of the major navigable Birmingham canal navigations (BCN).  Today we covered the right hand green line in the south west of the map. 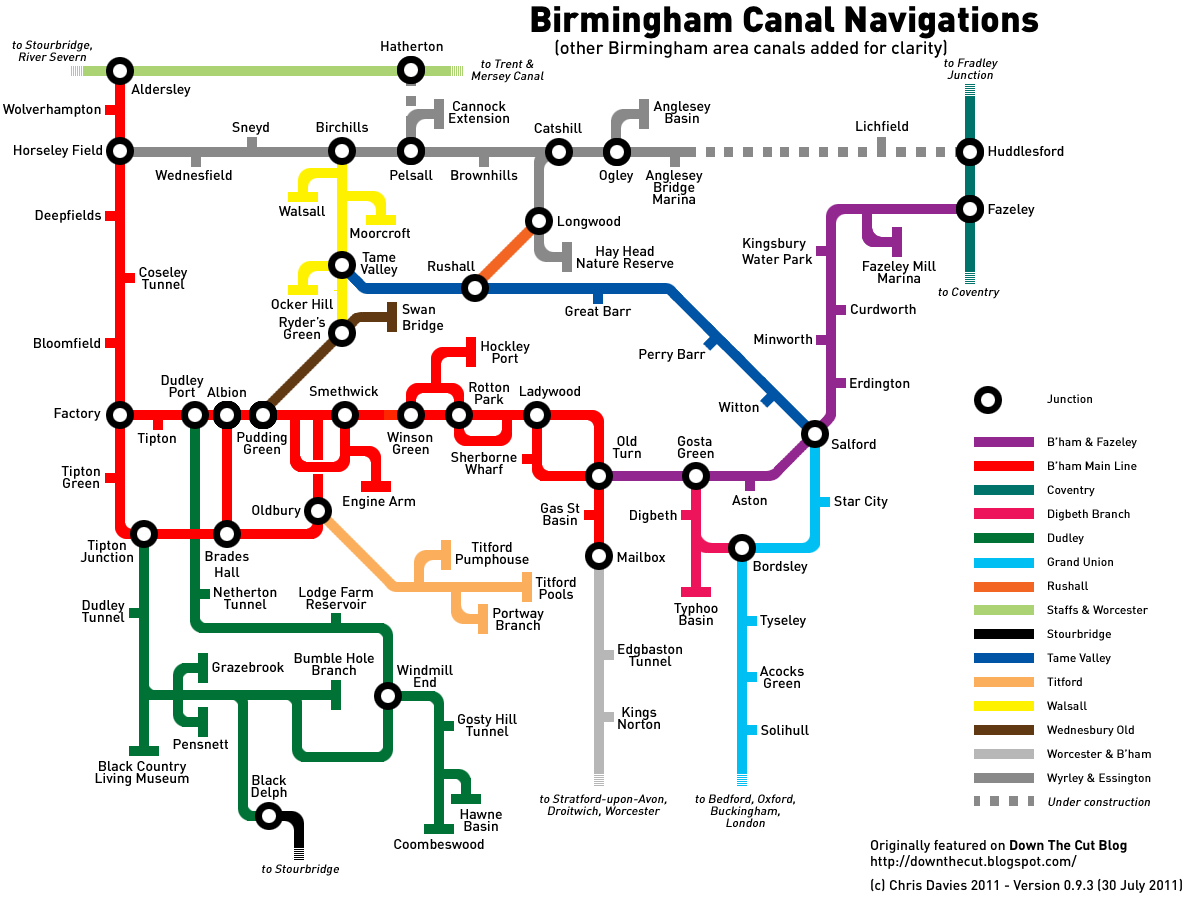 This is where we were moored on Tuesday evening (Coseley tunnel on the red line on the left side of the map).  We were warned not to moor in these parts of Wolverhampton but we had no issues, in fact it looks rather rural.  When I took Buddy out for his first walk it reminded me of the other thing that he is unaware of each morning.  Not only does he not know where we are, he doesn't remember which side of the boat is tow path side.  It's so funny watching him get up on deck first and then go the wrong way but stop himself before falling off into the water. We got to Factory junction at Tipton Green where the Old Main Line goes off to the south.

The New Main Line was built in the early 1800s and takes a more direct route into Birmingham than the Old Main Line.  It has many deep cuttings, far fewer locks and is 6 ½ miles shorter.  In several places the Old Main Line crosses the New on an aqueduct.  Also, the two canals run parallel in places with the Old Main line looking down 40 feet to the New.  We will have to investigate these places. 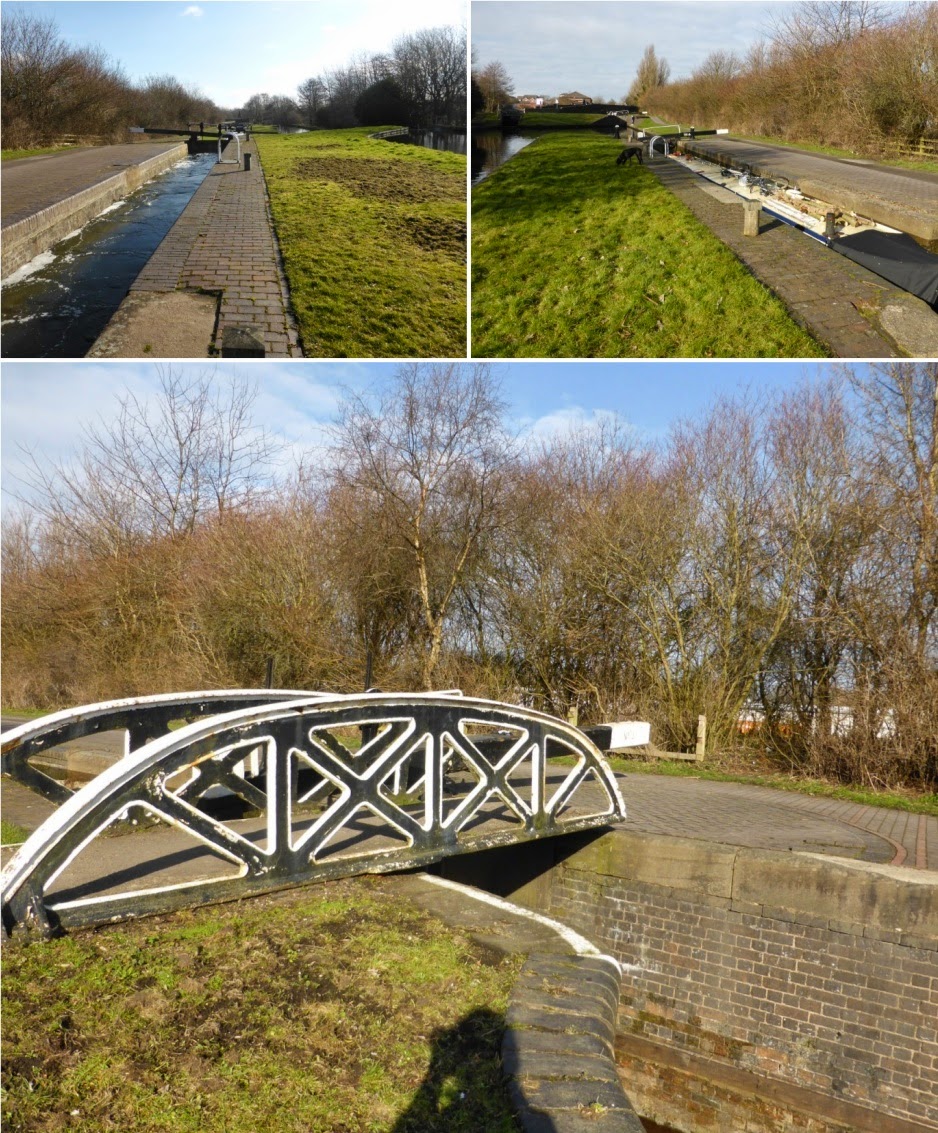 After the top lock the bridge was so low that we had to remove the bikes to get through.  The last time we had to do this was at Osney bridge in Oxford. 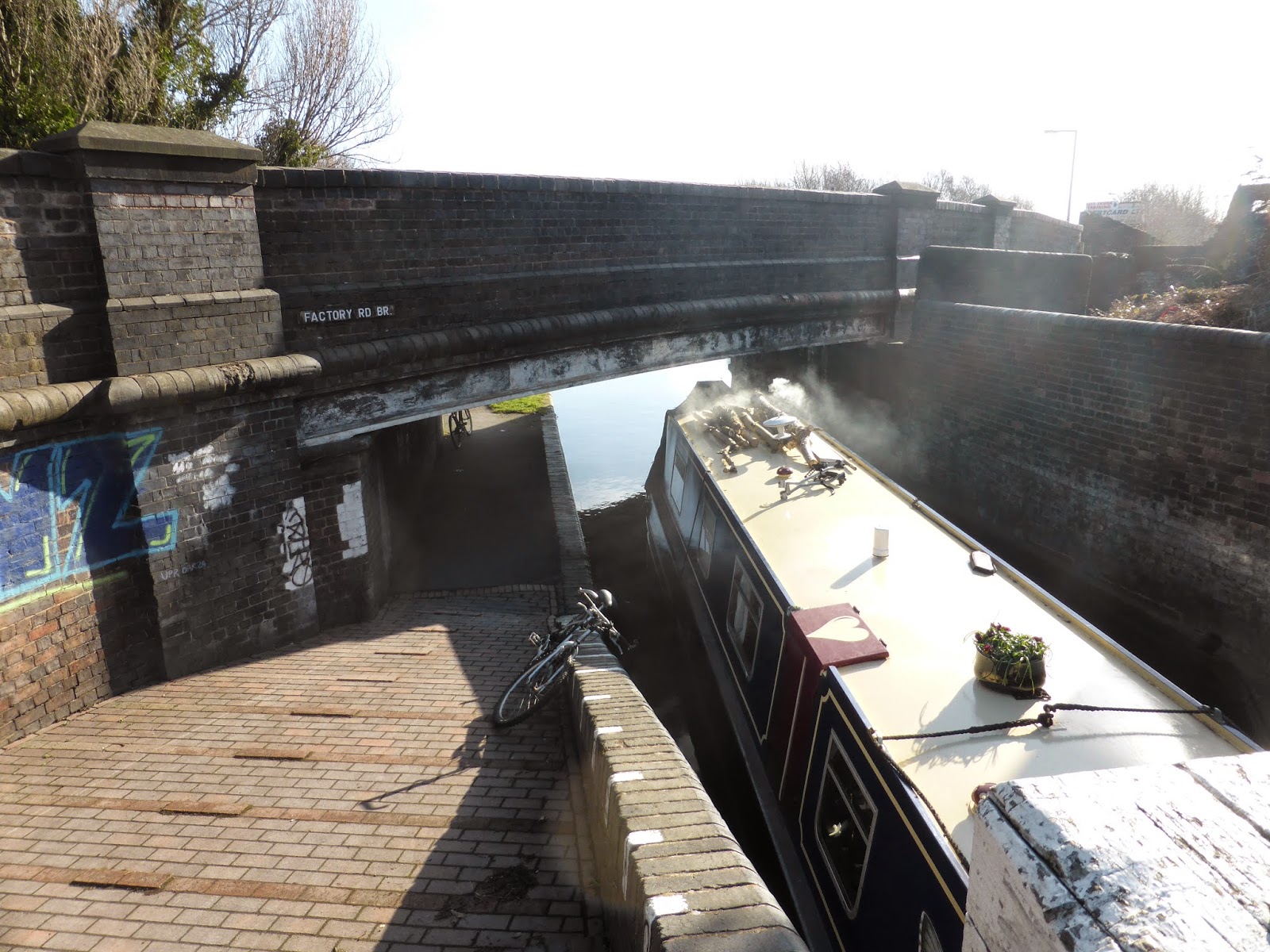 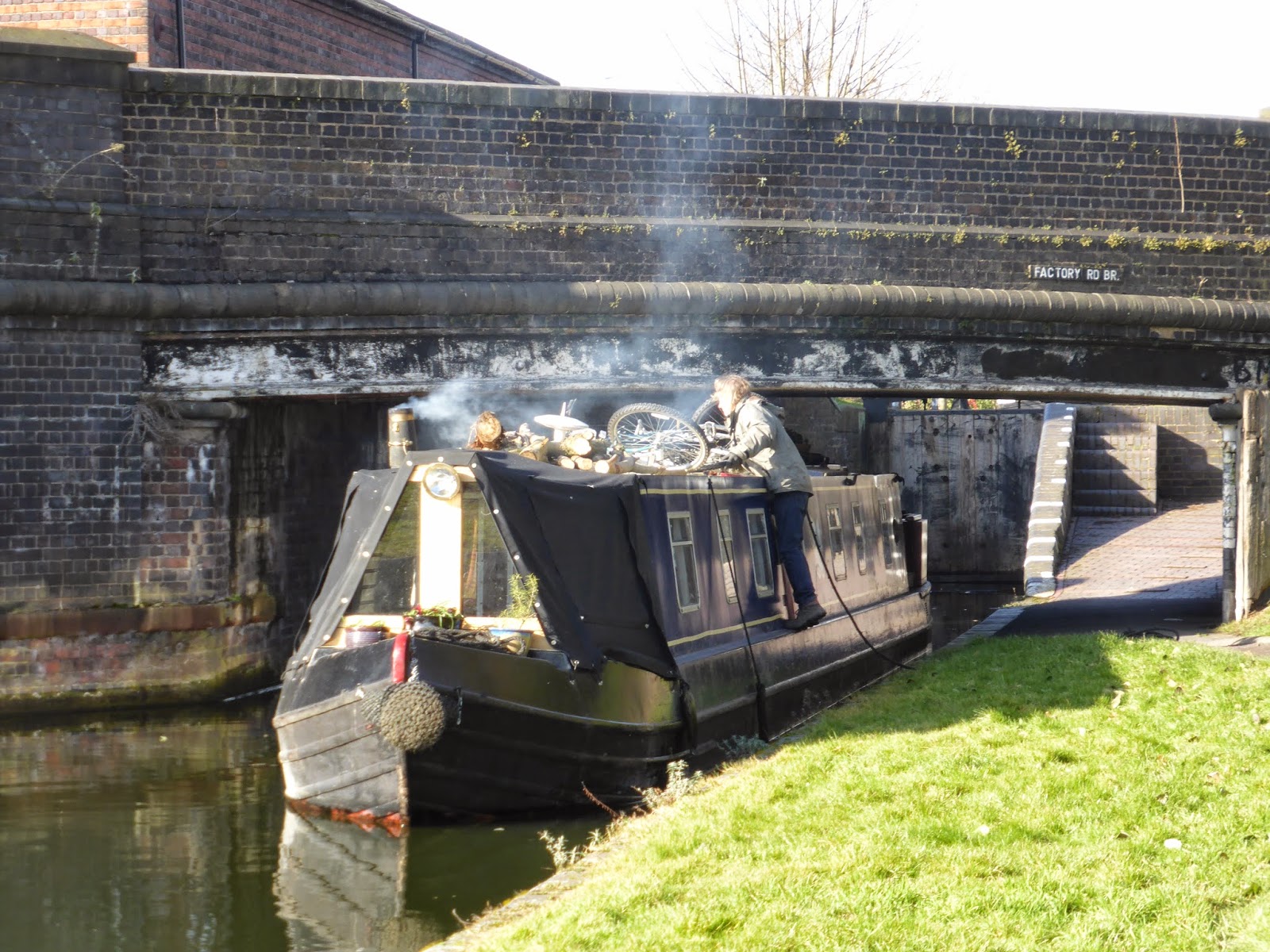 Karen had read about a boat that had been stolen last week and had been found in Birmingham minus quite a bit of stuff.  It was rescued and temporarily moored here at Craggy’s yard which, coincidently, we went past and it reminded Karen of the story. 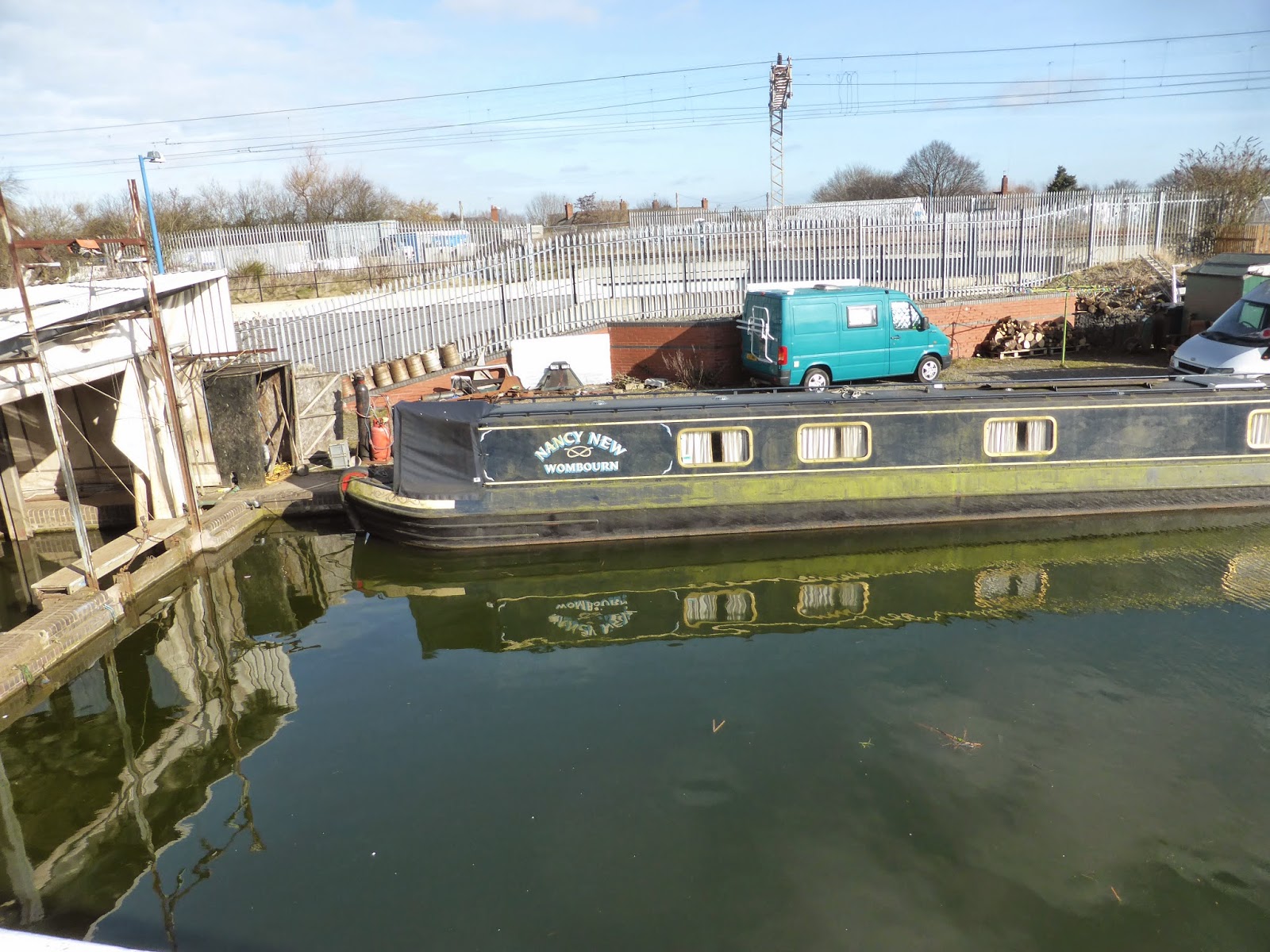 This is Dudley Port junction where we turned right down the Netherton branch. 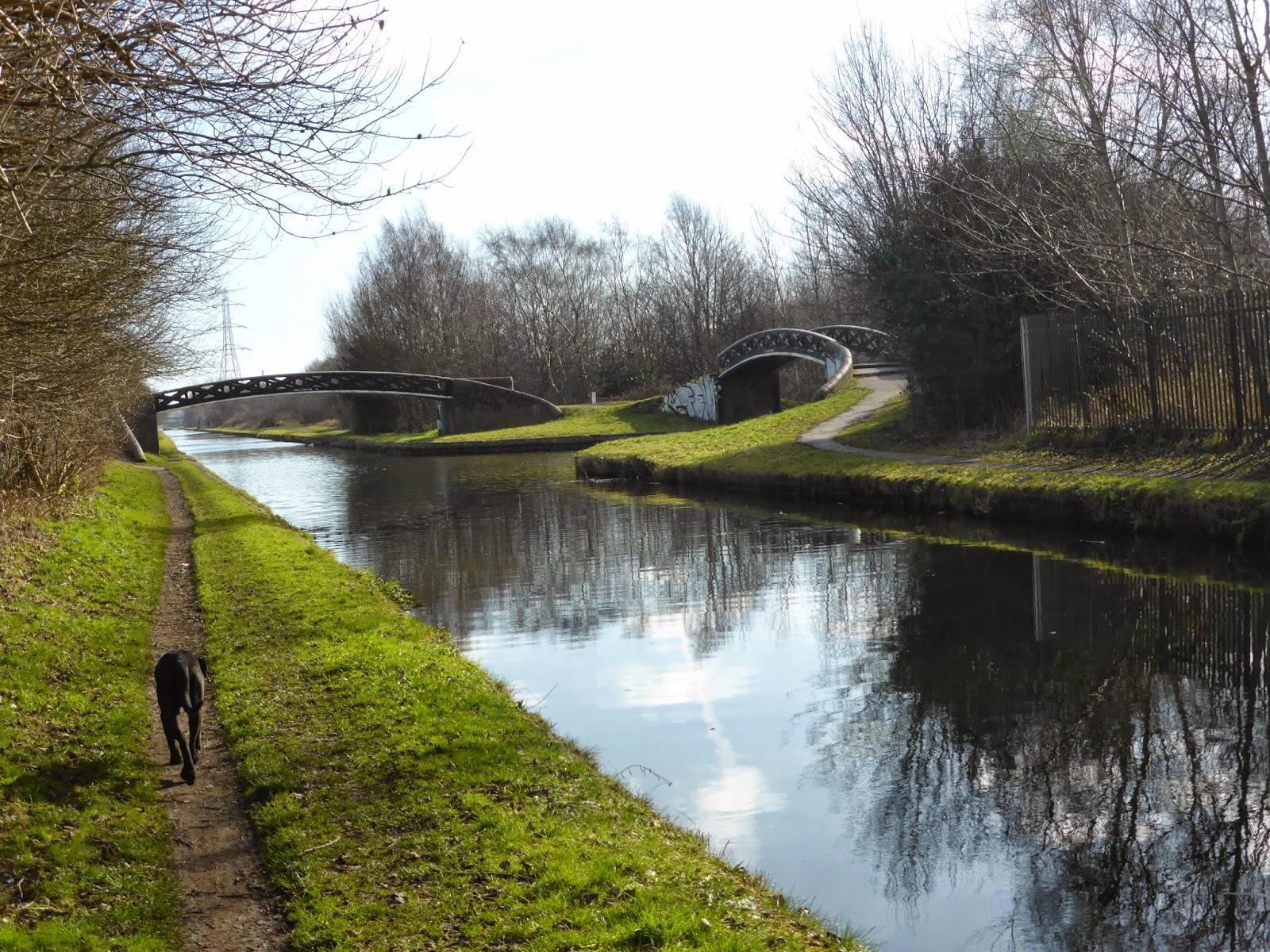 Here is  the Old Main line going over the branch on an Aqueduct. 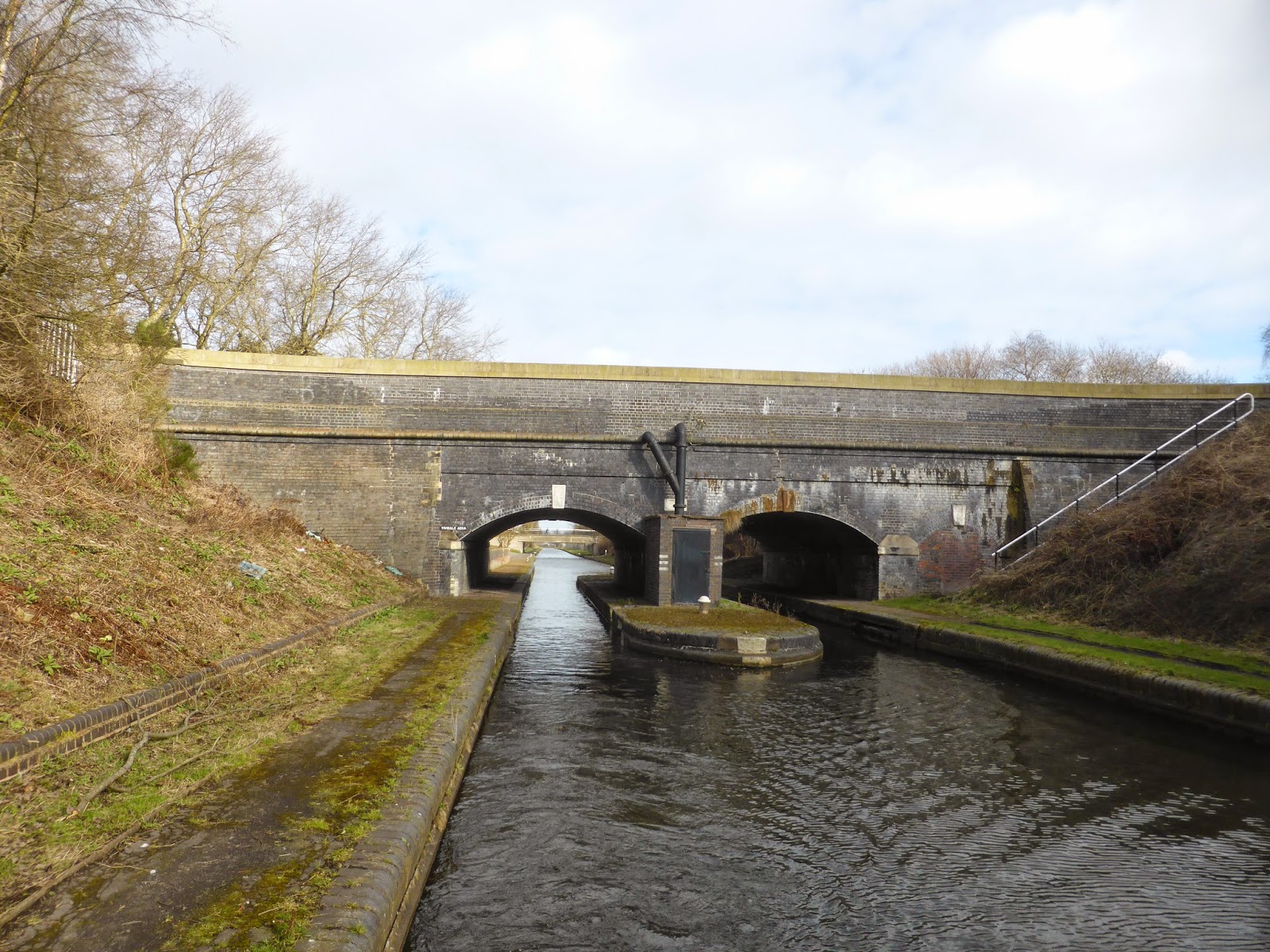 We then went into the 1 ¾ mile Netherton tunnel which is a nice broad tunnel allowing two way traffic.  We were really pleased that Steve and Amanda bought us a nice new replacement headlight for my 60th - at least we could see where we were going. 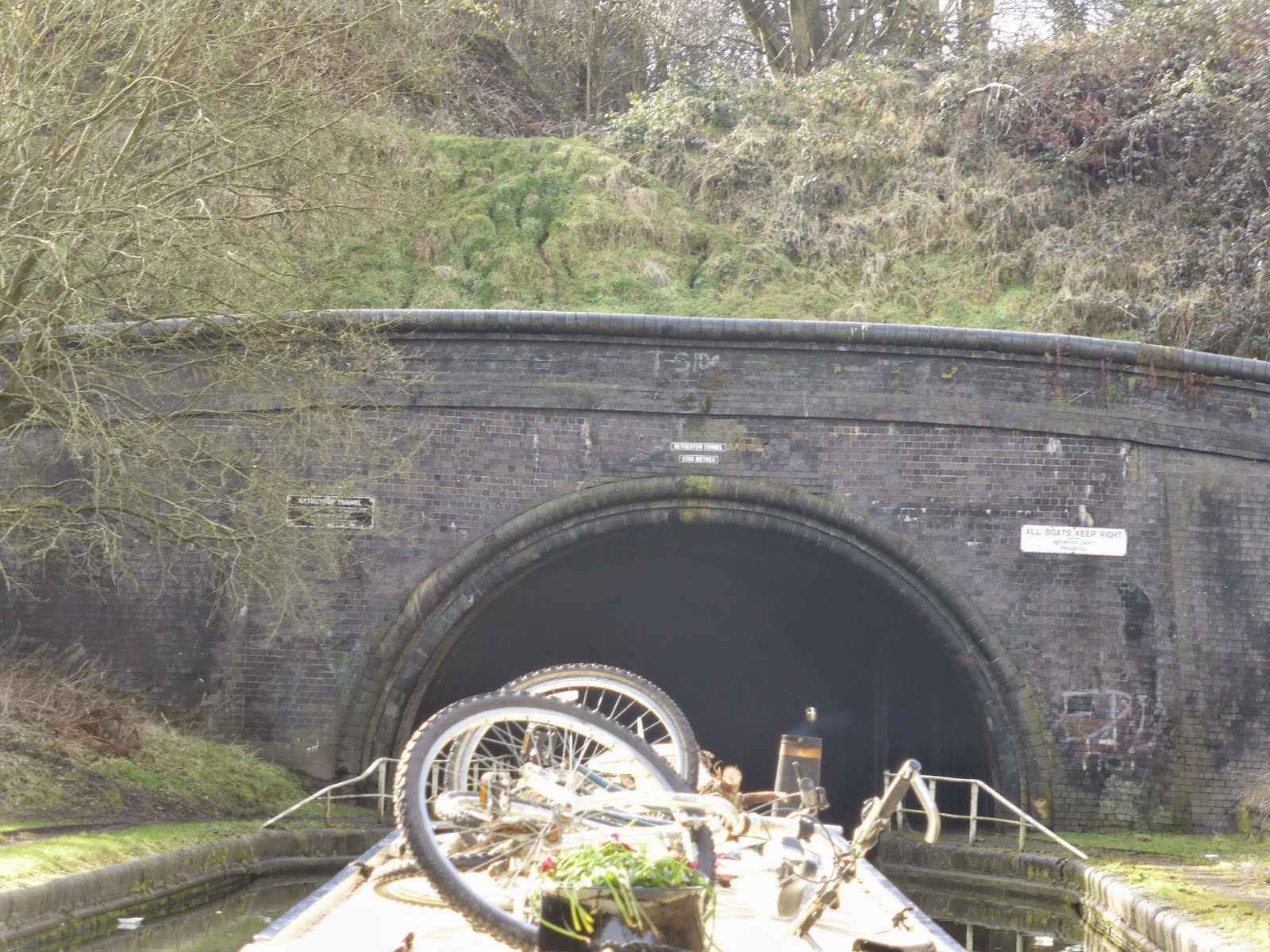 Just after the tunnel we came to a canal crossroads at a place called Bumble Hole.  Dudley No. 1 canal was straight on, Boshboil branch to the right and we turned left onto the Dudley No. 2 canal. 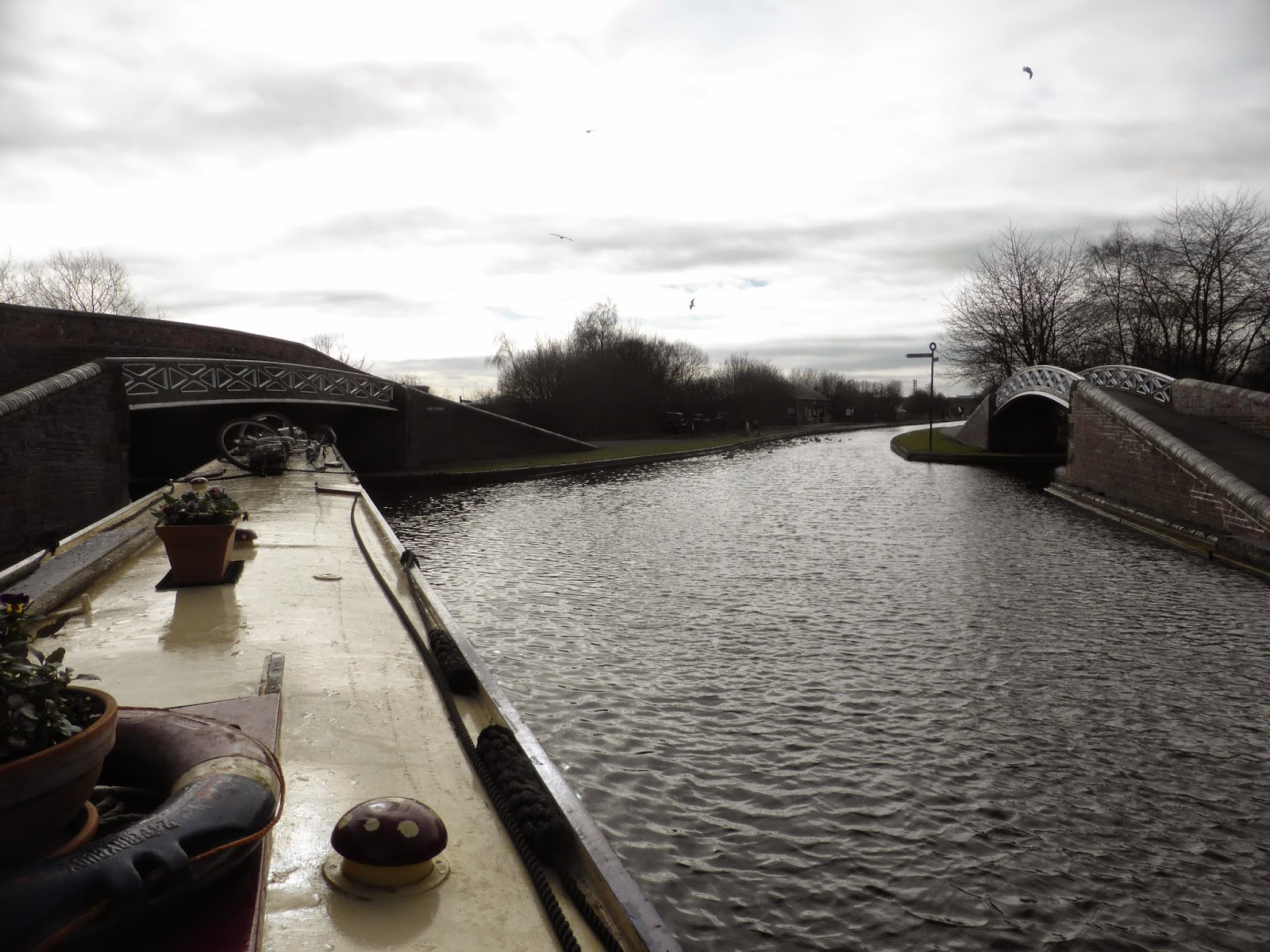 This pump house stands at the junction. It used to pump water out of the coal mines below.  Apparently the seam in this area was 30 feet thick. 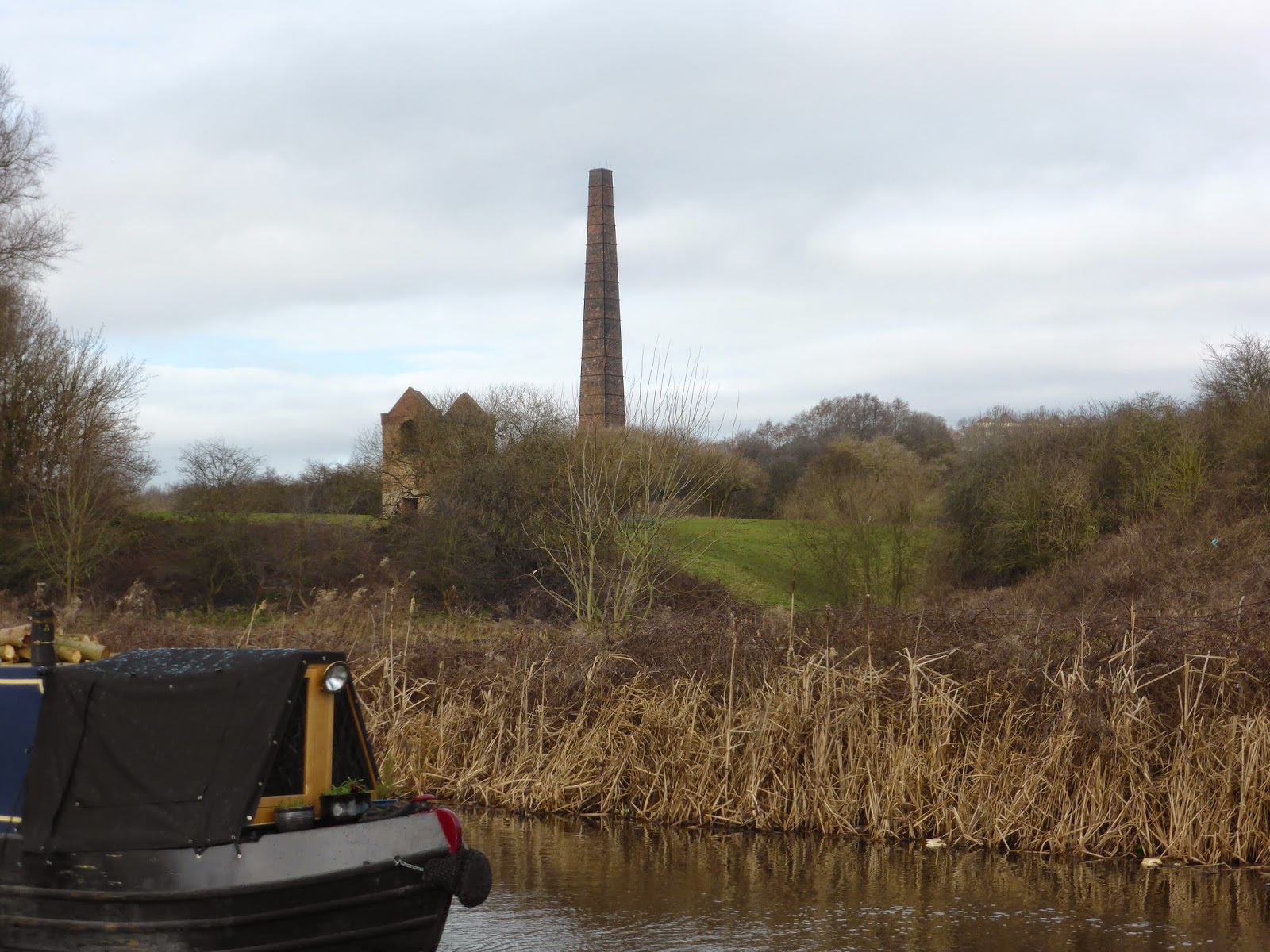 We came across another bridge where we had to remove the bikes so we left them in the cratch as we knew we were coming back in a few hours. As it turned out it  was a fortuitous decision.

We stopped six times today to remove stuff from the propeller.  This sports bag practically stopped us dead.  It’s such a shame that there is so much littering in these areas.  It’s no wonder the children do it as they must see adults throwing away things like beer cans. 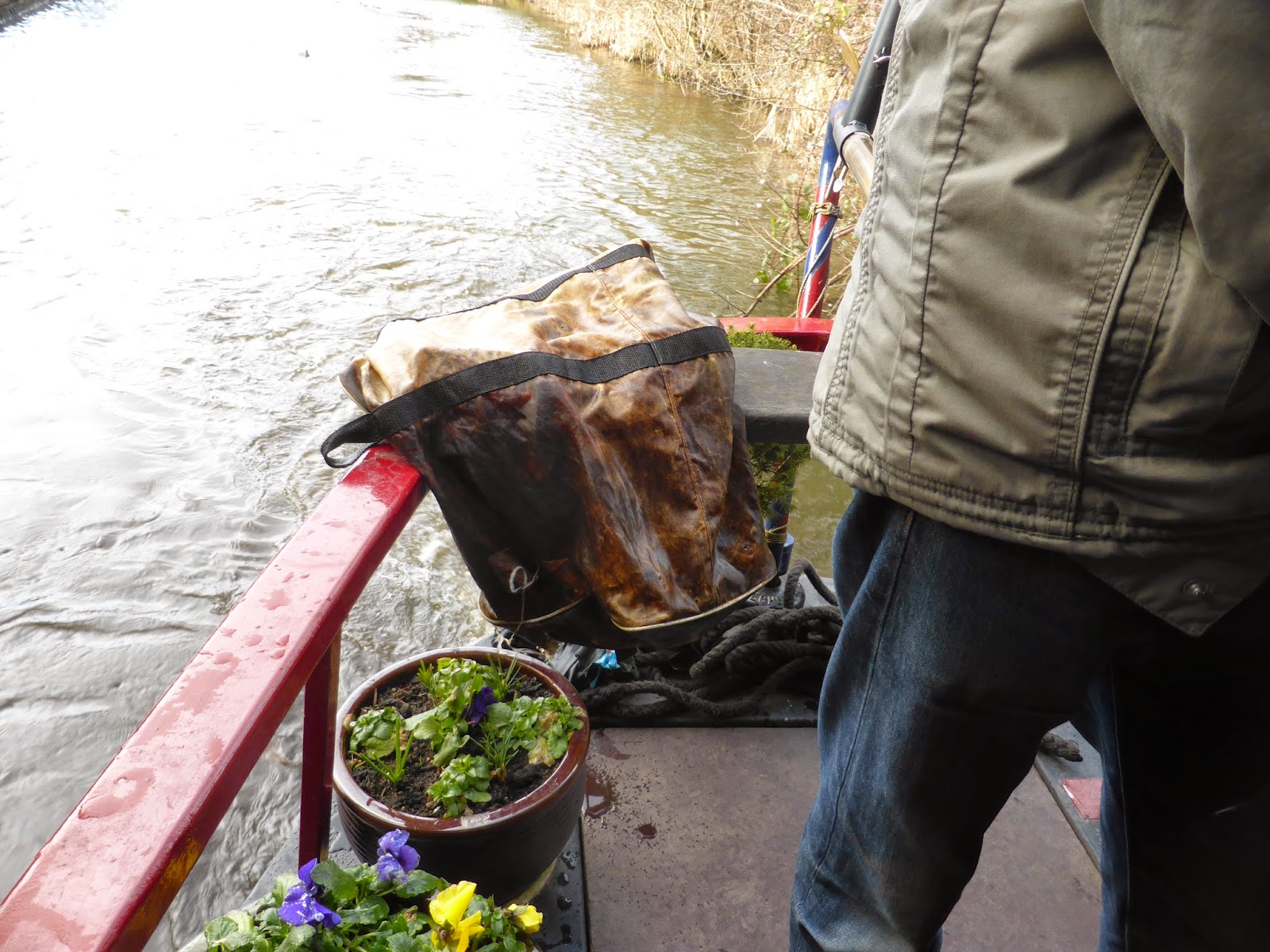 Gosty Hill tunnel was only wide enough for one boat and quite low and as you can see here after a while it got lower. 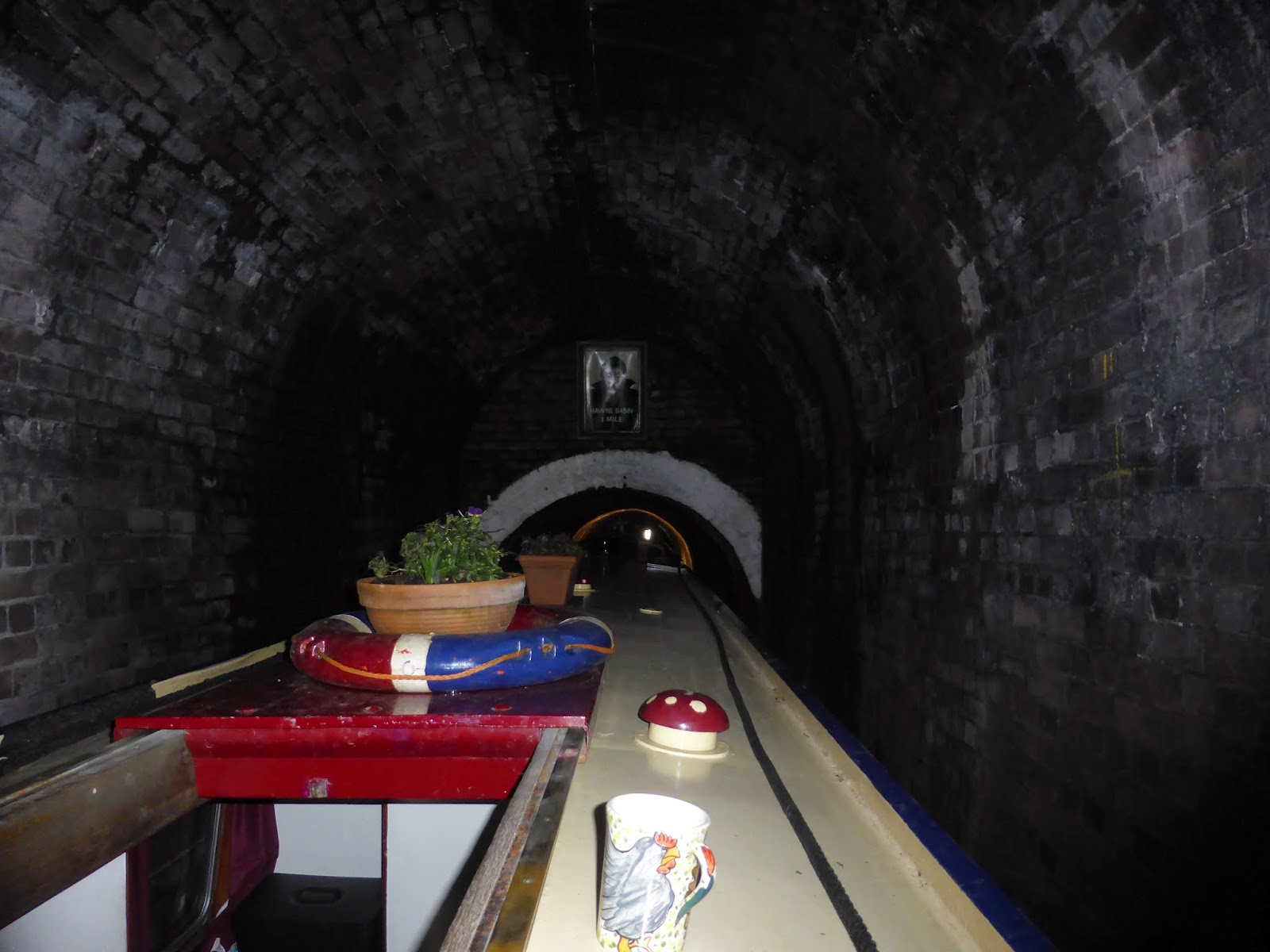 Then it got lower still.  Just as well we didn’t have the bikes on! We have never had to bend over whilst going through a tunnel. 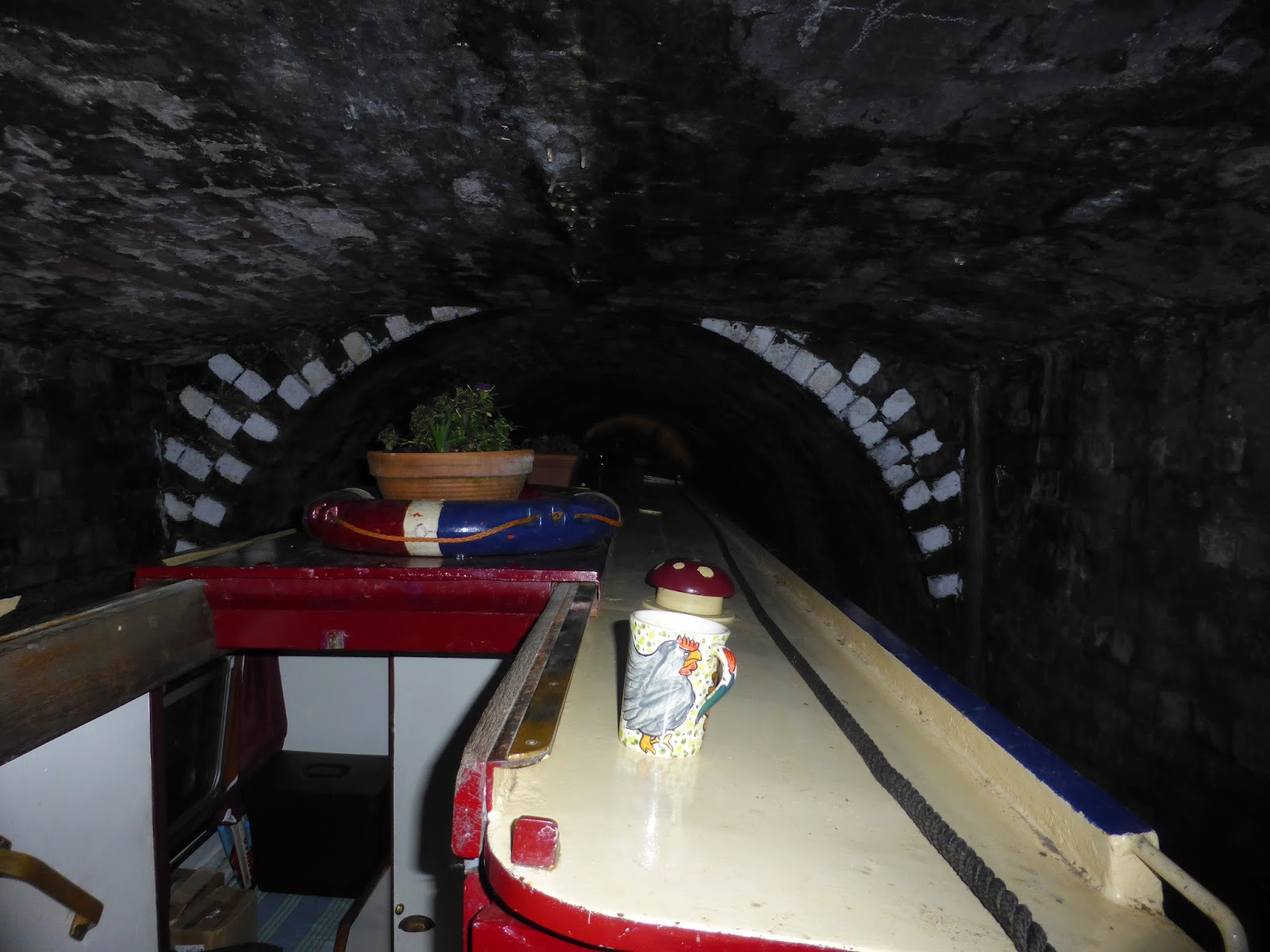 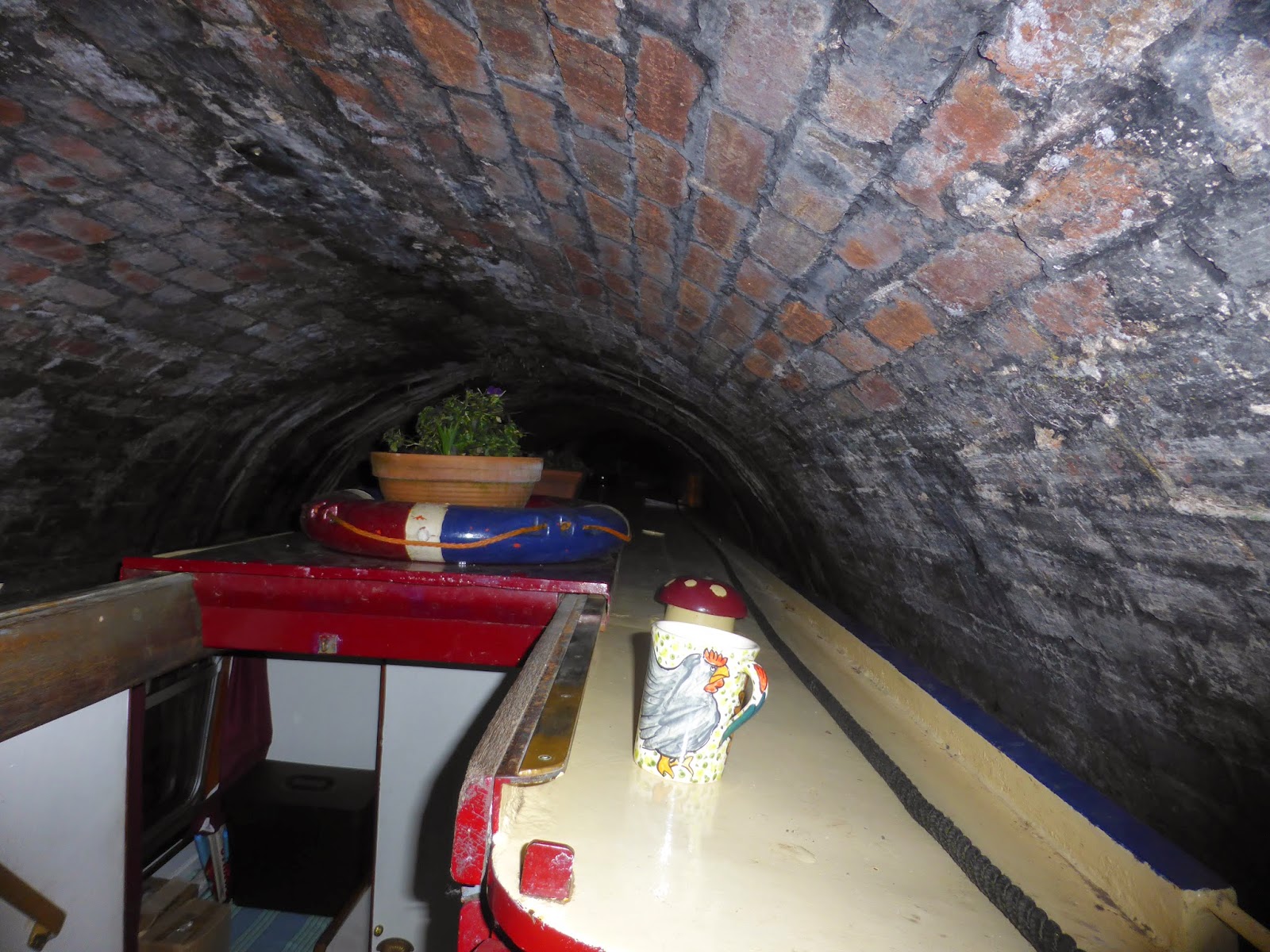 In the days of horse drawn boats there was a steam driven tug that used to take the boats through.  On the left are the remains of the tug house that the tug used to be moored in. 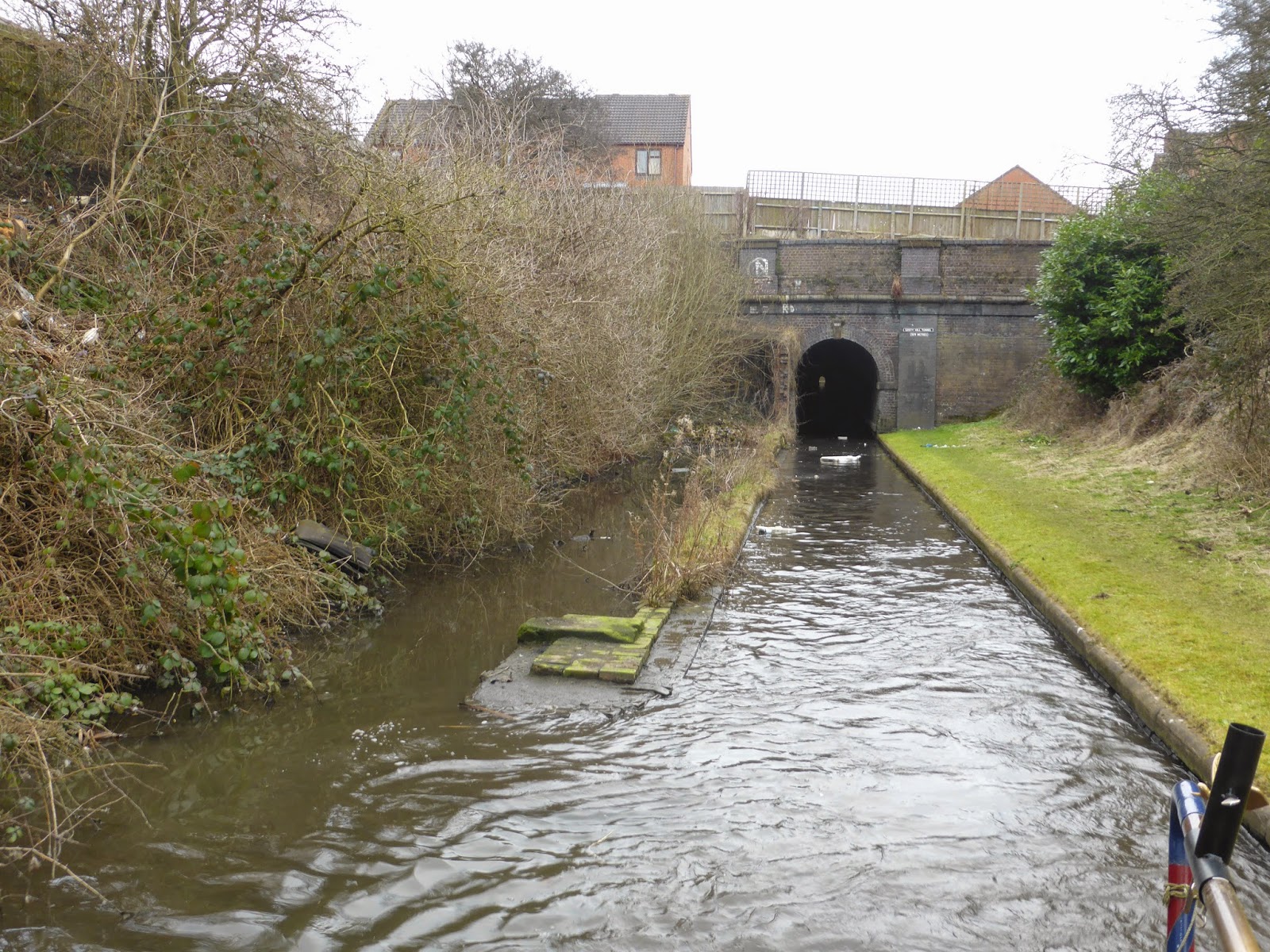 The 2 mile long Lapal tunnel mentioned above was also a narrow canal like this but they used a steam driven pump to send pulses of water through to propel the boats.  Must have been pretty hair raising.

As with yesterday there were many derelict areas. 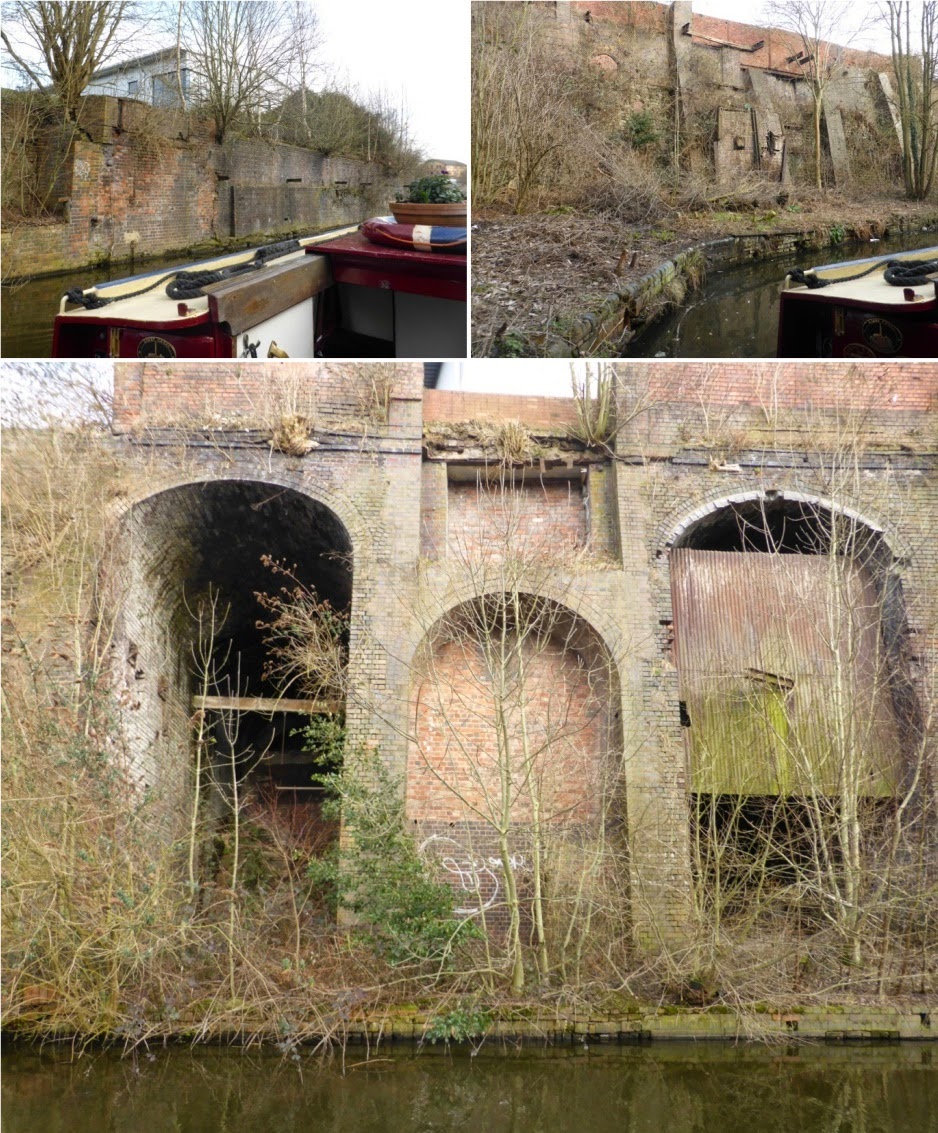 We turned at Hawne junction in Halesowen which is as far as you can go along the Dudley No.2 canal.  We went back the way we came and moored up after we went back through the Netherton tunnel.  We walked up to the Old Main Line and looked down from the aqueduct to where we are moored for the night. 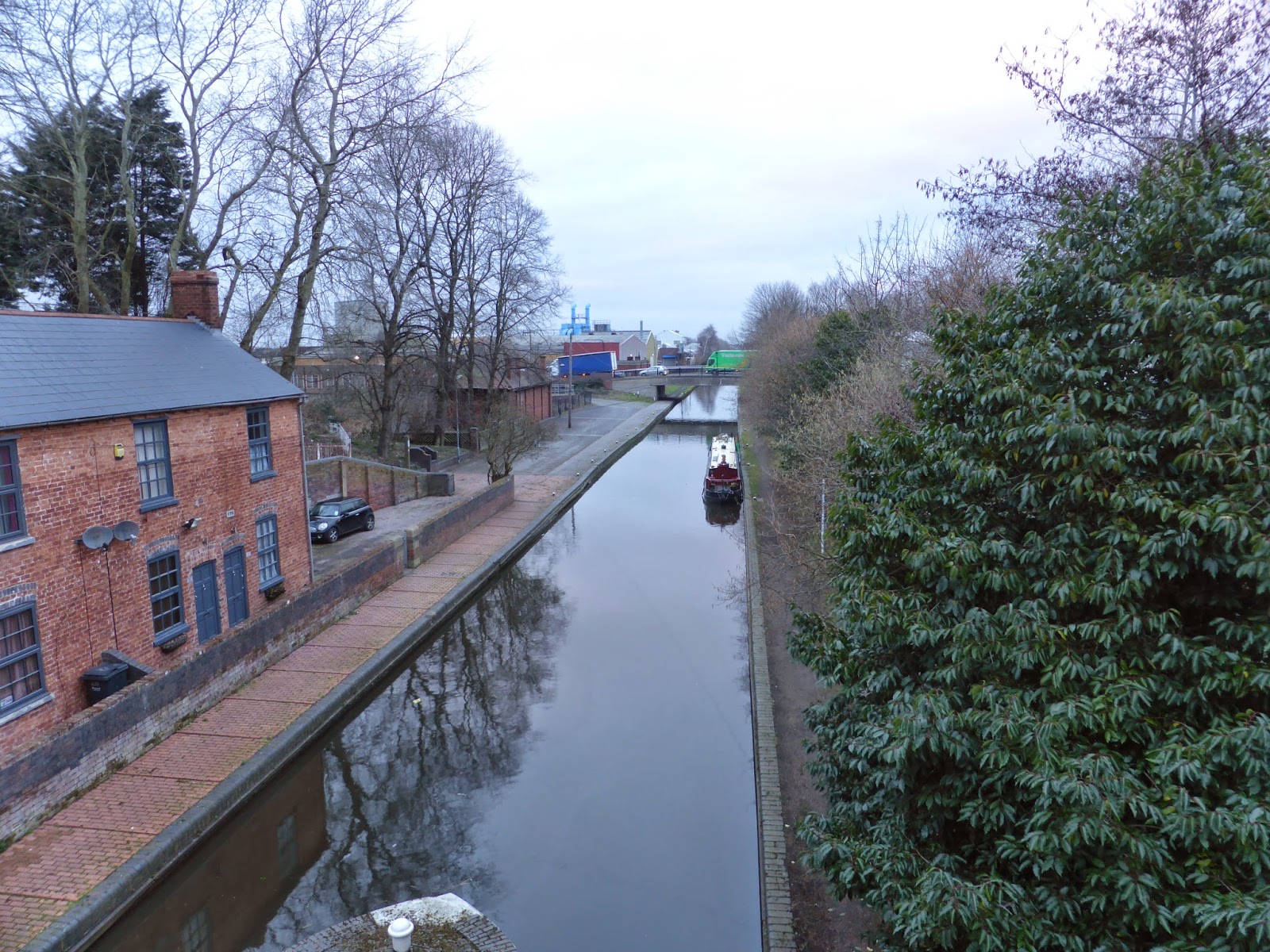 We have both been amazed that we have not seen a single boat on the move for the two days since we have entered the Birmingham area.

Over dinner I asked Karen how she would like my hair if I had it cut - she said the same colour as it was when she met me!
Email ThisBlogThis!Share to TwitterShare to FacebookShare to Pinterest