Worcester (nearly two months on the River Avon now over)


We set off from Twyning mid-morning on Sunday, to travel the last couple of miles to the end of the River Avon.  There was little or no wind so it was a dead calm when we reached the Tewkesbury sailing club.  We couldn’t believe that they had a competition on but the yachts were almost becalmed.

We soon arrived in Tewkesbury with its low and strangely angled bridge.  Before the current lock was built, the river flowed through this bridge and carried on in the direction of the arches.  The navigation was altered so you go through the arches but then head left, making it difficult to both negotiate and see oncoming craft.

We moored up and went for a wander around the town.  It was a lot warmer than forecast and the tourists were out in force.  There are a few fine mills still standing by the river. 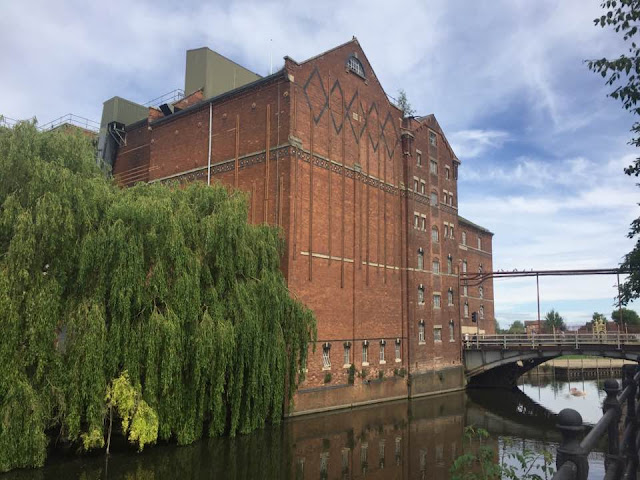 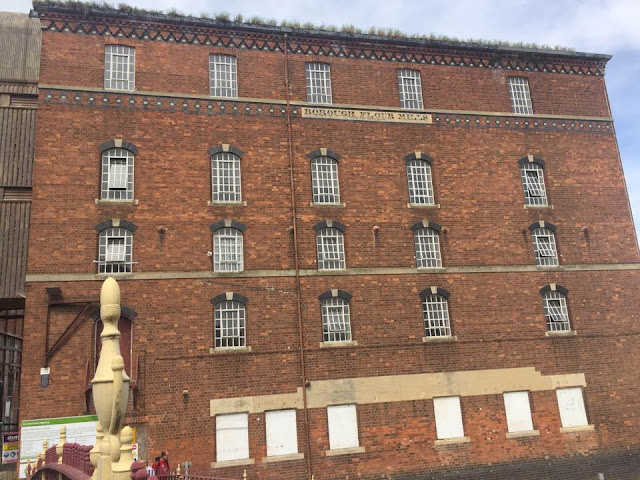 Karen went to chat with the lock keeper at Avon lock; this is the lock that drops us down onto the last stretch of the Avon to join the River Severn.  As it was a weekend there were lots of cruisers and gin palaces out so there was a bit of a queue.  Karen booked us in and then we took the opportunity to have an early lunch whilst waiting.  A couple we had moored with in Evesham and Pershore moored up next to us and so we had a chat with them whilst waiting for the lock.

We went down the lock with another narrowboat and followed him out to the River Severn.

So, it was goodbye to the River Avon.  The navigable river runs 43 miles from Stratford On Avon to Tewkesbury through 17 locks.  Most people do the trip in two or three days but it had taken us 43 days!  We have really enjoyed the river even though we tend to avoid them.  It was really very pretty, peaceful and quiet.  We found some brilliant moorings and were always on our own unless in a town.  The Avon Navigation Trust have done a fantastic job restoring the river to navigation again.

Soon after joining the Severn we went under the iron Mythe bridge – quite a structure considering the span is 170 feet wide and was built in 1828.  It was one of Thomas Telford’s creations.

The River Severn is quite boring as it tends to be straight and in many places the banks are so high it is difficult to see the countryside.  We hadn’t been on the Severn since March 2015 – the day of a solar eclipse.

This stretch still has some commercial traffic, mainly barges carrying aggregates – I was glad it was a Sunday as it’s best to keep out of their way.

We had 17 miles to travel on the river up to Worcester and about half way is the only sizable settlement – Upton on Severn.  There are three pubs on the river front and they were packed with boaters.

We only had one lock to go through on the river and when we were half a mile away we rang the lock keeper.  We were in luck as he was just about to lock a boat down so we should be able to go straight in.

With these large river locks Karen stands on the bows and loops a line through an upright bar in the lock wall. I do the same at the stern.  This holds us steady as we rise.

We planned to moor just above the locks but all the spots were full so we had to turn off the river and head for Diglis basin.  This is the start of the Worcester and Birmingham canal – a canal we haven’t visited for two years.

The first two locks leading up to the basin are large (for canals), 18 feet wide locks but the rest of the locks on this canal are narrow and fit just one narrowboat at a time.

There are two large basins at Diglis full of boats on residential moorings.

We moored up just past the basins and went for a wander around Worcester.

We stayed in for the evening and arranged for our friends Mike and Lesley to come over and join us for lunch on Bank Holiday Monday as we will stay in Worcester for a while.