Monday saw us cruise back the nine miles and 18 locks from Preston Bagot out onto the River Avon at Stratford again.

On the way we stopped at the boatyard in Wootton Wawen for gas, fuel and a pump out.  This would ensure we were tip top (or empty!) for our next fortnight on the river where services are even fewer and farther between.

After leaving the boatyard, Karen popped her head out (she had stayed inside to do a couple of hours’ work) to ask why I didn’t have a pump out.  Of course, I said I did, but she said the tank was still full.  Stupidly I hadn’t checked before leaving; they did such a good job last time that I didn’t bother checking.  I rang them up and they now have a note that they owe us a pump out when we next go back.

Once Karen had finished her work she walked Buddy alongside to the Wilmcote flight.

Buddy wasn’t overly impressed with walking – he normally keeps ahead of us but he was lagging behind instead.  We feel it was because we gave him a hectic weekend – the walking was OK but we kept him up past his five o’clock bedtime because of Hippyfest.  Once we moored up in Stratford he was back to his normal self, eager to run around and play with all the other dogs.

We stopped at the boatyard on the outside of Stratford and, once again, Steve let us have a free pump out as he had no one available to help.  Everyone was busy handing boats over to the next lot of hirers.

We arrived at Stratford basin and the town was rammed with people.  It was probably extra busy as the streets had been closed for two days due to a classic and super car show.  I never really like going through the basin as there is nowhere to tie up whilst waiting for the lock.  There is usually quite a breeze coming off the river as well so it can make it difficult to hold the boat steady in the middle of the basin – especially if there is a large crowd watching of course.

Many of the locks leading down to Stratford leak quite badly and consequently the gates can seem really heavy to open and close, also many of the locks take a long time to fill.   All in all, it was quite a tiring three days having decided to take the boat up to Preston Bagot and back for the festival but it was great fun and we both really enjoyed it.  Mind you we were pleased to moor up and just relax for the rest of the day.

Karen found another wild garlic recipe and made a delicious wild garlic and chorizo tortilla for dinner. 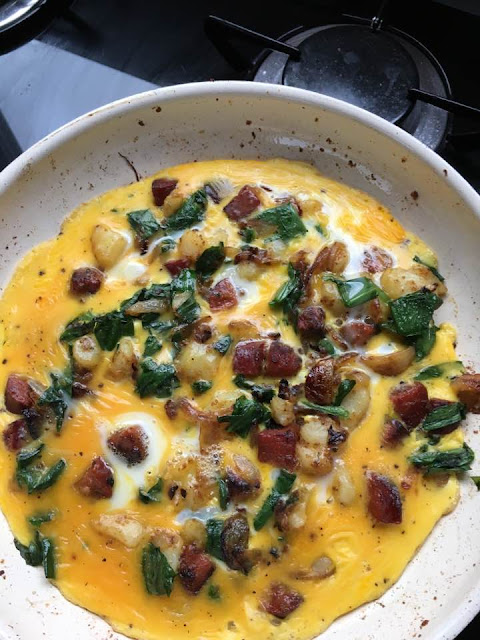