On Tuesday morning we set off up the remaining eight locks of the South Stratford canal to Kingswood junction.  It was busy and we were in a queue at the first lock and there were soon boats queueing behind us as well. We didn’t mind as we have no time constraints and once you’re into a flight of locks then the queue disappears.  At the first lock Karen nearly trod on a tiny toad; it also frightened Buddy who backed away from it! 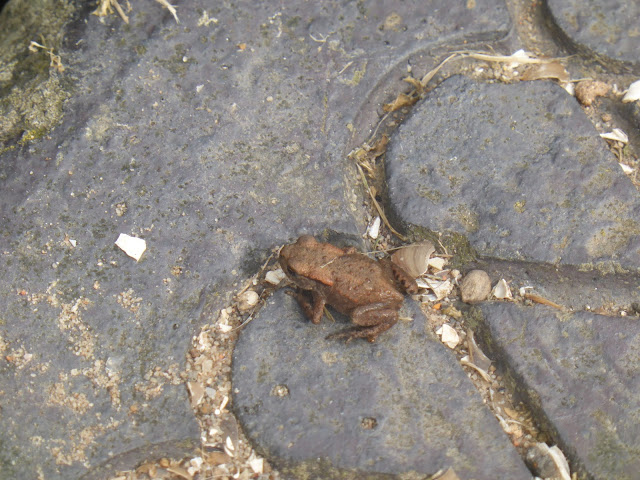 Karen couldn't resist taking a picture of the roof we washed down on Monday evening. 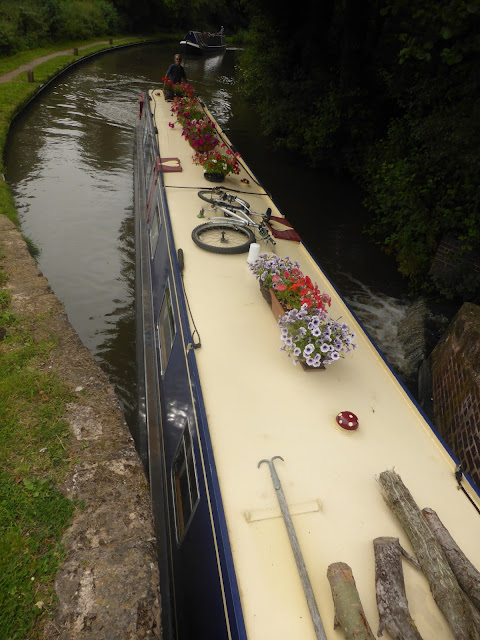 Here is the first part of Kingswood junction.  We had to turn right to go down a link to the Grand Union and straight on is the North Stratford canal that continues up to Kings Norton. 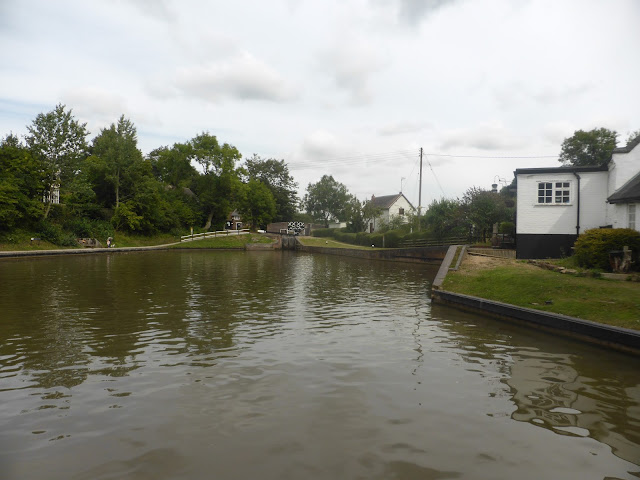 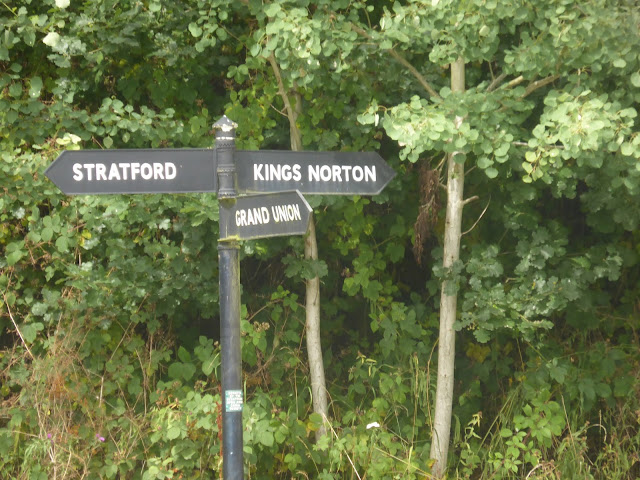 This is going down the link to the Grand Union… 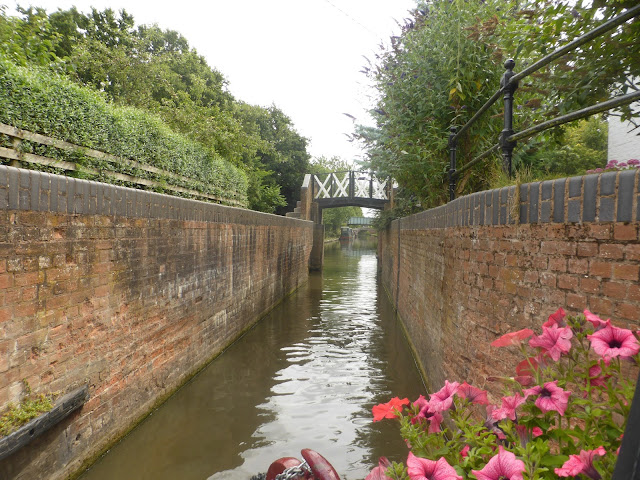 …and here we are turning right at the end of the link onto the Grand Union heading South. 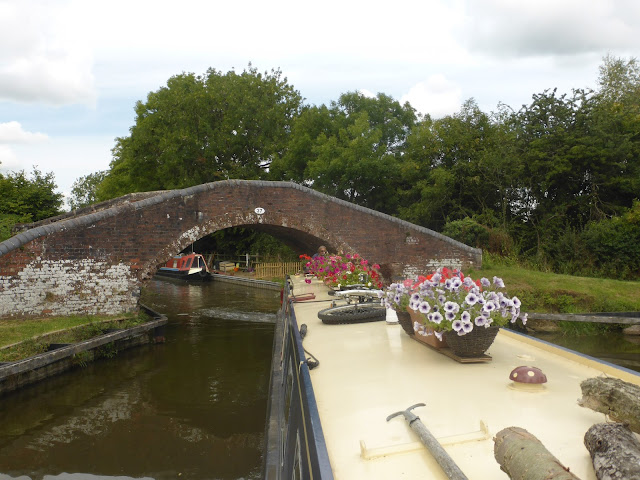 This is a new section of canal to us until we get to Napton junction which is 22 miles and 46 locks away.  The Grand Union is a broad beam canal all the way to Brentford in London apart from a small stretch at the beginning in Birmingham.  This means we will be back to locks wide enough for two narrow boats so hopefully we will find people to share the water (and the work) with.  We will be heading through Warwick and Leamington Spa over the next few days. 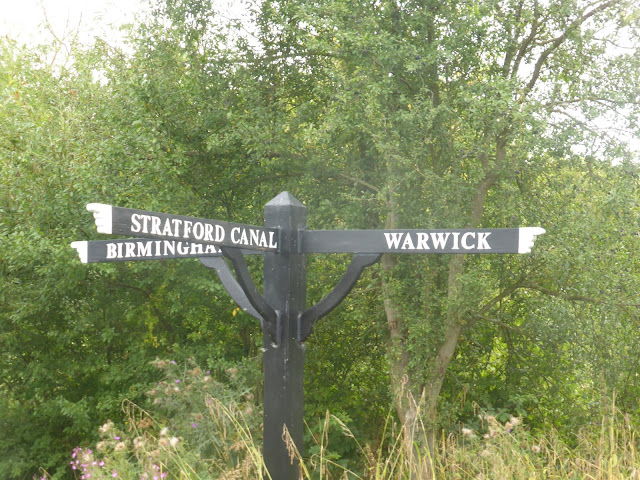 Other boaters continue to comment on our ripe tomatoes and that they have none.  We are now getting half a dozen a day from our plants. 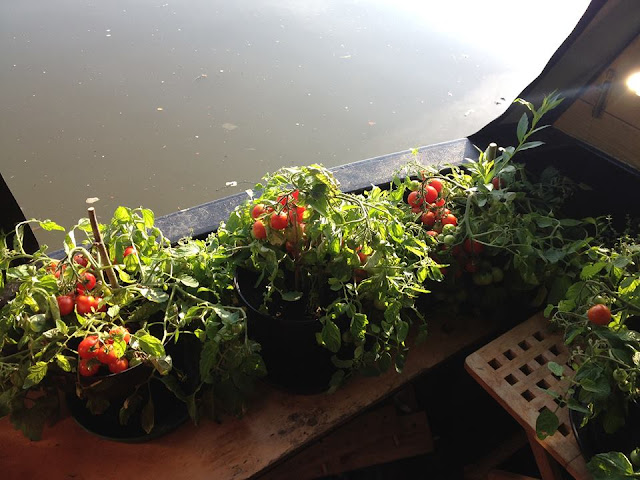 The guy on this boat was really jealous. 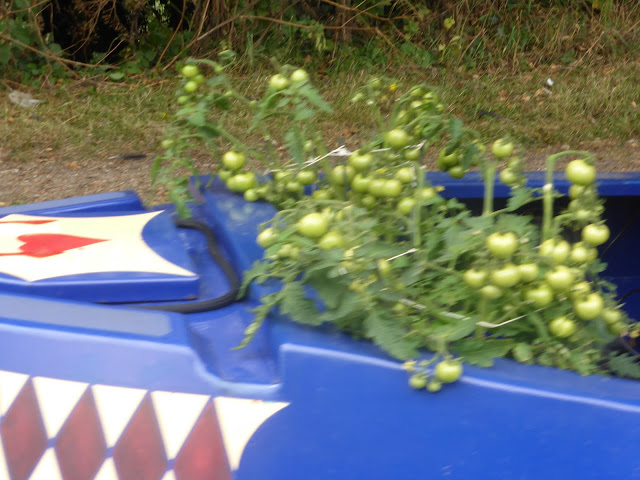 This woman’s washing looked a bit precarious and I avoided the urge to have an ‘accident’. 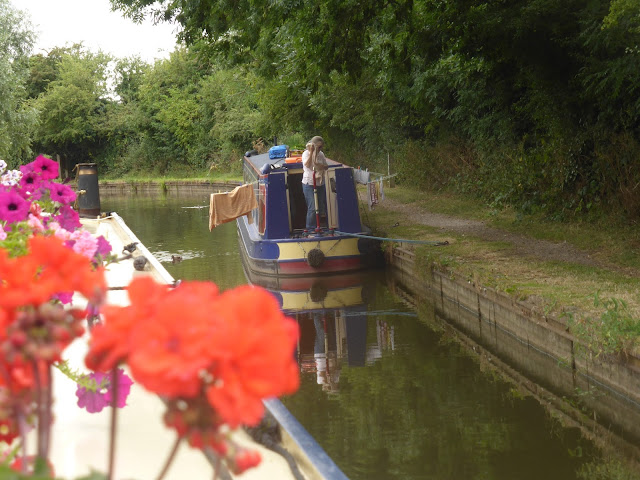 After mooring up at a pretty place called Rowington we went for a walk.  The path was a little overgrown so I had to beat down nettles with a stick. 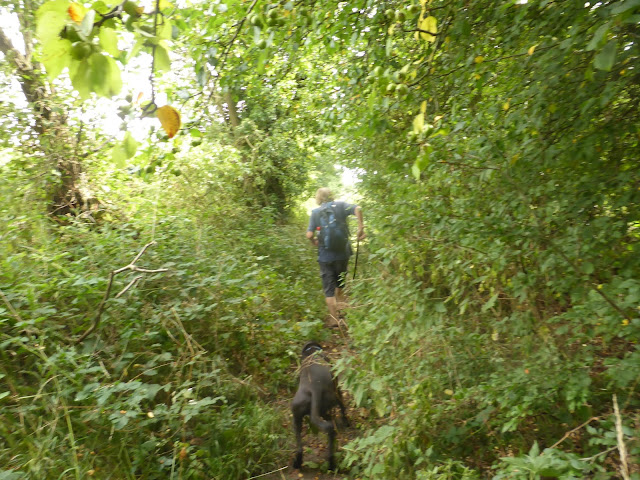 At one point we crossed the M40 on a cattle bridge. 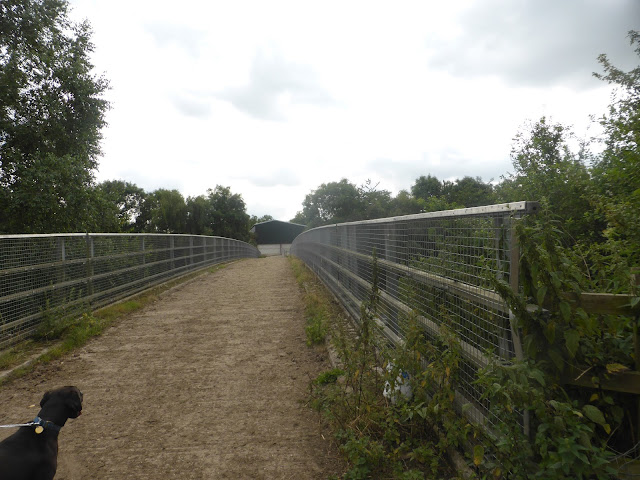 Just after the cattle bridge we had to cross a field of cows.  Cows have never been an issue and have always kept their distance from us but one of these was getting quite jumpy with Buddy and was beginning to snort and get close.  We suddenly realised why, as her calf was hidden in the hedge and we hadn’t seen it and had walked between it and her.  I dragged Buddy away and the cow ran to her calf and all was well.  It had nearly got to the point where I would have had to let Buddy go so he could run away. 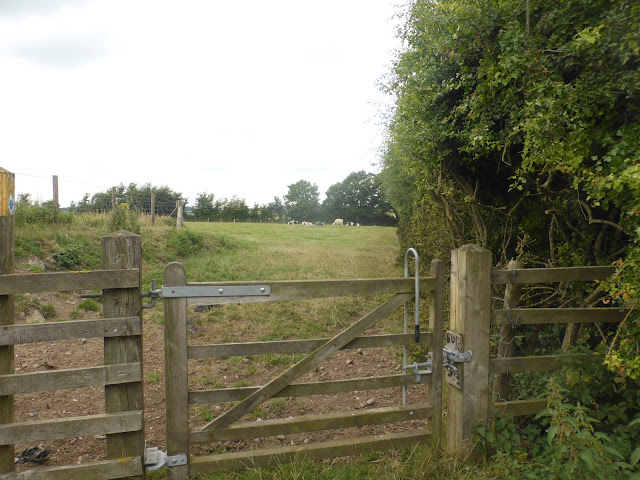 On the way back to the boat we passed this old road mile post. 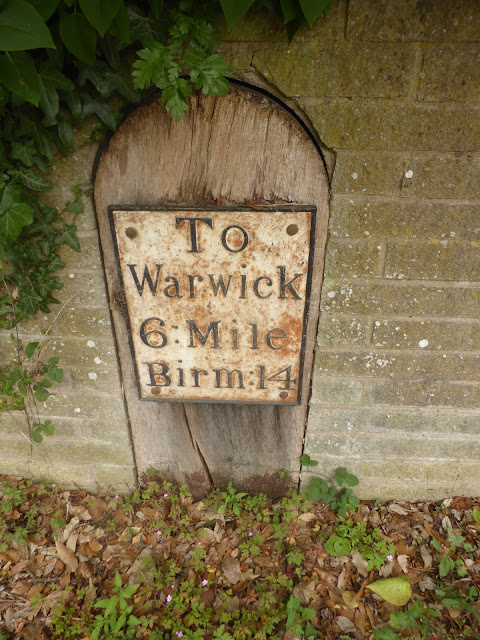 We spent the rest of the evening relaxing on board and noticed how much quieter this part of the canal is especially when compared to the Stratford canal that we have been on for the last few weeks. 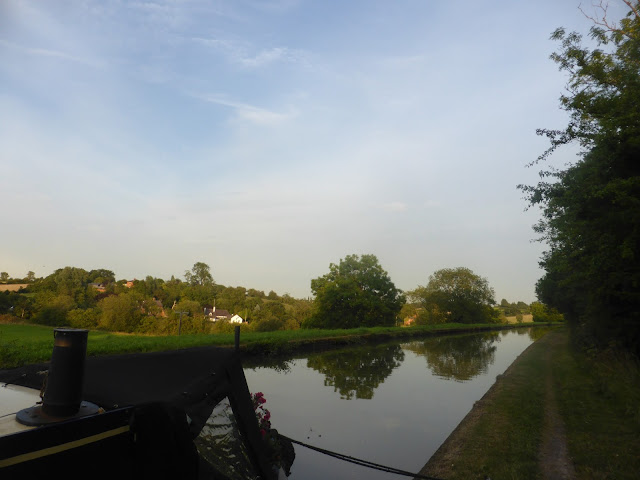