We left Braunston on Monday morning and started heading north again.  Buddy seemed happy to get back into the countryside and was particularly interested in this flock of Canada geese. 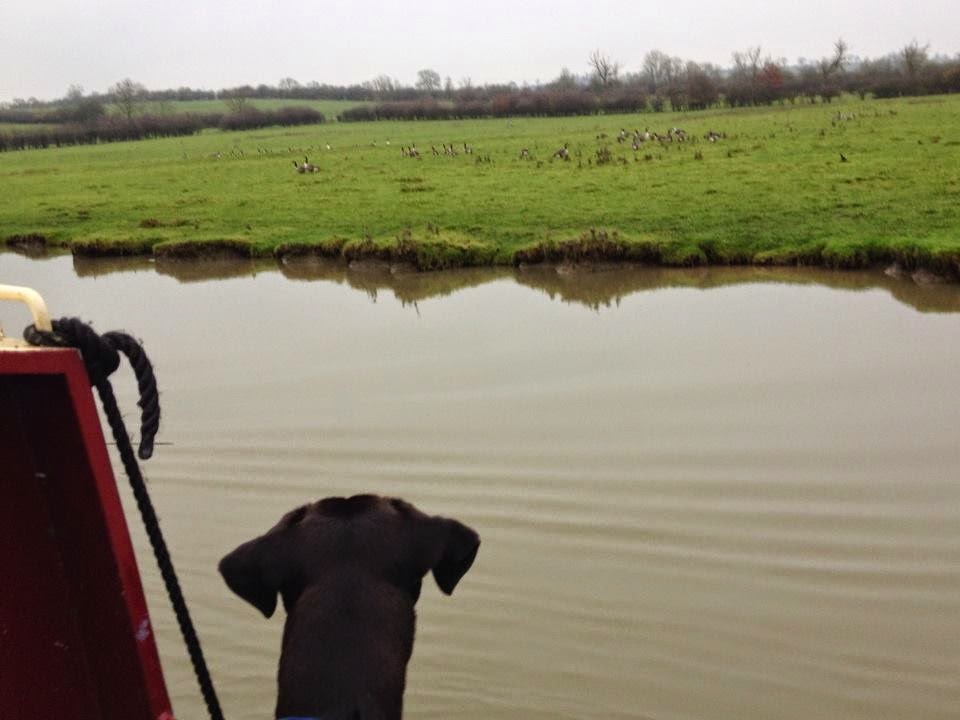 We descended the last two locks on the Braunston flight and stopped for water at the bottom.  Karen took the opportunity to mop down the outside of the boat. 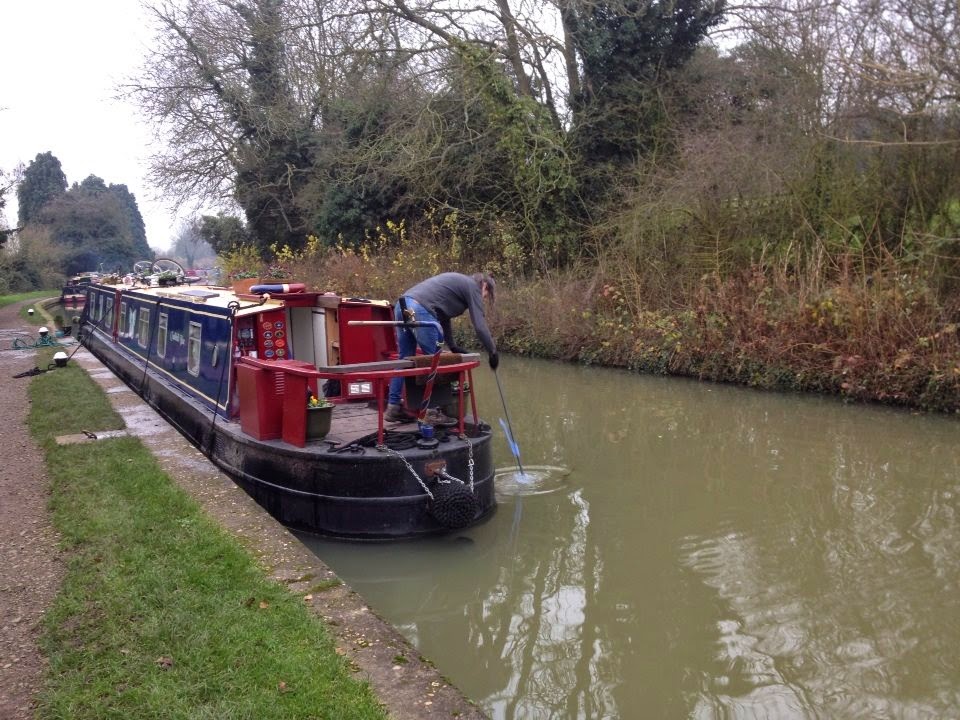 This is Braunston junction known as Braunston Turn; west to Oxford & Birmingham and north to Coventry.  We turned right (north) onto the Oxford canal.  Since moving aboard four weeks ago we have covered 97 miles and been through 93 locks. 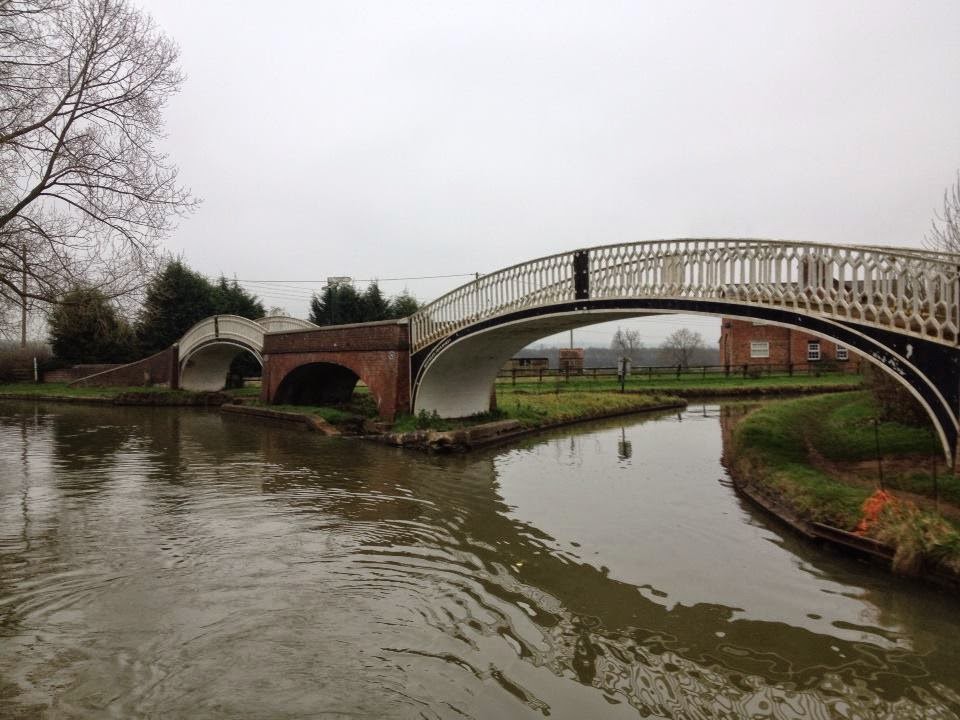 It was lovely being on the northern part of the Oxford canal as it is a narrow-locked canal which means there would be no more wide beam boats.  It also meant we could move onto a new guide/map book.  So it was goodbye to the well-used ‘Grand Union, Oxford and the South East’ and hello to the pristine ‘Birmingham and the heart of England' with lack of capitalisation. 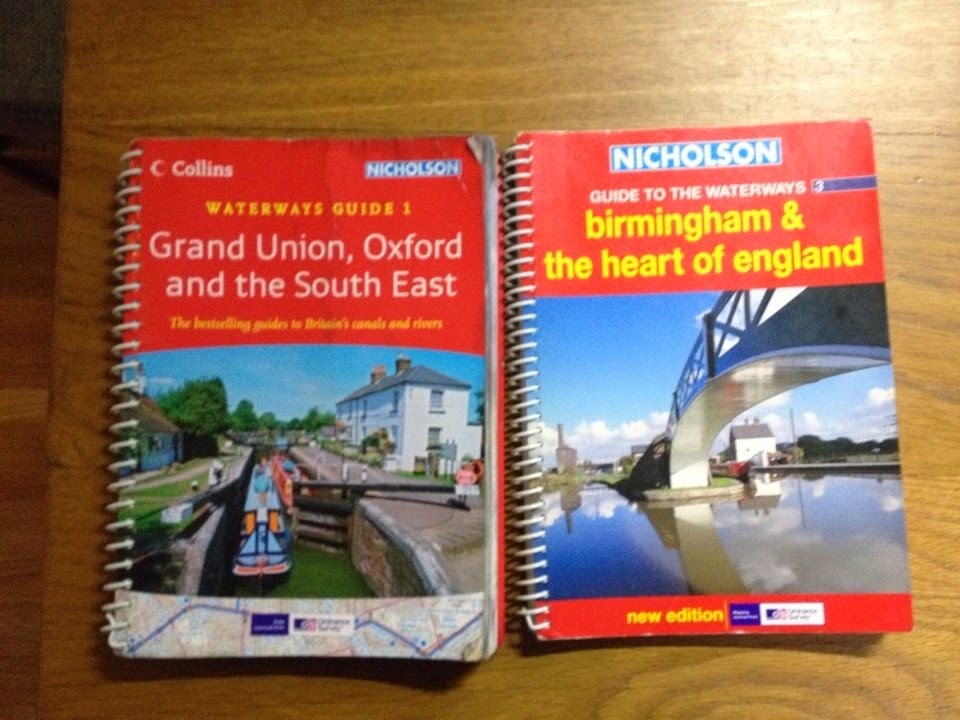 These guides are a must when cruising, not only do they contain detailed Ordnance Survey maps of the canals and surrounding areas, they give important information about boat yards, water points, navigational notes, supermarkets, pubs and places to visit etc. 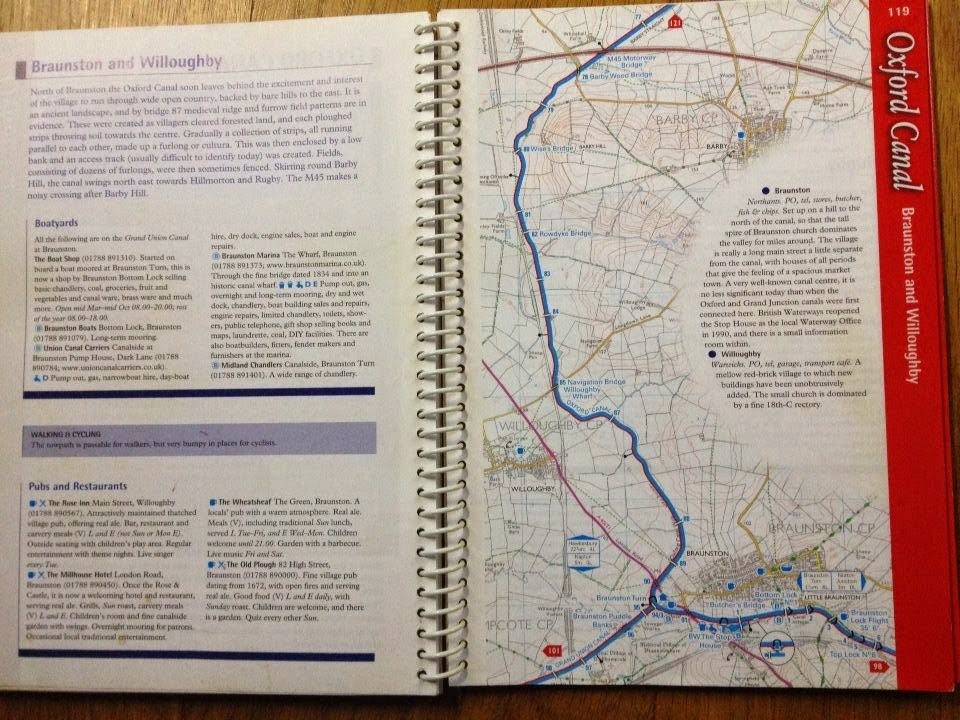 After a while we went along the 1 ½ mile Barby straight – a bit boring to be going dead straight for so long but we went under the M45 which confirmed to me that we are heading north. 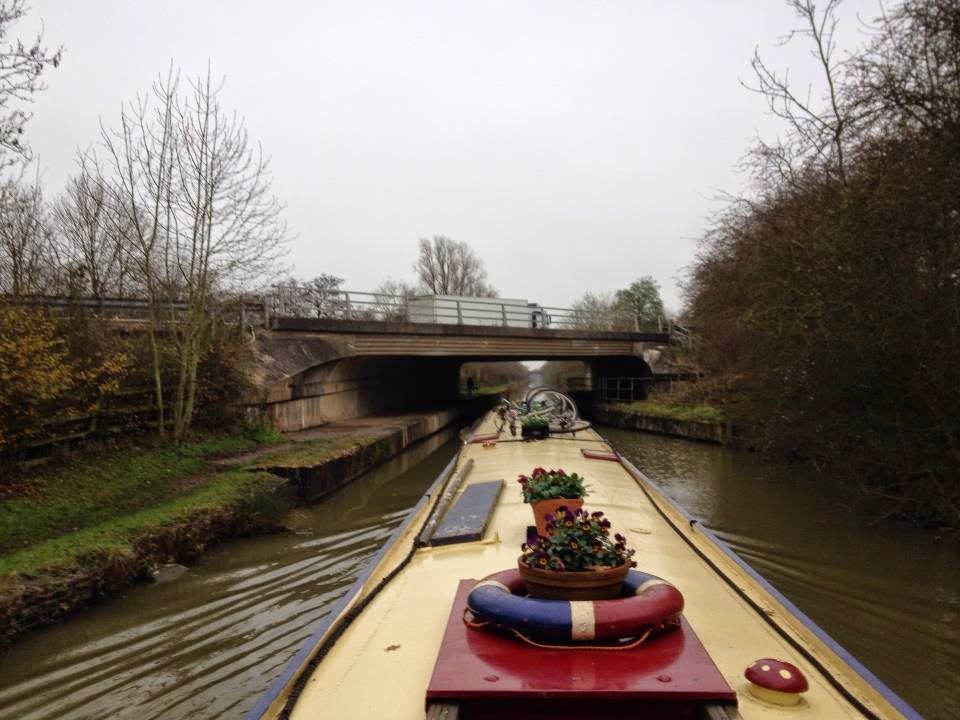 At Hillmorton we went down a flight of three locks.  A strange experience to be back on narrow locks; we have been going through wide locks for the last 15 months.  The Hillmorton lock flight is slightly different to most in that it is a flight of narrow locks in pairs.  Karen is just walking away from the left hand lock as she has just set it for a guy coming down on his own.  The locks were built like this to get the traffic through quicker.  Apparently this section to Coventry from Braunston was very busy which makes sense as the remainder of the journey to London was on broad locks so narrow locks would have caused a bottle neck. 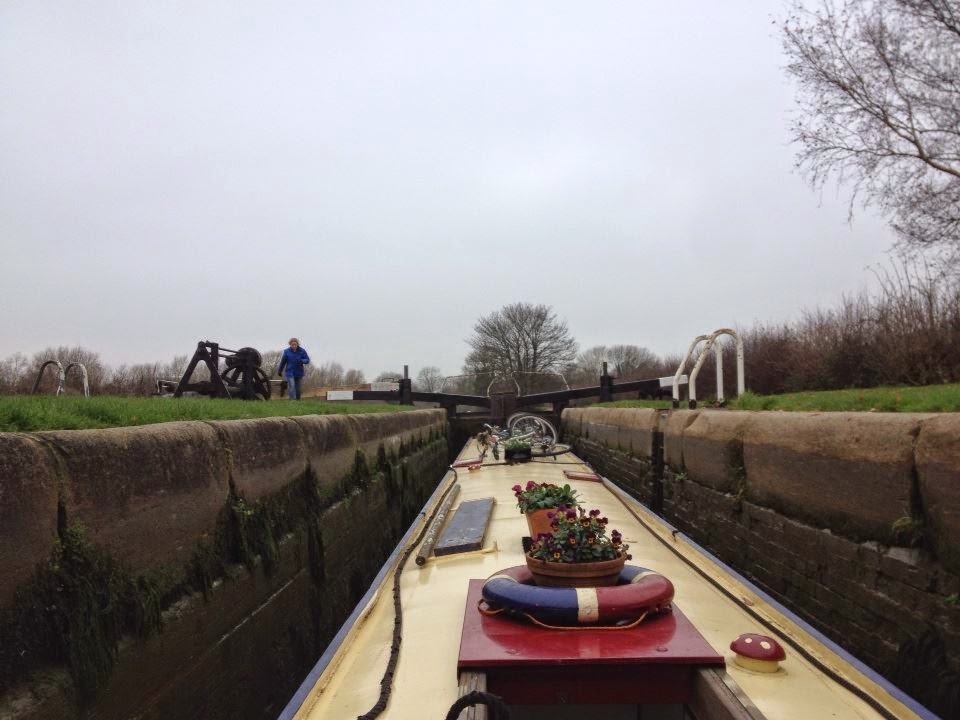 We arrived at Rugby at about three and walked into the town centre to try and get Karen’s phone fixed. We popped in at Tesco on the way back for our last big shop before we go back to Kent for Christmas.  We will probably have a quiet day tomorrow as it is forecast to be windy which is not ideal for cruising.