Hopwood (back again after a weekend cruise to Birmingham)


My youngest son, Jake, was coming up to Birmingham on Friday to go to a concert with us and then stop overnight.  The only problem was that we were moored eight miles south of Birmingham centre so had to cruise there on Friday morning.  This meant turning around (winding), going back through the 1 ½ mile Wast Hills tunnel and then the final five miles through Bourneville and Edgbaston before reaching the centre.  I did most of the driving so Karen could walk alongside with Buddy as she is still desk bound during the week (but only 16 weeks to go now😊).

It was a cloudless day, so lovely and sunny but feeling cold standing on the back of the boat when out of the sun.

Karen and Buddy came aboard for the 30-minute trip through the tunnel as the walk across the top isn’t particularly pleasant and it’s easy to get lost.  A friend of ours, Alison, was brought up in the area and has given us some interesting information about the tunnel that I will look into this week.

Last week I had gone in search of the three air shafts and found two of them.  I had assumed that they would be equidistant from each other and thought I’d check when going through this time.  There are markers every 100 metres on the tunnel walls and, as the tunnel is just over 2,500 metres long, I expected to see the shafts at about 600, 1,250 and 1,800 metres through the tunnel.

As it was, the ones at either end were only about 400 metres from the entrances whilst the middle one was just about dead centre (about 25 metres south of the middle).

I mentioned in a recent blog that steam tugs were used from about 1870 to tow boats through the tunnel.  At either end there were turning circles for the steam tugs and they can still be seen today.

The last four or five miles into Birmingham are pretty boring as it is dead straight with a railway line running alongside most of the way.  It reminds us of the Shropshire Union which is also very straight (but mostly rural) and many people rate it as their favourite canal, not so us, we put it way down the list.  Anyway, it wasn’t long before we could smell the chocolate factory at Bourneville. 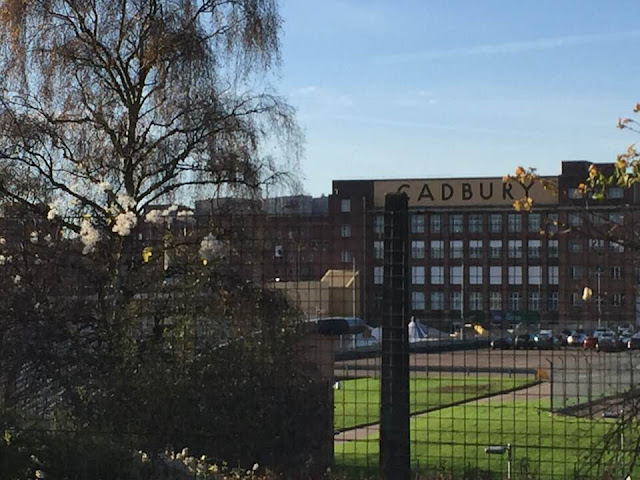 The five miles from Norton Junction to the end of the Worcester & Birmingham canal at Gas Street basin is different to most canals.  When sections must be drained, stanking planks are usually used to form temporary dams.  These planks are not used on this part of the canal; instead, there are stop gates under most of the bridges.  These can be closed when needing to drain a section of the canal. 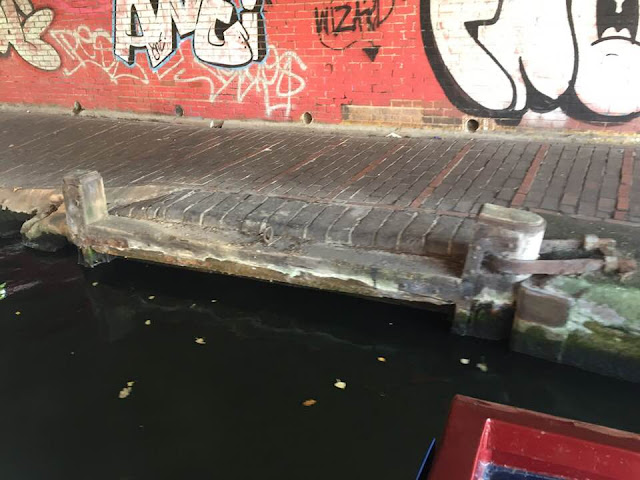 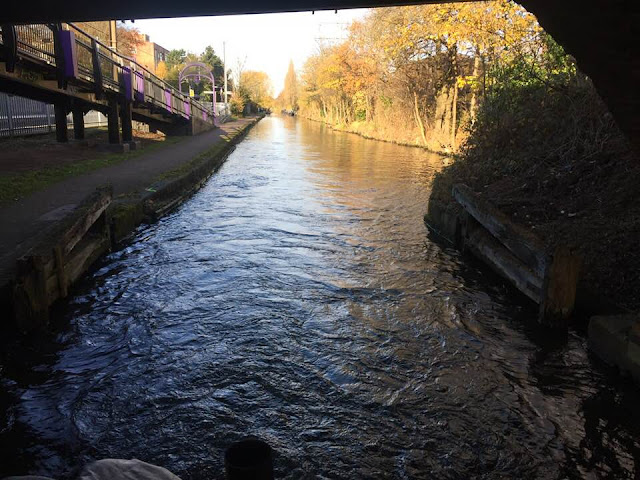 After a few hours we had nearly reached our destination but stopped to take on water at the Mailbox, one of the city shopping centres.

We were getting water with another boat, the name of which I can’t remember nor the girl driving it.  She was visiting Birmingham as a boat trader – selling glassware that she paints on the boat.  We saw her several times over the weekend and bought a mirror from her just before we left on Sunday.

Around the corner we arrived at Gas Street basin which marks the end of the Worcester & Birmingham canal and the start of the Birmingham Canal Navigations.  There used to be a stop lock here where the navigations changed but the lock gates have been removed as these days there are no tolls to collect.

Just after the stop lock, the canal goes under Broad Street which is the street that has stars of famous Brummies set into the paving stones.  In the afternoon we took Jake along to see the stars and had to admit that we looked a few up as we had never heard of them ☹

After passing under Broad Street the International Conference Centre is on the right and then you arrive at another junction where four waterways meet.  It is also just outside the Birmingham Arena (formerly the Barclaycard Arena) which was our destination.

We moored just past the junction right outside the arena.  There were very few boats moored up, unlike when visiting here in the summer.  Even though it’s in a city, most of the moorings are 14 days which is quite unusual as in many other towns the best moorings are usually only 24 or 48 hours.

We met Jake in the early afternoon and took him on a quick sightseeing tour of the city – it was his first ever visit to Birmingham. 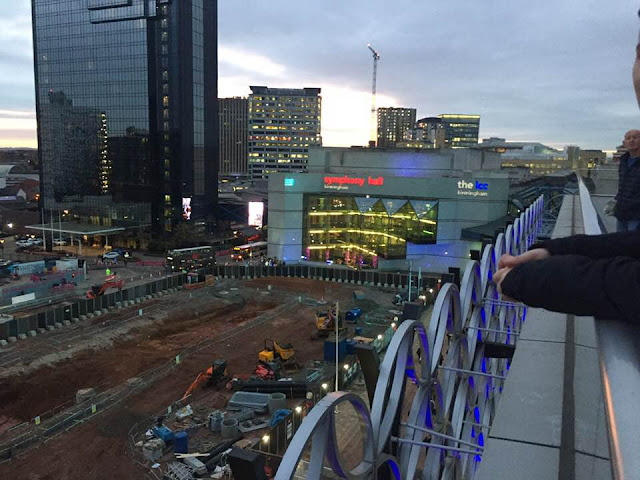 We also showed him the red doors in the bridge parapets around the city and found plenty of examples even though it wasn’t always obvious there was a canal underneath. 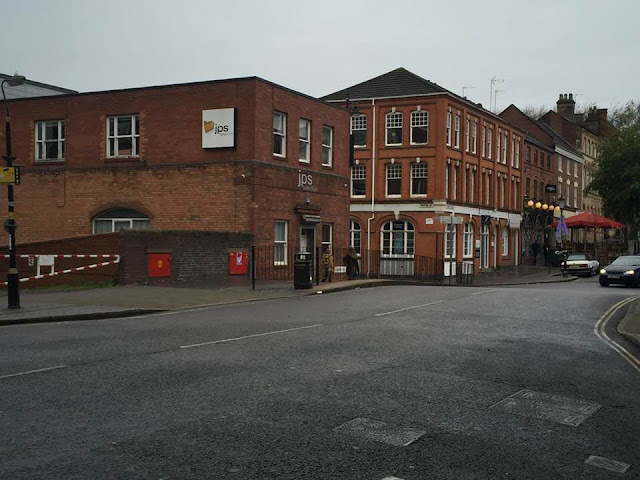 In the evening we saw Deep Purple at the arena who were supported by Cats in Space and Europe.  As always with Deep Purple, it was a great concert, but it was good to only have a two-minute walk back home rather than fighting the crowds in public transport.

Jake left around lunchtime on Saturday and I met up with Judith and Nigel in the Brew Dog pub near New Street station whilst Karen went to a wool shop she knew of.  Since its revamp the station is called Grand Central on its facades but elsewhere, and on signs leading to the station, it is still referred to as New Street – must be very confusing for visitors and foreigners.

We stayed in on Saturday night and had a good catch up with Judith and Nigel as its been a while since they visited.

On Sunday we had to get back to Hopwood as we had left the car there all weekend to save bringing it in to Birmingham.

Nigel, Karen and Buddy walked along the towpath to the university whilst Judith and I drove the boat alongside them.  Judith and Nigel then walked back to catch a train home and we continued on, retracing our route from Friday.

We moored back where we had been last week and went to check the car was OK.  All was good, and we brought some go kart tyres back to the boat that Karen had got from a friend at work.  We needed a couple more and four were for Mike and Lesley for their boat when it is delivered (soon 😉).