We had a short cruise into the centre of Middlewich on Saturday.  Considering it’s a town the entrance by canal is relatively pretty.  Here we are coming through a couple of the many bridges in this part of town. 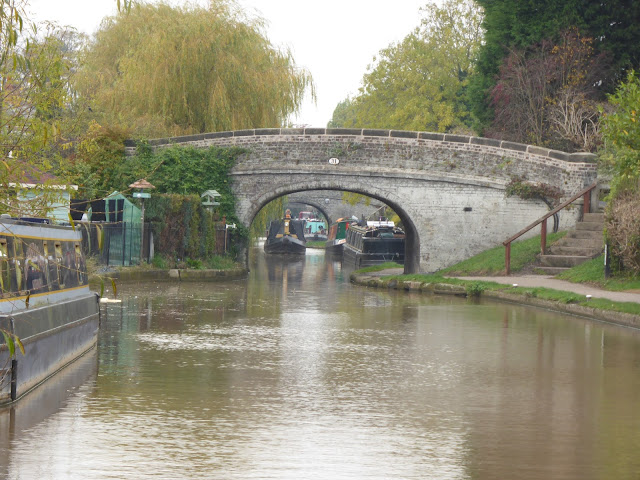 We went down the last two locks on the Middlewich branch of the Shropshire Union– Stanthorne and Wardle locks.  The lock house at Wardle lock was being renovated when we came through six months ago and it didn’t look like much has been done since. 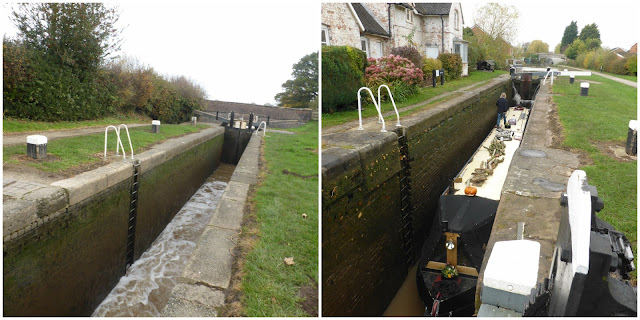 The stretch of canal between Wardle lock and the Trent & Mersey (the other side of the bridge) is known as the Wardle canal and at 154 feet long is the shortest canal in the country.  Its purpose was to enable tolls to be collected in the lock for boats passing between the Trent & Mersey and the Shropshire Union.  You can just make out the inscription on the bridge stone, "Wardle Canal 1829". 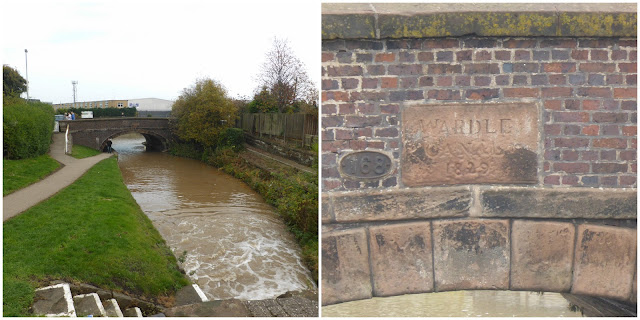 As we came onto the Trent & Mersey we turned left heading North. 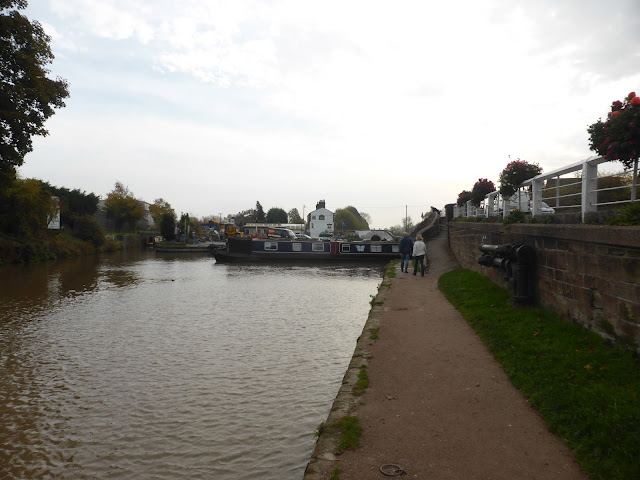 A boat was turning at the junction so we had to wait for them.  Coincidentally it was Ron and Paulene.  We had met them before as they used to build narrowboats and had built Dave and Barbara’s who we met up with a couple of times recently.  Their company was called Dream Narrowboats and the last boat they built before retiring was for them and was poignantly called Last Dream. 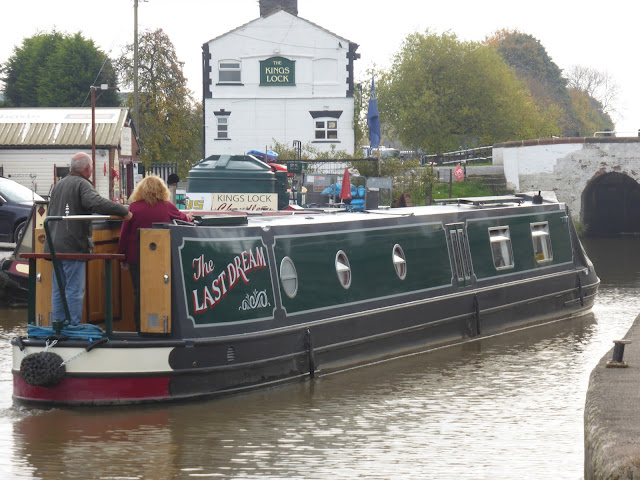 It was good to get back on the Trent & Mersey as there are mileposts on this canal. 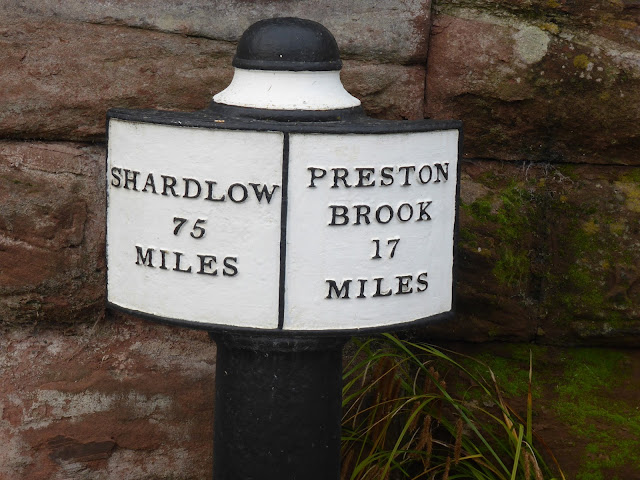 We dropped down the three Middlewich locks and moored up for the night in the centre of town in time for the world cup final.

Our task for Sunday was to get past a railway bridge four miles north of Middlewich.  The canal is being closed from Monday until Christmas as Network Rail are re-decking the bridge.  Health and Safety rules dictate that the canal has to be closed during the period in case any debris falls on passing boaters.

It was very foggy when we first got up so we left it a couple of hours for it to lift a bit so it was safer to get on the move.  When we hit November I know it's only a few weeks before the days start getting longer and a new year is upon us.

Soon after leaving we went down Middlewich Big lock which is the last wide lock on the Trent & Mersey if you are heading south from the Manchester or Runcorn.  Conversely it is the first wide lock heading north up the Trent and Mersey since soon after Nottingham. 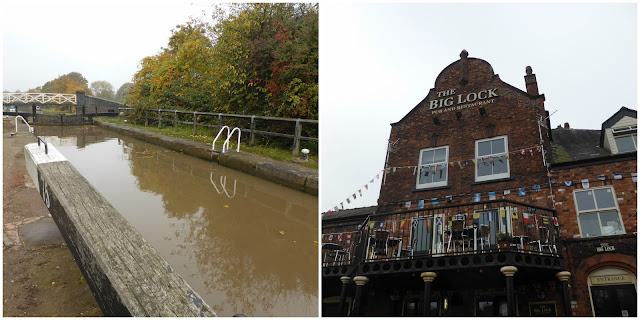 We stopped at a householders’ rubbish dump to clear our rubbish and recycling and then crossed the River Dane on the Croxton aqueduct. 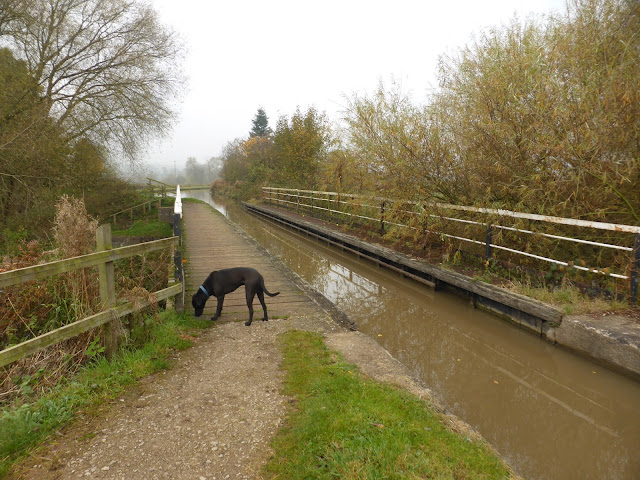 There are many ‘flashes’ in this area which are large lagoons caused by subsidence because of the salt mining in the area. 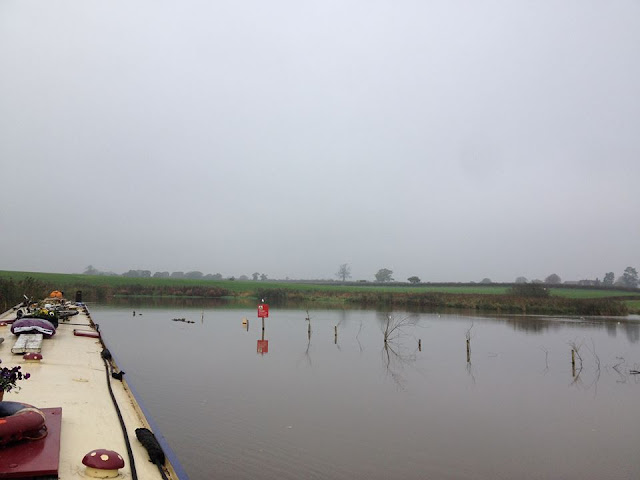 We haven’t had a picture of a heron for a while so here is one in Croxton flash. 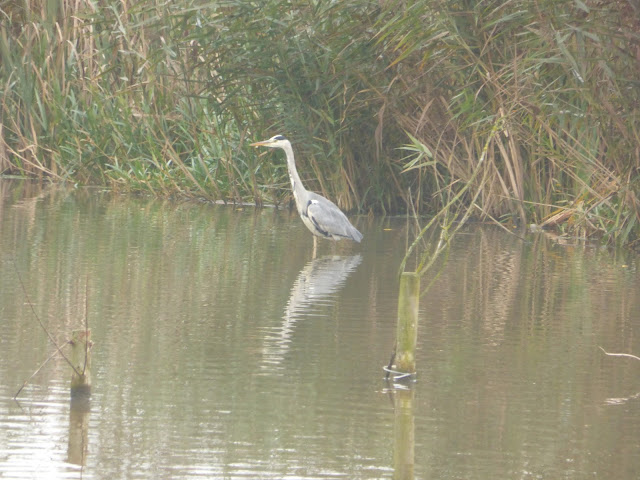 Our pumpkin has gone a bit soft but as Sophie told us, it was meant to be a happy pumpkin. 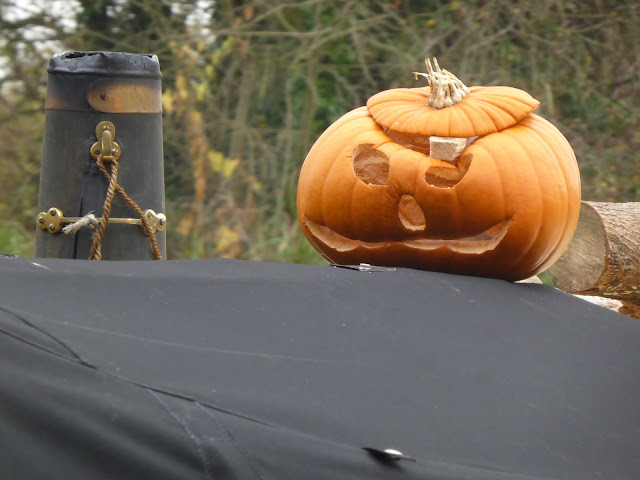 A couple of miles outside Middlewich we passed one of our favourite mooring spots but it looked a bit grey today.  Judith (my sister) and Nigel visited us here earlier in the year. 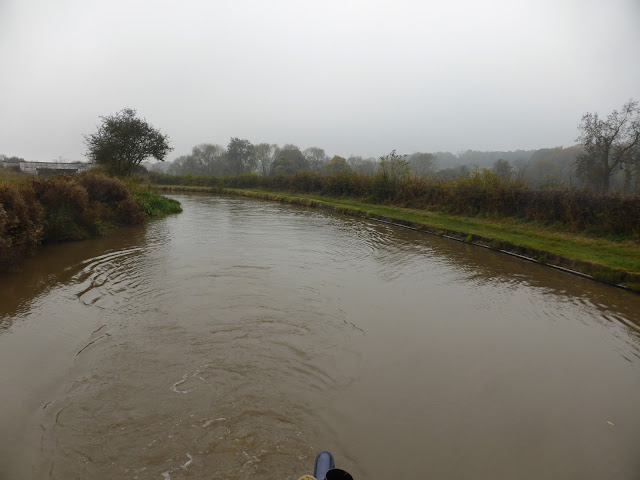 For lunch we stopped at Bramble Cuttings.  This is one of the places where clay was brought down from local clay pits to be puddled into the lining of the canal.  The end of the clay truck tracks are painted white and you can make out the pointed up ends that facilitated the tipping of the clay trucks (left hand picture).

We hadn’t noticed before but the wooden furniture was made by HM prison inmates out of old lock gates. 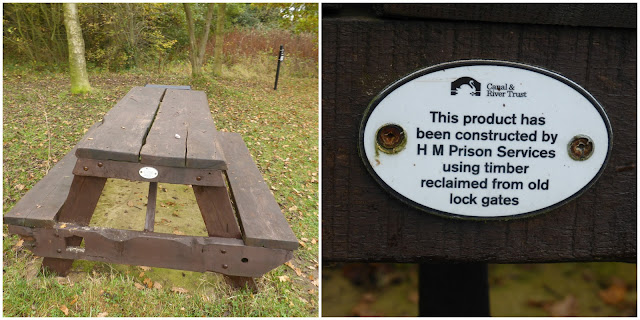 Soon after leaving Bramble Cuttings we spotted another old clay truck railway line – the tracks having been pushed apart by trees. 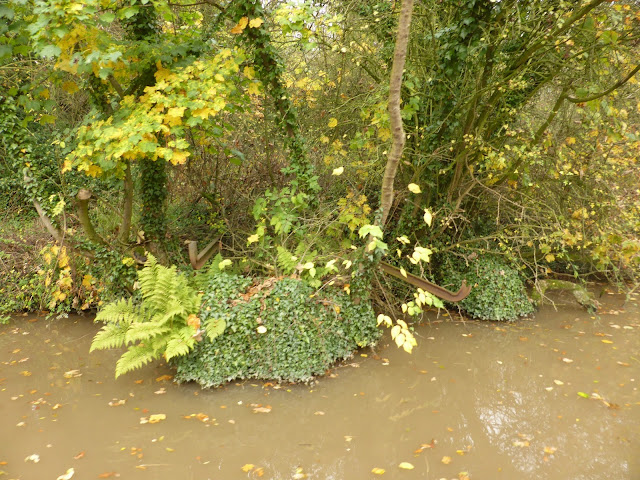 Next we came up to the bridge that was being closed the following morning.  I must admit that some of the ironwork did look a bit suspect.  We will have to walk back down in the morning to see how they actually close off the canal. 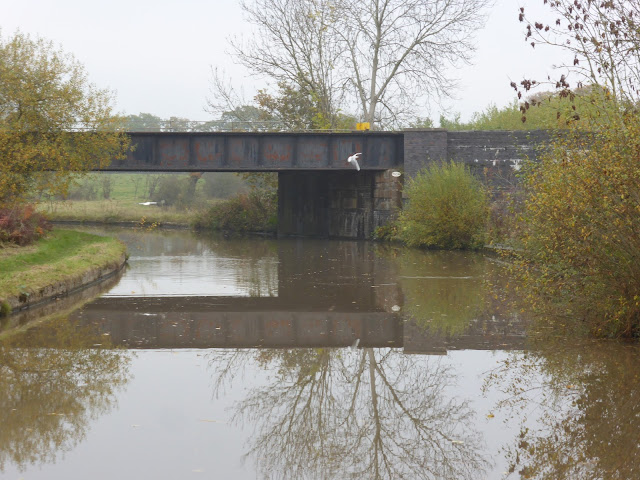 We moored just after the bridge in Billinge Green flash and remembered that we moored overnight here on 21st May this year with some lovely boater friends, Les (nb Country Rose) and John & Sue (nb Nuthatch).  This was when they were on their way up to Lancaster - little did they know then that they were going to be trapped the wrong side of a breach and both boats had to be craned out after a few weeks. 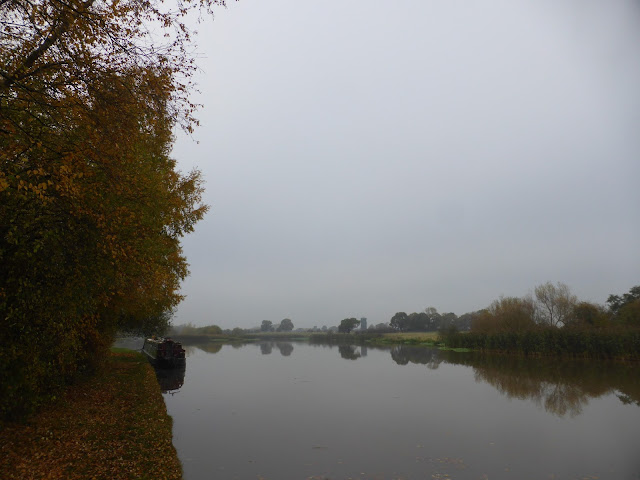