Buddy and I set out for our next mooring after breakfast on Thursday. We had to call in at the shop in Shrewley on the way as I had forgotten something when we went yesterday – mushrooms, which are pretty important in the mushroom based dish I was cooking in the evening.  I cook each weeknight but Karen tends to choose the recipes; Karen likes to cook at weekends but if we have a curry then I tend to cook those.

I heard from my dad when we were walking to the shop and they need to install a stairlift before Mum can come home.  A lift would be a good solution as they both need it and it means they don’t have to move to a bungalow.

There are visitor moorings each side of the tunnel with access to the village and we went through the tunnel first, before mooring up.  Shrewley tunnel is one of the wettest tunnels we’ve been through and consequently the walls are covered in flowstone.  Without a flash I couldn’t get a picture of the flowstone but I managed to get one of the flows of water coming in. 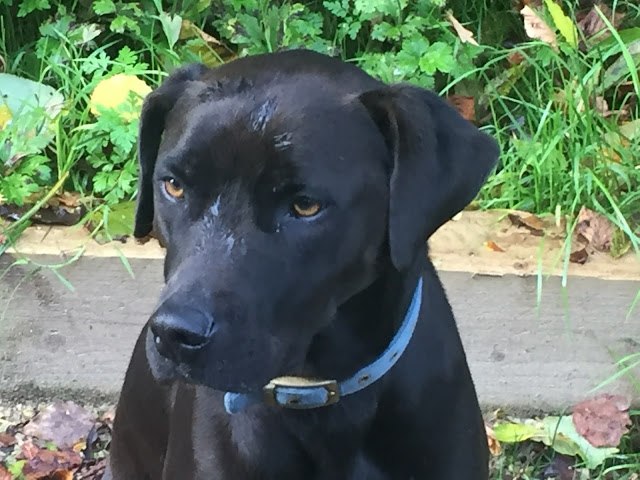 I’m sorry, but I know I always post a picture of the two tunnels at Shrewley each time we pass through.  I can’t help it as they fascinate me so.

The towpath tunnel is very steep and dark but Buddy bounds through it as if it’s daylight.  We went to the shop and then came back to the boat to get on our way again.  I decided to carry on and have a late lunch at Lapworth rather than stopping at Shrewley.  It’s a bit dismal on the visitor moorings.

After leaving Shrewley we passed a stanking plank store.  There aren’t many on the northern Grand Union and most are in a sorry state.  I suspect most are held in local storage at places like Hatton as are those on the Stratford canal.

A bit further on I saw an asset checker.  These guys constantly walk the towpaths taking pictures and notes of each CRT asset such as bridges, culverts, locks, aqueducts etc.  What a great job, being outside all day, whatever the weather.  Plenty of time for musing.

We soon hit Rowington where the canal runs through on a massive embankment followed by a deep cutting.  I always marvel at how many men must have been employed to dig the cuttings out by hand and take the spoil further along to build the embankment.

After coming out of the cutting a heron joined us for a while.  He would stand on the towpath and when I came alongside, would then fly further down to repeat the process: 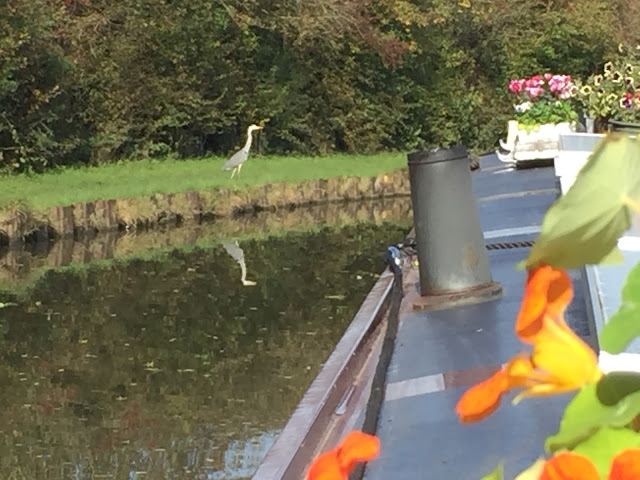 I spotted a buzzard sitting at the top of an oak tree too: 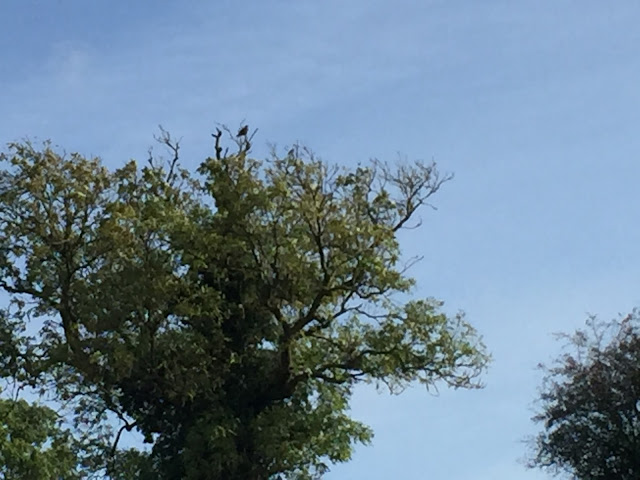 I decided to stop for water by the Tom O’ The Wood pub and tidied up the cratch whilst waiting for the tank to fill.

The house behind us in the picture above has been slowly improved over the years we have been coming through here.  The building to the left of it is the pub.

Leaving the water point we were greeted by a line of mallards: 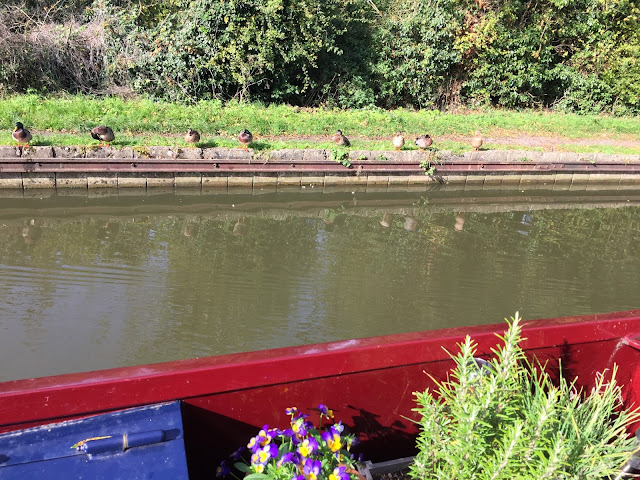 The moorings at the pub are 24 or 48 hours only so people who want to stay longer tend to moor further on.  The moorings revert to 14 days between November and March so continuous cruisers tend to fill up the visitor moorings during the winter.

As I rounded the corner I recognised a moored boat, it was Pohutukawa, Craig and Sarah’s old boat.  They sold up six months ago and moved to live in a van in South Wales. I stopped to chat with the new owners, Joe and Lisa, who are also cc’ers and are slowly making their way to Stratford.  No doubt we will see them again over the winter.  Craig and Sarah spent their pre-family years in New Zealand and named their boat after what is commonly called, the New Zealand Christmas tree.

We soon arrived at Lapworth east junction where the Lapworth cut goes off to the left to join up with the Stratford canal.  I was hoping to moor in the cut where there are a couple of spots that are in the sun most of the day.

Unfortunately, both spots were taken; one by three small cruisers and one by a CRT work boat.

My plan was to moor below the first lock which is at the end of the basin.  As I knew I would need to get to the basin again in a few days for services I decided to reverse down the lock so I would be heading in the right direction for coming up again.

The boat on the right was at the service point and the people told me they were staying there whilst having their lunch.  I thought that was a bit odd as they should have asked if I wanted to use the services, which, as I was reversing down to them would normally have been the case.  I kept quiet and carried on my way.

As I was reversing into the lock a CRT guy picked up my windlass, which I had left by the lock gate, and came up to give it to me.  He thought I was reversing back because I had forgotten it!

Fortunately, this lock is easy so my back held up and we soon moored up opposite the field that hosted a wedding when we stayed here for a few weeks in March.  I know the time limit is two weeks but we were able to stay longer as we were waiting for locks to reopen after the winter maintenance 😉

Whilst mooring up, two separate women walked by with their dogs and we all remembered each other.  Buddy and Bridie, in particular, remembered each other as well - they used to have great fun tearing up and down the towpath.  After chatting with the girls, I went inside for my late lunch.

In the afternoon we went for a walk around Lapworth and met a few more people we knew.  I also dropped off some books at the boaters’ book swap in the service area thus reducing more of the unwanted items at home.

The solar butterfly lights are working really well at the front of the boat but phone photos don’t do them justice. 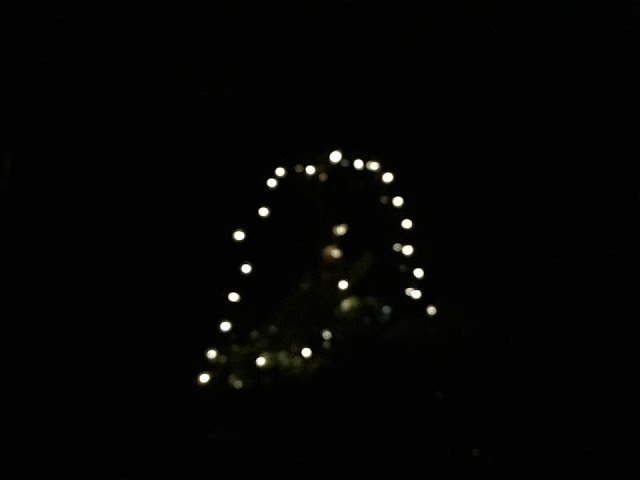 It really is rather good to be back here in Lapworth and we always feel extra happy when on the Stratford canal 😊
Email ThisBlogThis!Share to TwitterShare to FacebookShare to Pinterest

Lovely to meet you, hope to see you again over the winter. Cheers matey jo and lisa (pohutakawa)