We set off from Fenny Compton in the late morning with Karen and Buddy walking along the towpath.  It’s really handy having Karen on the towpath on this canal as it is so twisty and she can give me ample warning of oncoming boats.

We’ve always been fascinated by this narrow footbridge in the grounds of Wormleighton Grange.    It is called the Wedding Bridge and it is unnumbered so I suppose it is a private bridge.

Apparently, it replaced a previous rickety structure in 2009 which was also called the Wedding Bridge but I have been unable to find out the origin of the name.

After stopping for lunch, we carried on to just before Priors Hardwick.  Just south of bridge 126 the bank has Armco which makes great mooring for two or three boats.  It is usually full up but we were in luck and it was empty.

As my back was still feeling OK we walked back across the fields to fetch the car which was parked at Fenny Compton.  On the way, we went through the hamlet of Wormleighton – another one for our list of places to live one day.  Karen had a great idea for an app – see a house you fancy and pin it in the app somehow so that when it comes on the market you receive an alert.

I’m not sure what defines a village or hamlet; I had always thought that if there is a church then it must be a village.  Even though there’s a fine 13th century church in Wormleighton it feels like a hamlet as there are so few houses.

We had some brilliant 360-degree views of the Warwickshire countryside and could make out the church and windmill at the top of Napton-on-the-Hill.  Karen took some panorama shots but they didn’t do the vista any justice.  In fact, ordinary shots didn’t do any better but I have included one for the memory. 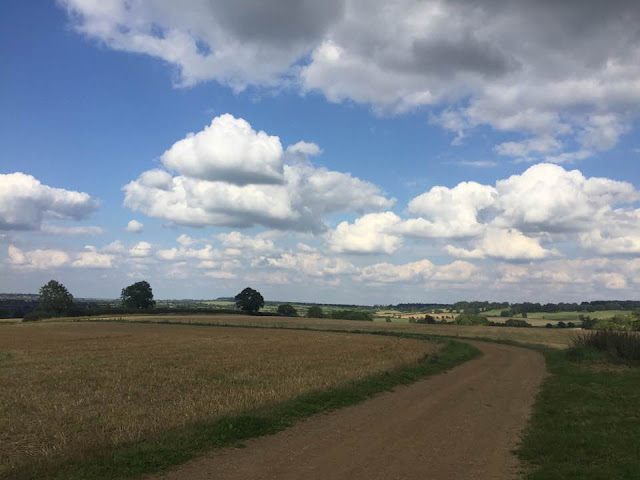 For dinner, Karen tried a new salmon steak recipe she had found and it was definitely one to add to our recipe folder 😊 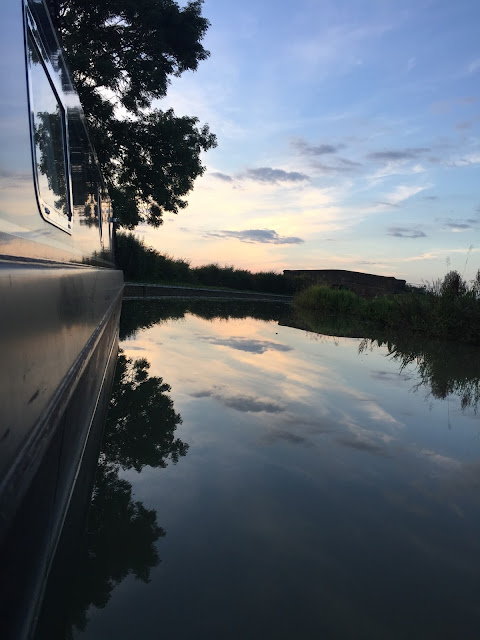