Shirley (a long time since it’s rained all day)


This is the view when I looked out of the cratch this morning: 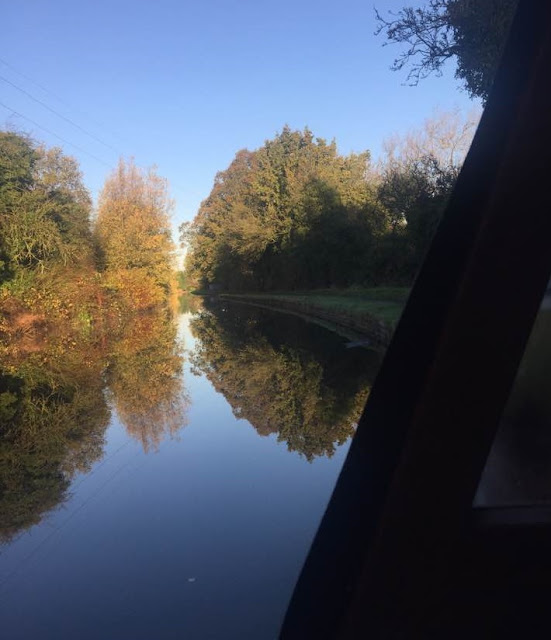 Quite the opposite to the day we had on Tuesday when it rained constantly during the daylight hours.  Even Buddy seems to be aware when it’s raining and is consequently quite happy to be curled up on his bed.  We eventually ventured out and we walked down towards Kings Norton.

Kings Norton is where this canal ends/starts at a junction with the Birmingham & Worcester canal.  According to the graffitied milepost near our mooring we are only four miles away.

We didn’t walk that far but I did find a milepost that I was missing from my collection of canal mileposts – the one indicating we are only three miles from the junction. 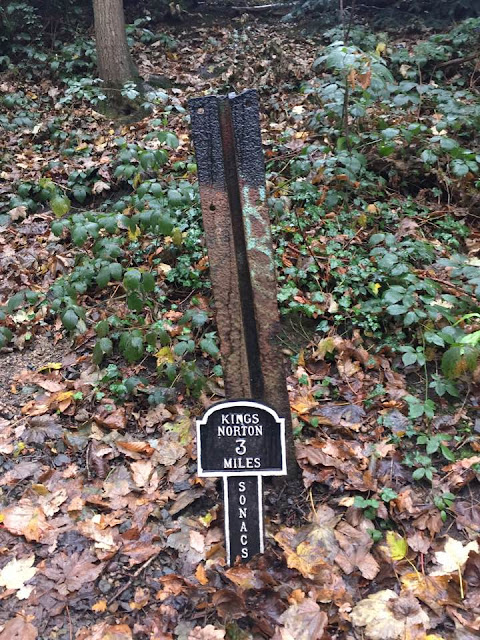 The one with the number on is one of the modern ones; they were added at each of the 25 miles of the Stratford canal to mark the millennium.  SONACS stands for Stratford On Avon Canal Society who were one of the parties involved in the restoration process which reopened the canal to boating in the 1960s.

The canal was originally started in 1793 from Kings Norton but wasn’t opened right down to the River Avon at Stratford until 1816 – that was a long time to build a canal in those days.  Image how long it would take today though.

The rail behind the new milepost was placed there when the railway company took over the canal in the mid 1800s.  It seems they placed these rail markers at ¼ mile intervals and most can still be found today.  As for the more modern ones, I only have two to find – the one and 17-mile markers.

Very sad to see all this litter thrown over the bridge parapet.  It is in a most inaccessible place and as it can only be seen from the canal I doubt it will ever get cleared up. 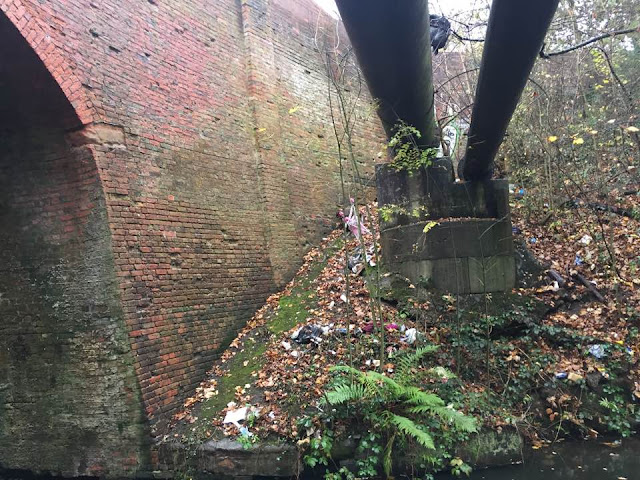 Buddy was most unimpressed when I took him out for his afternoon walk but, to be fair, we didn’t walk far and we were soon back indoors in the dry.  I had had the stove on all day as for some reason I had chosen to do the weekly wash on a wet day.  Still, at least it was all dry and packed away by the time Karen got home from work.

Talking about Buddy, I was chatting with my dad the other day and he was telling me that he has finally got internet connection in the hospital and could catch up on the blogs.  He said he was particularly keen on “Bloody’s bog” and hopes he does another one soon.  Great spoonerism 😊
Email ThisBlogThis!Share to TwitterShare to FacebookShare to Pinterest