Alvechurch (the joy of getting insured as a traveller)


Karen and I went for a cheeky Wednesday drink on Tuesday night at the Crown which is opposite where we are moored this week.  We sort of have a moral duty to pop in there as Joe, the landlord, let’s Karen park in the car park.  It’s the sort of pub that should do really well; it’s in a great location and is quirky inside.  It has recently changed hands yet again and is quite quiet as the new owners are working on a refit.

It would be great if they could leave it as it is, a traditional English pub. It has separate public and saloon bars, which is not unusual I know but it also still has the off sales window and a snug/smoke room.

Wednesday morning saw me and Buddy walking down to one of the butcher shops in the village as I had run out of pork pies. I know they’re not everyone’s cup of tea but I always like to try what is on offer from each new butcher we find.  I have to admit that these Black Country pies are rather good so hence the stocking up.

I seem to have spent a lot of time on the phone and internet this week trying to renew our car insurance.  Fewer and fewer companies seem to want to cover travellers like us; they are insistent that the vehicle must be kept overnight at the insured’s residence.  It doesn’t seem to matter whether it is on the road outside the house, on the drive or in the garage.

Large companies like Aviva used to cover travellers’ vehicles but no longer and it seems we are now down to one specialist company, ERS or Equity Red Star, a Lloyds syndicate who seem to specialise in niche motor markets such as historic racing cars etc.  They only deal through brokers so it’s a matter of finding a broker that has them on their panel.  I found that Hearts Insurance (HIC) could get the best rate even though it’s more than double the premium if the car was kept at an address.  By the way, I have mentioned names as it may help any fellow cc’ers reading this and it was Jessica I dealt with.

The policy schedule states that the car is kept on public roads and that the insured are resident on a travelling boat so at least we’re covered.  From some of the conversations I had it seems many people won’t be covered with their standard insurance including those who go off cruising for a few months taking their car with them.

On our afternoon walk we passed a house that had it’s Christmas decorations up already!  Not only that it had a large display of reindeer and other beasts in the garden!  I’ll leave my thoughts on Christmas out of this blog entry but with such an extended period these days I doubt I’ll be able to contain myself. 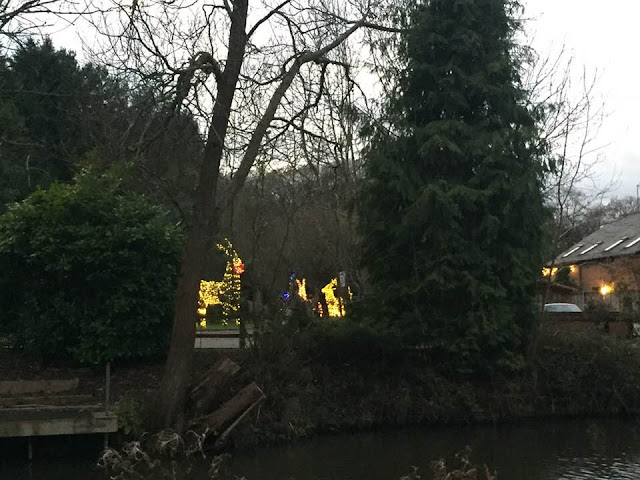 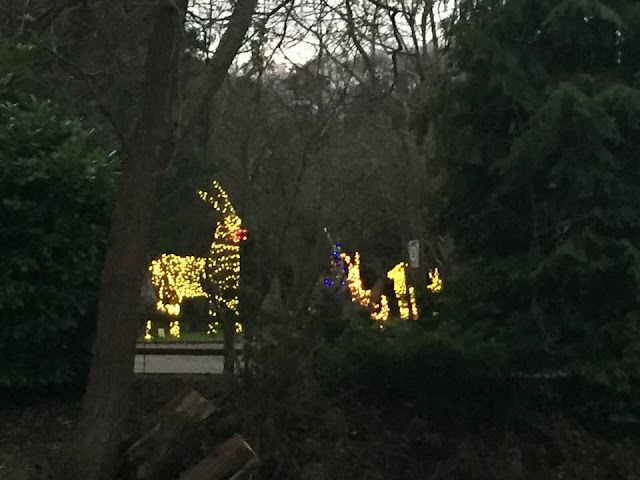 It has been a brilliant week weather-wise; cold but clear and bright.  I think I ought to get Buddy’s coat out as he must feel the cold being so skinny.


At least we have our favourite coal to keep the boat toasty.  Mike pointed out that when I talked, in a recent blog, about the different types of coal we’ve tried that I never mentioned what we found best – it’s a brand called Excel.  We have come across two different Excel products and the one that works for us is the one in the bright yellow bags. 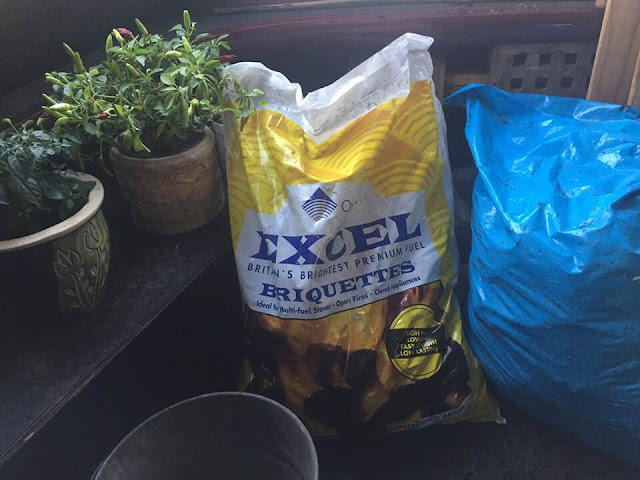