Fosse Way (one more lock than planned and why do people drive in London?)


The plan for Friday was to have a cruise with Karen in the afternoon; although it was Friday she had gone into work for some meetings but hoped to come home early.  Unfortunately, it didn’t work out so she rang me at about 3,30 to say she wouldn’t get back in time and so Buddy and I set out on our own.

Whilst I was on the phone with Karen, I heard a boat coming and though that’s good, I’ll be able to share the locks with someone.  When the boat came into sight I realised it was a wide beam so not only did we have to do the locks on our own, we had to set each one as we were following another boat.

It’s getting to that time of year where you have to keep running the engine in reverse when cruising in order to dislodge any leaves that have built up on the propeller. 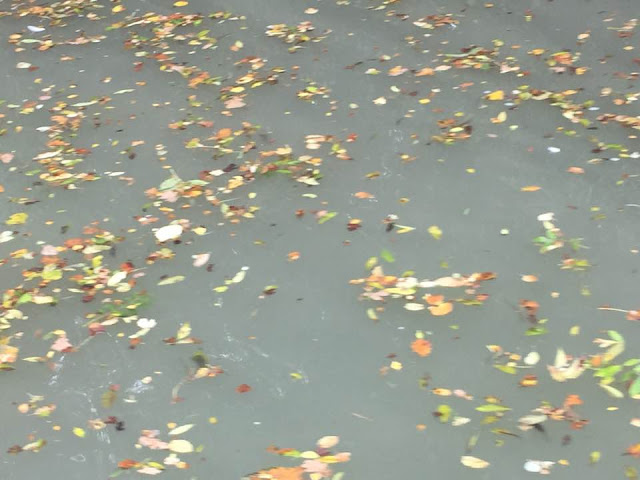 After going through Longhole bridge I had a go at taking some selfies.  I’ve always been useless at these, either having the camera the wrong way round, a finger across the lens, looking up into the sky or some other random silly thing.  I finally manged a shot where I was looking straight ahead but it still had an arm in it 😉 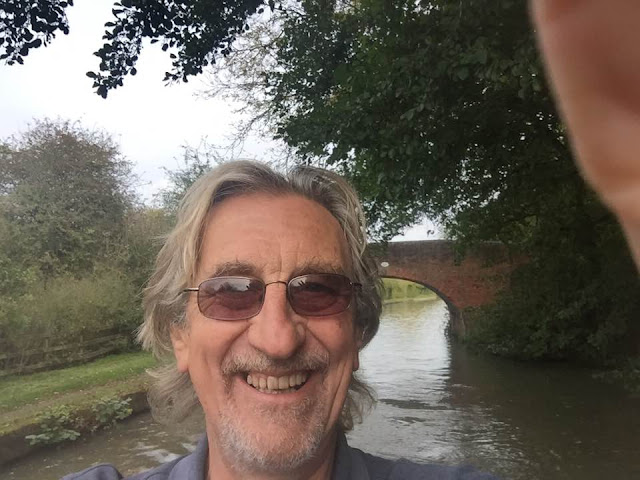 Having been moored at Welsh Road for a while reminded me that I have never recounted why roads are named Welsh Road around here.  They are all connected and are on the site of the original drove road that came across from Wales, through the Midlands and down to southern England.  The drove roads were used for driving livestock to markets or better pasturelands for the winter.  The one here, that went through Southam, was around before Elizabeth I and was mainly used to drive cattle.

My father remembers cattle and sheep being driven along the drove/turnpike road from the Lakes to central Yorkshire.  He was evacuated up there in the war and remembers local farmers driving livestock along, what is now the busy A65, to the auction mart in Skipton.

We dropped down three locks, including my favourite broad canal lock, Wood lock, and stopped for water at Fosse Wharf right under the busy Fosse Way (the Roman road that linked Exeter to Lincoln).  I was going to moor there for the night but felt it was a bit too noisy.  Also, there was no Armco so I would have had to knock in mooring pins – not the best thing to do with a dodgy back.  There’s Armco just below the final Fosse lock so we also went through there and moored up with chains and nappy pins.

Another reason we have never moored around Fosse Wharf before is that, although there is plenty of parking in a layby, it is on a fairly blind bend and can be troublesome getting out. A chap and his wife, on Duchess, were moored a bit further along.  We have bumped into them a few times before and we had a brief conversation about the best mooring spots including about how dangerous it is to park on Fosse Way.

On Saturday morning we went to our storage unit in Birmingham to pick up all of Catherine’s stuff and then drove down to her new flat in Bethnal Green.  It’s been a while since we have driven to London and couldn’t believe how busy it was and are so glad we don’t have to do it.

We got there in the end and, after unloading, went for a walk around Victoria Park.  Karen and I were reminiscing about the times we had moored around there and telling Catherine different stories.  We were pleasantly surprised that the canals didn’t look too overcrowded and that there seemed to be plenty of moorings, albeit double breasted.  We have heard so many horror stories lately that we were expecting the worst.

It seemed to be about the same as when we spent a few months one summer in the area whilst Karen worked in Canary Wharf.  In fact, we saw several boats we recognised from our stay around there.
It was in Victoria Park where Buddy first came across squirrels and we pointed out to Catherine the exact spot where he saw his very first one! 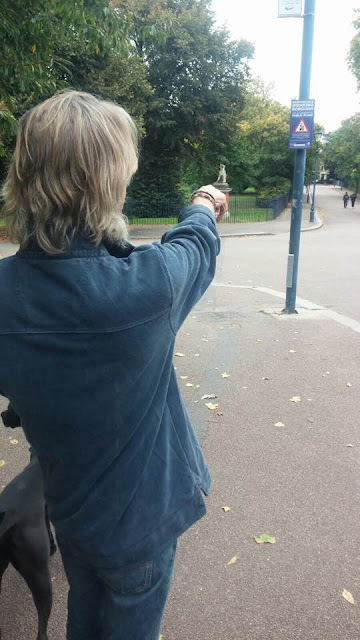 Over this next week we will cruise on through Leam and Warwick as we plan on going up the Hatton flight next weekend with Mike and Lesley.  We are still on track for getting through the Shirley swingbridge before it closes for a few weeks on 6th November and then into Birmingham by the middle of November.