Fenny Compton (the upside-down time of year has started)

Contrary to what I thought or wrote in the last blog entry, Buddy and I didn’t have a cruise on Friday.  Stupidly, my back had gone into spasm again after taking a stumble on Thursday afternoon.  The pain kept me awake during the night and I ended up taking some super strength prescription painkillers; I stayed wide awake but at least the pain eased.  This brand are so strong that I can’t drive with them so we just had a couple of walks during the day.

The other day I had met an older couple who live on their boat and he was carrying some pipework.  He explained that their shower pump had packed up and he had been told how to fix it.  His wife wasn’t happy as she told me that when he does one job he creates three more – I said, “Welcome to my world!”.  I saw them again on one of our walks and, as expected, someone from the local boatyard was out fixing things properly for them.

We walked down to the butterfly conservation area at Fenny tunnel but only found a Common Blue, several Speckled Woods, a Green Veined White, several Small Whites and a great number of Red Admirals.  None of them really obliged for my phone camera apart from this Common Blue.

I was on the search for the brick kilns by Fenny Compton tunnel - apparently they were built in the 1840s to make bricks from the clay spoil from the works to open up the tunnel into a cutting.  Canal guide books seem to quote that the kilns were used to make the bricks to line the tunnel but that doesn't seem to be correct as the tunnel was built before the brickworks.  It was also a good way of using up the clay when the tunnel was opened up as explained in the blog a couple of days ago.

I found them at the top of the embankment, half way along.  Sadly, it was all fenced off as is any abandoned building these days.  I blame Health & Safety as much as potential vandalism.

There were oven entrances all down the side but it was so overgrown that they couldn’t really be seen.  It amused me that there were still stacks of fired bricks around the place that had never been used. 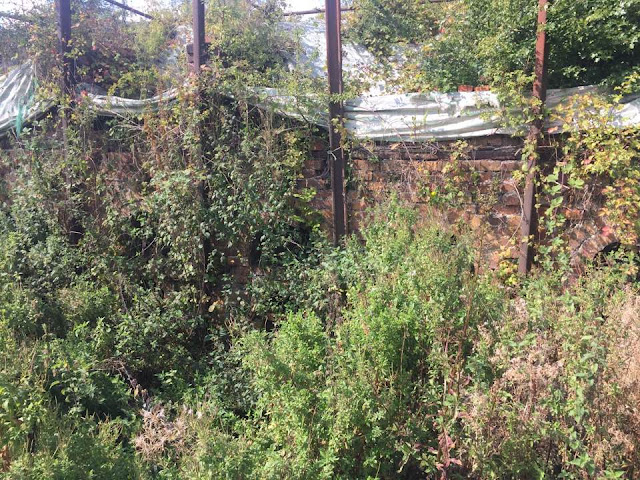 As Karen had had Tuesday off she had gone to work but she got home early enough for us to have an evening stroll.  We picked plenty of blackberries and, with some left over windfalls from Sarah’s garden in Crpredy, Karen made a large crumble. We had a large dinner so we will wait until the weekend before starting the crumble. 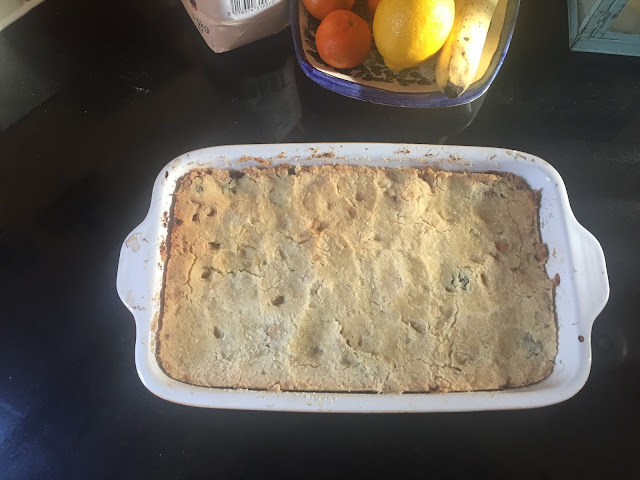 Our schedule for getting to Birmingham by the middle of November says that we need to get to Napton this weekend so hopefully we will have a couple of good cruises back into the Warwickshire countryside.
Email ThisBlogThis!Share to TwitterShare to FacebookShare to Pinterest