It’s been nearly a week since the last blog entry but it doesn’t mean we’ve been lazy – far from it, we’ve been all over the place 😊
On Wednesday evening, Karen and I caught a train to Reading to take Polly out for a birthday meal at Loch Fyne.  The restaurant is right by County lock on the Kennet & Avon canal as it enters the Oracle shopping centre.  We often went through on our old boat but never made it to the restaurant so were really pleased when Polly decided that’s where she wanted us to take her to celebrate her 21st.  After the meal, Sophie and Yanos joined us and we went for drinks at the Revolución De Cuba bar before catching the train back home.

Steve was coming up on Thursday for a sleepover and to help me install the new batteries (a job I didn’t dare do on my own for fear of putting my back out again) so Buddy and I had a good walk in the morning.  As we walked down to Stockton we passed the hire boat base at Calcutt and noticed all the boats were out on hire even though it was after the school holidays; business must be good for them as most of the boats would be charged out at over £1,000 a week.

This is the same yard taken in January from the opposite direction and when most of the hire boats were moored up for the winter. 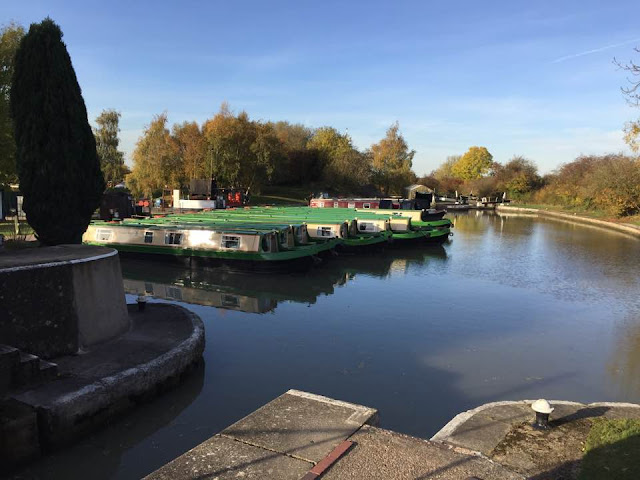 We came across a couple of stanking plank stores that we have previously missed.  Ventnor marina has two entrances with towpath bridges over each entrance and the stanking planks are stored under each bridge.  These particular planks are used to prevent the marina being emptied if the canal needs draining. 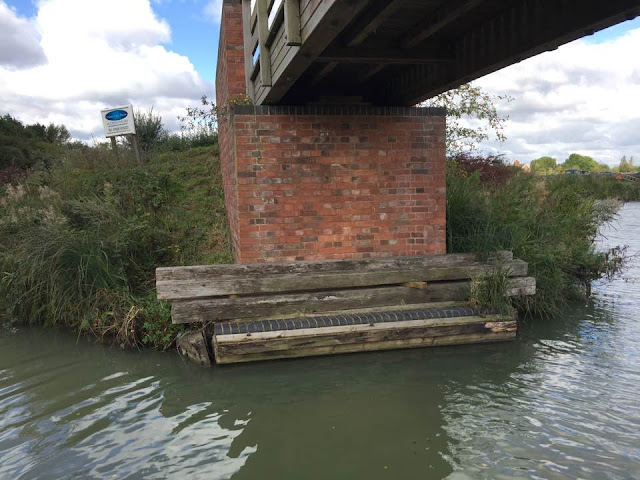 I had mentioned the other day that the domestic battery bank had been ruined as I had been given the wrong information about how to manage them.  Karen had picked up four new batteries on the way home from work last week and Steve put them in for me after arriving on Thursday.  We were climbing Scafell Pike at the weekend so I didn’t dare do anything strenuous that would prevent me doing the walk.

On Friday morning, Karen, Steve and Buddy dropped me at Birmingham International station so I could catch a train to the Lake District without damaging my back; sitting in the car is the worst thing for it but at least, on a train, I can get up and walk about.  I met Lauren at the station who had caught a train from Reading – she was also getting trains up as she gets car sick – what a family 😉

We all met up at Lancaster station and, after a supermarket shop, went to find our AirBnB near a place called Torver which is near Coniston.  As usual, we weren’t let down by the description and really enjoyed our stay in a converted barn in the middle of nowhere.

On Saturday, we walked up Scafell Pike and were so fortunate as we had absolutely glorious weather.  I don’t think I can remember weather like it in the Lake District before.  It did rain a little bit just after we had lunch at the top but we only had our wet weather gear on for about half an hour.  It was also cold at the top and we were all glad we had taken our gloves.

When we were getting someone to take our picture at the summit another group arrived and they were really pleased to see Buddy.  It was so funny as they wanted him in all their pictures 😊

We really had been lucky as our climb up Snowdon had been so wet and windy as this comparison of pictures taken at the summits show: 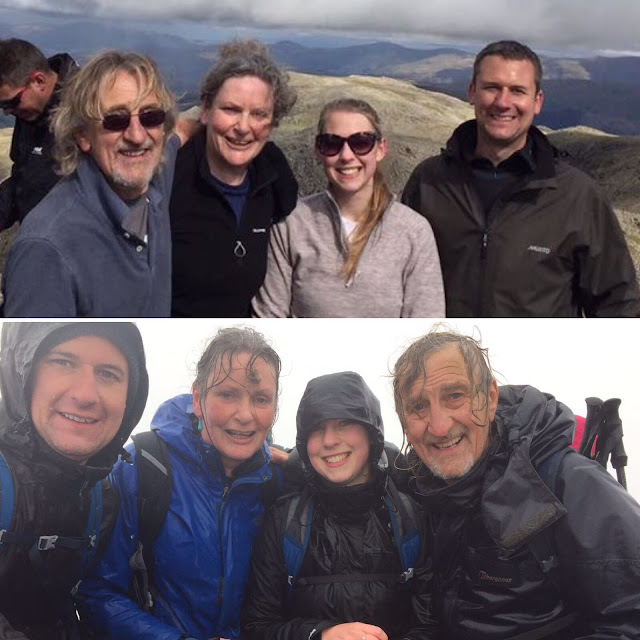 Poor Buddy wasn’t in either of our summit shots 😢

On the way down we saw a rain shower heading for us from Keswick but it died out before reaching us but not before it gave us a lovely rainbow across the valley: 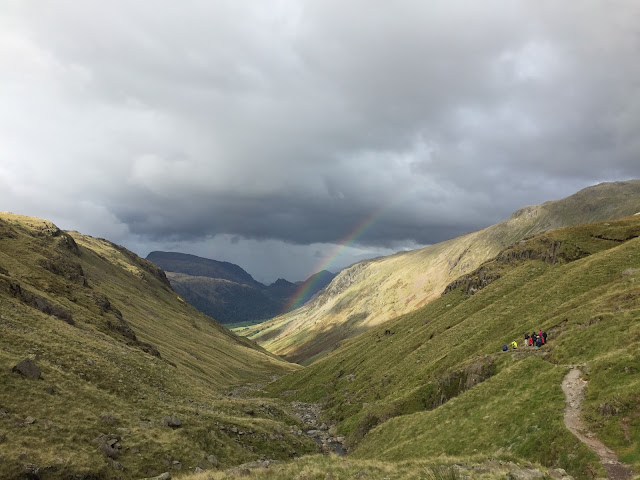 On Sunday, we drove back home to the boat and took it easy in the afternoon.  Steve and Lauren came back with us and then Steve drove Lauren back to Reading on his way home to Arundel.  Buddy and I walked Steve and Lauren back to the car when they set off but Buddy wouldn’t come anywhere near it as he had had enough of cars having been up to the Lake District and back over the weekend.