Cropredy (which way shall we go now?)


Most of the festival crowd set about leaving on Sunday but all the breakfast venues were packed during the morning.  This was the canoe club, in full swing, next to where we are moored: 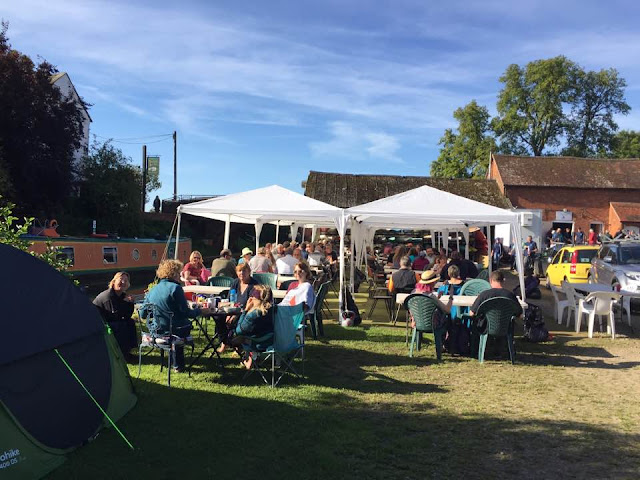 We took it easy during the day and stayed on the boat or wandered around the village to find the scarecrows we had missed over the last few days.  The competition winners had been announced so we also checked out the three winners.  At lunchtime we went to the pub to listen to the last fringe event of the weekend and in the evening, we went to Mike and Lesley’s for dinner – it’s always good when someone else does the cooking and entertaining 😊
On Monday, Karen worked from home and I got on with the househusband chores.  I was obviously really busy all day but if you asked Karen she would say I seemed to spend most of the day laying on the bed resting my back.

As you may know we tend to plan our cruising pattern around upcoming events and now Cropredy is over it’s time to plan how to get to the next event.  It seems crazy that, as continuous cruisers, we have to have a plan as we can just go wherever the fancy takes us.  Indeed, before Karen went back to work, that is exactly what we tried to do.  What actually happened was that there was always something/somewhere we wanted to get to, e.g. children’s graduations, family gatherings and concerts.

We knew we were going to Cropredy this year but seemed to leave the final push until the last few weeks which, in retrospect was not a good thing, especially as my back went into spasm near the end so I couldn’t cruise on my own whilst Karen was at work.  Keen to avoid that happening again, I have been working out where we will cruise until Christmas.

We are getting to that time of year where cruising plans may be affected by the winter stoppages when sections of canals are closed for maintenance for up to a few months at a time.  Our next event, boat-wise, is to get to the centre of Birmingham by November 17th.  We are going to see Deep Purple who are playing at the Barclaycard arena and we plan to moor right outside.  Jake, my youngest son will be coming up to stay and go to the gig too.

I know that if we were on holiday it would only take a few days to cover the 60 odd miles through about 90 locks but, as we take it slowly, we have to plan in where we will take on water and get pump outs, on top of beating the stoppages.  As well as that we need to find mooring stops where Karen can park the car near the boat and get to work easily.

Although there are several routes we can take from here to Birmingham, there seem to be a lot of stoppages this coming winter in this area so making the plan has taken a while.  Over the next few days I’ll get it refined but we’ll probably head up the Oxford, join the Grand Union, then up the Stratford to the Worcester & Birmingham.  We have to join the Worcester & Birmingham canal by the beginning of November as the swing bridge at Shirley on the Stratford is being closed.  We will still have a fortnight to get to Birmingham so we will probably head south on the Worcs. & Birm. and stay in the country at Tardebigge before the final push into Birmingham.

To finish today, here is a montage of some of the scarecrows Karen photographed during the festival. 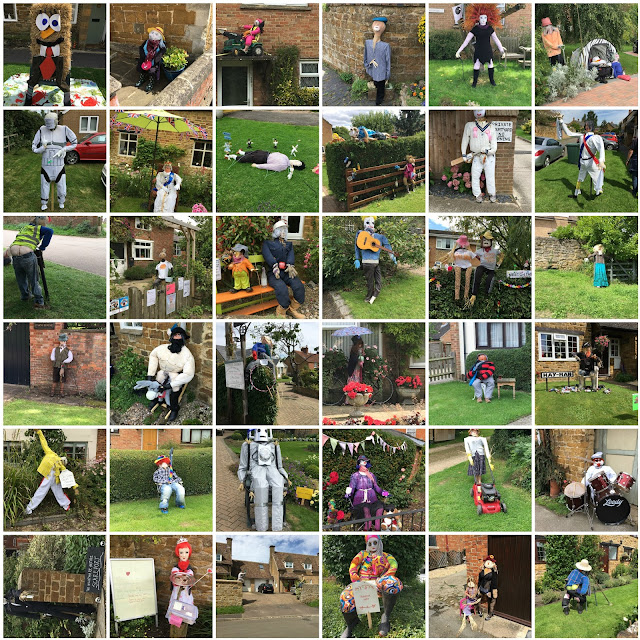