Church Lawton (back into Cheshire) 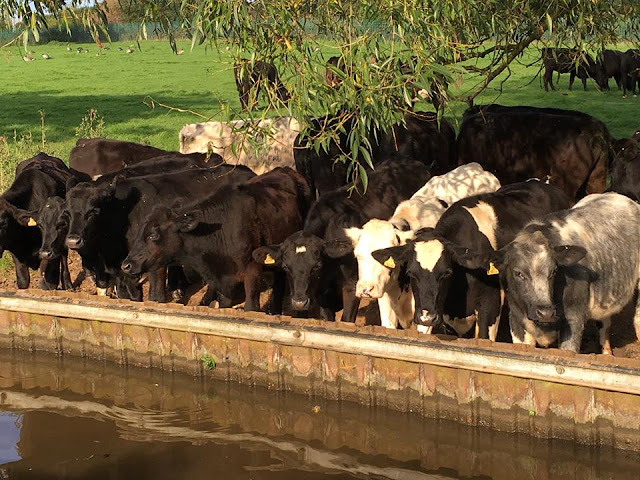 On Friday we got up early and drove up to Northwich to review progress on the new boat.  Once again we were really happy with our visit; we spotted a couple of minor things that weren’t quite to our spec but they said there would be no problems getting them rectified.

When we got home we decided to have a cruise as the weather was so good.  Not only was it enjoyable, it gave us a chance of getting ahead of schedule so the rest of the weekend wouldn’t seem so arduous.  It’s funny how things change – a year ago we would cruise for hours each day, and almost every day, and hardly feel tired – now we are rarely moving any distance, a cruise of a few hours can be really tiring.

After a while we came to Colwich lock which is one of my favourites.  The bridge is the only entrance to the farm (to the right of the lock cottage) and is just a muddy track rather than a metalled road.

Karen’s favourite lock is also on the Trent and Mersey but is further east at a place called Branston.  Whenever I think of Branston I remember when we were stuck there for a few days because of ice and how it was Buddy’s first exposure to snow.  When I took him out first thing in the morning he was literally hopping from foot to foot as he had no idea how to cope with the snow.

Before we moored up for the evening, above Hoo Mill lock, we passed some cows which reminded us both of the way Buddy can be inquisitive.  To be fair, they were looking at him as he was watching them from the boat – see picture at the top of this blog.

As Saturday promised to be a good day weather-wise we thought we should try to get to Stoke on Trent and give ourselves less to do on Sunday.  The trouble with Sunday was that we had to get through Harecastle tunnel and the last entry is at three in the afternoon.

First we had to get through the flight of locks in the canal town of Stone which is a really busy canal town. The pubs were busy, even where the seating was in the shade.

I mentioned the other day that the locks on the Trent and Mersey are not so easy for single handers as they all have bridges across the entrances, so you cannot get off the boat with a rope and let the boat drift in whilst you walk to the top of the lock still holding the rope.  At one of the locks on Saturday, whilst Karen was baking yet another yummy blackberry and apple crumble, I was lucky that the bridge had a gap that was still wide enough to allow a rope to pass through.

Before we moored for the evening we passed the Wedgwood factory.  We have come along this stretch of canal three times previously but never from south to north.  It’s fascinating how things look completely different when travelling in the opposite direction and how sometimes you see things that weren’t apparent when passing in the opposite direction..  I don’t think we even noticed the factory before.

Sunday turned out to be a better day than forecast and we had sun nearly all day.  Once again I set out early to get through Stoke on Trent and then onto the Harecastle tunnel.  I know I have taken a picture of this boat yard before but the strange mix of facilities offered always makes me smile.

Some of the bridges leading into Stoke are very low but we just managed without having to remove anything from the roof.


The city itself is not very obvious from the canal as much of it has high walls and embankments each side.

As I said earlier it is fascinating how things look so different when travelling in the opposite direction.  I cannot believe we missed this pair of bottle kilns before.

In their heyday there were about 4,000 bottle kilns in Stoke.  These had been reduced to around 2,000 by the time I was born and now there are only 47 left.  I assume they are all listed and attempts will be made to preserve them all.  We have seen many of them and included them in previous blog entries.  We both agreed that it would be fun to find all 47 one day.

At the junction with the Caldon canal stands a restored flint and bone mill which is steamed up many weekends a year.  Unfortunately it has always been closed when we have passed through.

Soon after leaving the city centre we went up the four locks of the Measham flight.  We were still finding the canal very busy and having to queue at most locks.  An advantage of queuing is that you can meet and chat with people and also get time to make cups of coffee etc.

A few miles before the tunnel we went past the Middleport pottery where the TV programme, Great British Pottery Throwdown is made.  We have visited the museum and works there before and found it most fascinating and the staff were so friendly that they ley Buddy come round with us. 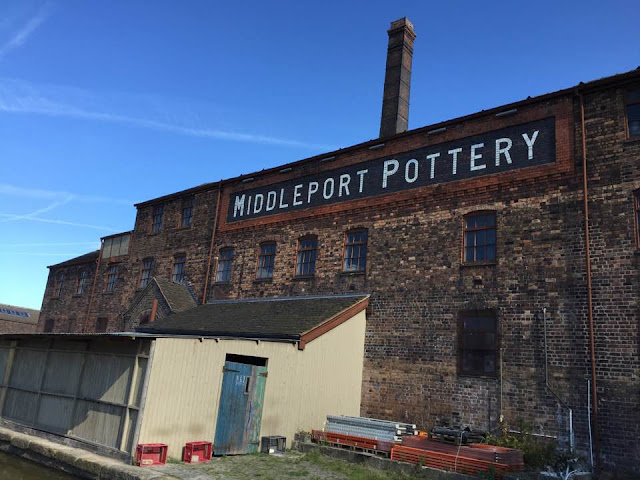 We approached Harecastle tunnel around midday and were really fortunate.  Two boats were on their way through and were nearly at the end so we only had to wait ten minutes before we were allowed toenter.

The tunnel is 1 ¾ miles long and caused a big bottleneck for traffic when it was first opened as it was single way working only.  The second tunnel was built soon after the canal opened to alleviate the problem.  As freight traffic died down the original tunnel was closed as it was subject to a lot of maintenance due to mining subsidence.

Once out the other side we passed the entrance to the Macclesfield canal.  This canal heads up to and joins the Peak Forest canal which we visited a year ago.

We dropped down one more lock and then moored up.  Karen caught up with some work whilst I caught a train to Rugeley to pick up the car.

We went down a couple more locks and then moored up for the night.  We were right next to a pub so went in for a couple of drinks.  It’s going to be a funny week as we are too far from Leamington for Karen to commute every day so she is staying at a B&B.

We still have 23 locks of the Cheshire flight to go down on Monday and Karen’s cousin Dave and his wife Barbara (who also live on a narrowboat) are going to join me to lend a hand.  It’s really kind of them as it makes it so much easier.

It was a brilliant weekend and we didn’t mind getting to bed early as Karen was off to work at 4.30 in the morning.