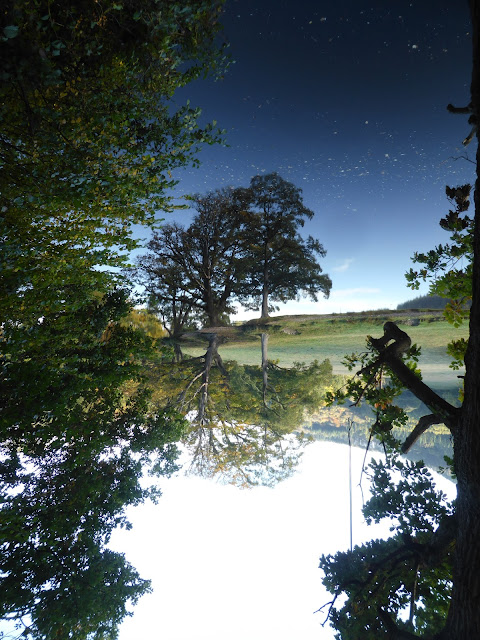 As we were in a hilly part of the country we decided to go for a good walk on Tuesday.  It felt ages since we had been hill walking so we were quite excited.  We set off for the Horseshoe Falls first – this was a two mile walk along the channel that feeds the canal from the River Dee. 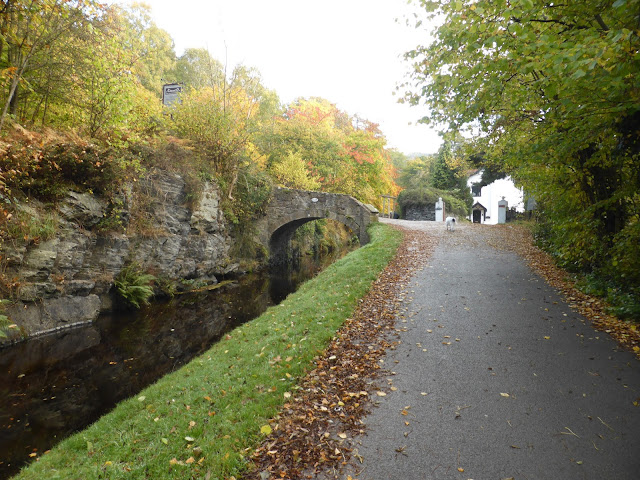 As we walked along we passed the basin where we had moored overnight.  Unfortunately we couldn’t get a decent picture of the hills in the background. 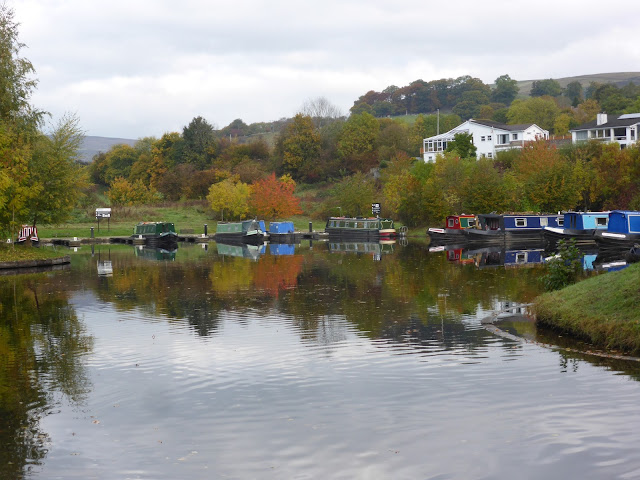 Before reaching Horseshoe Falls we went across a chain bridge which was built in the early 1800s.

Horseshoe Falls is a weir designed by Thomas Telford as part of the construction of the Llangollen canal. 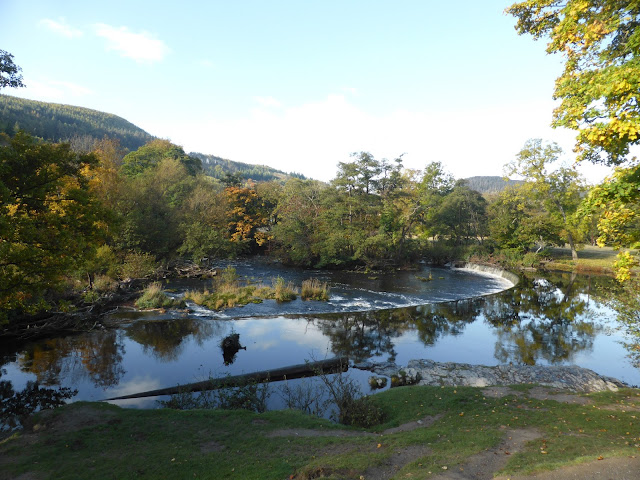 This feed from the top of the weir runs into the channel we had walked along and then into the canal when it reaches Llangollen.  12,000,000 gallons of water a day run into the feed and then along the 45 mile length of the canal into Hurleston reservoir at the junction with the Shropshire Union. 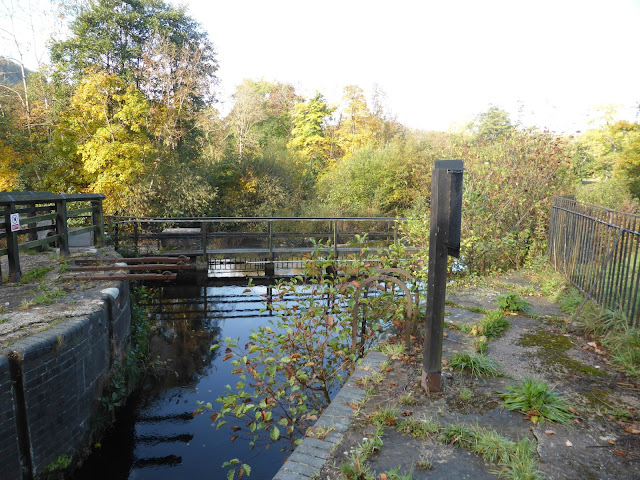 The picture at the top of the page is a shot Karen deliberately took upside down just above the falls; to us it looks like it was taken in starlight.  This is a bit further on taken with my old iPhone… 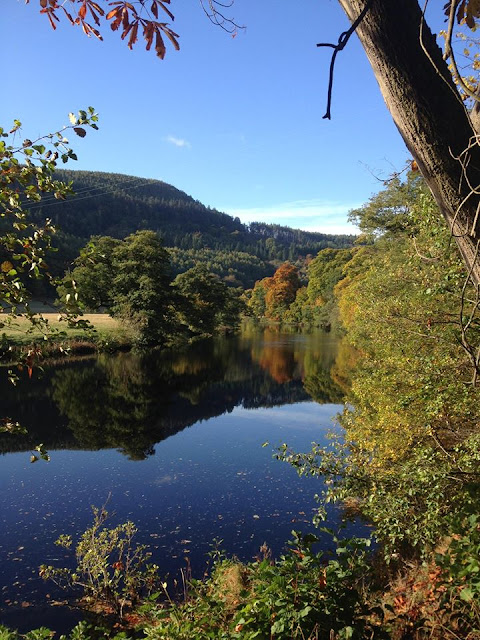 …and another one taken by Karen. 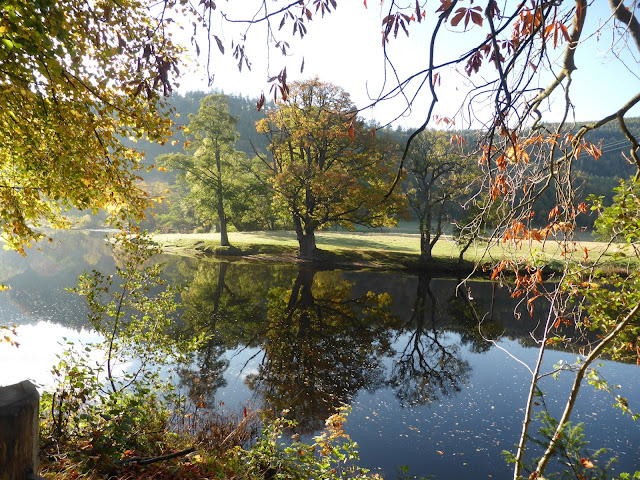 From the Horseshoe Falls we walked up to Llantysilio Church that was built in 1254. 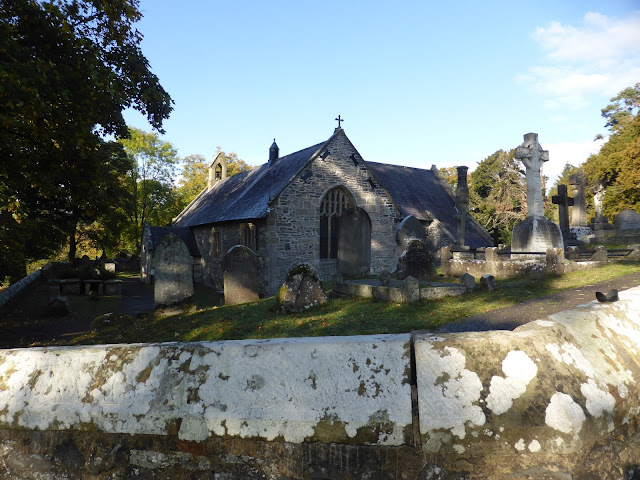 From there we walked another couple of miles across Velvet Hill. 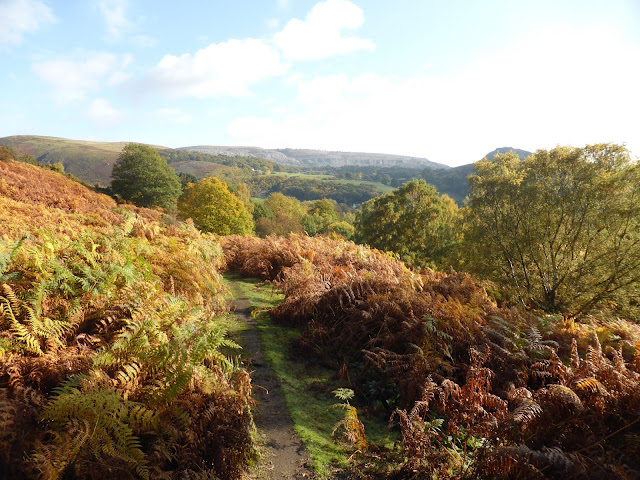 We ended up at the ruins of Valle Crucis Abbey which was also built in the early 1200s. 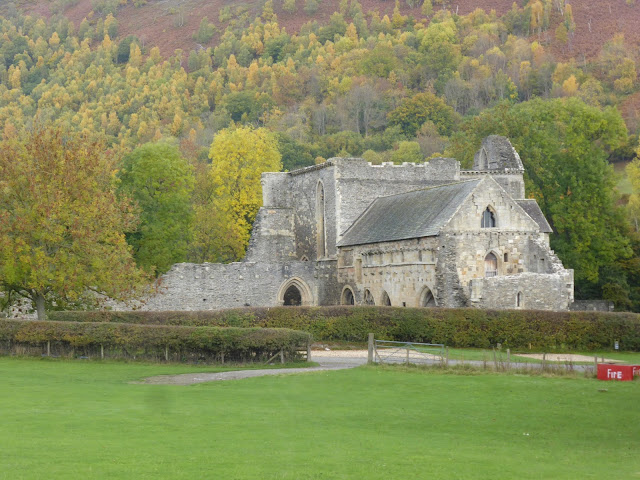 The next stop was Dinas Bran castle built in 1260.  I never ceases to amaze me how our ancestors constructed these places so long before mechanisation. 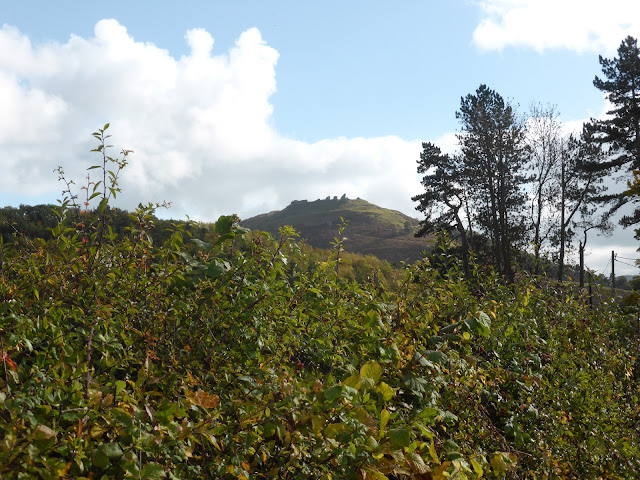 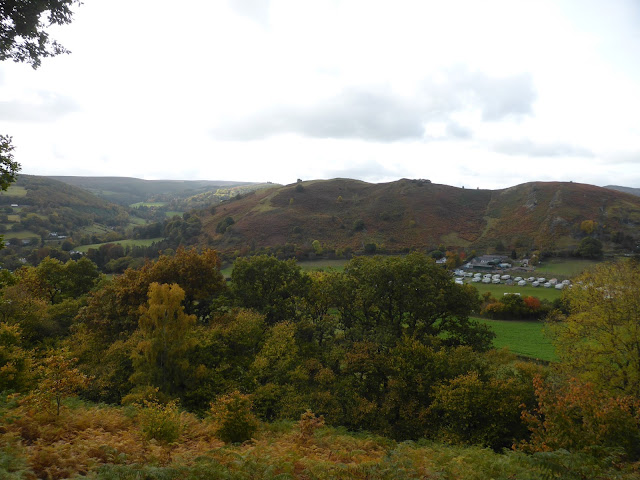 …and an old iron stile that we had to lift Buddy over. 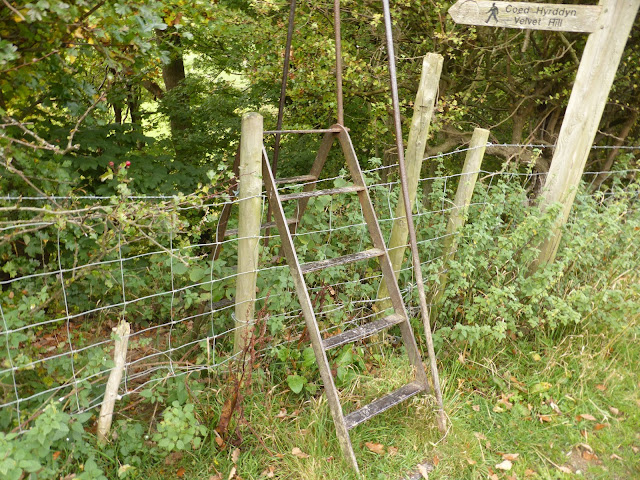 We returned to the boat for a late lunch and then set out back down the canal to Chirk.  This time the journey was a lot easier as we were going with the flow.

We were soon back on the Pontcysyltte aqueduct. 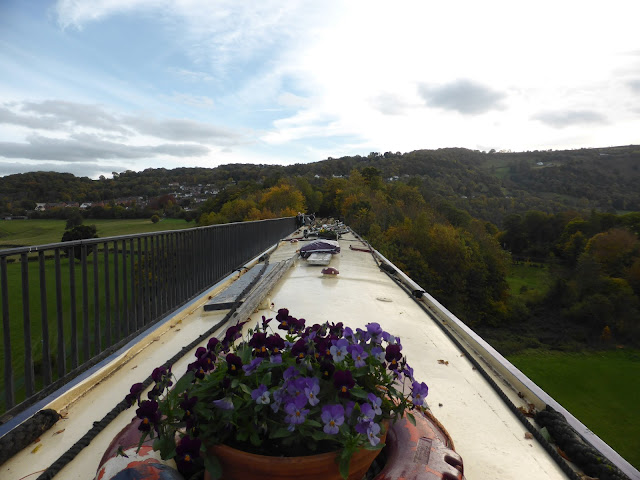 After so many traditional white and black Welsh cottages, this pub at the far side of the aqueduct is quite an eyesore. 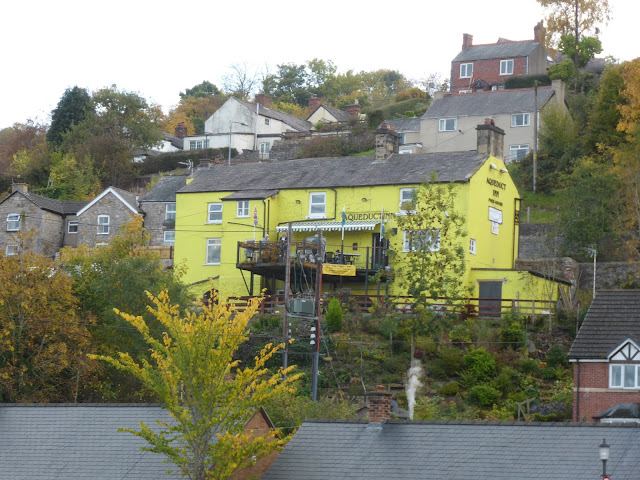 A little further on we went through Chirk tunnel (in the far distance) and over the Chirk aqueduct which runs alongside a higher train viaduct. 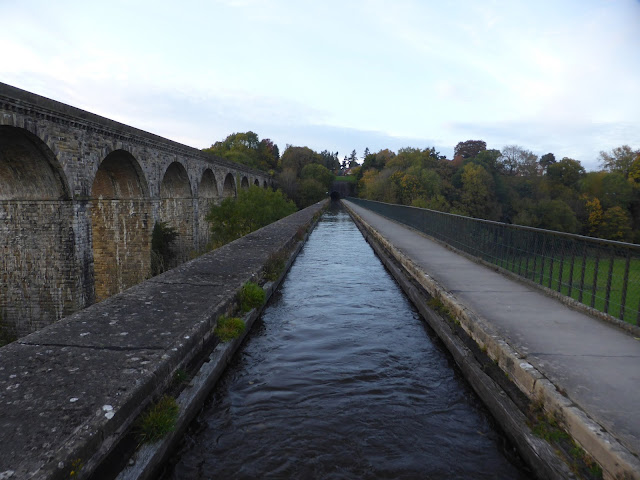 We have booked a passage onto the partly restored Montgomery canal on Wednesday and have to be at the bottom lock between 12.00 and 2.00.  Having travelled 10 miles this afternoon we are in a good position to get to our rendezvous tomorrow lunchtime.  The Montgomery leads off the Llangollen canal at a place called Welsh Frankton.