Stratford upon Avon (loving the luvvies at the RSC) 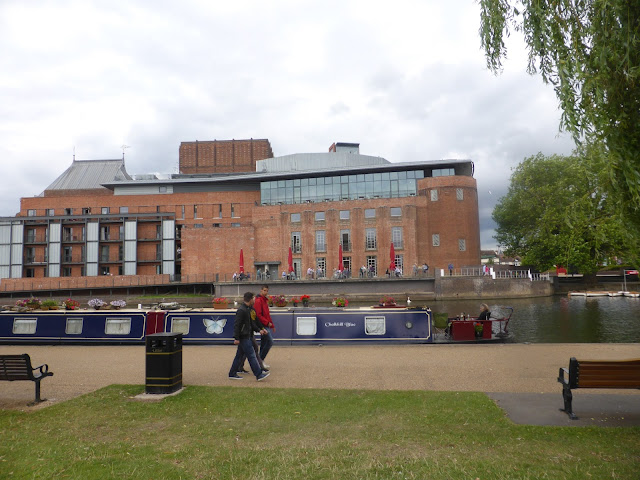 All of a sudden, on Thursday morning, the canal seemed busy as all boats were heading for Stratford upon Avon so hopes were dimming of finding a mooring in the basin.  We had to go through 16 locks in about four miles to get into the centre of Stratford so set off at 10.  By this time quite a few boats had gone past in our direction and only a few the other way.  There was a flight of 11 locks at one point and CRT guys were trying to turn a boat between two of them. 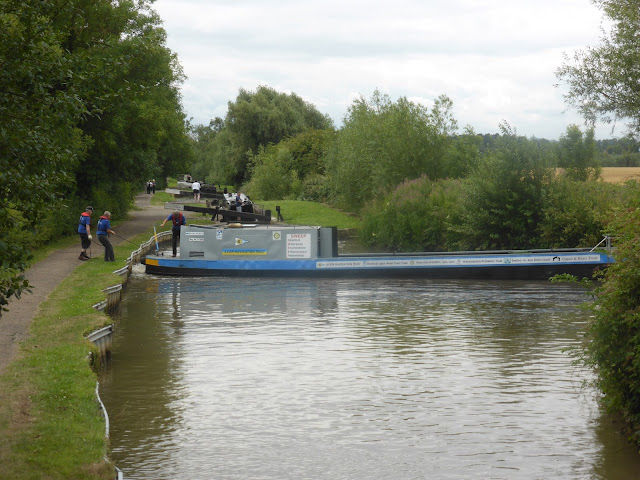 They were having difficulty so I gave them a master-class in boat winding. 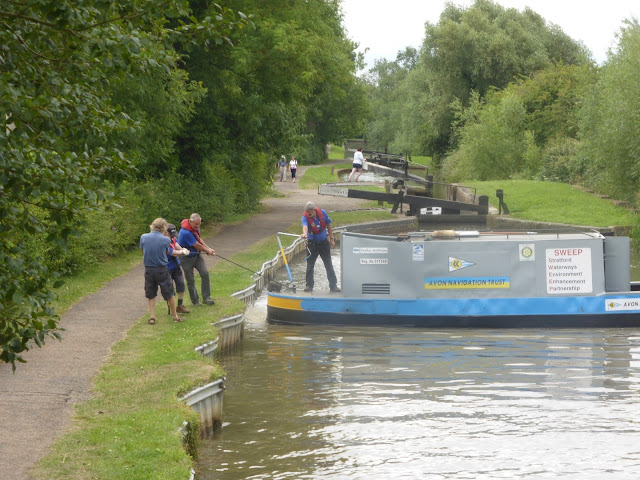 When we were on the outskirts of Stratford we moored up as we were due to pick up a delivery of beer and wine for the forthcoming family event over the weekend.  Here’s me dragging some of it back to the boat – note I am sensibly using a pedestrian crossing. 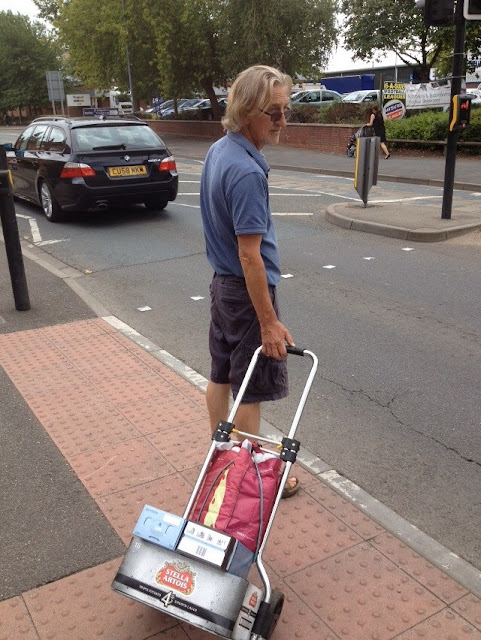 Speaking to other boaters we realised we were very unlikely to get a mooring spot in the basin.  We didn’t really mind as we knew we could go out and moor on the Avon.  To be honest the number of tourists getting pictures of themselves by boats in the basin would have put us off.  This is us coming into the middle of Stratford. 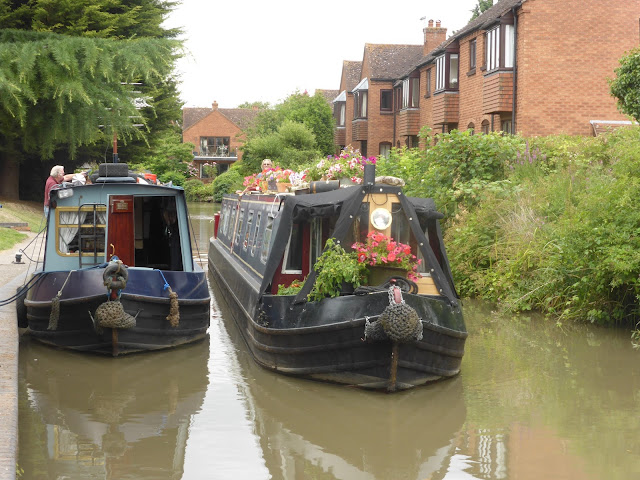 And here we are going through the basin (there were no spare mooring places). 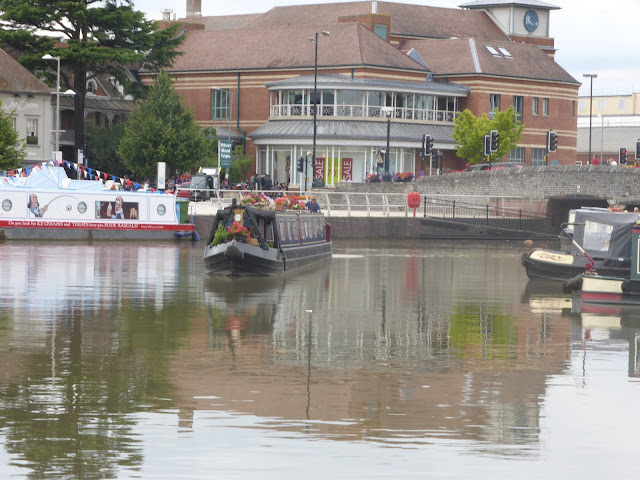 We headed through the basin and down the lock onto the Avon.  Even though we are used to being watched it was really unnerving as a lot of the gongoozlers were dressed for the theatre (look at the family on the left lock gate beam). 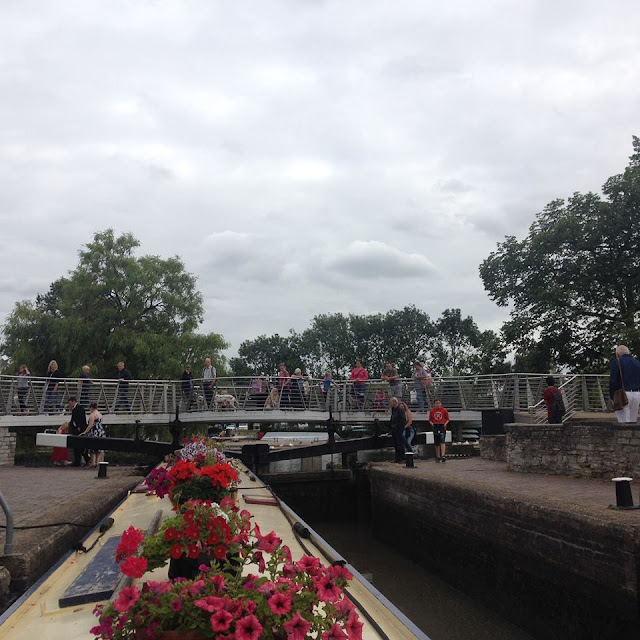 Here I am trying to close one of the top lock gates after Karen had closed hers. 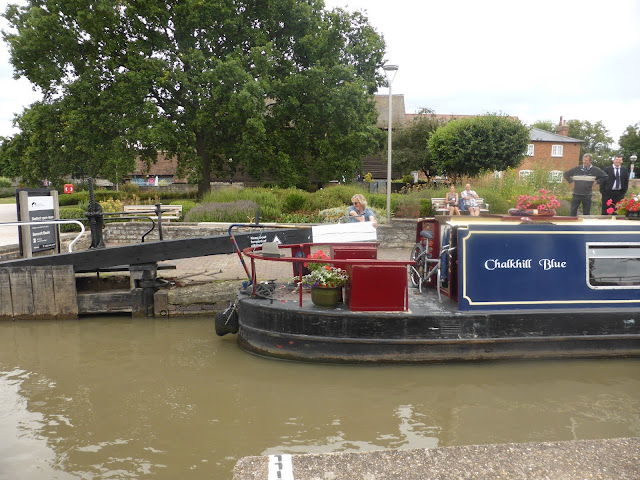 Honestly, I had got it moving before this guy helped me close it completely. 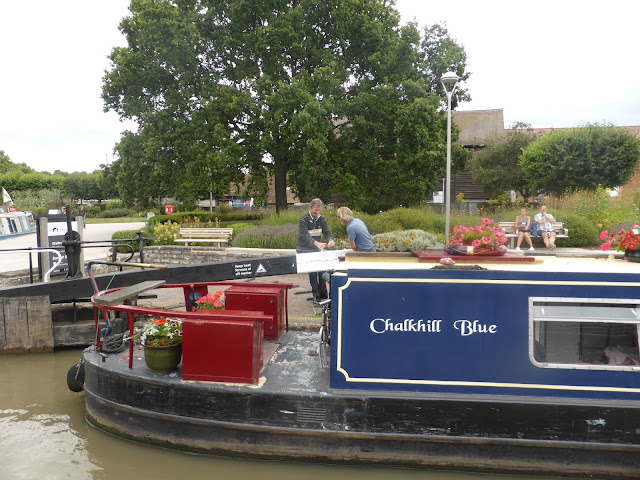 Here we are moored on the River Avon opposite the RSC for the evening.   All in all a more tranquil mooring than in the basin - we could watch the actors resting on the balconies in the interval.