On Thursday we went back down the last five miles and four locks on the Caldon and stopped at Etruria junction so we could visit the bone and flint mill and industrial museum.  Unfortunately it was closed.  On the way down we met a boat towing a butty - butties are boats without engines.  We had to admire the girl steering the motor boat on such a narrow and twisty canal.  It was only after they went past that we realised that we used to know the boats and the couple; they used to be moored at the marina we used to moor at in Newbury six years ago. 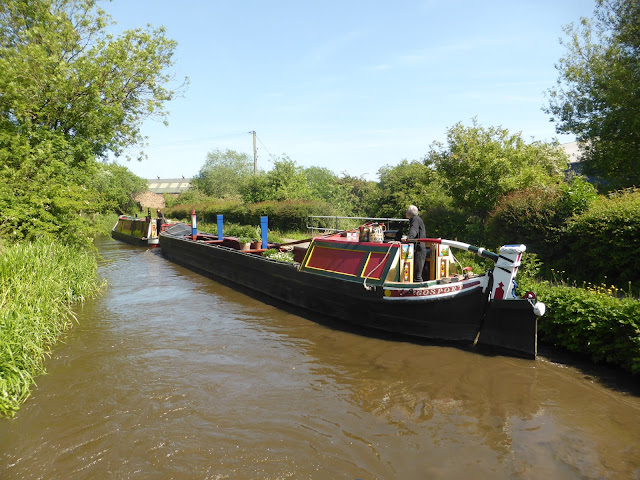 This is Etruria junction.  We came out of the Caldon on the left and turned 180 degrees to head down the Trent & Mersey.  We were then back onto part of the Trent & Mersey that was new to us.  The lock in the middle is in fact a dry dock.  Before we turned there were five boats queueing for the lock – strange being busy after being on such a quiet canal.  I was a bit chuffed as I was congratulated on my manoeuvring even though I felt I had cocked it up. 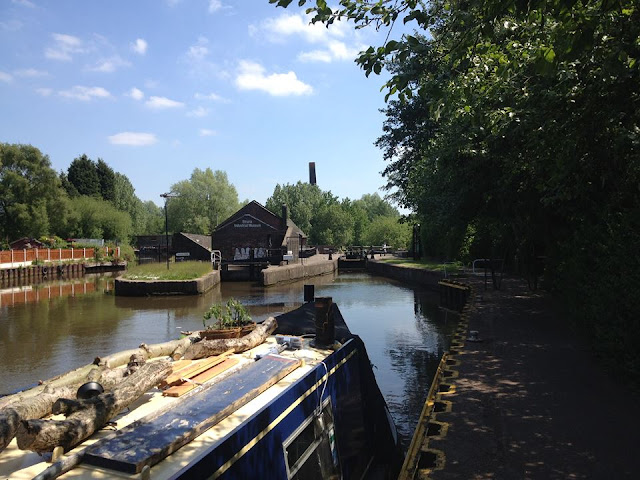 As we came out of the first lock we passed the bone and flint mill that had a couple of old working boats moored in its waharf. 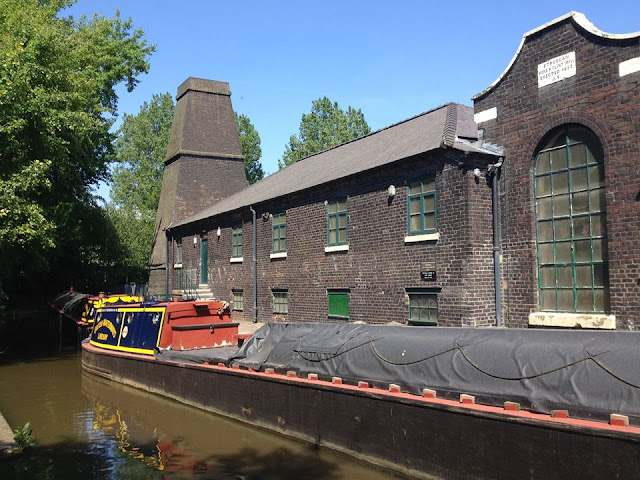 Just before we got out into the country we passed our seventh bottle kiln.  We were a little surprised that we only saw seven of the 47 left in the area. 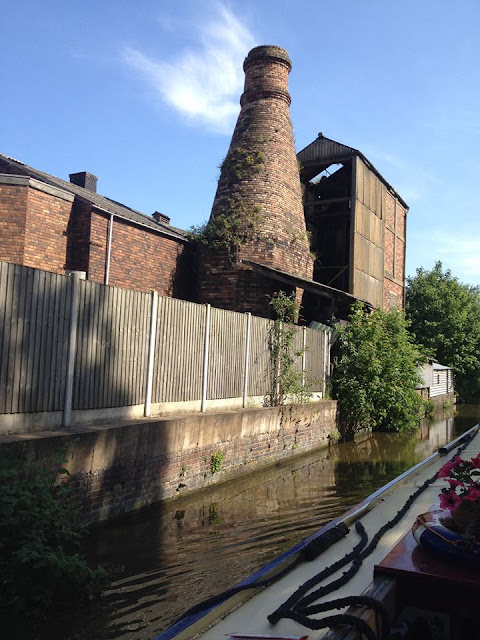 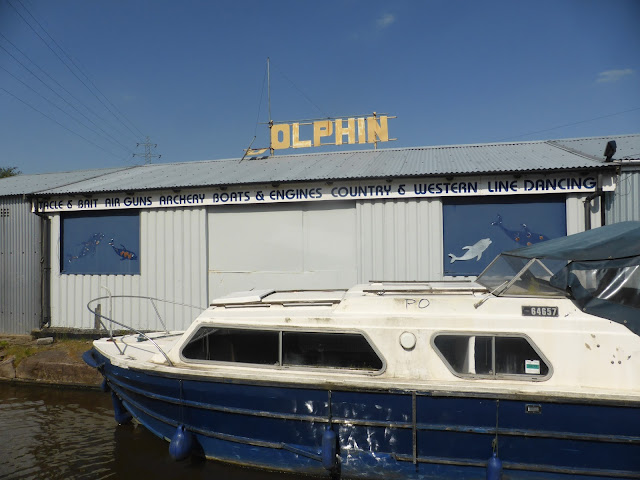 We went past yet another premier football league stadium – Stoke City which is on an out of town site south of the city. 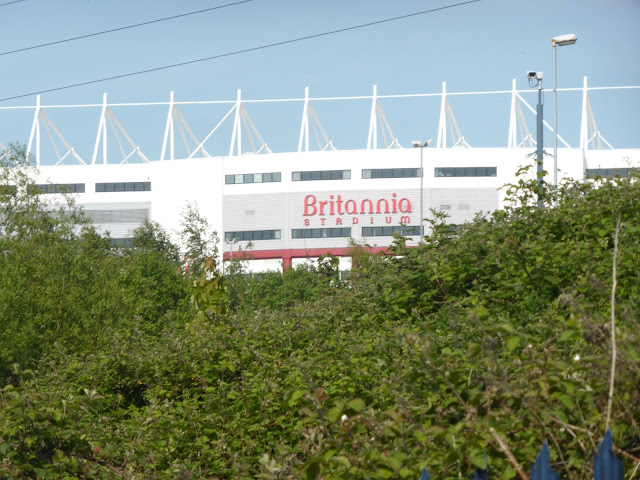 Buddy wanted to get off and play with these young cows. 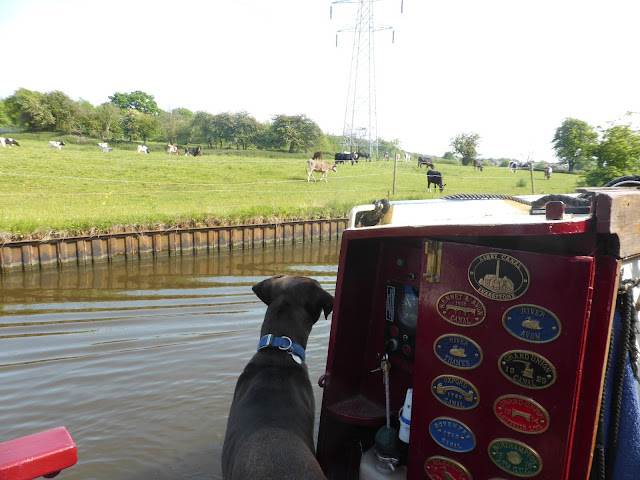 After nine miles and ten locks we moored for the night in a nice quiet spot north of Barlaston opposite the Wedgewood factory.  Now the weather has improved Karen waters her plants each evening. 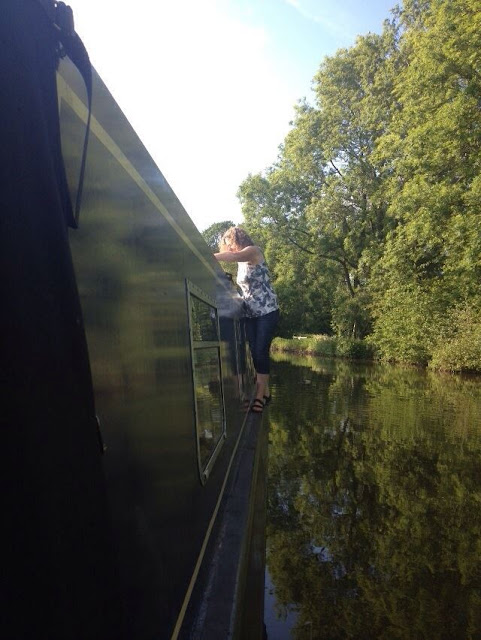 Here are the six new locks we went down today: 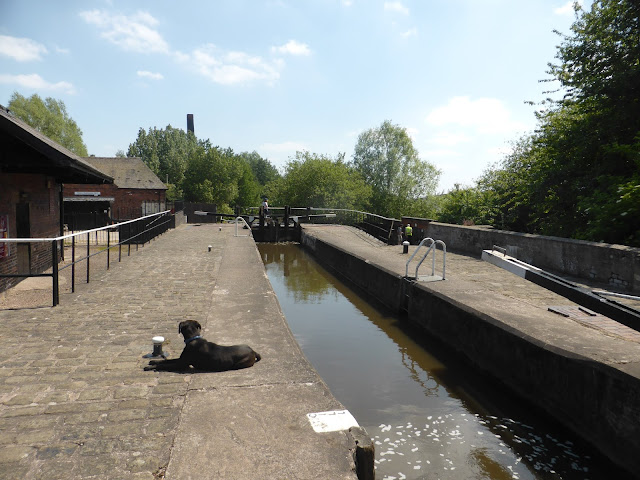 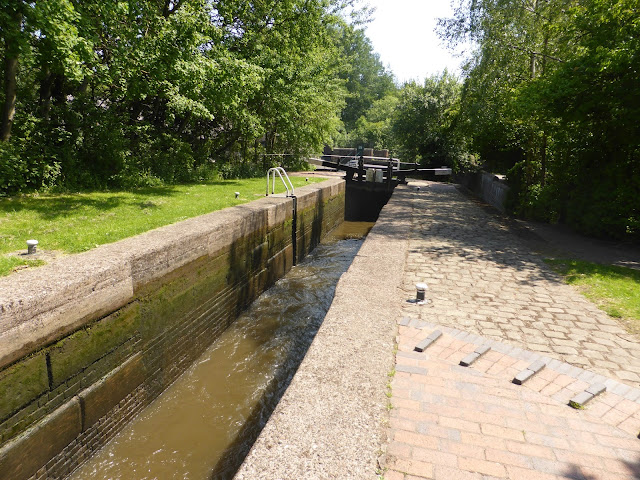 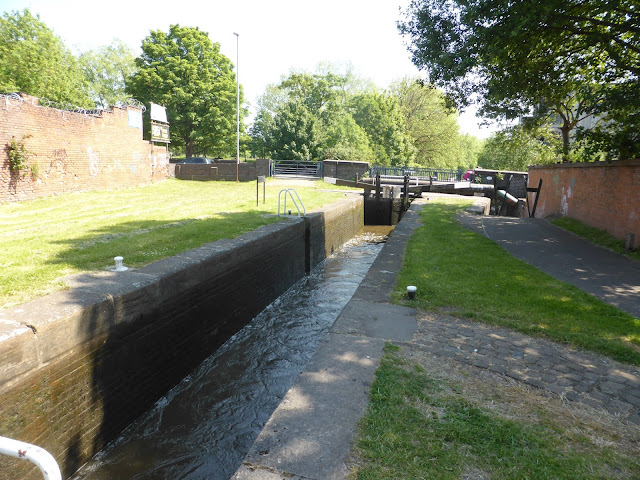 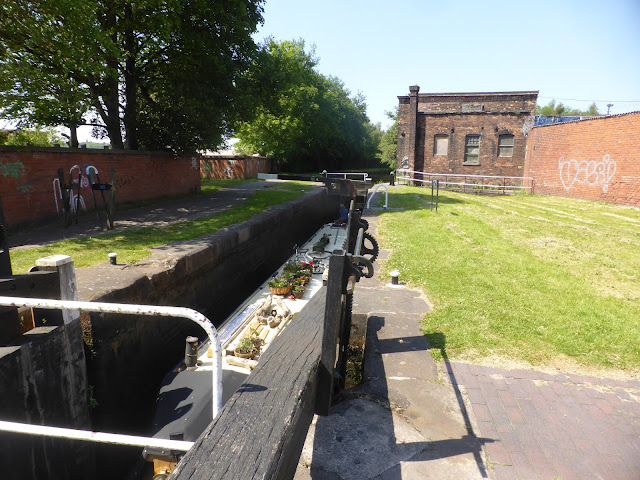 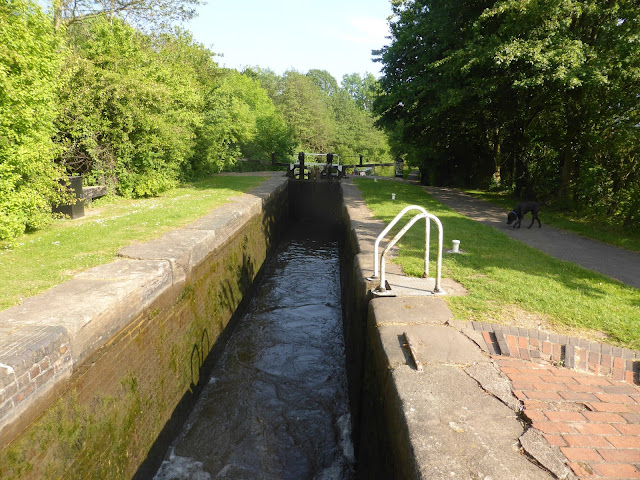 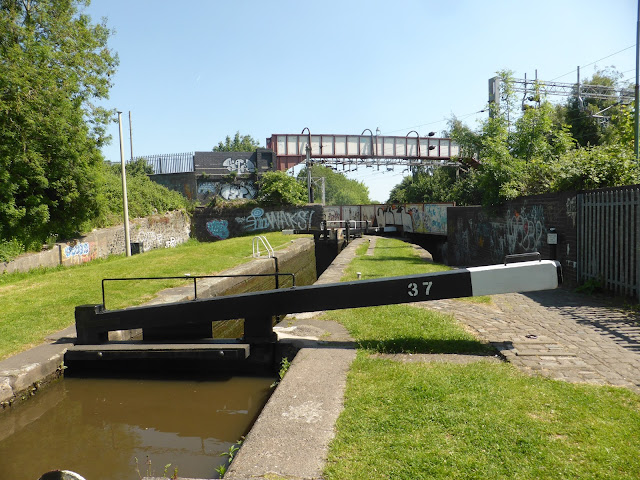 In the six years since living aboard we have travelled 4,514 miles through 3,366 locks, including 1,669 miles and 847 locks in France. Unfortunately, our log book for the previous five years is in storage so I haven't included the stats for those years.