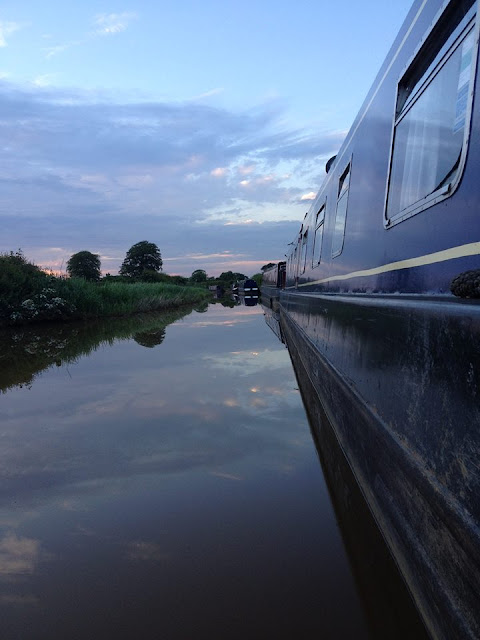 Although we are going along a section of canal that we went through six weeks ago we are finding it just as interesting.  Six weeks has made an awful lot of difference to the vegetation so the canal, countryside, farmland and gardens look quite different.  We last went up Heartbreak Hill on April 22nd which was one of the sunniest days of the year so far.  In fact it was the first day we had a barbecue.  Thursday promised to be the same sort of weather so we sent out soon after breakfast.

Most readers will be pleased that we have not included the 20 locks we went up as they were in the blog entry for April 22nd!  We had a mile or so to travel before starting up the lock flight and we stopped for water at Wheelock Wharf which is at the bottom. 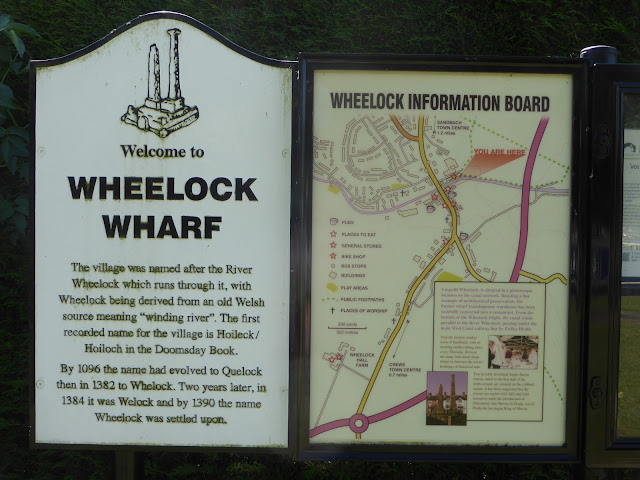 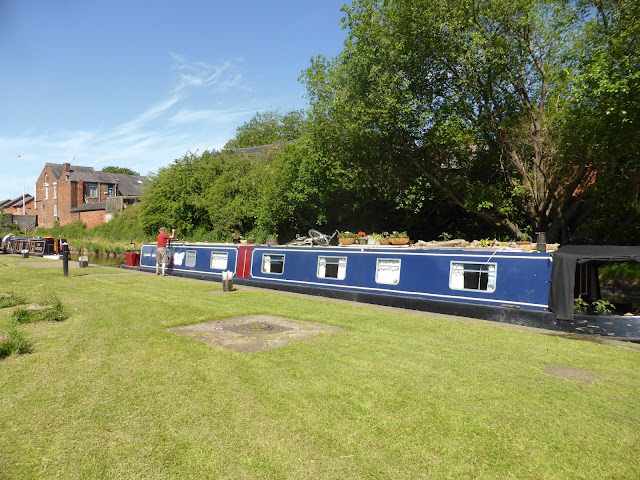 I know this is a picture of a lock but it is a reminder that all the locks on this flight were built in pairs to speed up traffic flow.  The first time we came up we had to invent new hand signals so that Karen could indicate which lock I had to aim for and whether any boats were coming down either of them. 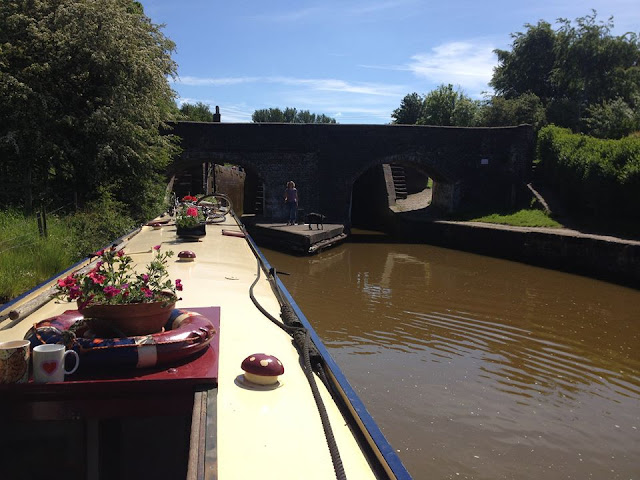 In one pound a boat had come adrift at one end. 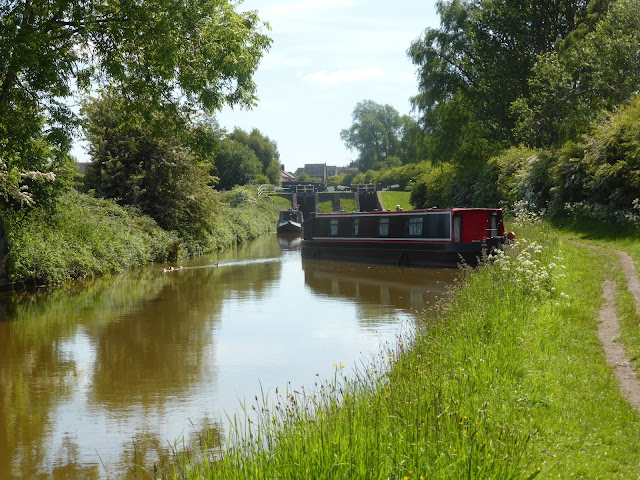 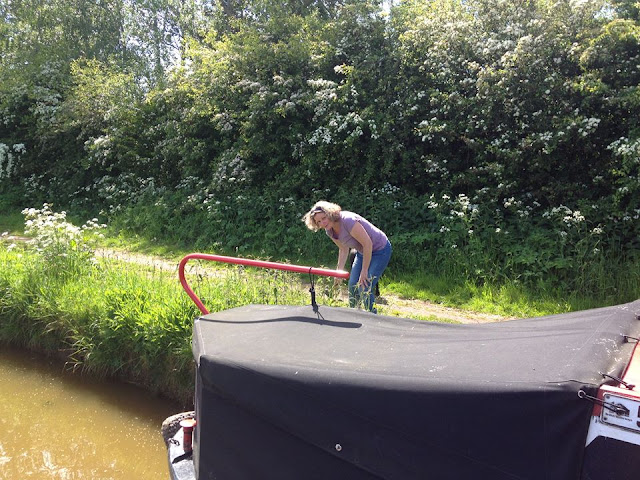 We went under the M6… 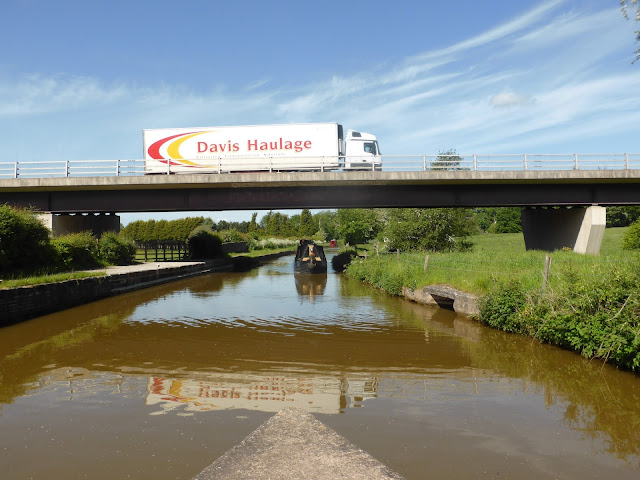 …and then moored for lunch amongst many wild flowers.  There weren’t many butterflies around but we saw our first Painted Lady of the year. 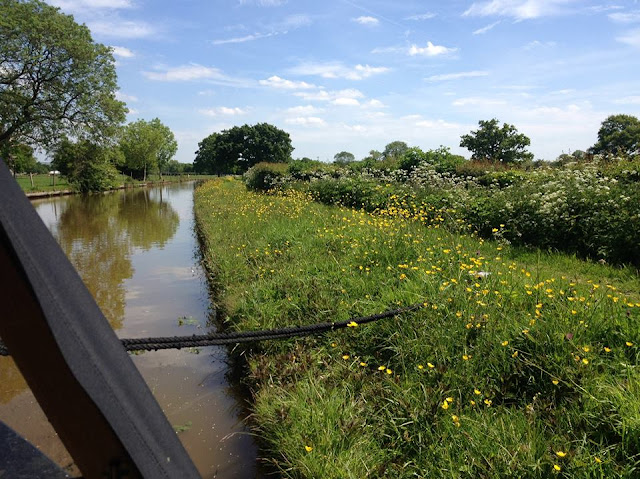 And the wild yellow irises (flags) were beginning to flower. 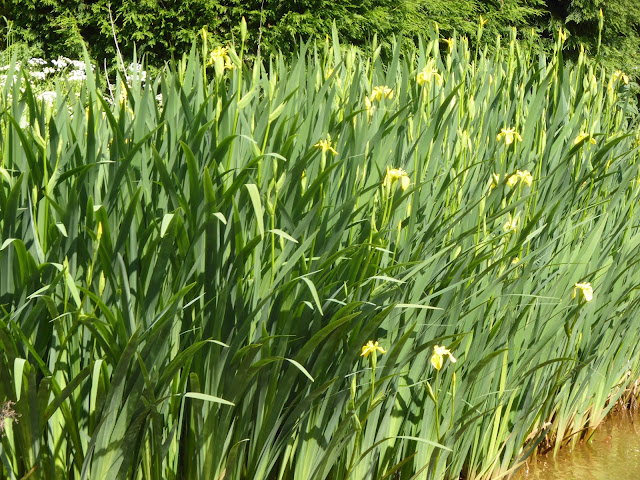 We’ve mentioned Karen’s flowers and plants so here are a few pictures of some of them. 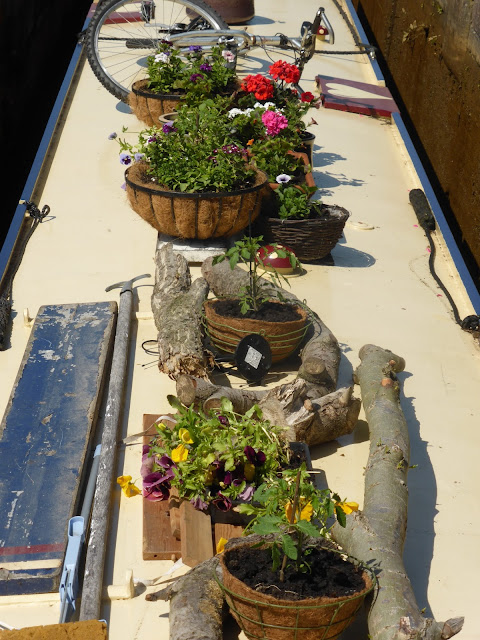 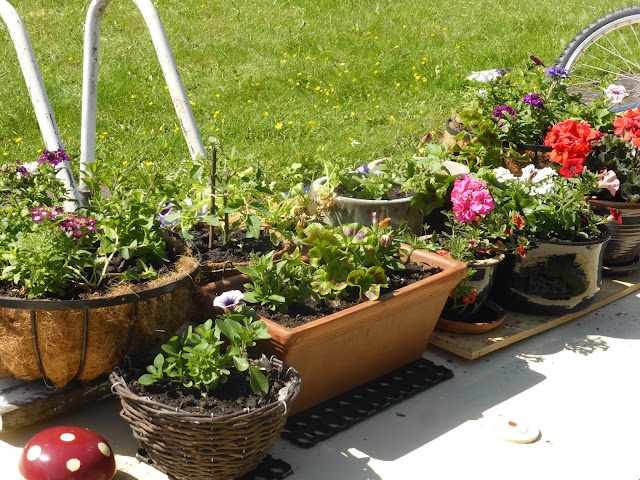 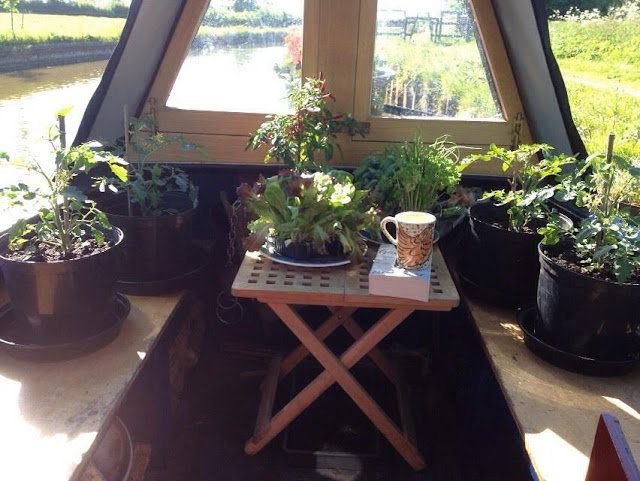 One of the locks was out of action because the lower cill protector had come adrift. 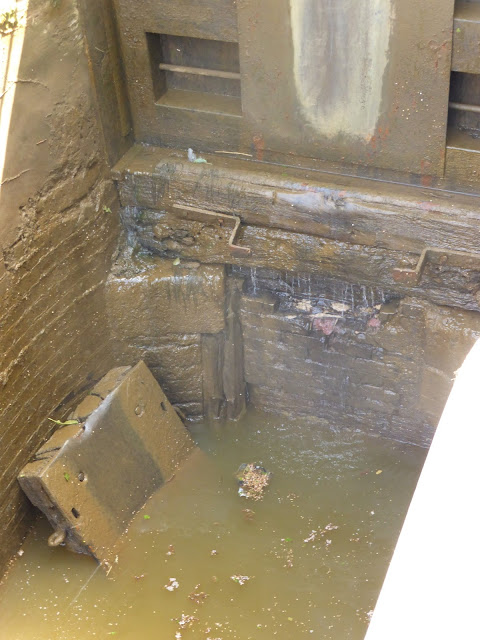 The CRT guys who were assessing the situation were really friendly and gave Karen a detailed account of how the repairs were going to be effected. 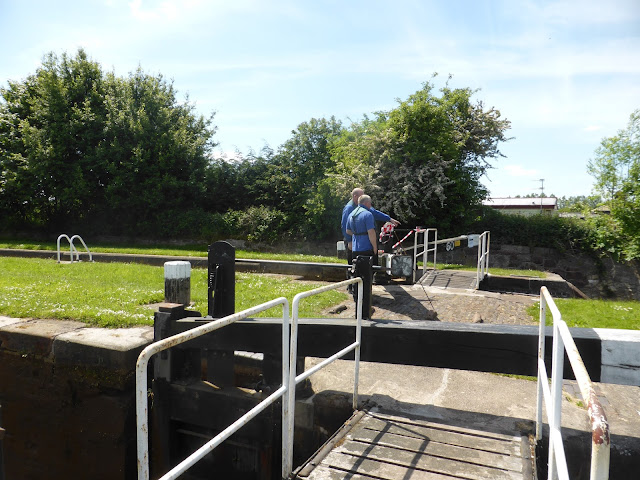 We passed a CRT yard again and noticed that their stanking plank warehouse had been restocked. 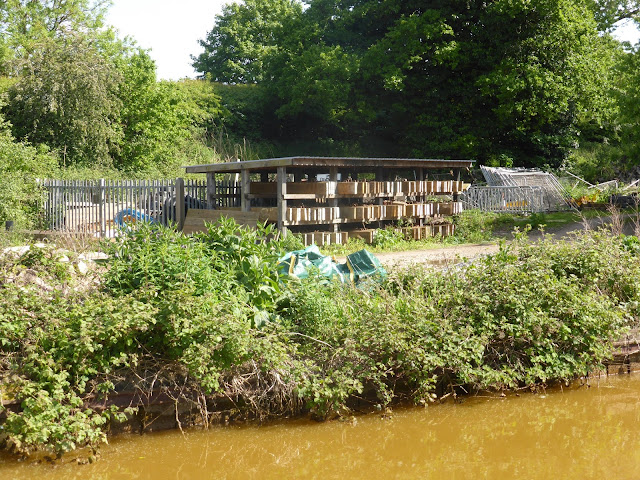 They also had an old lift bridge that wasn't there before. 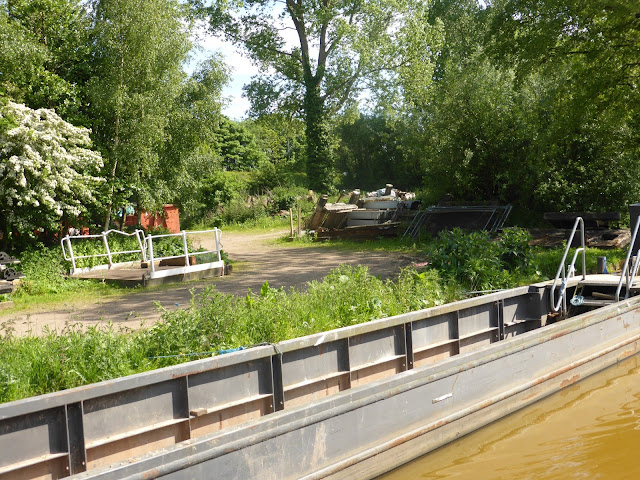 And also a few old stanking planks that had been sawn in half for some reason. 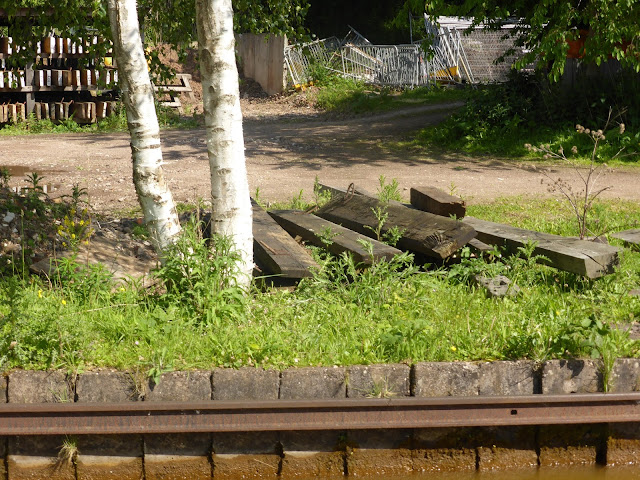 We moored for the evening at Church Lawton – as in the photo at the top of the page.  All in all we had a wonderful day and sat in the cratch for dinner feeling very happy.