Having been in Bugsworth since Sunday we finally left after lunch on Thursday.  We were chased out by this mother mallard whose 12 ducklings were finding it hard to keep up with her. 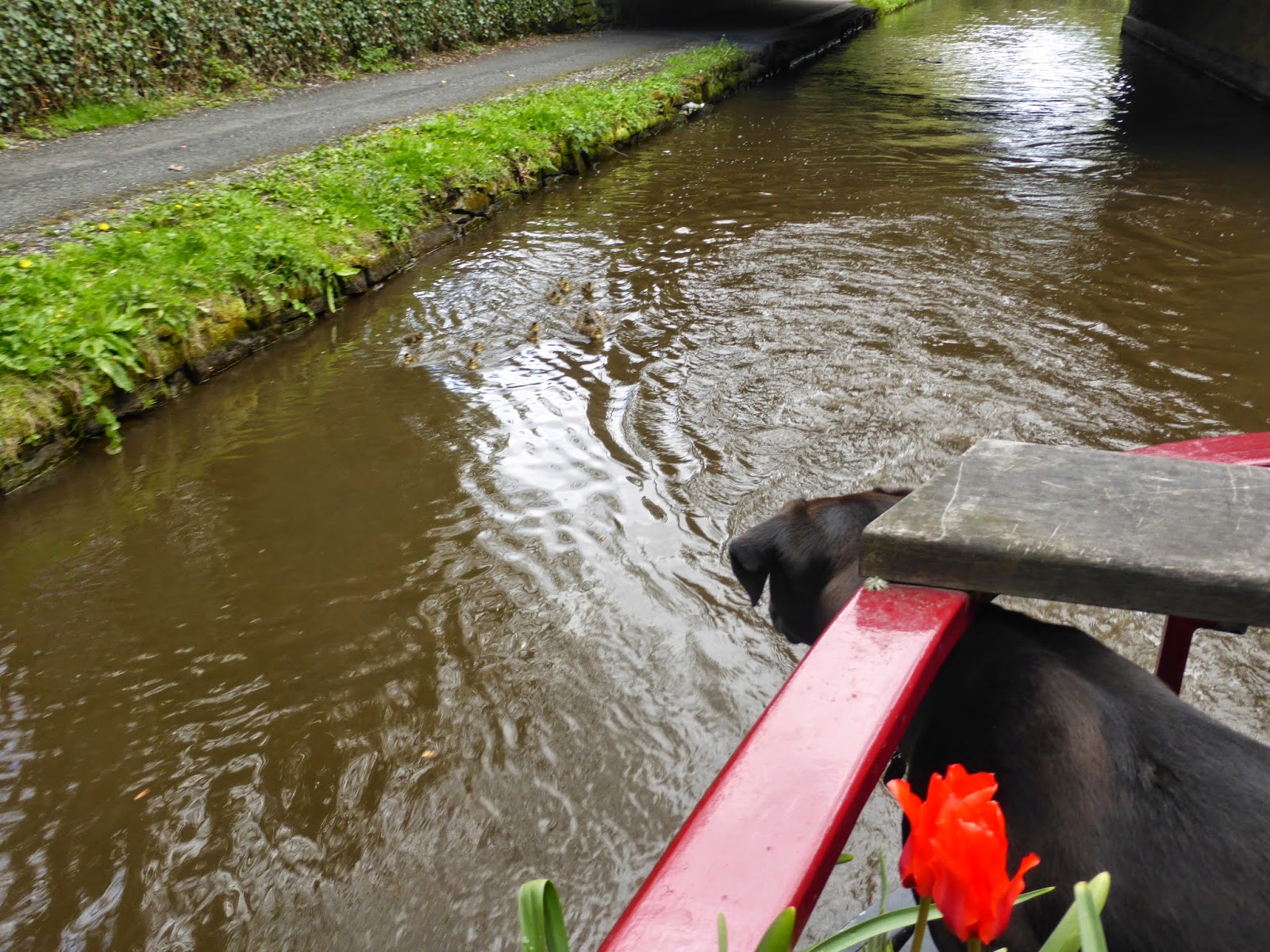 When we saw an umbrella on top of a rotary clothes line on the back of a boat we assumed it was because it was under trees and therefore was a way of keeping the washing dry.  When we got closer there were no trees over it and it was just a way of keeping the washing dry – we assume the owners had gone to work and were prepared as rain was forecast in the late afternoon. 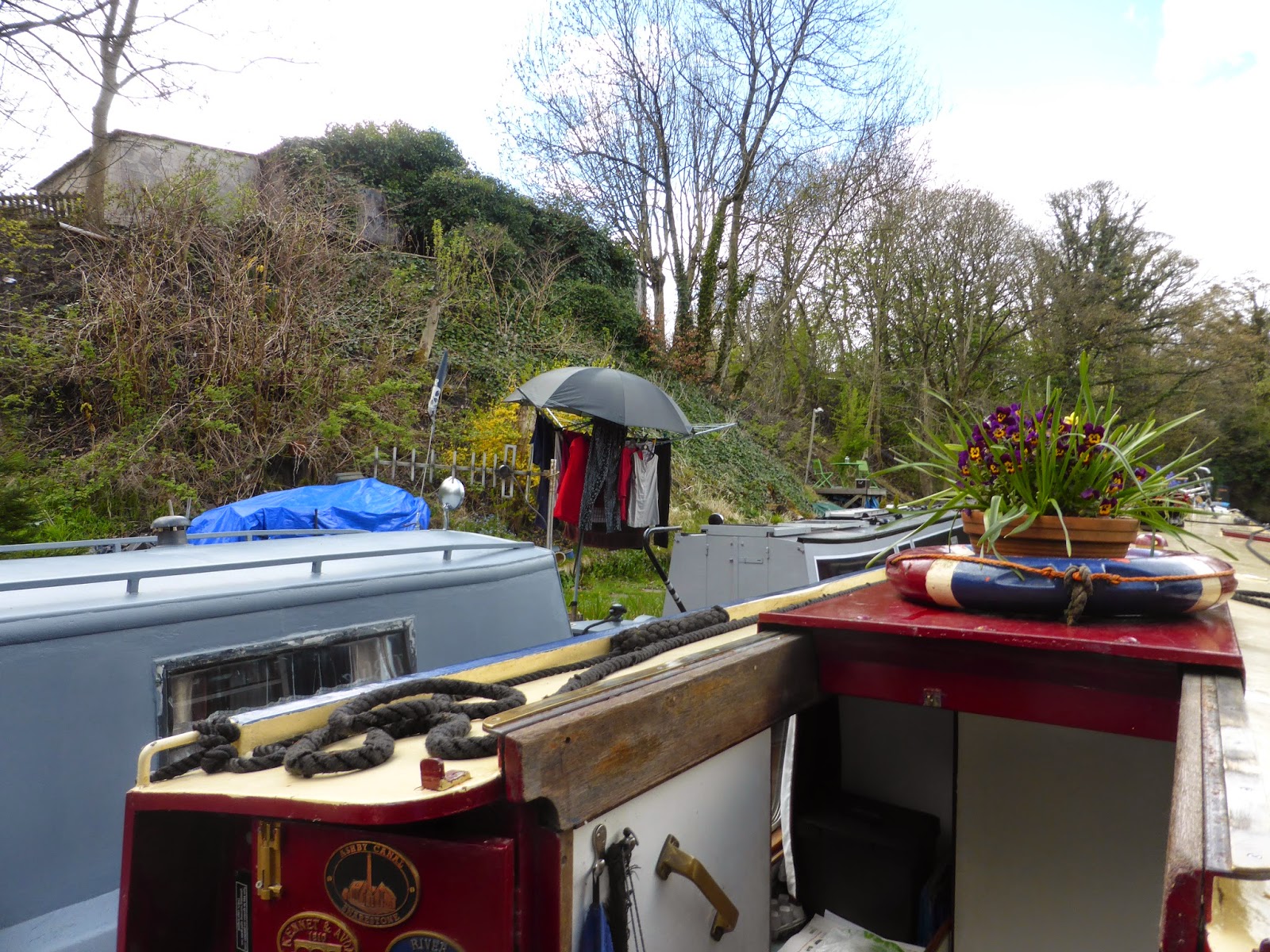 This boat was painted in Del Boy’s livery and made us both smile. 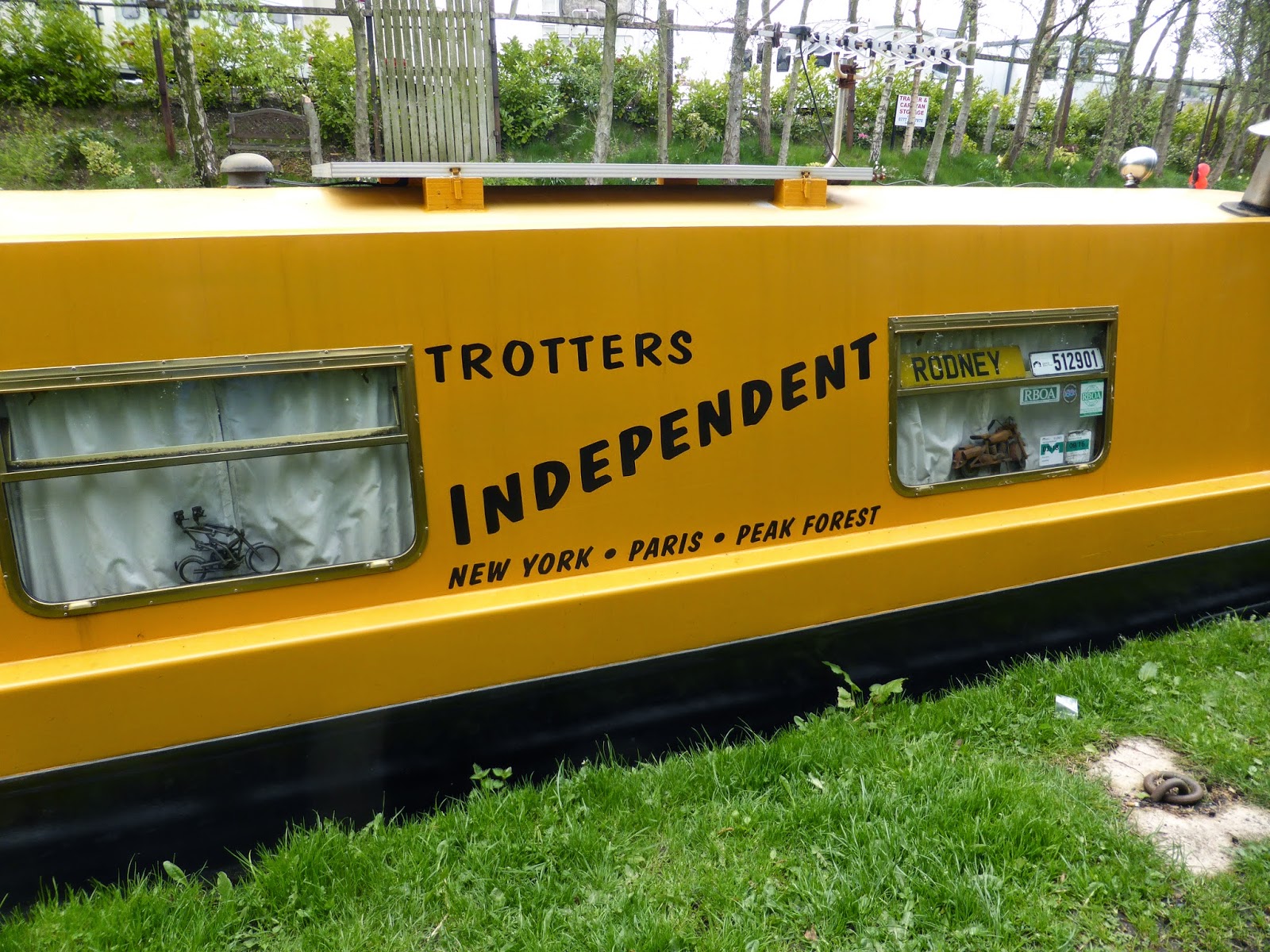 On the way down to Bugsworth we had passed Swizzle’s Sweets factory but not smelt it as it was a Sunday.  When we went past on Thursday it was in full operation and the smell of Lovehearts was really strong but pleasant. 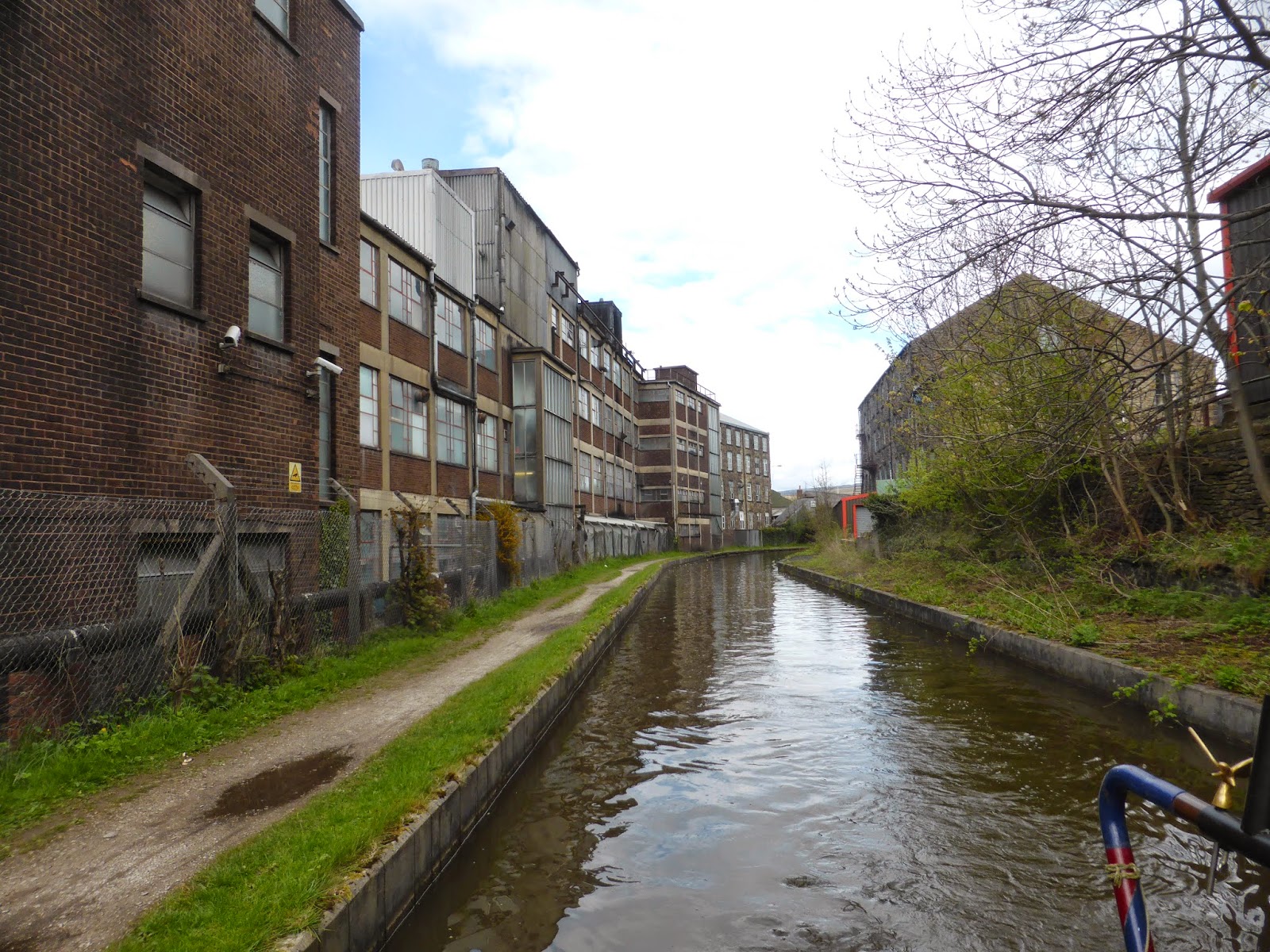 We moored up just before we got back to Marple.  For some reason I felt really cold – colder than any time over the winter so we retired inside and got a roaring fire going.

We were going to an old fashioned cinema in Marple but as the only show was at 20.15 and I had got cold we stayed in instead. 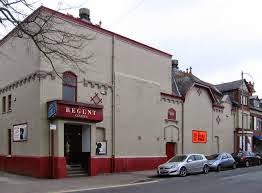 We both felt happy that we were on the move again.