We headed off on our roundabout route to Stratford On Avon on Wednesday morning.  We stopped for water at Cambrian wharf.  It took a record 1 ¼ hours to fill up so we had plenty of time for breakfast.  This was the first day for what seems like ages that hats, coats and gloves could be dispensed with.

Our first task was to descend the 13 locks on The Farmers Bridge flight.  These are on the BT Tower side of the city and in one place there was even a lock in a tunnel. 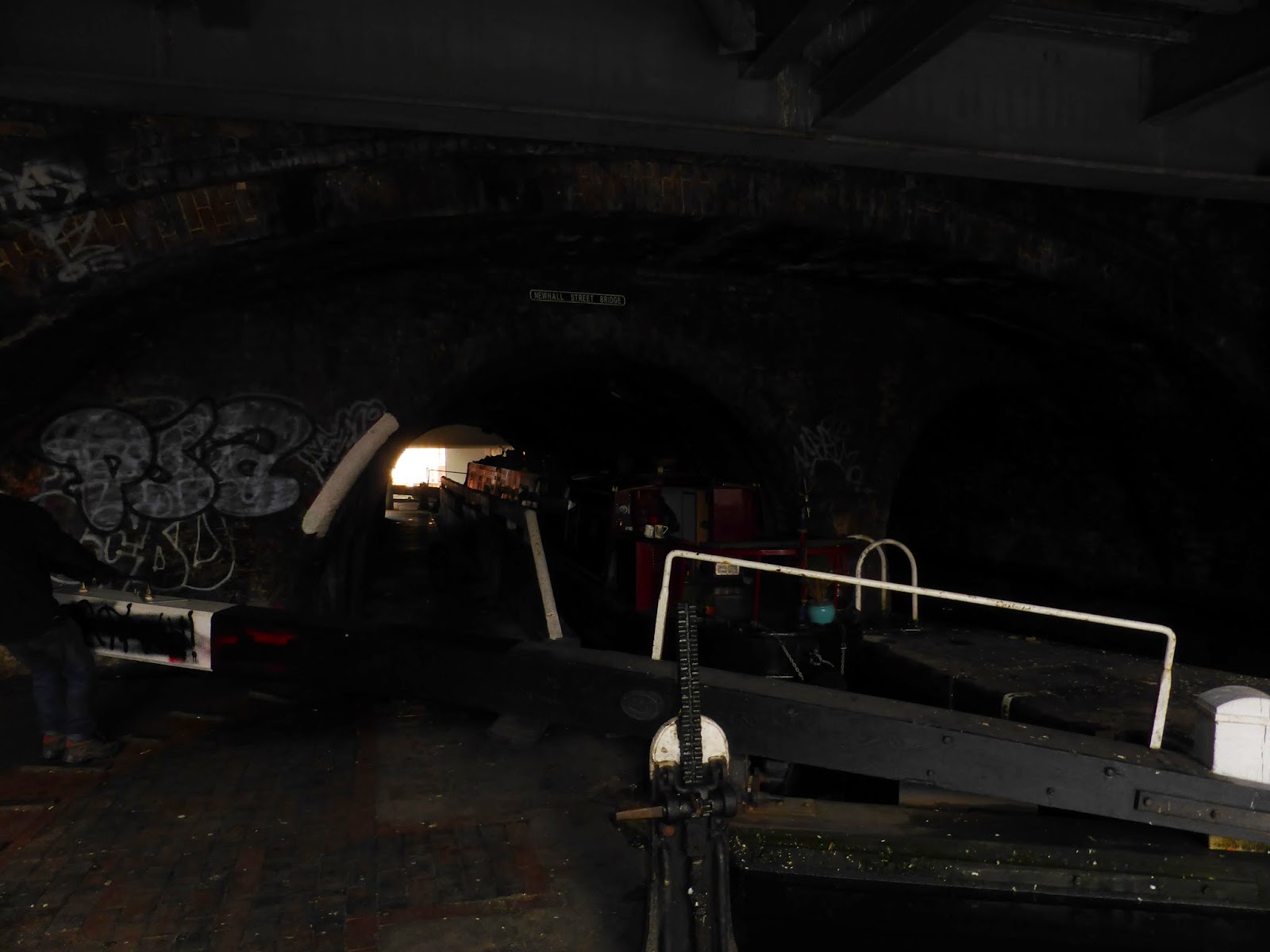 Many of the locks were under office blocks and all were covered in graffiti. 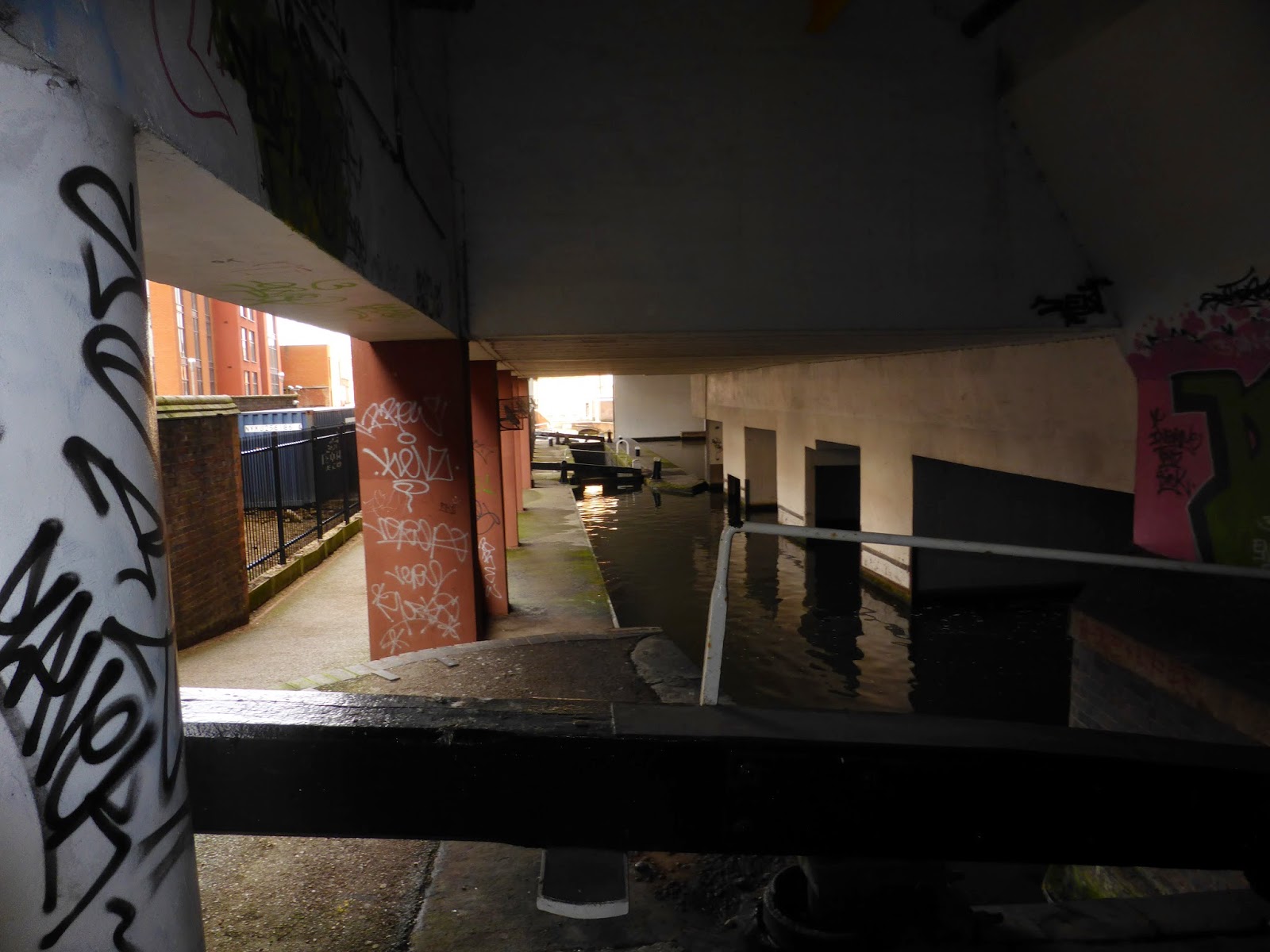 Three architecture uni students watched us for a while.  Their project was to design living space under a bridge across the canal.  They had never seen boats moving on canals before so were really excited.  We let them have turns having a ride on the boat.  At least they learnt that their designs won't have to leave much clearance for narrow boats. 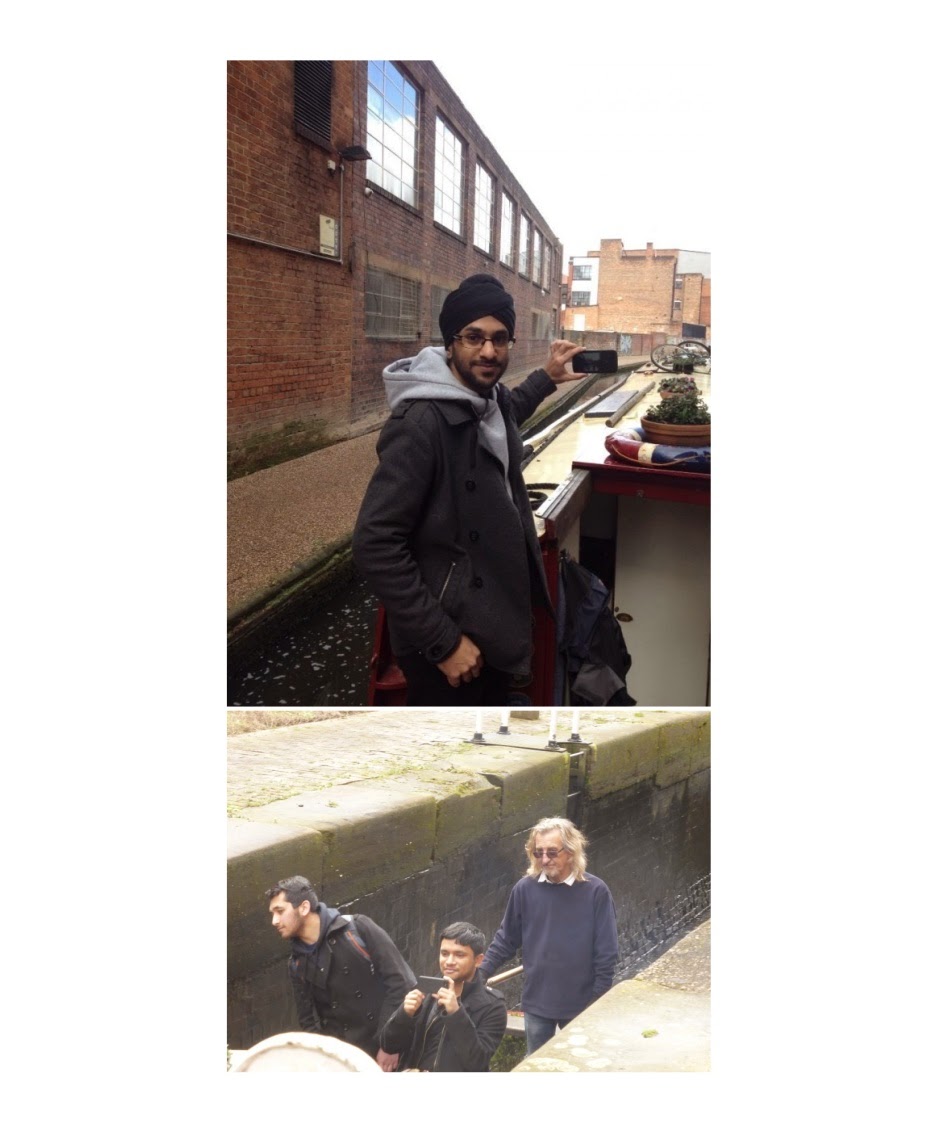 After the 13 locks we moored up for lunch at Aston junction.  The Digbeth canal goes off to the right but is closed at the moment for maintenance so we had to head north.  This means we have to make a further diversion of 16 locks and seven miles. 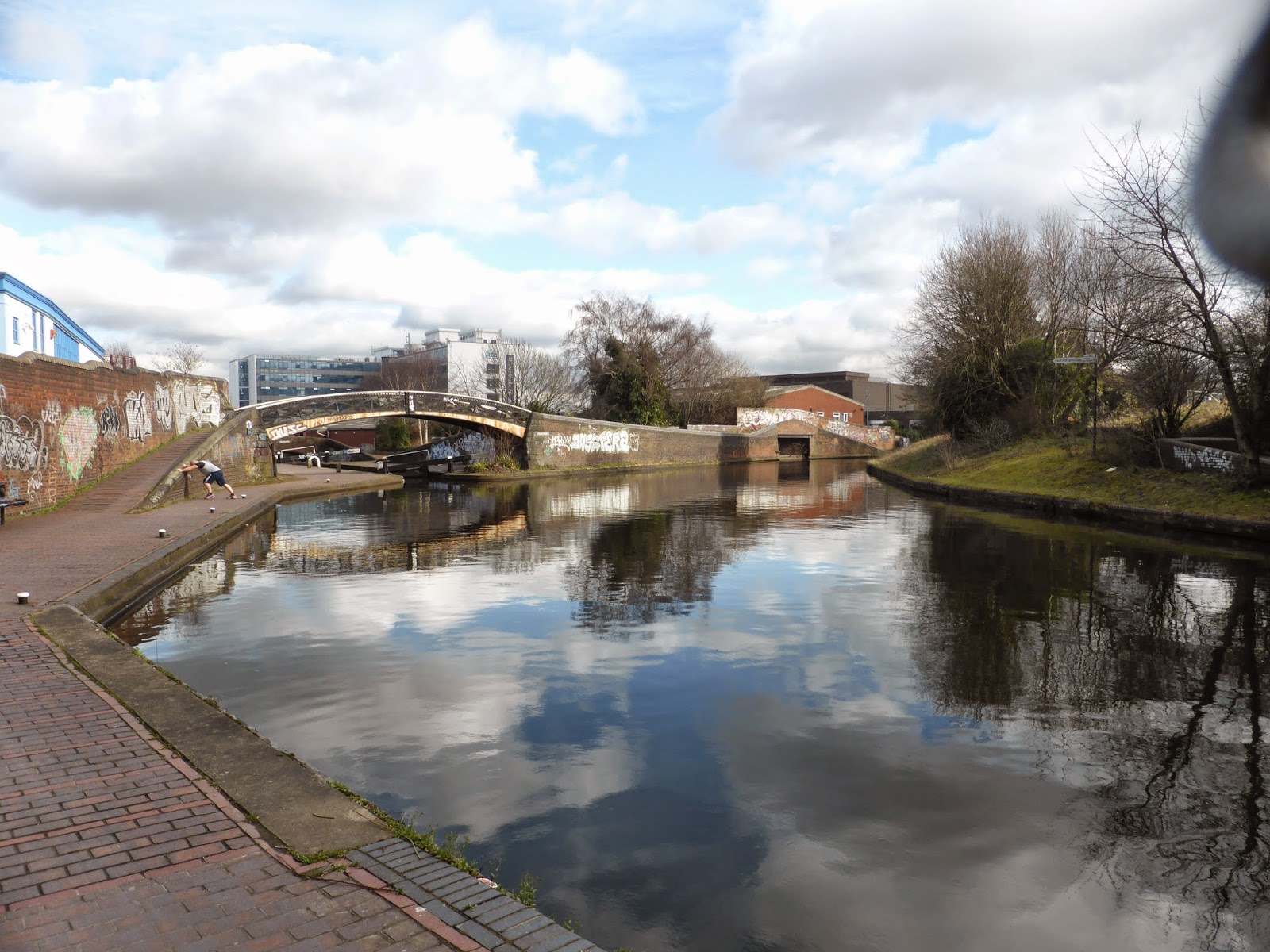 Some of the locks had bridges that are only fixed on one side.  This was to allow ropes to pass through the bridge so the horses did not have to be unshackled when going into the locks. 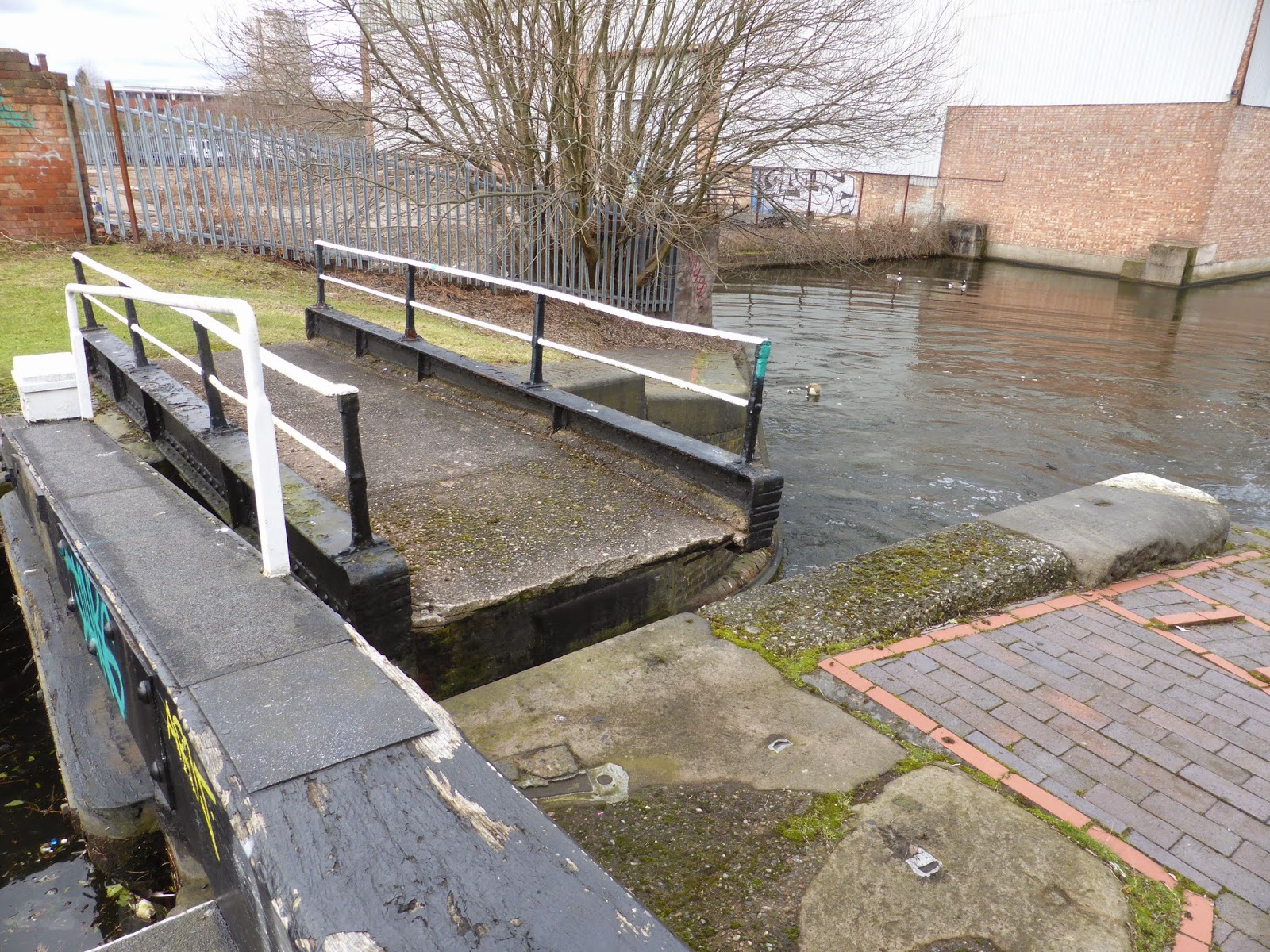 After lunch we had another 11 locks to descend on our way to Salford junction.  As both flights had locks very close to each other we could get into a good rhythm.  I would steer into a lock and close the gate and paddles behind me.  Karen would be at the next lock getting it ready for me to go into.  I would open the bottom gate paddles to drain my lock, open the gates, and steer out straight into the lock that Karen had got ready.  While I was doing that Karen would go back to the previous lock to close the gate and paddles.

We hit the M6 again with a four way canal junction underneath it; we had come up from the south west on the Birmingham & Warwick canal.  The Tame Valley canal goes north west.  The Birmingham & Fazeley off to the north east and we swung round to head south east on the Grand Union canal.  I couldn't help smiling as there must have been an edict to convert signposts to kilometres and someone had made a bit of a cock up of it. 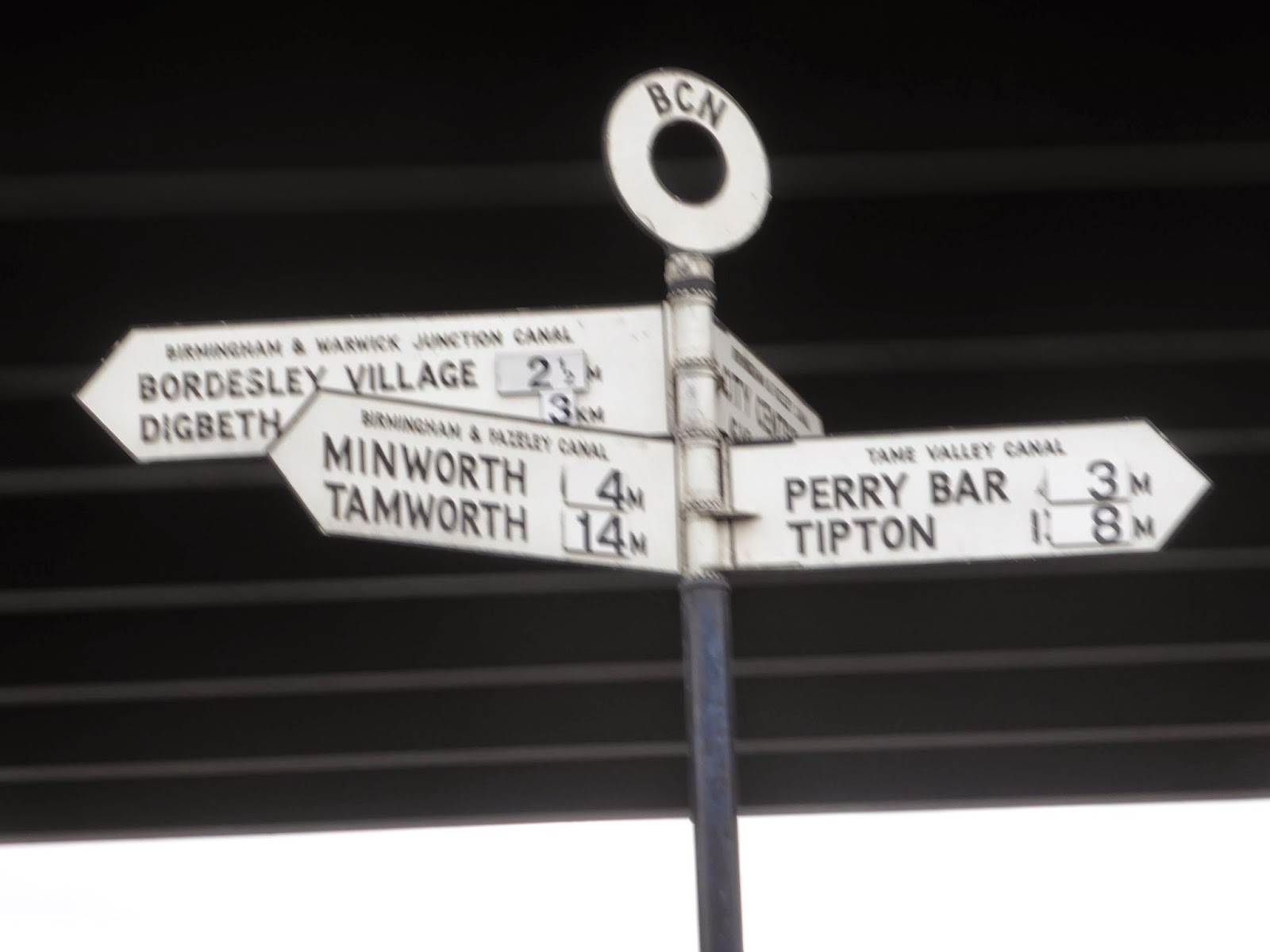 Considering this was the start of the Grand Union there were no signs to welcome boaters, just more graffiti. 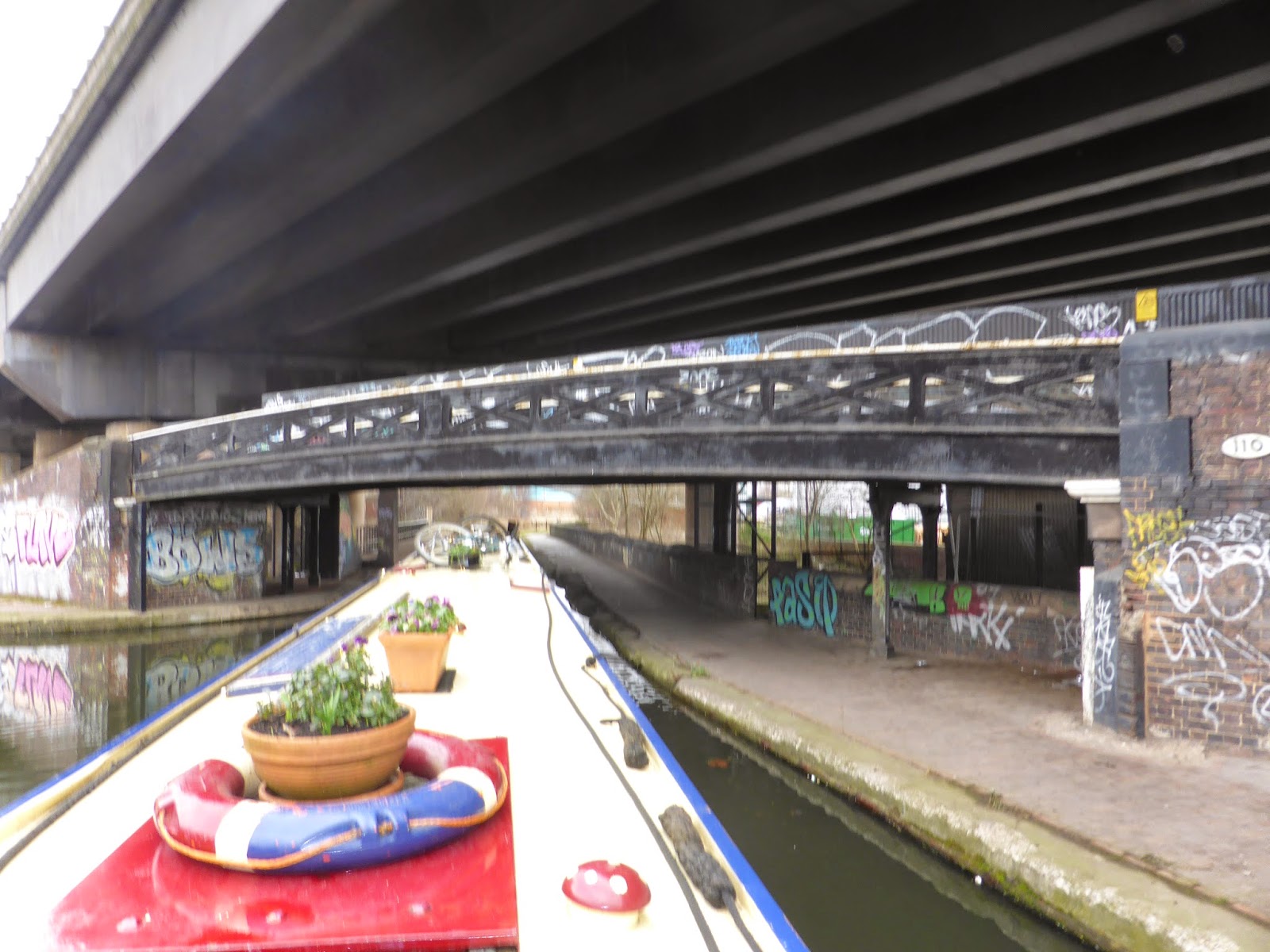 We went over two aqueducts over rivers whilst we were going under the M6. 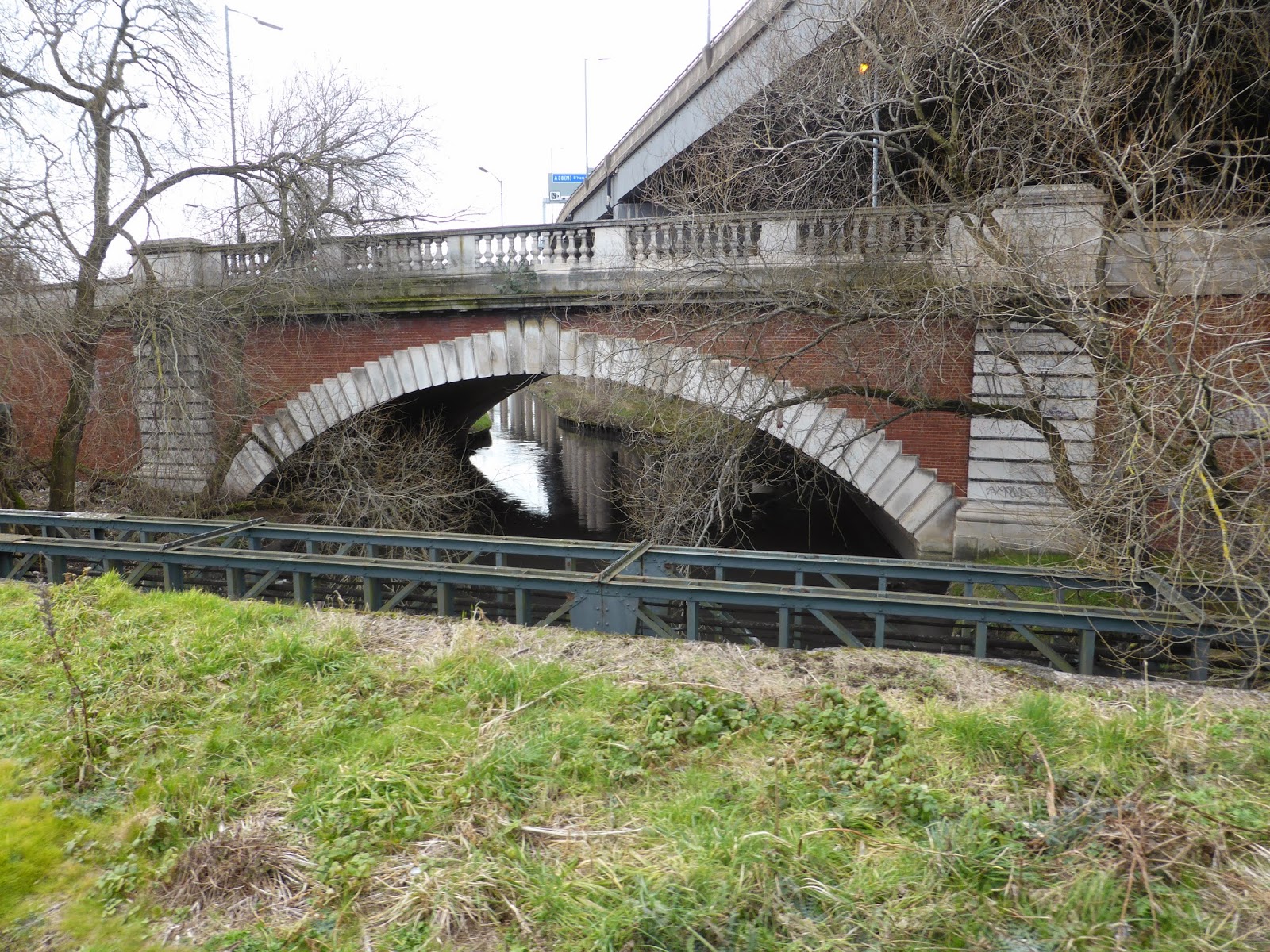 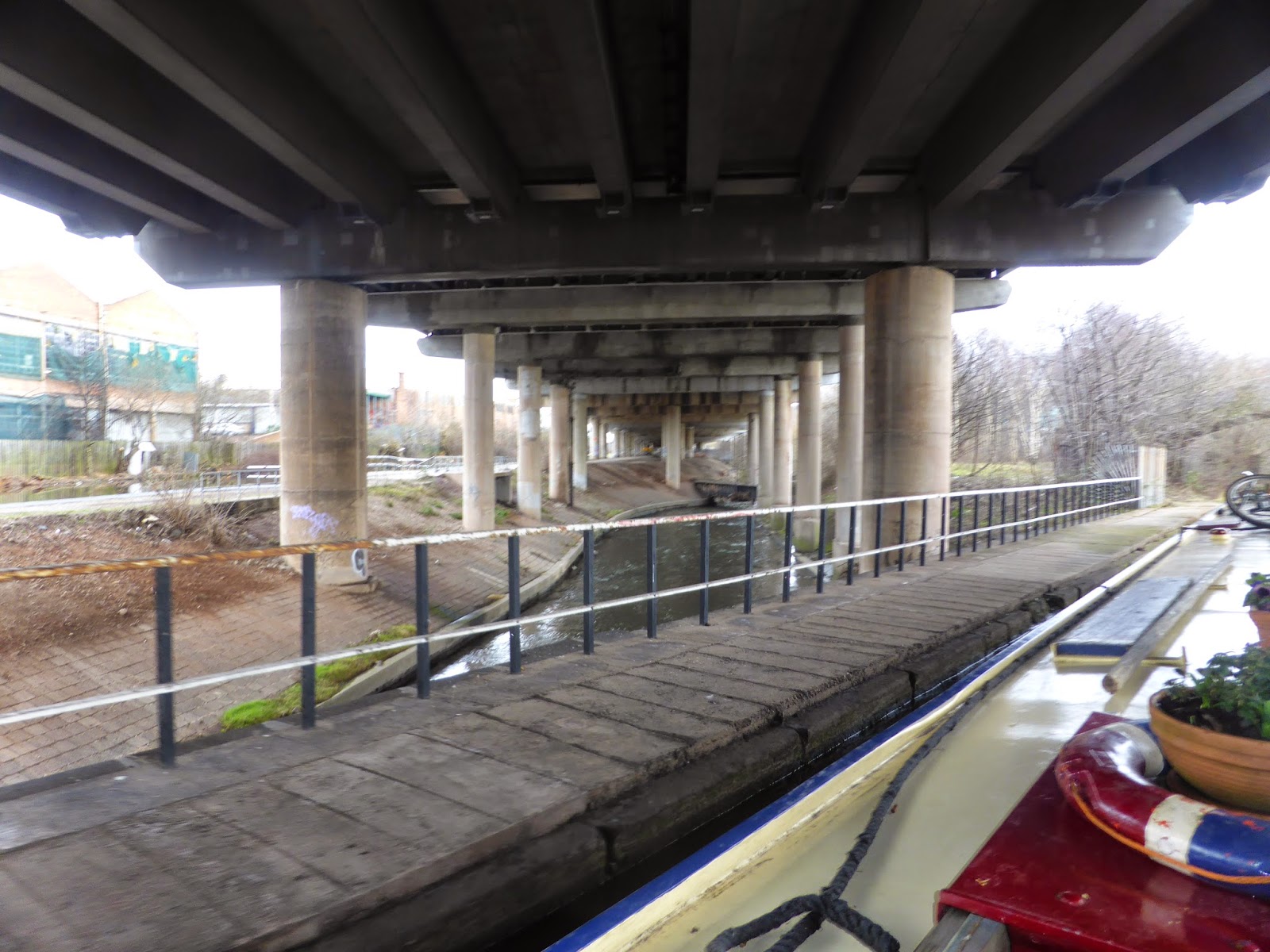 We moored outside Star City (apparently the largest entertainment centre in the Midlands).  Not really our sort of place but the moorings looked safe and we fancied watching The Theory Of Everything.  For some bizarre reason it was only on at 11.00 and 14.00 so we missed it.  Anyway we’re more than happy staying on the boat for the evening especially after such a brilliant day in the sunshine and the hard work involved in descending 24 locks.

Excluding the lock in the tunnel here are the other 23 locks we went down today. 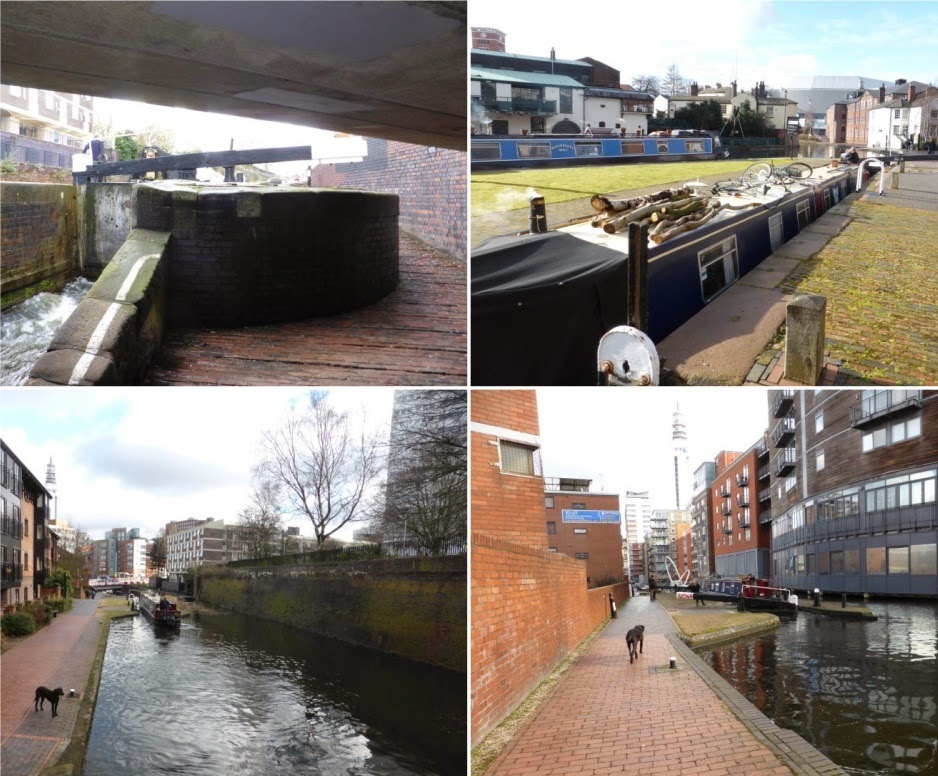 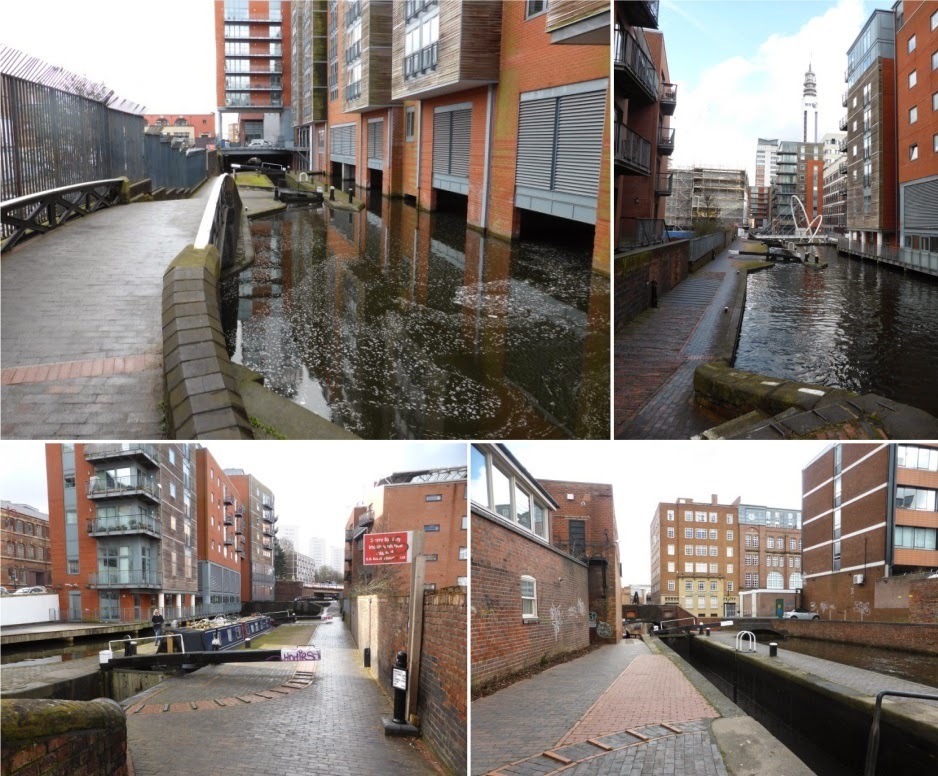 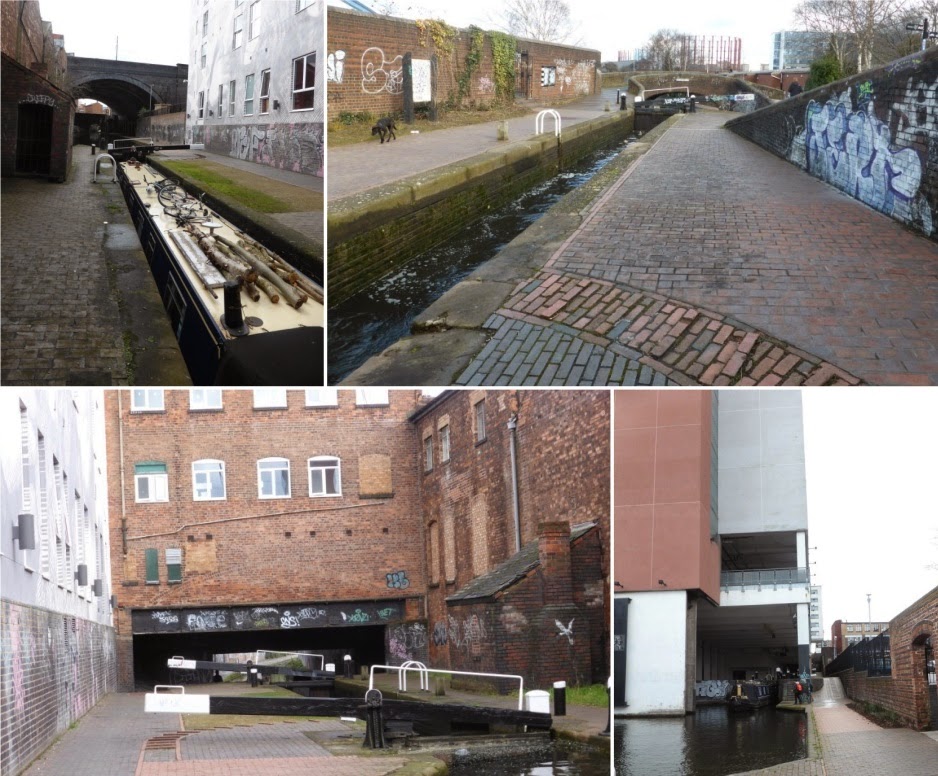 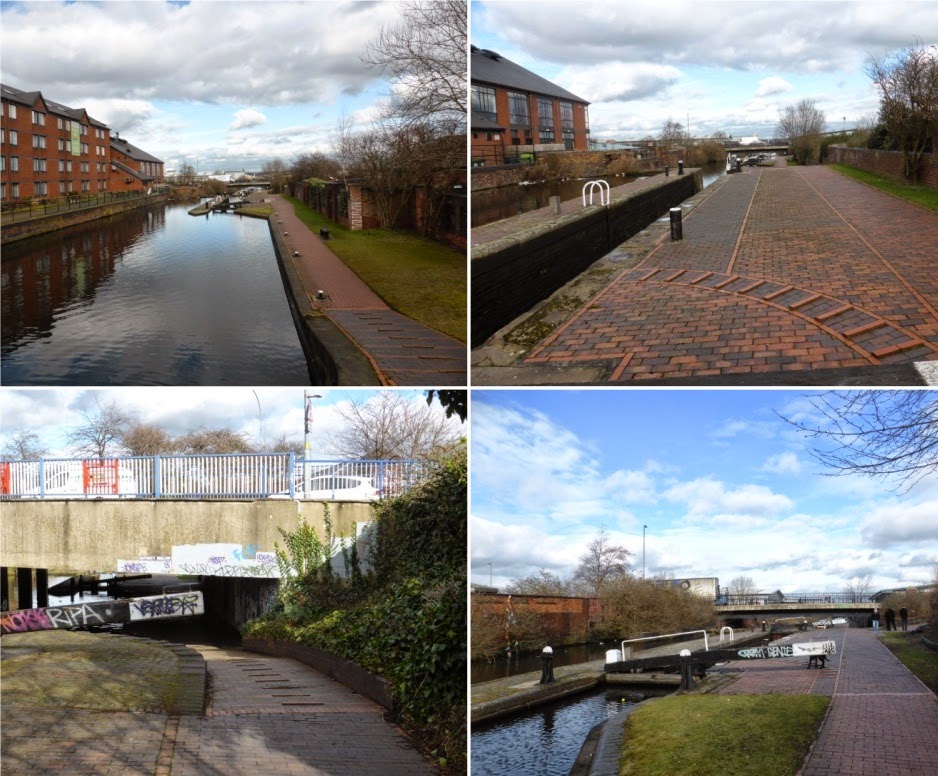 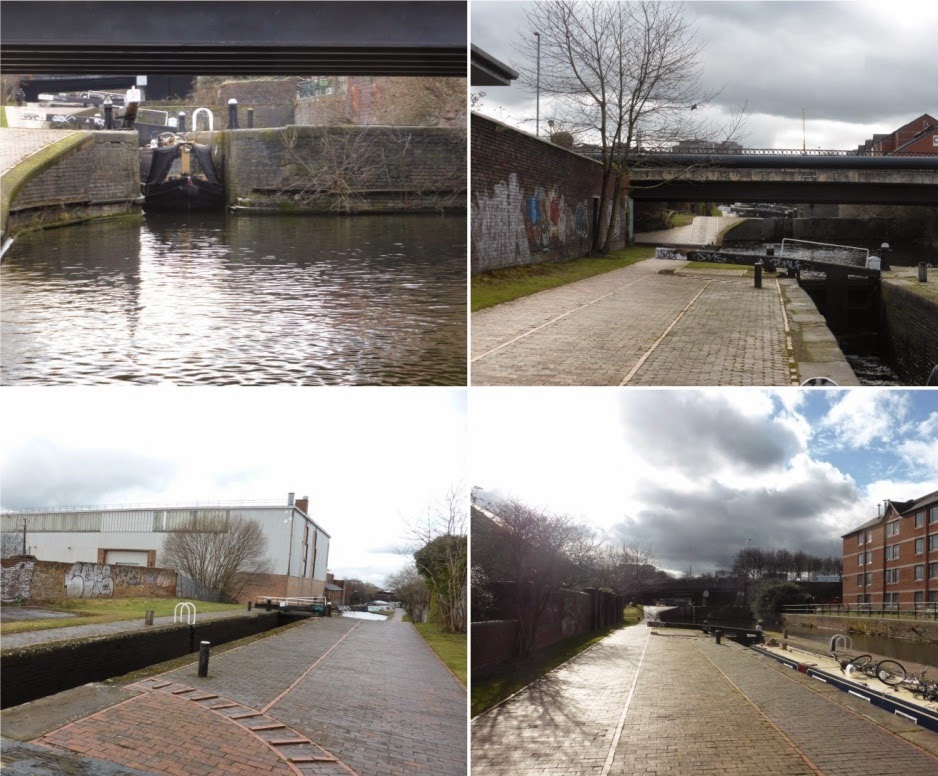 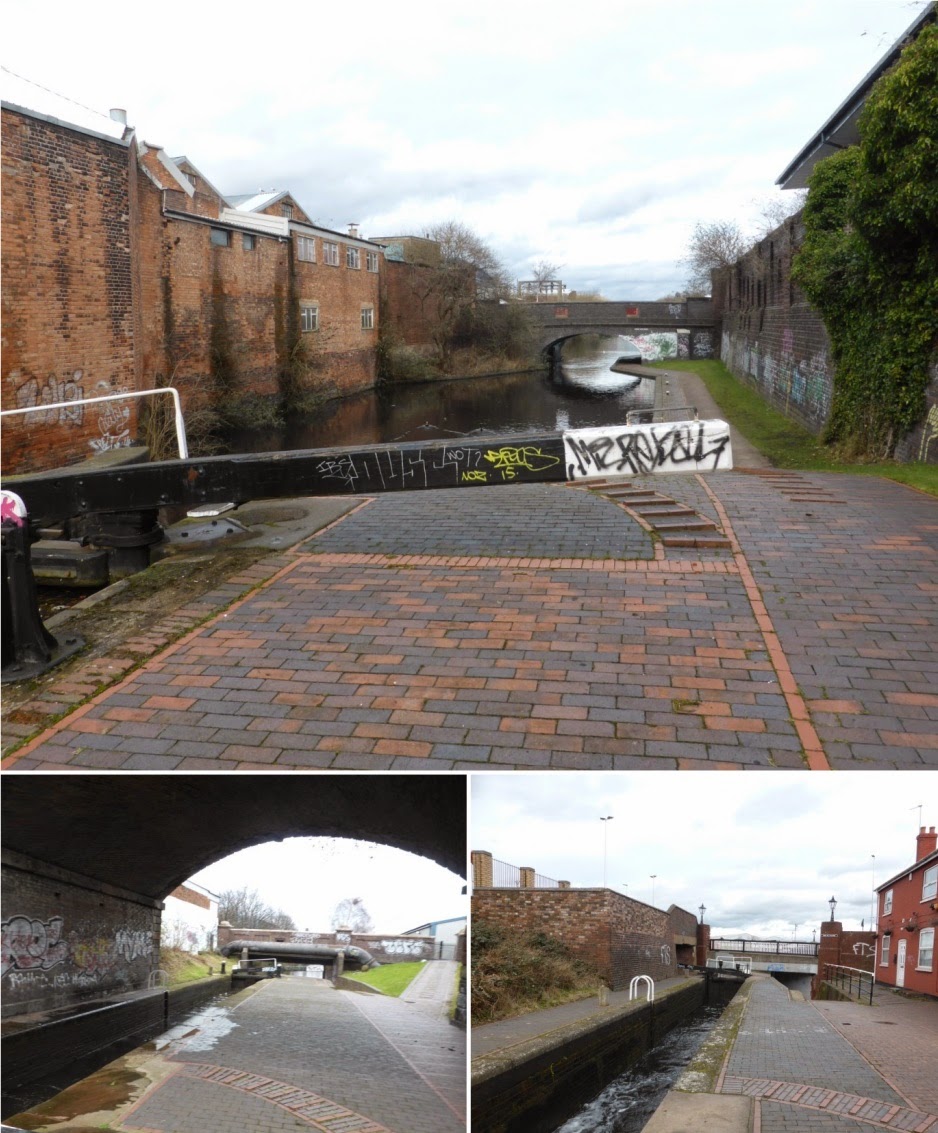